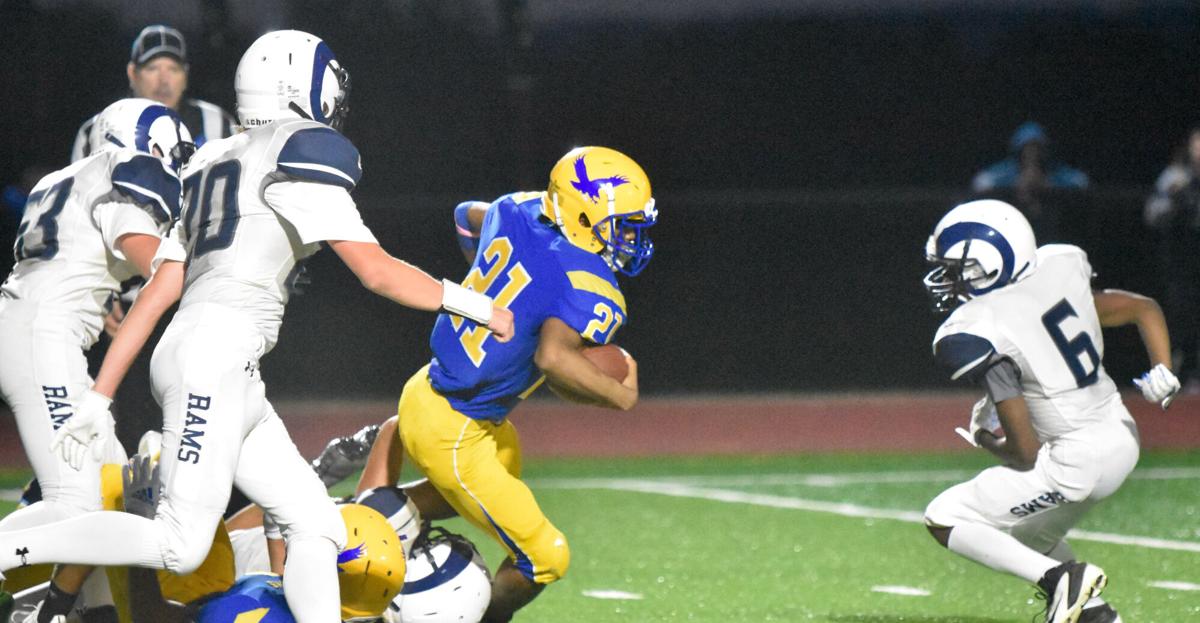 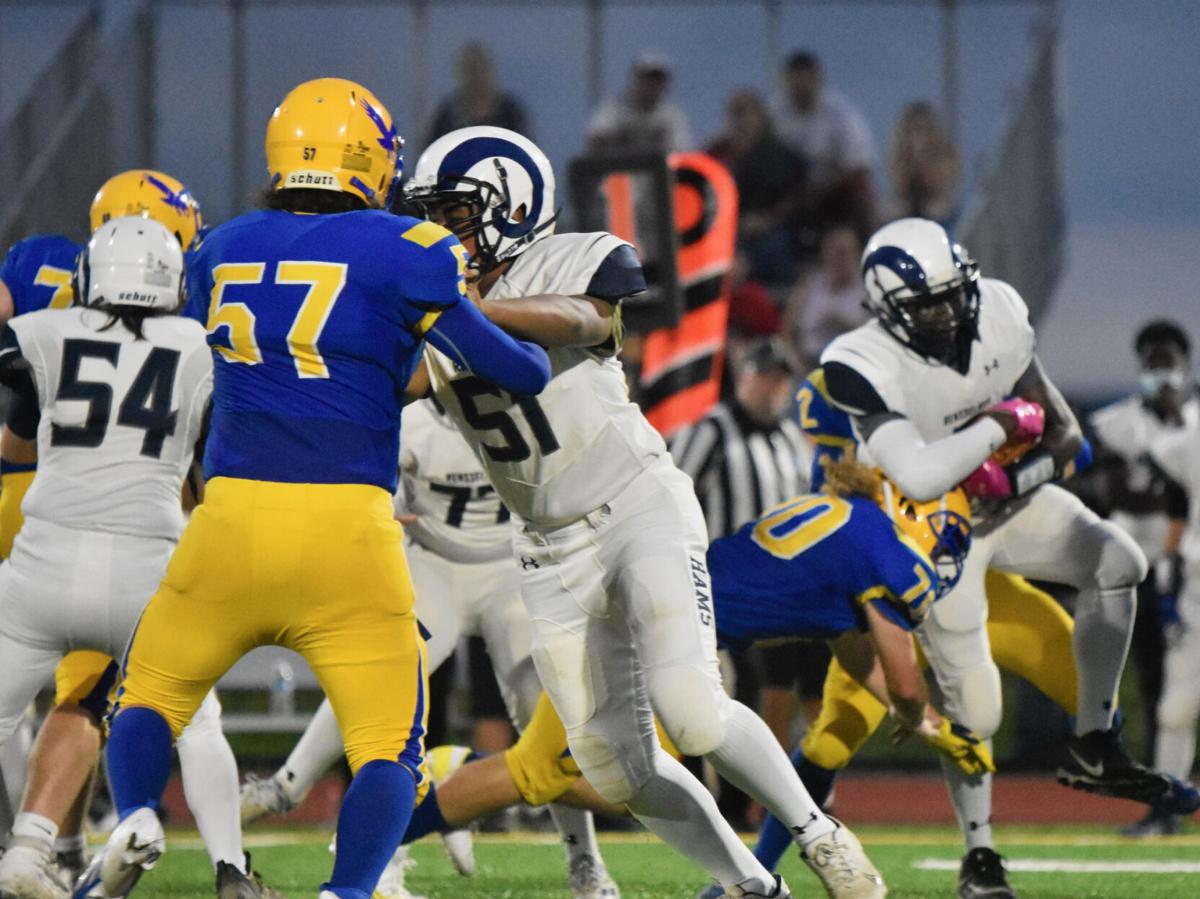 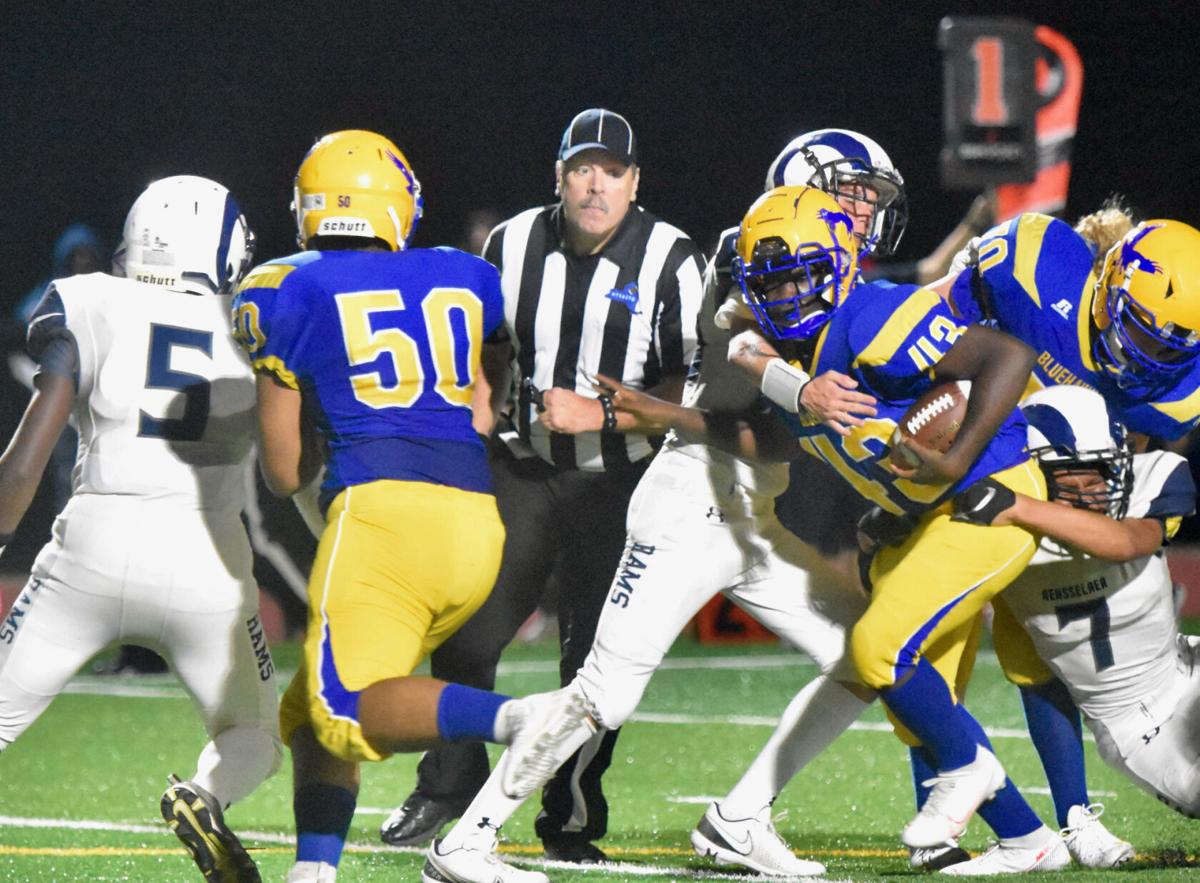 Hudson (2-0) rushed for 370 yards, while the defense had five sacks in recording the shutout.

Curran, Wilburn, Ali, Hromada and Kristyain Clarke each had a sack and Wilburn had an interception.

Hudson travels to Coxsackie-Athens on Friday at 7 p.m.

Riders quarterback Joe Penzabene completed 6 of 12 passes for 141 yards and a touchdown with two interceptions. He also ran for a touchdown.

Thomas Cooper led the Riders’ defense with five tackles and two sacks. Connor Booth had four tackles, one sack and one interception, Gabe DeLong had six tackles and Penzabene had five tackles.

VOORHEESVILLE — Joe Tomlin rushed for 248 yards and four touchdowns and caught a touchdown pass as Voorheesville rolled to a 46-12 victory over Catskill/Cairo-Durham in Saturday’s Class C South Division game at Voorheesville High School.

Tomlin ran for all four of his rushing touchdowns in the second quarter, then caught a 21-yard TD pass from Ryan Conley in the third.

Isaiah Hayden scored Catskill/Cairo-Durham’s first touchdown on a 10-yard run. Brodie Montgomery added a seven-yard scoring run, which was set up by a 45-yard pass completion from Lucas Fisher to James Maynard.

“We played well in the first and fourth quarters,” CCD head coach Lew Jobson said. “The heat was difficult, we missed a lot of tackles and had a touchdown pass dropped on the opening drive. All in all, they played their hearts out. We were happy to play It’s hard when you sit so long.”

Saturday’s game was CCD’s first game after the Mustangs were forced to cancel their scheduled season opener against Chatham on Sept. 3 because of a lack of eligible players.

With Ward leading the way, the Cannoneers raced to a 28-6 lead by halftime and never looked back.

The Titans’ lone score came on a 54-yard interception return by Bo Burns.

Taconic Hills entertains Ichabod Crane in its home opener on Friday at 7 p.m.