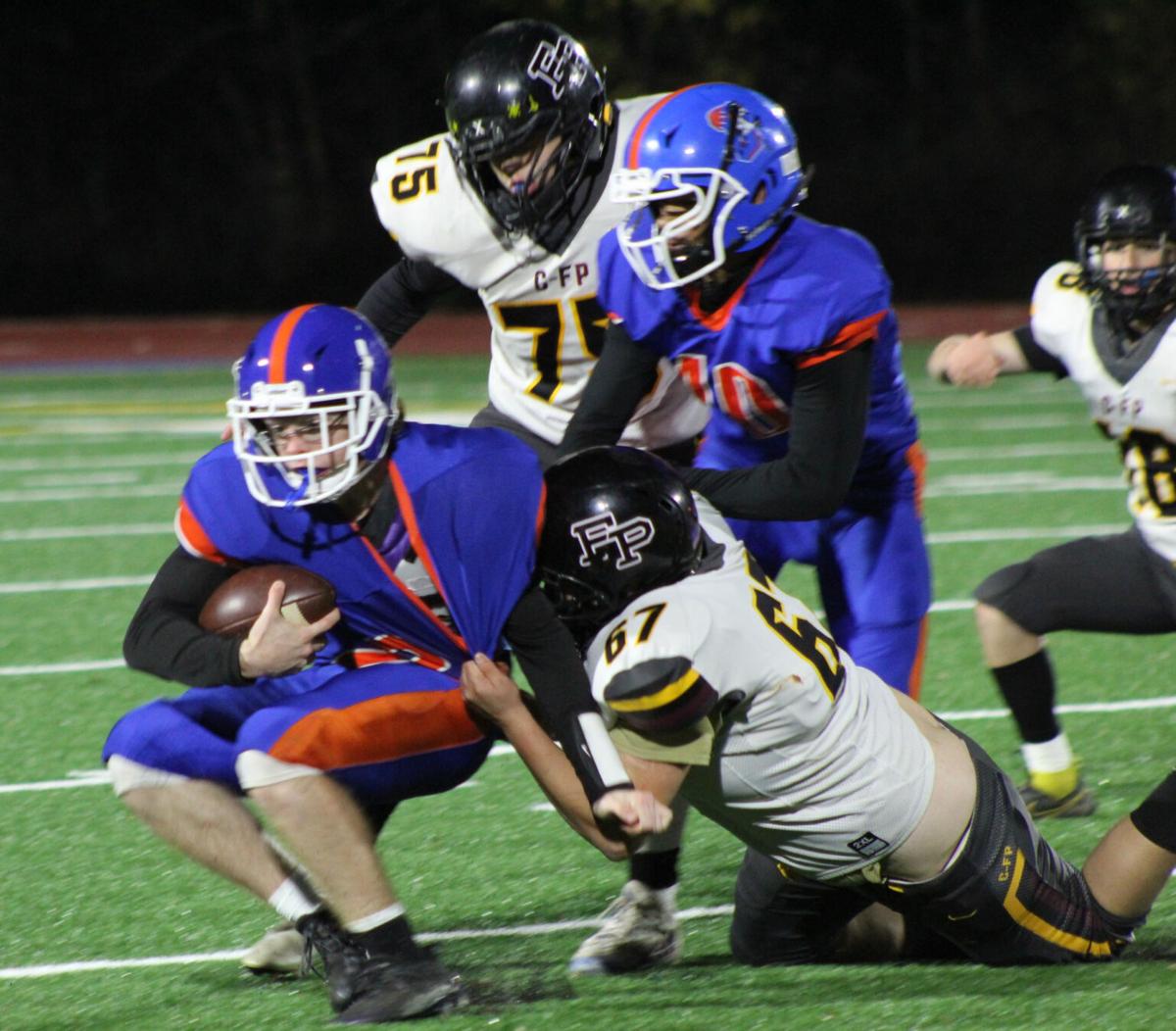 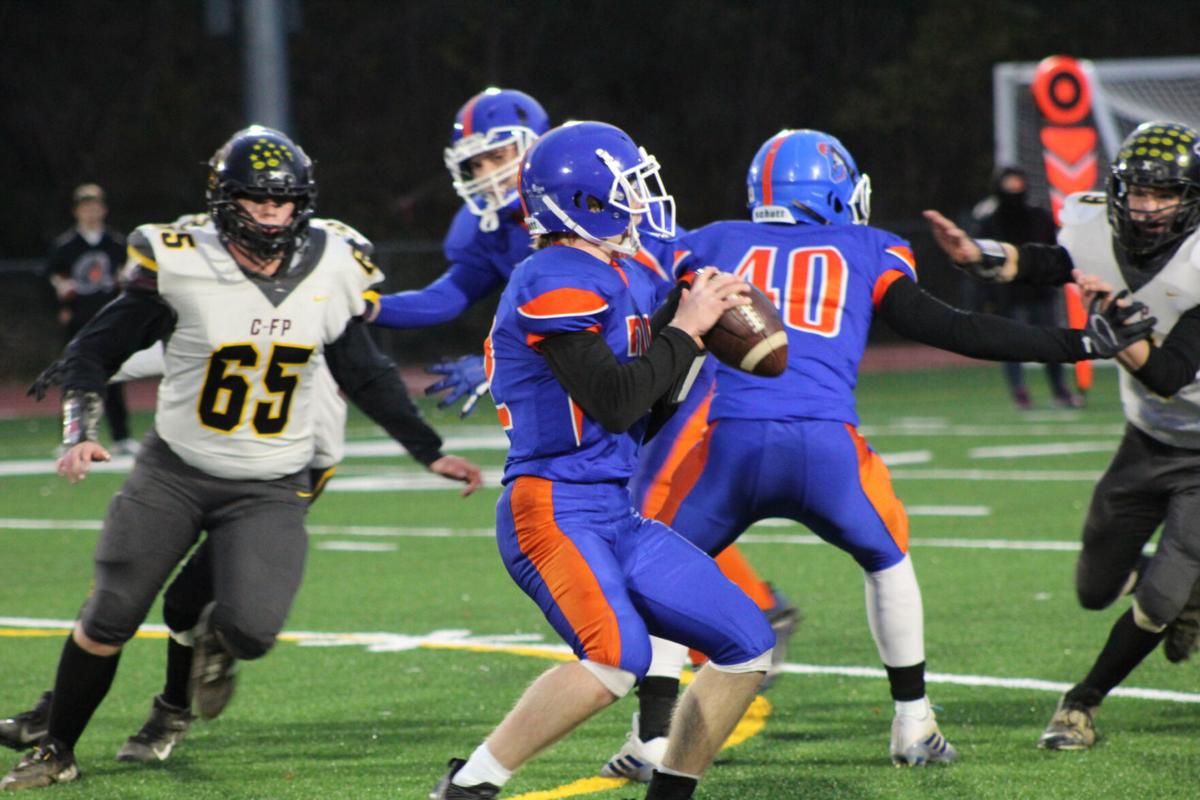 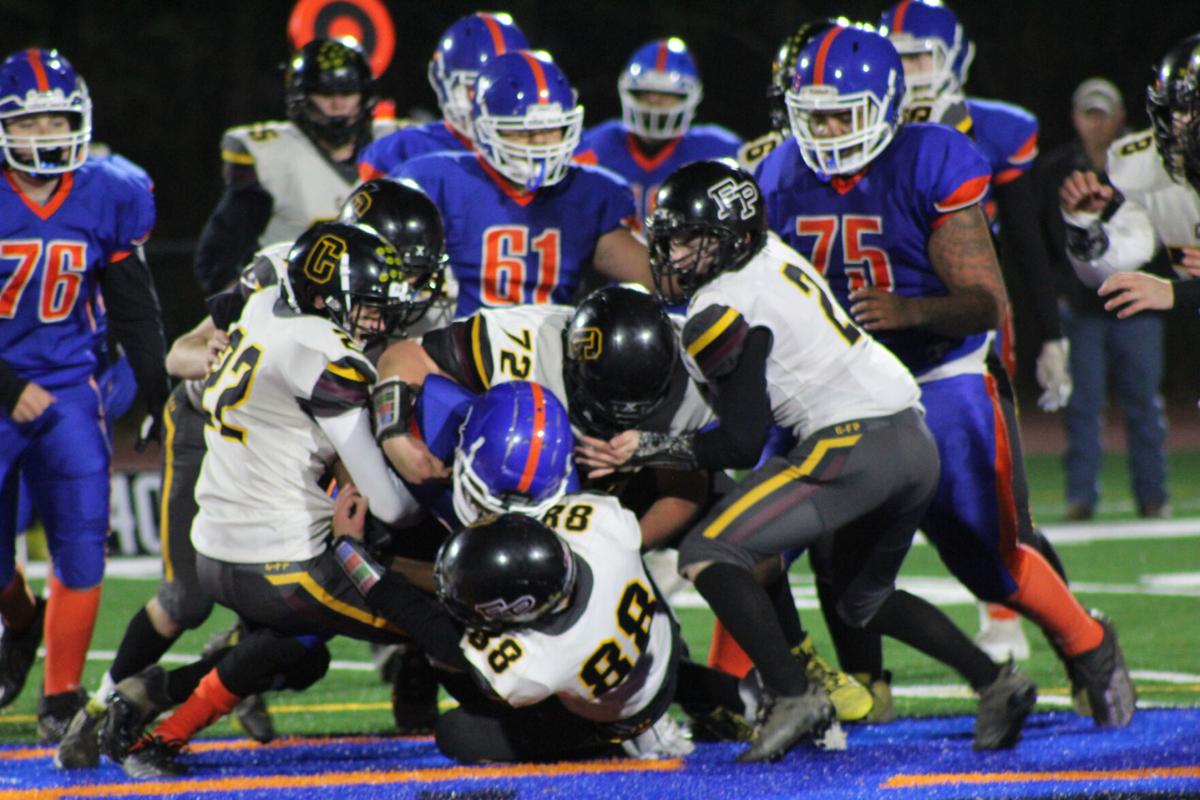 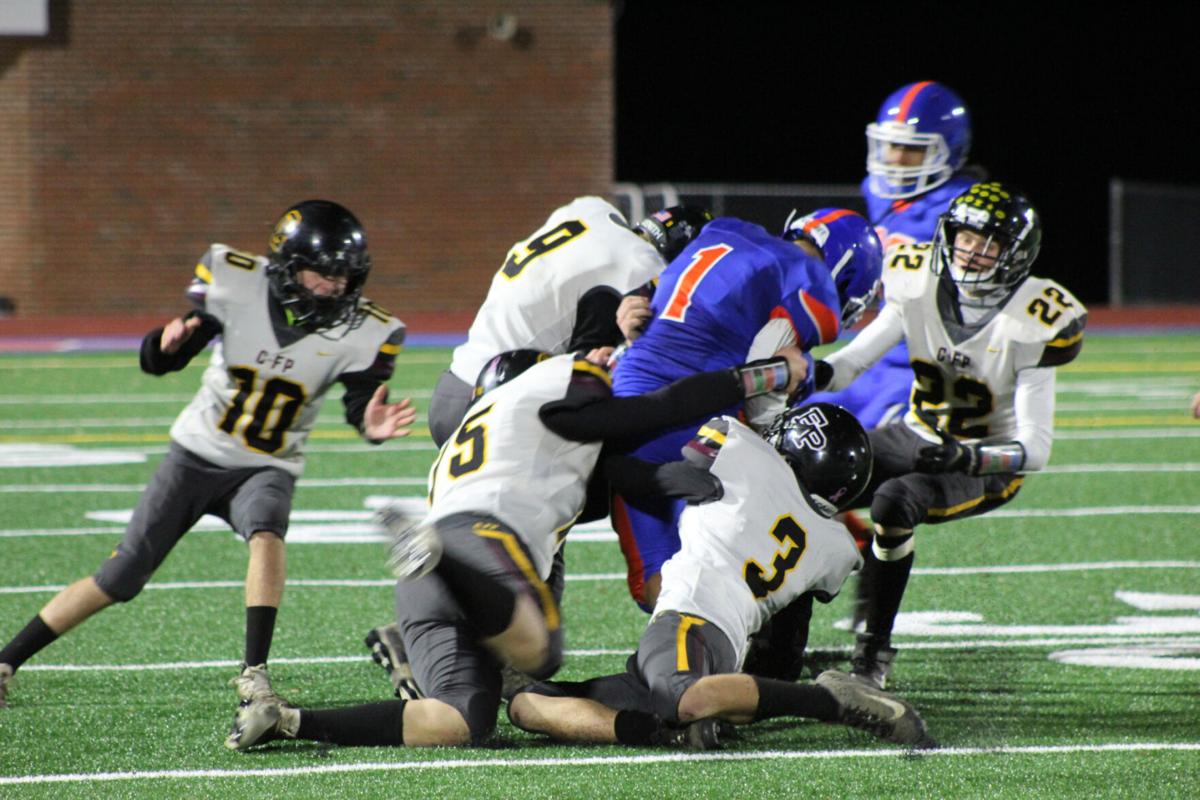 The Mustangs could not get their offense going all night, thanks to a plethora of penalties that permeated their drives. Isaiah Hayden could have had a Mustangs touchdown on their opening series on offense, but he pushed off the defender and was called for offensive pass interference.

Hayden redeemed himself on a third and long play after catching a screen pass and fighting his way on the ground for a Mustangs first down. However on the next play, quarterback Lucas Fisher’s pass was intercepted by the Cougars.

Canajoharie quarterback Zachary Suits completed a touchdown pass to Tommy Weingart for the first score of the game, making it 6-0 Cougars after a missed extra point.

After moving the ball more easily on the next drive, the Mustangs turned it over on downs after Fisher got sacked on fourth down. The Cougars worked the ball inside the red zone and Jayden Johnson crossed the goal line on a shovel pass from Suits for the touchdown. Canajoharie missed the kick again and it remained 12-0 to end the first quarter.

Less than two minutes into the second period, Suits connected with Johnson for another touchdown through the air.

The Mustangs’ next possession was nearly identical to their last as they moved the ball enough to earn one first down, and then turned it over on fourth down again with Fisher being tackled. This was not the first time the pocket collapsed on Lucas Fisher as CCD’s offensive line was just not blocking through the whistle, and stopping in the middle of the play.

The Cougars scored once more before halftime, and took a 24-0 lead over the Mustangs into the break.

CCD came out of the break with renewed energy and forced a turnover on downs by the Cougars when Makhai Henry put a huge hit on the ball carrier in the flat, firing up the CCD sideline and the home crowd.

The Mustangs could not capitalize however and their offense went three and out. After punting back to Canajoharie, the Mustangs soon gave up another Cougars touchdown that widened the lead to 30-0.

The fourth quarter began with the Cougars in the middle of their drive and they extended it to burn over four minutes off of the game clock. With 7:52 left in the game, the Cougars put offensive guard Noah Norton in at tailback, and he took the handoff up the middle and into the end zone for the touchdown. After missing their sixth extra point, the Cougars had a 36-0 lead and had the game put away in the final quarter.

With one last attempt to mount some offense, the Mustangs turned it back over on downs once again, and the Cougars had 2:53 to run off the clock. After a few successful running plays netted them a first down, the Canajoharie Cougars took a quarterback kneel with under 30 seconds to run off and they secured the 36-0 victory over the Catskill/Cairo-Durham Mustangs.