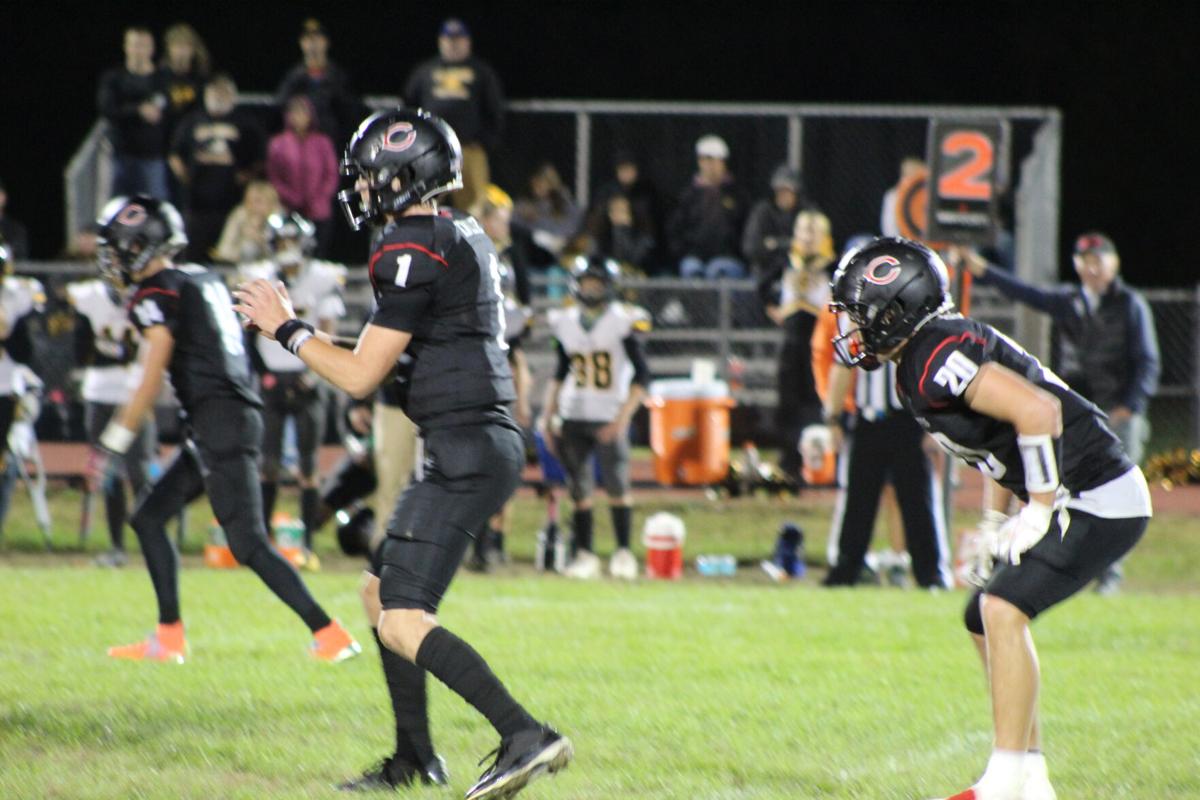 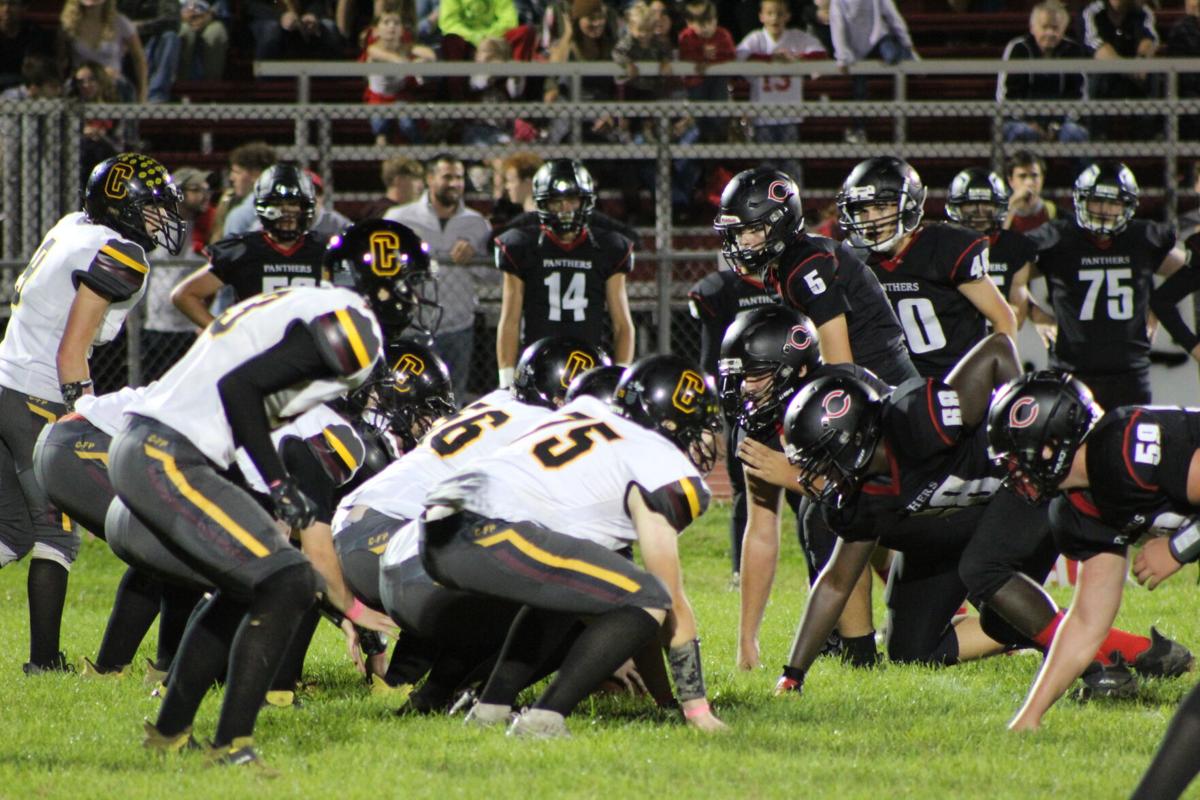 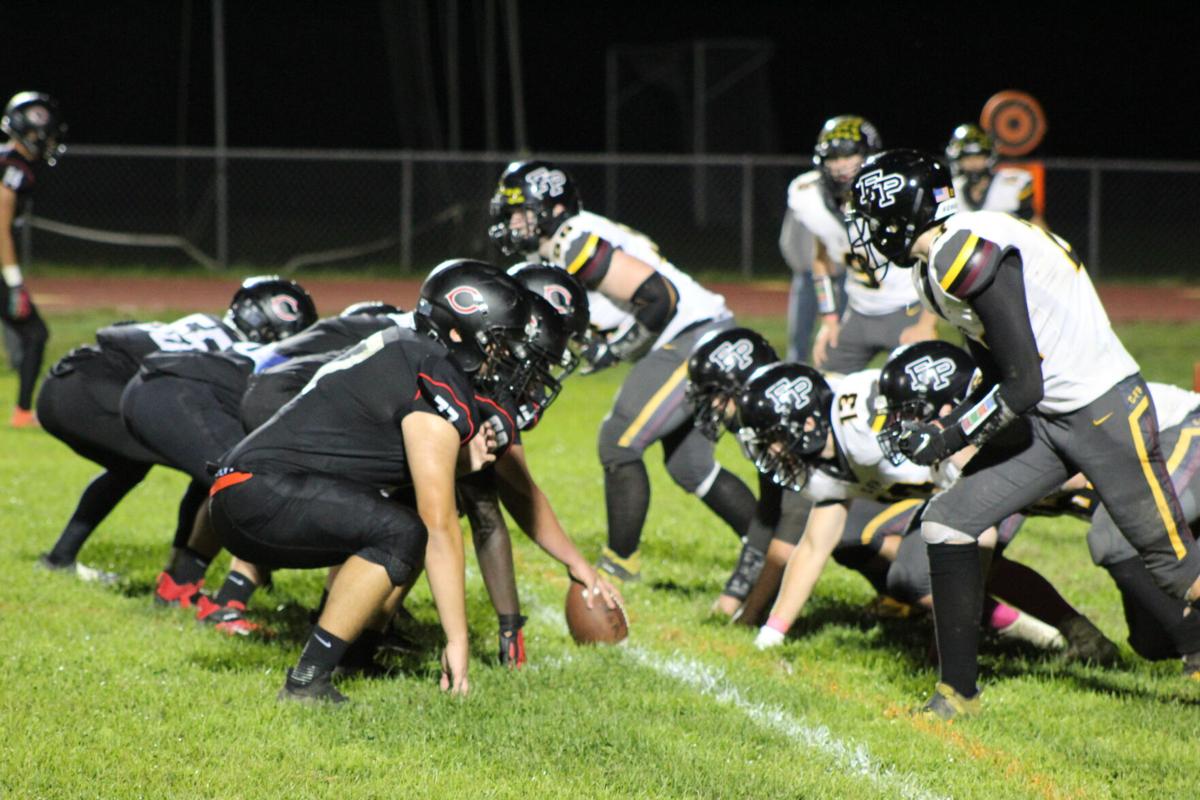 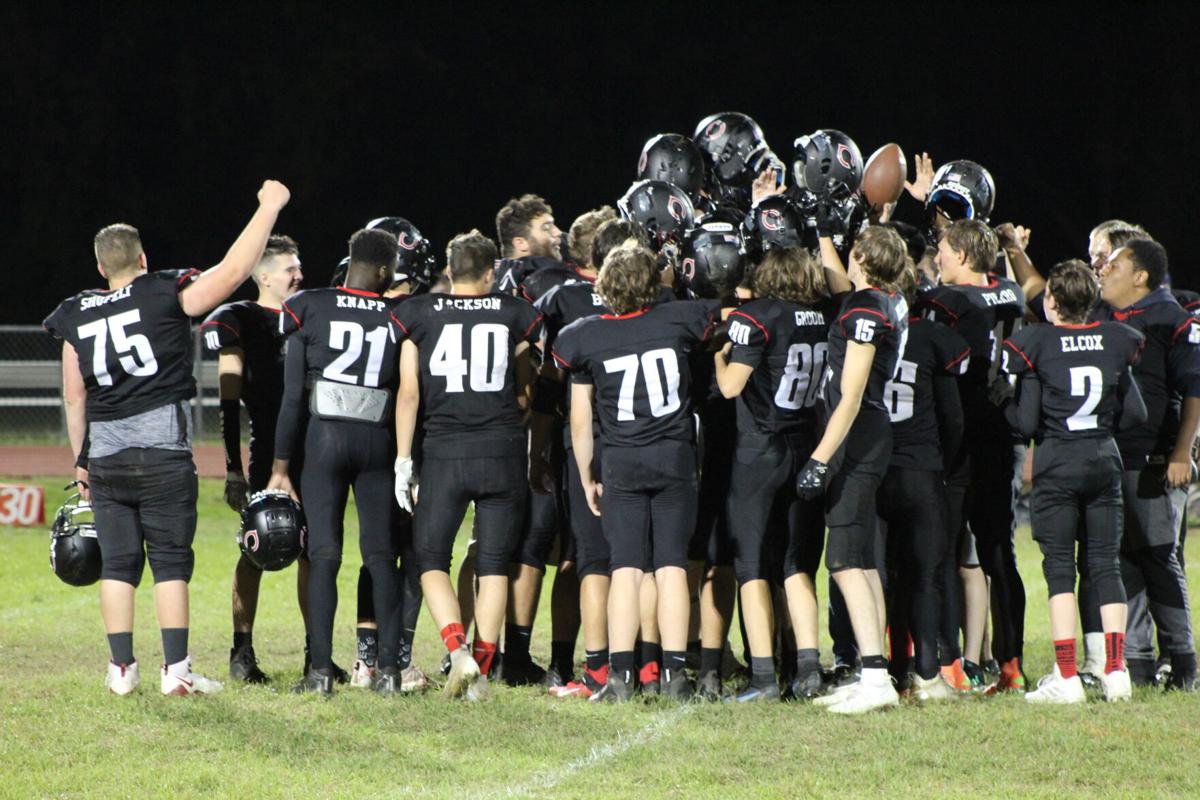 The Panthers were in control for much of the night, totaling 501 yards of offense with 316 on the ground and 185 through the air. Quarterback Tyler Kneller was 10/14 with 185 passing yards and three touchdowns, as well as 78 rushing yards and a touchdown on the ground.

Matt Radley led the Panthers’ running game with 240 yards on 13 carries and three rushing touchdowns. Kyle Jackson was Chatham’s top receiver with five catches for 115 yards and three touchdowns to round out the Panthers’ offense.

The Panthers received the opening kickoff after the coin toss, and quickly faced a 4th and short on their first series. Kneller dropped back on fourth down and completed the pass beyond the marker for a first down to keep the drive going. Chatham took their time with this first drive and their patience paid off when Kneller connected with Jackson on a short pass and took it into the end zone after making a few Cougars players completely miss him. The kick was missed after the score, but Chatham had the lead 6-0 at the 7:23 mark of the first quarter. After the Panthers defense stopped a third and long play by the Cougars, the Cougars gambled on fourth down and got across the goal line for a touchdown. After a successful two point conversion the Cougars now led 8-6. On the ensuing Chatham drive, Radley took the ball on the first play from scrimmage and scored on a 55 yard touchdown run to retake the lead. After another missed extra-point, the Panthers took their 12-8 lead into the second quarter.

The Cougars scored on their second play in the second quarter to take a 14-12 lead after the two point conversion was no good. Chatham got the ball back and quickly scored right back to swing the momentum again, this time on a 20 yard touchdown run by Kneller. He then passed to Mike Pierro to complete the two point play and the Panthers were up again, 20-14. The defense forced the Cougars to punt, and Chatham took advantage with another rushing touchdown by Radley to extend the lead to 27-14 with two minute before halftime. Canajoharie answered with a rushing score of their own to cut the lead to 27-20 at the break.

The Cougars opened the second half with the ball, however they fumbled it away to Chatham at the Panthers’ 43 yard line. After he recovered the fumble, Kyle Jackson caught a deep ball down the slot where he was wide open and caught the 57 yard touchdown pass from Kneller to make it a two-possession game once again. The Cougars returned the favor within a few plays on the subsequent drive and pulled within a touchdown 33-28 after a two point conversion with 7:43 left in the third period.

After Chatham turned it back over on downs the next drive, the momentum looked to fully be on the Cougars’ side. They converted a first down on a trick play on fourth and eleven, throwing the Chatham defense off. The Cougars tried to run a reverse on a fourth down but the Panthers’ defense would not be fooled and the end-around did not get enough yards for a first. Chatham drove downfield and got a first and goal at the one yard line with the 33-28 lead still intact as the third quarter ended.

Matt Radley took the handoff into the end zone again on the first play of the fourth quarter to widen the Chatham lead further as they looked to pull away from the Cougars. With the lead now 40-28, the Cougars had to keep fighting for yards to try and get into the red zone, but the Panthers’ defense had other plans. Jacob Taylor came up big in the Chatham secondary and intercepted the pass to disrupt the Cougars’ attempt at a comeback. Kneller completed a pass to Jackson, who then split the defenders and reversed field to take it the other direction. His escapability paid off and Jackson took it all the way down for the touchdown, As time dwindled, the Panthers scored one last time on another massive touchdown run by Matt Radley. This really put the game out of reach for the Cougars with it now 55-28 with just over four minutes of game clock remaining. The Cougars scored one last time as well, on a run up the middle, and a two point conversion to bring the score to 55-36 with only 30 seconds to play in the game. After receiving the kickoff Kneller took one kneel-down to just run the clock out fully and seal the victory for the Chatham Panthers over the Canajoharie Cougars 55-36.