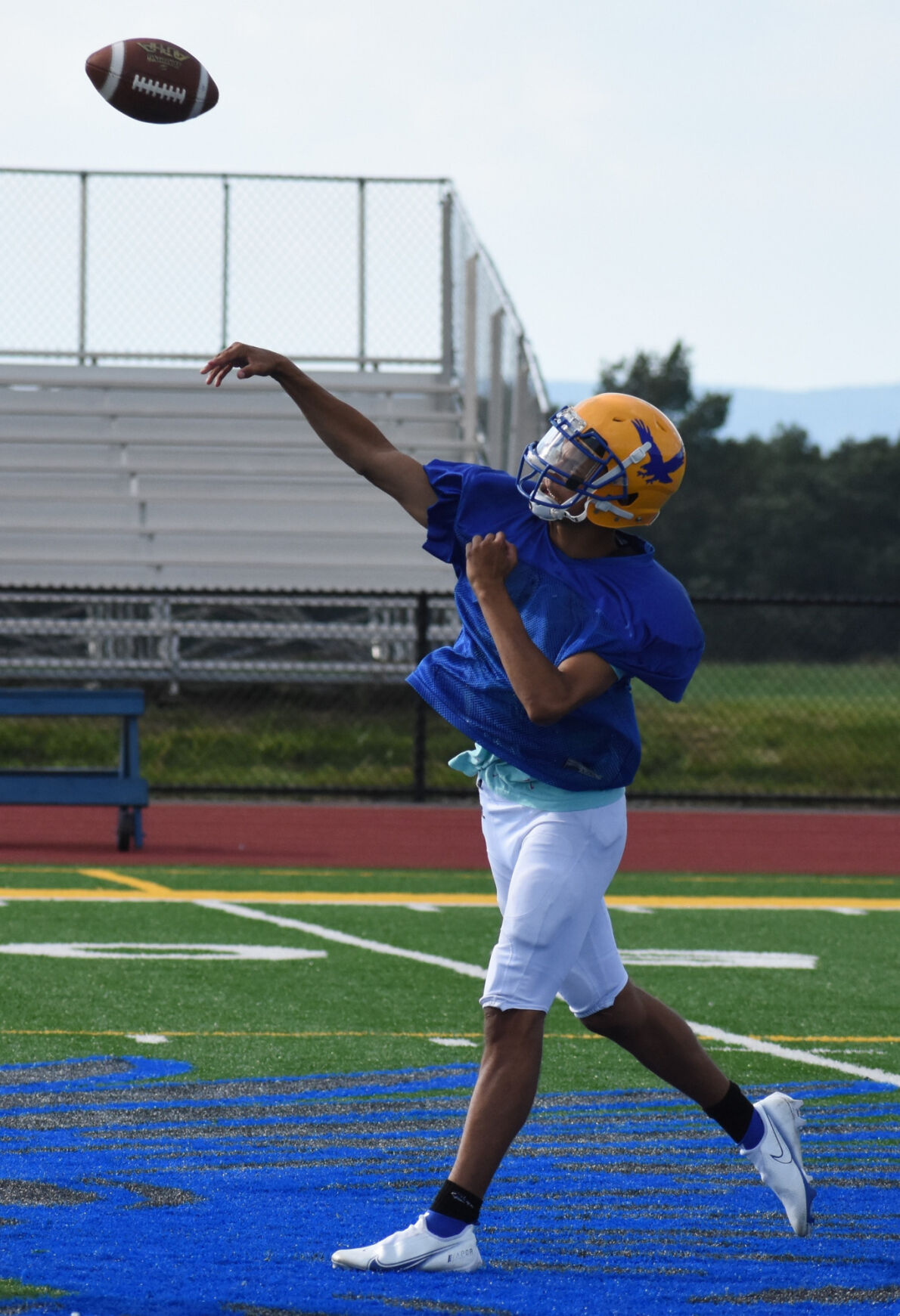 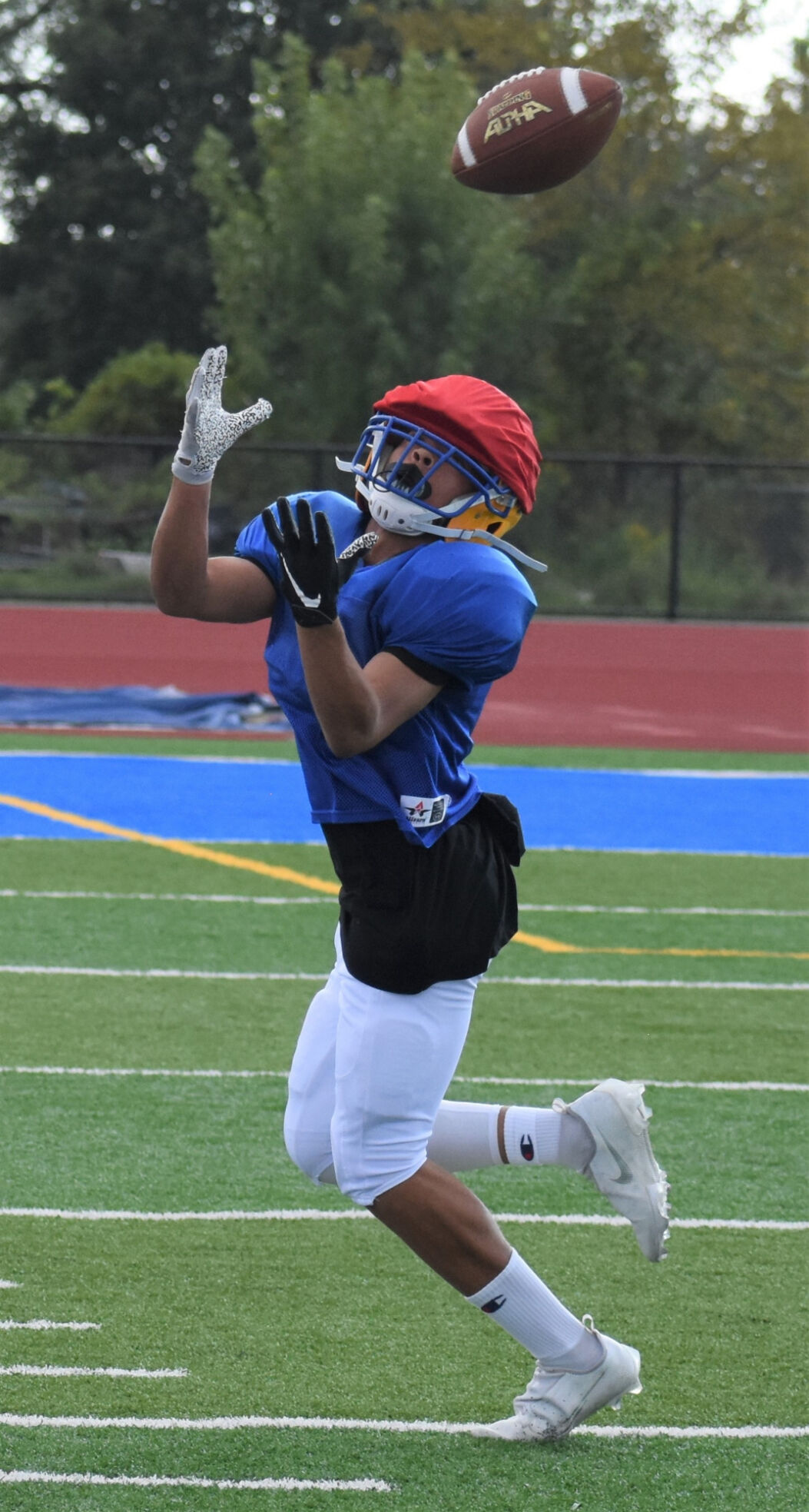 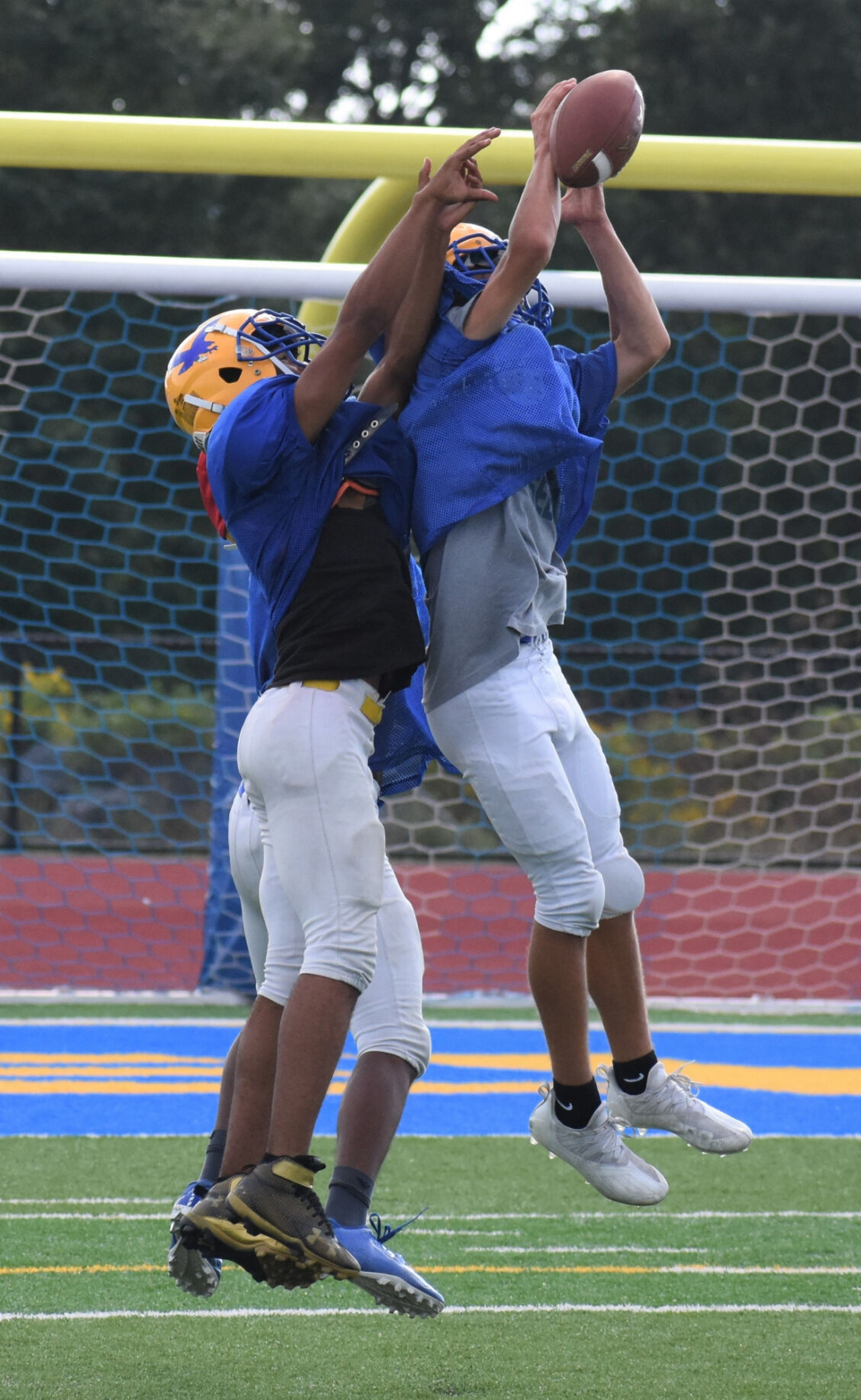 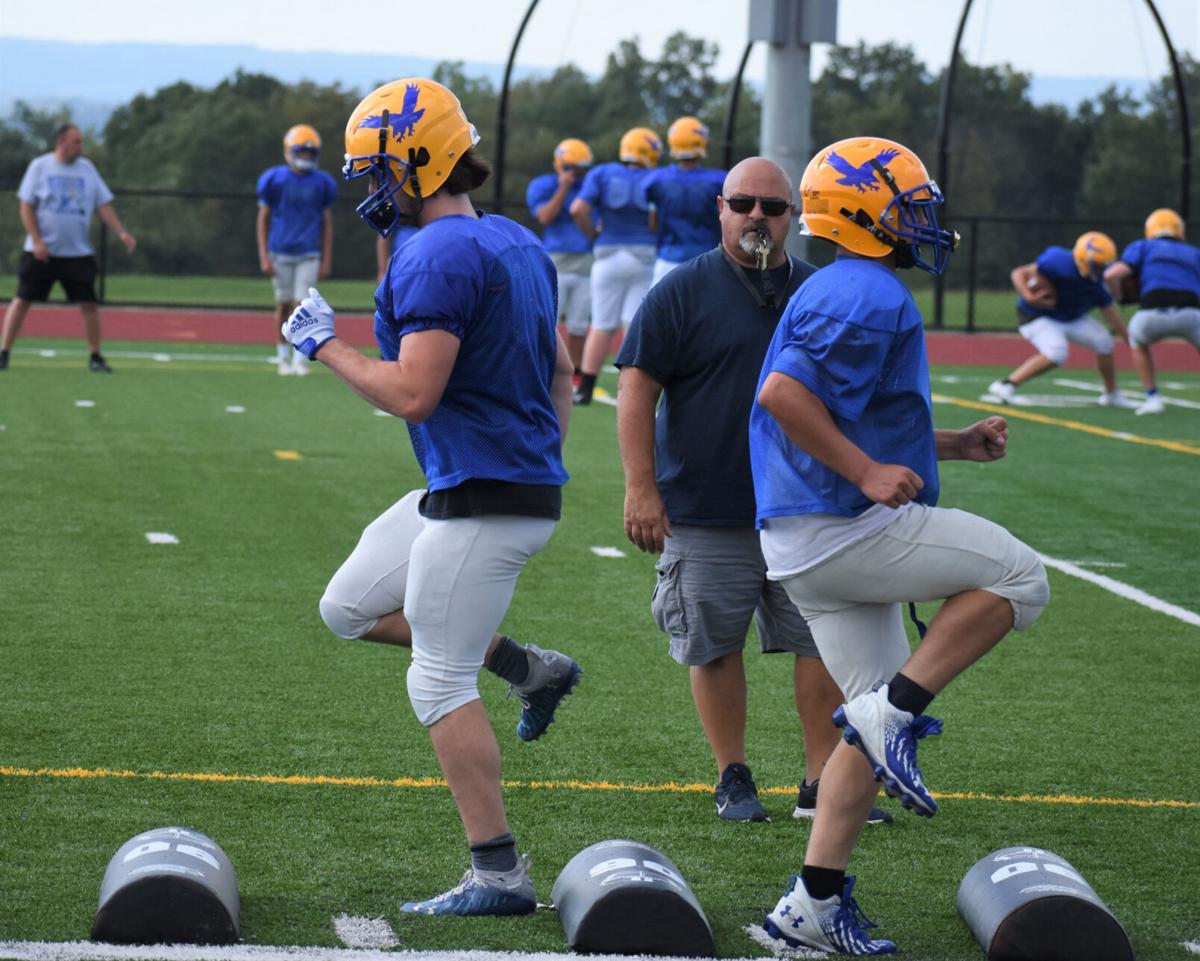 HUDSON — It’s been a few years since Ichabod Crane has gotten the better of Hudson on the football field. Nine years to be exact.

Since dropping a 41-14 decision to the Riders in the 2012 season opener, the Bluehawks have dominated the series, winning seven straight (the teams did not play in 2020). Current Hudson head coach John Davi has never lost to ICC.

The Riders will look to end the streak when the they play the Bluehawks in the 2021 regular season opener on Friday at 7 p.m. at Hudson High School. Spectators will be allowed to attend with no restrictions.

In other season-opening games involving local teams, Chatham hosts Catskill/Cairo-Durham on Friday at 7 p.m. and Taconic Hills travels to Rensselaer on Monday at 5 p.m.

Ichabod Crane coach Tom Call is well aware of the fact his team has had trouble beating Hudson of late.

“We know Hudson has had our number the last few years,” Call said. “They’re well coached and constantly produce good athletes. A win for us would be huge not only in the win column but also for the community that wants to see this program takeoff.”

Since the COVID-19 shortened 2020 season ended four months ago, Hudson has moved from Class B to Class C because of declining enrollment numbers and will be competing in the South Division, along with Ichabod Crane, Taconic Hills, Catskill/Cairo-Durham, Rensselaer, Coxsackie-Athens, Voorheesville and Watervliet.

The Bluehawks will also be breaking in a new quarterback this year as senior Isaiah Maines steps in for Caleb Romano, whose family moved to Florida over the summer.

“It was unfortunate for us to have Caleb move in his senior year,” Davi said. “We did some offseason prep stuff with Isaiah. Isaiah is a different kind of player, so there’s definitely a different kind of style there. He’s very mobile, very athletic.

“There are thing we can do with Isaiah that we couldn’t necessarily do with Caleb and vice-versa. I don’t think it will be as big a detriment to us as I had initially expected. Isaiah is a phenomenal athlete and he’s going to do well. He’s been working really hard, training in the offseason and we’ve been getting after it. He’s really come a long way.”

“I really really think that Isaiah is going to have a year. We’re going to use his athletic ability for sure. If he gets in open space, he’s hard to catch.”

As always, Hudson has an athletic array of running backs and receivers.

“We have a pretty talented group of backs and receivers,” Davi said. “Jordan Moon is back and will be playing a lot of slot and running back. He’s another super talented athlete. We also have DeAndre Smith returning in the backfield,

“Jeremiah Wilburn will play a little bit in the backfield and a little in the slot, Kristyain Clarke is 6-5, 180 pounds and he’s going to be really good. Brian Curran worked out all winter and probably put on 20 pounds of muscle and Jon Bernockie is back out and will be a nice addition to the offense as well.

Davi feels the offensive line, led by senior Jake Hromada, will eventually be an asset and get better as the year goes on.

“There’s always room for improvement,” Davi said. “We’re big, probably one of the biggest lines we’ve had in some time. They’re all smart kids and we’re progressing. Most of them played in the spring, which helps. I think we’ll get better every week.”

Defensively, the Bluehawks will have several new faces in the starting lineup, but won’t be lacking for talent.

“Same guys are going to do well on defense,” I think Jake (Hromada) will have a good year playing at the nose. Curran and Bernockie will be the middle guys, Wilburn will be an outside linebacker, Moon will be a safety. We’re very athletic, very quick and we seem to be pretty quick to the ball. I think we’ll do OK.”

Hudson played a Week 0 game against a talented Schuylerville team this past Friday and lost, 45-0. The game does not count on the team’s record and will not factor into playoff seedings.

“We did not play well and they did,” Davi said of Schuylerville. “They’re good. Jeremiah Wilburn and Kristyain Clarke were not on the field for us and that right there puts us in different position. Not that two kids make up a whole team, but two kids that aren’t out there with the rest of the kids that are out there makes a huge difference for us.”

Although things didn’t go the way Davi and his staff had planned against Schuylerville, he remains optimistic about the season.

“There’s a huge amount of potential with this group. They’re a good group, they play well together, they understand each other and they play great as a team. The whole from top to bottom of very coachable. I think all the elements are there, it’s just a matter of putting it all together and making sure we’re prepared.”

Ichabod Crane also played a Week 0 game and came away with a convincing 36-6 victory over Cohoes this past Friday. Senior quarterback Joe Penzabene completed 8 of 9 passes for 116 yards and two touchdowns. He also ran for 54 yards and two more scores.

Penzabene is also a standout linebacker, having earned All-Conference honors during the Fall 2 season this past Spring.

“Joe is very important for what we do on both offense/defense,” Call said. “He’s shown improvement as a QB each year he’s been with us; and his physicality on the defensive side speaks for itself.

“Joe’s a leader in the locker room, a two-year captain, and someone who constantly wants to receive coaching and apply it on the field. We ask a lot out of Joe (lead the offense & receive the defensive calls), but he’s very intelligent and has a high football IQ.”

Penzabene has no shortage of weapons to work with on offense and benefits from an experienced line.

Zion Evans ran for 91 yards and a touchdown against Cohoes, wide receiver Austin Race had three catches for 82 yards and tight end Bradley Duso caught four passes for 32 yards and a TD.

“We want/expect to be competitive in every game we play this year,” Call said. “We have several returning players on both sides of the ball so the continuity is there.”