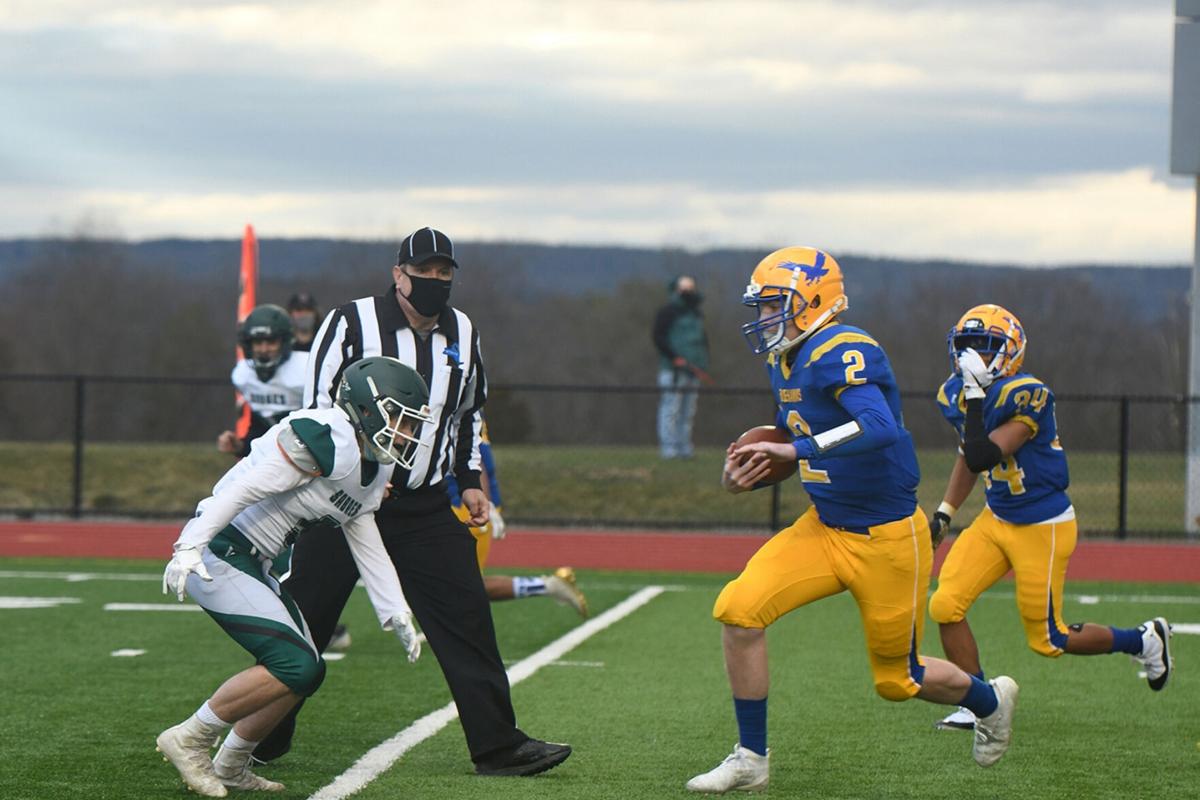 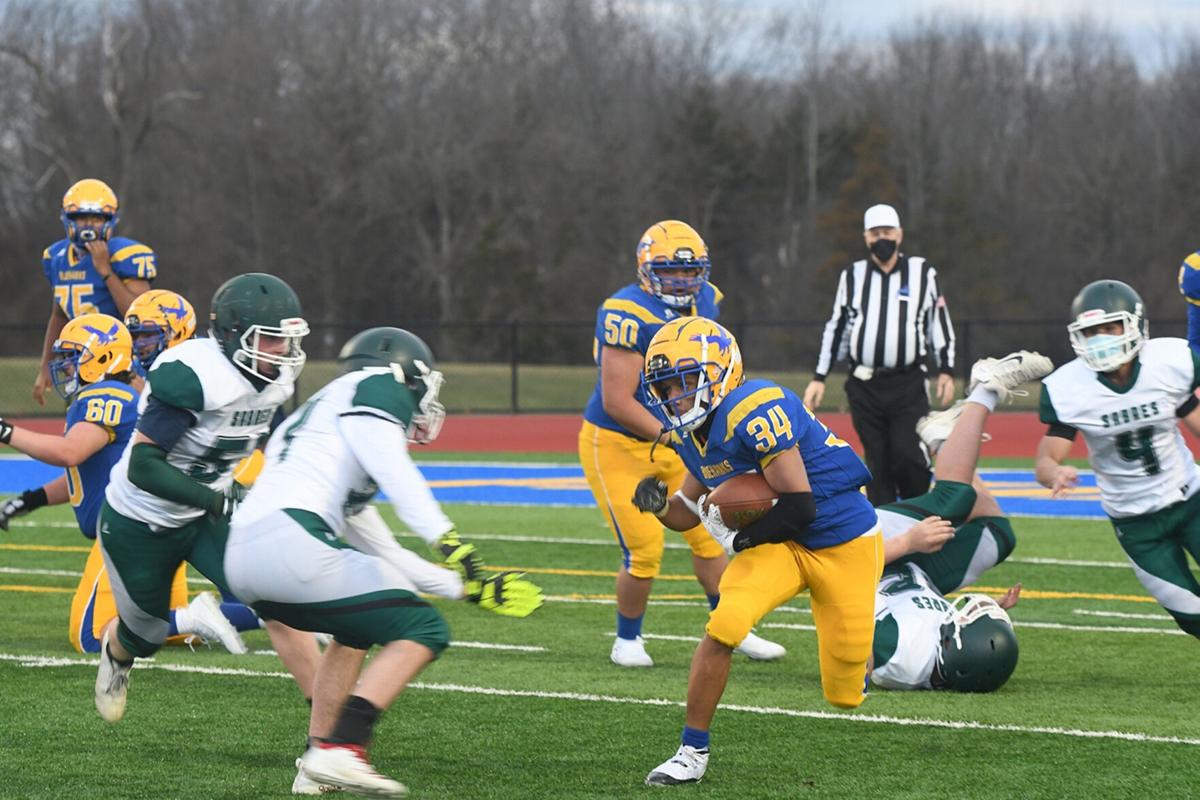 Photo by Zoey CatlinHudson running back Mike Green picks up yardage during Friday’s Class B Reinfurt Division game against Schalmont at the Bluehawks Sports Complex.

Photo by Zoey CatlinHudson running back Mike Green picks up yardage during Friday’s Class B Reinfurt Division game against Schalmont at the Bluehawks Sports Complex.

HUDSON — Schalmont’s Rodney Parker and Trent Randle demonstrated why they are considered one of the best 1-2 punches in Section II during Friday’s Class B Reinfurt Division game against Hudson.

Parker, who played at Holy Trinity a year ago, rushed for 308 yards and four touchdowns, and Randle accounted for 263 yards as the Sabres defeated Hudson, 41-0.

Parker and Randle accounted for all of Schalmont’s touchdowns, with Randle scoring the first in the opening quarter on a 45-yard run.

Parker scored the Sabres’ next two touchdowns in the second quarter on runs of two and 26 yards. Randle scored again just before the end of the first half on a one-yard run as Schalmont went up 28-0 at the intermission.

Parker wrapped up the Sabres’ scoring in the second half with touchdowns runs of 65 and 12 yards.

The highlight for Hudson was on its opening possession when the Bluehawks moved from their own seven to Schalmont’s 28 before turning the ball over on downs.

Kasey Moore had 3 receptions for 72 yards. Maines had 1 catch for 8 yards,

LANSINGBURGH — Charles Govan returned an interception 66 yards with 3:02 left in the game to give Lansingburgh a 15-8 victory over Chatham in Saturday’s cross-division game at Lansingburgh High School.

The score remained 7-0 until early in the fourth quarter when Chatham scored on a 31-yard pass from Tyler Kneller to Matt Radley. Kneller then tossed a two-point conversion pass to Jayshawn Williams to give the Panthers an 8-7 lead with 9:22 to go in the game.

The Knights took the lead for good in the closing minutes when Govan picked off a Kneller pass and took it to the house.

Kneller completed 11 of 23 passes for 119 yards and a touchdown with 2 interceptions.

Chatham travels to Voorheesville on Saturday at 1 p.m.