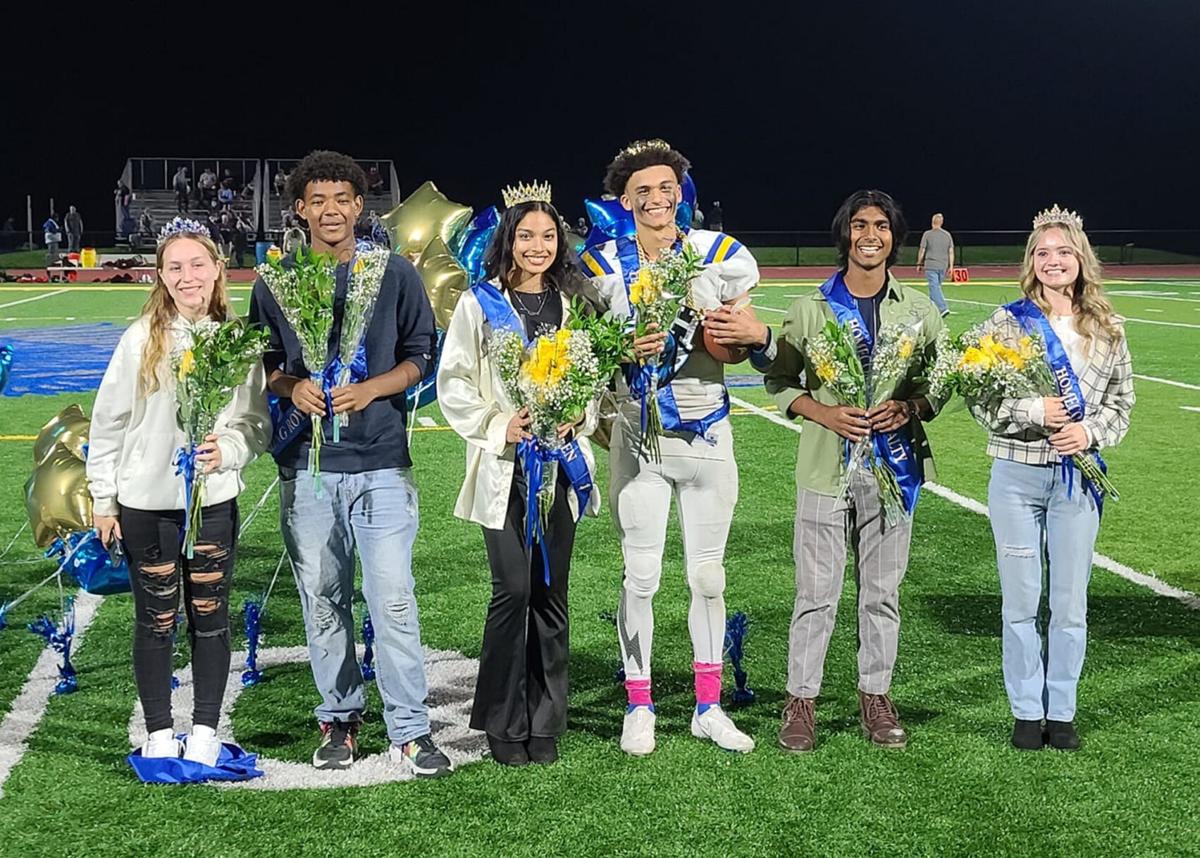 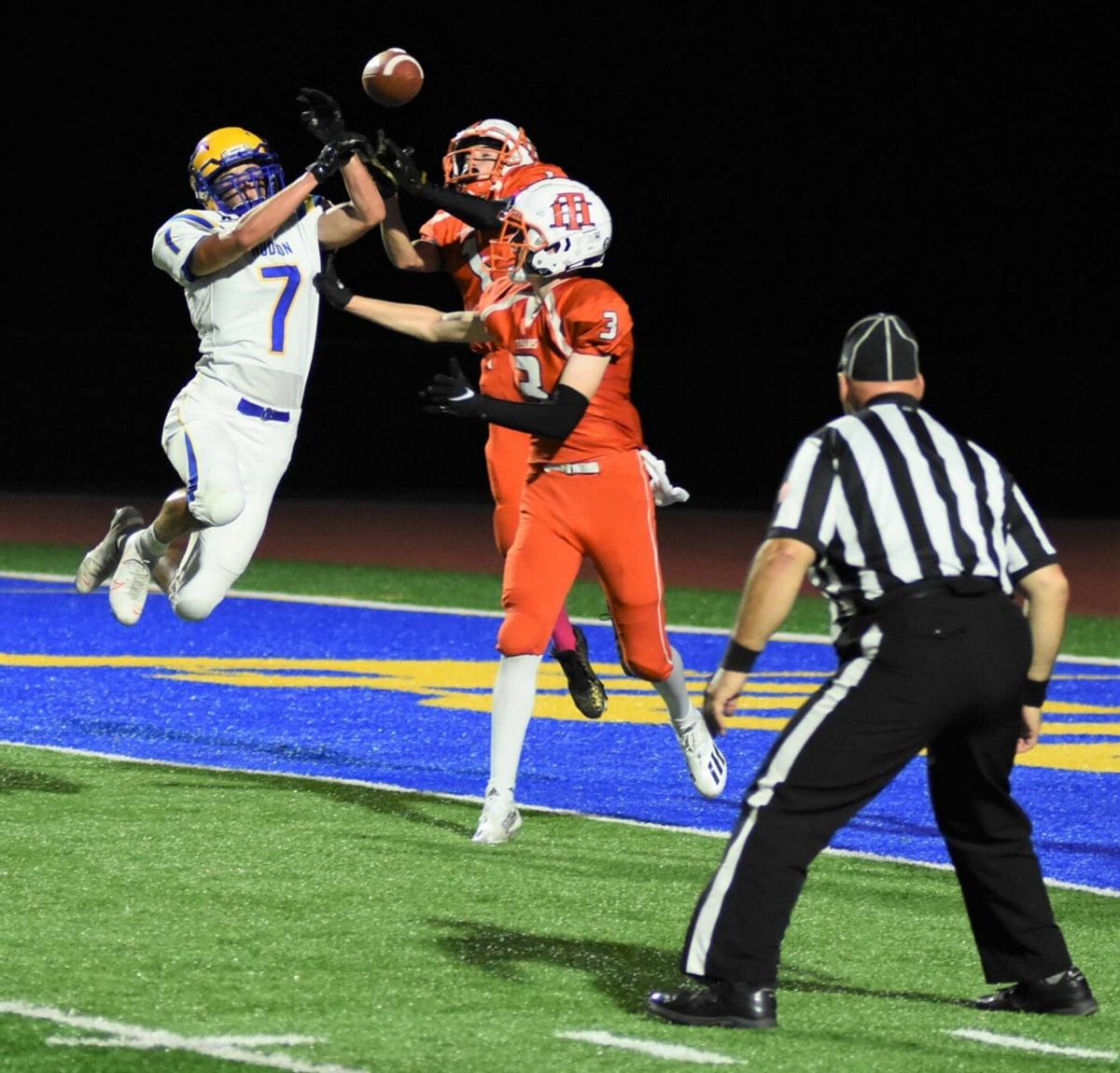 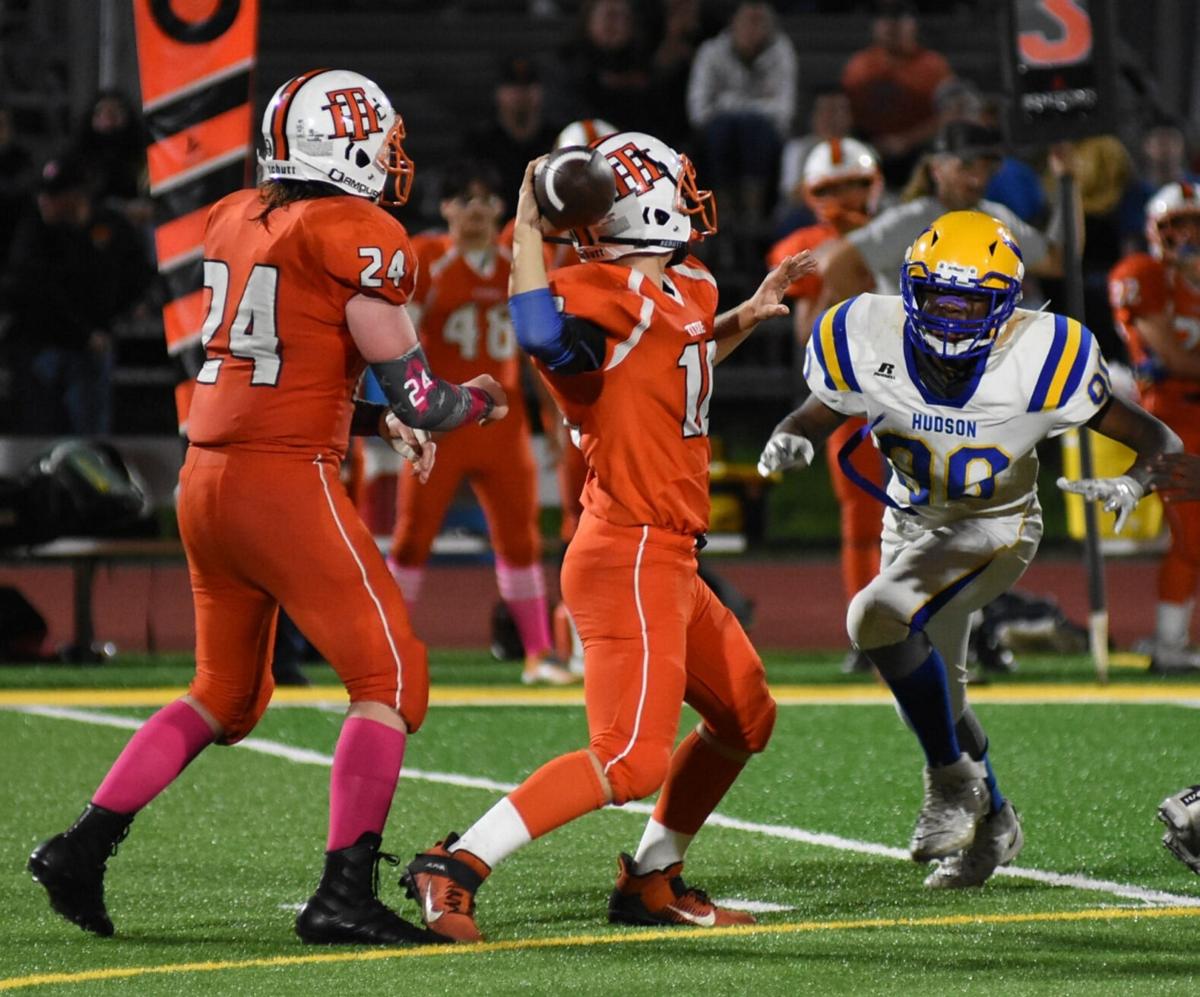 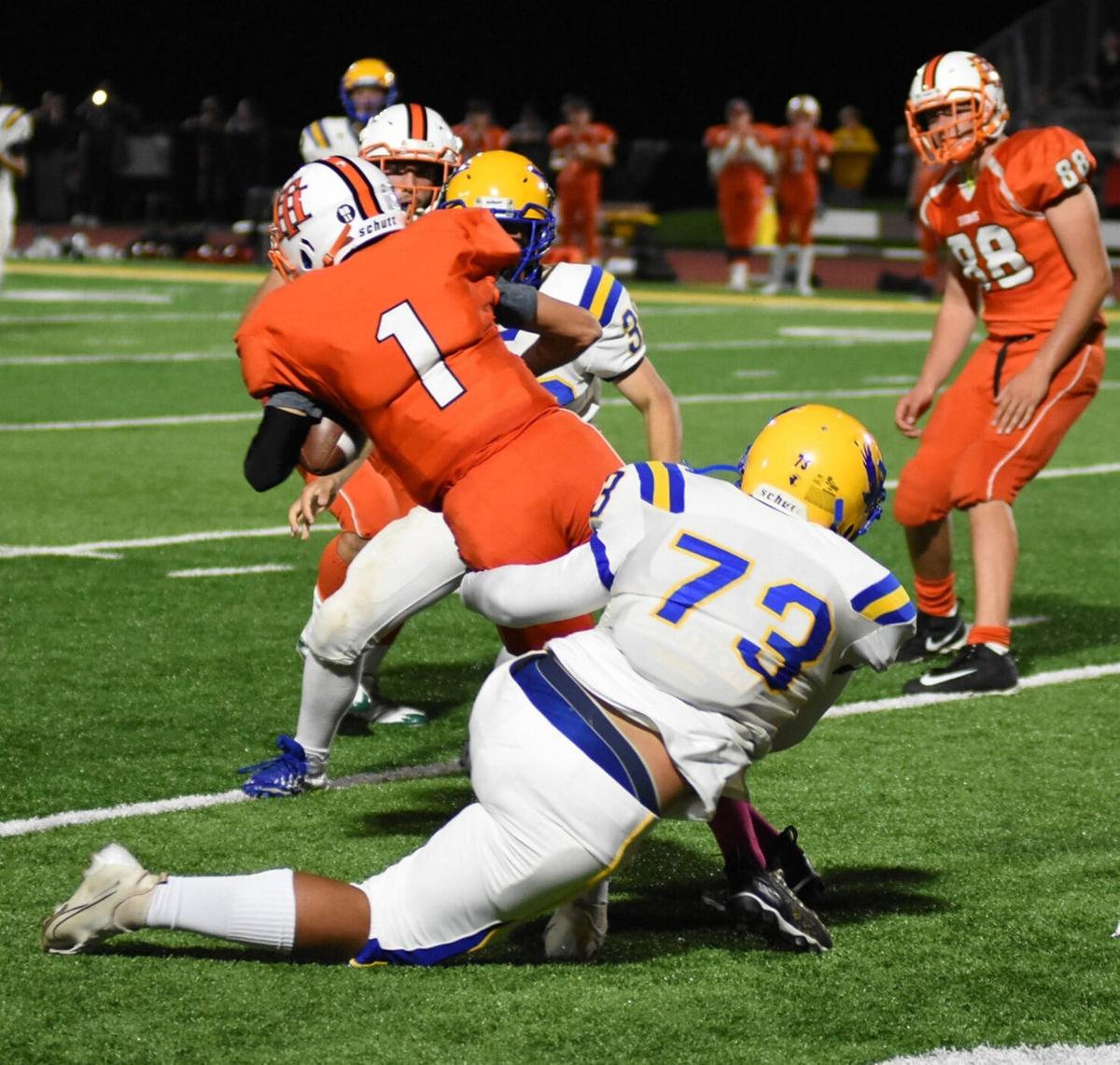 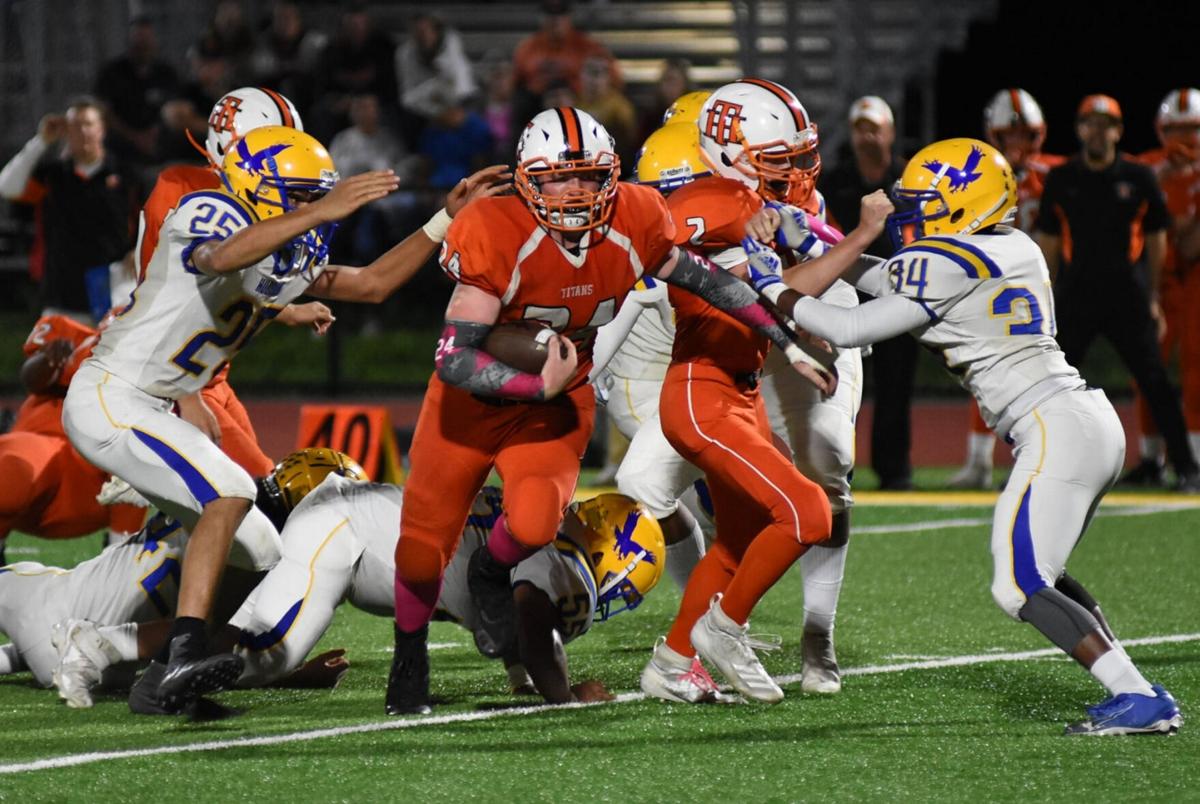 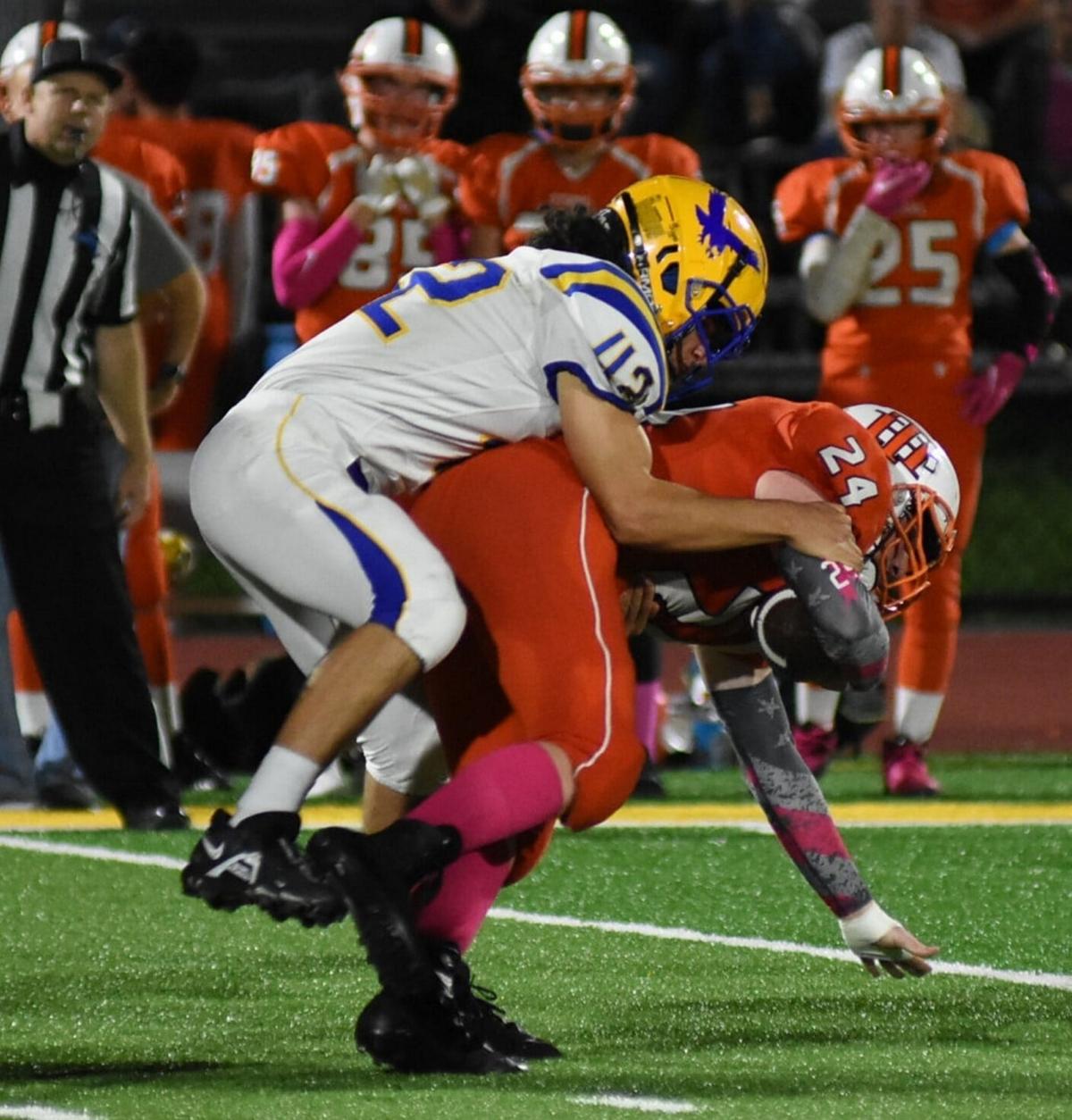 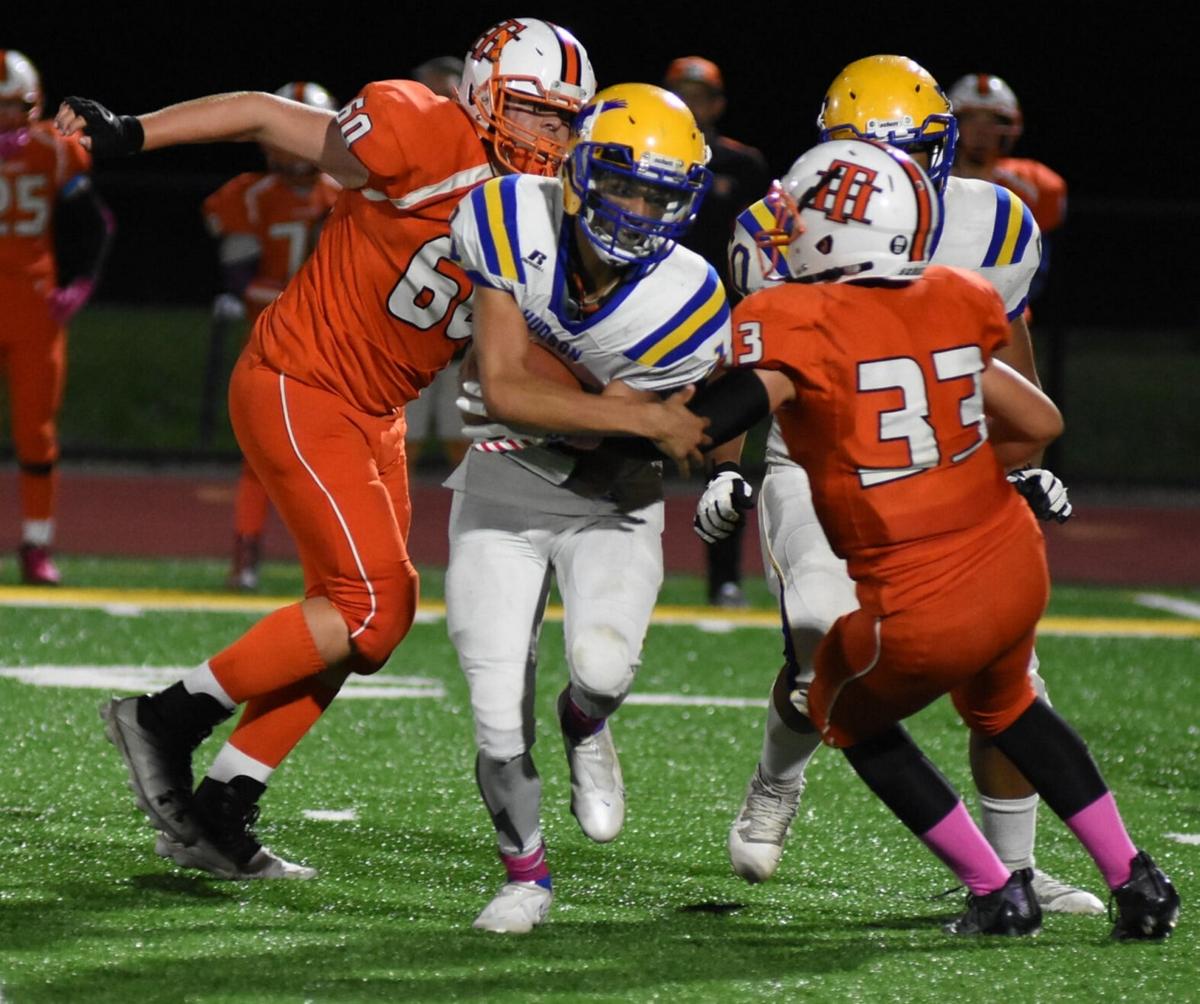 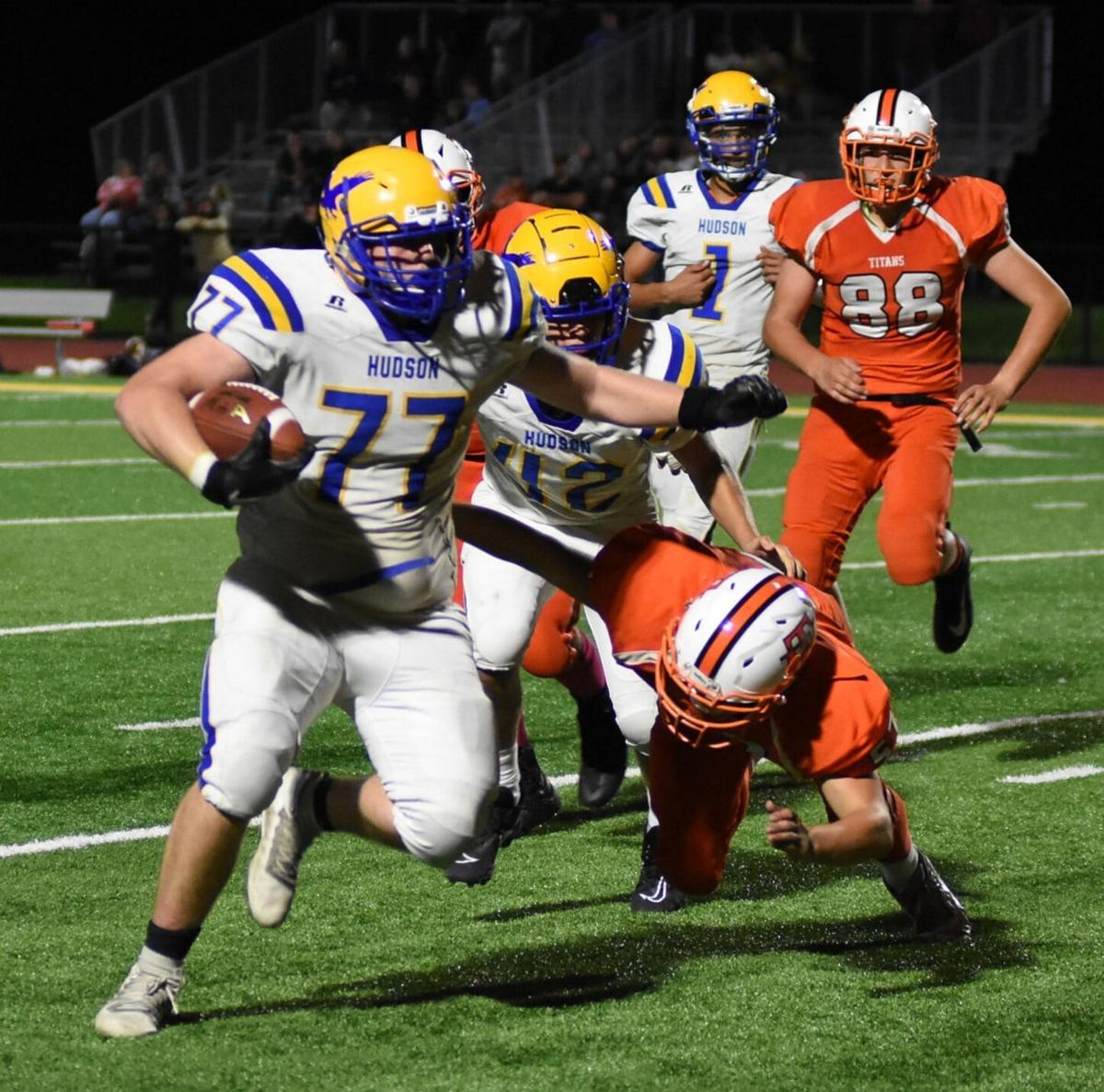 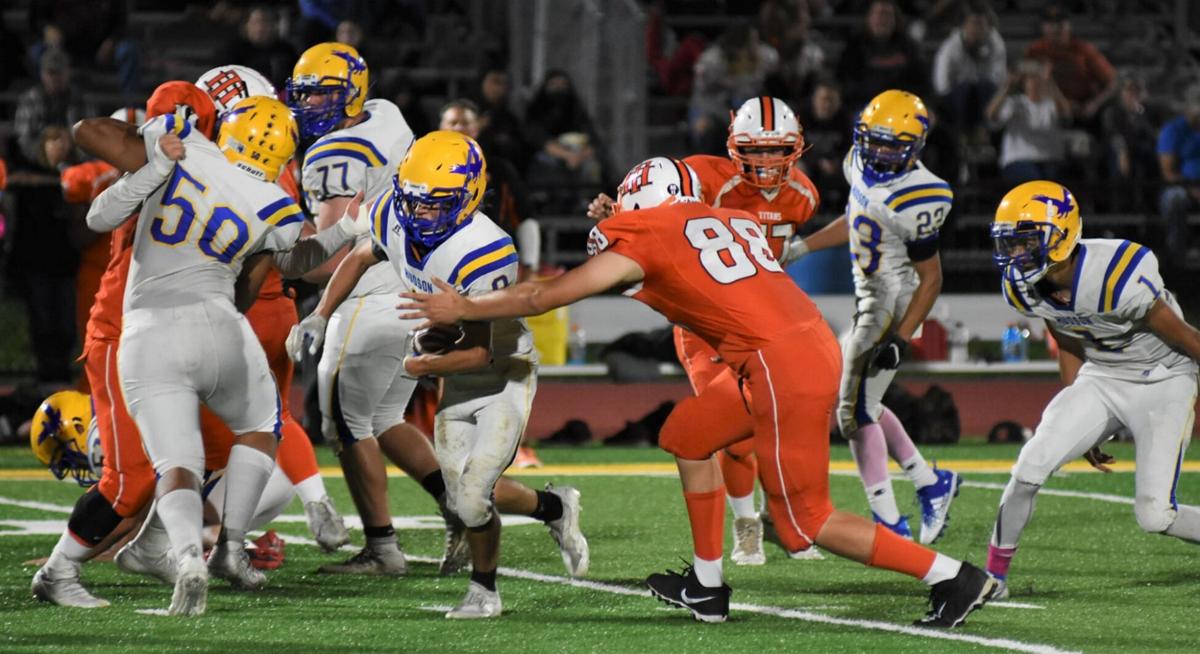 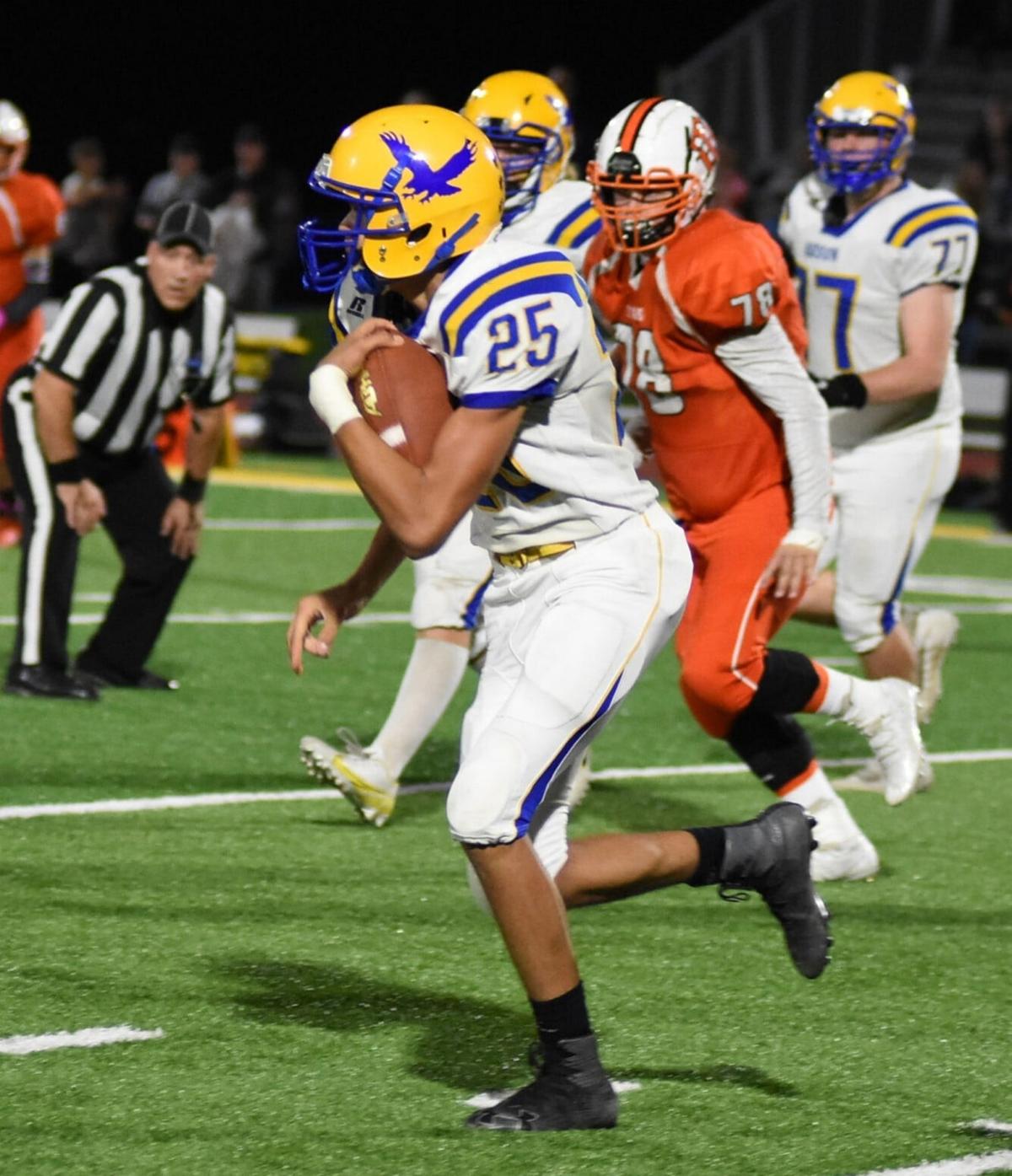 HUDSON — Hudson bounced back from a loss to Voorheesville with a 68-6 victory over Taconic Hills in the Bluehawks’ annual Homecoming game on Friday night.

Hudson improves to 5-1 and is tied for second place in the Class C South Division standings with Voorheesville. Watervliet remains atop the South with a 6-0 mark. The Bluehawks visit Watervliet on Friday at 7 p.m. with first place and the No. 1 seed from the South for the upcoming Class C playoffs on the line.

Hudson came out fired up before a packed house, eager to atone for a frustrating loss the week before and the Bluehawks did just that, racing out to a 27-0 lead by the end of the opening quarter.

It took Hudson a little more than two minutes to open the scoring as Jeremiah Wilburn capped off a drive with a 15-yard run with 9:32 to go in the first quarter.

On Taconic Hills’ first possession, Wilburn stepped in front of a Titans’ receiver, picked off a pass and raced 30 yards untouched for the Bluehawks’ second score.

Isaiah Maines tossed a 13-yard touchdown pass to Brian Curran and Deandre Smith scored on a one-yard run to put the Bluehawks up by four scores after one quarter of play.

The Bluehawks tacked on three more touchdowns before halftime on a five-yard run by Kristyain Clarke, a 27-yard run by Kendrick Clarke and a 25-yard run by Jordan Moon to make it 48-0 at the intermission.

After Kristyain Clarke added a 71-yard scoring run in the third quarter, Taconic Hills got on the board when Tyler Peck fired a 26-yard touchdown pass to Landon Halstead.

Hudson added one final score in the fourth quarter when standout two-way lineman Jake Hromada, playing in the backfield, ran for an eight-yard touchdown on the last play of the game.

Kendrick Clarke had a 77-yard kickoff return for a touchdown and Moon returned a punt 51 yards and a kickoff 48 yards.

COHOES — Tyler Kneller rushed for 157 yards and two touchdowns and passed for two TDs to lead Chatham to a 48-0 victory over Cohoes in Saturday’s Class D football game.

Matt Radley had 95 yards and one TD rushing and caught a 32-yard TD pass for the Panthers. Kyle Jackson had a 34-yard reception for a touchdown and Konur Barlow and Noah Hutchinson both had five-yard scoring runs.

Chatham travels to Cambridge on Saturday at 1 p.m.

VALATIE — Watervliet remained unbeaten in the Class C South Division standings with a 34-7 victory over Ichabod Crane in the Riders’ annual Homecoming game on Friday.

The game was called in the fourth quarter because of lightning and thunder.

Zion Evans had 13 carries for 44 yards and a 65-yard kick returns for a touchdown for the Riders.