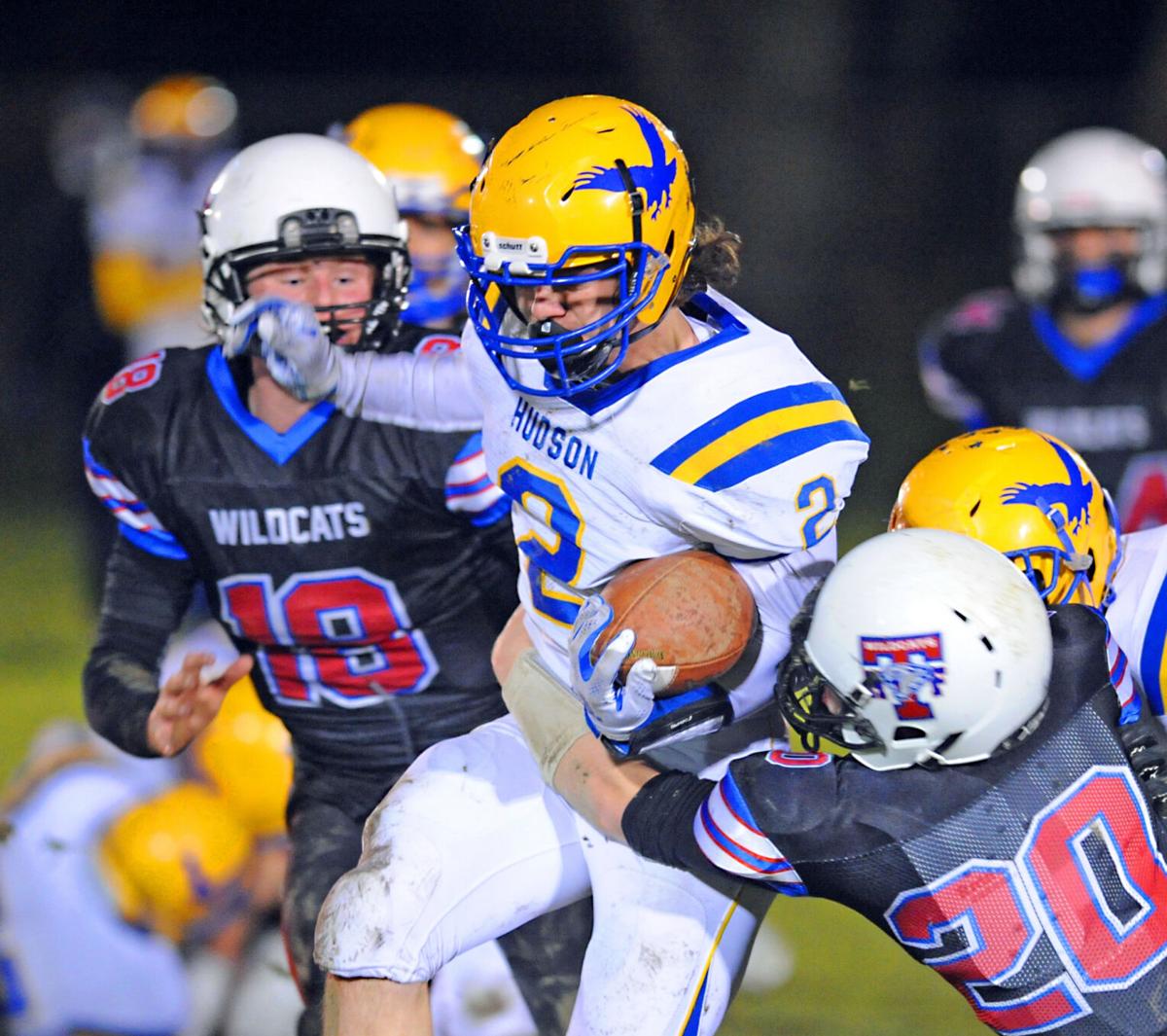 Chip Moon photo Hudson Bluehawks running back Brian Curran (2) splits a pair of Tamarac/Hoosick Falls defensive players during the second half on Friday at Hoosick Falls. 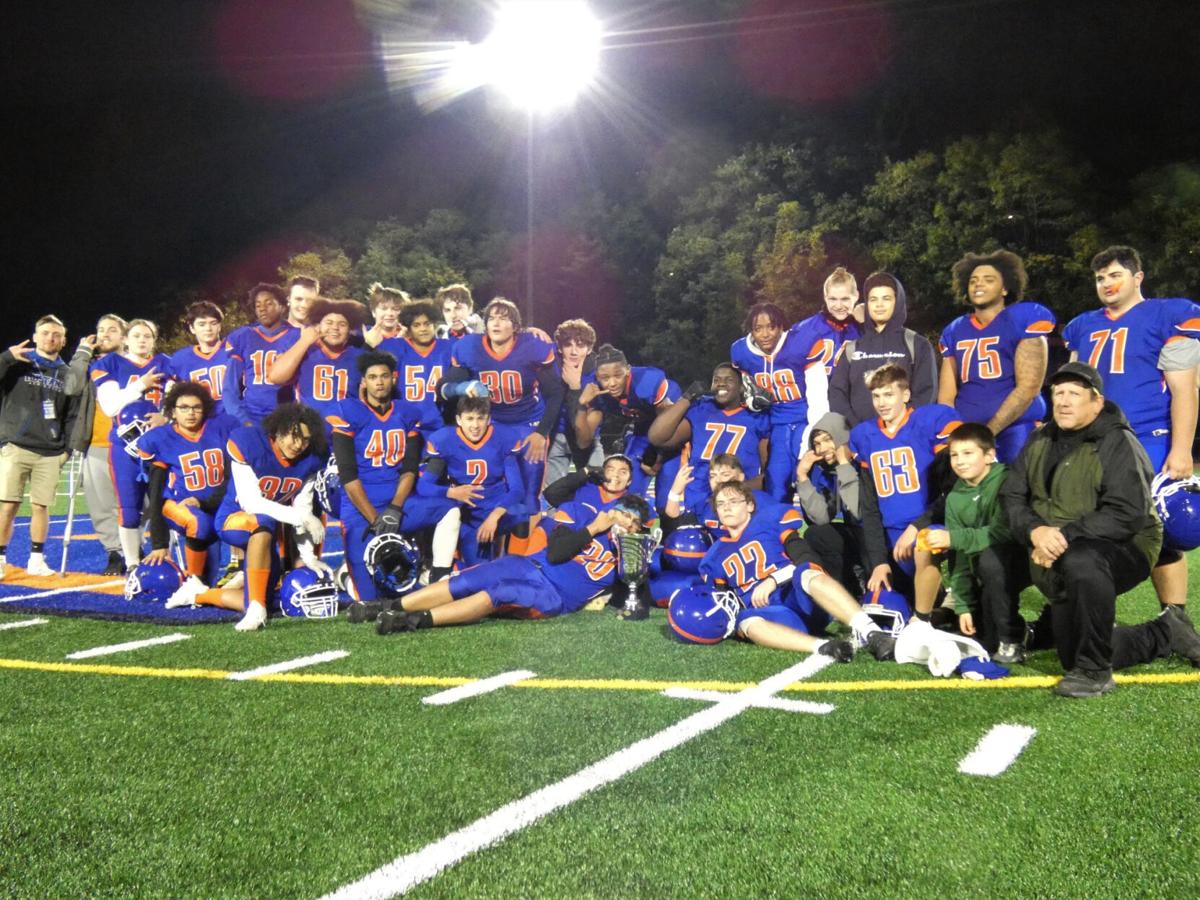 Photo contributed Catskill/Cairo-Durham won the Greene County Cup on Friday with a 28-6 victory over Coxsackie-Athens at Catskill High School.

Chip Moon photo Hudson Bluehawks running back Brian Curran (2) splits a pair of Tamarac/Hoosick Falls defensive players during the second half on Friday at Hoosick Falls.

Photo contributed Catskill/Cairo-Durham won the Greene County Cup on Friday with a 28-6 victory over Coxsackie-Athens at Catskill High School.

HOOSICK FALLS — Hoosick Falls/Tamarac broke open a close game with four touchdowns in the second quarter and went on to defeat Hudson, 47-12 in the opening round of the Section II Class C football playoffs on Friday.

The Wildcats grabbed a 6-0 lead in the opening stanza when Josh Sparks fired a 59-yard touchdown pass to Dillon Grogan — the first of five TD passes Sparks would throw during the contest.

Hudson answered quickly, moving down the field and evening the score at 6-6 on a four-yard run by quarterback Isaiah Maines. From that point on, though, HF/Tamarac outscored Hudson, 41-6, to earn a trip to the Section II semifinals.

HF/Tamarac added one more score in the third quarter on a 34-yard touchdown pass from Michael D’Agostino to Richie Stifter.

Hudson broke the Wildcats run of 41 straight points in the final stanza on a 15-yard run by Maines.

Hudson (5-4) closes out the season with a crossover game at Cobleskill-Richmondville on Thurdsay at 6 p.m.

The two teams began playing for the Greene County Cup in 2018 with CCD claiming the first meeting and C-A taking the next two, before Friday night’s contest.

CCD had not played a game since Oct. 8 due to number of players out with injuries, but showed no signs of rust against C-A. Lucas Fisher accounted for three of the Mustangs’ scores, tossing a 35-yard touchdown pass to Isaiah Hayden and on runs of 10 and 15 yards.

Hayden also returned an interception 50 yards for a score.

The Mustangs started off strong with Emius McCann competing a 60-yard halfback option pass to Jesse Harned on the first play of the game.

“I want to thank former head coach Dan Hatch for his leadership and all of my coaches and community that came out to support us, Jobson said. “This is something special to me and coaches Bo Favicchio, Jordan Gooch and Logan Denniston.

CCD wraps up its season on Thursday with a home game against Canajoharie/Ft. Plain at 5:30 p.m. in Catskill.