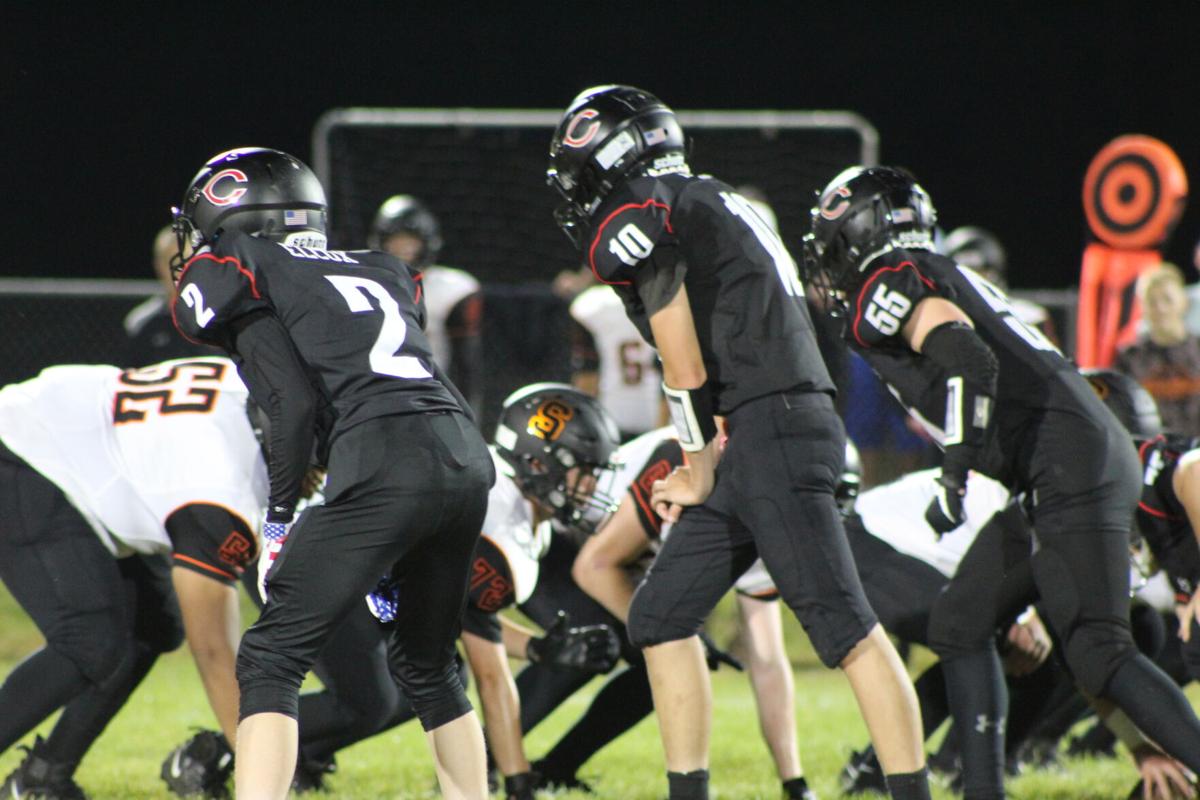 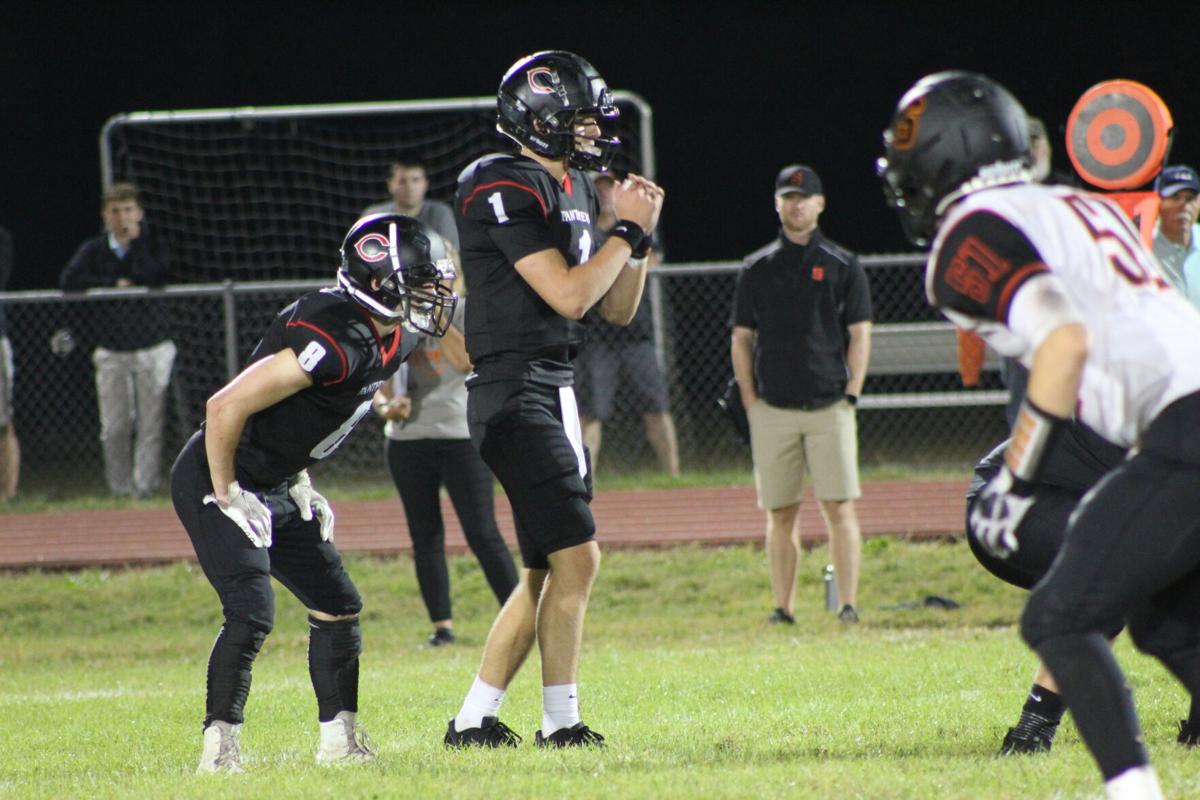 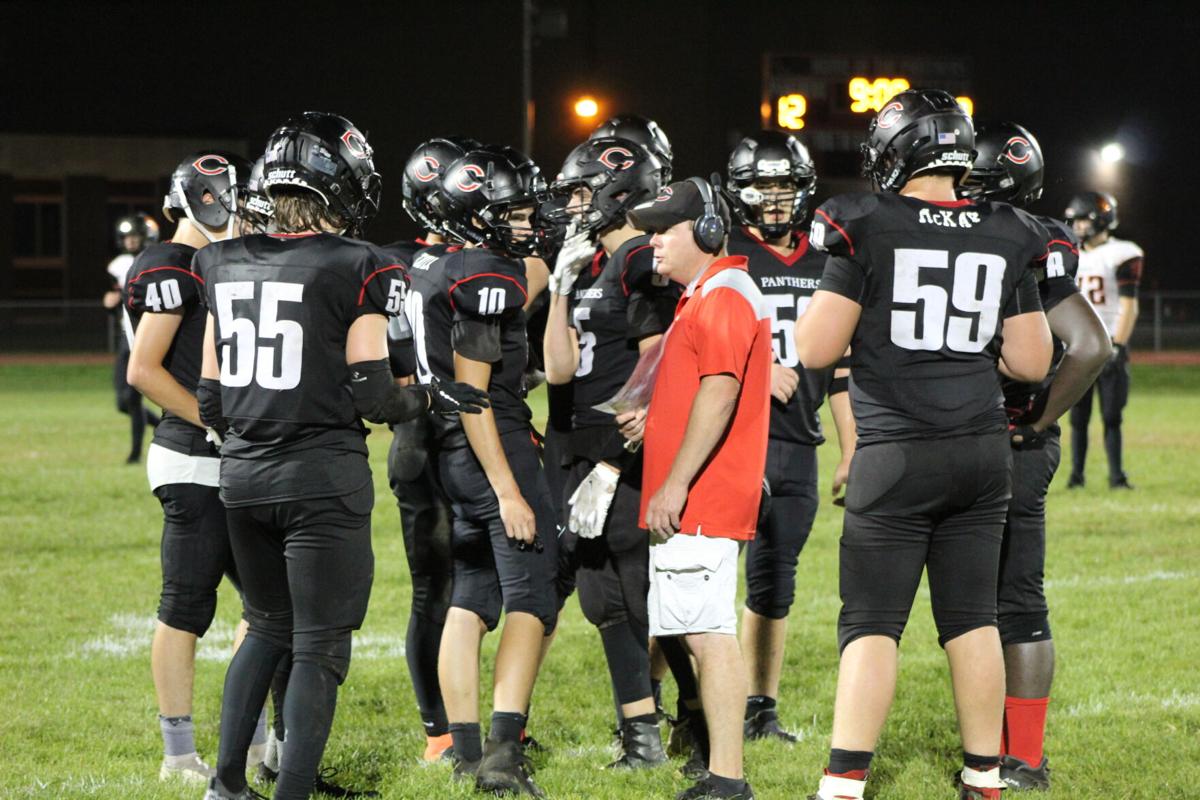 CHATHAM -- The Chatham Panthers were defeated, 42-12, in their home opener of the 2021 football season by the Schuylerville Black Horses.

Running back Matt Radley was the leader on offense for the Panthers, totaling 160 rushing yards and scoring their only two touchdowns. Chatham quarterback Tyler Kneller was 5 for 11 with 27 passing yards in a night against a tough Schuylerville defense.

Kneller, along with other Panthers players, would exit the game due to cramping. Jacob Taylor would replace Kneller at quarterback to finish out the game in the latter stages and only attempted one pass that fell incomplete.

The Panthers were off to a shaky start when they fumbled the opening kick return and the Black Horses recovered the ball at Chatham’s 21 yard line. Schuylerville would take advantage and score the first touchdown but miss the two point conversion and they led 6-0. On the ensuing kickoff, the ball deflected off of a Chatham blocker that was on the line and the Black Horses recovered again, sending their offense back onto the field. The Panthers would hold this time however, and they forced a turnover on downs at their own 20 yard line.

After a punt, Schuylerville had great field position and reached the end zone again, failing another two point try, and their lead was extended to 12-0. Chatham got the ball back and on the next drive, Radley took a pitch from Kneller and found blocking to bounce to the outside and take it 56 yards to the house and get the Panthers on the scoreboard. The Black Horses ran one play for no gain after receiving the kickoff, and the first quarter ended with them in the lead 12-6.

With the momentum on their side, the Panthers defense stopped the Black Horses in this early drive in the second quarter and forced a punt. Kneller got a decent gain on a quarterback run in the first series of the drive, but the play was negated by a holding penalty by one of his blockers. Chatham was backed up even further after the next snap went over Kneller’s head and he just had to fall on it. On third down and 39 the snap was botched again, this time it rolled to the punter, and he was touched with a knee on the ground before he could gather and kick it downfield. With another excellent set-up for field position, Schuylerville was in a great spot to relax and take it one play at a time. After getting a first down, Lukas Sherman got the handoff and scampered over the goal line for another Black Horses touchdown. This time they converted the two point play, and it was 20-6 with 6:45 left before halftime. On the Panthers’ next drive, Radley got another pitch on a sweep to the left and he turned the jets on as he turned upfield and finished the run all the way to the end zone for a 65 yard touchdown to the roar of the Chatham crowd. Kneller was stopped short of the goal line on the two point play, but the Panthers cut the lead to 20-12 in just :31 of game time.

Evan Groom kicked the ball off to Schuylerville following the Chatham TD, and he made an open field tackle near the 50 on the kick return to prevent another Black Horse touchdown. The first tackle of the senior’s entire career, Groom executed it at the perfect time. With Schuylerville threatening again, the Chatham pass rush got into the backfield and forced an incompletion from quarterback of the Black Horses, Owen Sherman, and a turnover on downs. After getting a first down, Chatham elected to let the clock run out and go to the break only down by eight against a highly touted Schuylerville team.

The Black Horses began the third quarter having to clean up some execution in order to fully take over the football game, and they did. After avoiding disaster on a high snap that caused a turnover, Schuylerville got the ball back on a punt at their own 46 yard line. After driving down the field and gaining multiple first downs with relative ease, Luke Sherman got another handoff and bounced it to the outside to get into the endzone for another touchdown. With the score now 26-12, the Panthers failed to make any progress on offense and the Black Horses took over deep in their own territory after a punt. Owen Sherman reared back on the second play of the drive, and threw downfield to his open receiver who caught the pass and skirted away from the Chatham defenders and down the sideline for a 91 yard Schuylerville touchdown. They converted the 2 point play to increase the lead to 34-12 and this pretty much did it for the Panthers. Multiple players were pulling up and finishing plays on the ground, unable to get to their feet because the cramps were so bad on such a warm, humid night. The Panthers fumbled again on the following drive and turned the possession arrow right back around to the Black Horses. On the next drive for Schuylerville, Luke Sherman ran the ball into the endzone yet again, Landen Cumm crossing the goal line as well to add the two point conversion and widen the lead still to 42-12 as the third quarter came to a close.

Credit to the Panthers for still playing hard despite the large deficit they faced in the fourth quarter. They would not go down without a fight, and they took it to Schuylerville as best as they could until the end of the game. The Black Horses continued to prove to the Panthers just how dominant they were however, gaining multiple first downs and keeping the clock running. The Black Horses were the final ones with the ball on Friday night, and they ran the clock out on the Chatham Panthers, spoiling their home opener with a 42-12 win on the road.