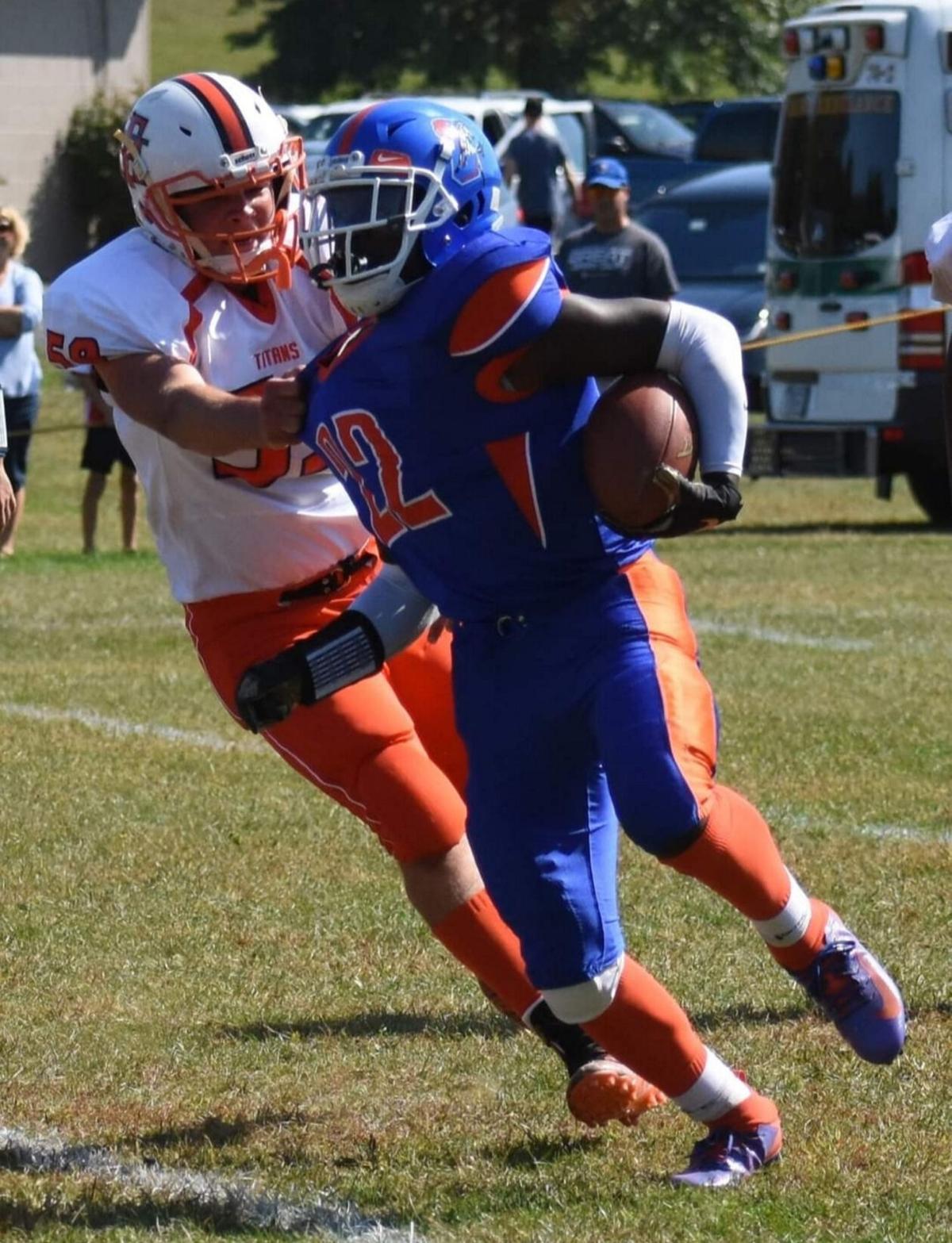 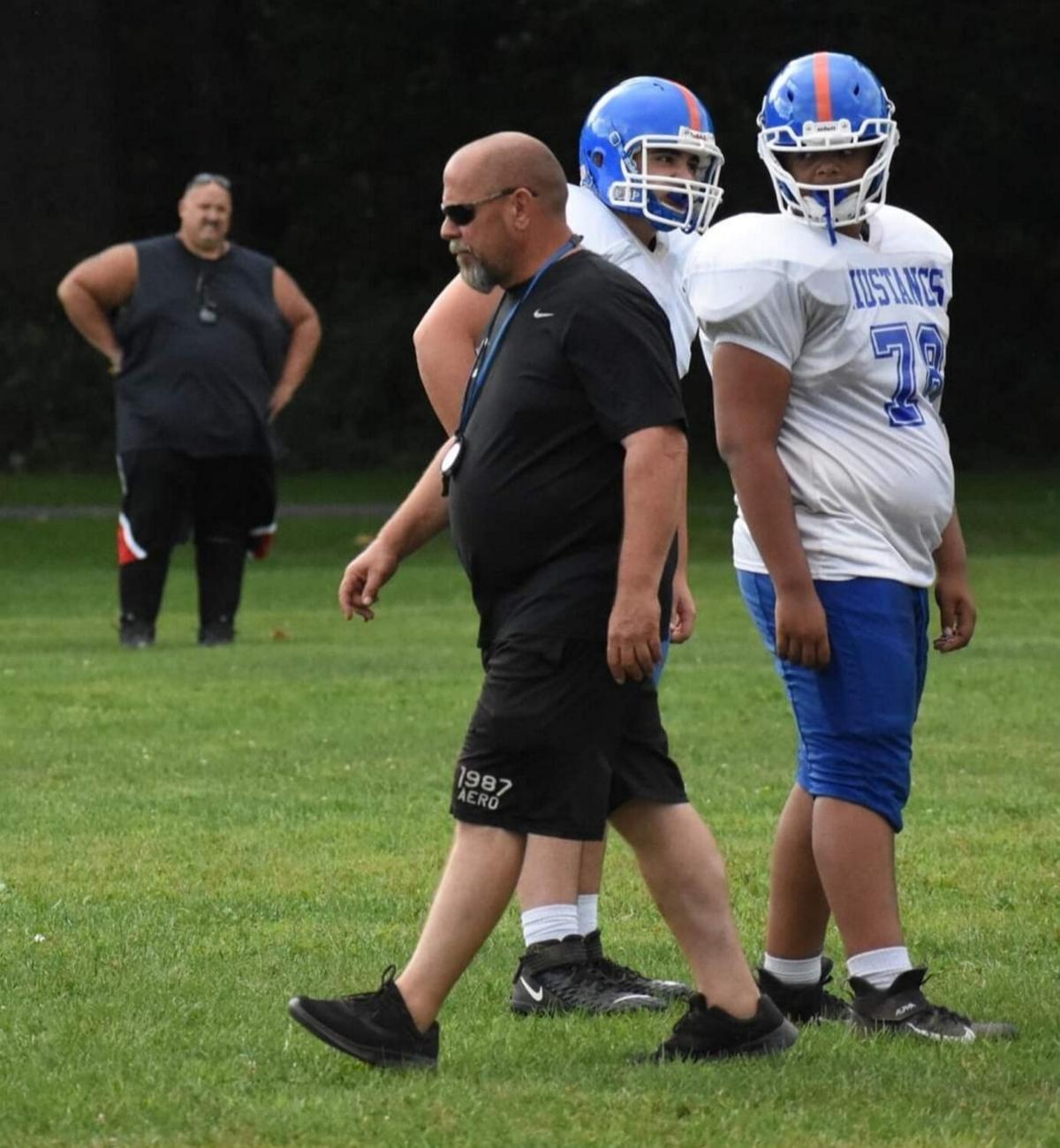 CAIRO — When the Catskill/Cairo-Durham football team opens its season on Saturday at 1 p.m. against Hudson, it will be one of the youngest varsity teams in Section II with a roster consisting of nine sophomores and five freshmen.

The youthful roster doesn’t bother Mustangs head coach Dan Hatch one bit, though, because what the team may lack in experience it more than makes up for in talent.

“The coaches shared our goal with the boys before the first practice this year and we told them we’ve been waiting seven years for this team,” Hatch said. “This year, we will have a winning season. Next year, I guarantee we will be in sectionals and the third year, sectionals and states. That’s the goal.

“These guys are very tight, they grew up together, they hang out with each other all the time. I’m giddy. I always say I’m cautiously optimistic going into a season, I’m very optimistic about this year. We have a good coaching staff and we just need to keep the boys focused, doing the execution, have the least amount of turnovers and penalties and we’ll be on top.”

Hatch and his staff weren’t sure they’d even have a season to showcase their young talent because of the coronavirus pandemic. But once they got the green light to open practice, it was all systems go.

“I’m very pleased with what I see,” Hatch said. “For once, instead of having 26 players and less than 50% of them having ever played the game before, now we have at least 70% of the team that’s played the game before and even the players that haven’t played before, they’re athletic, they get it, they pick the game up quick and they’re like sponges.

With so little time to prepare, Hatch has had to stray from the norm in practice, but the team has adjusted well.

“We’ve had to make adjustments because we’re only talking about two weeks to prepare. It was last-minute that we were even going to play. Now we’re scrambling on the logistics side of things. It’s a good thing I have a good coaching staff so I can handle all of the clerical stuff, getting the equipment ready and keeping all the Covid stuff in line to be able to play.

“One of the biggest adjustments has been the conditioning that you would normally do. You’re still doing it, but it’s abbreviated. You have to put an offense together, you have to put a defense together and you have 10 days running your opponents defense against our offense, running the opponents offense against our defense and just getting that synergy between the quarterback, receivers speed, handing the ball off to the running backs and all the stuff that goes with it that if you had three and a half weeks, it’s a no-brainer.”

Of all the young talent on the roster, Hatch is especially high on freshman quarterback Lucas Fisher, who led the Catskill/Cairo-Durham modified team to an undefeated season in 2019.

“He stands in the pocket, delivers the ball, has a head on his shoulders, knows how to read the defenses as a freshman and is just a student of the game,” Hatch said.

A big line will help to keep Fisher on his feet and open holes for the running backs.

“We have a solid line,” Hatch said. “Our line probably averages about 230 and they’re athletic.”

“Eddie Rogers never played the game before, but he gets up 5 o’clock every morning, he runs, lifts the weights and he’s an honor roll student,” Hatch said.

After Saturday’s opener, the Mustangs will visit Coxsackie-Athens on March 26 in a battle for the Greene County Cup. Their home opener is slated for April 10 against Ichabod Crane.