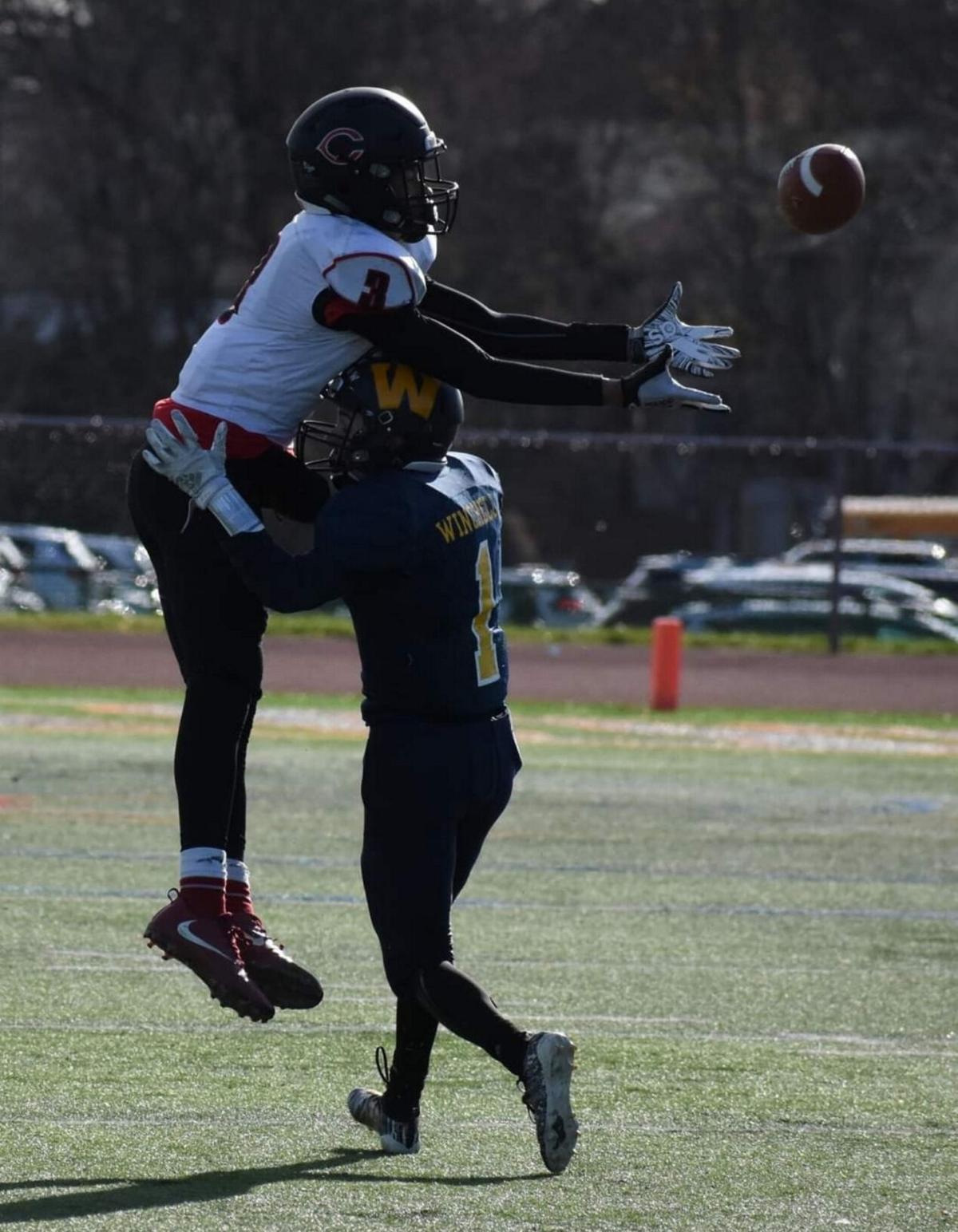 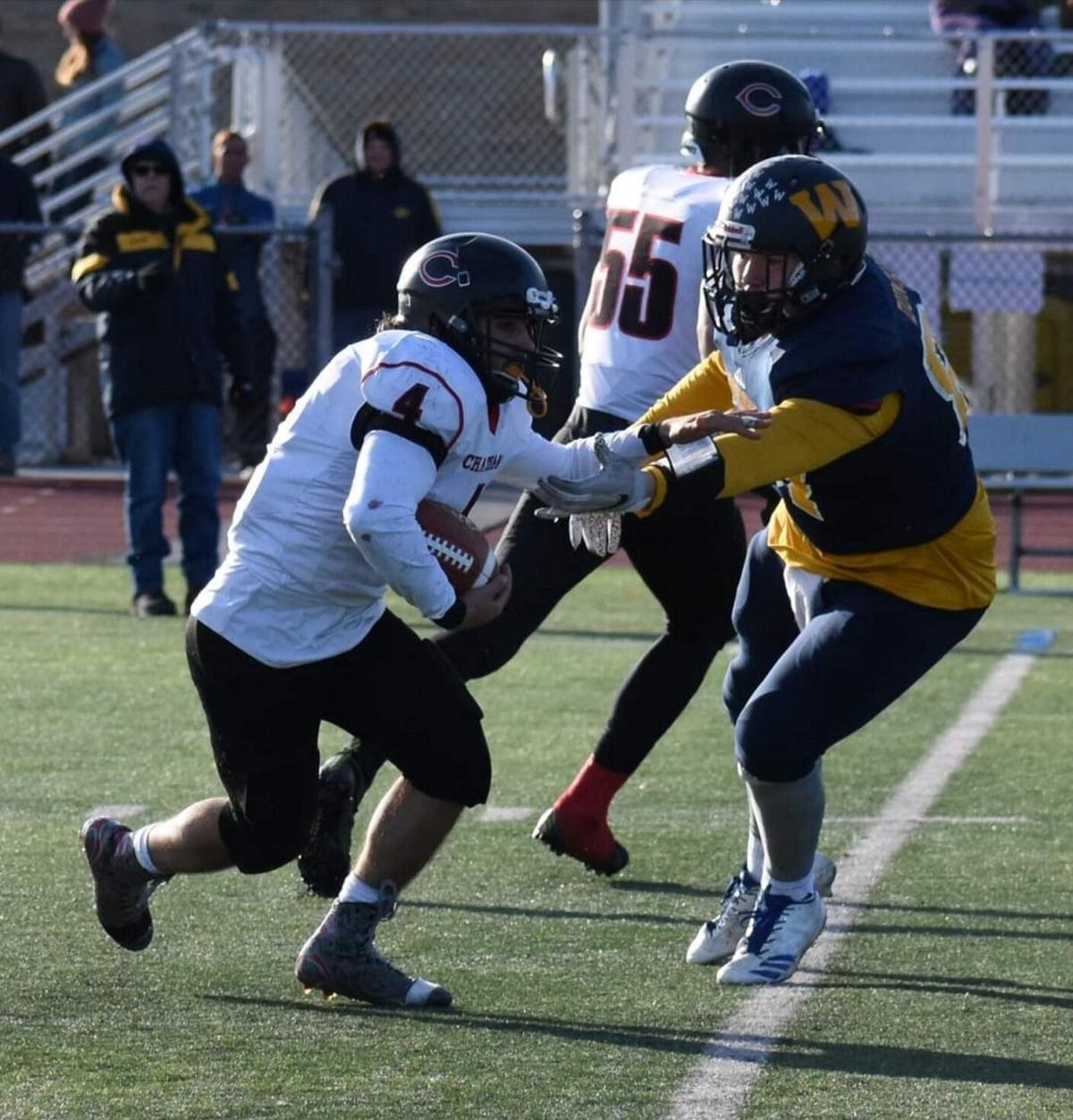 CHATHAM — A familiar face will be calling the shots for the Chatham varsity football team this spring.

Shawn Caldwell returns as the Panthers head coach, replacing Rich Sitzer, who stepped down after four successful years at the helm. Caldwell had previously served as Chatham’s head coach from 2010-15 and was running the team’s offense during Sitzer’s tenure.

The coronavirus pandemic has already given Caldwell plenty to deal with. Along with the football season moving from September to March, the Panthers were forced to shut down practice on March 13 when a player tested positive for the virus, wiping out their scheduled season opener against Helderberg Valley on March 20.

Practice resumed on Wednesday when Caldwell learned that Saturday’s opponent, Canajoharie, had a player test positive for the virus, forcing cancellation of that game. A quick search of available teams found Lansingburgh with an open date, so the Panthers will play the Knights in Lansingburgh on Saturday at 1:30 p.m.

“We spent hours watching film, preparing for Canjo when all of a sudden, boom ... take all of that and throw it out the window and prepare for the next team,” Caldwell said. “We’re going to compete and we’ll do fine on Saturday, but it’s tough when you’re trying to put a game plan together. But, what are you going to do? We’ll go up there and see what happens.”

Despite the bumps in the road the Panthers have faced, Caldwell is excited about his team’s potential.

“We have a great senior class and they’ve been great as far as leadership,” Caldwell said. “We’ve got some other little changes, but overall, team-wise, skill position-wise I think we’re very strong. We’re deep at pretty much every skill position.

“Up front, we’re good, but we’re very light there. So that’s going to be a big part of it this spring season as far as making it work. We have a couple of new kids coming in that spot line-wise. If we can work through that and get everybody a little experience up front I think we can have a good spring season.”

“Physically, he has all the potential,” Caldwell said. “He’s just a sophomore and we tend to forget that. We see him at practice and he’s been around the program, played a little bit as a freshman.

“Sometimes our expectations get a little bit too high, but both aspects of running and throwing we’re confident in and we do plan on putting the ball up in the air a little more this season and that’s due to him and his abilities. It’s just the mental aspects we have to work on as a younger player, understanding the defense and the coverages and where should we go with the ball in certain situations.”

Kneller will benefit from having one of the top receivers in Section II to throw to in Jayshawn, who returns for his third year on the varsity.

“We can put him anywhere, really,” Caldwell said. “Right now we put him out on the edge and we feel if we just throw the ball to him he’s going to go get it.”

The Panthers were hit by graduation at running back as Quinten Kastner and Thomas Van Tassel have both moved on. Caldwell is looking at Jacob Sorros and Spencer Ford to pick up the slack, with youngsters Matt Radley and Noah Hutchinson backing them up. Senior Mateo Talbott will also be in the mix once he recovers from an injury.

“Those are our five,” Caldwell said. “We have confidence in them, but want to se how it works out when they come up against somebody else. We’ll see how we match up.”

After holding down the offensive coordinator spot for Coach Sitzer the past four years, Caldwell will be switching gears and handling the defense.

“I’m enjoying it,” Caldwell said. “It’s a little bit of a new thing for me, a new challenge. I’ve basically morphed a lot of things that Rich has done over the years and the things that I’ve liked. We’ll run a 3-4 and I’m real confident in our group.

Continuing the program’s winning ways is important to Caldwell, but first and foremost he’s looking to send the seniors off on a positive note.

“No. 1, we have a senior group here that’s been a great group for the past four years they’ve been with us, so we want to make sure the experience for them is the best it can possibly be,” Caldwell said. “After that it’s build for the future.

“We have a good group coming back in the Fall and we just want to keep building on that and put ourselves in good position where summertime we’ll hopefully get to be able to work again and get our camps going and build toward the Fall. Let’s have some fun. We want to try to go out and win and all of that, but let’s enjoy this moment that we’re able to have because as we know over the past year these things that we take for granted can sometimes get taken away.”

I have being suffering from Parkinson disease for 4 years now at 51 years of age till i used Perfect Herbal Life. I used to have sleepless night, tremors, weakness, slow movement etc. I was placed on Sine-met for 7 months and then Sifrolh and Rotigotine was introduced which replaced the Sine-met but I had to stop due to side effects. Last year, I started on Parkinson’s disease herbal treatment from Perfect Herbal Life, this natural herbal treatment totally reversed my Parkinson’s disease. The treatment worked incredibly for my Parkinson’s disease, i have a total decline in symptoms including tremors, stiffness, slow movement and others.