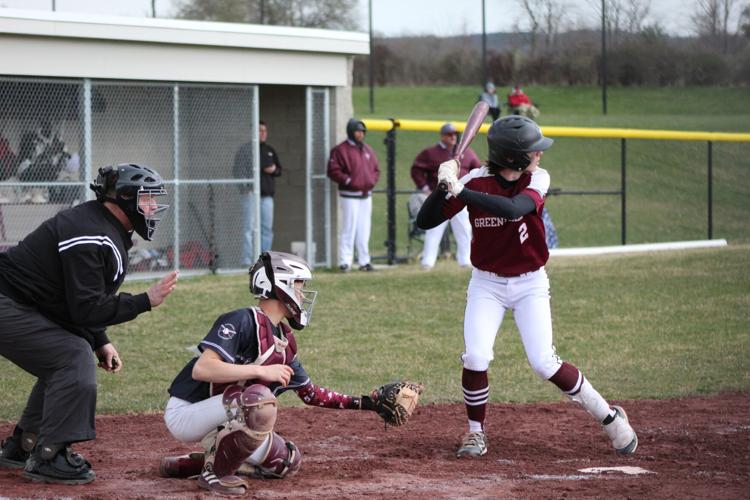 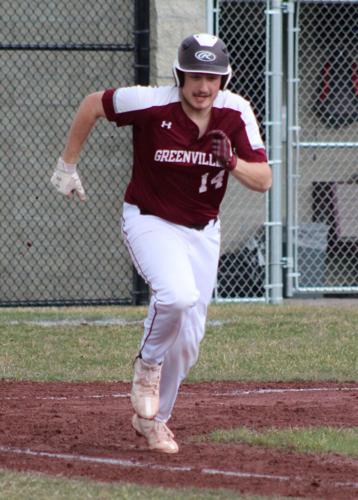 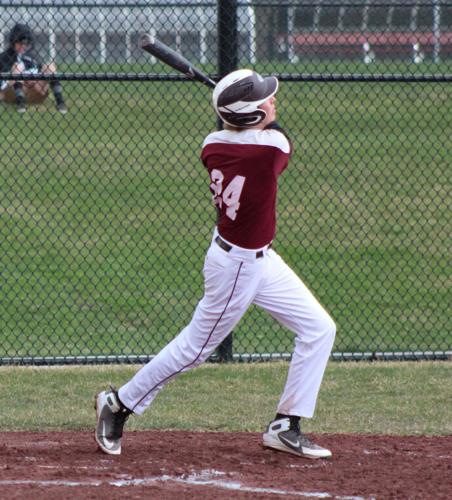 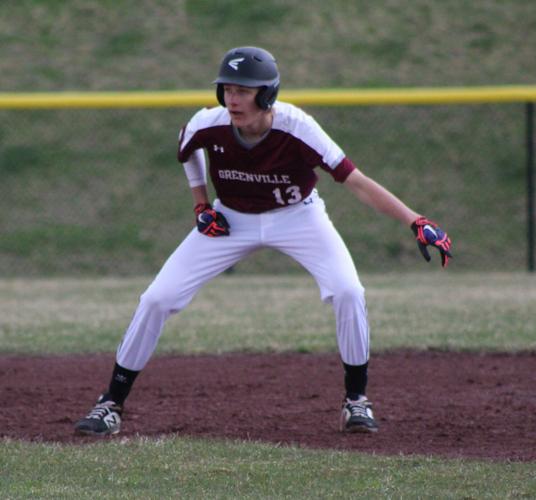 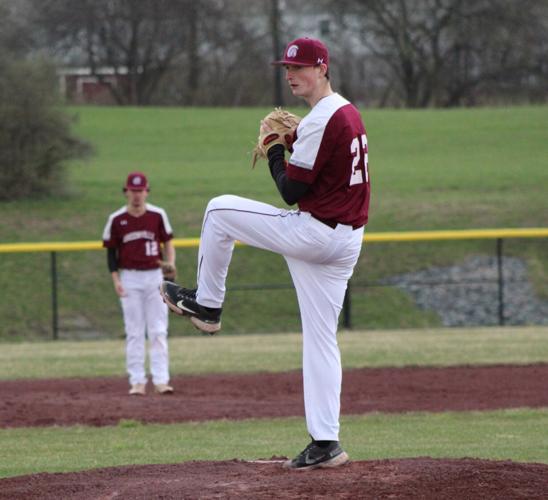 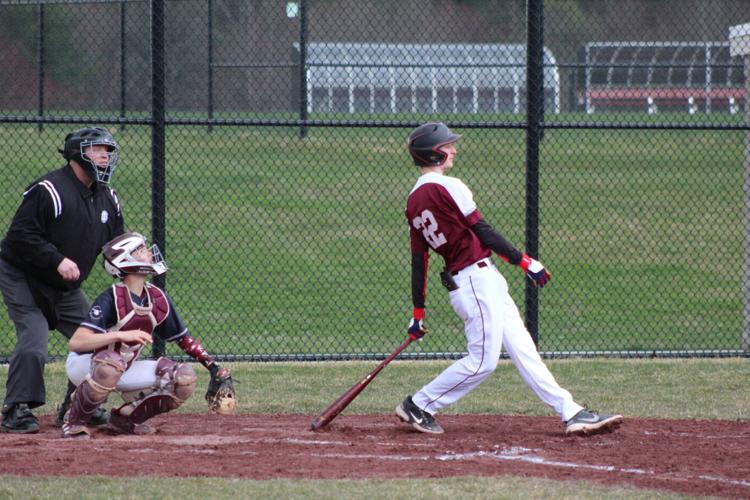 Matt Fortunato/Columbia-Greene Media Greenville’s Sam Buquet had two doubles and two RBI in the Spartans’s 17-2 victory over Watervliet on Thursday. 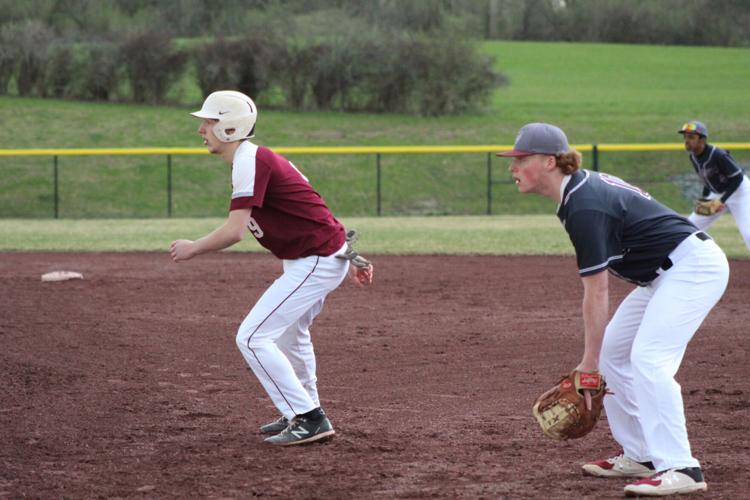 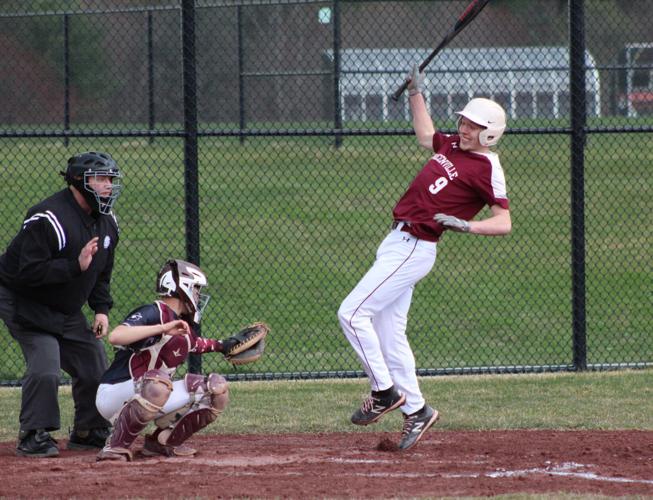 Matt Fortunato/Columbia-Greene Media Greenville’s Sam Buquet had two doubles and two RBI in the Spartans’s 17-2 victory over Watervliet on Thursday.

Sam Buquet got the win for the Spartans, after allowing just one hit over four innings and striking out five batters as Watervliet’s offense struggled throughout.

Buquet issued a walk with one away in the top of the first but induced a pop up to catcher Jack Motta for the second out. After an error at third base Buquet was in a jam with runners on the corners with two outs. He got the next batter to line out to shortstop and the inning was over.

After Jack Motta and Jake Miller both grounded out to start the inning, Donovan Gallagher worked a two out walk and quickly stole second base. Joe Domermuth walked as well to bring up Trey Smith.

Smith grounded a ball past the third baseman and into the outfield for a base hit, driving in Gallagher to give the Spartans a 1-0 lead. Buquet stepped into the box and laced one into left field for an RBI double as the wind took the ball right over the defender’s head.

Buquet went back to work on the mound in the top of the second with the confidence of a 2-0 lead in his pocket. Buquet sandwiched a groundout in between two strikeouts and retired the Cannoneers in order to bring the Spartans back to the plate.

Brett Larson and Jack Motta worked back-to-back walks to lead off the bottom half, and Isaiah Edmonds ripped an RBI single to left to increase the lead to 3-0. After an RBI base hit off the bat of Domermuth made it 4-0,

Smith popped one in the air to left field. The wind played a factor again and took the ball sailing over the left fielder’s head to plate two more runs.

The Spartans scored their seventh and ninth runs on wild pitches, while their eighth run came across on a single by Miller to center field. Edmonds reached on an infield single, forcing in another run to make it 10-0 Greenville. Gallagher worked a bases loaded walk, and Domermuth rounded out the inning with a two run single into left, bringing the lead to 13-0 by the end of the second.

Edmonds made a fine play on defense in the top of the third on a grounder up the middle. He picked it off of the ground behind second base as he glided across the infield dirt, and fired to first as his hat flew off in the wind and the out was made.

Buquet got another groundout and a strike out for the third out of the inning as Greenville looked to pile on. With a runner on first and one out, Miller doubled to deep left-center field and drove in another run as he missed a home run by less than a foot, making it 14-0. Motta hit a ground ball to shortstop but it was bobbled and another run scored as he reached first base safely and it was 15-0.

Buquet started the fourth with a strikeout and then gave up his first base hit of the outing so far. He got the next hitter to hit a soft pop up back to the mound off of the weakest part of the bat, and Buquet caught it himself for the second out.

Buquet got the next batter looking at strike three to shut the Cannoneers down yet again. The bottom of the fourth was highlighted by back-to-back RBI doubles from Trey Smith and Sam Buquet and Greenville’s lead was now 17-0.

Domermuth entered the game in relief for the Spartans in the top of the fifth, needing only three outs to end the game via mercy rule. Domermuth got into a bit of trouble in the inning, and gave up Watervliet’s only two runs on a two run single that made it 17-2.

After another base hit and a walk, the Cannoneers had the bases loaded with two outs. Domermuth found the plate soon enough and got the next hitter to hit a soft liner back to himself and he caught it on the mound for the final out and the game ended via a mercy rule.

The Greenville Spartans defeated the Watervliet Cannoneers 17-2 over five innings of play via a mercy rule Thursday through relentless wind and with little sunlight.