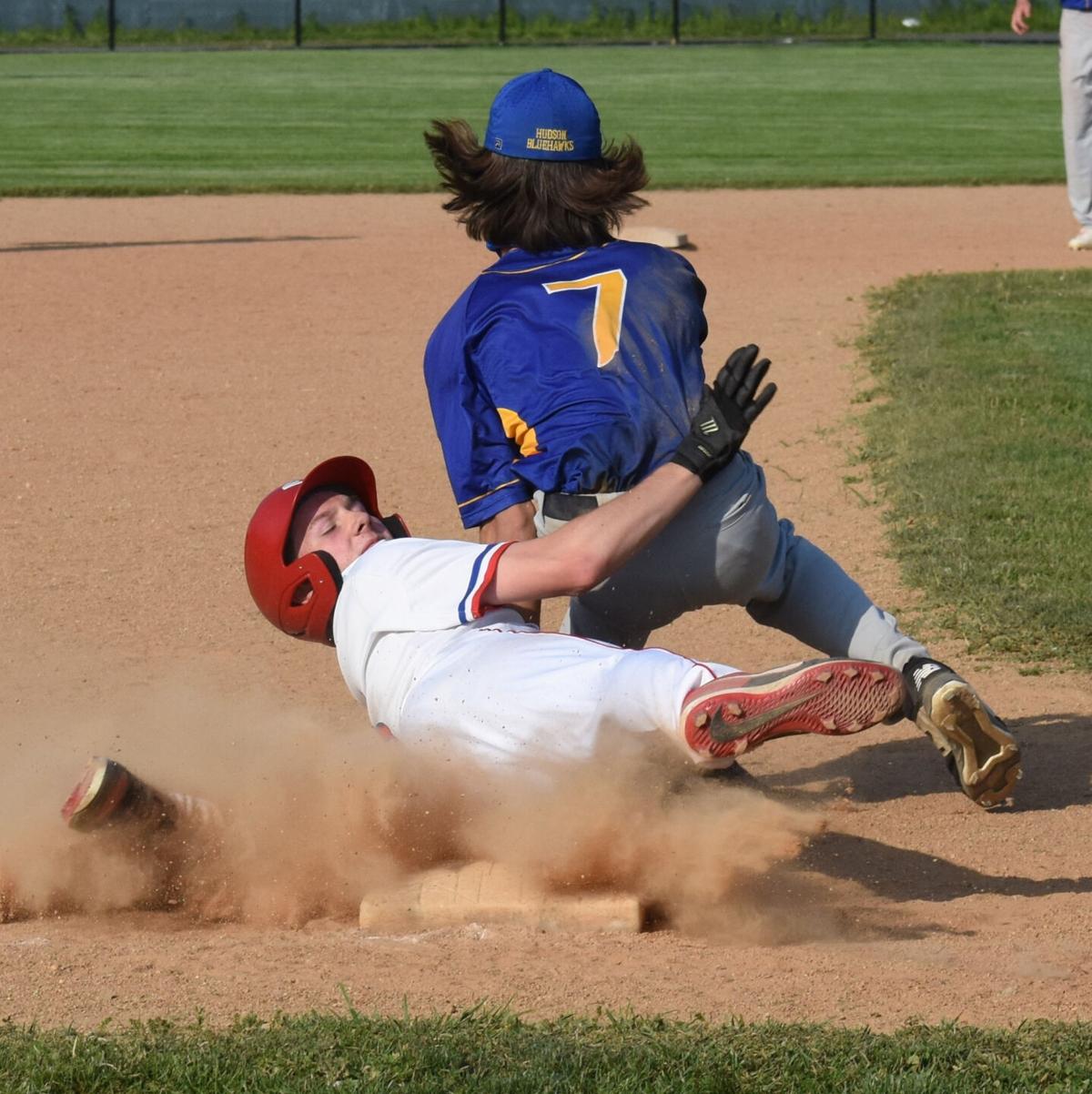 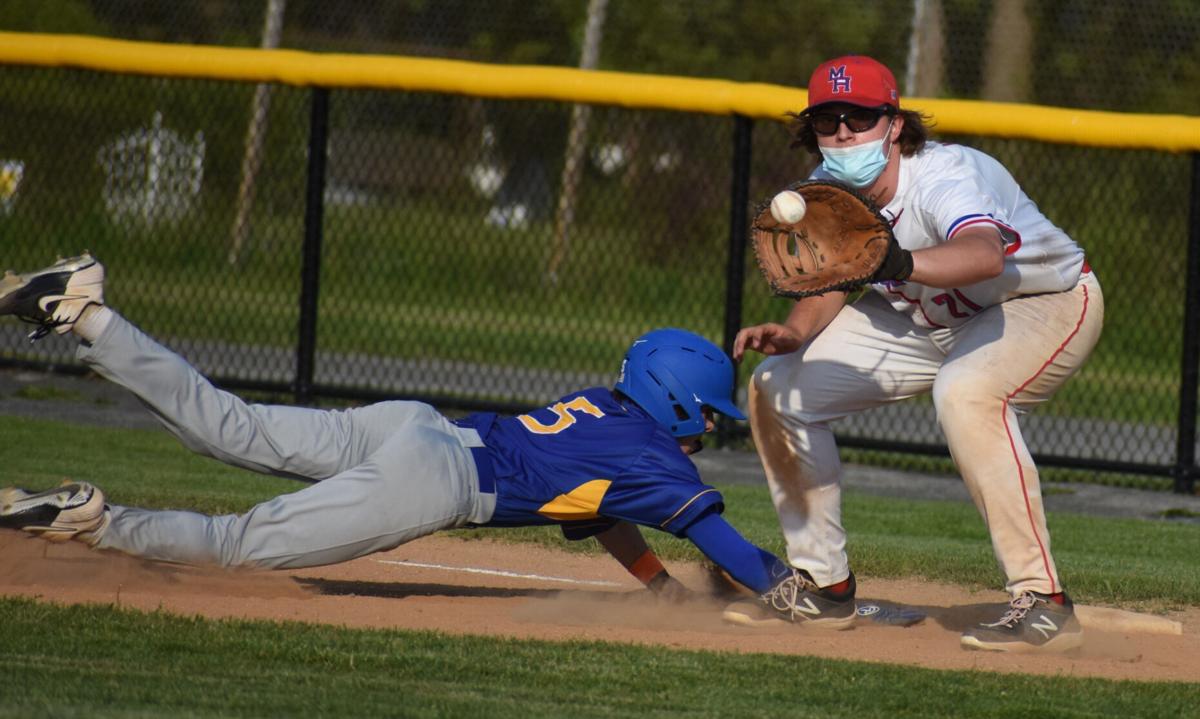 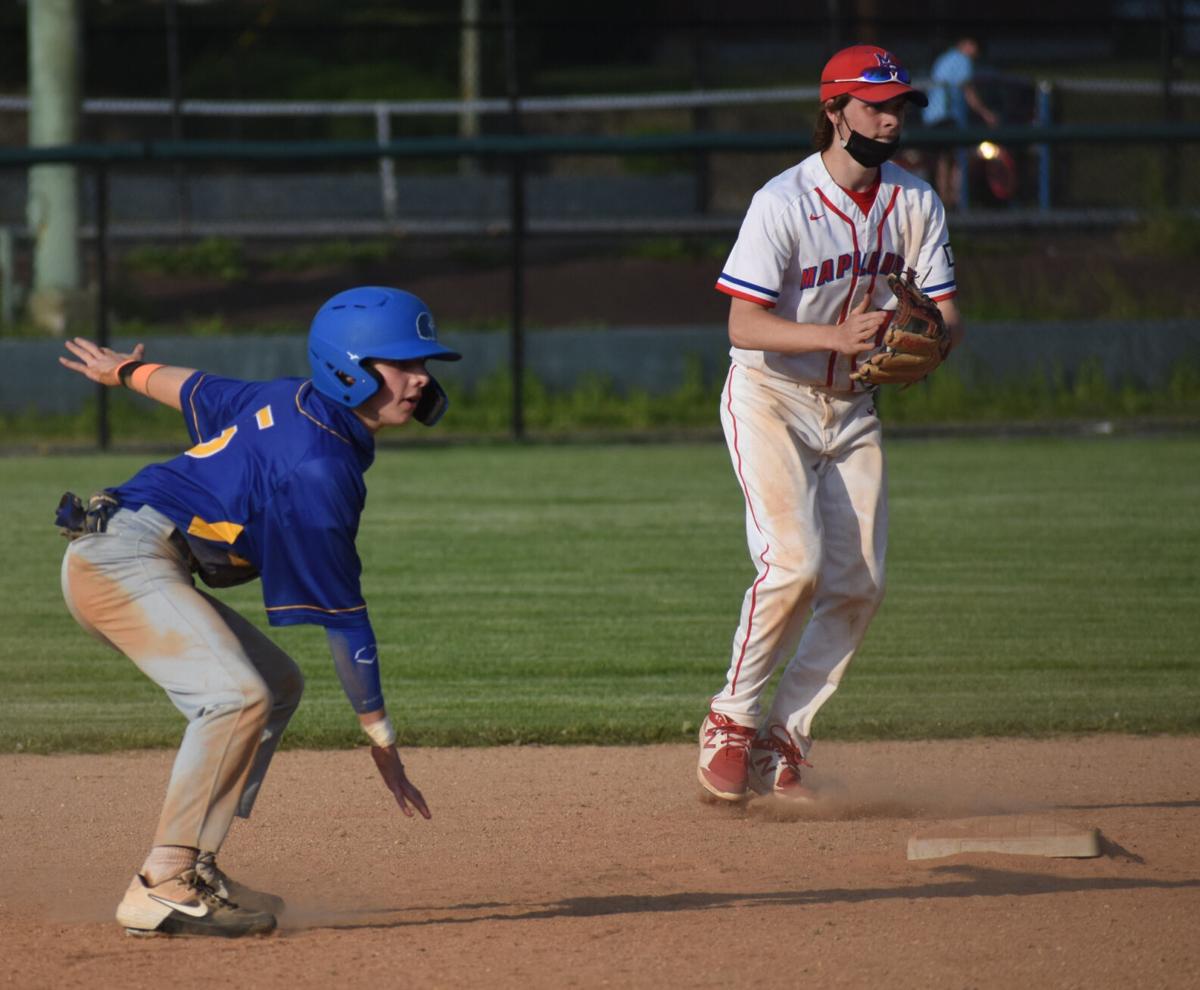 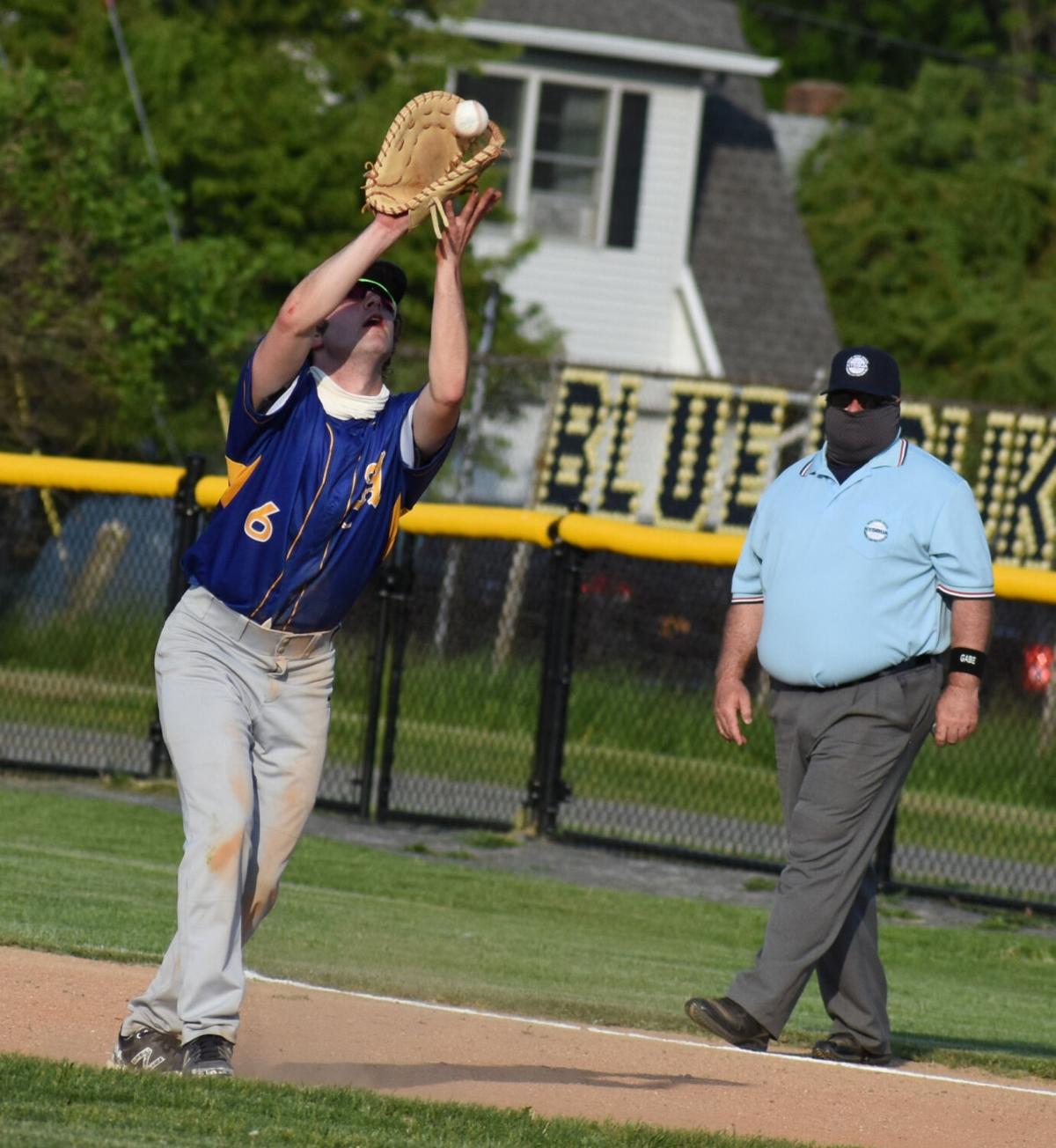 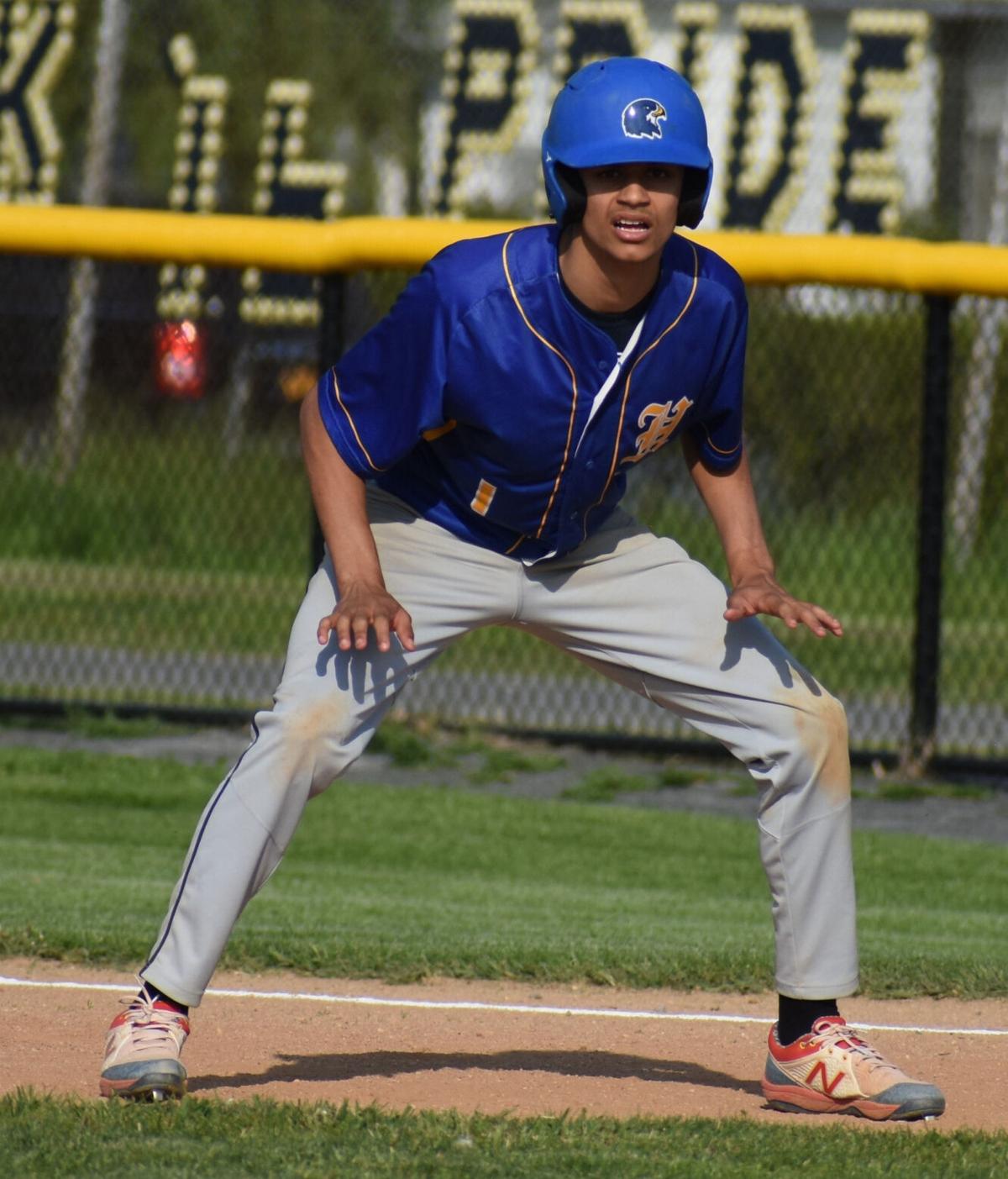 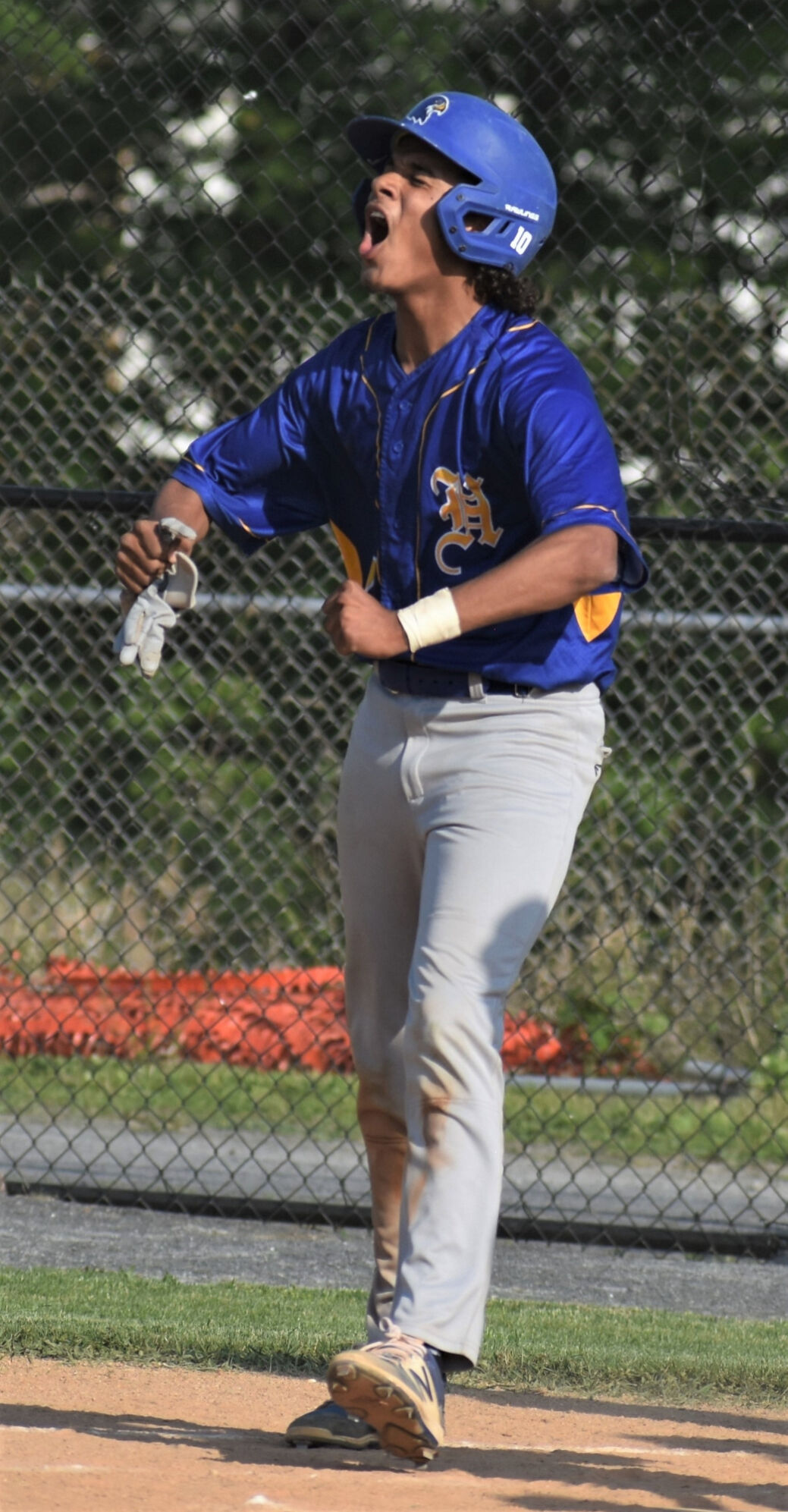 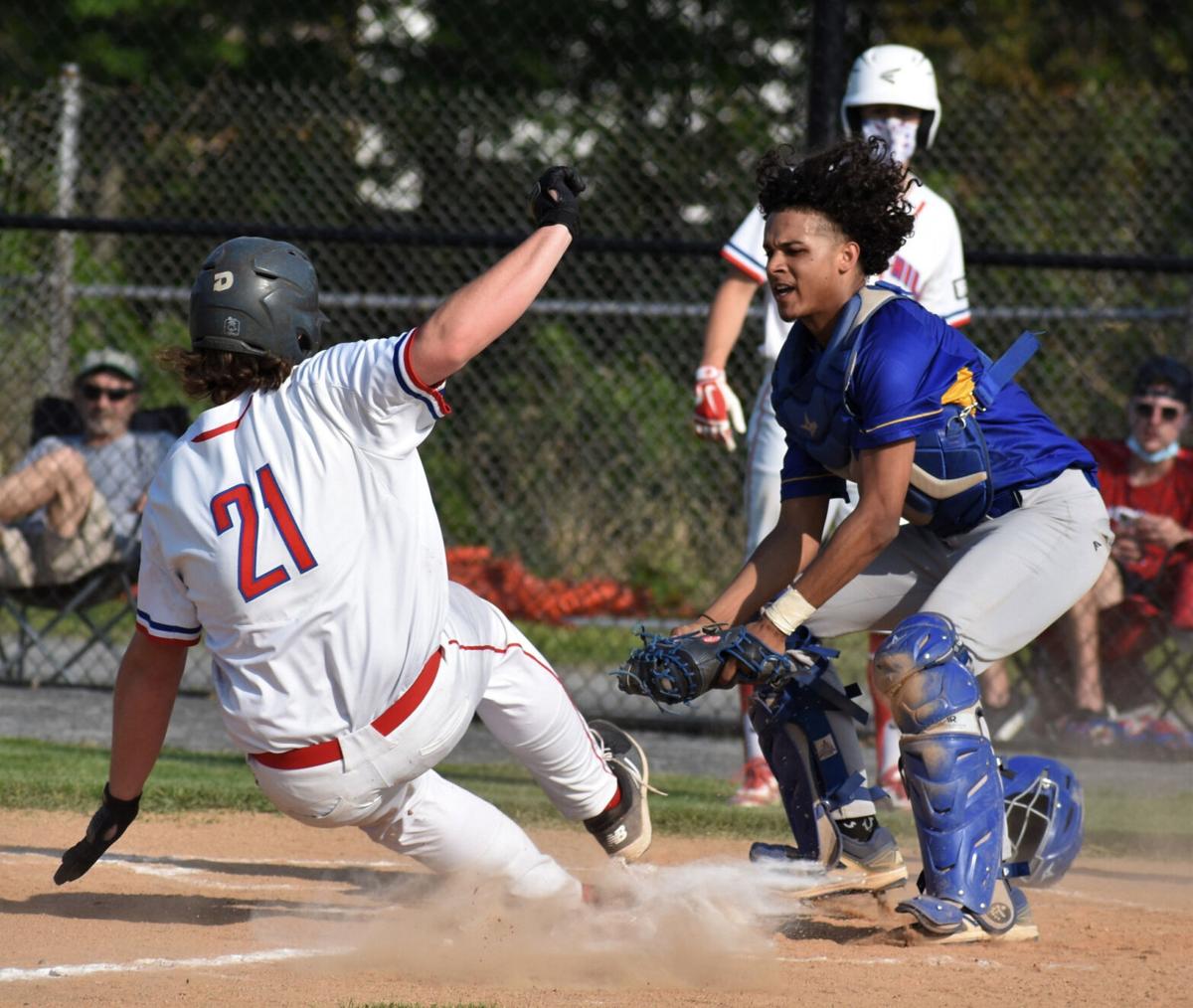 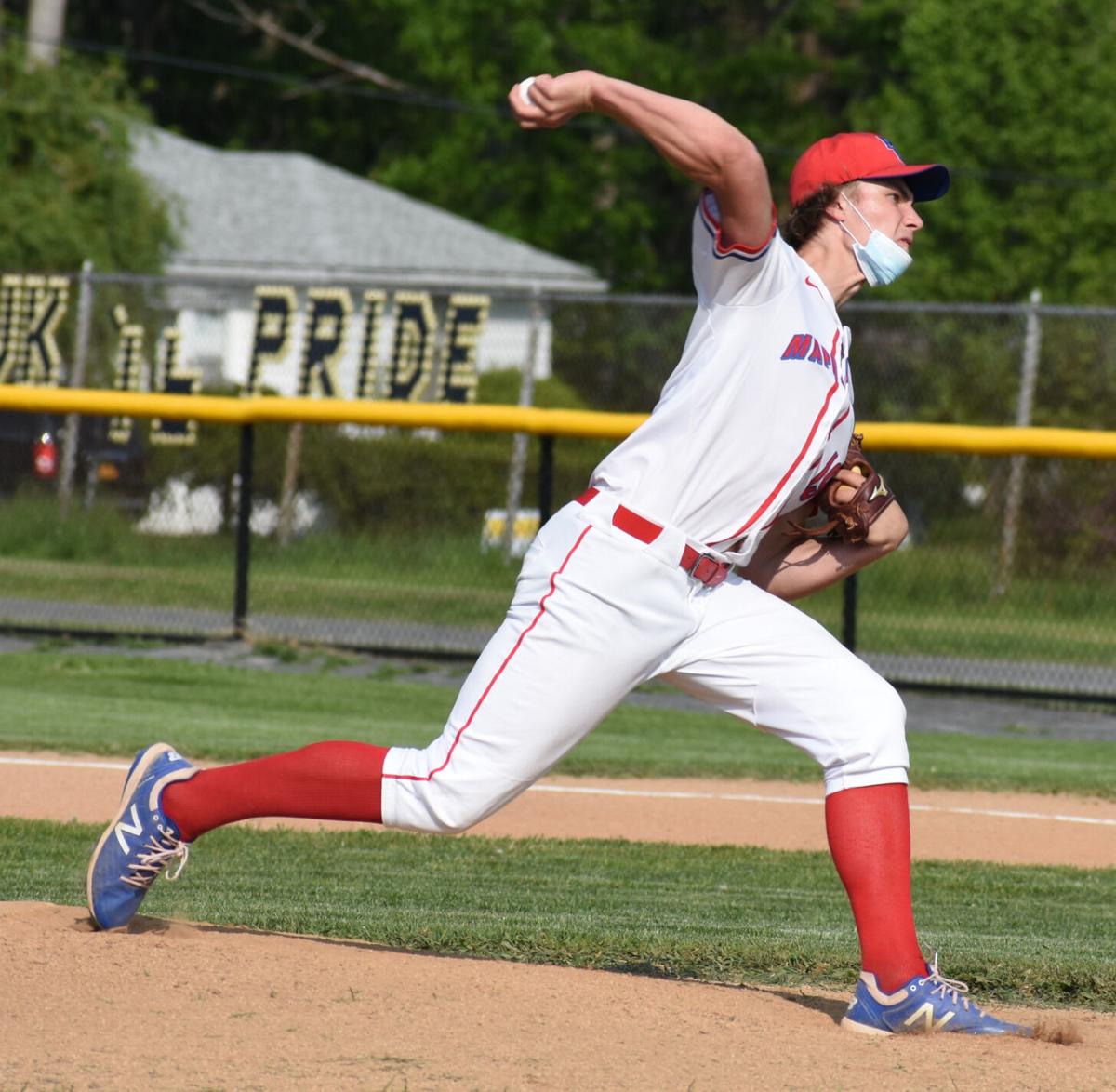 HUDSON — Hudson rallied for seven runs in the bottom of the sixth inning and went on to defeat Maple Hill, 10-6, in Wednesday’s Patroon Conference baseball game.

With Hudson trailing 6-3 entering the last of the sixth, Matt Bowes started the game-winning rally off with a double. Zack Bernockie followed with a single and Tanner Race walked to load the bases. One out later, Jon Bernockie ripped a base hit, scoring two runs.

Connor Tomaso stepped in and delivered a double to plate two more runs to give Hudson a 7-6 lead and Isaiah Maines singled in Tomaso to make it 8-6.

The Bluehawks added two more runs in the inning on a single by Bowes and an outfield error before turning things over to Jordan Moon, who came in to pitch the seventh and retired the Wildcats in order, striking out two of the three batters he faced, to nail down the victory.

Matt Jung had three singles and three RBI for Maple Hill. Jerry Stalker had a double and single with two RBI, Eli Charlebois and Jack Wildermuth both had two singles, Gavin Van Kempen singled and drove in a run and Brody Rogers, Sam Gamello, Andrew Lensink and Colby Frazier all singled.

Van Kempen and Rogers combined for the Wildcats, striking out 11, walking two and allowing 11 runs and 12 hits.

CHATHAM — Chatham bounced back from a loss to Maple Hill on Monday with an 11-1 victory over Greenville in Wednesday’s Patroon Conference baseball game.

Greenville jumped on the board in the top of the first after Tyler Kneller started the game striking out the first two batters, Joe Domermuth doubled over the center fielder’s head, Eli Larson walked, Sam Buquet was hit by a pitch and Trey Smith drew a walk to force home Domermuth. Kneller escaped further damage when Vinnie Marasco took a force out at 3rd to end the threat.

In the bottom of the 2nd, Chatham tied the score when Kneller singled, stole second and came home on a throwing error. Chatham added to their lead in the third when Cam Horton was hit by a pitch, stole second and scored on a seeing eye single up the middle off the bat of Grayson Van Wie. Mike Pierro followed with a double to right-center field. Kneller followed with a single to center that scored both runners and extended the lead to 4-1.

Chatham scored seven more in the fourth inning on hits by Tate Van Alstyne, Horton, Pierro and Kneller. The game ended after 4 1/2 innings due to the 10-run rule.

“We played a more complete game today,” Chatham coach Scott Steltz said. “We had disciplined at bats up and down the lineup. Tyler pitched well again today. Each outing he improves. He did a better job of locating his fastball, pitching ahead in counts and holding runners.

“We were also good defensively today, although we only had to retire four batters not via the strikeout. We limited traffic on the bases and Cam Horton did an outstanding job behind the plate.”

CATSKILL — Catskill scored four runs in the bottom of the sixth inning and went on to edge Taconic Hills, 7-5, in Wednesday’s Patroon Conference baseball game.

Aaron Bonci had two singles and two RBI and Zach Rowe doubled and drove in two for Taconic Hills. Brandon Rossano and Bryce Atwood each had a single.