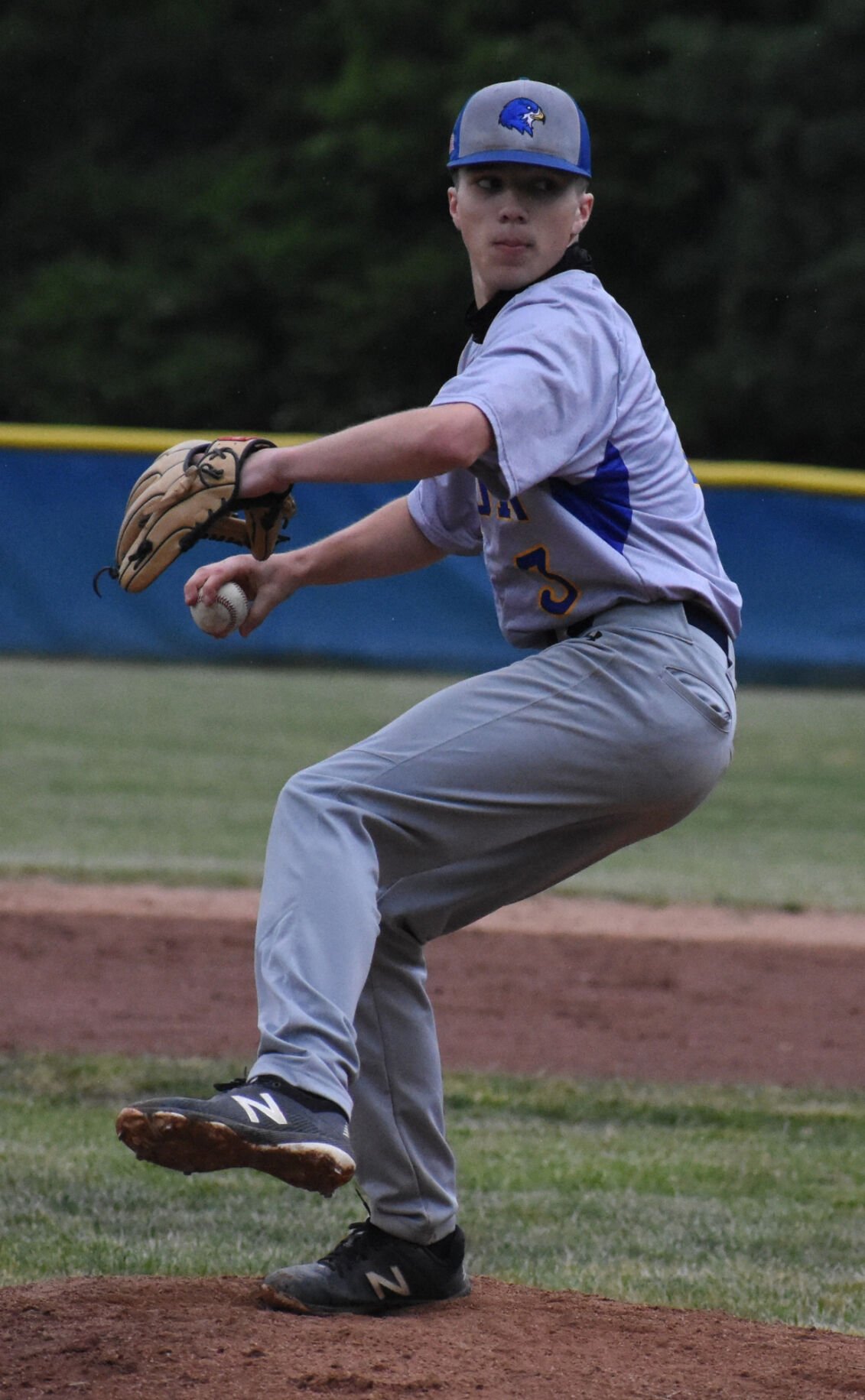 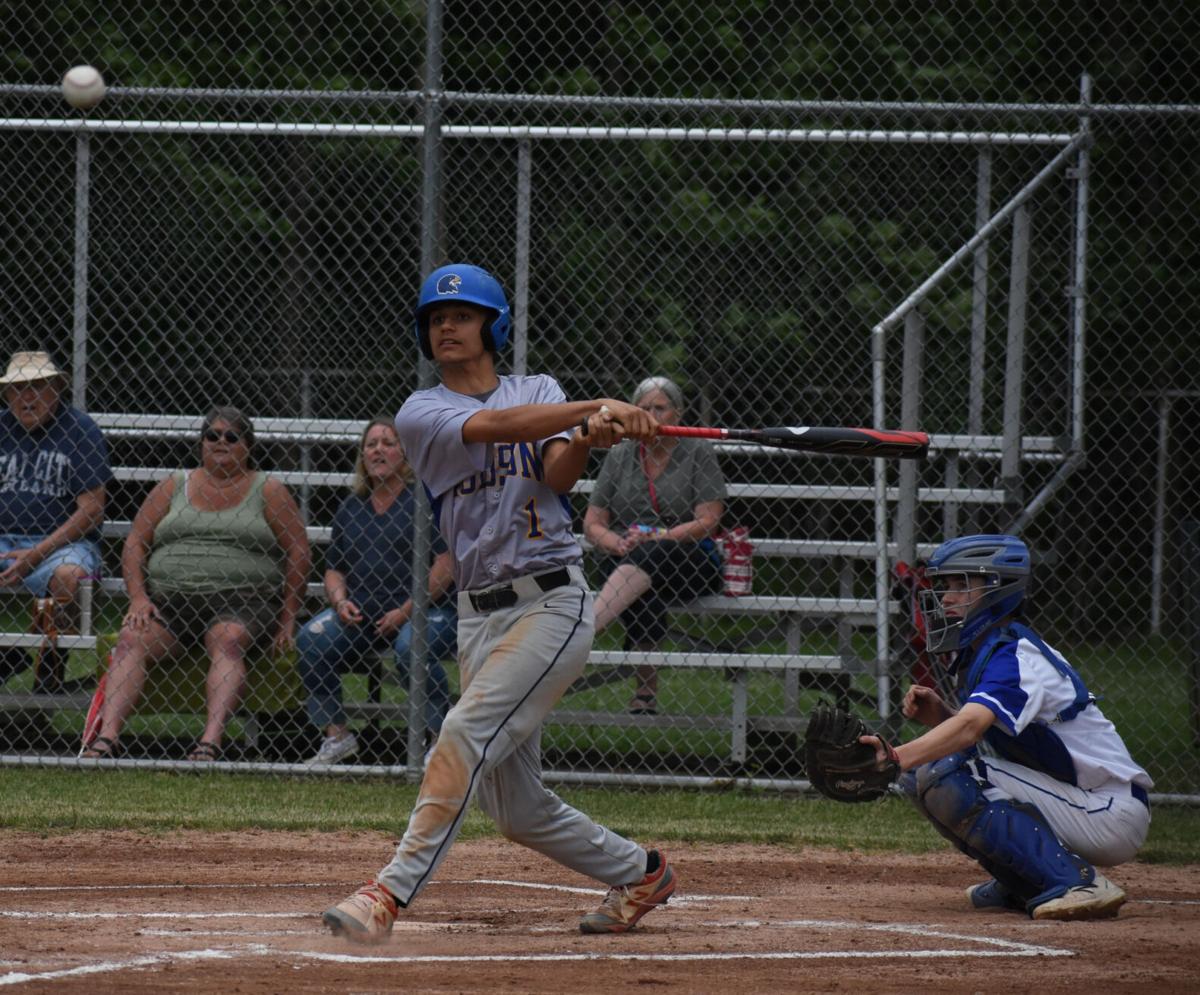 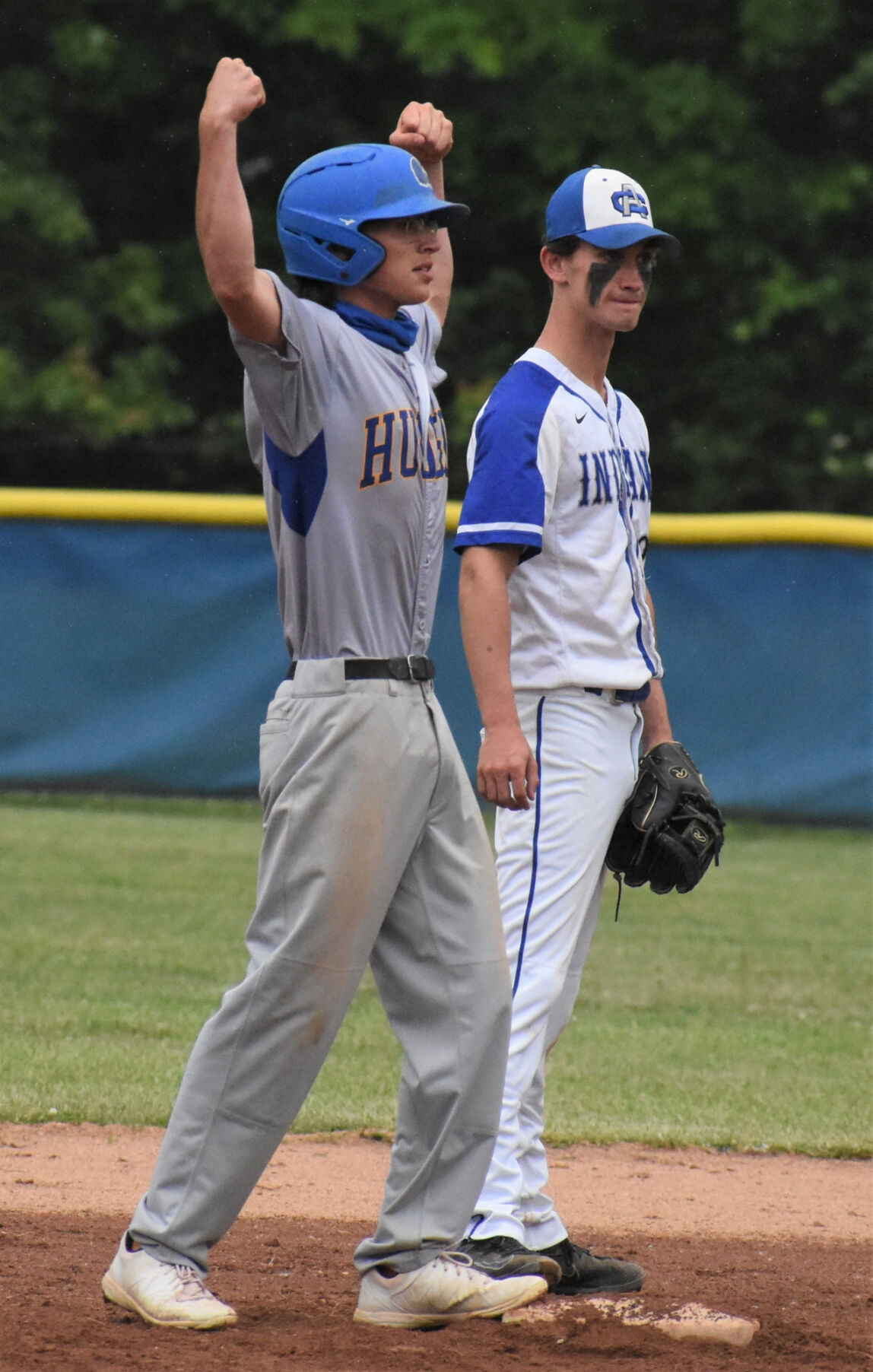 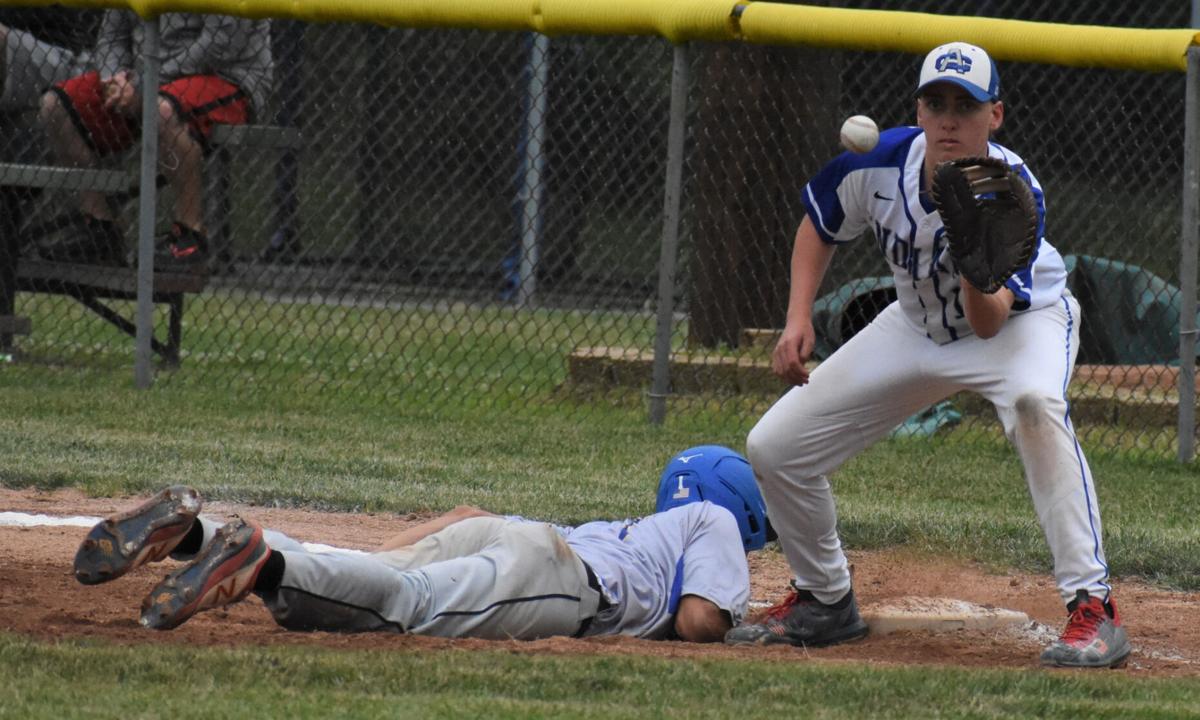 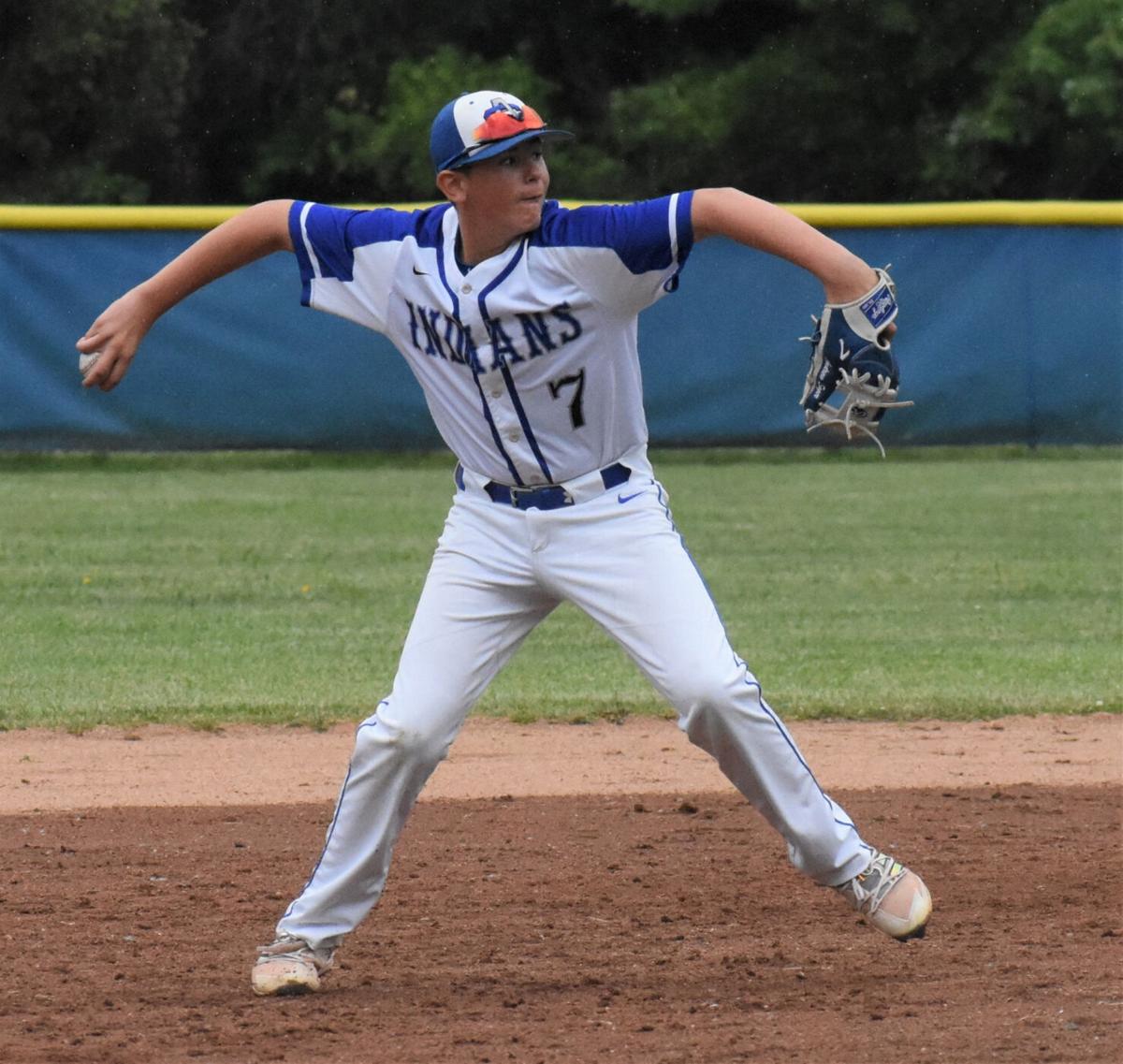 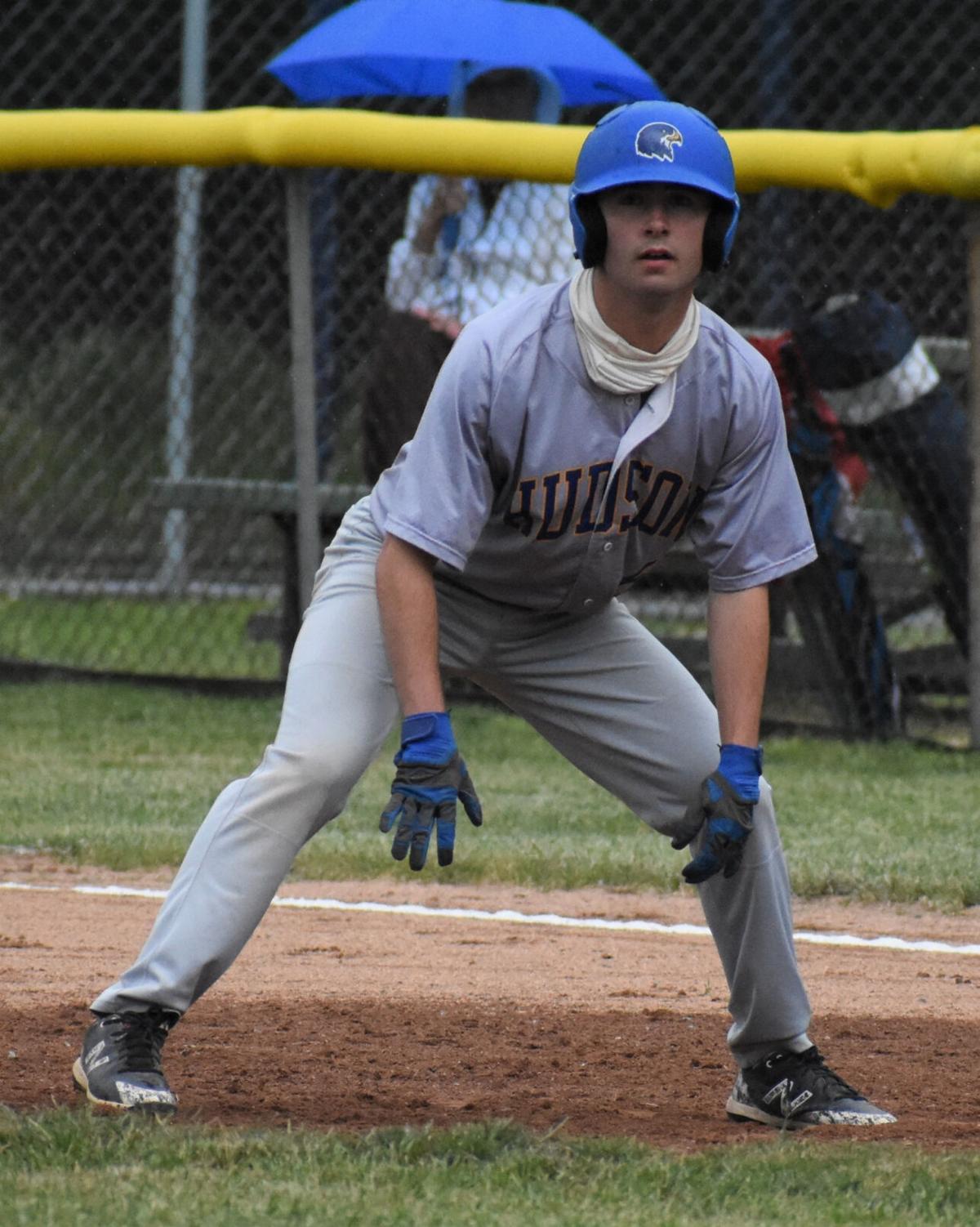 Tim Martin/Columbia-Greene Media Hudson’s Tanner Race takes a lead off of first base during Wednesday’s Patroon Conference game against Coxsackie-Athens at McQuade Park. 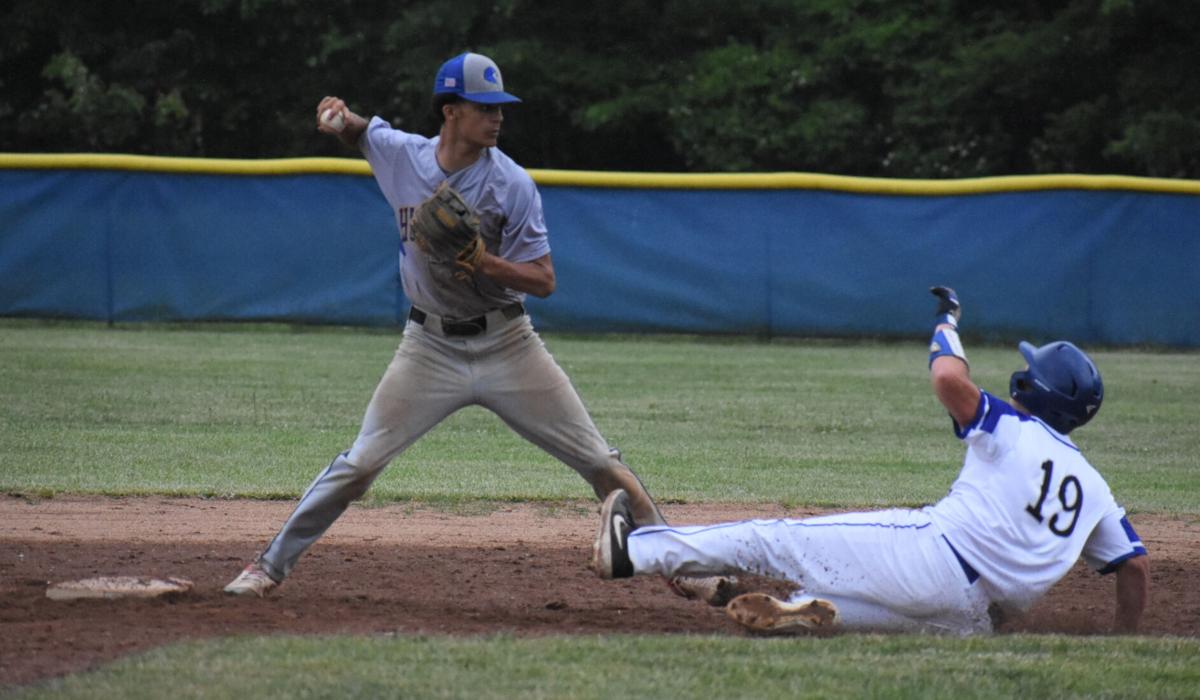 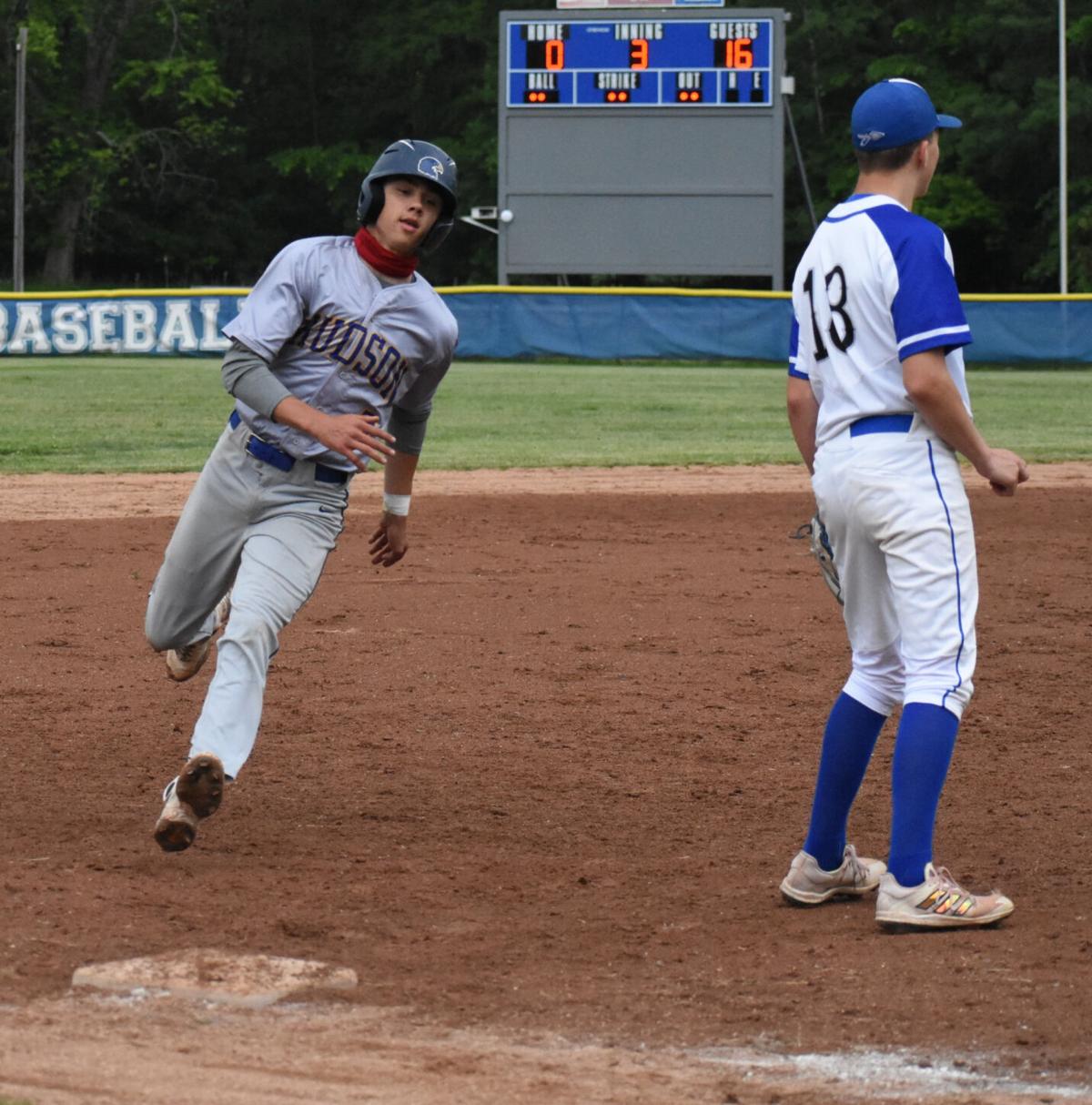 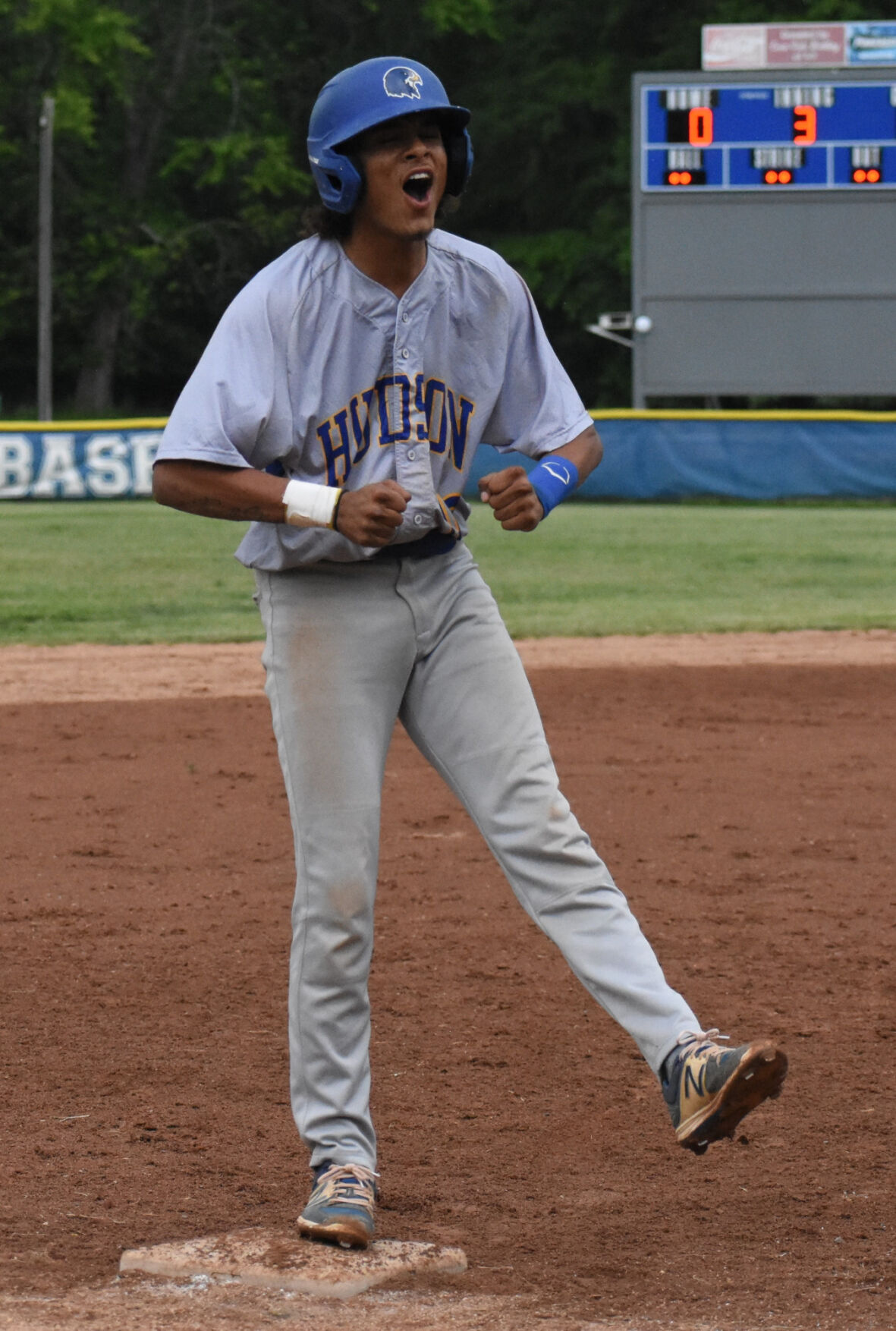 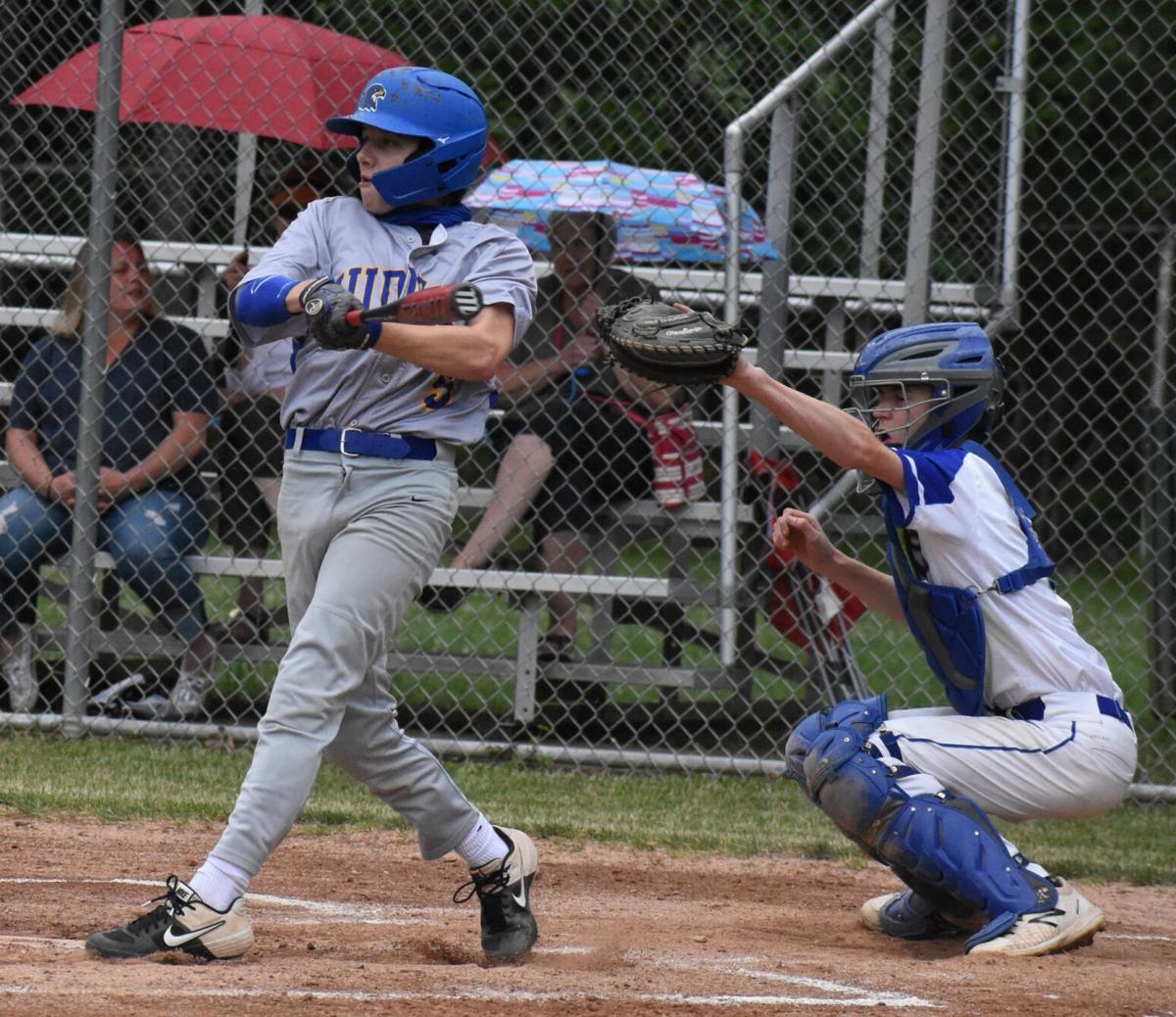 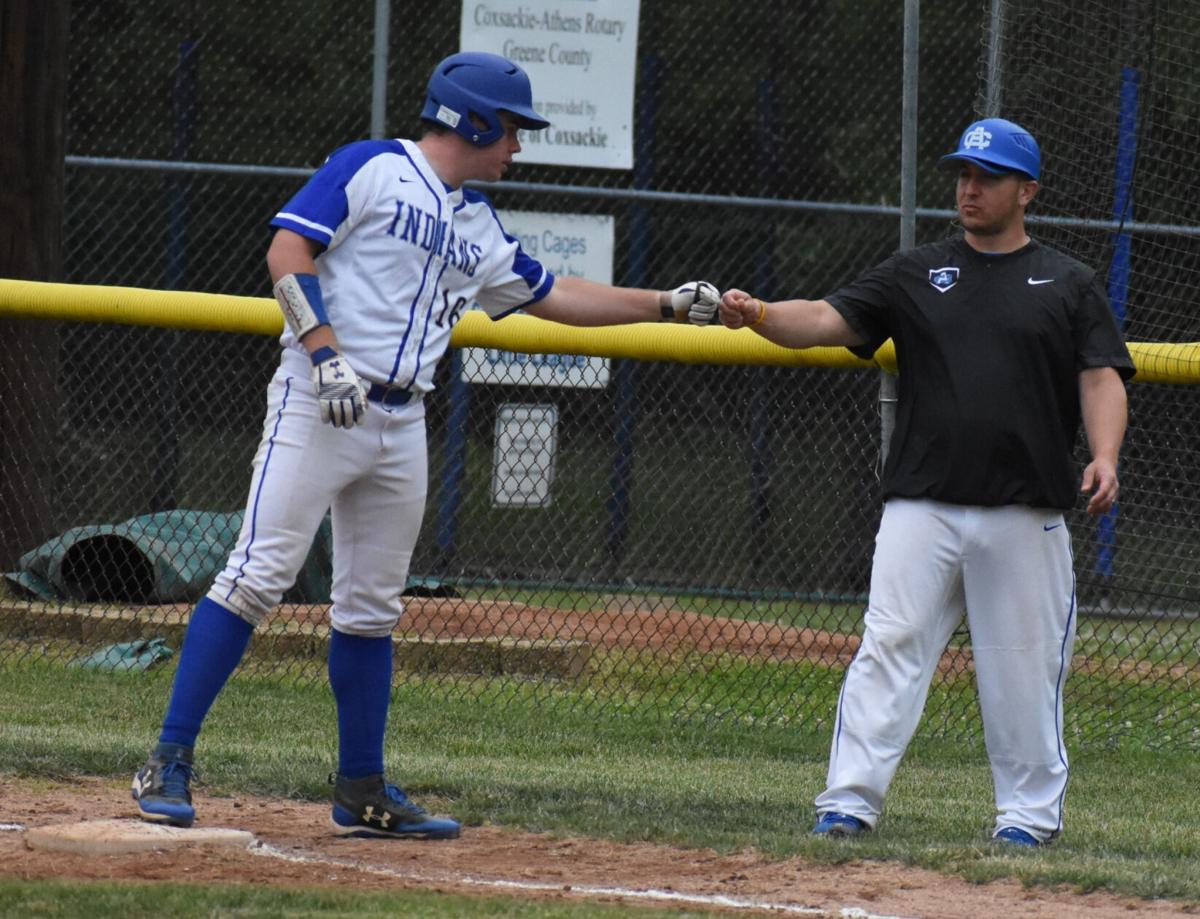 Tim Martin/Columbia-Greene Media Hudson’s Tanner Race takes a lead off of first base during Wednesday’s Patroon Conference game against Coxsackie-Athens at McQuade Park.

COXSACKIE — Vic Gorman had a triple and a double with an RBI and Isaiah Maines went 3 for 3 with two RBI to power Hudson to a 17-4 victory over Coxsackie-Athens in Wednesday’s Patroon Conference baseball game at McQuade Park.

Matt Bowes got the start on the mound for the Bluehawks (9-1) and was in command from the start, allowing just two hits and no runs with seven strikeouts in four innings. Kasey Moore pitched the fifth, surrendering four runs (one earned) and three hits with a strikeout and two walks.

The game was stopped after the fifth because of the 10-run rule.

Moore had a single and three RBI for Hudson. Zack Bernockie drilled a double and drove in two, Connor Tomaso collected two singles and two RBI, Bowes and Tanner Race each singled and knocked in a run and Jordan Moon, Jon Bernockie and Matt Antonelli all singled.

Keegan O’Callaghan went 3 for 3 for C-A. Josh Kiefer and Andrew Sager each had a single and an RBI.

Brady Penet, Sam Mozzillo, Sean Scott and Christian Tedford all had a turn on the mound for C-A, allowing 17 runs and 14 hits with three strikeouts and eight walks.

GREENVILLE — The first four batters in Greenville’s lineup all had at least three hits as the Spartans handed Cairo-Durham a 14-2 setback in Wednesday’s Patroon Conference baseball game.

The game was stopped after five innings because of the 10-run rule.

Sam VanAuken contributed three singles and an RBI. Ryan Arp had a single and an RBI and Eli Larson drove in a run.

Cole Partridge, Alberto Rivera and Ethan Phillips all pitched for the Mustangs, combining for four strikeouts and seven walks, while surrendering 14 runs and 15 hits.

RAVENA — Ichabod Crane pulled away from a close game with four runs in the sixth inning and three more in the seventh to earn a 15-6 victory over Ravena in Wednesday’s Colonial Council baseball game.

Gunnar Grethen-McLaughlin led the Riders’ 14-hit attack with two doubles and a single. Nate Garafalo added a triple, Justice Suafoa had a double and single with three RBI, Connor Bailey and Satchel Baumgartner each had two singles and two RBI, Dylan McCrudden contributed two singles, Alex Schmidt singled and drove in two runs and Brady Holzhauer had a single and an RBI.

Schmidt and Holzhauer combined for the win, teaming up for nine strikeouts and eight walks, while allowing six runs and eight hits.

VALATIE — Cohoes overcame a four-run deficit with five runs in the fifth inning and held on to defeat Ichabod Crane, 5-4, in Tuesday’s Colonial Council baseball game.

The Riders managed six hits in the game with Topher Pelesz, Nate Garafalo, Justice Suafoa, Connor Bailey, Satchel Baumgartner and Jack Mullins each getting a single. Suafoa and Dylan McCrudden had one RBI apiece.