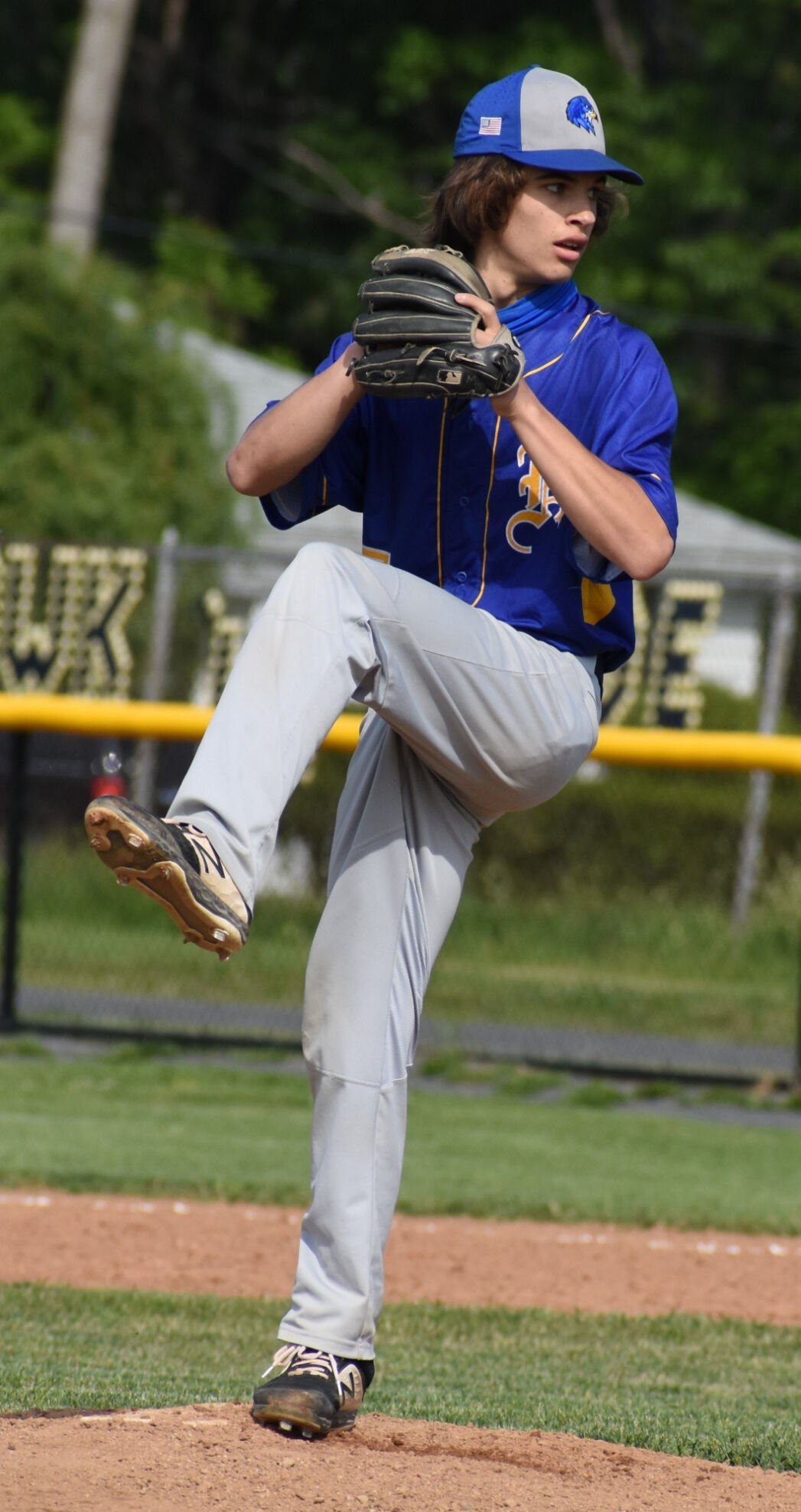 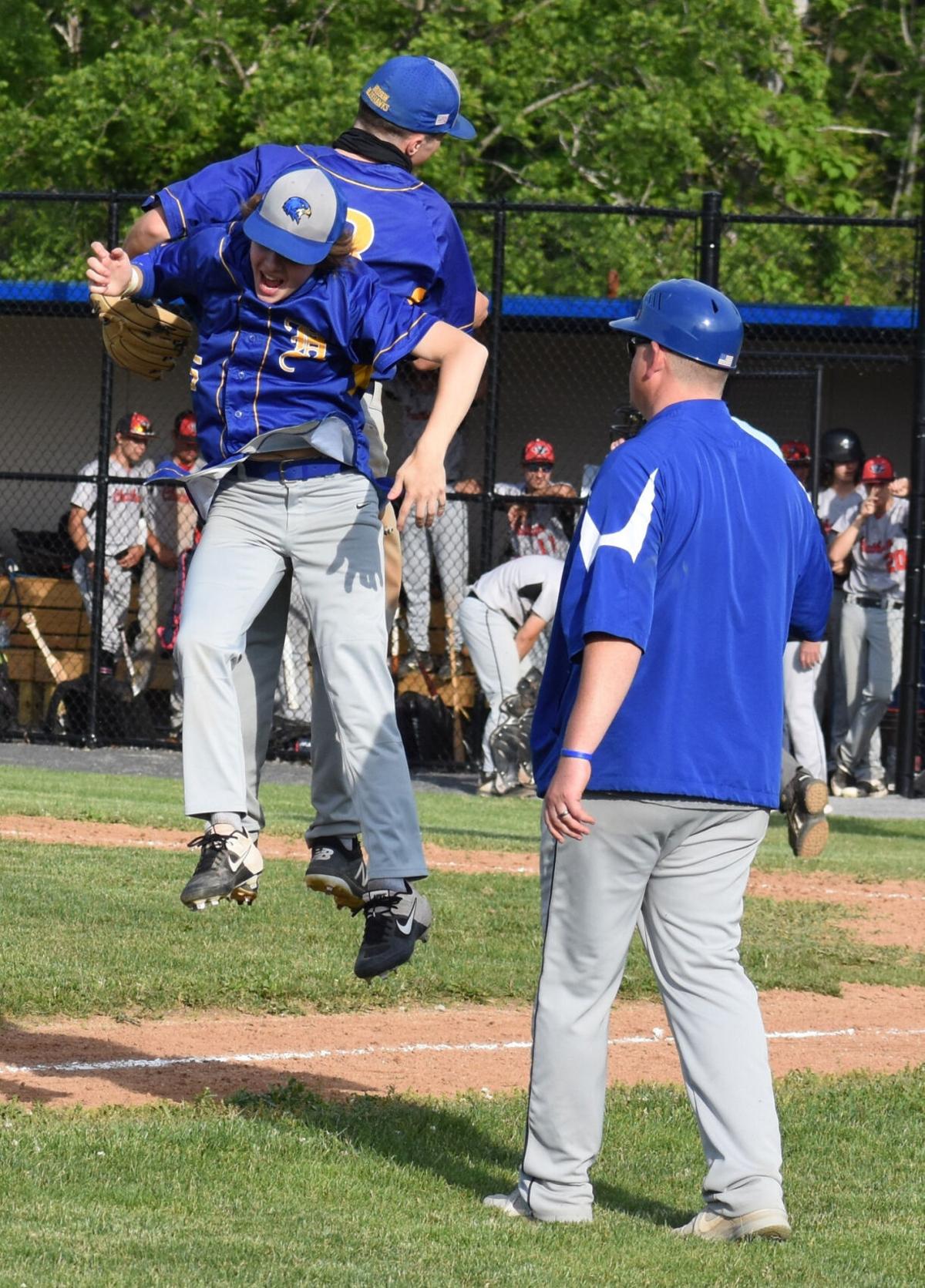 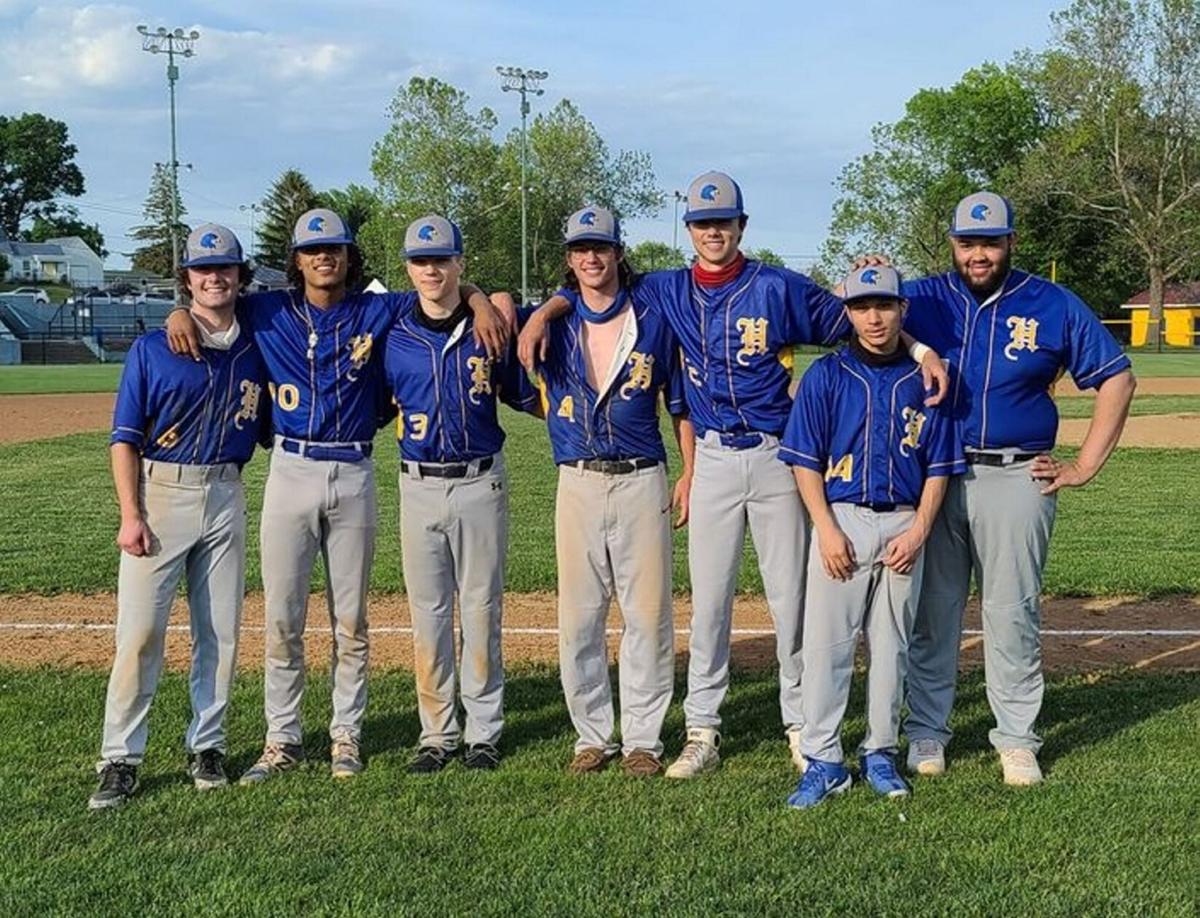 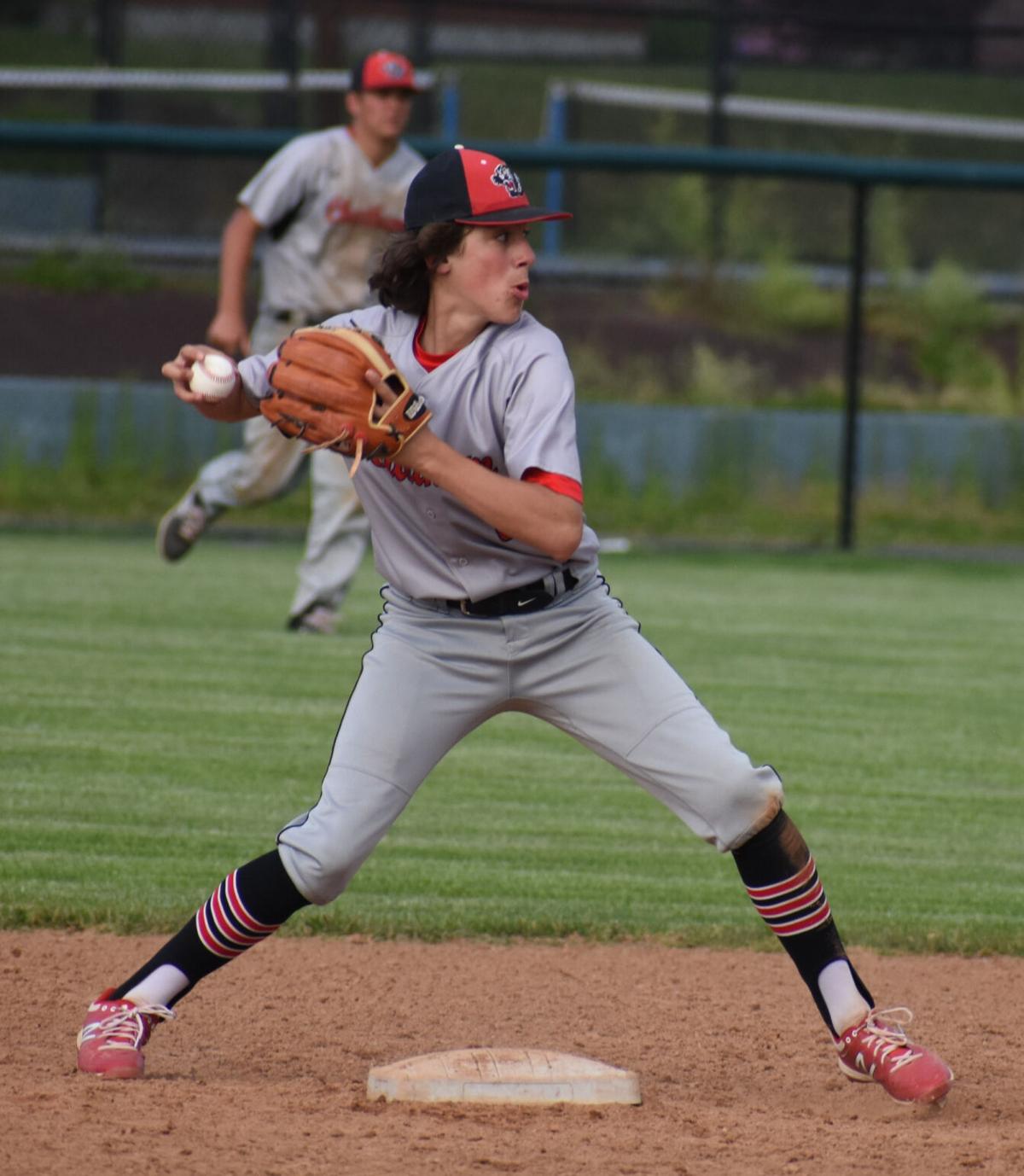 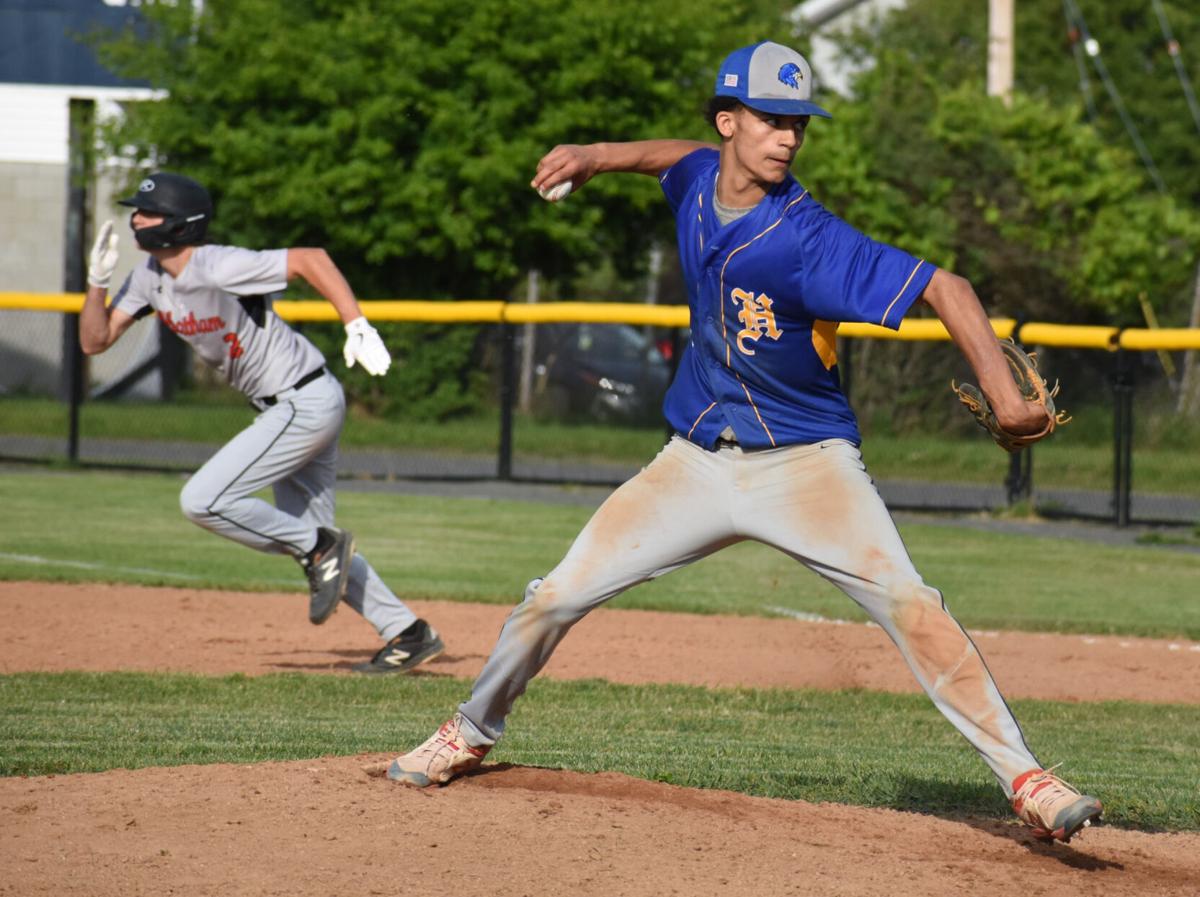 Tim Martin/Columbia-Greene Media Chatham’s Tyler Kneller taks off for second base as Hudson pitcher Isaiah Maines delivers a pitch to the plate during the seventh inning of Tuesday’ Patroon Conference game. 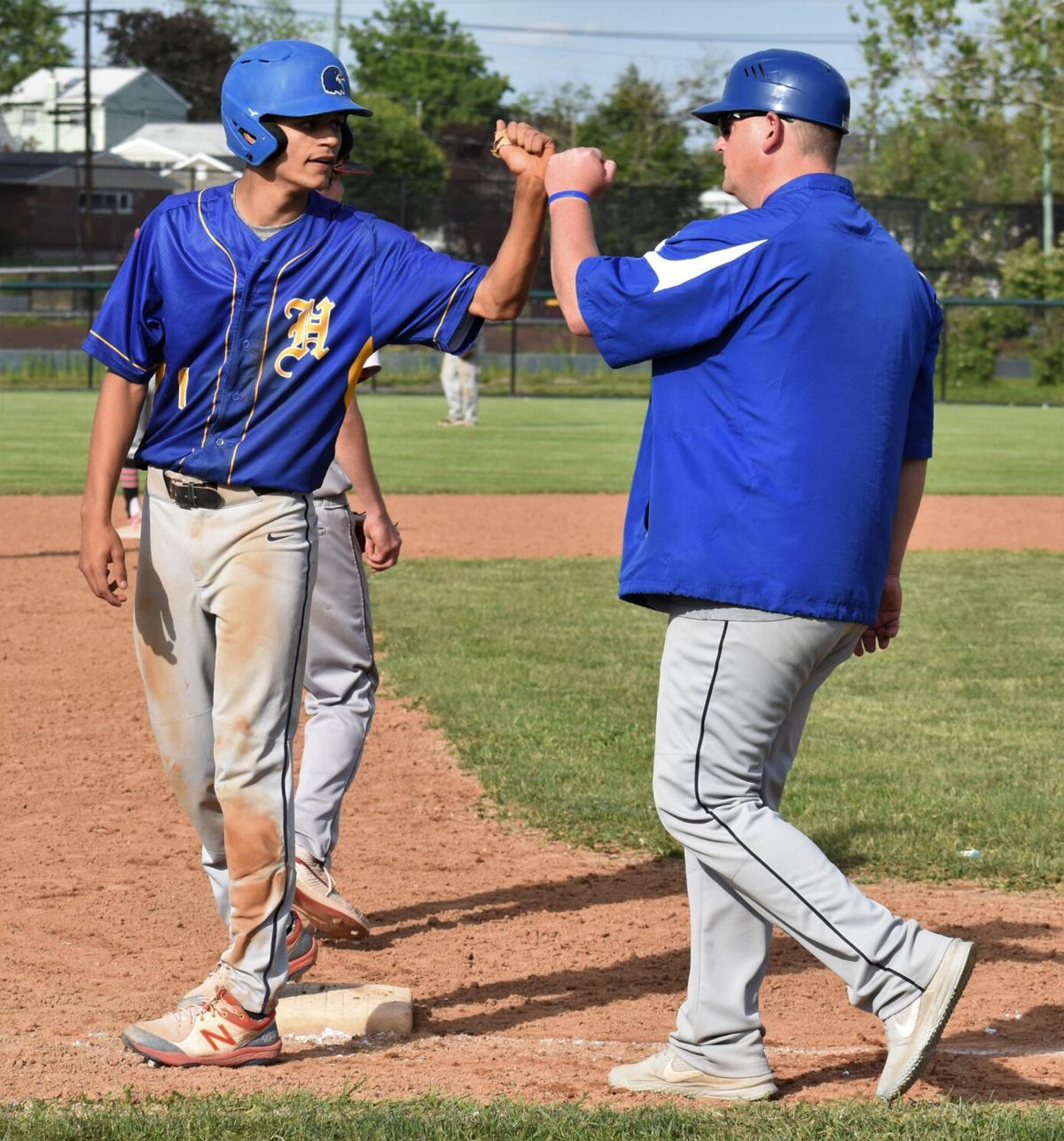 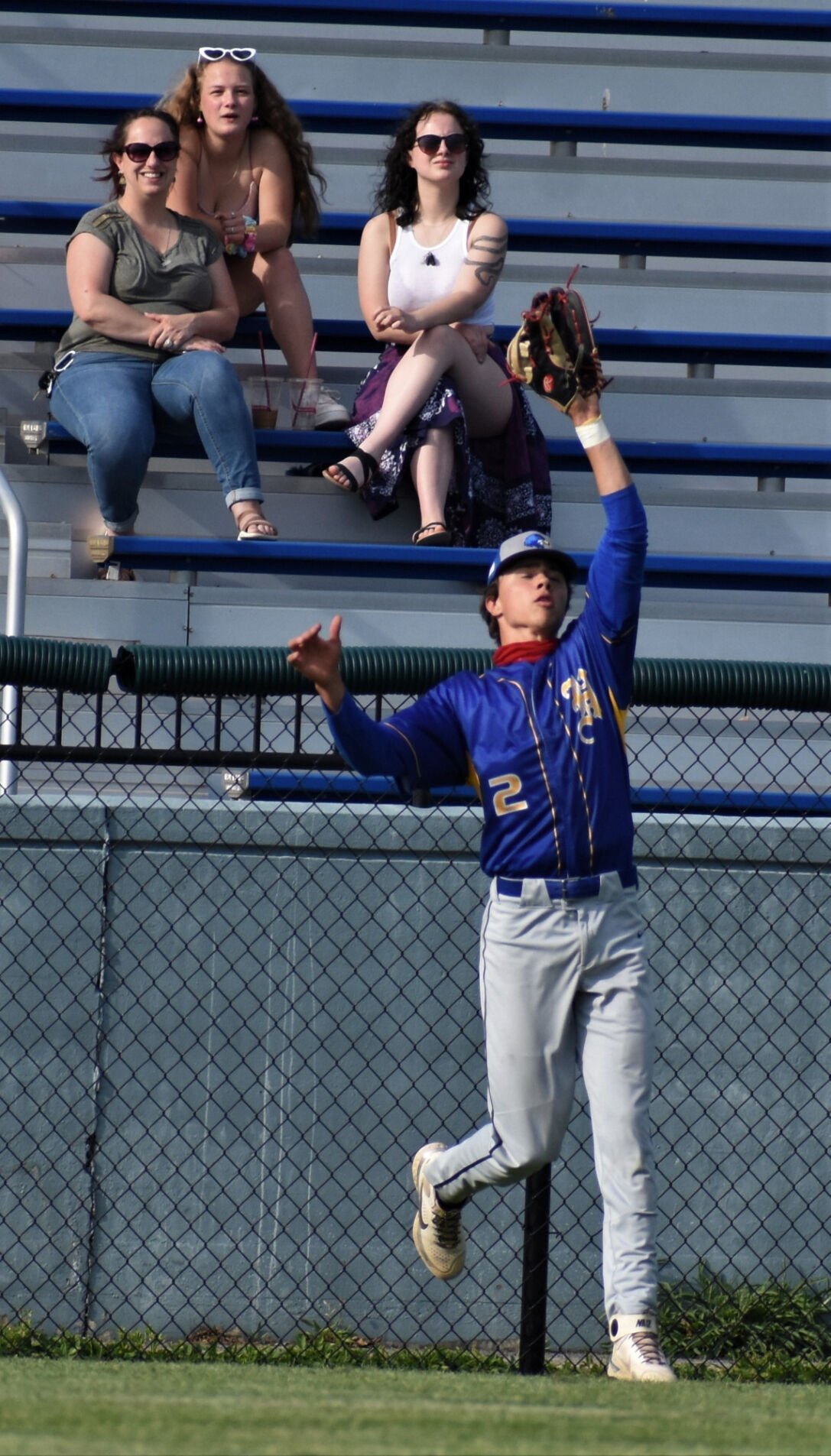 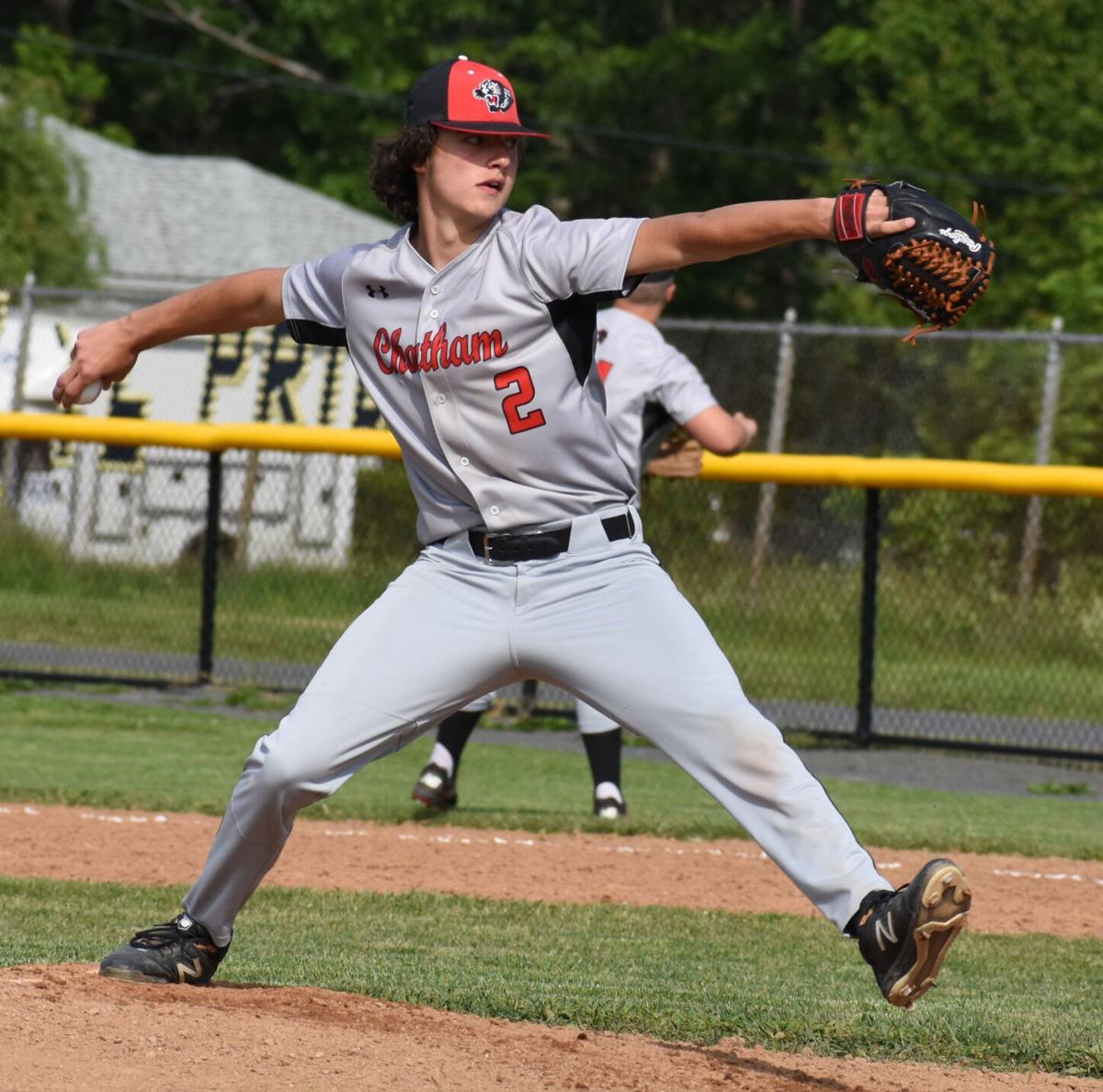 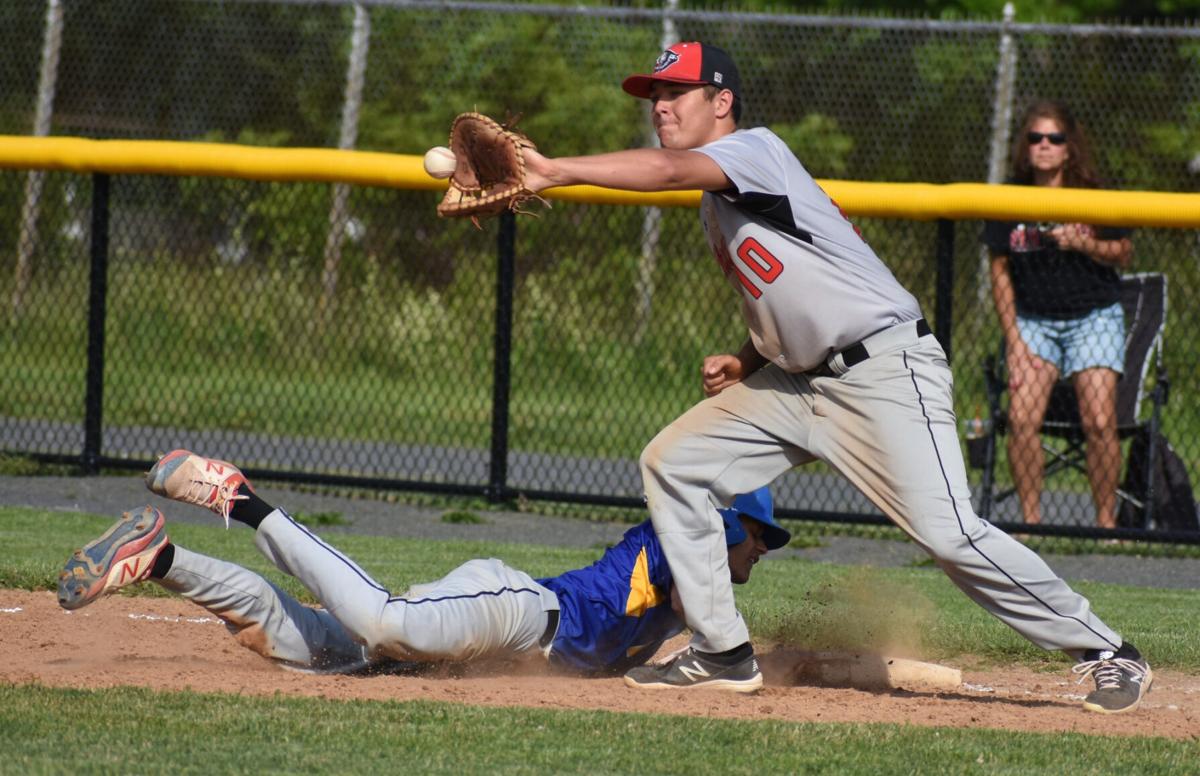 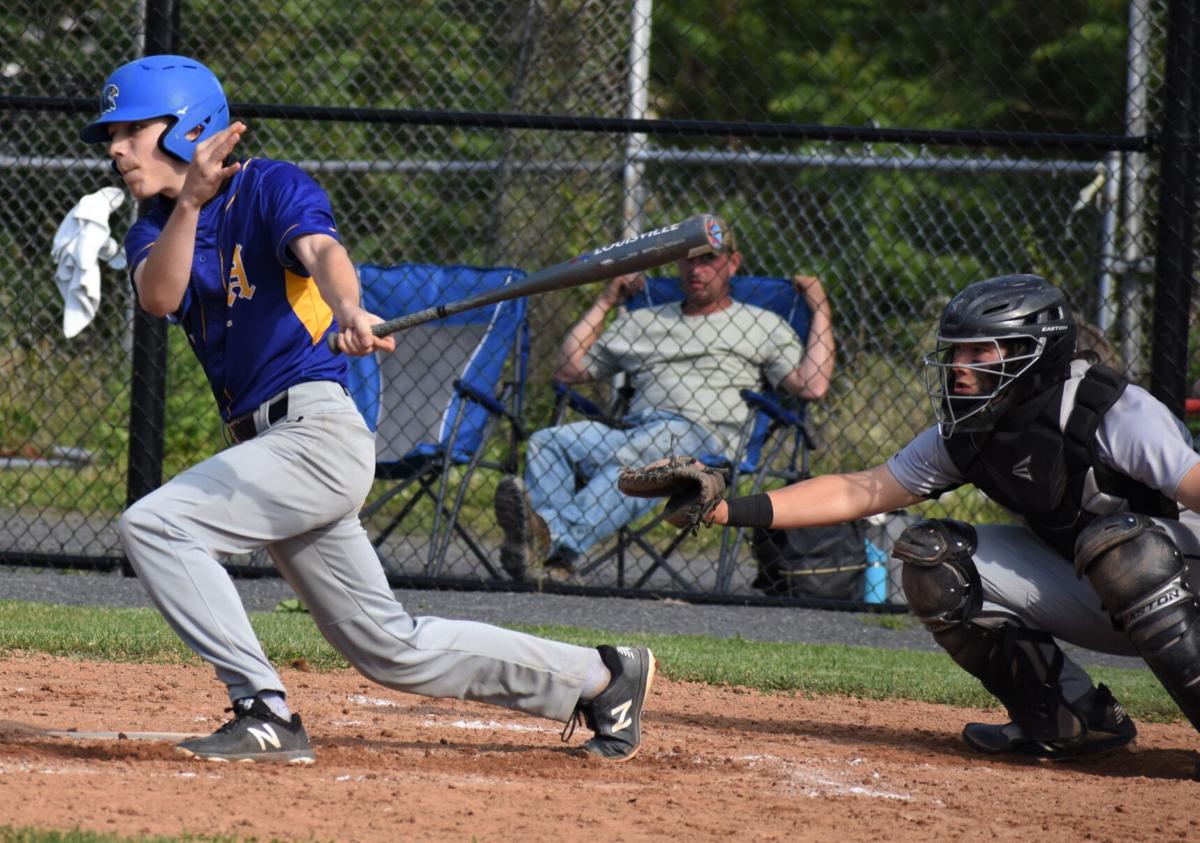 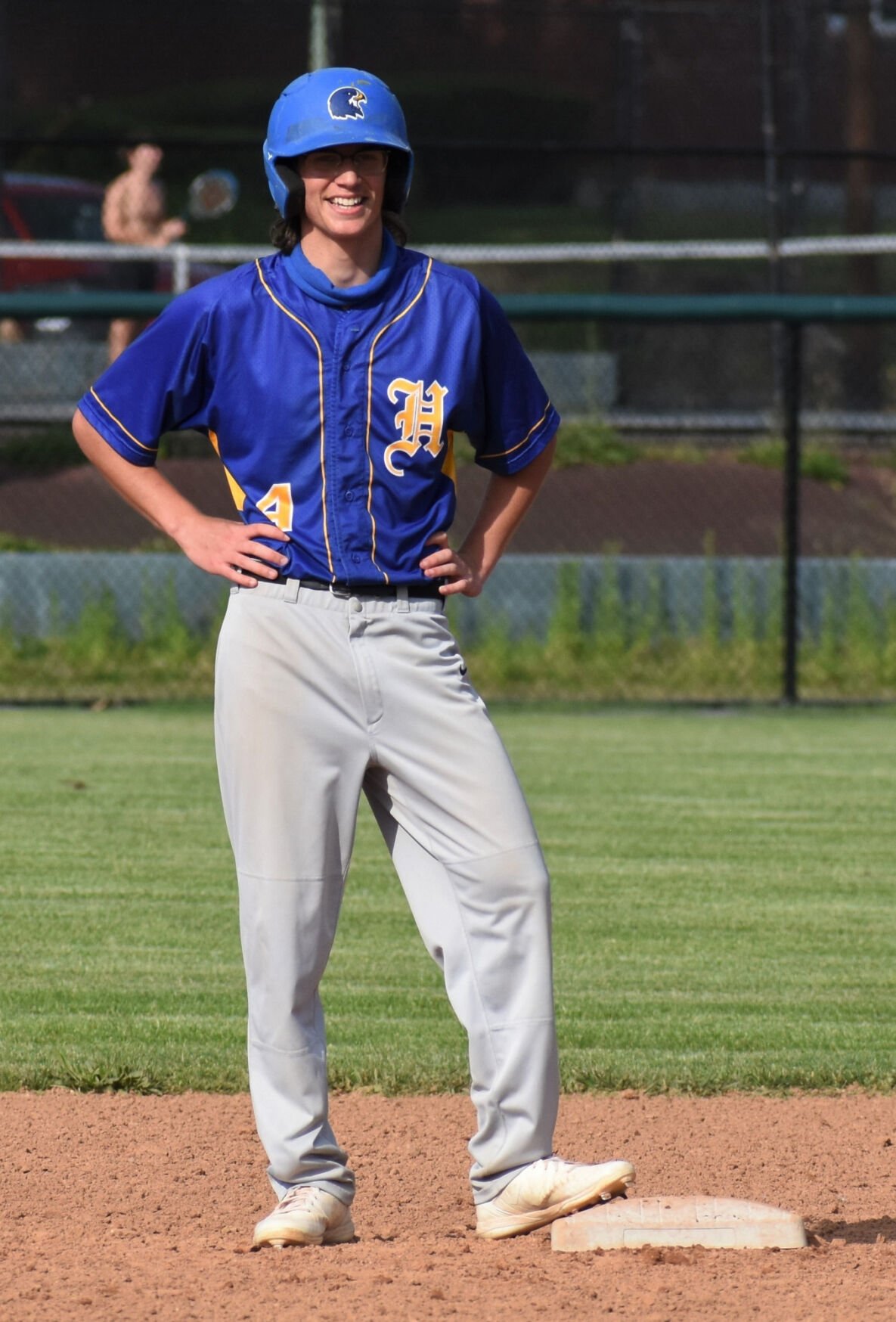 Tim Martin/Columbia-Greene Media Chatham’s Tyler Kneller taks off for second base as Hudson pitcher Isaiah Maines delivers a pitch to the plate during the seventh inning of Tuesday’ Patroon Conference game.

Moon pitched six innings, limiting Chatham to two hits and one run with five strikeouts and four walks. Isaiah Maines pitched the seventh, allowing one run and three hits with three strikeouts to earn the save.

Hudson got on the board first in the first inning when Isaiah Maines singled and eventually scored on an error.

The score remained 1-0 until the Bluehawks tacked on two more in the fourth. Matt Bowes singled and came around to score on Zack Bernockie’s double. After Tanner Race walked, Bernockie and Race moved up a base on a double steal. A fielder’s choice off the bat of Jon Bernockie, score Zack Bernockie to make it 3-0.

Chatham got one back in the top of the fifth when Jacob Rippel walked, went to third on Jameson Balich’s single and scored on Tate van Alstyne’s sacrifice fly.

Hudson answered with two in the home half of the fifth. Maines doubled and Kasey Moore singled, putting runners on the corners. Vic Gorman’s ground out plated Maines and Matt Bowes’ single scored Moore.

The Panthers added one more in the seventh on singles by Kneller, Vinnie Marasco and Van Alstyne (RBI).

C-A built a 5-0 lead after six innings, but Maple Hill made things interesting with four runs in the top of the seventh, only to fall short.

Eighth-grader Andrew Sager came in with two outs in the seventh and struck out the only batter he faced to preserve the victory for C-A.

Josh Kiefer doubled for C-A. Michael O’Connor had two singles and an RBI, Andrew Sager a single and two RBI, Sean Scott a single and an RBI and Christian Tedford and Sam Mozzillo a single each.

Sam Gamello doubled, singled and drove in three runs for Maple Hill. Gavin Van Kempen had two singles and an RBI and Matt Jung and Jerry Stalker both singled.