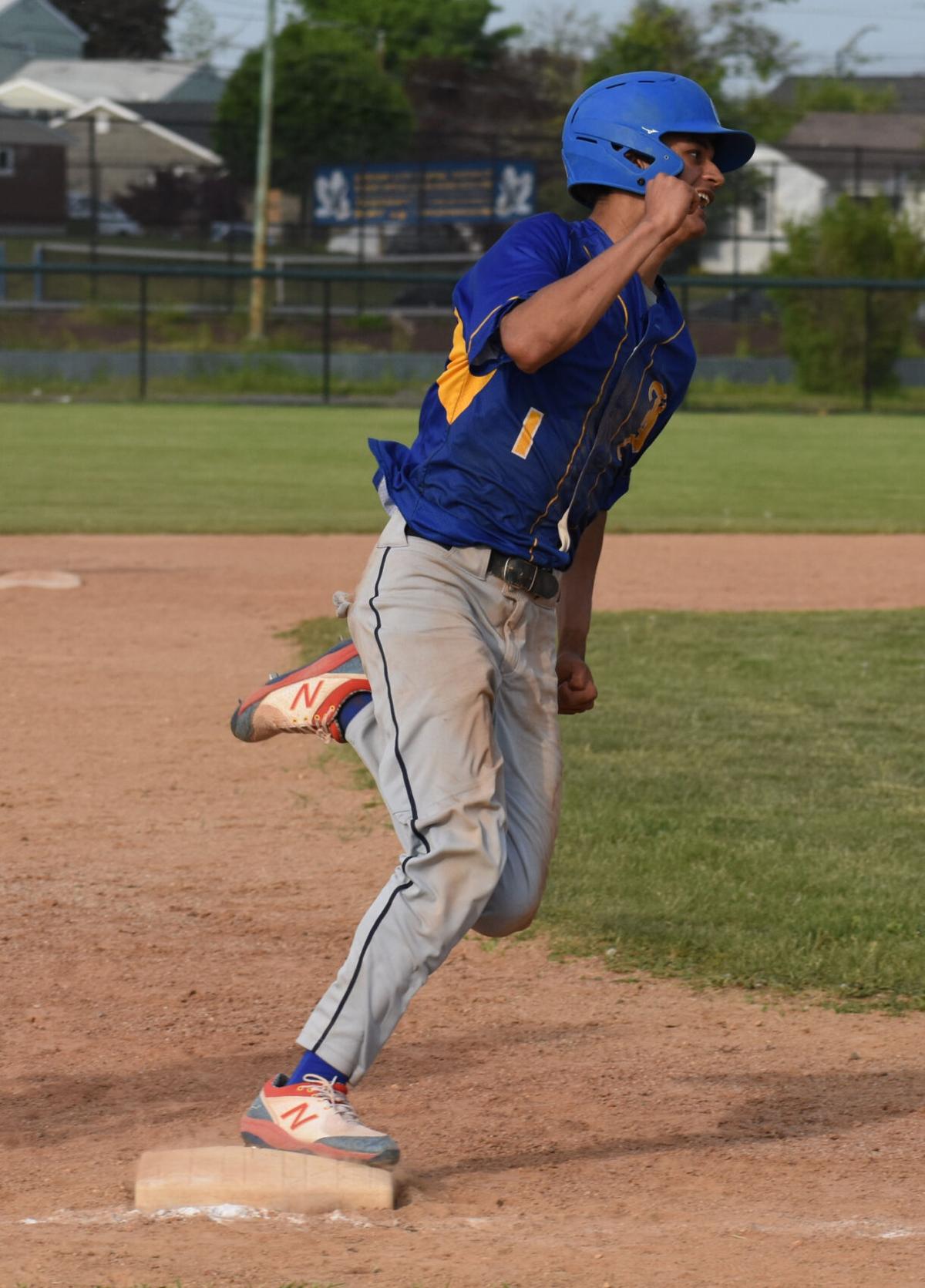 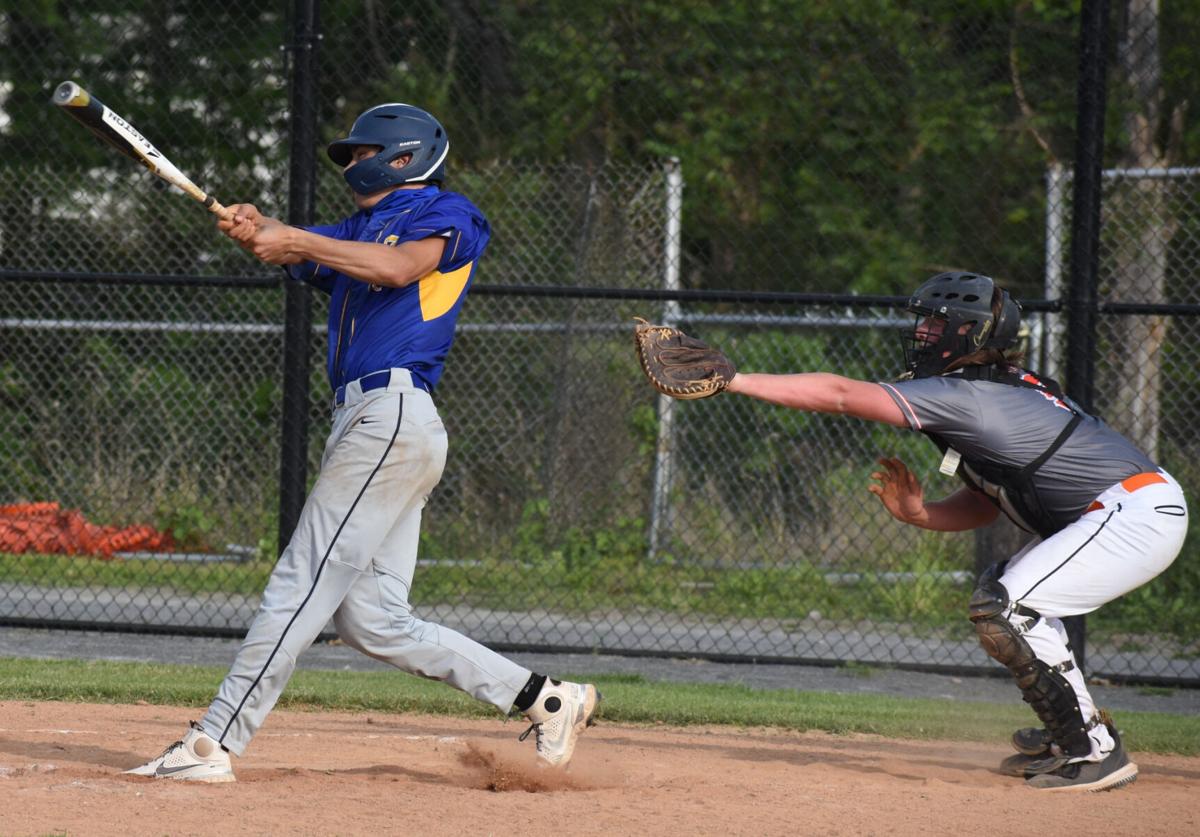 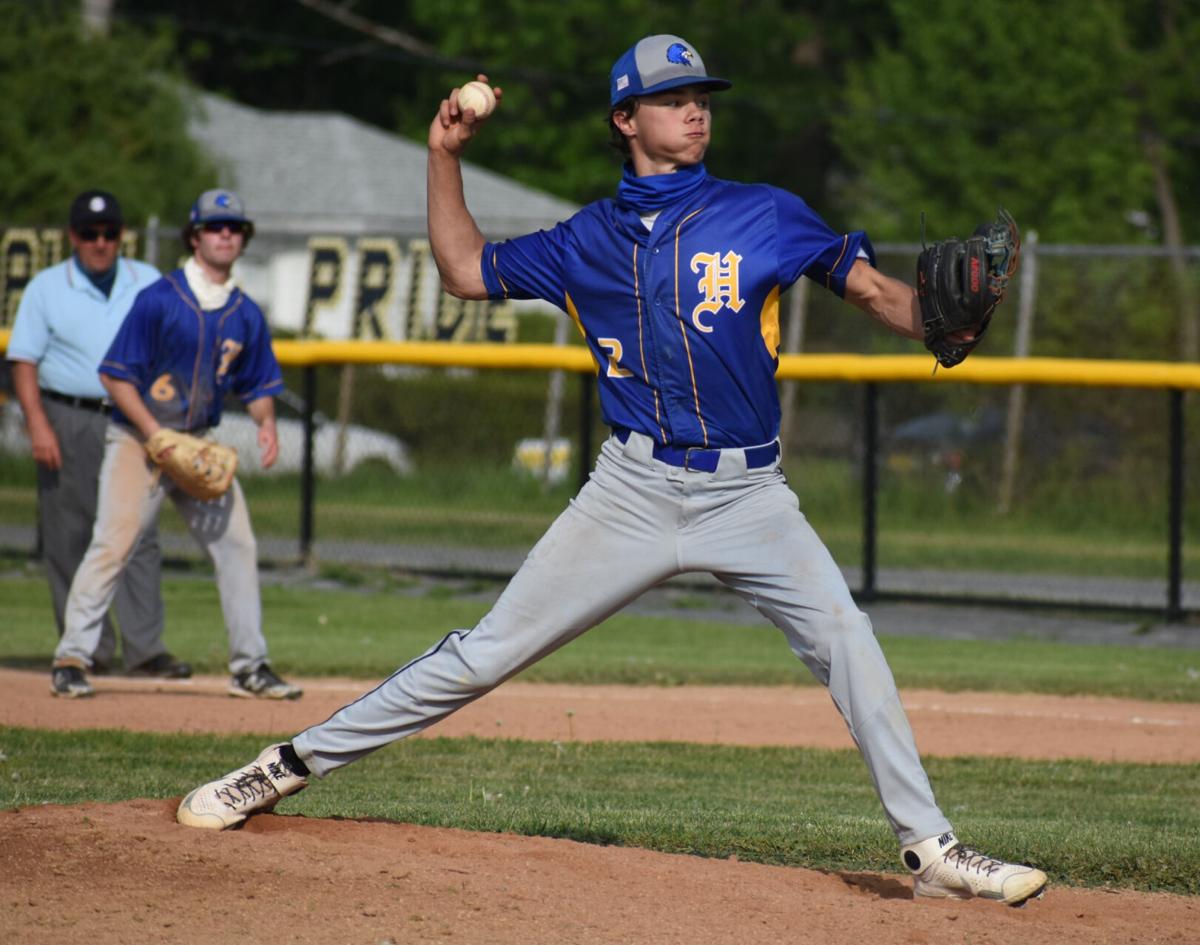 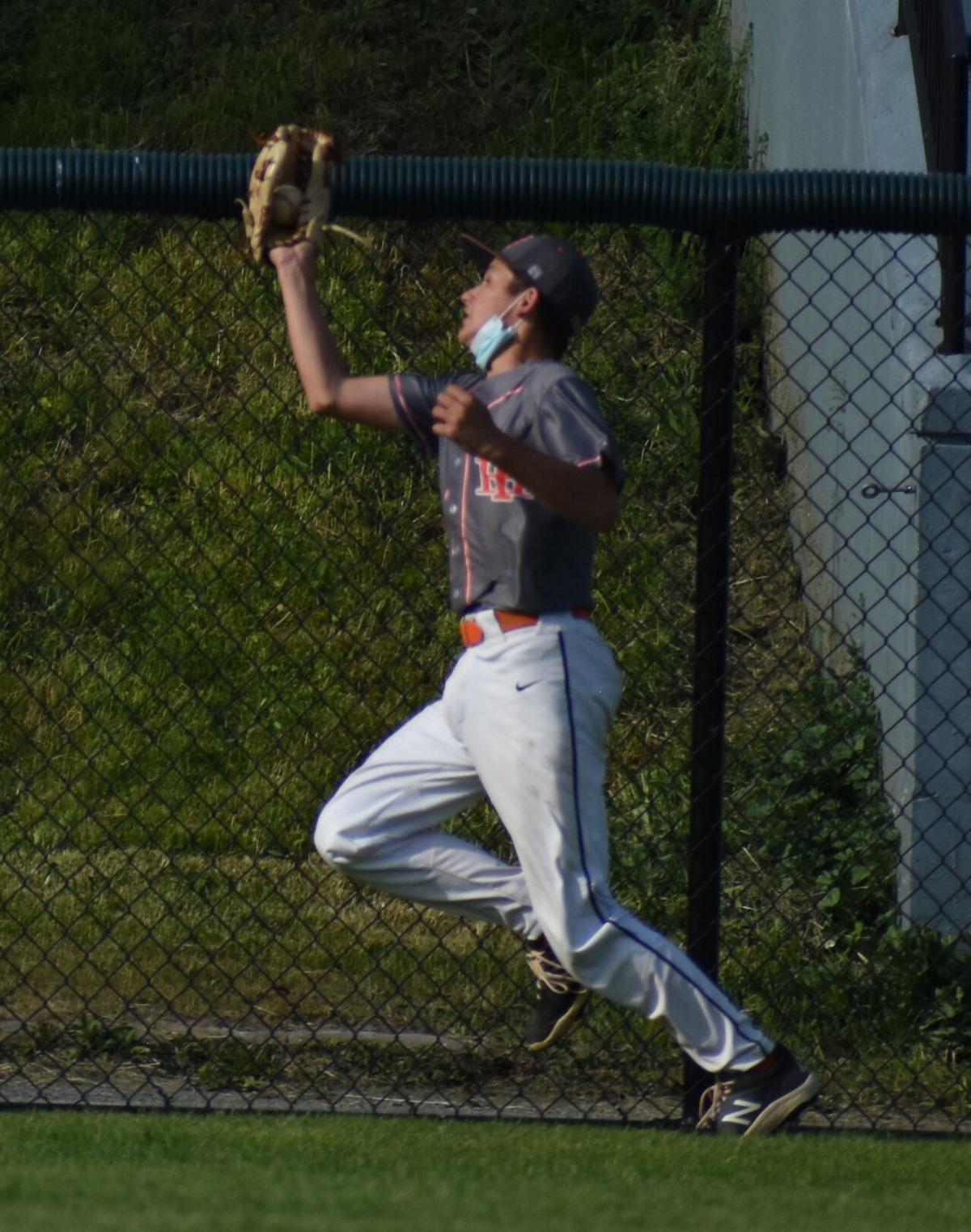 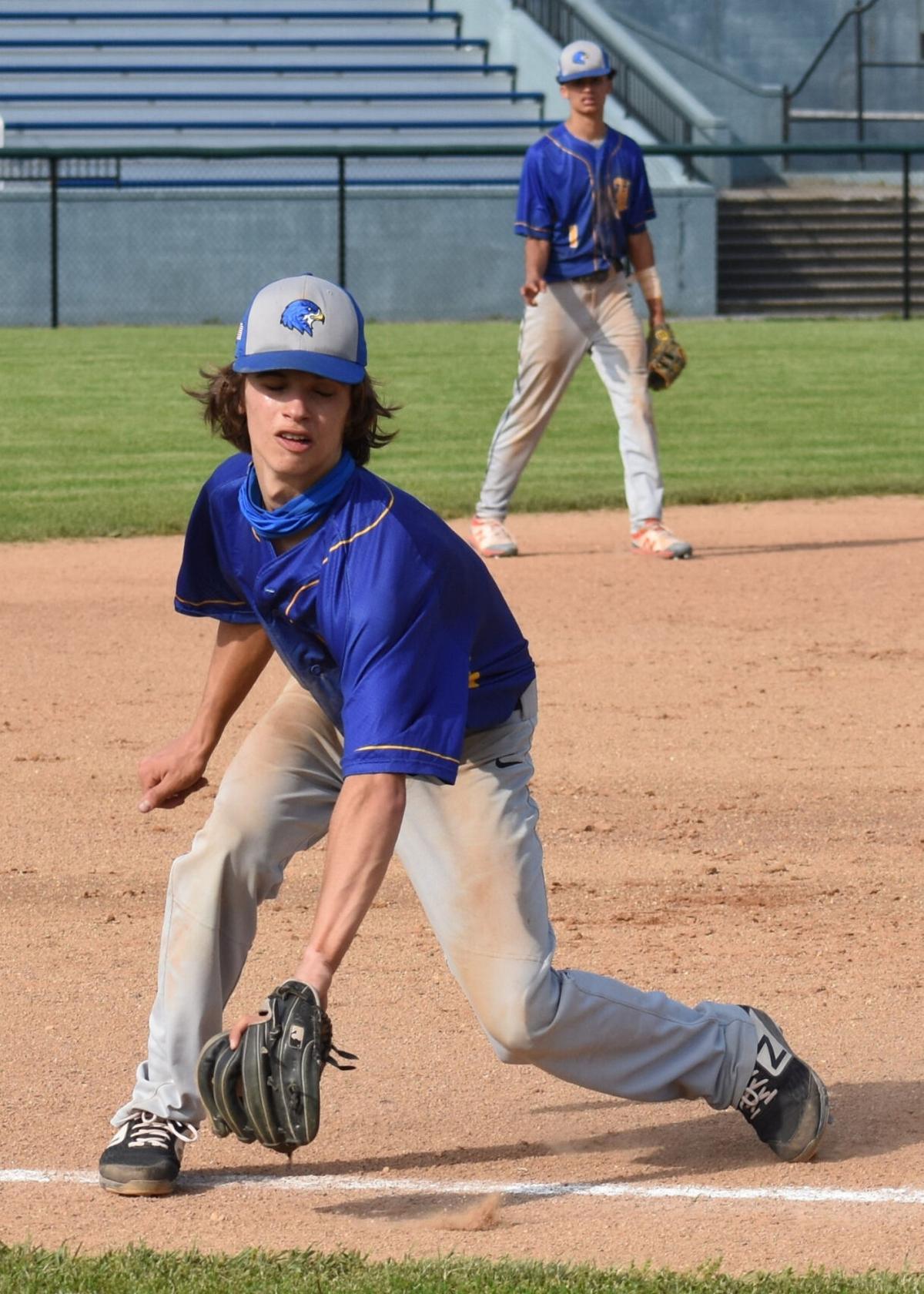 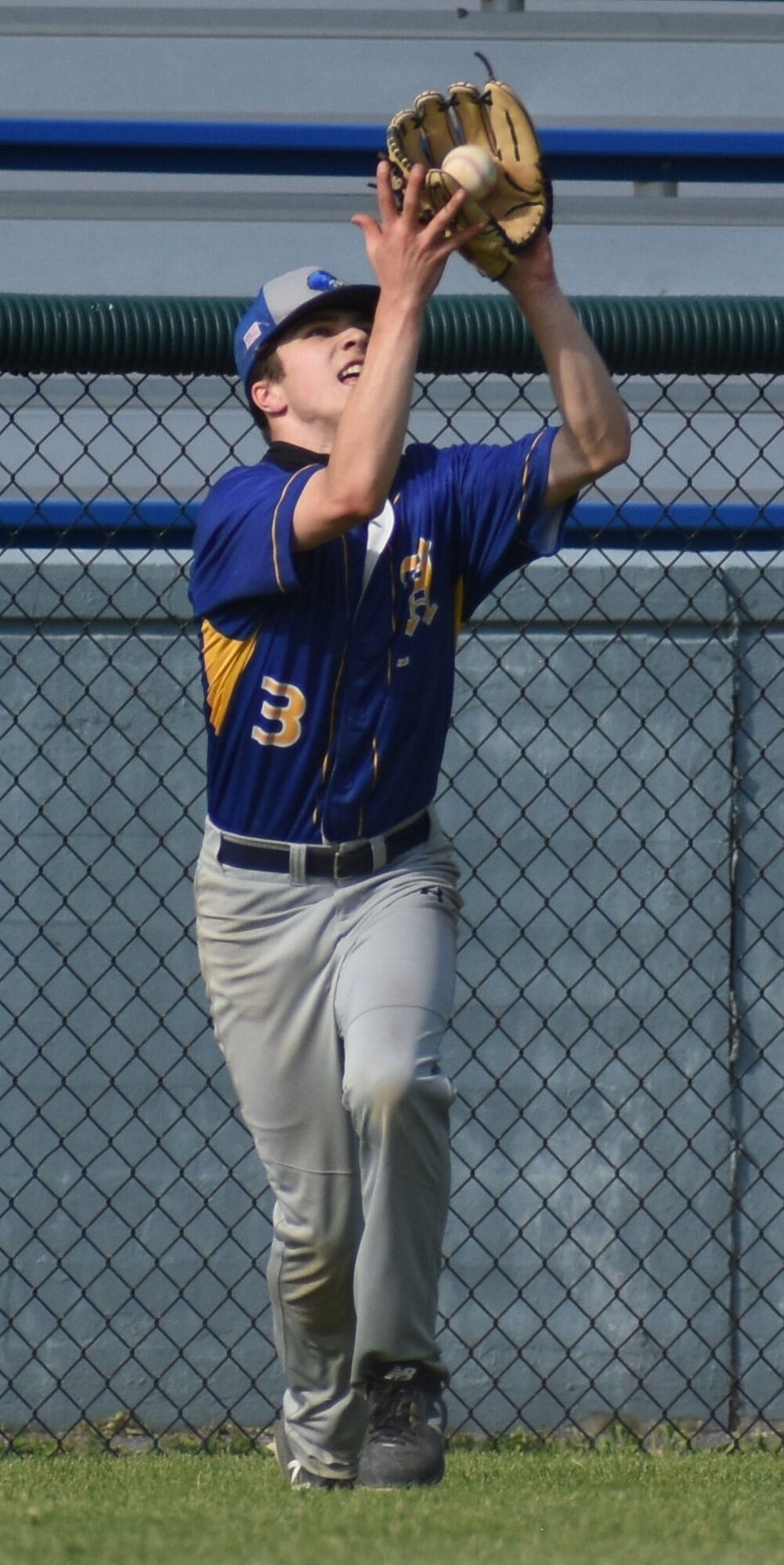 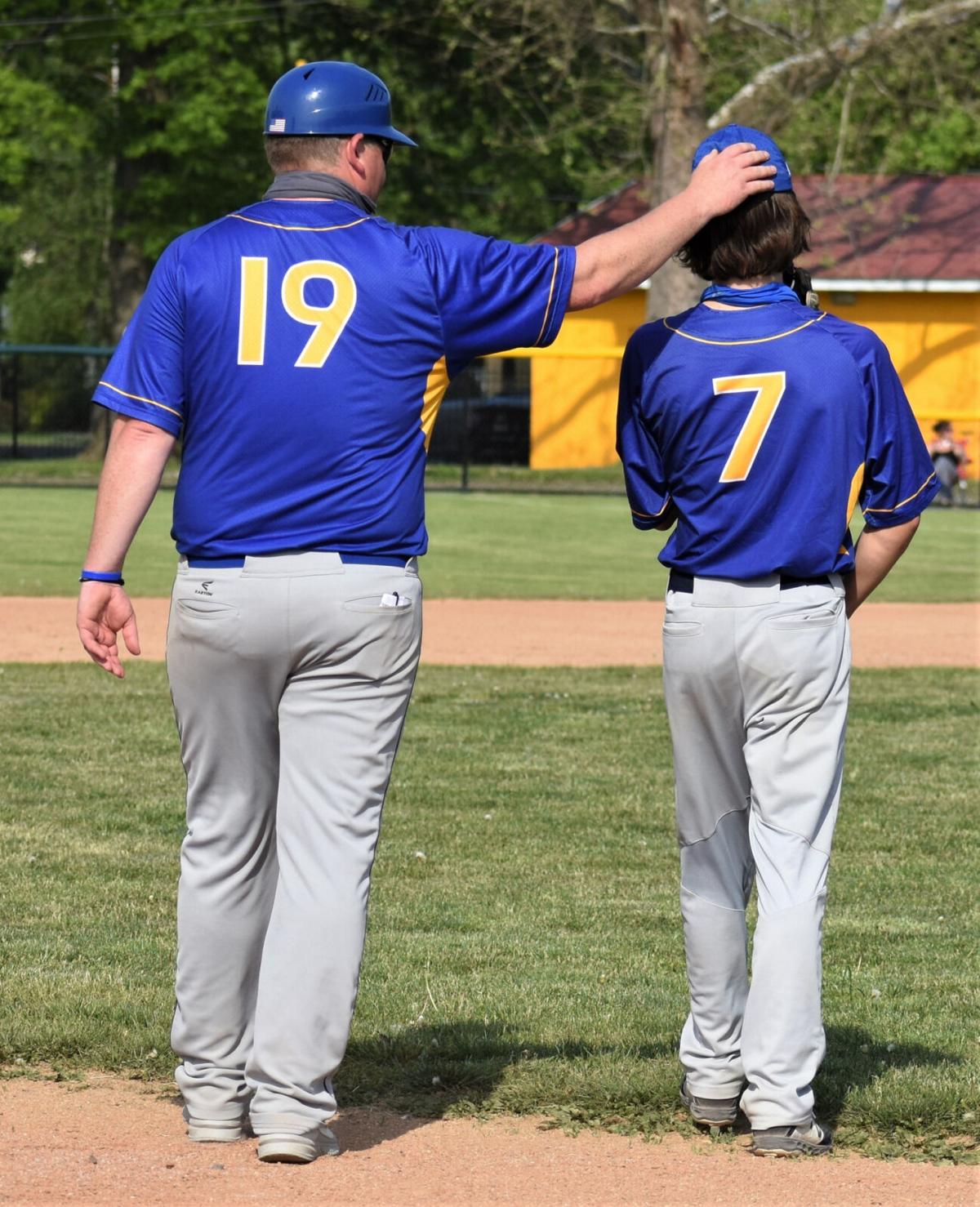 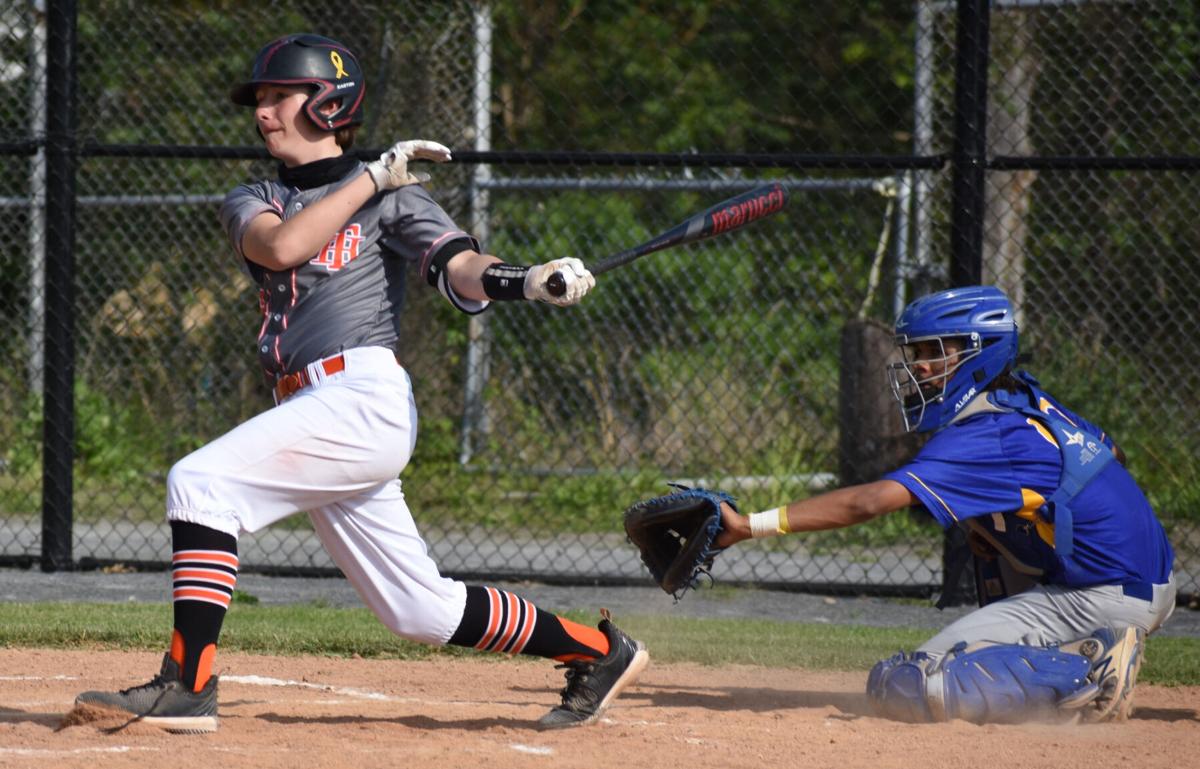 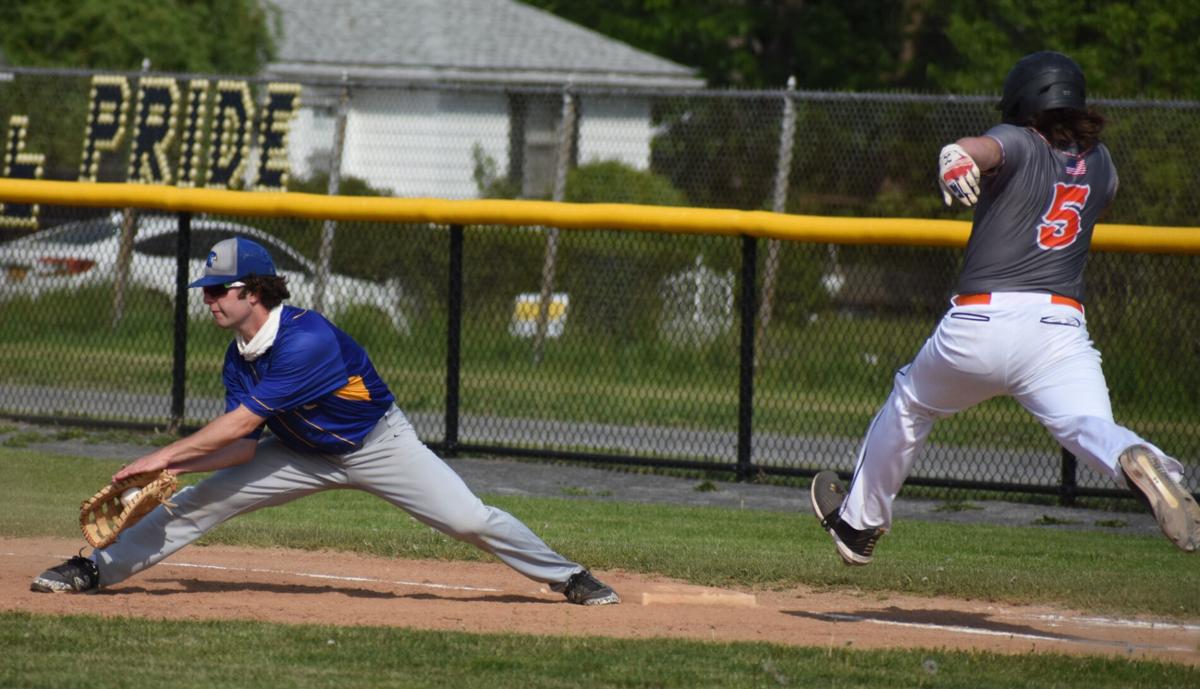 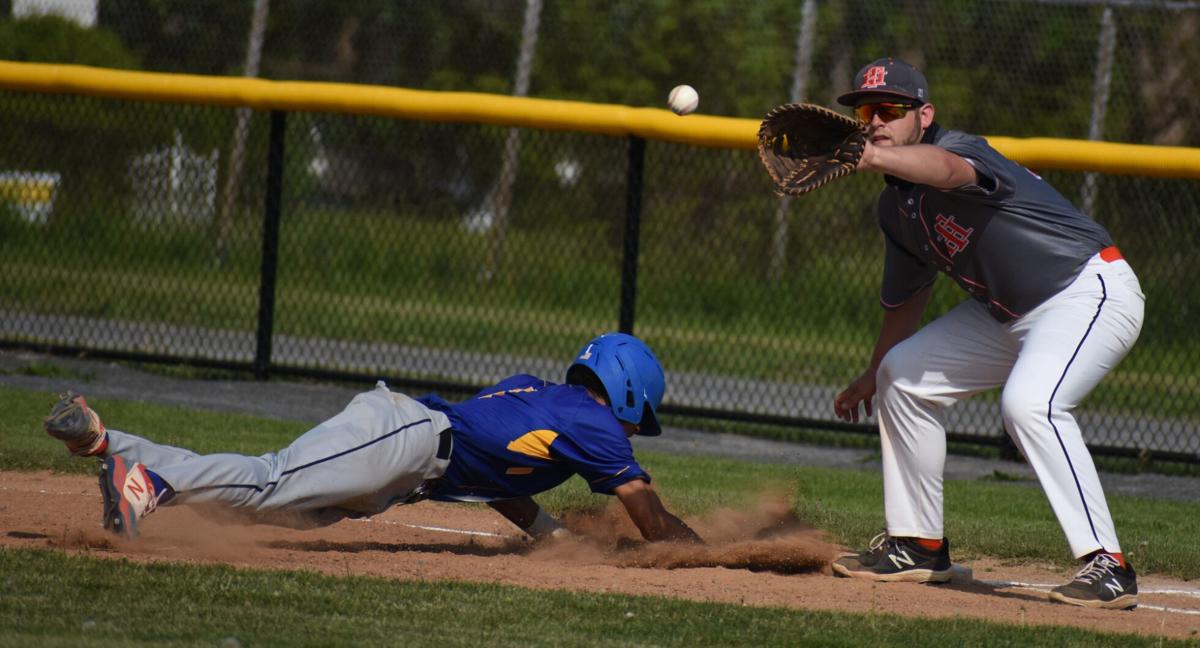 The game was stopped in the fifth because of the 10-run rule.

Moore struck out one and walked two in helping the Bluehawks improve to 5-1. He also doubled and drove in three runs.

Vic Gorman ripped a triple and drove in a run for the Bluehawks. Matt Bowes, Tanner race, Jordan Moon, Matt Antonelli and George DeJesus all singled.

Kobe Van Alstyne went the distance on the mound for the Titans, allowing 10 runs and seven hits with six strikeouts and three walks.

RAVENA — Topher Pelesz singled in Aidan Frick with the game-wining run with two outs in the bottom of the 14th inning to give Ichabod Crane an 8-7 victory over Ravena on Friday.

The game was tied 6-6 at the end of seven. Both teams scored a run in the 11th, then ICC pushed across the game winner in the 14th.

Pelesz also had a triple to go with his game-winning hit. Justice Suafoa added three singles and Jack Mullins had two singles.

GREENVILLE — Joe Domermuth doubled in Isaiah Edmonds with two outs in the bottom of the seventh inning to give Greenville a 10-9 victory over Cairo-Durham on Friday.

Edmonds finished 4 for 4 with a double, three singles and an RBI, while Domermuth went 2 for 5 with three RBI. Cole Flannery homered and drove in two, Jack Motta had a double and single with an RBI, Eli Larson and Trey Smith had two singles apiece, Ryan Arp and Sam Buquet a single and an RBI each and Sam VanAuken singled.

Ethan Phillips blasted a home run and singled, finishing with two RBI for the Mustangs. Alek Wagor tripled and singled, Zack Russell had two singles and an RBI and Robert Fortini a single and an RBI.

Larson and Flannery combined for the Spartans, striking out 11, walking five and allowing nine runs and eight hits.

Phillips and Alberto Rivera struck out six, walked five and surrendered 10 runs and 16 hits for Cairo-Durham.

Nate Timot-Shook celebrated his birthday in style with two singles and two RBI for the Cats. Aiden Leipman had a single and an RBI and John Shook, Cullen Fulling and Josh Buffa all singled.

Sam Mozzillo and Keegan O’Callaghan both had a single and an RBI for C-A. Brady Penet, Michael O’Connor and Patrick McManus each had a single.

CRARYVILLE — Chatham took both ends of Saturday’s Patroon Conference doubleheader with Taconic Hills, winning the first game, 10-5, and the second, 12-2.

In the opener, the Panthers overcame a 3-2 deficit with five runs in the fourth inning to take the lead for good.

Matt Thorsen and Tate Van Alstyne both went deep for Chatham. Thorsen finished 1 for 3 with three RBI, while Van Alstyne went 2 for 4 with an RBI.

Cam Horton added a double and single and three RBI to the Panthers’ attack. Grayson Van Wie had three singles, Tyler Kneller a single and an RBI and Jacob Rippel singled.

Rossano and Atwood handled the pitching for Taconic Hills, striking out 10, walking six and allowing 10 runs and 10 hits.

In the nightcap, Thorsen drilled another home run and a double, finishing with two RBI as the Panthers completed the sweep.

Preusser paced the Titans with a pair of singles and an RBI. Nole Atwood singled and drove in a run and Rowe singled.

GREENVILLE — Sam VanAuken went 3 for 3 with an RBI and Cole Flannery singled and drove in three as Greenville defeated Berne-Knox-Westerlo, 10-2, in Saturday’s non-league game.

Sam Buquet doubled and had an RBI for the Spartans. Eli Larson and Isaiah Edmonds both had two singles.

Tyler Hohensheldt added a double and RBI. Jonathan Mollo had two singlea and an RBI, Aidan Shumway two singles and Brandon Shook, Jaden Velez and Shawn Lyons a single each.