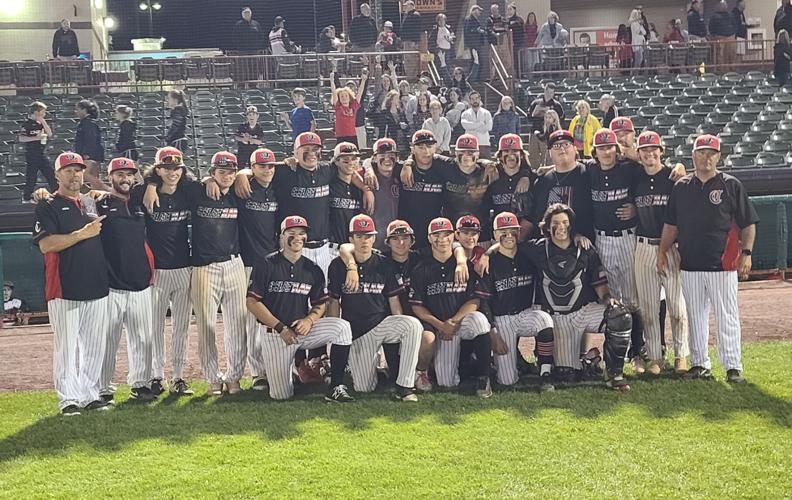 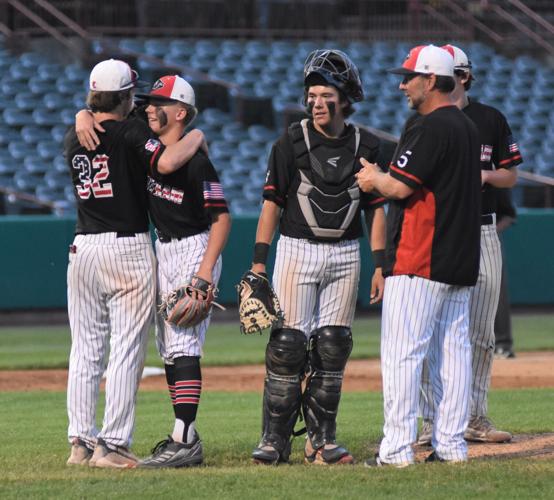 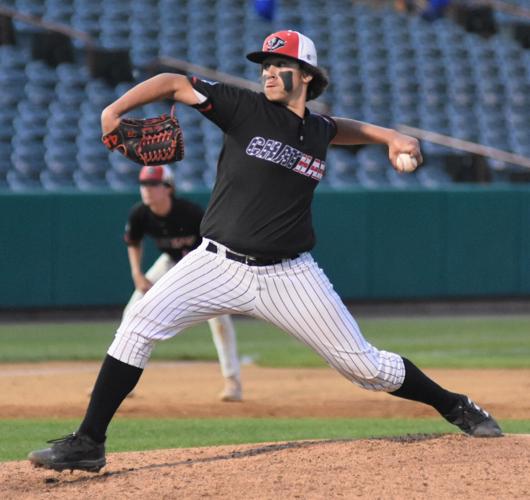 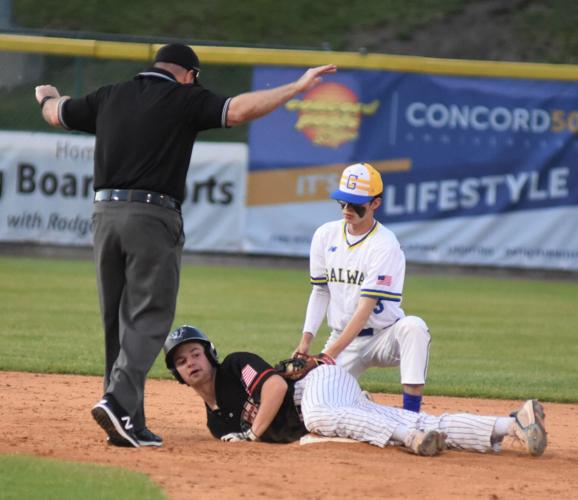 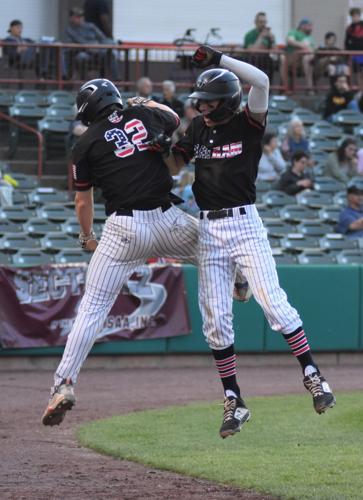 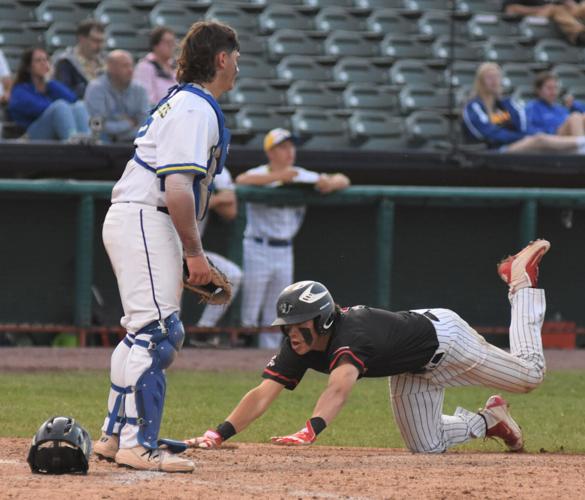 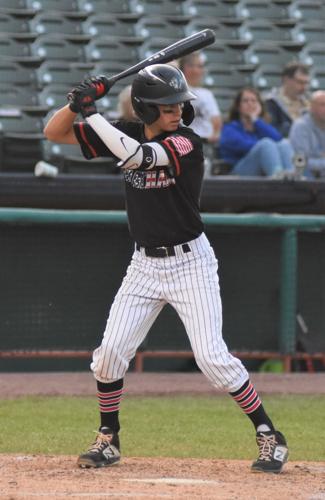 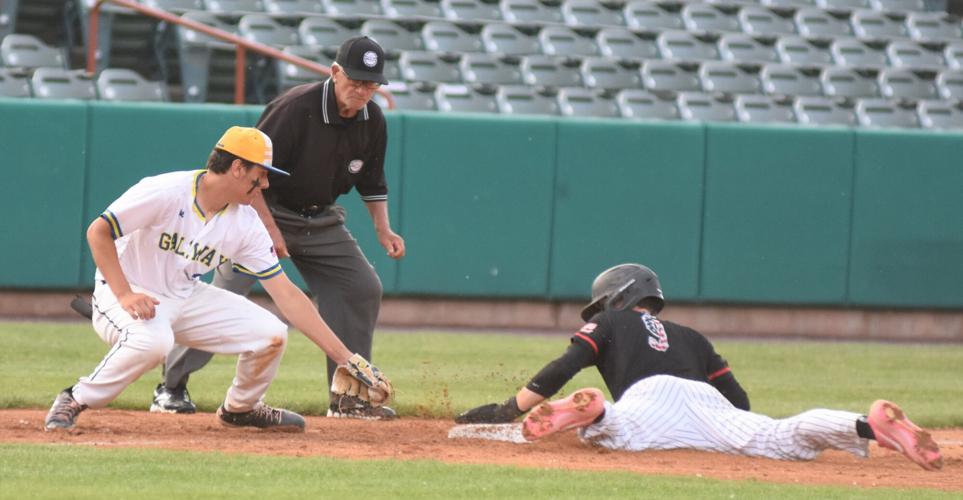 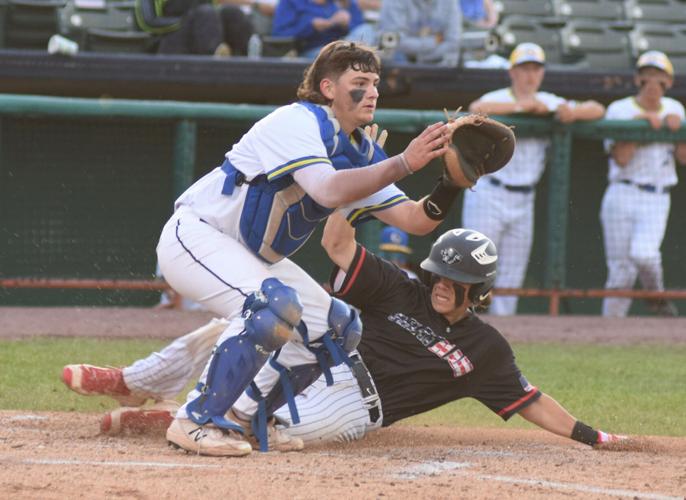 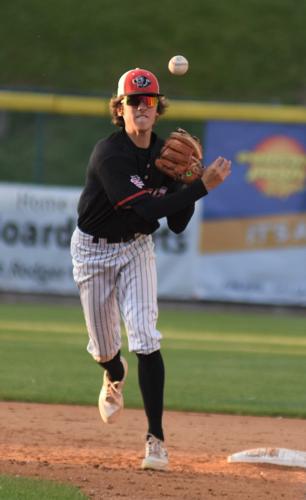 TROY — While the weight of adversity may be too much for some teams to handle, the 2022 Chatham Panthers seem to actually thrive on it.

With scheduled starting pitcher Tyler Kneller not available for Saturday’s Section II Class CC-C baseball playoff game against Galway, Chatham coach Scott Steltz rolled the dice and gave the ball to freshman Logan Smalley, who had spent the majority of the season pitching for the Panthers junior varsity team.

Smalley got off to a rocky start, allowing five runs in the first inning, but he settled down after that and held the Galway bats in check while his teammates chipped away and eventually took the lead. Jameson Balich relieved Smalley in the fourth inning and pitched 3 2/3 innings of scoreless relief and the Panthers went on to post a 10-6 victory at Joe Bruno Stadium.

Chatham (23-1) will play Section VII champion Ticonderoga in a state regional semifinal on Thursday at 4 p.m. at SUNY Plattsburgh.

“We talked about it the other night, we always want adversity, that’s our challenge,” Steltz said. “We lost our pitcher for tonight, so we started a JV kid and the second kid hadn’t pitched in three years. So the fortitude that those gentlemen showed on this stage was remarkable. I think our hitters fed off of that, our defense and we just feed off of our fans, too. We have great energy, we’re blessed.”

With Kneller out and his No. 1 and No. 3 pitcher Matt Thorsen and Tate Van Alstyne unavailable after both pitched in Thursday’s 11-inning marathon against Canajoharie, Steltz explained why he decided to turn to Smalley.

“He battled and that’s why we went with him,” Steltz said. “We had a bunch of good options, but we just thought that he was the one that would stay composed, we knew the top would hit. We were hoping to limit them to one in the first, didn’t work out that way, but I guess it just made it a better challenge for our boys.

Thorsen admitted the team was surprised when it learned Kneller wouldn’t be able to go after a late-game ejection on Thursday, but he and his teammates had complete confidence in Smalley.

“When we first heard about it we were definitely shocked, but we have trust in Logan,” Thorsen said. “He pitched in a scrimmage, he pitched in a non-league game before and we have arms, we’re deep and we had trust that we were going to get it done.”

“He kept his chin up and overcame that adversity, props to him,” Mike Pierro said.

After surrendering five runs in the first, Smalley allowed just one run over the next 2 1/3 innings before being pulled for Balich, who allowed just two hits with four strikeouts and three walks the rest of the way in his first pitching appearance in three years.

“One of a kind,” Thorsen said of Balich. “This was his first innings pitched since modified and, multiple surgeries later, he stood in there, he chucked, he fought and he got the job done.”

“After three years of not pitching, that’s unbelievable in my opinion that’s great,” Pierro said. “He definitely deserved that win.”

Despite going down five runs in the first inning, Chatham’s confidence never wavered.

“We love being in that position,” Pierro said. “We love adversity and we love overcoming adversity. That’s our game, we love having to deal with that problem and we love answering it with our bats.”

Chatham responded with three runs in the bottom of the first. Thorsen got things started when he drew a one-out walk, stole second and third and scored on a wild pitch. He was a nuisance on the base paths the entire game, swiping five bases.

“That’s been our MO from the start,” Steltz said. “I’m not sure they bought in the first couple of weeks, but after we had about 30 stolen bases in the first three games they bought in. And you can see pitchers looking the wrong way when they go to the plate, leaving fastballs up, there’s fastball after fastball with a runner on second and we still take third and you see the shoulders slump.

“It’s huge and it’s a lot easier to knock in a guy from third than it is from second. We had them pull the infield in three different times because we took third, so it definitely wreaks havoc on other teams.”

Later in the first inning, Cam Horton stole home after walking and going to third on Pierro’s single and Balich drove in a run with a sacrifice fly to make it a 5-3 game.

“It was a momentum changer, I felt like,” Pierro said of his team’s first inning uprising. “The whole mood in the dugout changed and really changed the tide of the game.”

Chatham took the lead for good with four in the third and three more in the fourth.

Pierro finished with a pair of doubles and a single for the Panthers. Kyle Jackson doubled and had two singles, Thorsen added a double and single, Van Alstyne tripled and Noah Hutchinson singled.

Chatham moves on to sectional play, confident it can play with anyone

“I am super excited,” Steltz said. “This is a great group, reminds me of my 2008 group that went to states, they’re just as talented and right now we’re loaded with our lineup and our pitching matchups, so I think we’re in a good spot. This has been a wonderful, wonderful team to coach. We haven’t had one issue, they pull for each other and they’re a family in every sense.”

“It means a lot,” Thorsen said of moving on. “My eighth-grade year, one of our coaches, Zack Kraham, from that 2008 state championship team would talk about it and the whole team would be jealous, it’s always what we wanted and as a team, I think the state championship is the main goal and I believe it’s a doable goal.

“It’s something you always dream about from a young age. All of us from the beginning of the season wanted this and we want more, we’re not done yet.”

“We just want to keep on rolling,” Pierro said. “We don’t care about adversity. That’s our game and we love it. We love overcoming it, we love dealing with it, let’s just keep the train rolling.”