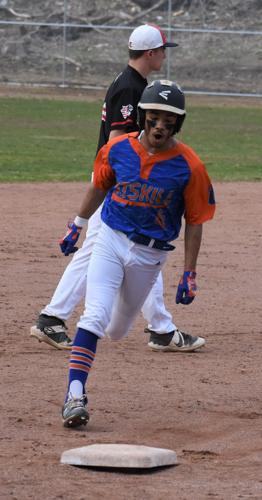 Tim Martin/Columbia-Greene Media Azar Brantley circles the bases after belting a solo home run in the bottom of the sixth inning of Wednesday’s Patroon Conference baseball game against Chatham. 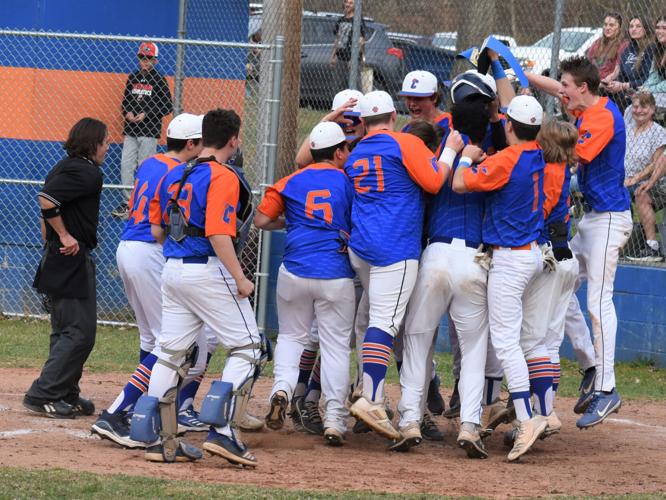 Tim Martin/Columbia-Greene Media Azar Brantley is engulfed by his teammates after hitting a solo home run in the bottom of the sixth inning of Wednesday’s Patroon Conference baseball game against Chatham. 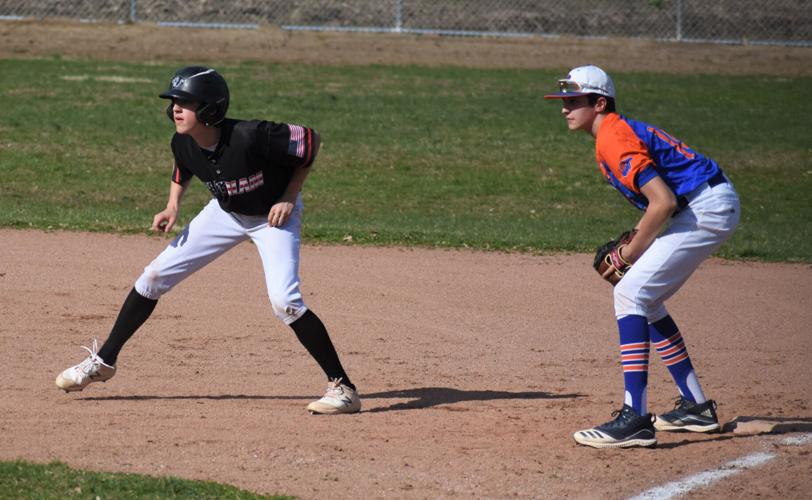 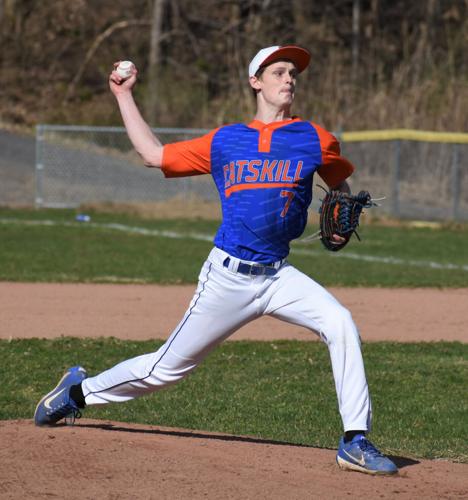 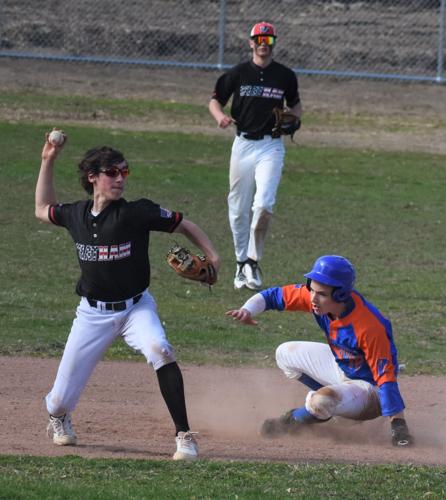 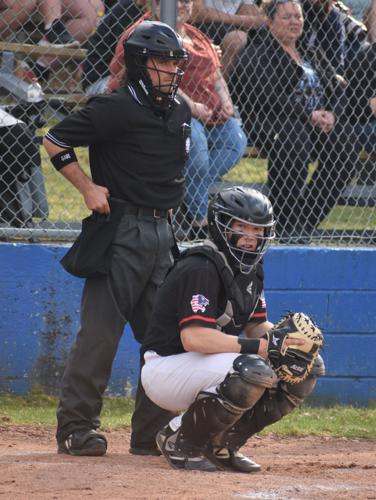 Tim Martin/Columbia-Greene Media Chatham catcher Cam Horton looks to the bench to get a sign from his coaches during Wednesday’s Patroon Conference baseball game against Catskill. 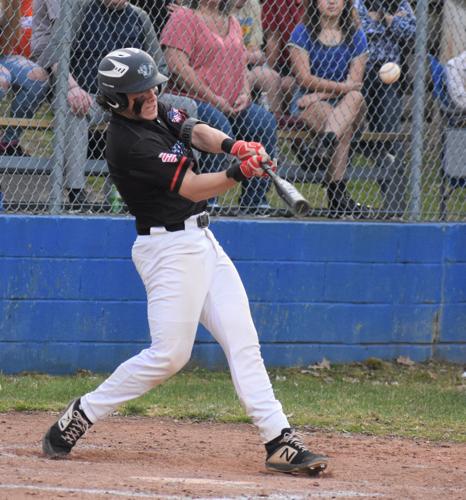 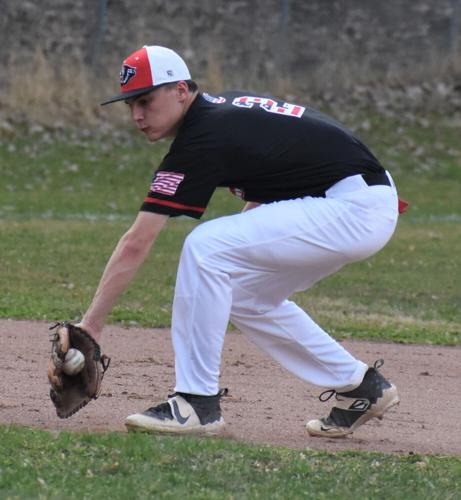 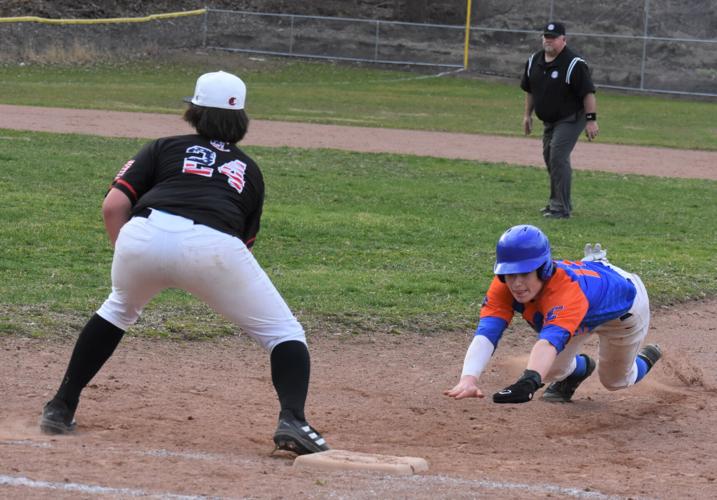 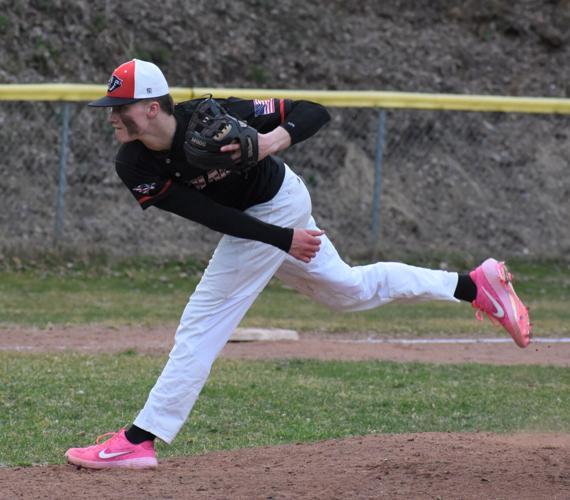 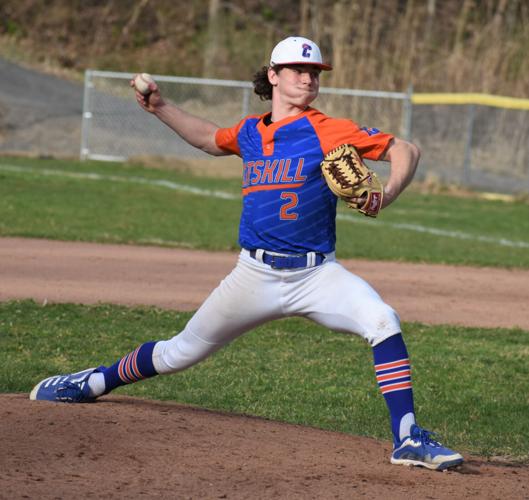 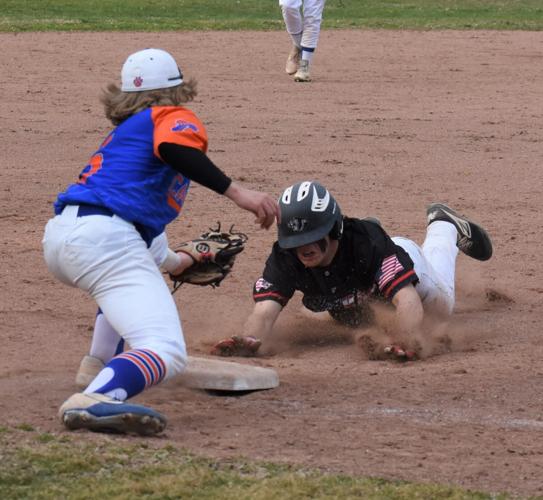 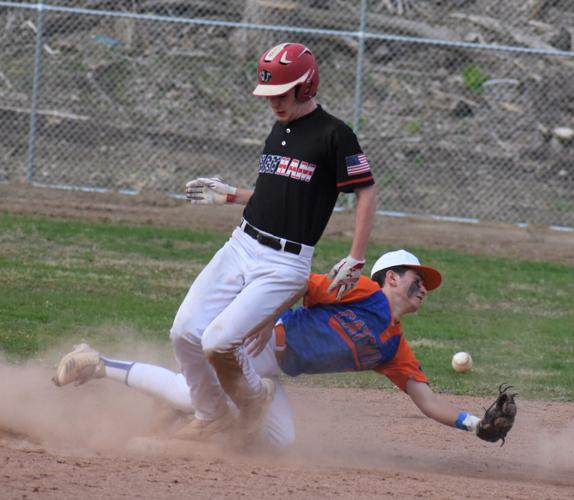 Tim Martin/Columbia-Greene Media Chatham’s Vinnie Marasco pulls into second base with a double as Catskill shortstop Aiden Leipman taks the throw from the outfield during Wednesday’s Patroon Conference baseball. 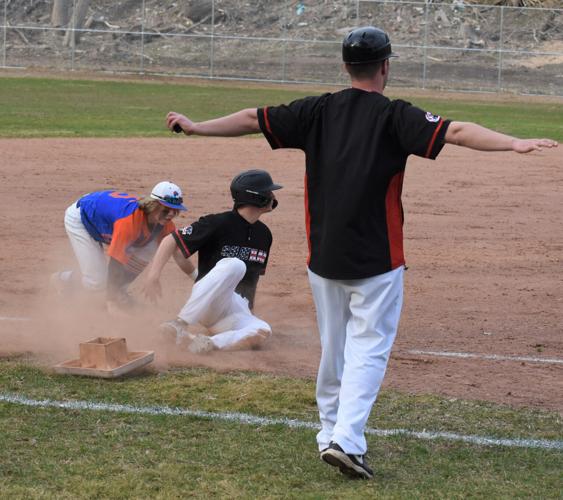 Tim Martin/Columbia-Greene Media Azar Brantley circles the bases after belting a solo home run in the bottom of the sixth inning of Wednesday’s Patroon Conference baseball game against Chatham.

Tim Martin/Columbia-Greene Media Azar Brantley is engulfed by his teammates after hitting a solo home run in the bottom of the sixth inning of Wednesday’s Patroon Conference baseball game against Chatham.

Tim Martin/Columbia-Greene Media Chatham catcher Cam Horton looks to the bench to get a sign from his coaches during Wednesday’s Patroon Conference baseball game against Catskill.

Tim Martin/Columbia-Greene Media Chatham’s Vinnie Marasco pulls into second base with a double as Catskill shortstop Aiden Leipman taks the throw from the outfield during Wednesday’s Patroon Conference baseball.

CATSKILL — After striking out his first two at-bats in Wednesday’s Patroon Conference baseball game against Chatham, Azar Brantley certainly made amends in his third plate appearance of the day.

With the score tied 3-3, Brantley turned on a Matt Thorsen offering and deposited the ball over the left field fence to put the Cats in front for good. Chatham put the tying run at third in the top of the seventh, but reliever Eddie Rogers slammed the door shut and the Cats held on for a 4-3 victory over the previously unbeaten Panthers at Ricky Cramer Field.

“Had a couple strikeouts previous, but I just sat on a fastball and cranked it,” Brantley said. “Honestly, striking out twice put the fuel to my fire.”

“I’m just very excited,” Catskill coach Eric Joyce said. “Every time we play Chatham it seems be a very good game and it’s exciting to come out on the good end of this one. It’s going to be a very long season and we’ll see them again. We had tinley hitting and we didnt make mistakes. We made some, but when we needed to, we made the plays and that’s the team that usually wins.

“It’s no secret that Chatham is probably the best coached team in the league and they’re going to give you a run every single time. I’m happy we came out ahead this time.”

The Cats received a solid pitching performance by starter Adam Carlson, who threw the first four innings and Rogers, who finished up and received credit for the win.

Carslon strck out seven, walked two and allowed three runs, none of which were earned, and no hits. Rgers surrendered three hits in three innings with three stirkeouts and one walk.

Thorsen went the distance in defeat, striking out 14, not walking a batter and allowing four runs (one earned) and seven hits.

Chatham got on the board first, plating a run in the top of the first as Tate Van Alstyne reached on an error, stole second and third and scored on an infield error.

Catkill got two back in the bottom of the first.Eddie Rogers and Dan Smith singled and Carlson reached on error to load the bases. Aiden Leipman grounded into a fielder’s choice to chase home a run and Culling Fulling ripped a base hit to plate another, giving the Cats a 2-1 edge.

Catskill maintained a one-run lead until the third when Chatham scored two to take a 3-2 lead. Kyle Jackson reached on an error, stole second and went to third on a wild pitch. Tate Van Alstyne walked and stole second, putting runners on second and third. Thorsen hit a sacrifice fly to bring home Jackson with the tying run and Horton came through with a sacrifice fly to plate Van Alstyne with the go-ahead score.

The Cats finally got even in the fifth when Rogers reached second on an error and scored from second on an infield error.

Chatham threatened in the top of the sixth as Cam Horton ripped a leadoff double, but he was later thrown out attemptng to steal third. The Panthers put two more runners aboard in the frame, but Rogers worked his way out of the jam.

In the home half of the sixth, Thorsen struck out the leadoff hitter, but Brantley followed with his shot that cleared the left field fence that put the Cats up, 4-3.

“He had a couple of tough at-bats earlier and we talked about just being a little quicker and getting the bat head out there quicker,” Joyce sail of Brantley. “He listened, he got it out there and carried it right over the wall. I’m really happy for him.”

Chatham did not go quitely in the top of the seventh, as Vinnie Marasco drilled a one-out double and went to third on Jackson’s fly out to center. Down to their last out, Van Alstyne worked the count to 3-2, then hit a hard grounder that shortstop Leipman gobbled up and threw to first to end the game.

Brantley’s bomb highlighted Catskill’s seven-hit attack. Leipman had two singles and an RBI, Cullen Fulling added a single and an RBI and Rogers, Smith and Nate Shook-Timot all singled.

GREENVILLE — Cole Flannery scattered three hits and struck out nine in four innings and helped himself with the bat, ripping a double and single and driving in five runs to lead Greenville to a 13-1 victory over Maple Hill in Wednesday’s Patroon Conference baseball game.

The game was stopped in the fifth inning because of the 10-run rule.

Edmonds came on in relief of Flanner, striking out three and allowing one hit in one inning.

Brody Rogers, Wildermuth, Chris Bulan and Joe Brodzinski all pitched for the Wildcats, striking out four, walking four and allowing 13 runs and 13 hits.

CRARYVILLE — Kobe Van Alstyne pitched a complete-game four-hitter with nine strikeouts and collected a double and single with an RBI to lead Taconic Hills to a 5-1 Patroon Conference baseball victory over Watervliet on Wednesday.

Zach Rowe had a double and an RBI for the Titans. Aaron Bonci and Gaetano Hamilton each had two singles and Troy Super singled.

Gunnar Grethen-McLaughlin and Brady Holzhauer each had a single and an RBI for the Riders. Topher Pelesz, Satchel Baumgartner and Kyle Bartlett all singled.

Holzhauer pitched 6 1/3 inning for the Riders, striking out seven, walking two and allowing two runs and six hits. Alex Schmidt struck out one in 2/3 of an inning in relief.

GERMANTOWN — Jonathan Mollo pitched a one-hit shutout with 16 strikeouts as Germantown remained unbeaten with a 10-0 victory over Rensselaer in Wednesday’s CHVL baseball game.