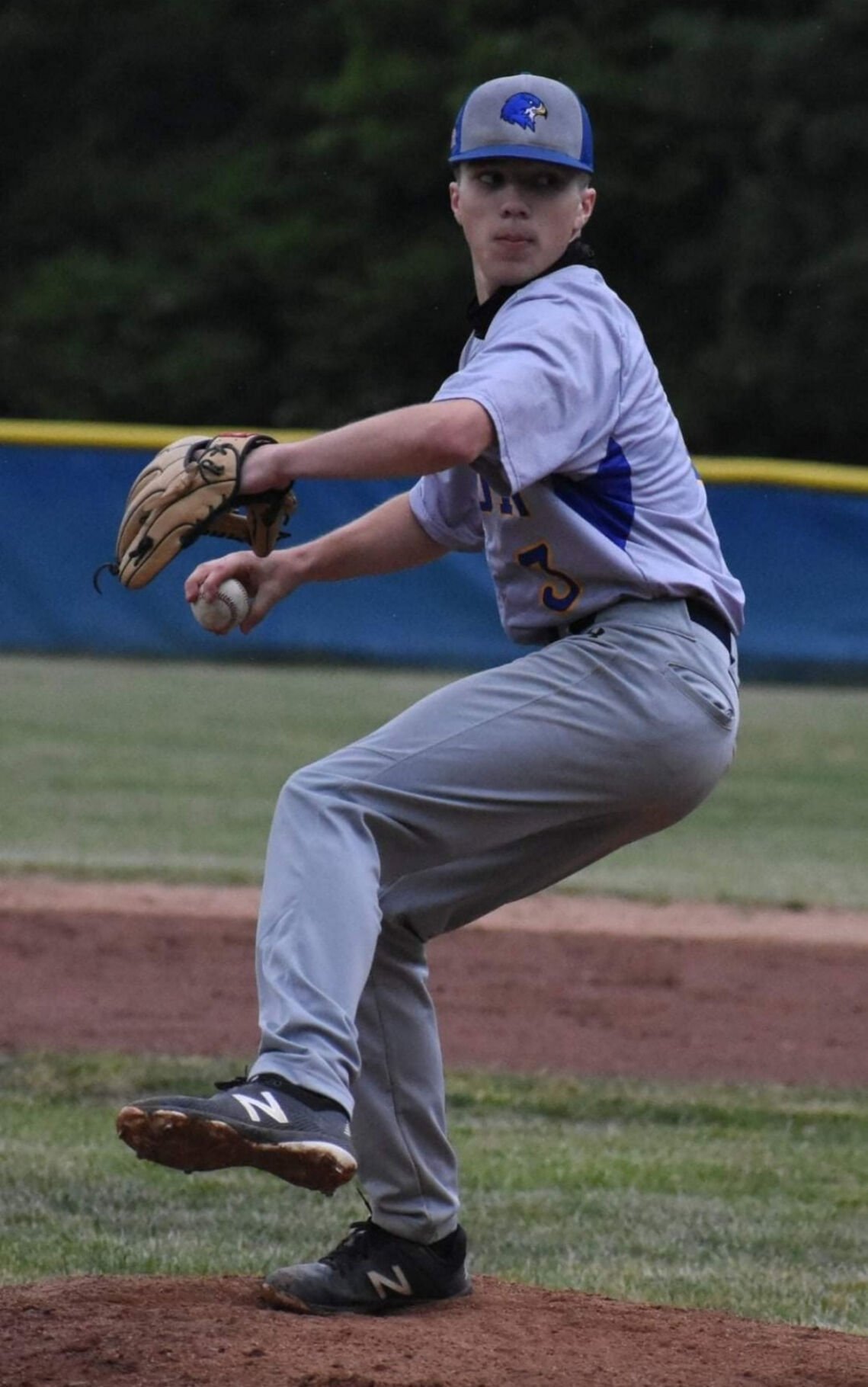 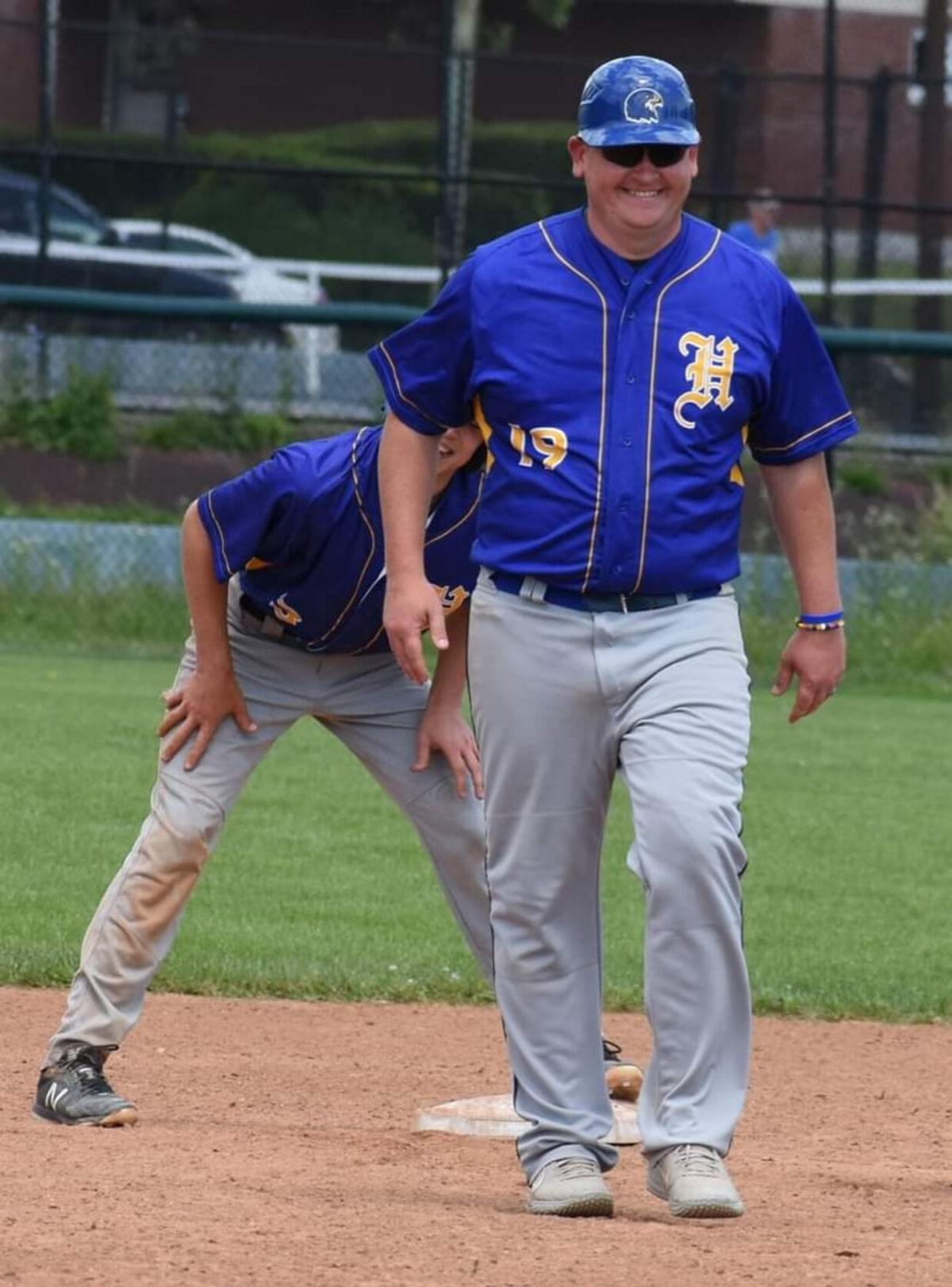 On the mound, Bowes was the Bluehawks’ ace, compiling a 5-0 record with a 1.41 earned run average. He struck out 40 in 29 innings pitched and allowed 29 hits and 10 runs, only six of which were earned.

“Matty had an unbelievable season,” Hudson coach Ken Ward said. “Everything we asked him to do he did and then some. The kid is a gamer and is only going to get better at the next level. I’ve had Matty for five seasons and it has been a pleasure watching him grow over the years.”

Ward was named the Patroon Coach of the Year for leading Hudson to the Patroon Conference championship and an 11-2 record. The Bluehawks won two games in the Section II Class B playoffs before falling in the semifinals.

“It is a honor to be named the coach of the year,” Ward said. “A big thank you to Evan Bernockie. I don’t know where this team would have been without his help. Coaching is a lot easier when you have the talent that we had this season. I had a lot of these kids for the last five seasons and it’s going be tough to see them go.”

Cam Horton/Chatham: The Panthers’ sophomore had a breakout season, slugging four home runs with 28 RBI and a .492 bating average, collecting 29 hits in 59 at-bats and striking out just five times all year.

Primarily the Panthers’ catcher, Horton also made four appearances on the mound, earning a save and compiling a 0.95 earned run average with nine strikeouts in seven innings pitched.

Matt Thorsen/Chatham: Like his teammate Horton, Thorsen stood out in his sophomore year, collecting 21 hits in 53 for a .396 batting average with a team-high six home runs, 19 RBI and seven doubles.

Isaiah Maines/Hudson: The Bluehawks’ junior batted. 474 with 18 hits in 38 at-bats with six RBI.

Maines, who participated in four sports during the 2020-21 school year, also did a solid job in his seven appearances on the mound, striking out 20 in 13 innings.

Vic Gorman/Hudson: The senior catcher finished his high school career in style, batting an even .500 with 21 hits in 42 at-bats and 13 RBI.

Baserunners had to think twice before attempting to steal a base against Hudson because of Gorman’s rocket arm.

Gorman earned a win in one of his two appearances on the mound, striking out four in 1 1/3 innings.

Matt Jung/Maple Hill: Jung finished his career at Maple Hill with a .385 batting average, collecting 20 hits in 52 at-bat with four doubles and 14 RBI.

The senior right-hander finished with a 1-1 record and a 2.82 earned run average in eight mound appearances. He struck out 56 in 34 innings pitched, allowing 22 hits and 18 runs (14 earned).

Joe Domermuth/Greenville: The Spartans junior first baseman had a robust .532 batting average with 25 hits in 47 at-bats. He ripped four doubles and one home run with 18 RBI.

Isaiah Edmonds/Greenville: Edmonds missed the start of the season because of a Covid quarantine situation, but the talented junior certainly made up for lost time, batting .606 with 20 at-bats in just 33 at-bats with two home runs and 12 RBI.

He was equally as impressive on the mound, posting a 2-1 record with two saves and not allowing an earned run in 18 innings. He struck out 30, walked only six and allowed 14 hits.

Gavin Van Kempen/Maple Hill: The junior right-hander with the 90-plus miles per hour fast ball developed into one of the top sluggers in the league, blasting 11 home runs and driving in 35 runs with a .444 batting average, coming up with 24 hits in 54 at-bats.

On the mound, Van Kempen averaged two strikeouts per inning, fanning 52 in 26 inning pitched while allowing 28 hits and 23 runs (19 earned).

Patrick McManus/Coxsackie-Athens: McManus wrapped up his career at C-A with a .435 batting average, coming up with 20 hits in 46 at-bats with three home runs, 17 RBI while striking out just three times.

The senior left-hander was 1-1 on the mound with 51 strikeouts in 32 innings.

Vacation in Jamaica and Indulge Your Senses

Stroke Survivors with Aphasia May Be Able to Recover Language Skills