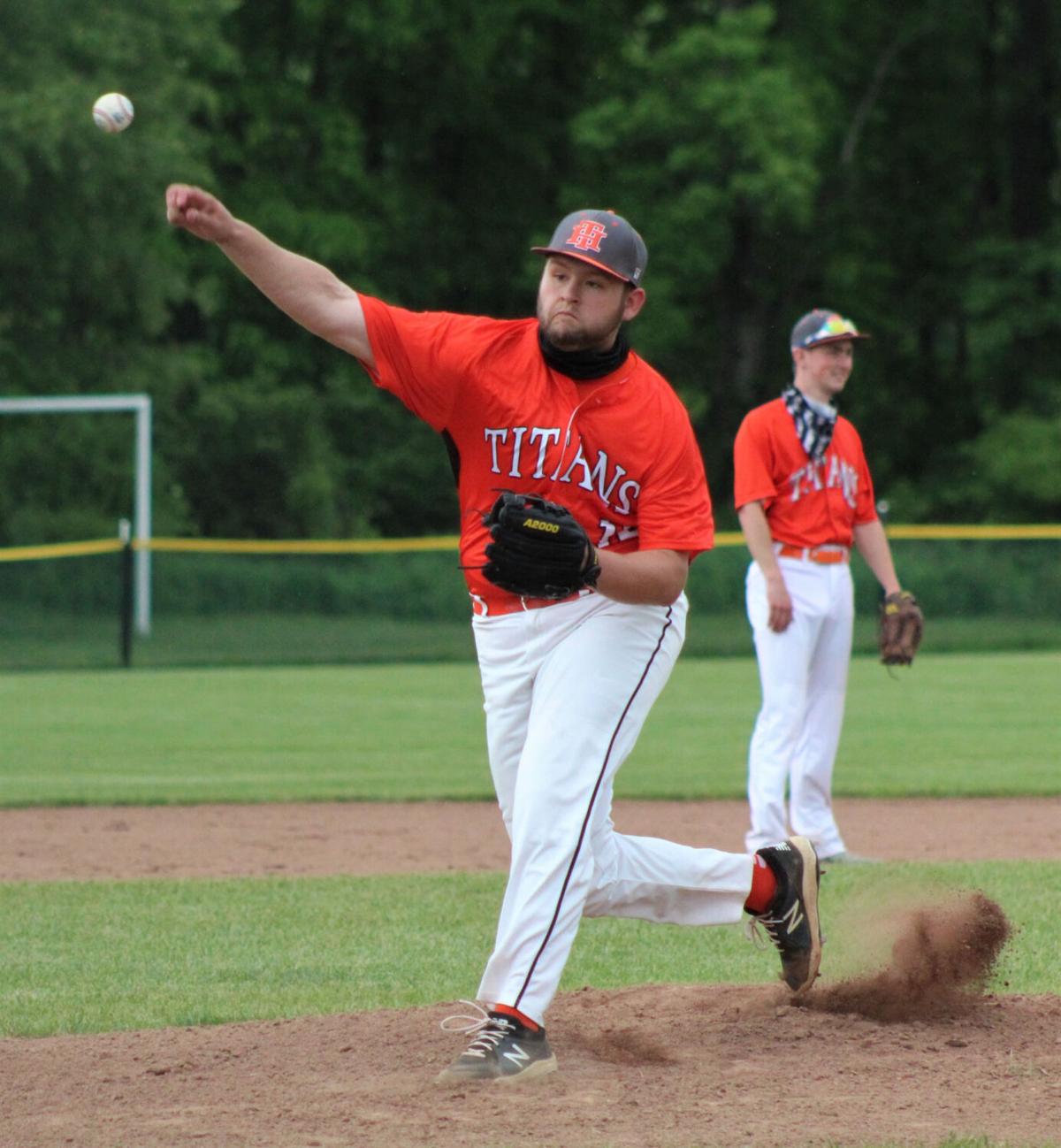 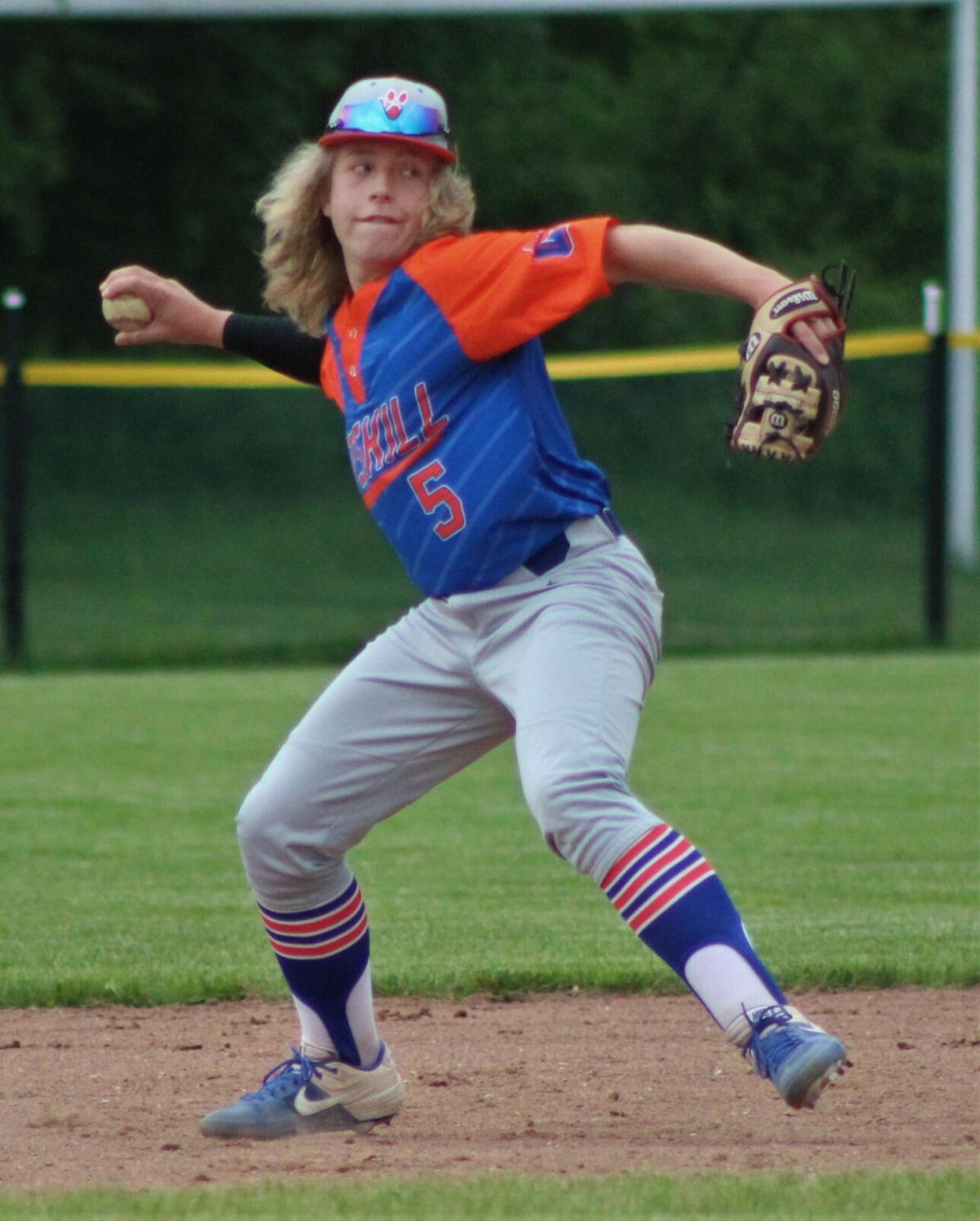 The Cats trailed 3-1 in the top of the seventh inning, and they tied the game on a two run single by Carter VanEtten. The TItans fought through the soggy weather conditions all game, and that did not change in the bottom half of the seventh. With Joel Preusser on third base, he scored the winning run on a walk off single by Aaron Bonci to give Taconic Hills the 4-3 victory.

Preusser started the game on the mound for the Titans, and was in trouble early after walking Azar Brantley to start the game. Brantley stole second base and came around to score on an RBI double by Eddie Rogers and the Cats had a 1-0 lead.

With Aiden Leipman on the hill for Catskill to begin the game, the Titans’ bats were quieted in the first inning. Preusser had a bounce back inning in the top of the second, getting two strikeouts and stranding a runner on first base.

Taconic Hills had a good chance to score in the bottom half after back-to-back one out singles by Bonci and Nole Atwood put runners on first and third. Atwood was thrown out trying to steal second though, and Ben Hunter grounded out to short to end the inning before the Titans could score.

Preusser was in a situation again in the top of the third with a runner on third and one out. He threw a wild pitch and the runner looked to score but was tagged out by Preusser after Izac Jennings got to the ball quickly and threw it to him in time.

Jennings led off the bottom half with a single, but was thrown out at third on a double by Kobe Van Alstyne. Van Alstyne stole third and Zach Rowe worked a walk to give the Titans another decent scoring chance, but two fly outs ended the threat and they left runners on base for the second consecutive inning.

In the bottom of the fourth, Atwood tied the game on another single, scoring Bryce Atwood. After a walk, Cody Young was brought on in relief for Catskill. After both runners advanced on a wild pitch, they scored on an errant throw to first base by the Cats defender on a ground ball. The Titans now had a 3-1 lead going into the fifth.

After uneventful fifth and sixth innings, Taconic Hill just needed three outs to lock down the win. Van Alstyne relieved Preusser on the bump for the Titans and looked to shut the door on Catskill.

After the first two hitters reached on walks and advanced to second and third, the Cats tied the game 3-3 on a two run single by Carter VanEtten. VanEtten was picked off first during the next at-bat for the second out, and Nate Timot-Shook grounded out to short to end the frame.

In the bottom of the seventh, Preusser blooped a single to reach first and get the winning run on the basepaths.

After a walk to Brandon Rossano, Bryce Atwood grounded into a fielder’s choice that moved Preusser to third. Bonci came up and ripped a single into left center field to bring Preusser around to score and win the game 4-3 for the Taconic Hills Titans.