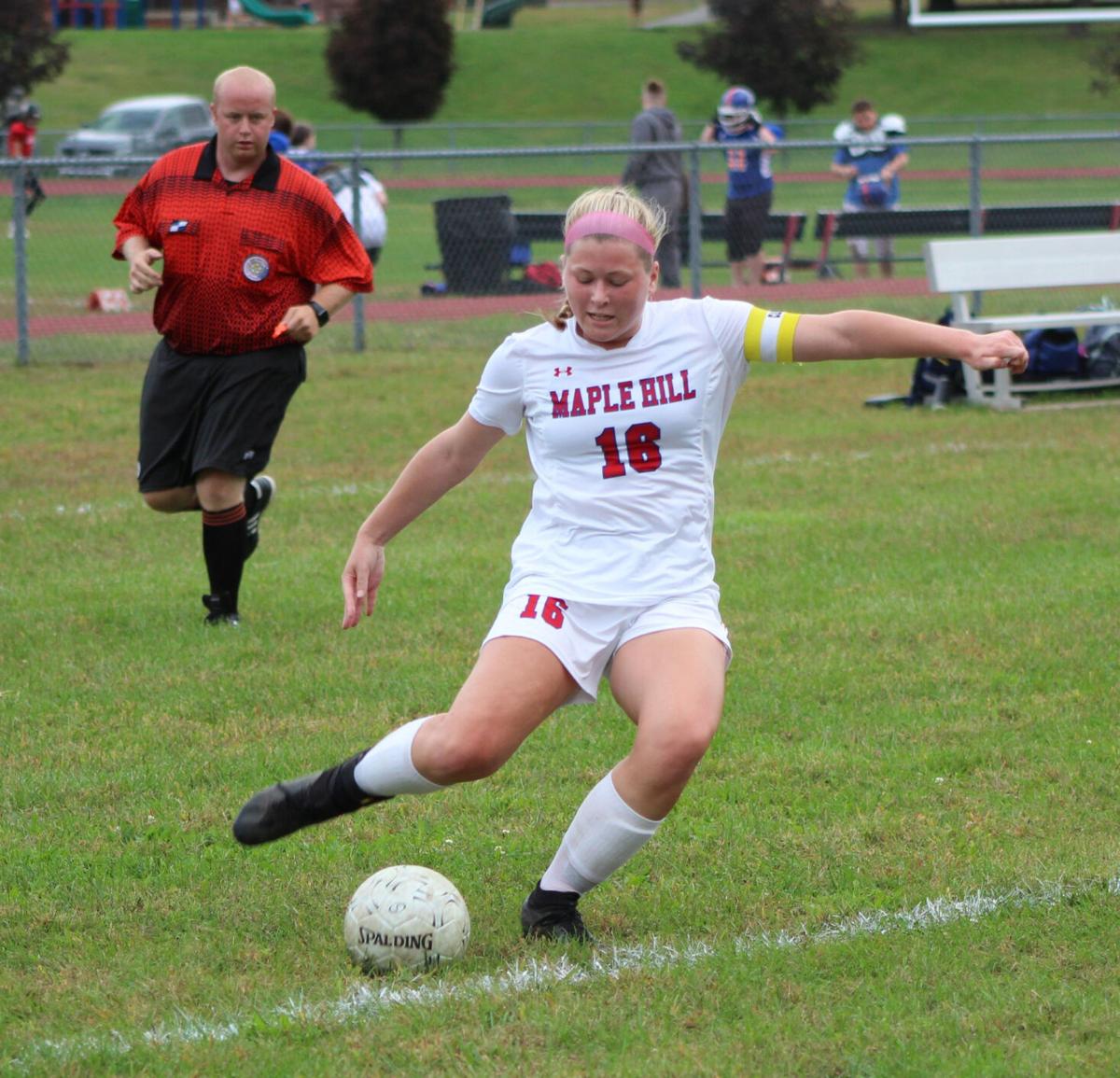 Matt Fortunato/Columbia-Greene Media Maple Hill's Alayna Fletcher scores what turned out to be the game-winning goal in the Wildcats' 1-0 victory over Chatham on Thursday. 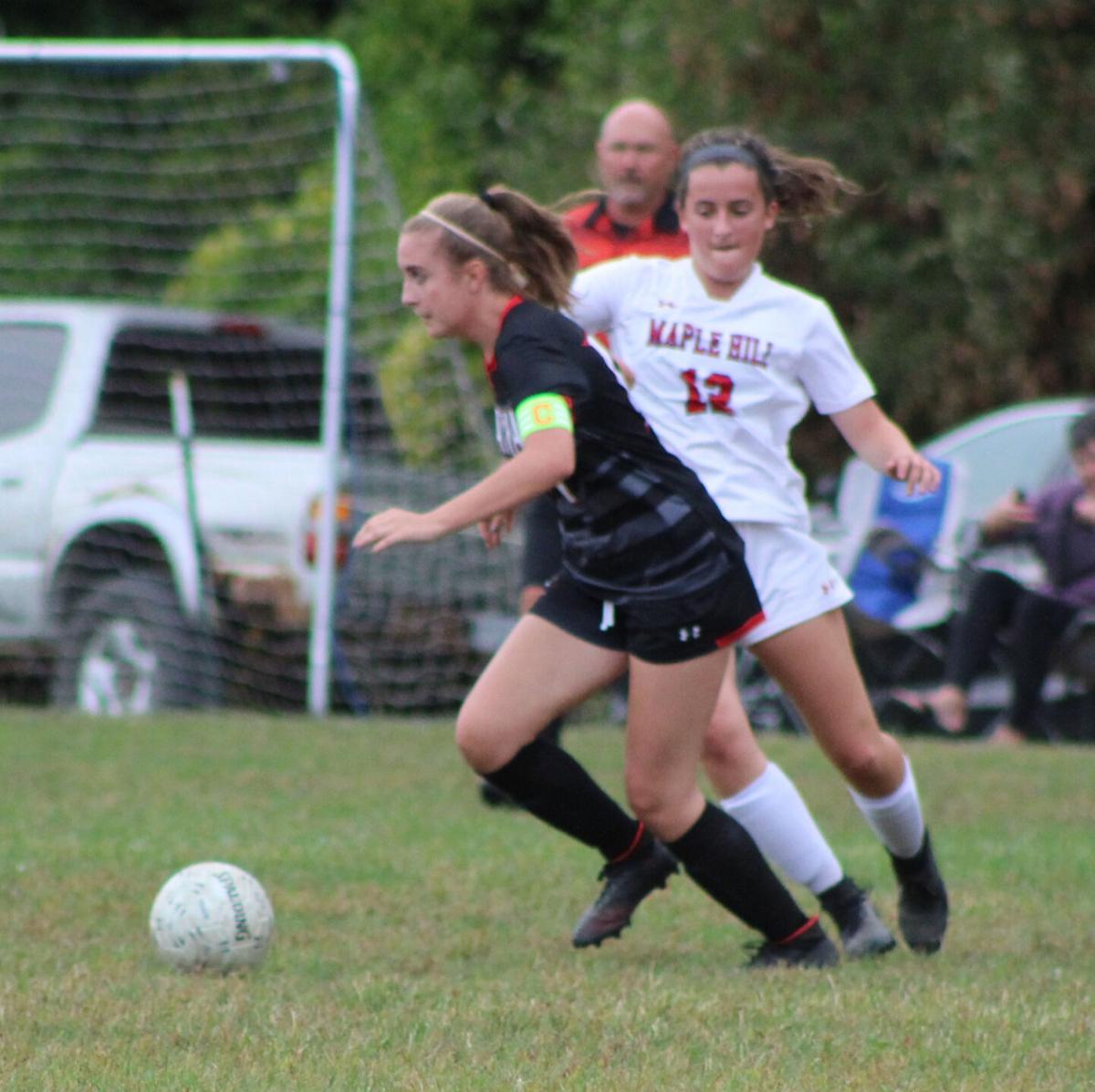 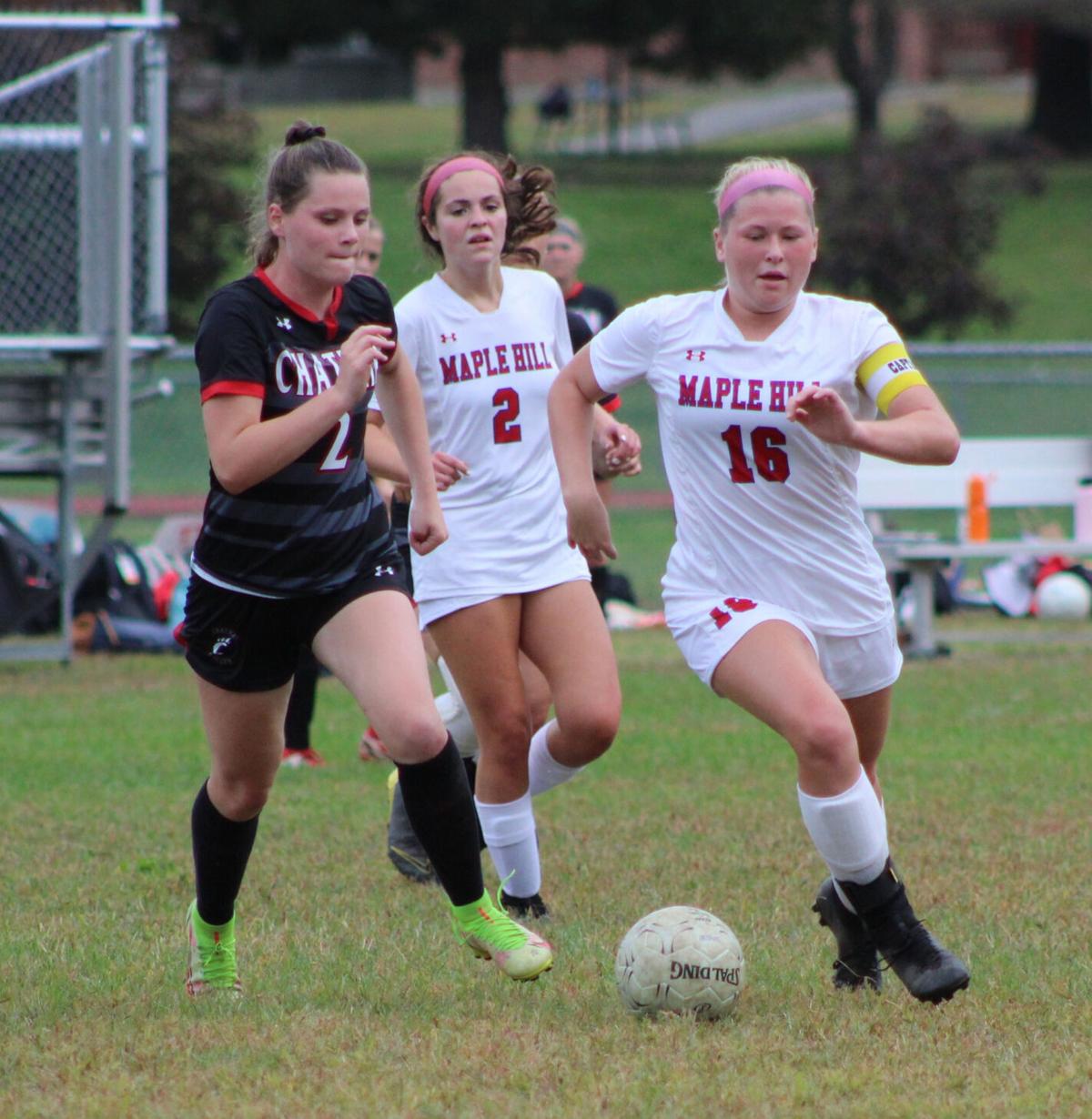 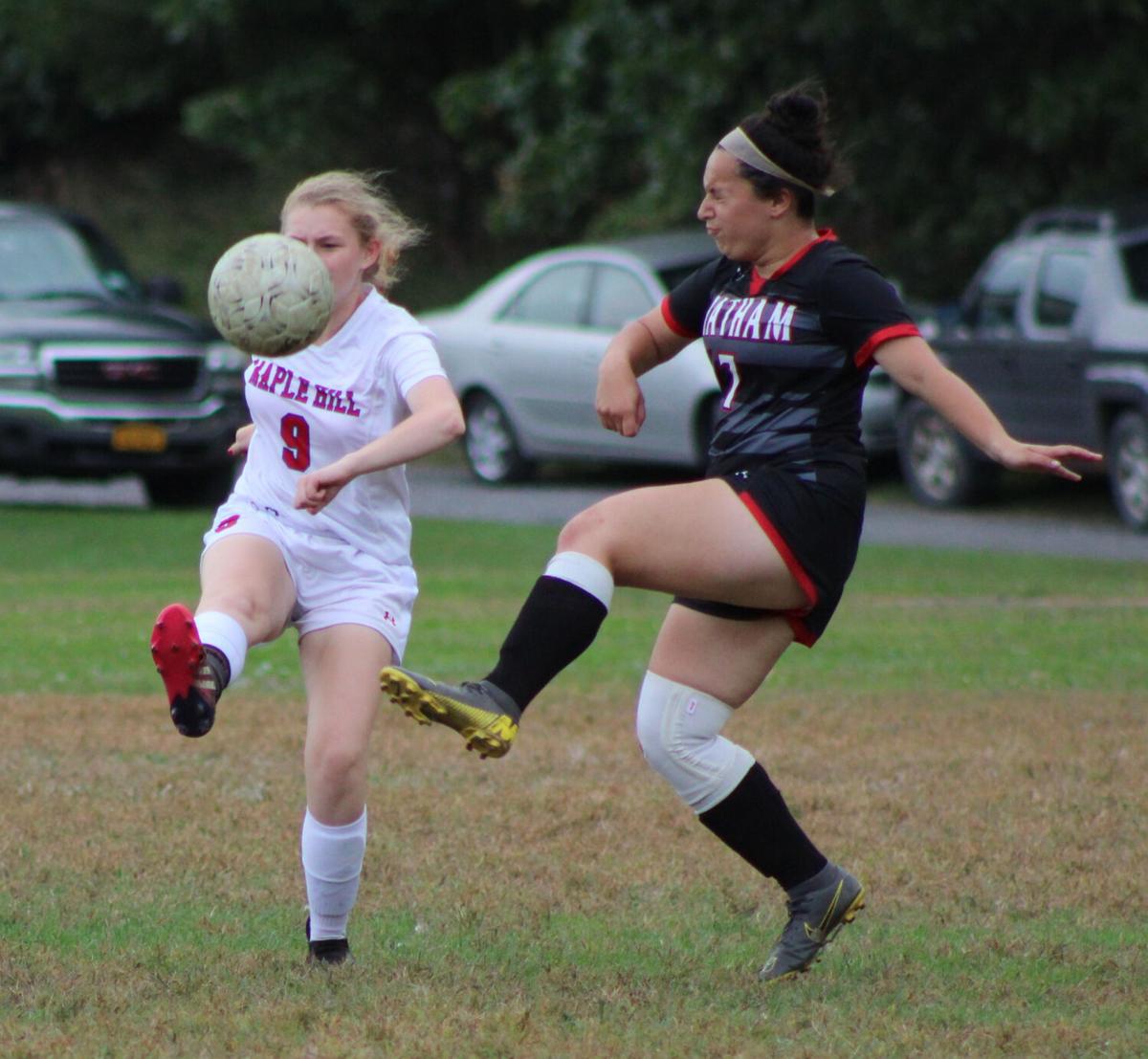 Matt Fortunato/Columbia-Greene Media Maple Hill's Alayna Fletcher scores what turned out to be the game-winning goal in the Wildcats' 1-0 victory over Chatham on Thursday.

Alayna Fletcher scored the lone goal for the Wildcats, her 17th score of the season, with Maple Hill clinging to that lead for the duration.

The pace was quick and competitive from the first whistle as both teams played with urgency. Each side had clean shots on goal in the first few minutes but both goalkeepers, Abby Szklenka for Maple Hill and Sarah Harrison for Chatham, made saves on both ends of the field.

A few minutes later Maple Hill had a fastbreak chance as Fletcher took control of the ball after midfield. With room for a shot, Fletcher popped it over Harrison’s head from the far side of the net, and it dropped in over the line on the opposite side of the goal and in for a goal. This gave the Wildcats a 1-0 lead, but it was still very early in the contest.

Chatham and Maple Hill continued to use the sidelines to create passing opportunities but more often than not they would lose possession on balls going out of bounds as a result.

The Panthers had a hard time clearing the ball out of the box consistently enough to give their defense a break from the Wildcats’ relentless offense. Chatham did not do themselves any favors on defense either with a few miscommunications that allowed the ball to stay in the scoring territory for Maple Hill.

The Wildcats sent a few more shots on the net as the first half came to a close, but the wind kicked up and the ball kept sailing high and over the crossbar. Maple Hill took their 1-0 lead over Chatham into halftime, but looked to keep their intensity high.

At the start of the second half, the Wildcats and Panthers both continued playing tight on defense, not giving their opponents an inch of space. The Chatham offense put some plays together early, but they could not take advantage of having the ball in the box and Maple Hill flipped the possession arrow back every time. The wind was even worse at this point and was clearly changing the trajectory of the passes by both teams.

The Wildcats had a huge chance down in the box as they hit a cross from near the corner but the Panthers got in between to kick it out for a corner.

After two consecutive corner kicks were stopped by the Chatham defense and keeper Harrison, Maple Hill had another breakaway opportunity. Fletcher was taken down from behind on the play and went down hard, however there was no foul called and parents on the sidelines were livid.

Chatham benefited from a handball by Maple Hill and was given a free kick with about 19 minutes left in regulation, but the ball was caught out of the air by Wildcat keeper Szklenka.

Harrison answered with a save of her own on the other end on a shot by Natalie Deso off of a Maple Hill throw-in. The Panthers had the ball break their way minutes later and raced downfield to take a shot on goal, but Addison Perry could not catch up to the ball to get a touch before it rolled into Szklenka’s hands.

Chatham’s final chance came on a throw-in down near the box but the ball was controlled and cleared by the defender with just minutes to play.

In the final minutes, the Wildcats kicked the ball away from the Panthers at least twice, directly in front of the officials who had already blown the whistle to give Chatham free kicks, but delay of game was never called though it seemed blatant.

Nevertheless, the Maple Hill Wildcats were able to run out the clock and keep their undefeated streak alive for the season so far with a hard fought 1-0 over the Chatham Panthers. The Wildcats improve to 6-0, while the Panthers fall to 4-3.