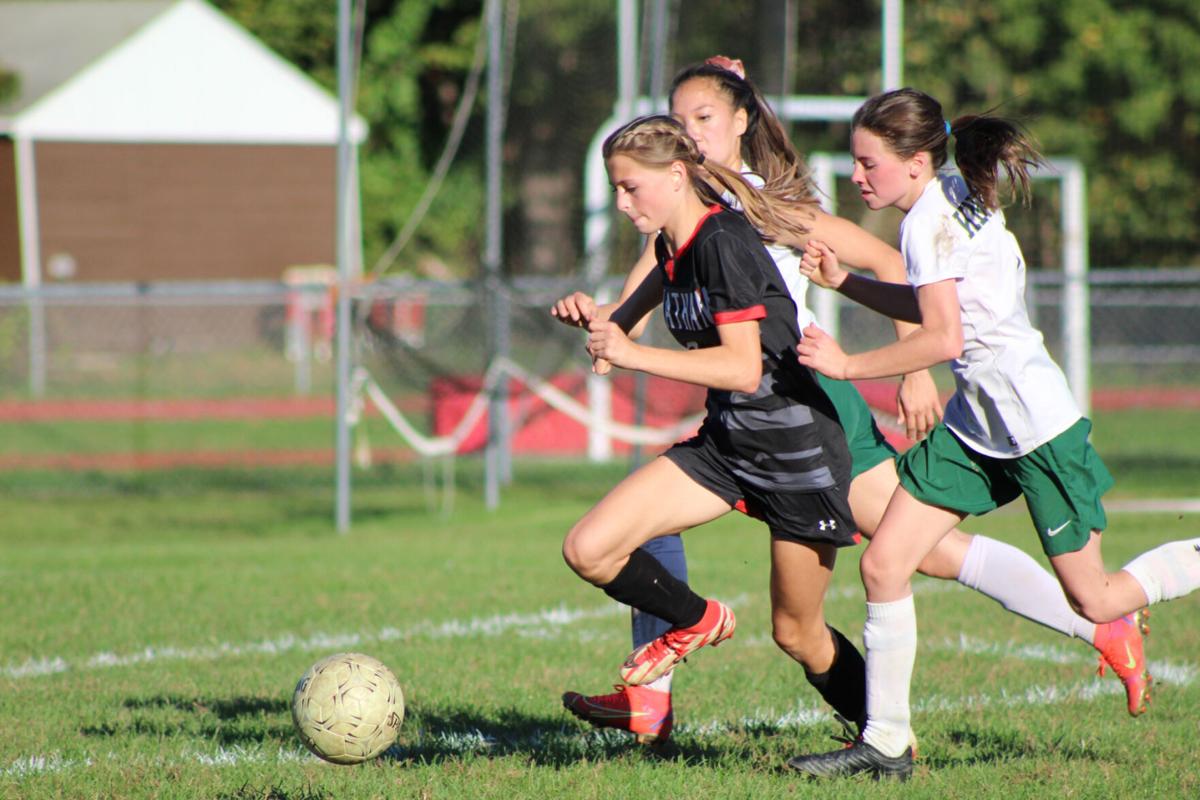 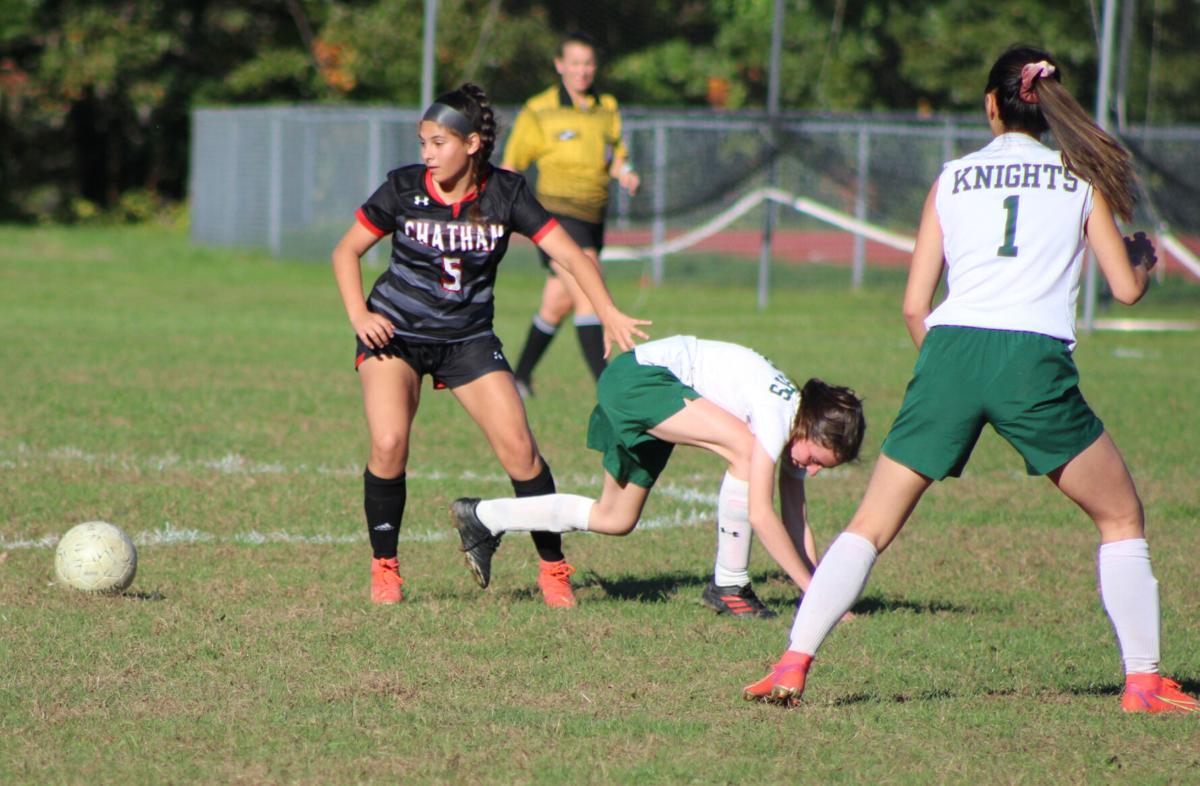 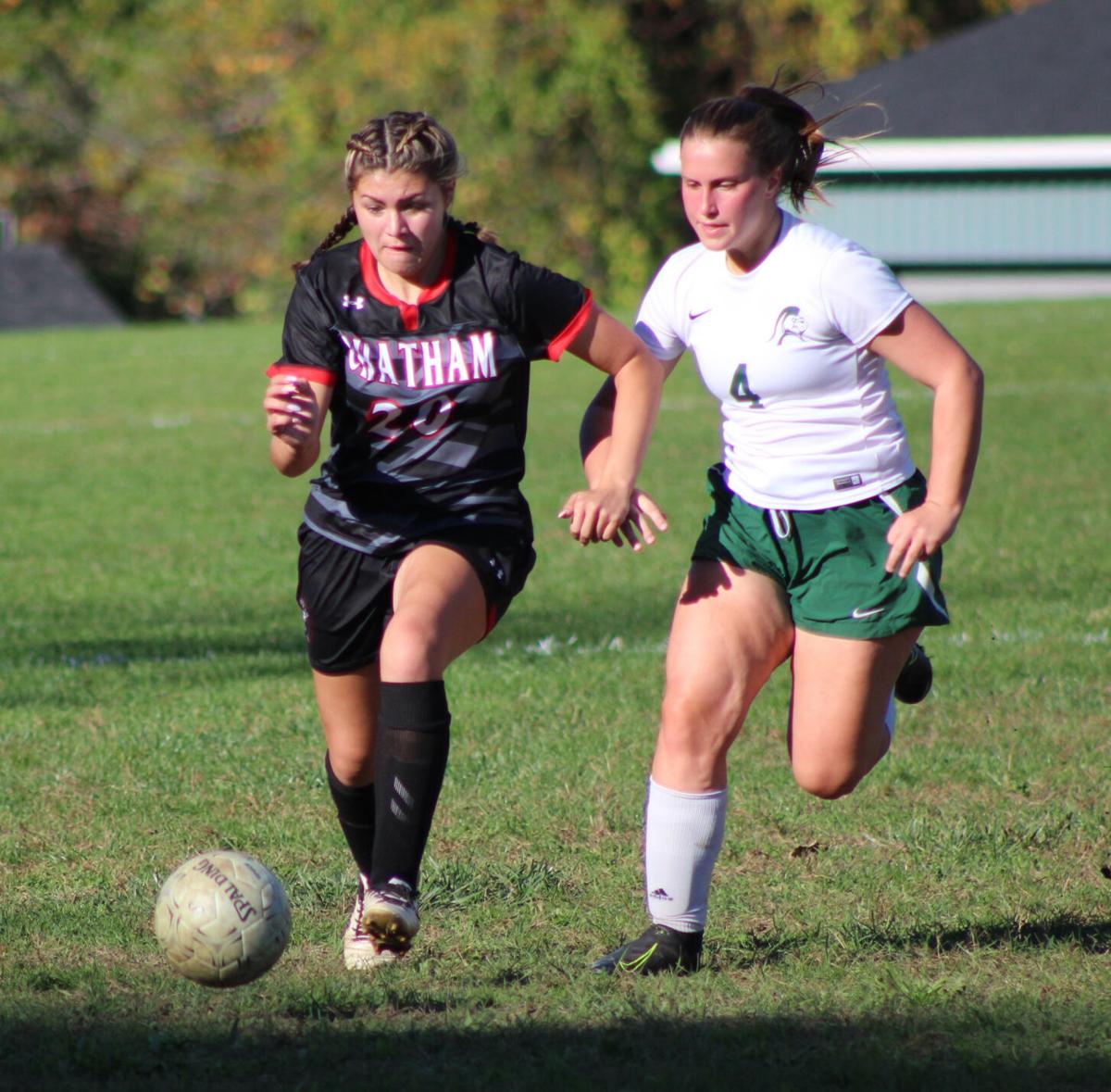 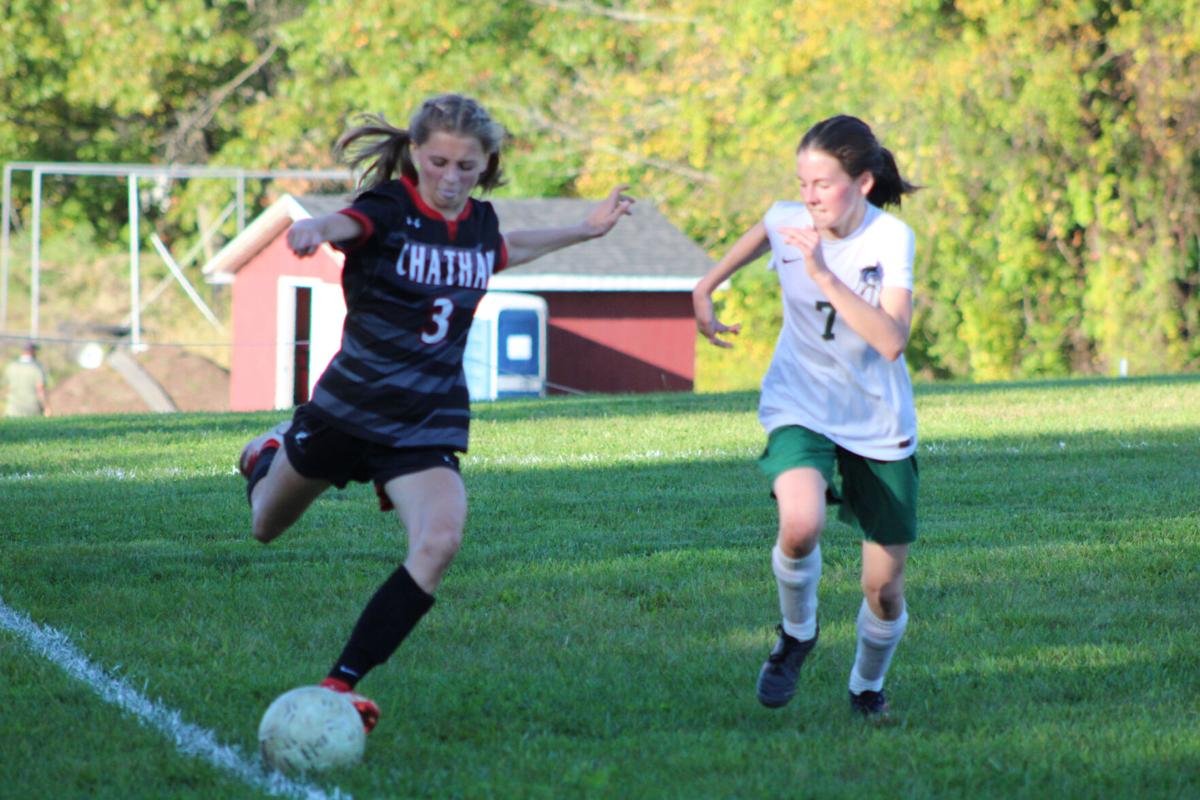 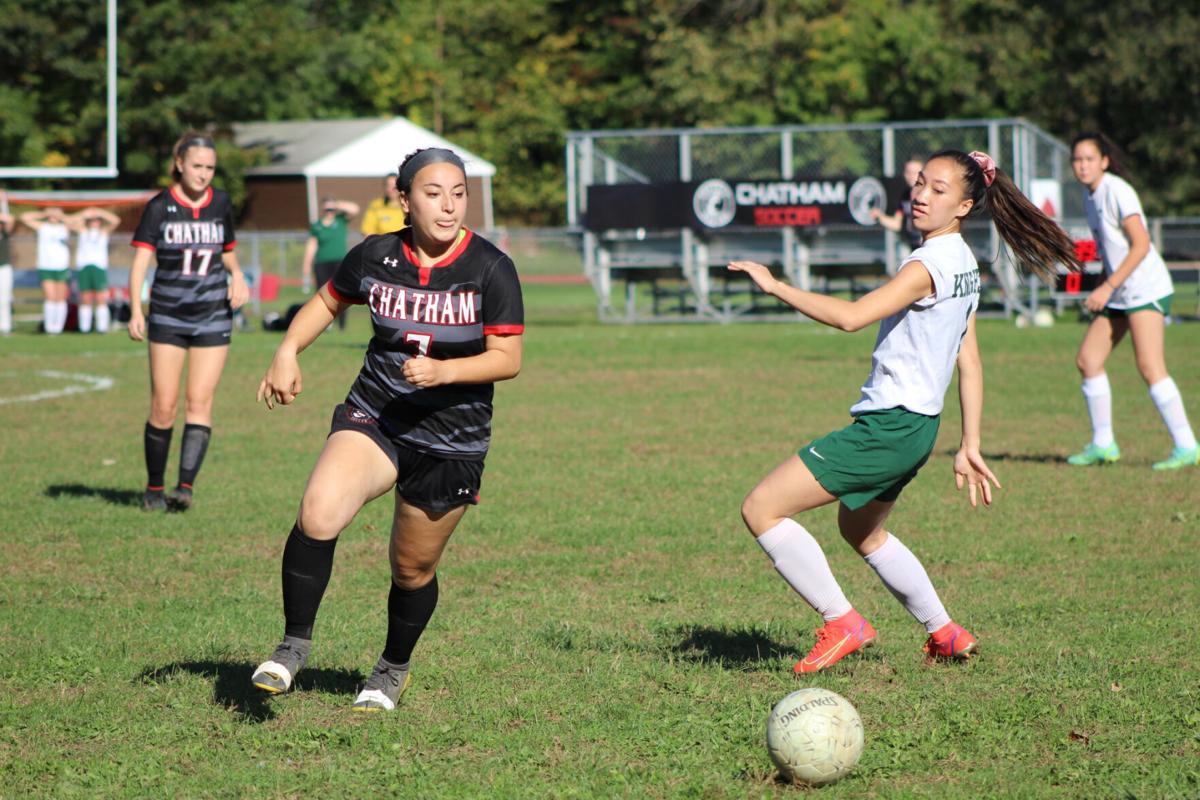 All four of Chatham’s goals came in the second half; a hat trick by Addison Perry and one goal from Rylie Barden.

The Panthers controlled the ball well from the opening kick and the Knights were tested on defense early. Sam Barden had a shot on goal early on for Chatham as well as Addison Perry and Kamryn Hanson.

Gabby Fisher was all over the ball in the first half herself for the Panthers, stepping into the Knights’ passing lanes for steals and leading her teammates with passes down into the box on a number of possessions.

The Panthers were relentless on offense in the remainder of the half, putting shots on the net even more frequently, including a corner kick that was punched out by the keeper. The Knights’ defense was unwavering though, and the game remained scoreless at halftime.

The Knights opened the second half looking to catch the Panthers off-guard and put together some offense before they could respond. They got the ball down near the Panthers’ box but Chatham quickly took it away and moved it back upfield to fire off a shot on goal at the other end that went wide.

Perry found herself with yet another opportunity to get a shot on the net for the Panthers, and this time she delivered the first goal of the game and gave Chatham a 1-0 lead.

With just five minutes off the clock in the second half, the Knights looked to answer and they almost had a clear breakaway off of a steal near midfield but the attacker’s shot was not on target and rolled out for a goal kick.

After another two close calls by Perry, Rylie Barden found the back of the net to double Chatham’s lead to 2-0 midway through the half.

After keeping the pressure on, Perry scored another two goals with under ten minutes to play, completing her hat trick and putting the Panthers up 4-0.

With only a few minutes on the clock Addison Perry was suddenly on the ground and clutching her leg with what looked to be more than a cramp. Perry had made a cut earlier in the half that seemed to tweak the knee without making contact with the defender, but she played through it. She could not put weight on at this point however, and was carried off the field by one of Chatham’s coaches as her teammates took care of the rest.

The Panthers worked the clock down to zero to secure the 4-0 win and advance to the quarterfinal round in the Class C Tournament where they will play at No. 5 Bolton-Warrensburg on Friday at 3 p.m.