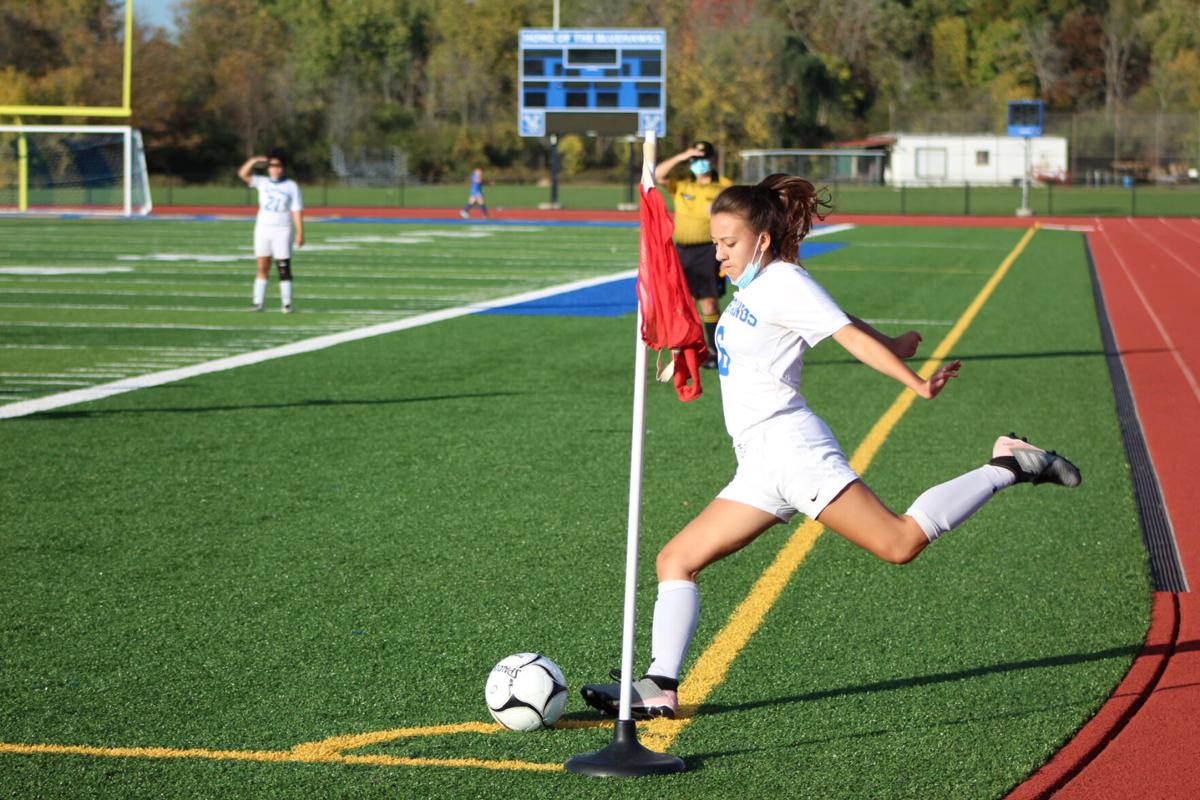 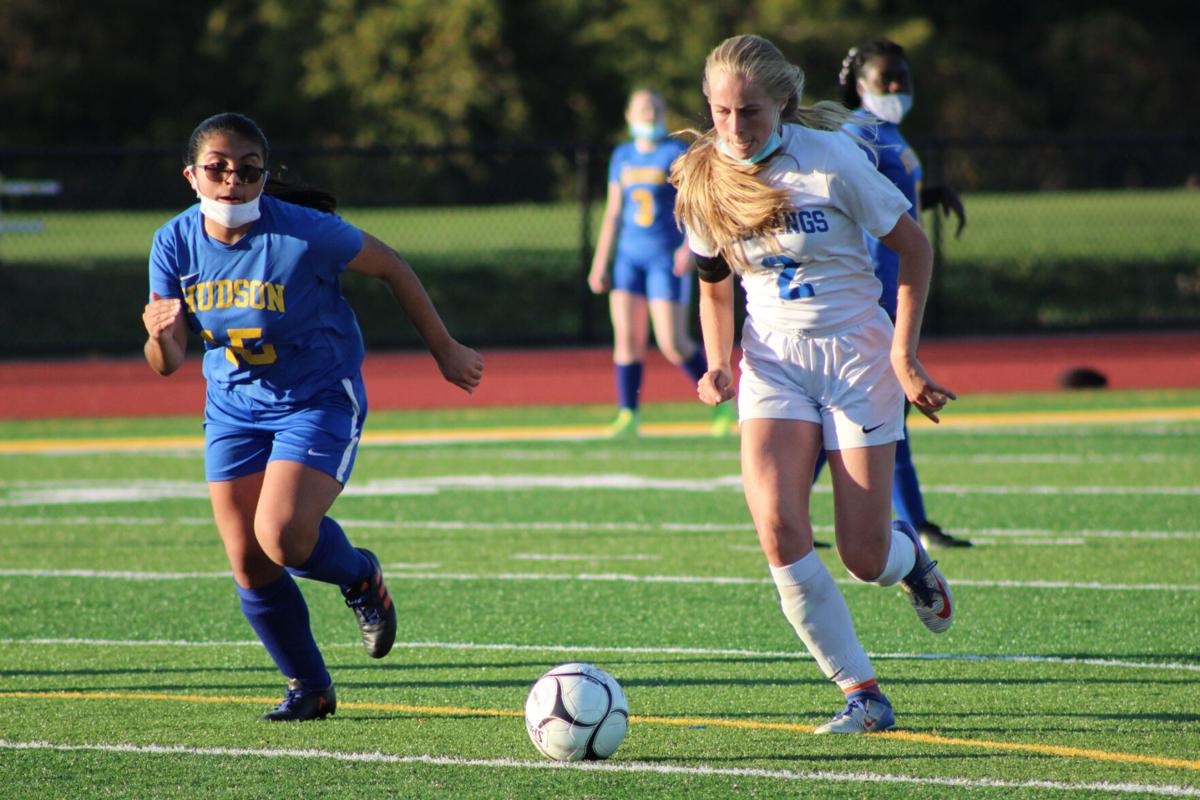 Hannah Esslie notched four goals for the Mustangs as the Bluehawks were outmatched, but to their credit, still hustled through the last whistle.

The Mustangs had the Bluehawks on their heels from the start, playing aggressively and taking opportunities early. Cairo-Durham got two corner kicks in the first few minutes of play, but they could not get on the scoreboard. The Bluehawks got lucky again when the defenders played up and got burned by the Mustang attacker, but recovered in time to force an errant shot resulting in a goal kick for Hudson.

The Bluehawks managed to cause a turnover a few minutes later, but Mustang keeper Noelle Amoroso made a brilliant save on a shot from point blank range. Moments later, Cairo-Durham dribbled back up the field, and scored the first of their impressive 11-goal effort.

Out of a mask break, back-to-back goals from Abigail Brandow and Hannah Esslie put the Mustangs up 3-0. The Bluehawks forced a turnover and found the back of the net for their only score of the game, to cut the lead to 3-1. Unfortunately for Hudson, their night was far from over.

The Bluehawks continued to show their lacking in preparedness in the fundamentals department, as they could not turn on the ball with their bodies to create distance and maintain possession.

Esslie added another two goals to mount a hat trick in the first half for the Mustangs, and was complimented with goals from two other teammates, as Cairo-Durham carried a 7-1 lead into the half. The second half spelled more of the same for the Bluehawks, as they showed fatigue and were still lacking in their execution of the simple things.

Thanks to lapses in defense, Cairo-Durham scored four more goals in the second half, and defeated Hudson 11-1, as the sun set on Wednesday evening.

Catskill’s lone goal came from an early corner kick opportunity off of the foot of senior Hailey Rowell.

Greenville came back late in the second half to tie it up, Bella Trostle from Ella Grupe, and then tacked on two more from Emma Haller.

Amaia Sisto had 17 saves for the Cats. Chloe Ross and Cameryn Childs combined for nine for the Spartans.

COXSACKIE — Alayna Fletcher scored two goals and had one assist to lead Maple Hill to a 5-0 victory over Coxsackie-Athens in Patroon Conference girls soccer on Wednesday.

Isabella Thomas, Kylie Roloson and Alexis Tedford each had a goal for the Wildcats.Eva Hirschoff contributed an assist.

Chatham improved to 4-0 and will host Maple Hill on Saturday at 10 a.m.