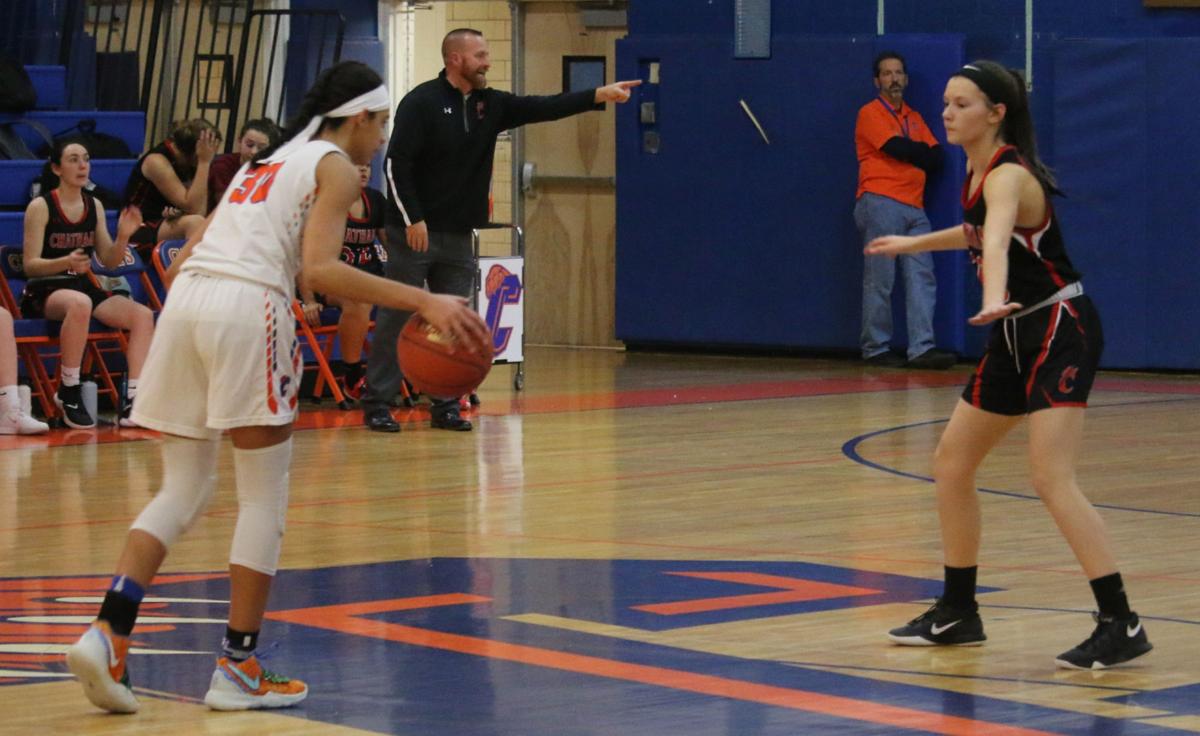 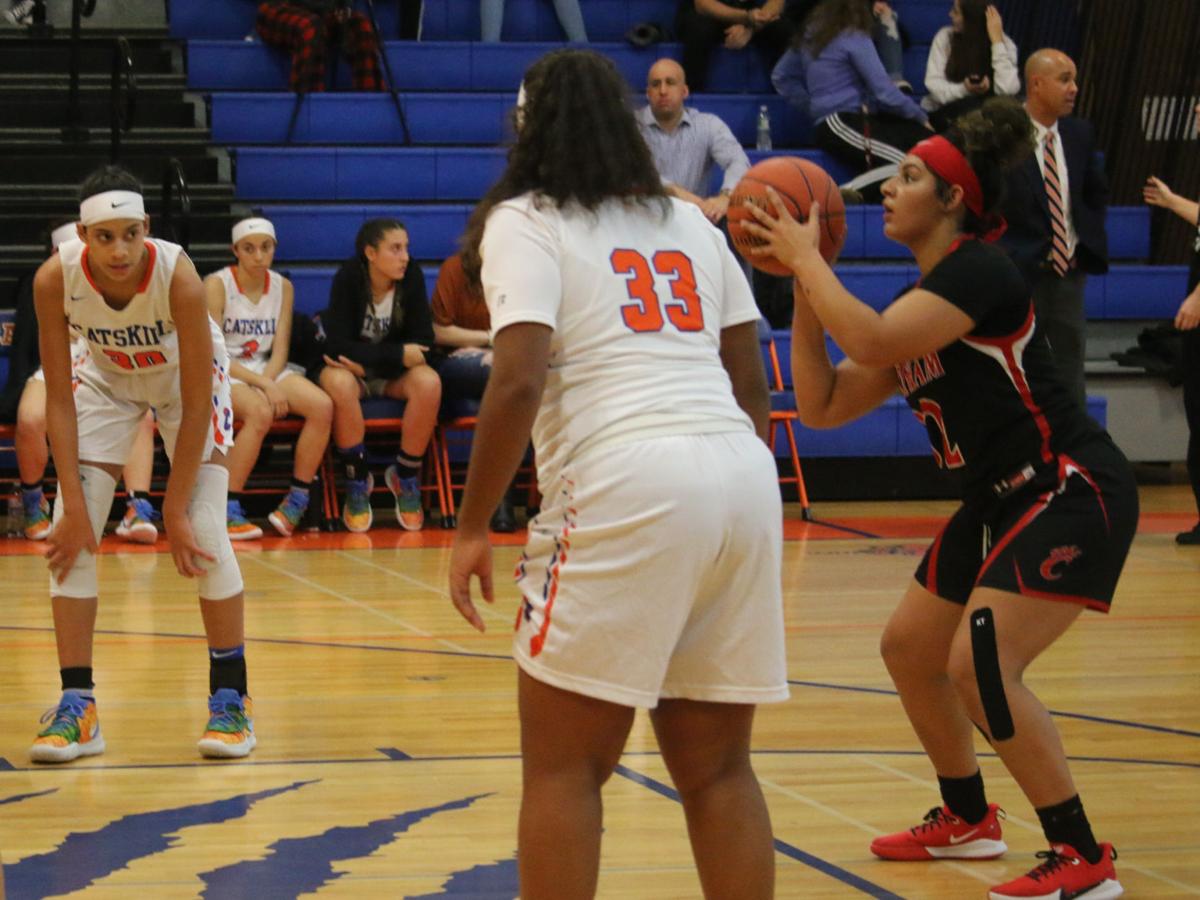 CATSKILL — The Catskill Cats hosted the Chatham Panthers in Friday night’s Patroon Conference girls basketball matchup. The Cats managed to eke out a win in a physical, tough, defensive battle against the Panthers, 44-33.

From the opening tip, each side struggled mightily to keep their offenses going fluidly from one possession to the next. Catskill finally seemed to get a rhythm going as the first quarter neared its end, and finished on a 10-3 run to go up 16-7 as the second quarter began.

The rest of the first half continued to resemble the early rounds of a title match in boxing, where each side is trying to read their opponent and get a sense of how they operate, move, and react.

Chatham senior Naveah Daigle-Vellon made 2 very difficult layups on consecutive possessions for the Panthers, as they fought their way to a 29-20 deficit going into the half. Though they were down nine points, the game felt more like a one-possession differential because of the tenacity displayed by the girls’ play on both sides.

Halfway through the third, Catskill’s Janay Brantley was fouled hard and was down on the court for several minutes, before getting up and back to the bench under her own power, much to the relief of her teammates.

Chatham took advantage of the Cats being without one of their key contributors for the time being, and found themselves six points behind, with seven minutes to play in regulation.

Catskill took a timeout a few minutes later at the 2:53 mark after the Panthers hit a three-point shot, and were now trailing 40-33.

Brantley gathered herself and took the game into her own hands as the precious seconds ticked off the clock. She drove to the hole and made a layup in traffic, while being fouled, and hit the free throw to bring Catskill’s lead back to nine with less than a minute to go.

Brantley added another two points for good measure on the next possession to finish up the game and bring the final score to 44-33 in favor of the Cats.

Brantley finished with 22 points, 14 rebounds and six assists. Hannah Konsul had 13 points and 11 rebounds and Aizlyn O’Connell pulled down 12 rebounds.

Catskill moves to a 2-0 record so far in this early part of the season, as Chatham falls to 0-1. Both teams will have home games on Wednesday, with Catskill having rival school Hudson cross the bridge, and Chatham hosting Albany Leadership.

Ichabod Crane led 11-6 after one quarter and 23-14 at halftime, but Mohonasen outscored the Riders 14-6 in the third quarter and 17-8 in the fourth to pull out the win.

Ashley Ames and Madison Graham each had 13 points for Ichabod Crane.

5 Tips to Help Older Adults Be Healthier in 2020

3 Financial Planning Trends to Look for in 2020