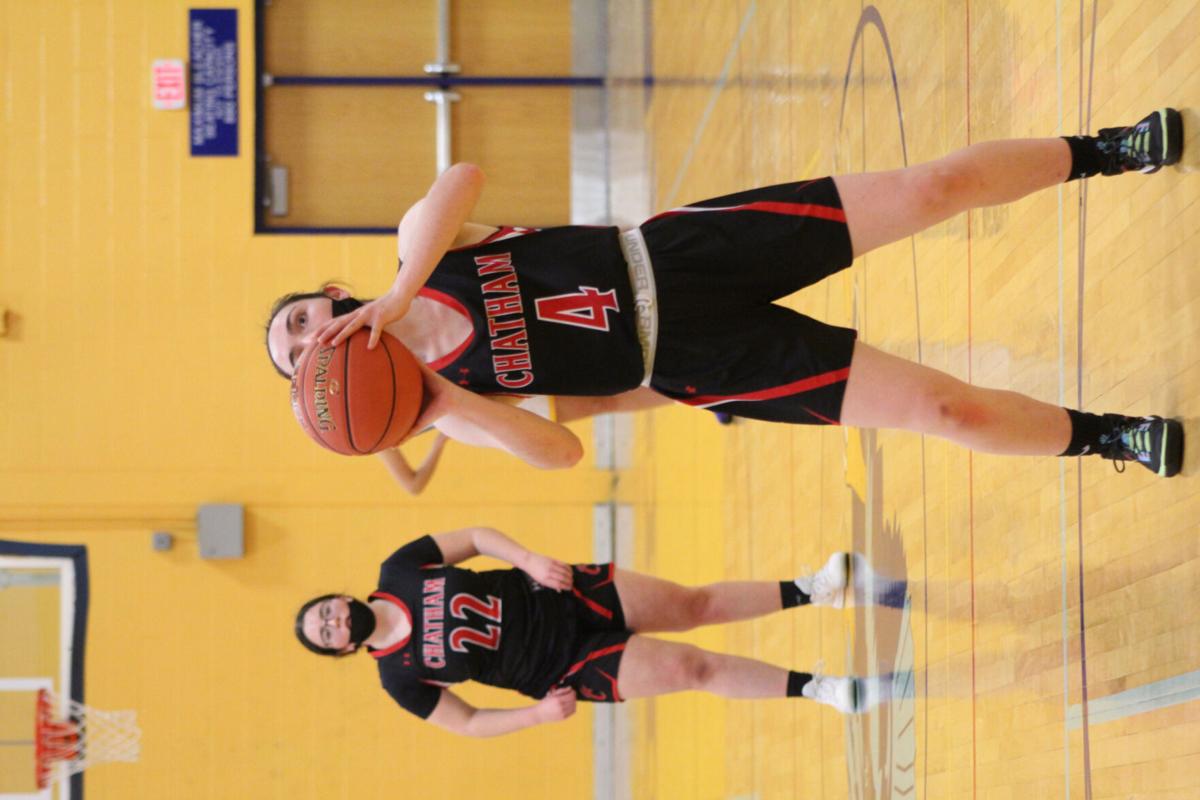 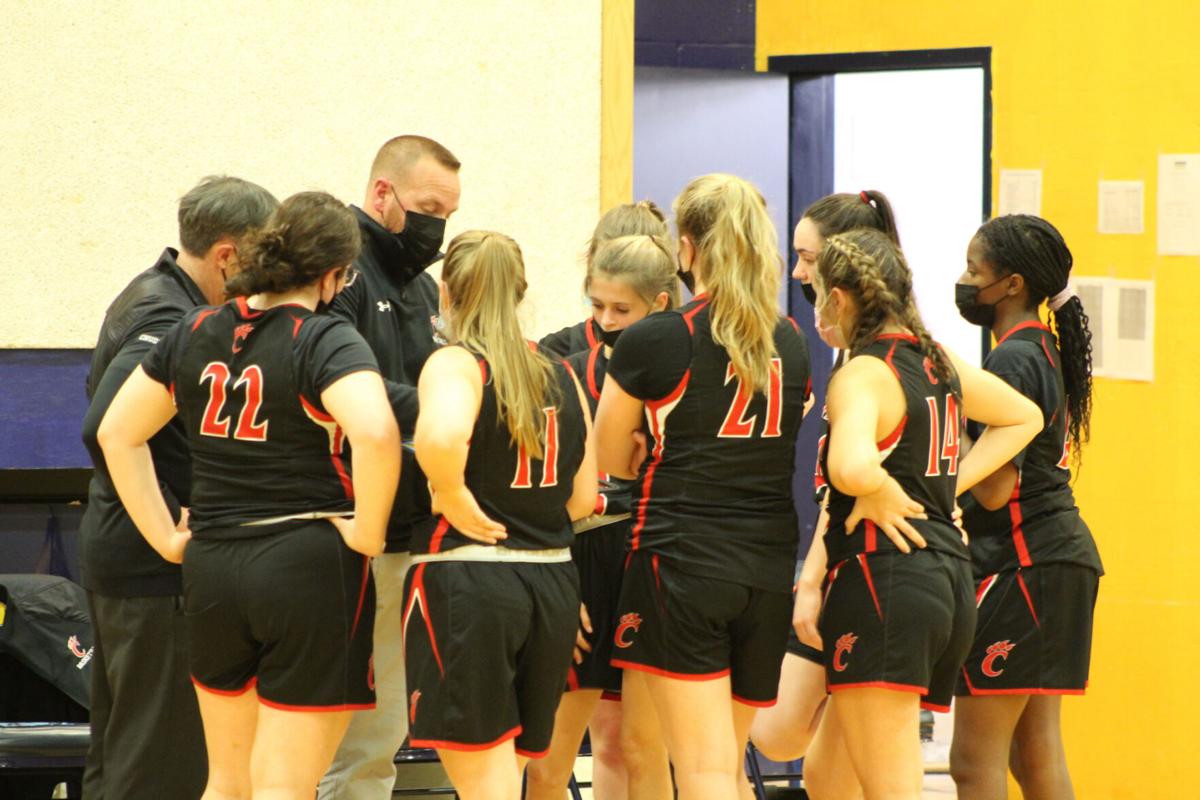 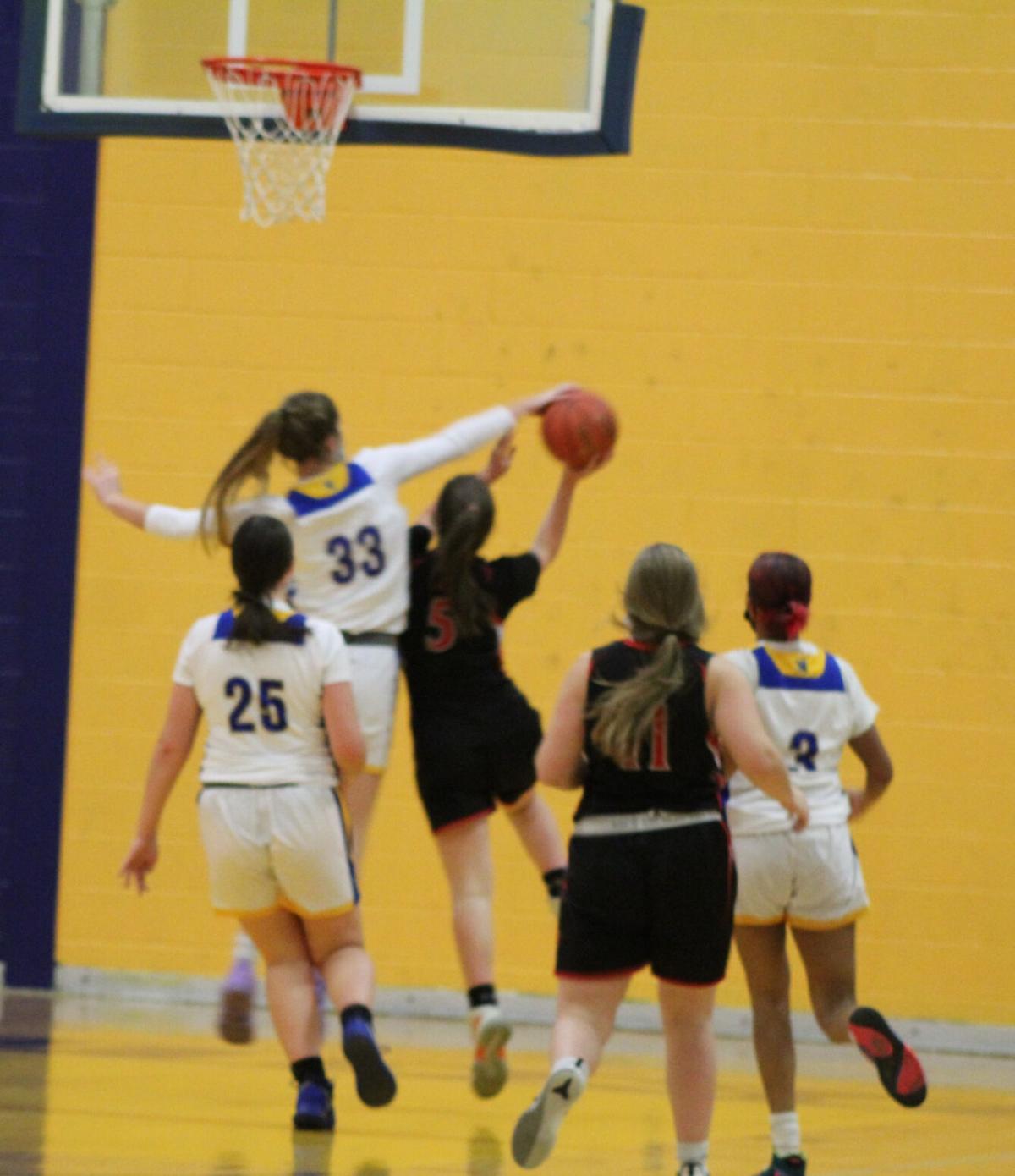 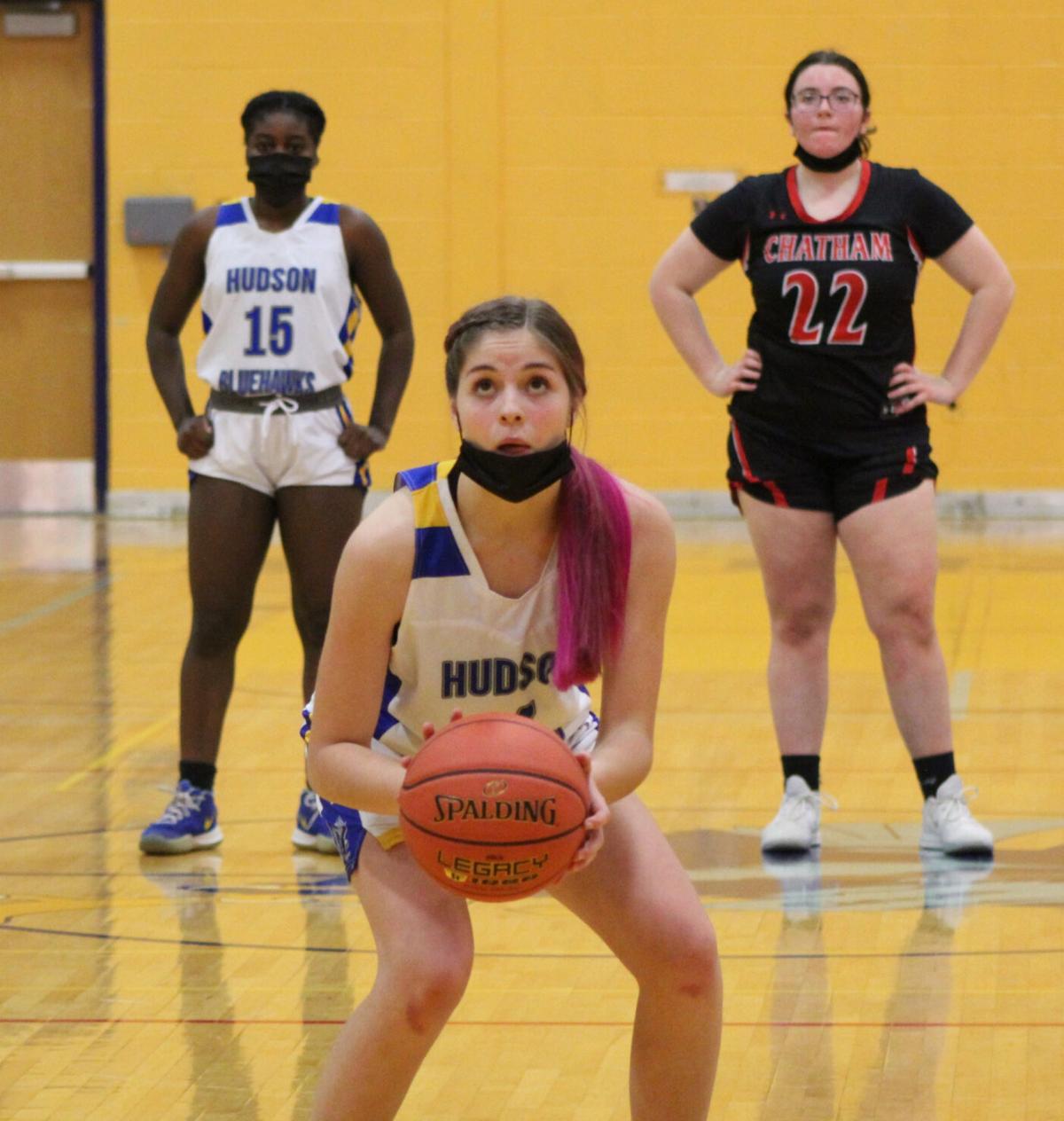 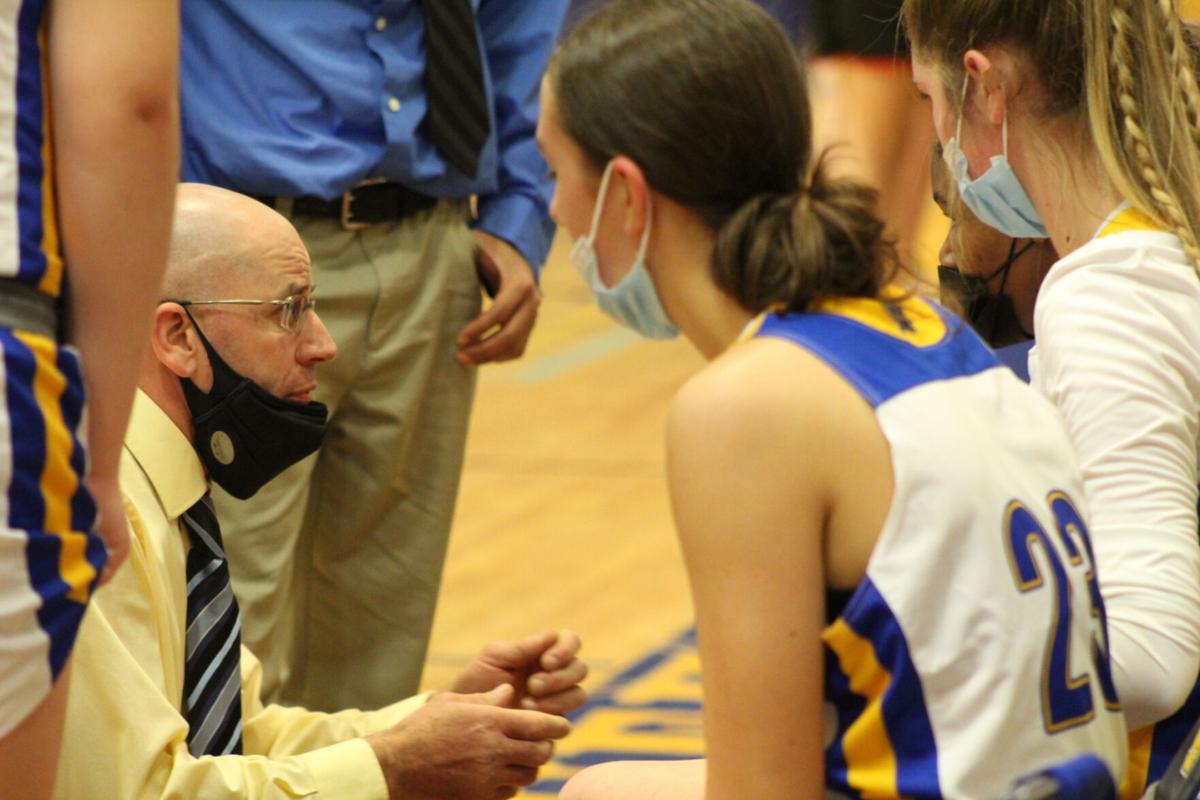 The Lady Panthers extended their winning streak to eight games thanks to the tough road win over the Bluehawks that came down to the wire. Addi Perry led the Panthers with 11 points, Ally Engel scored eight, and Olive Mountain added seven to round out the top performers of their balanced offense.

The first quarter moved very slow and each team had difficulty mounting any offense whatsoever. Chatham missed a total of five free throws in the period which did not help their cause. Ashley Harp made a long two pointer to give the Bluehawks a 6-0 lead with about a minute remaining. The Panthers finally got a basket at the end of the period, but they trailed 6-2 after the first.

Perry opened the second with a steal and a finesse move in the paint for the Panthers layup. Astoria Hampton made a shot for Hudson and was awarded the foul shot, but she missed it.

After Ally Engel tied the game at 10 for Chatham at the line, Hudson scored four more points quickly and led 14-10 with three minutes before the break. The Bluehawks were lucky that the Panthers had trouble converting extra chances into points early, because they constantly threw the ball away. Nevertheless, Hudson took a 17-14 into halftime as Chatham looked to regroup.

Logue continued her dominant defense in the paint, blocking two shots by the Panthers within the first minute of the third. After yet another emphatic swat by Gabby Logue, Erin Madsen got to the free throw line for Chatham. She made both foul shots to give the Panthers an 18-17 lead but the Bluehawks stole the lead back on the other end with a layup.

Hudson led 21-20 with 3:05 on the clock, but Chatham remained within striking distance. The Panthers stole the ball on three straight Bluehawk possessions and got buckets on the fastbreak each time to chip away and take a 26-25 lead to close out the quarter.

Early in the fourth the lead was traded back and forth multiple times, but was highlighted by a beautiful shot fake by Mountain who then nailed the short jumper for two. Both sides struggled to get clean shot attempts down the stretch as the pressure mounted.

Moore hit a floater driving into the paint for Hudson to cut the Chatham lead to 31-29. Jahnyah Armstrong knocked down a three pointer for the Panthers as their shot clock expired, but Jepsen answered with a three of her own with about a minute left in regulation.

Perry missed two crucial free throws for Chatham and Sullivan tied the game 34-34. No more shots fell in the closing seconds so they headed to overtime knotted at 34.

Jepsen opened overtime with a three pointer that sent the Hudson student section into an uproar. Logue missed two free throws but Moore hit one of two to maintain the four point lead.

The Panthers were fouled a number of times in the final two minutes of overtime however, and they took a 40-38 lead. Choudmaya Box made a layup to cut the Panthers’ lead to one point with 10.8 on the clock. However on the Bluehawks next and final possession, Box prematurely heaved the ball from way beyond the arc with over three seconds left on the clock, sending it over the basket, the backboard, and everything for a turnover.

Despite missing a whopping 22 free throws in the game, the Chatham Panthers won, 42-40, in overtime over the Hudson Bluehawks, earning their eighth straight victory a night after the boys extended their streak as well.

ALBANY — Janay Brantley recorded her second triple-double in as many games on Wednesday, leading Catskill to an 86-19 PAtroon Conference girls basketball victory over Albany Leadershhip Charter.

Brantley had 34 points by halftime and finished with 41 to go along with 12 assists, 12 rebounds and seven steals.

In two games this week, Brantley has scored 73 points, grabbed 25 rebounds, handed out 17 assists and come up with 18 steals. She is averaging 31.8 points per game this season and is 212 points away from breaking Catskill’s all-time career scoring record of 1,597 points by John O’Neil.