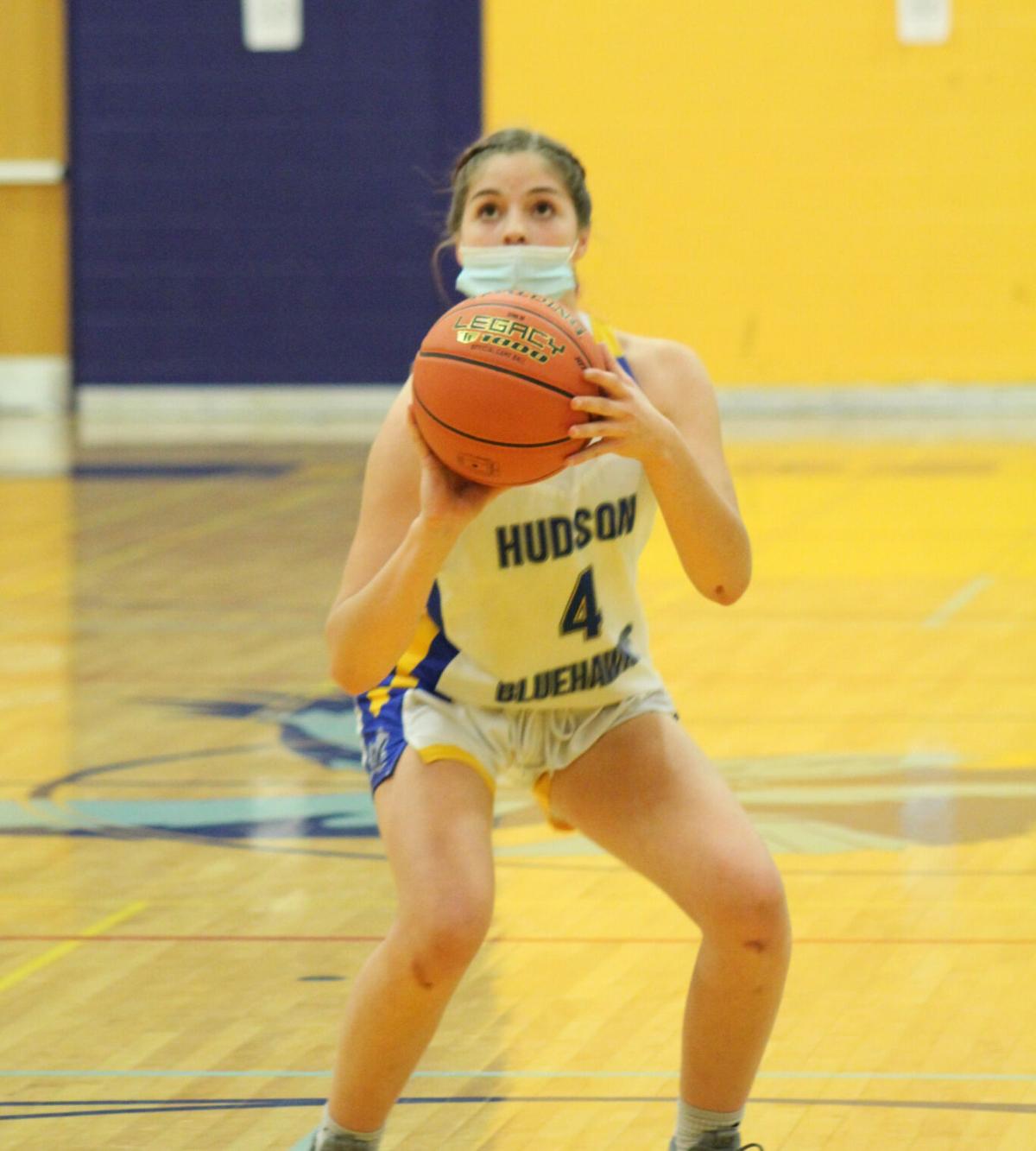 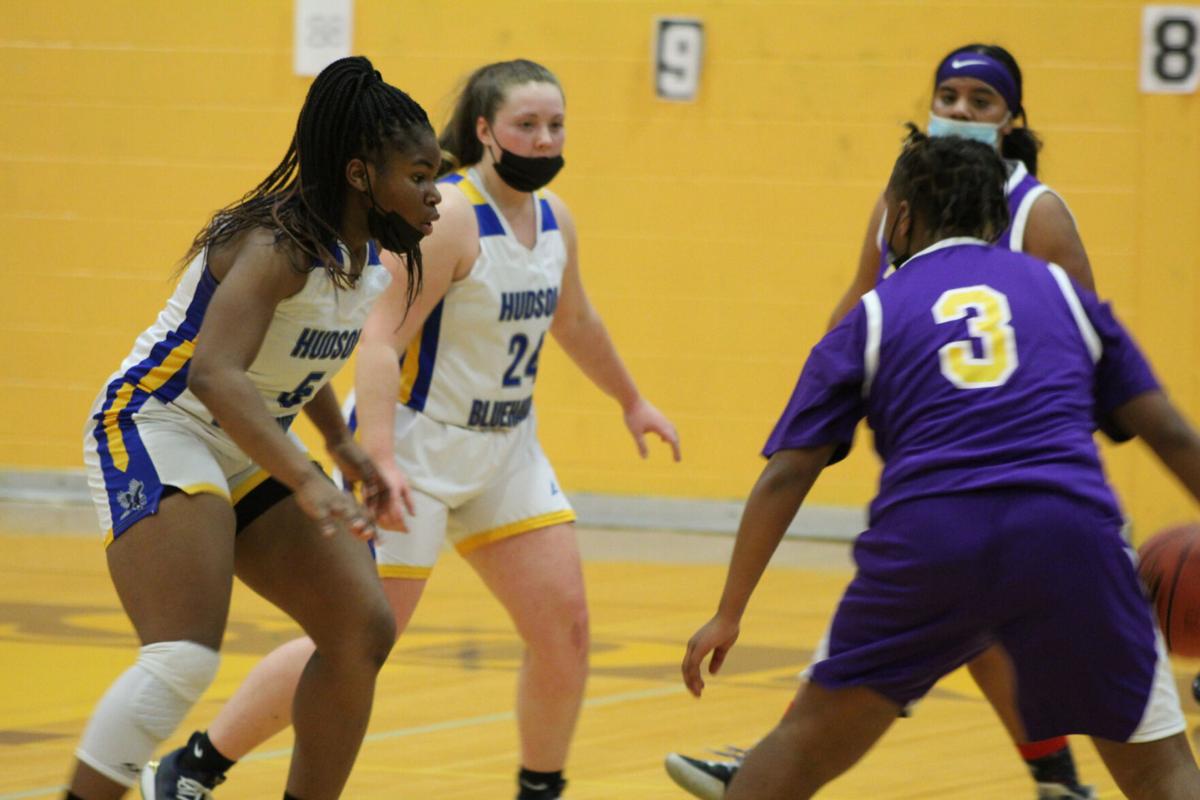 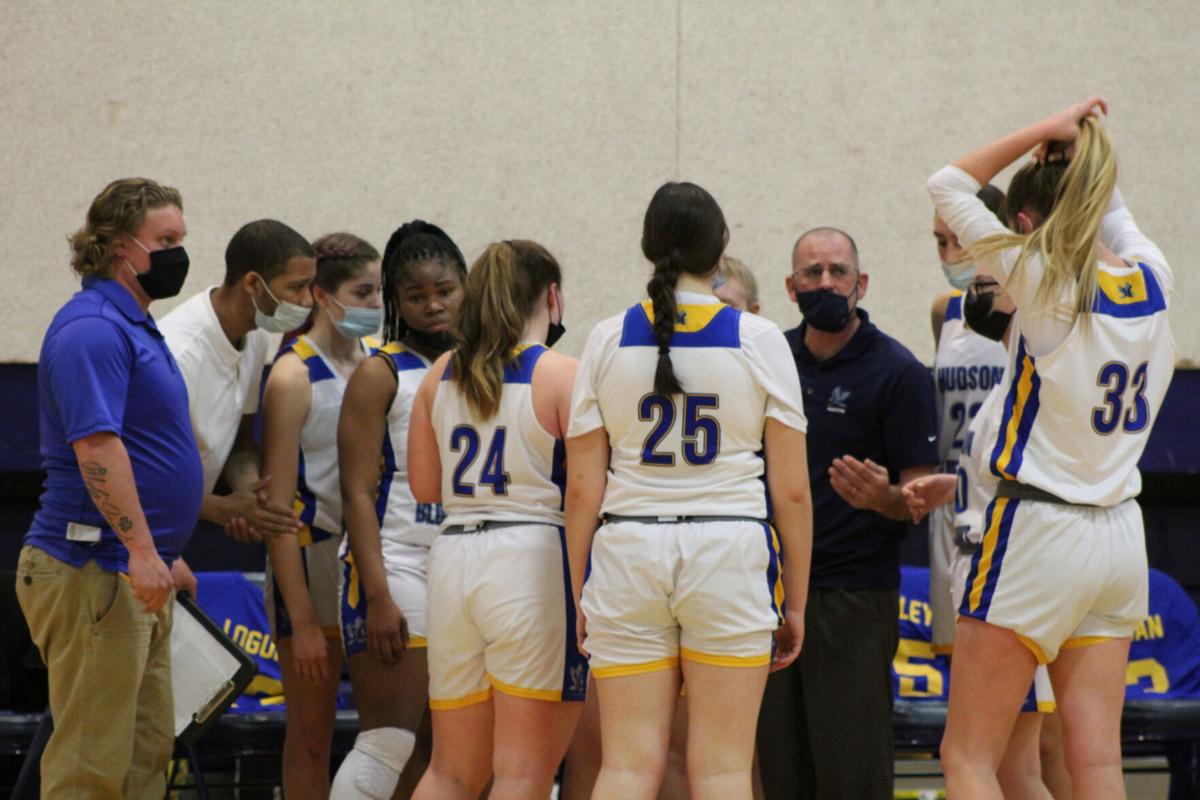 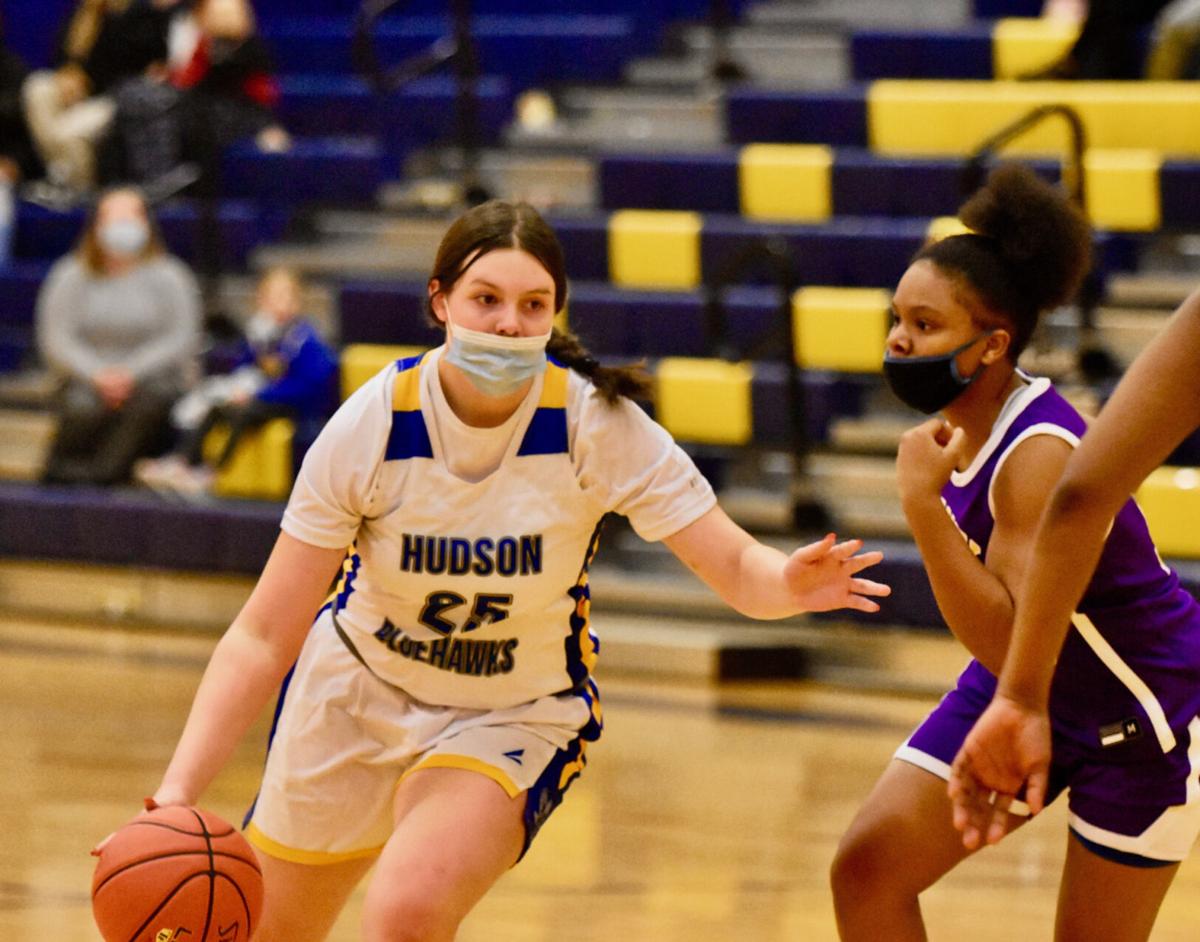 Hudson had a slow start and called a quick timeout just two minutes into the contest to refocus and refine their execution. Both sides had difficulty moving the ball down the court in the first quarter; the Panthers also made mistakes by throwing the ball out of bounds and turning it over.

Logue grabbed an early offensive rebound for the Bluehawks and made the easy layup to tie the game 2-2. Hudson’s shooting went cold for the rest of the period however, and Albany Leadership made some baskets to go up 11-4 after one.

Ashley Harp drilled a three pointer to open the second quarter for the Bluehawks as they grew more confident in their shot selection. Moore hustled in the paint for offensive rebounds on consecutive possessions for Hudson and cashed in on some second chance points to cut the Panthers’ lead to 15-13.

Harp brought it down a third time and laid it in to bring it to 16-15. Shortly thereafter, Jepsen hit her first shot of the night from beyond the arc, banking it in off the glass to give the Bluehawks their first lead of the game 18-16. Hudson kept the momentum on their side as the first half came to a close, and they took a 24-16 lead into the break.

After outscoring the Panthers 20-5 in the second quarter, the Bluehawks stayed aggressive in the third. Jepsen knocked down another three point shot and then hit both free throws at the line a minute later to widen the lead to 31-19.

Logue had a huge blocked shot in the paint as an exclamation point on the Hudson turnaround. The Panthers took a timeout with 2:24 left in the third but they were down 40-24 with the Bluehawks showing no signs of slowing down.

They did plenty with ball movement to get open shot attempts in the quarter, but the Panthers did not make enough of them to climb back in the game. Albany Leadership had the final possession in the third period, but could not get a shot off in the final seconds and Hudson took their 42-26 lead into the fourth quarter.

Both teams made a few buckets in the first minutes of the fourth, as the Bluehawks shortly made their lead even more comfortable. With 4:00 to go, Logue was fouled under the hoop and she sank both foul shots to put Hudson up by 20. With the 53-33 lead, the Bluehawks put it on autopilot the rest of the way and coasted to a 59-37 victory at home over the Albany Leadership Panthers.