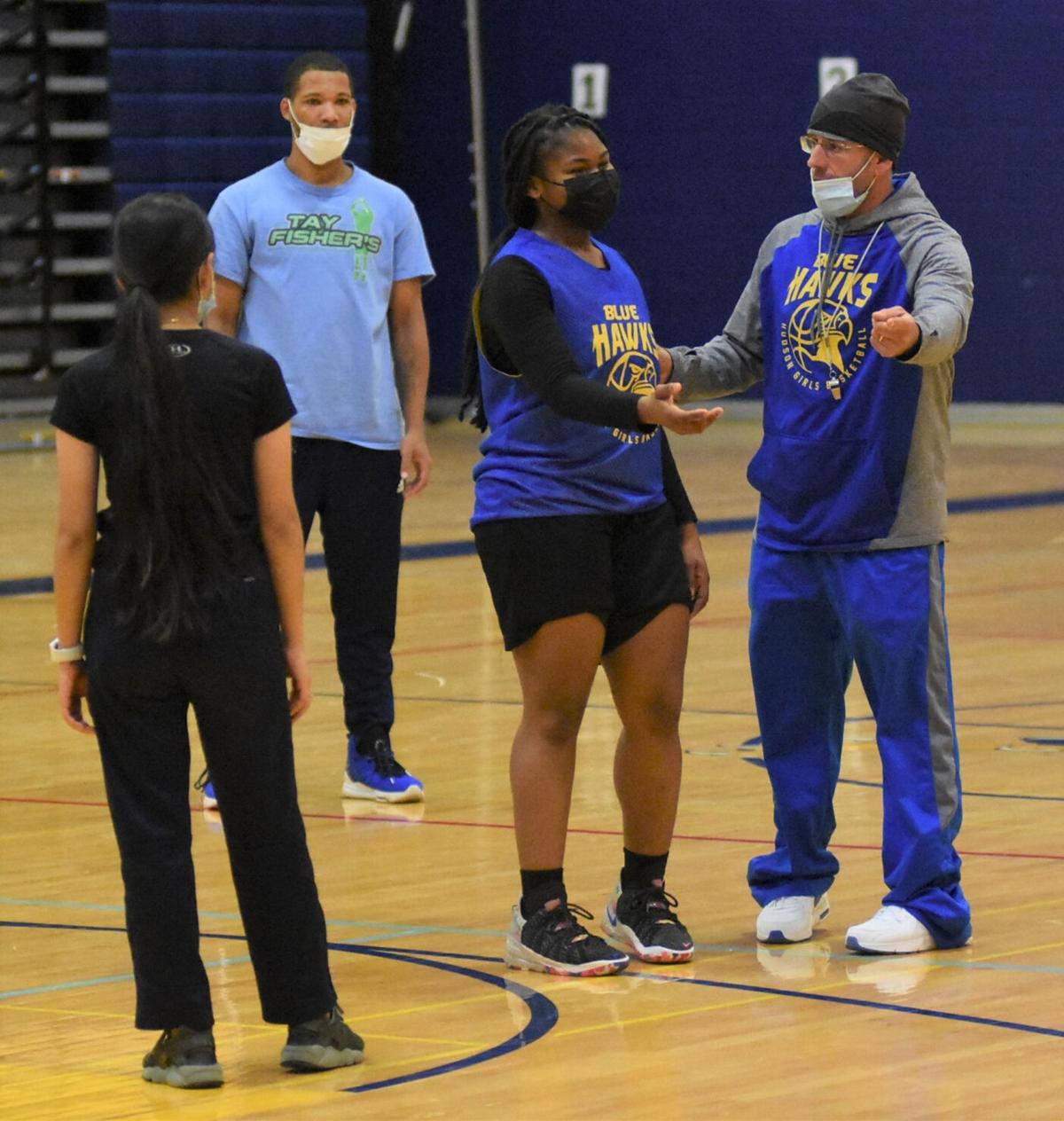 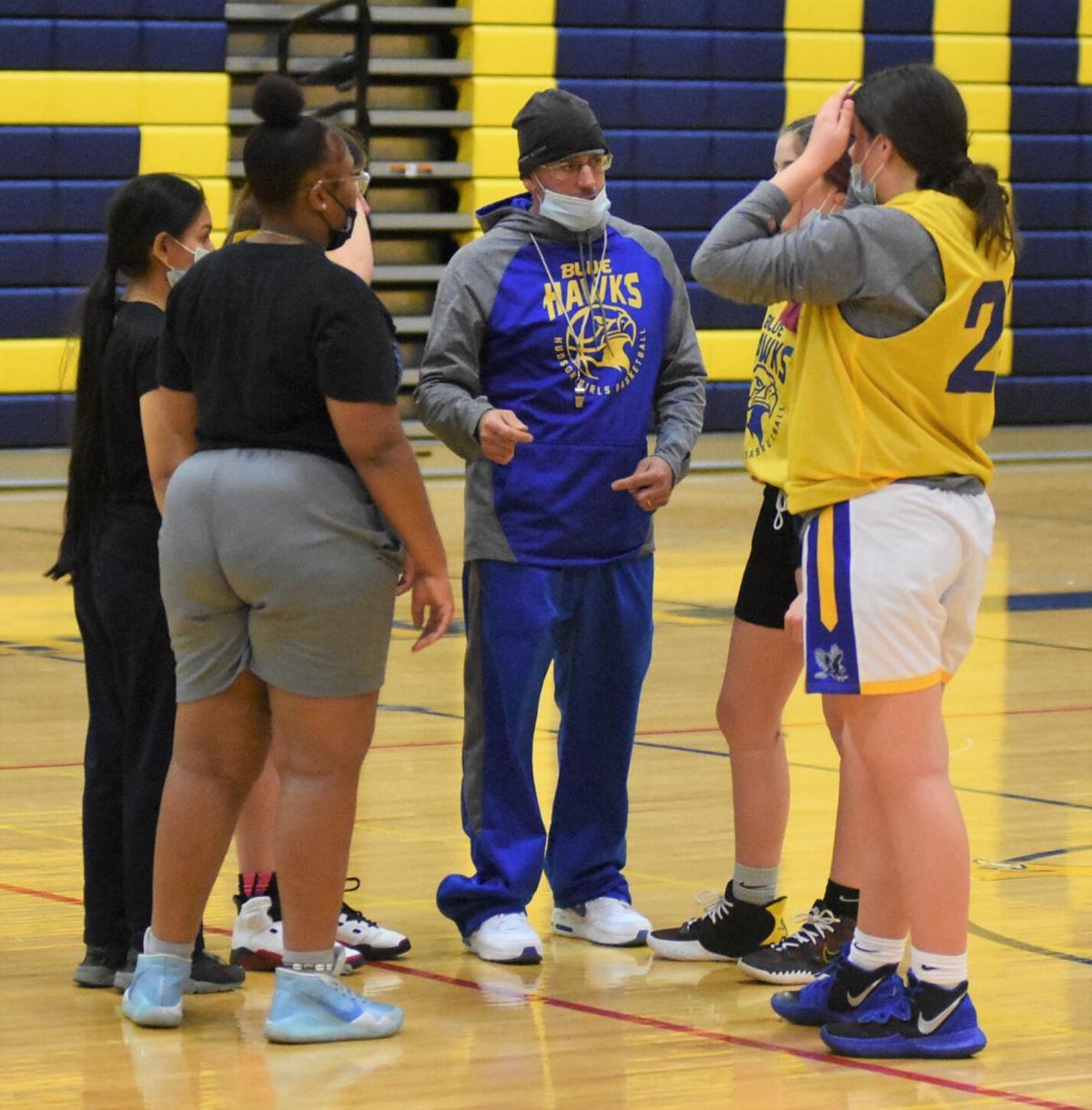 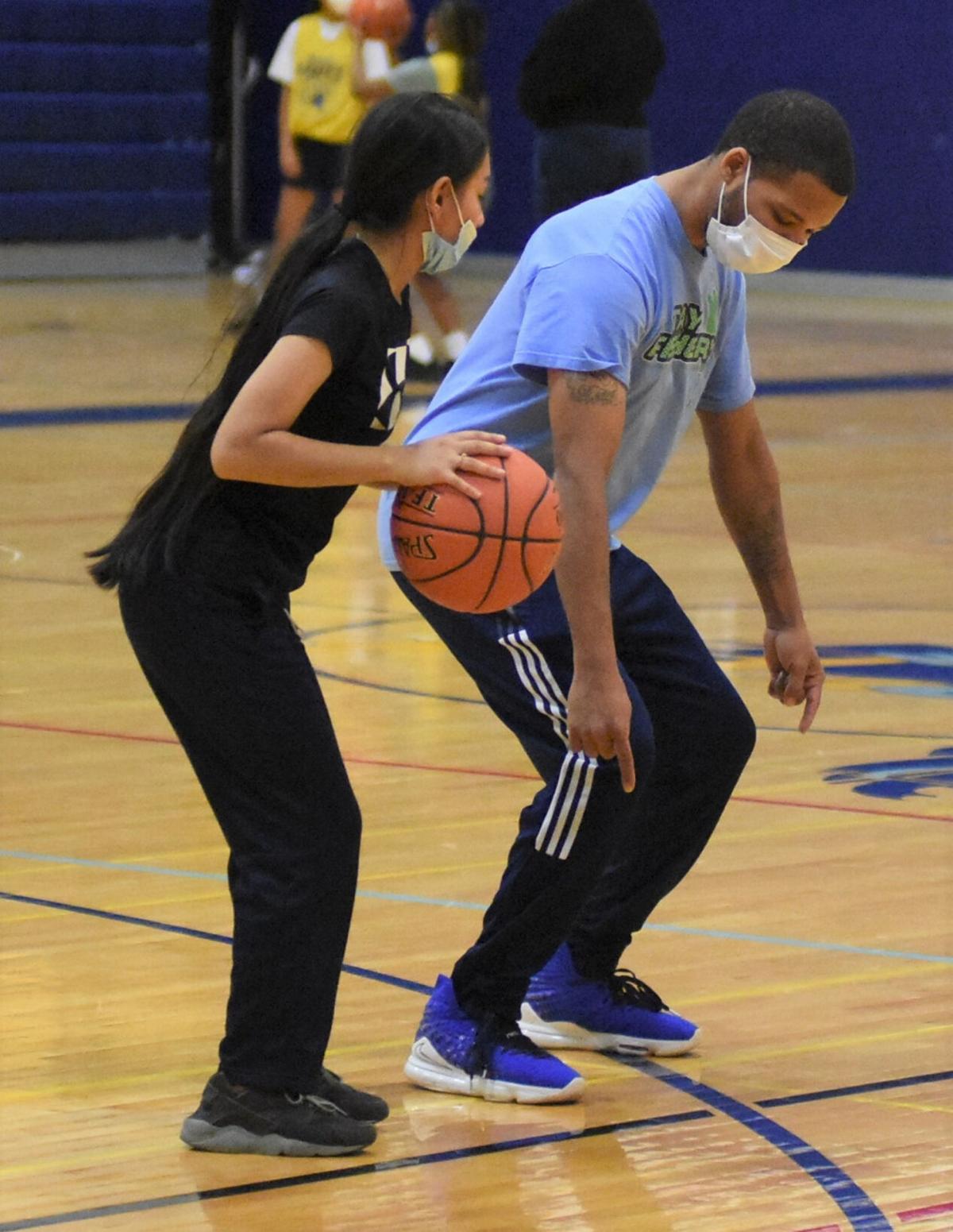 HUDSON — Mike Dianda would be the first to tell you he has big shoes to fill as Hudson girls varsity basketball coach, but he’d also tell you he’s more than up for the challenge.

Dianda replaces Brice Ivery, who stepped down after a successful seven-year run as the Bluehawks’ coach.

Dianda is no stranger to the Hudson girls program, having coached the JV team for the past six years. He also runs the Hudson Hawks AAU team in the spring and summer months.

“First of all, I want to wish Brice the best,” Dianda said. “He was a mentor to me and helped me get to where I am. My plan is to not disappoint Brice and keep the girls program going strong.

“I’m going to try run a tight ship like he did. He taught me attitude, everything. You have to have a perfect picture and sometimes it’s hard, but you have to keep it that way to see the big picture down the road.”

Coaching at the AAU level has helped Dianda get better acquainted with his players’ abilities and those of the players they’ll be facing in the Patroon Conference.

“I run a program for the girls over the spring and we go about 10 weeks,” Dianda said. “It’s not only for the Hudson girls. One goal when I started AAU was to make the Patroon Conference stronger. That’s always been my goal. So I have girls from Catskill playing, Taconic Hills, Coxsackie-Athens, a couple of girls from Cairo-Durham. I was coaching JV at the time, this came up and I jumped on it. I’m happy and like everything that’s going on right now.”

Dianda has brought in Jovan Lewis from the AAU program to be his assistant coach this year.

“Jovan worked with me in AAU the past couple of years and worked with some of these girls coming through,” Dianda said. “We work really well together, he’s got a great attitude and he loves basketball. He’s a little younger than me so I can get him out there to play a little one on one with some of these girls and he makes them work, just like I do. I’m glad he’s with me.

Hudson will have new coaches at all tree levels of its girls basketball program this year as Jason Peck replaces Dianda as the Bluehawks’ JV coach and Jahnessa Mackey takes over the modified program.

“Jason Peck is coming up from modified, he’s excited, too,” Dianda said. “I did a lot with him in his modified days and took time to sit with him in his games. I helped him out as much as I could. The newcomer is Jahnessa Mackey. She’ll be coaching modified and I’m proud of her.

“We have a good core of people right now. We’ve all been working together, going to each other’s practices. We help each other, we feed off of each other and we’re just trying to feed what we have on to these girls to make a good solid season.”

Defense has been a strength of Hudson teams through the years and Dianda doesn’t see that changing going forward.

“I like to play up in your face, I like to press a lot,” Dianda said. “I’m changing the way I coach a little bit. I used to love to run the 3-2 and I know it’s varsity level now so we have to be able to mix everything in and play a zone at times, you have to play man-to-man. I’m going to start calling the things on the dime, on the fly and the girls are starting to get used to that right now.”

The Covid-19 situation has affected many winter sports teams, with Columbia County requiring players get vaccinated in order to play. Dianda says that has not been issue with his squad.

“It really hasn’t affected varsity or JV too much,” Dianda said. “What I had come out, I had 12 girls come out. Jason for JV has numbers. He has 11. We’re kind of hurting for numbers on modified and we’re trying to work on that now. I’m trying to get Jahnessa some numbers.

“We’re trying to recruit kids, but that comes with the job when you’re the varsity coach. A lot people don’t know behind the scenes what everybody does as coaches. There’s a lot more to it than just coming out and coaching.”

Dianda is pleased with the team’s effort through the first few practices.

“We have girls that can play so we can sub. Hopefully, some of the teams that don’t have numbers, we can outlast them by subbing in and subbing out. That’s going to help me. I’m really looking forward to getting the season started.”

The Bluehawks lost some key players to graduation, but Dianda feels if everything comes together, this year’s team will hold its own with anyone.

“We’ll compete with anybody. If I had to pick a team that I think is going to win the Patroon this year I’m going with Greenville. Greenville’s tough. We played them last year and they have a good group of girls over there. Even if Greenville is the toughest, we’re going to give them a dogfight.”

Hudson opens its season with a home game against its arch-rival Catskill on Wednesday. JV action tips off at 5 p.m., with the varsity game to follow at 6:30.