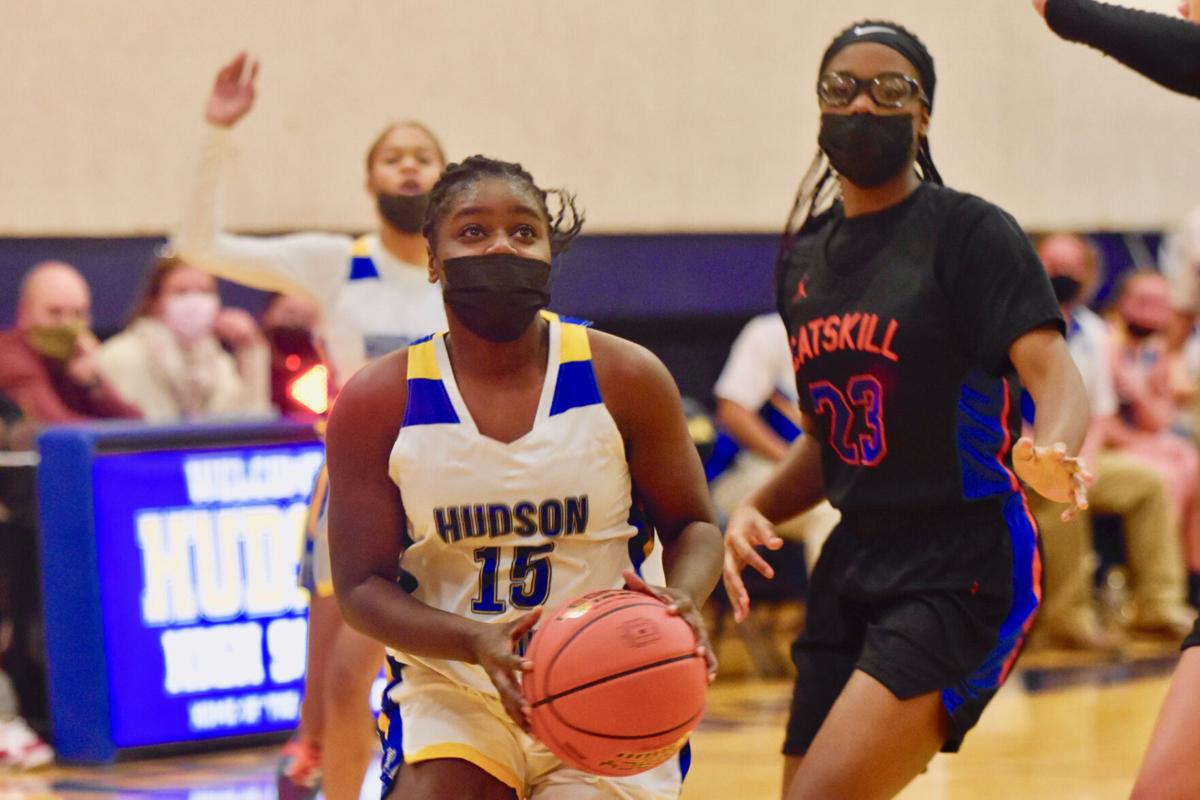 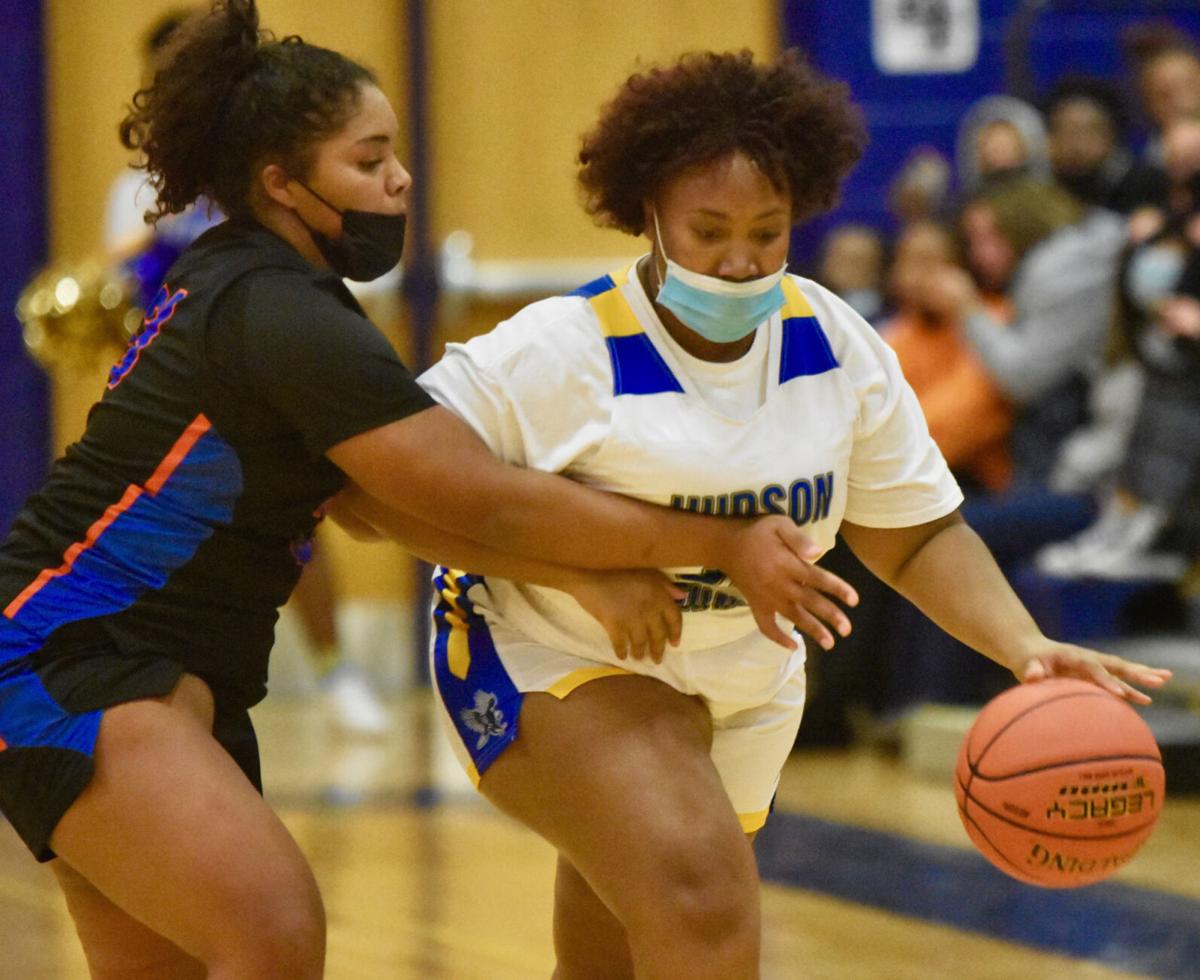 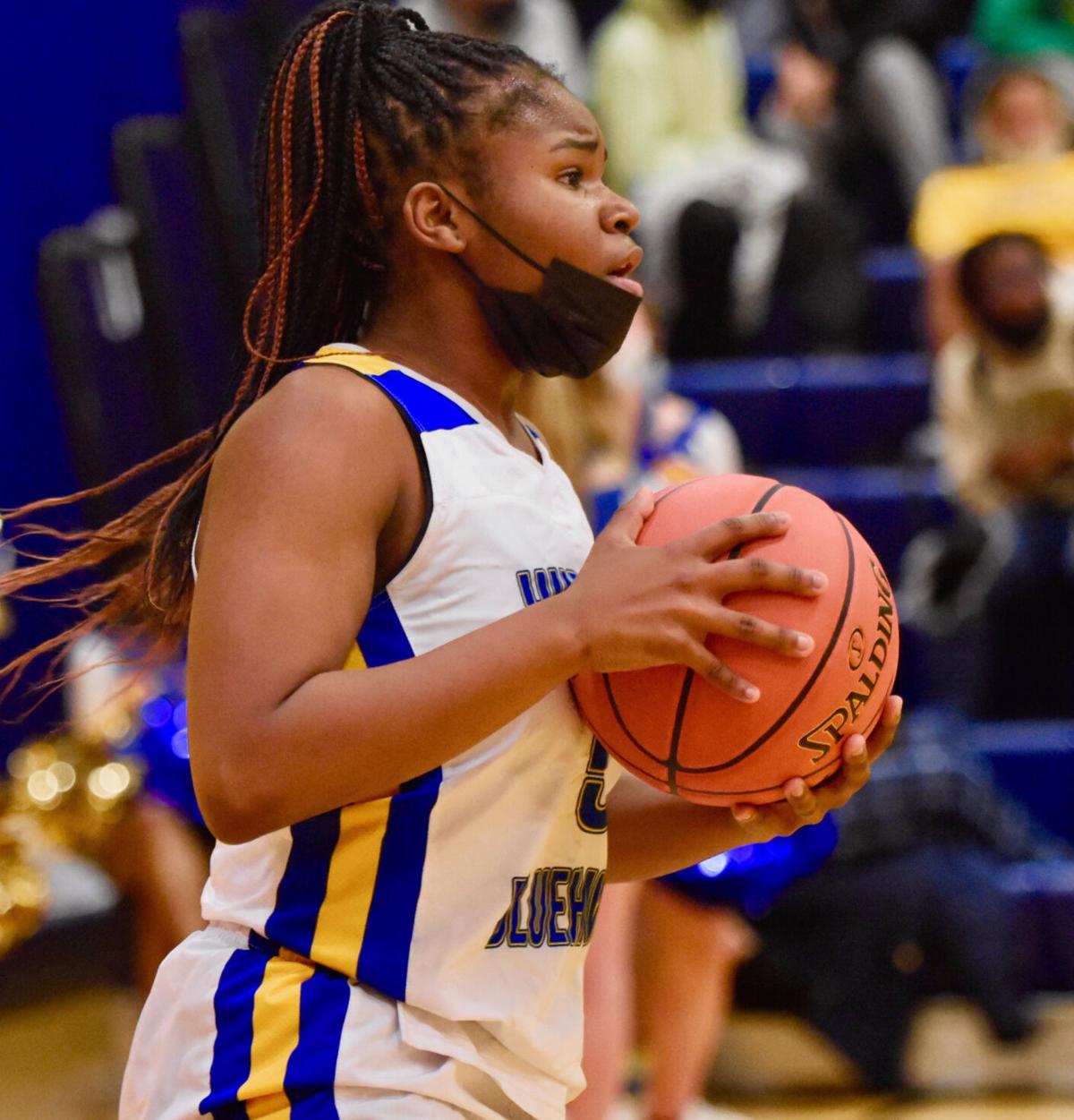 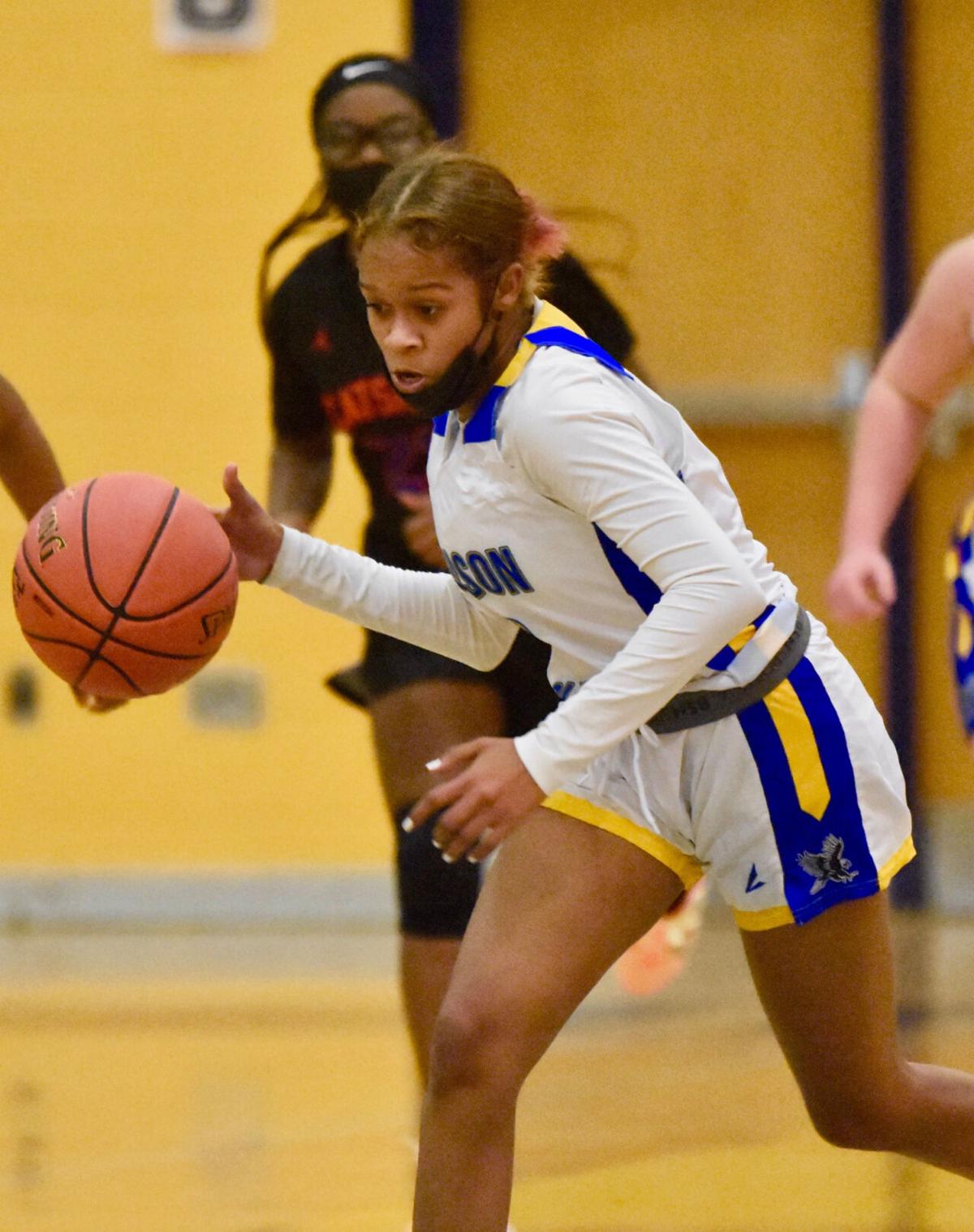 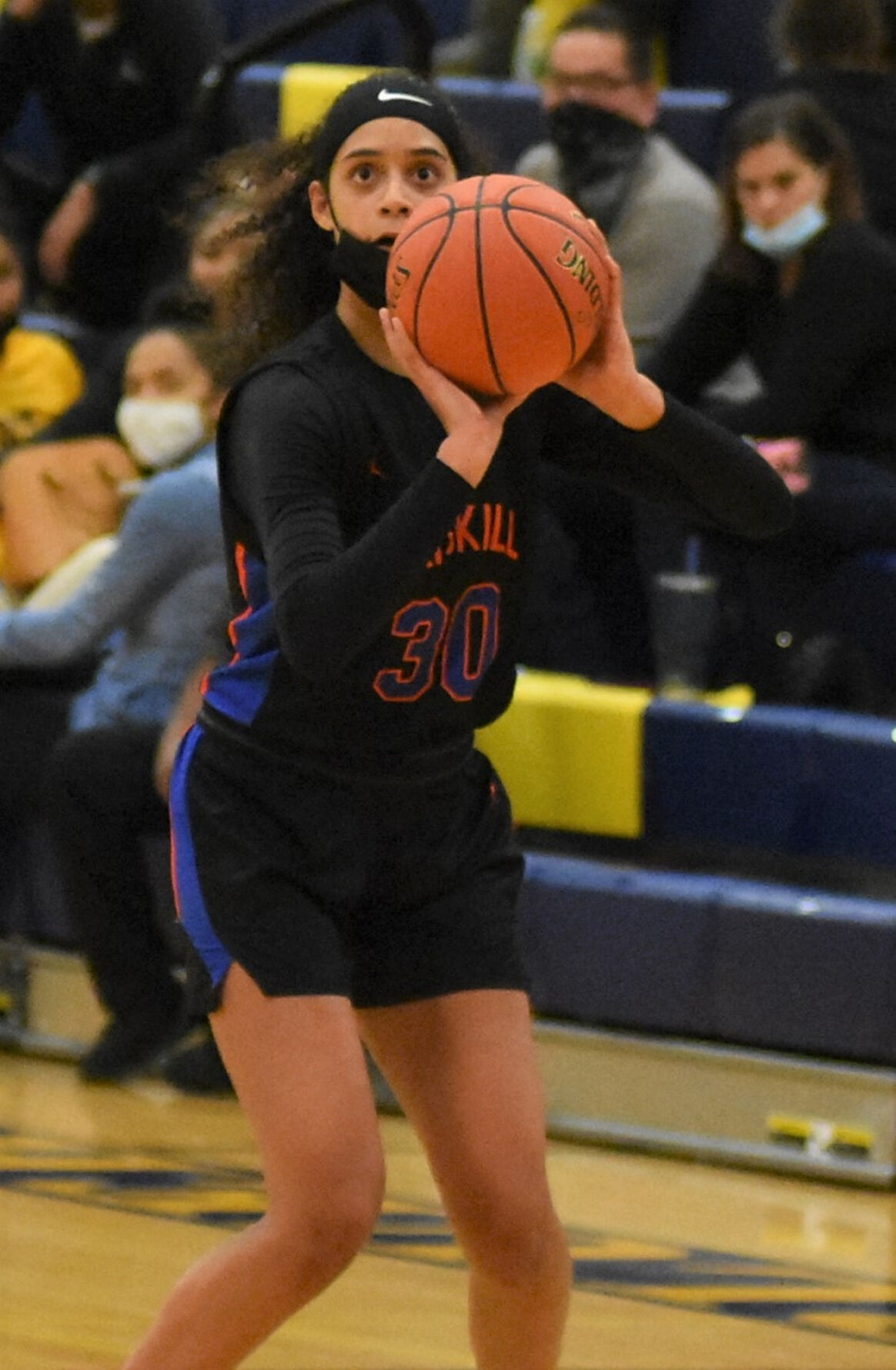 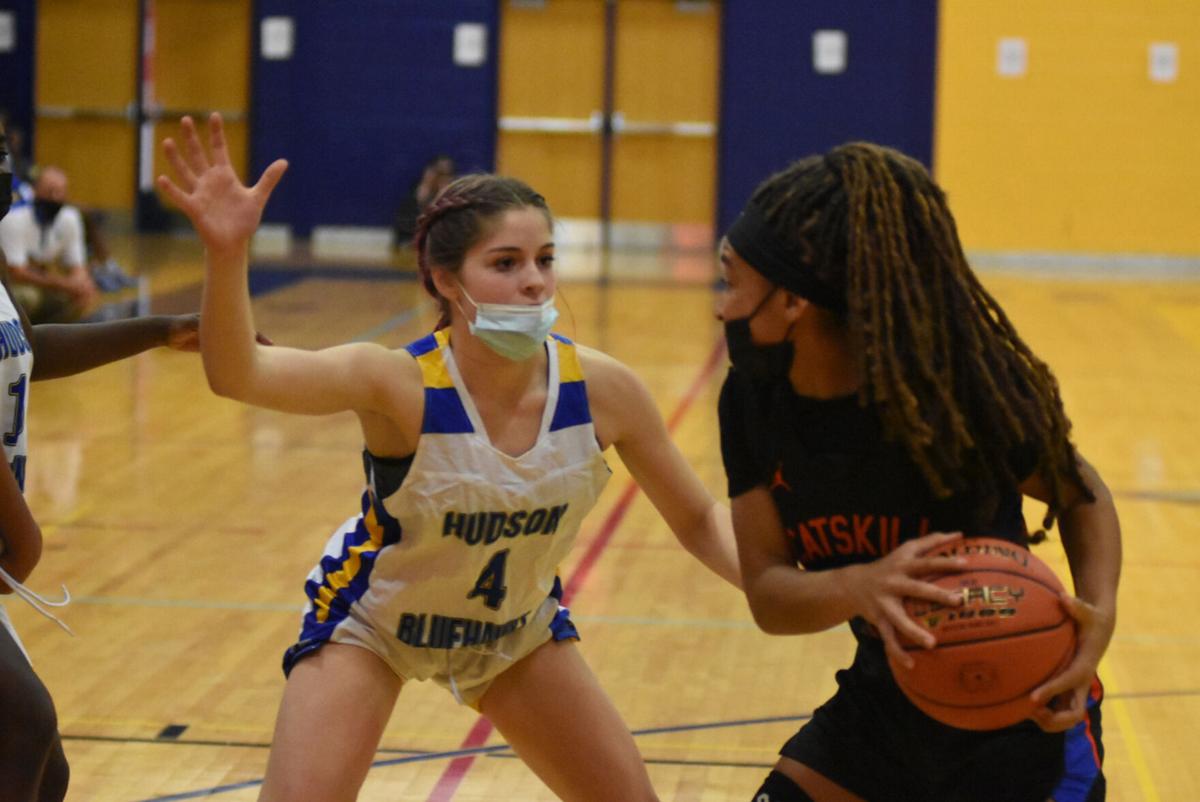 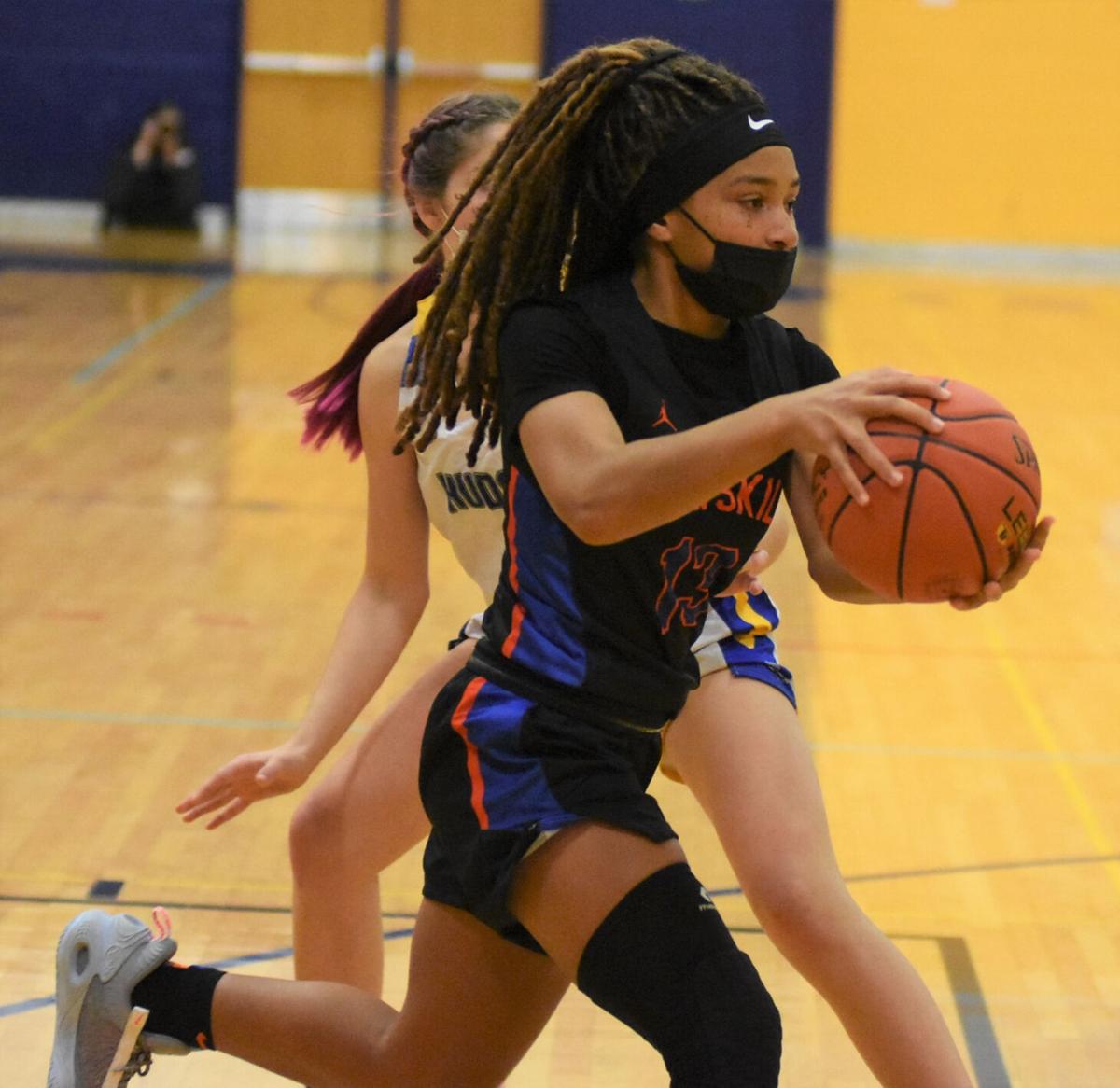 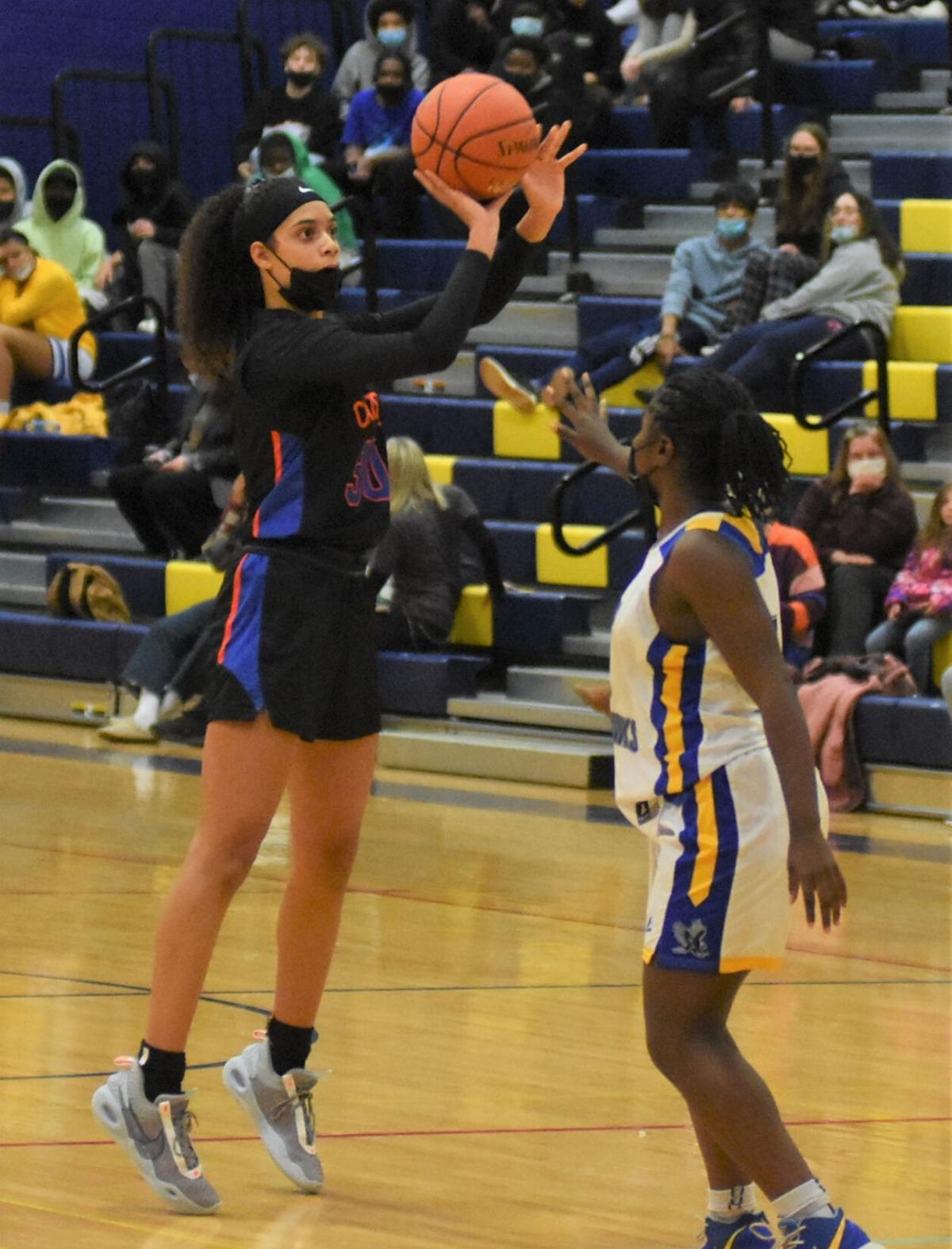 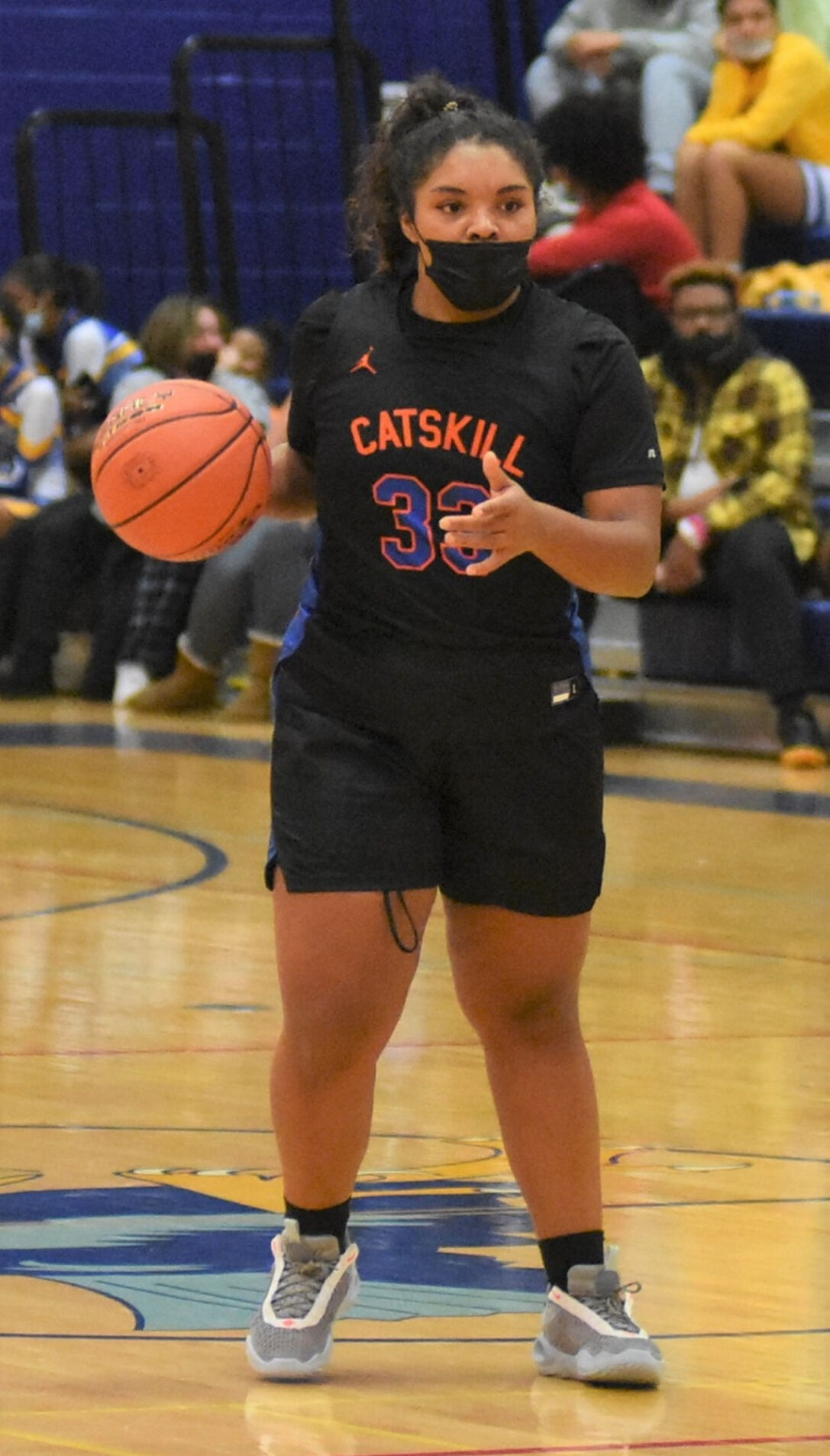 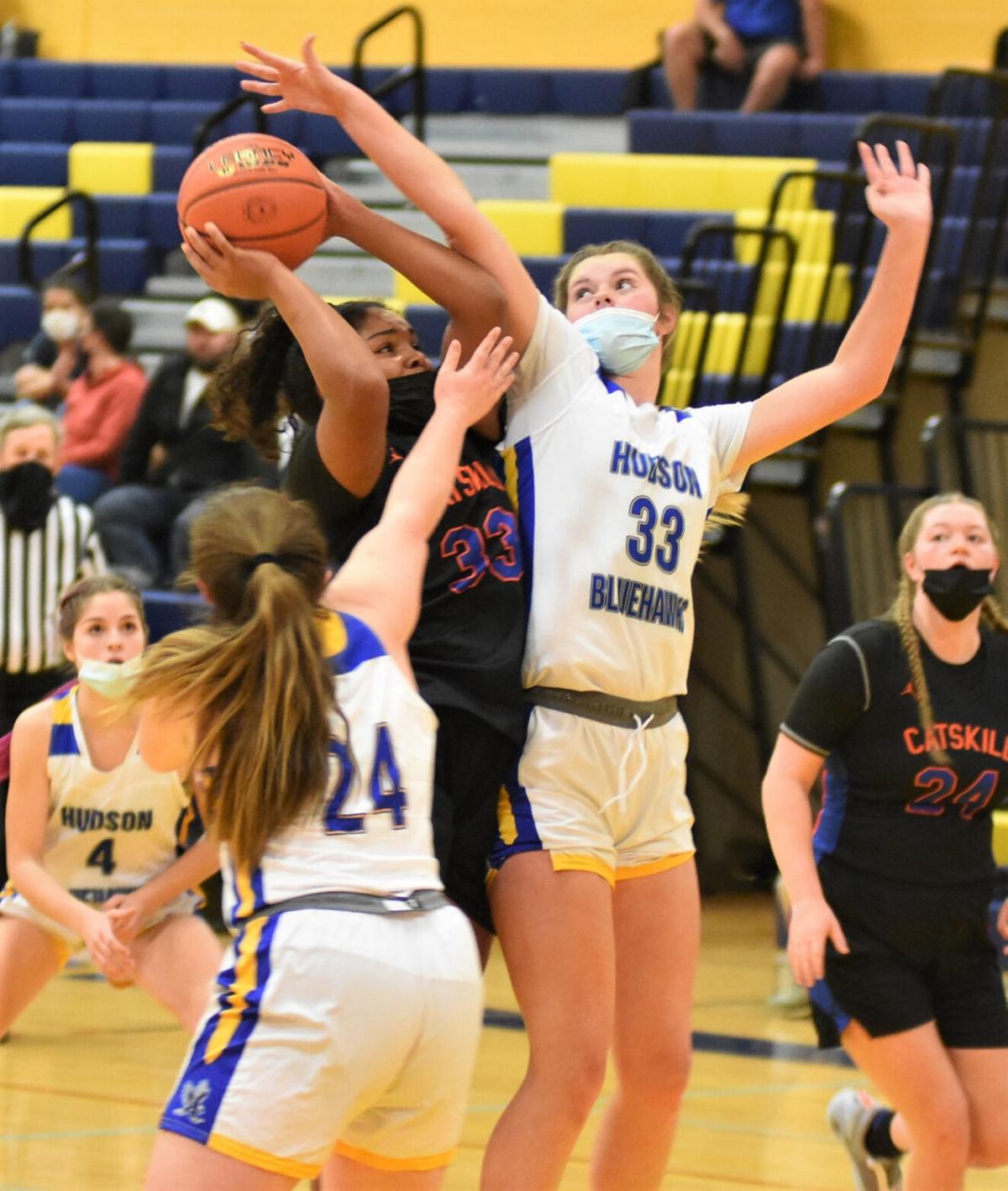 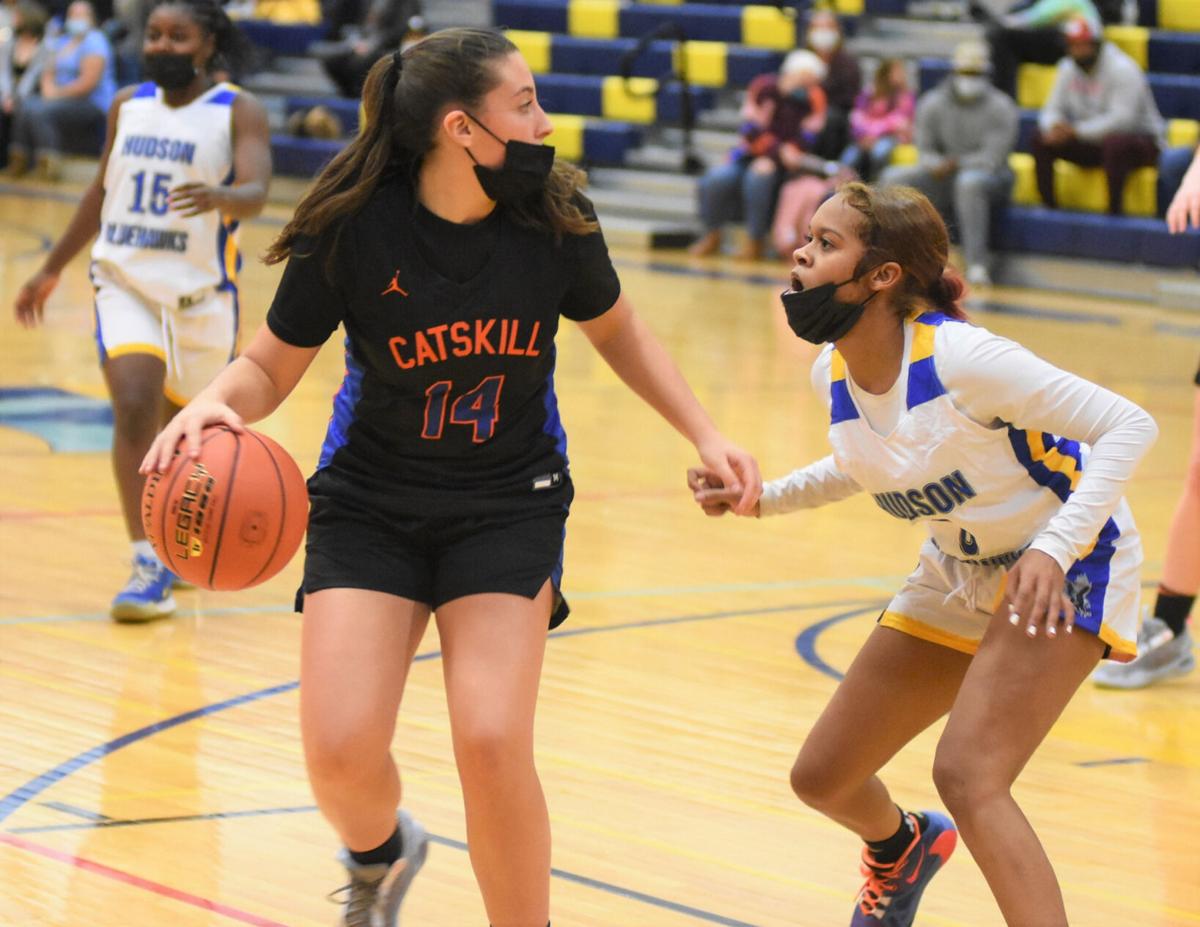 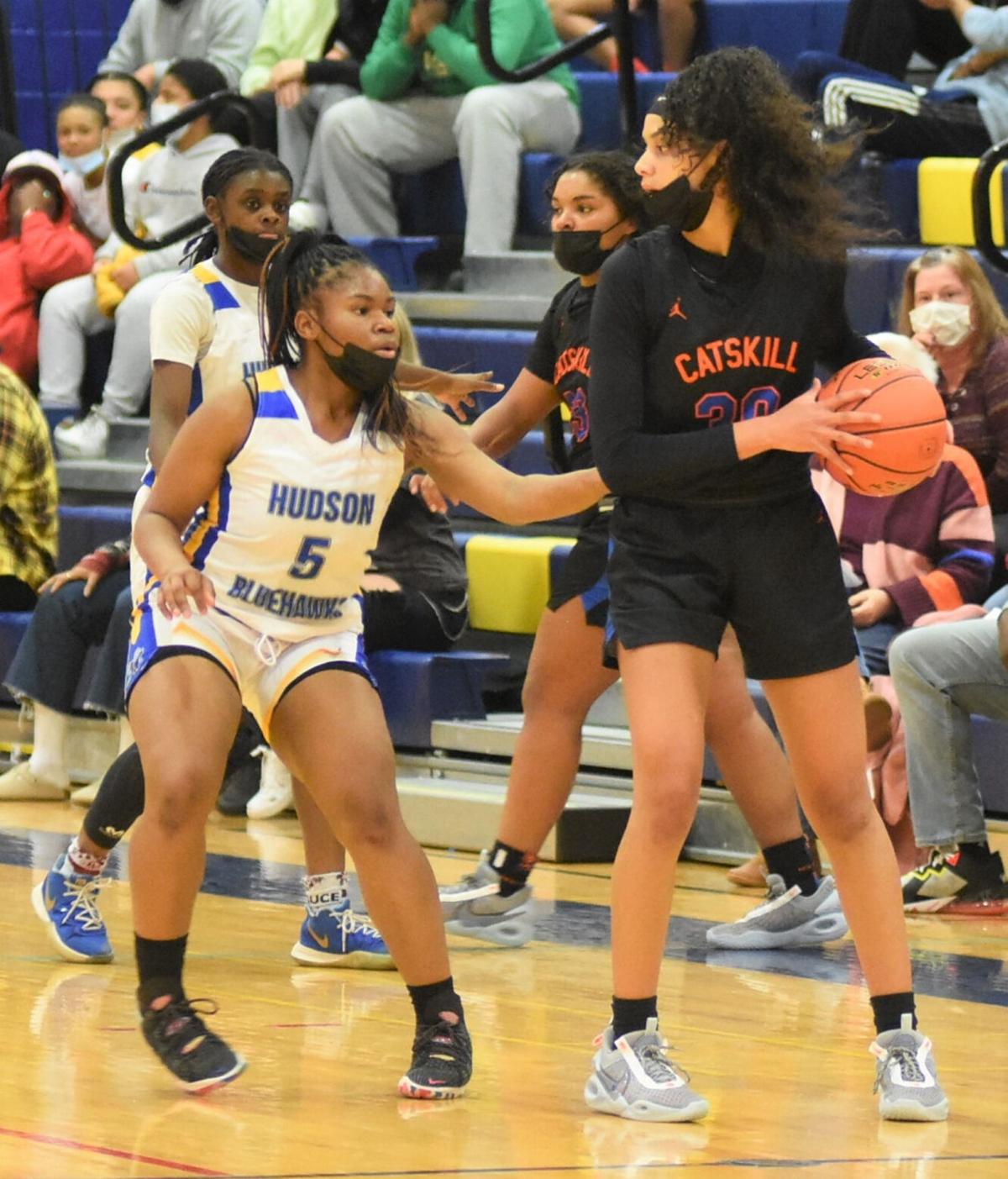 HUDSON — The Catskill Cats opened the 2021-22 Patroon Girls Basketball season with a 70-31 road win over the Hudson Bluehawks. Janay Brantley was dominant on the court with 35 points to lead all players, including a 17-point third quarter that helped the Cats pull away.

“We were a little sluggish from the beginning, I think nerves kicked in right away until we settled down,” Catskill coach Chris Quinn said. “We all pressed a little bit, but once we settled into our game, we have girls that can make shots and they started doing that. First game out, I’m very pleased with the effort they gave so it’s all good.”

In the opening minute Brantley was involved in a collision with Choudmya Box of Hudson that sent both players to the ground. However they got to their feet after a brief pause and play resumed.

The game got off to a rough start for both teams as they played aggressive from the opening tip. After getting their legs underneath them the teams settled into the game and it was close the rest of the quarter. Brantley beat the buzzer with a layup to give the Cats a 13-11 lead after one.

Brantley hit a perfect floater in the beginning of the second period that banked off the glass and through the net for yet another bucket. Both teams were still a bit shaky in the second quarter with Catskill ahead 17-11.

The Cats then knocked down a few three pointers as their confidence grew and they went up 30-15 at the end of the first half.

Brantley came out of the break firing on all cylinders, scoring the Cats’ first eight points of the quarter to jumpstart their offense. Before the Bluehawks knew it the Cats went on a 15-0 run to start the third and were up, 45-15.

Catskill dialed up their defense in the second half and stole a number of inbound passes and pressed Hudson in the backcourt to force turnovers that led to easy baskets.

Brantley hit a three-pointer near the end of the third period and the Cats took a 56-23 lead into the fourth after a 26-point quarter.

The defensive intensity came naturally for Catskill to ride out the rest of the game as they held Hudson at an arm’s length in the final period. The Catskill Cats came away with a 70-31 over their rivals the Hudson Bluehawks on the opening night of the season on the road.

After scoring 14 points in the first half, Brantley added 21 more in the second for the Cats.

“Tonight, early on, she pressed her shot a little bit, but at halftime I told her to settle down and play her game,” Quinn said. She can get to the basket at will. The girls play off her well and the girls around her have the ability to score now, which as we go, is going going to bode well for us.

“I’m just glad my girls came out and played hard, got over the jitters and then put the foot on the gas pedal a little bit.”

Catskill hosts Cairo-Durham on Friday at 5 p.m., while Hudson entertains Taconic Hills on Friday at 6:30 p.m.