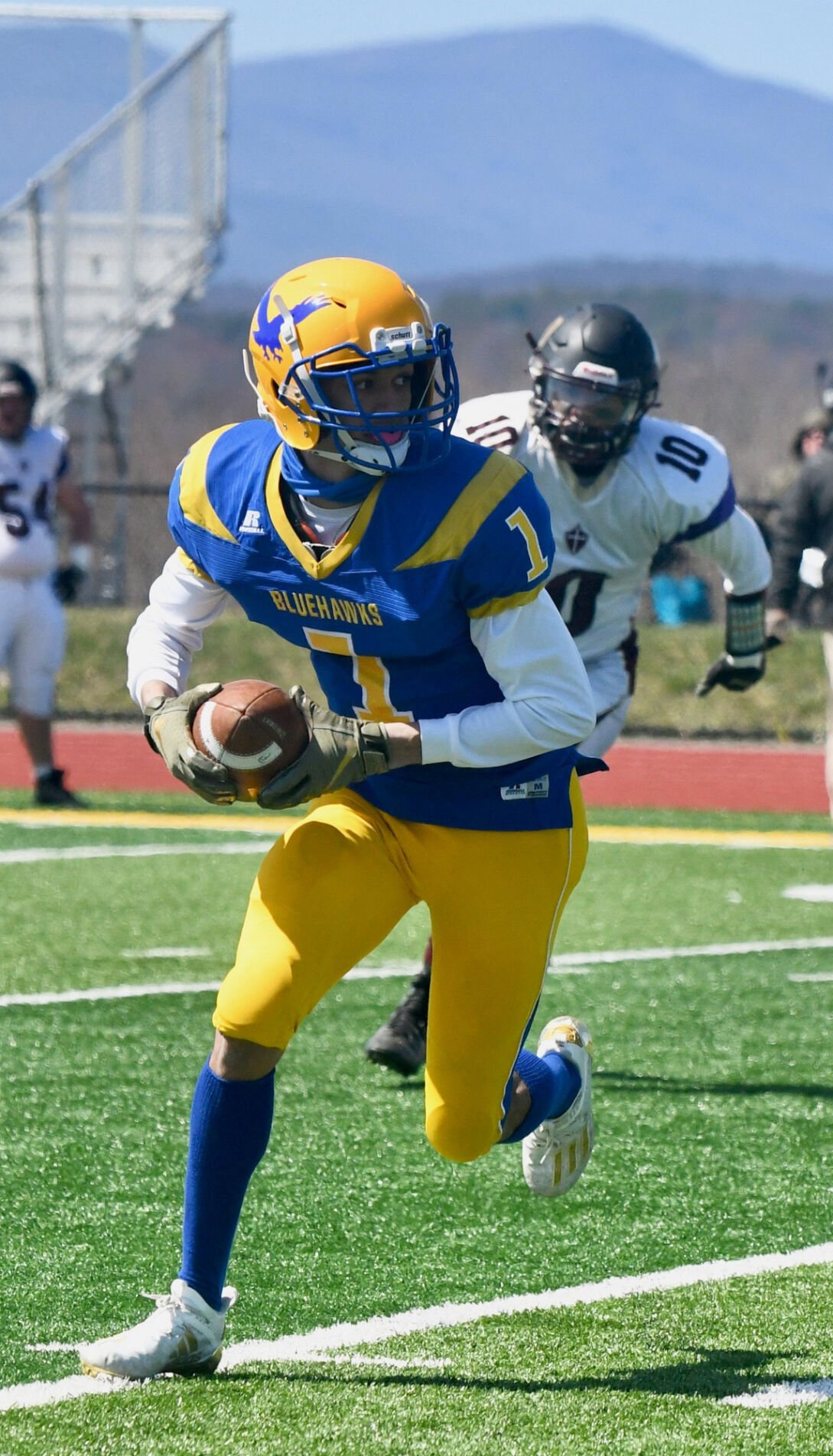 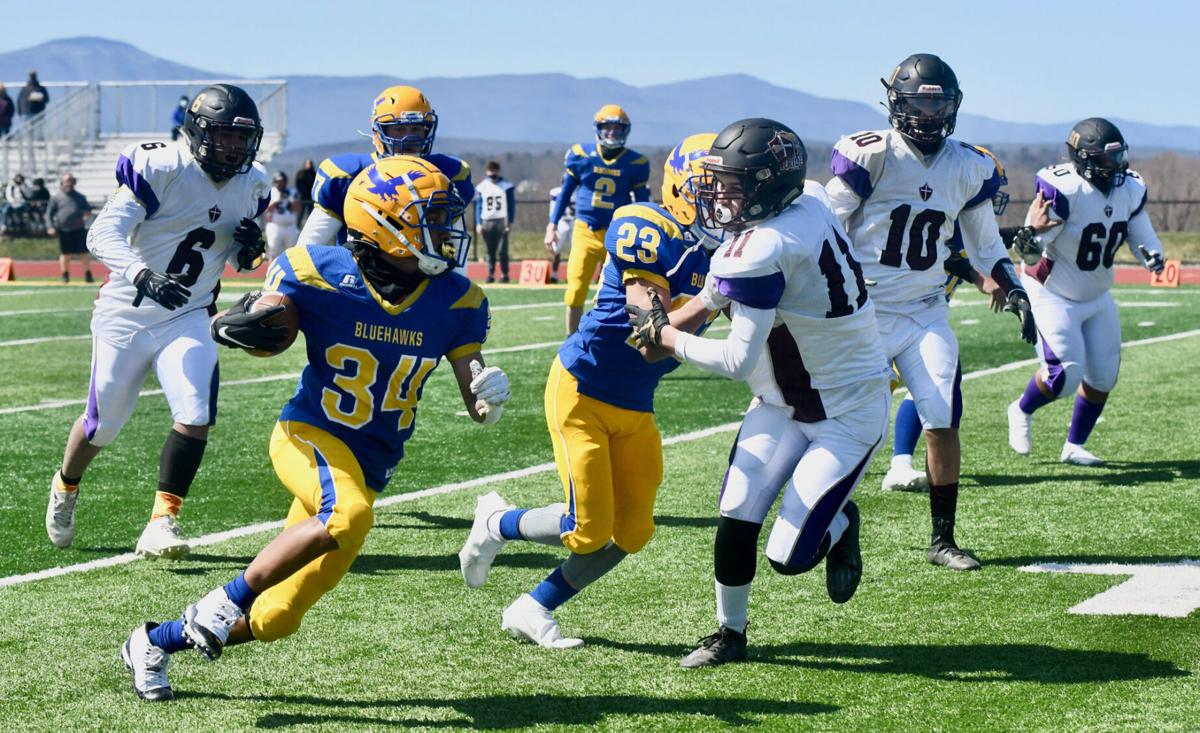 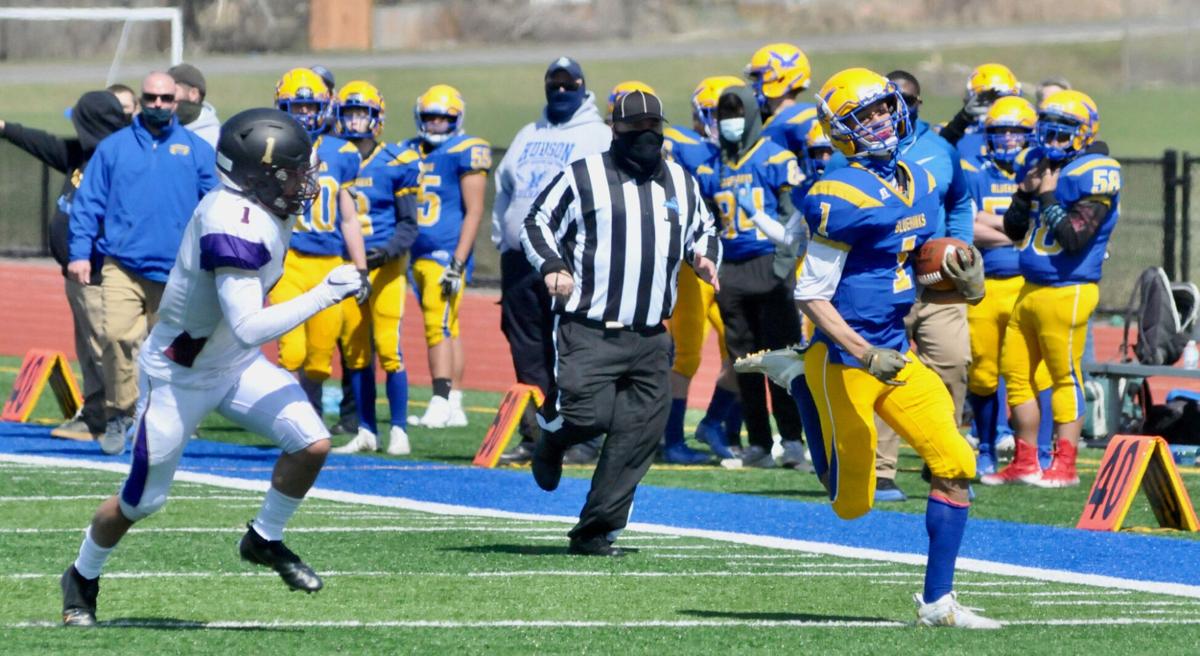 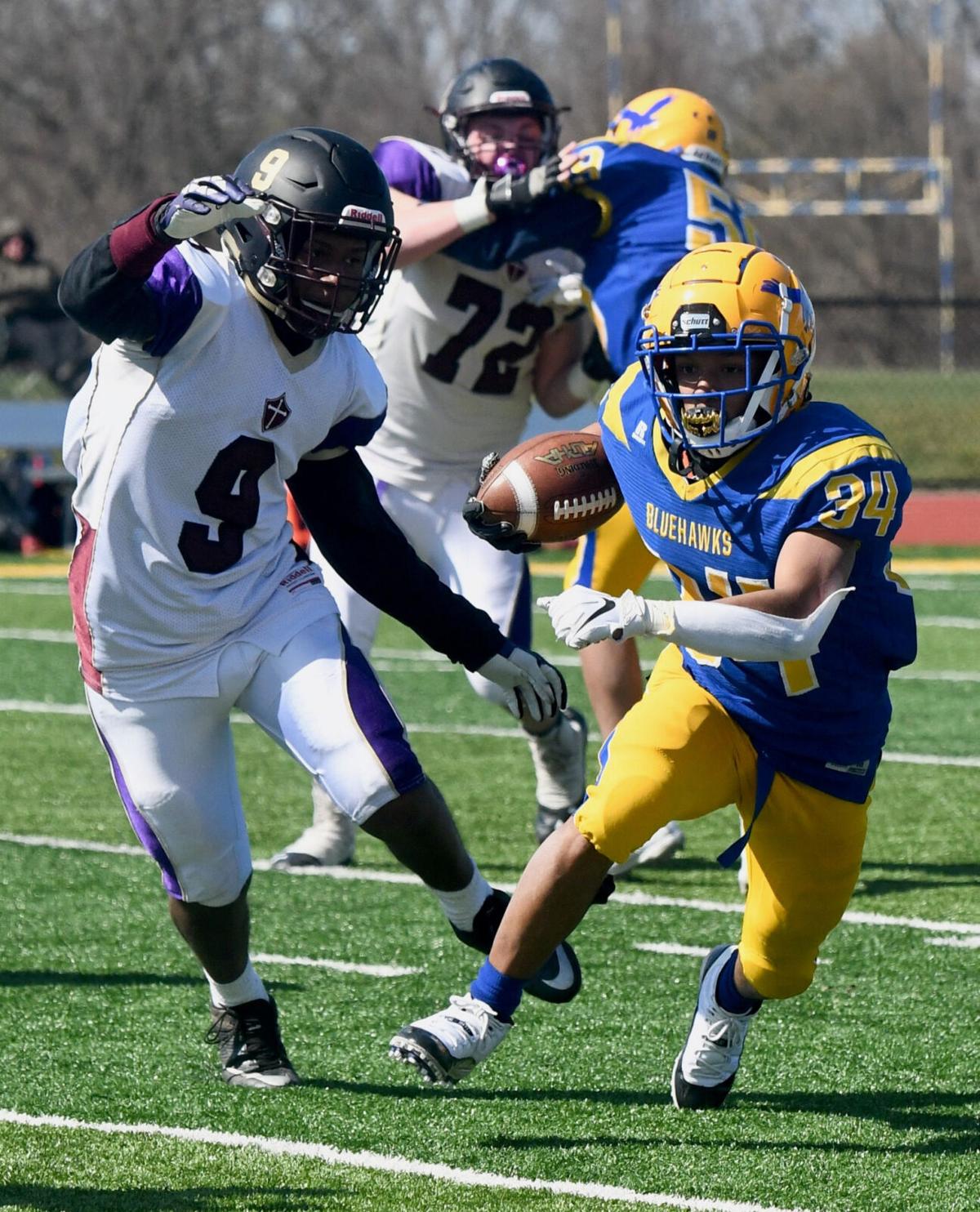 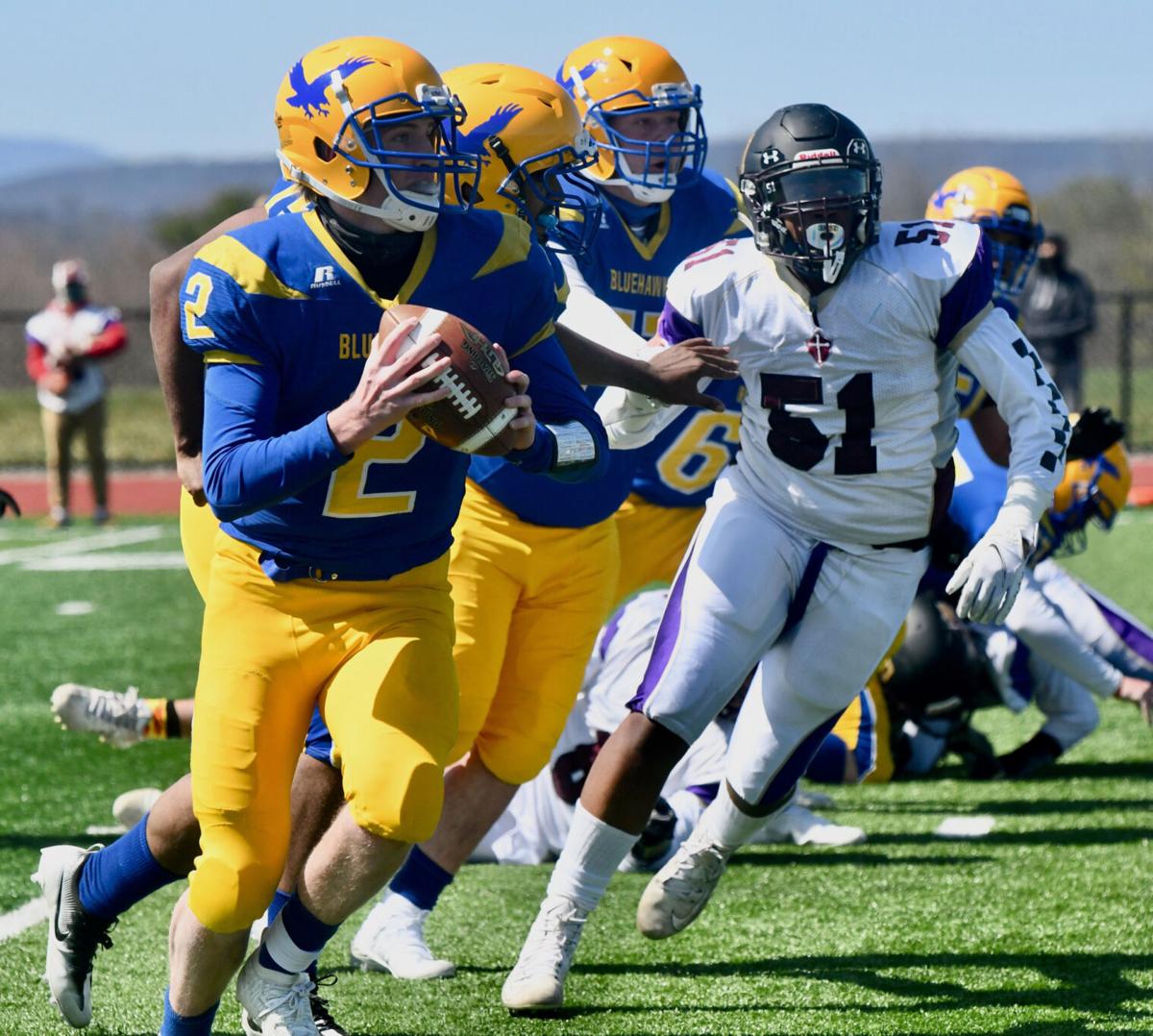 HUDSON — Caleb Romano threw three touchdown passes and had a sack for a safety to highlight Hudson’s 30-0 victory over Holy Trinity in Saturday’s Class B Reinfurt Division game at the Bluehawk Sports Complex.

The Bluehawks received the opening kickoff and marched down to the Holy Trinity five before fumbling the ball away to the Pride.

Pinned deep in their own territory, Holy Trinity couldn’t move the ball and on third and long, a high snap caromed off quarterback Anthony Lucca’s hands into the end zone. Lucca recovered the loose ball but was dropped by Romano for a safety, giving Hudson a 2-0 lead.

The Bluehawks added a touchdown later in the stanza on a 10-yard pass from Romano to Brian Curran on a fourth and goal play. Kasey Moore booted the first of his four extra points to make it 9-0.

Hudson scored twice in the second quarter on a 17-yard run by Isaiah Maines and a 40-yard pass from Maines to Romano. Moore’ tacked on two more extra points to put Hudson in front 23-0 at halftime.

The Bluehawks’ final touchdown came late in the third quarter on a 19-yard pass from Romano to Moore, who ten added the extra point.

Romano finished with 11 completions on 15 attempts for 154 yards and the three touchdowns.

Chatham (1-1) scored its first points of the afternoon with 3:32 remaining in the first quarter when Gage Nelson scooped up a fumble and returned it 15 yards. The two-point try failed.

The Panthers scored their first offensive touchdown of the contest with 1:56 to go in the half on a 28-yard pass from Tyler Kneller to Mike Lynch. Matt Radley ran in the two-point conversion too boost Chatham’s lead to 14-0 at halftime.

A 51-yard run by Radley and a four-yard run by Jacob Sorros pushed the Panthers’ lead to 26-0 by the end of the third quarter.

Voorheesville avoided the shutout with 2:45 remaining in the game on a 41-yard run by Alex Sapienza.

Kneller completed 3 of 7 passes for 59 yards with a touchdown and an interception.

Chatham will host Greenwich on Sunday at 2 p.m. at Chatham High School.

D’Agostino had scoring tosses of 25 yards to James Blake II and 25 yards to Dylan Baker and also had an 18-yard run for a TD for HF/Tamarac.

In his second varsity game, Peck completed 13 of 18 passes for 43 yards.

Clarke completed 16 of 21 passes, tossing three of his TD passes to Brendan Lamby and two each to Brody McCabe and Luke Sheldon.

The War Eagles built a 24-0 lead by the end of the first quarter and widened the gap to 38-0 at halftime.