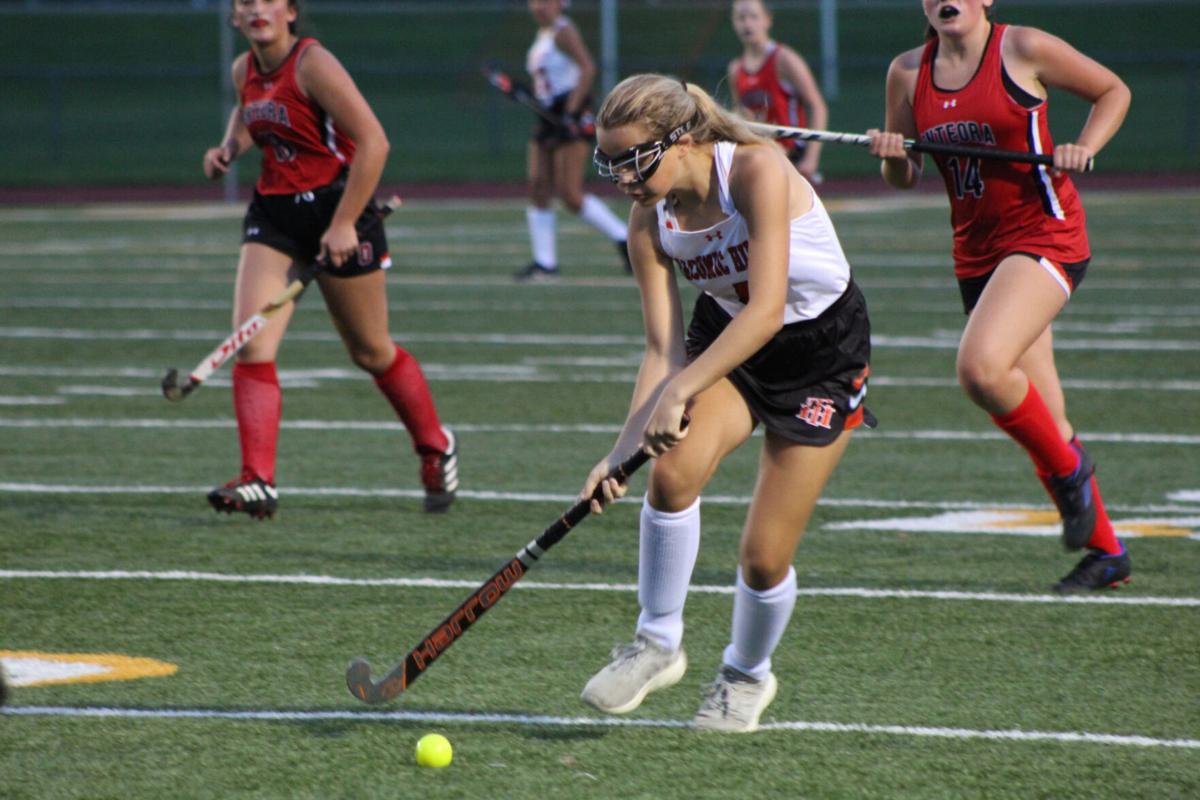 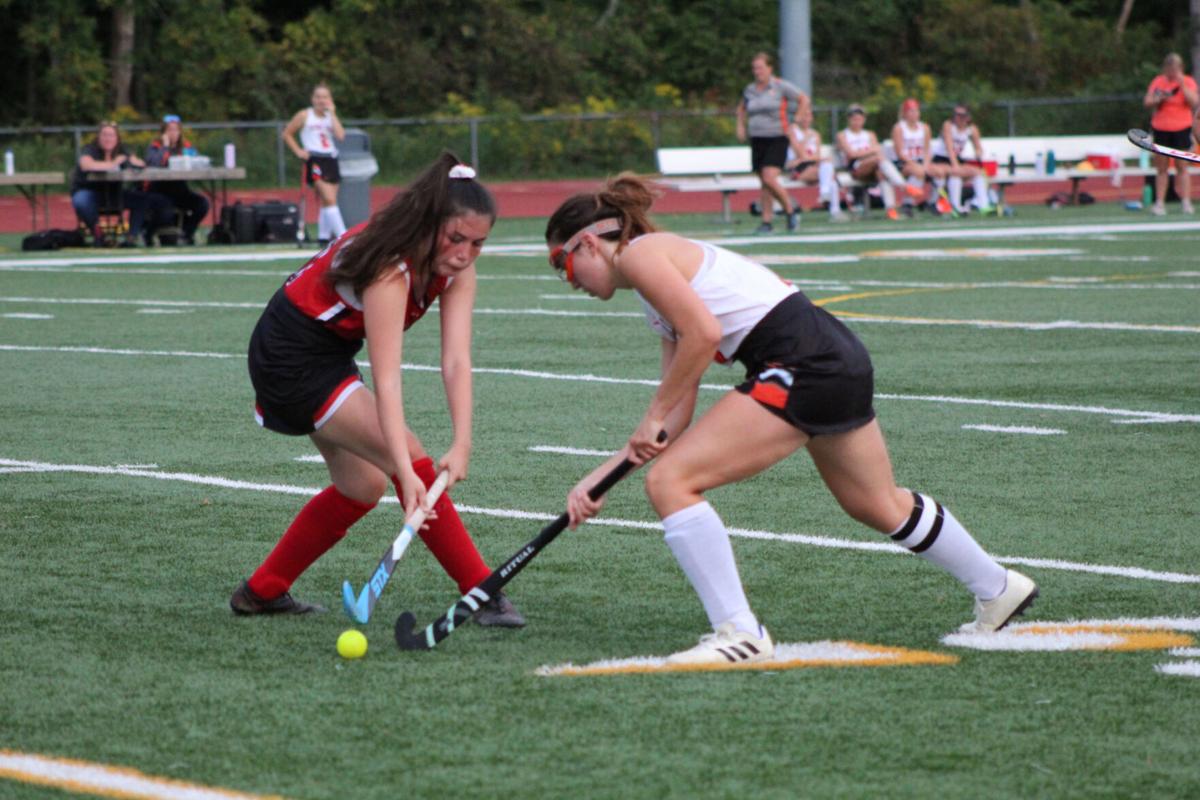 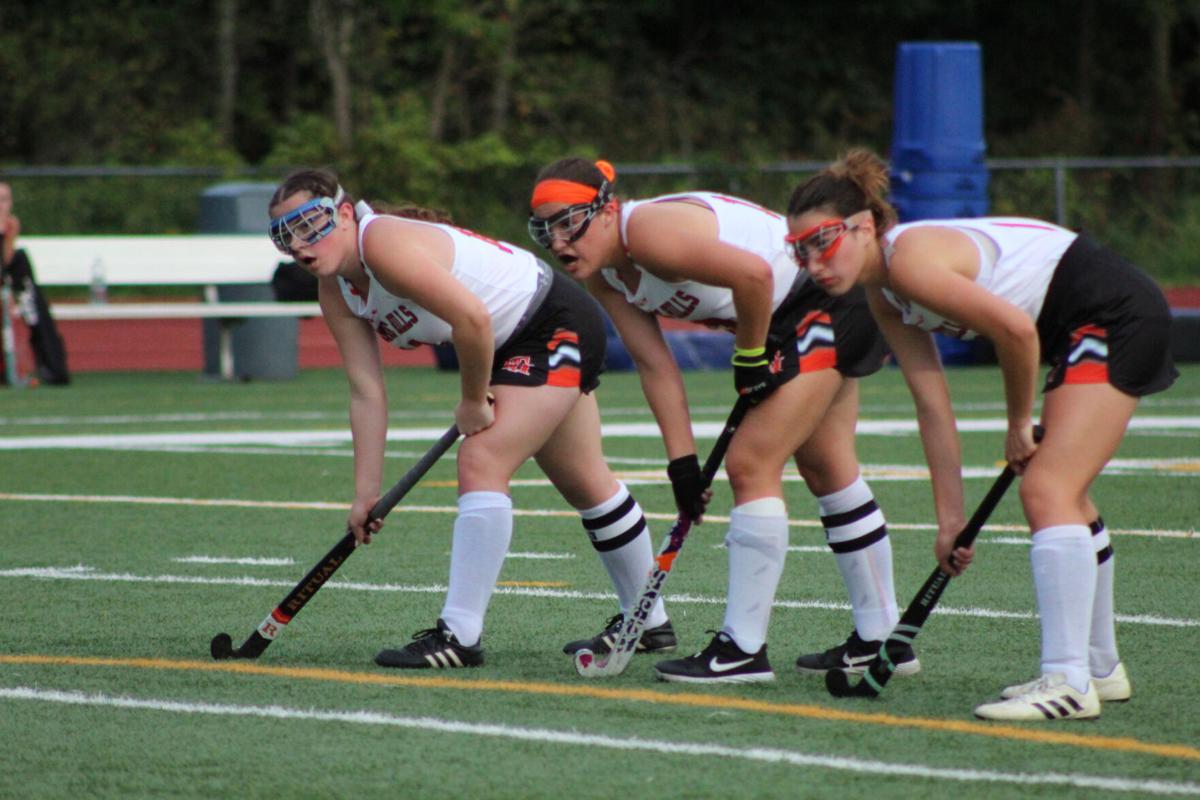 Jennie Back led the way with two goals and an assist for the Titans (2-1, 2-0), with teammates Rylee Jause and Marilyn Roque both scoring and assisting on goals themselves. Madison Rowe also had an assist for the Taconic Hills on their first goal of the game.

The game was competitive from the beginning with each side not giving an inch of space to fully develop any plays. Taconic Hills lost the ball down the field on offense early, but had enough defenders playing back to prevent a breakaway by Onteora.

The Titans got a number of penalty corners just minutes into the game as well, but they could not manage to get their passes in close enough for quality shots. They finally broke the ice at the 6:30 mark of the first period when Jause was able to find a clear shot on goal and it went in to make it 1-0 Titans, the assist going to Rowe.

The Eagles moved the ball up efficiently when they had the opportunity but their shot attempts were all stuffed by defenders, or kicked away by the Titans’ keeper Grace Alvarez. On the other end a shot by Marilyn Roque was knocked aside by the Onteora defense and the first quarter ended.

With just a slim 1-0 lead, the Titans still played confident and in a commanding fashion as they drove down the field. The Titans increased their lead at 7:37 before halftime on a goal by Jennie Beck, assisted by Roque, and they were up 2-0.

Both defenses held their own for the rest of the quarter, stopping any attack the opposing offenses could muster, and they reached halftime.

The Titans had fresh legs after the break and were fast enough to stay just ahead of the Eagles on the field and kept the pressure on.

Onteora made a few errors in the open field in the period that would stop their momentum and give the ball right back to Taconic Hills. However the defense was playing even better for the Eagles, and they held the Titans scoreless in the third period to keep the score 2-0 going into the fourth.

After failing to get a quality shot attempt off before the horn sounded in the third, Onteora entered the final 15:00 still trailing against a relentless Taconic Hills.

The Titans’ persistence paid off quickly when Beck scored her second goal of the game off of an assist by Jause, bringing the lead to 3-0. Not two minutes later, Beck found her teammate Marilyn Roque in front, who put it in the back of the net for the Titans’ fourth goal of the game.

As the clock wore on the Eagles’ hopes of a comeback dwindled with the Titans content on playing keep away and taking open shots on goal at will. Soon the final buzzer sounded and Taconic Hills got the 4-0 shutout win at home over Onteora.

“Proud of the girls for their intense play and focus tonight,” Titans coach Angela Webster said. “It is wonderful to see the work we have been putting in at practice transfer into the game.”