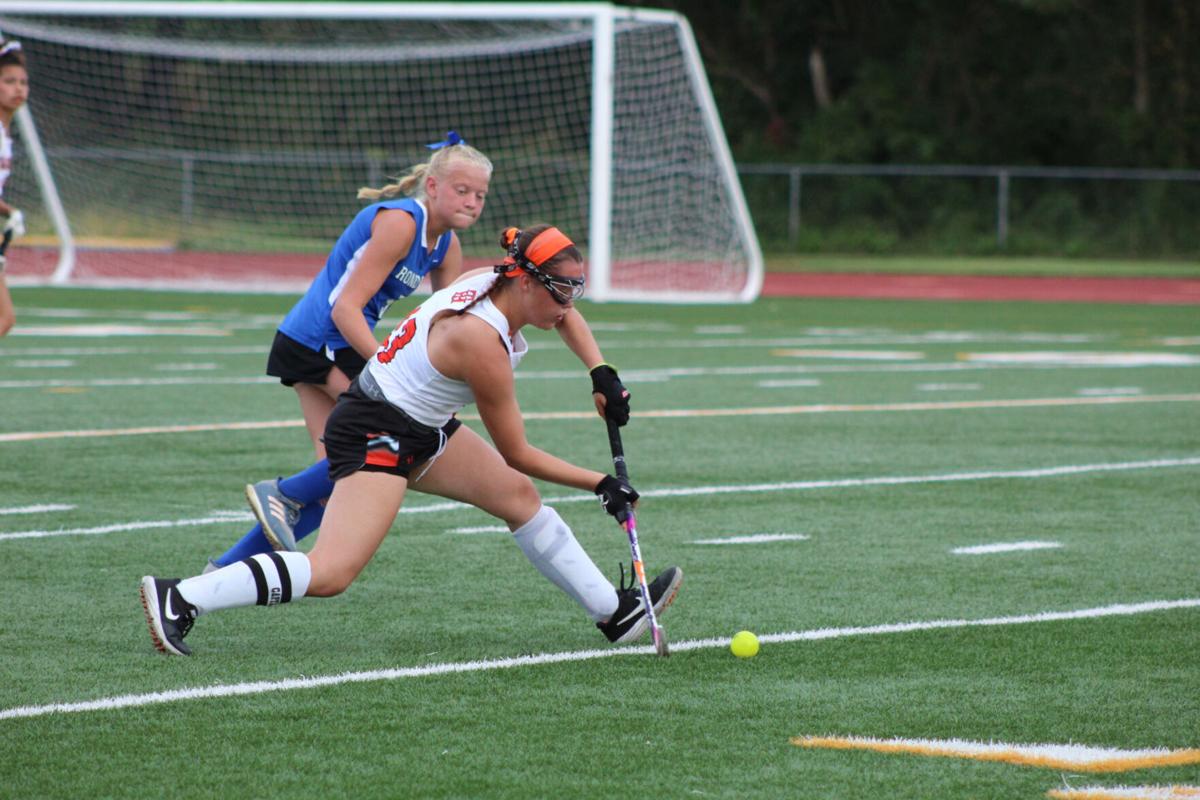 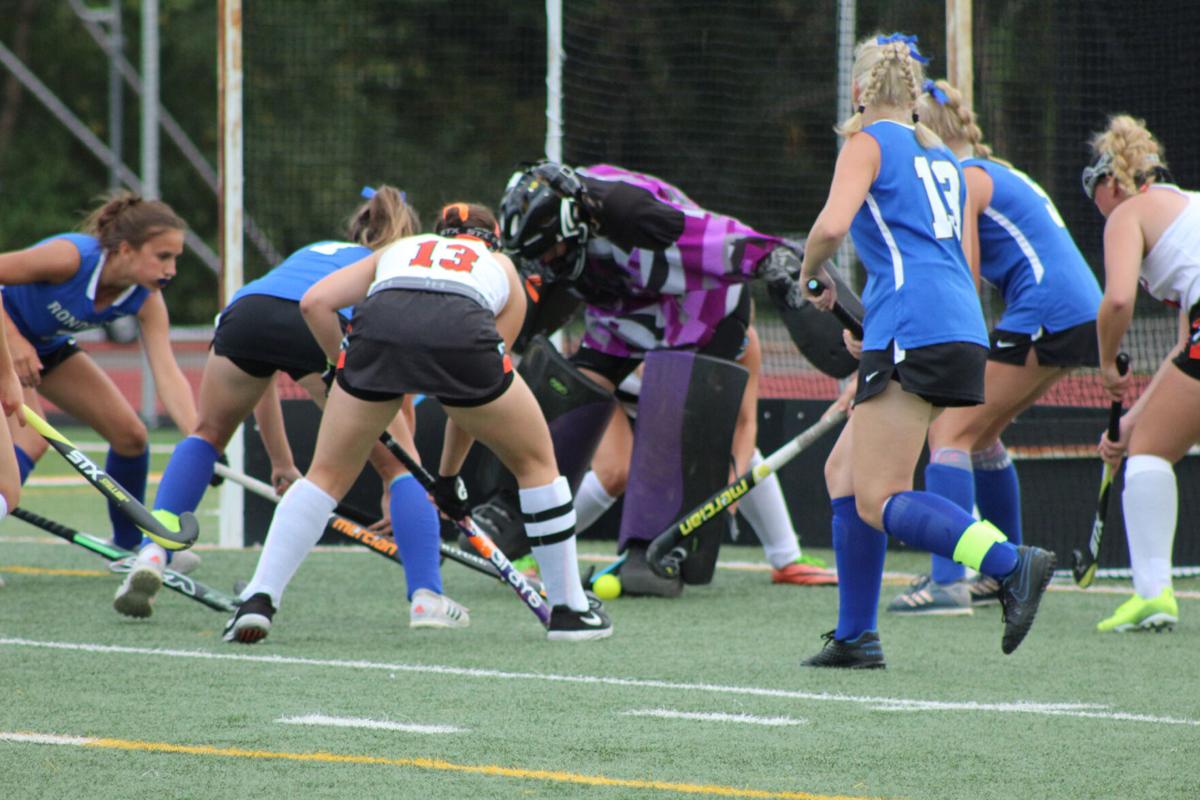 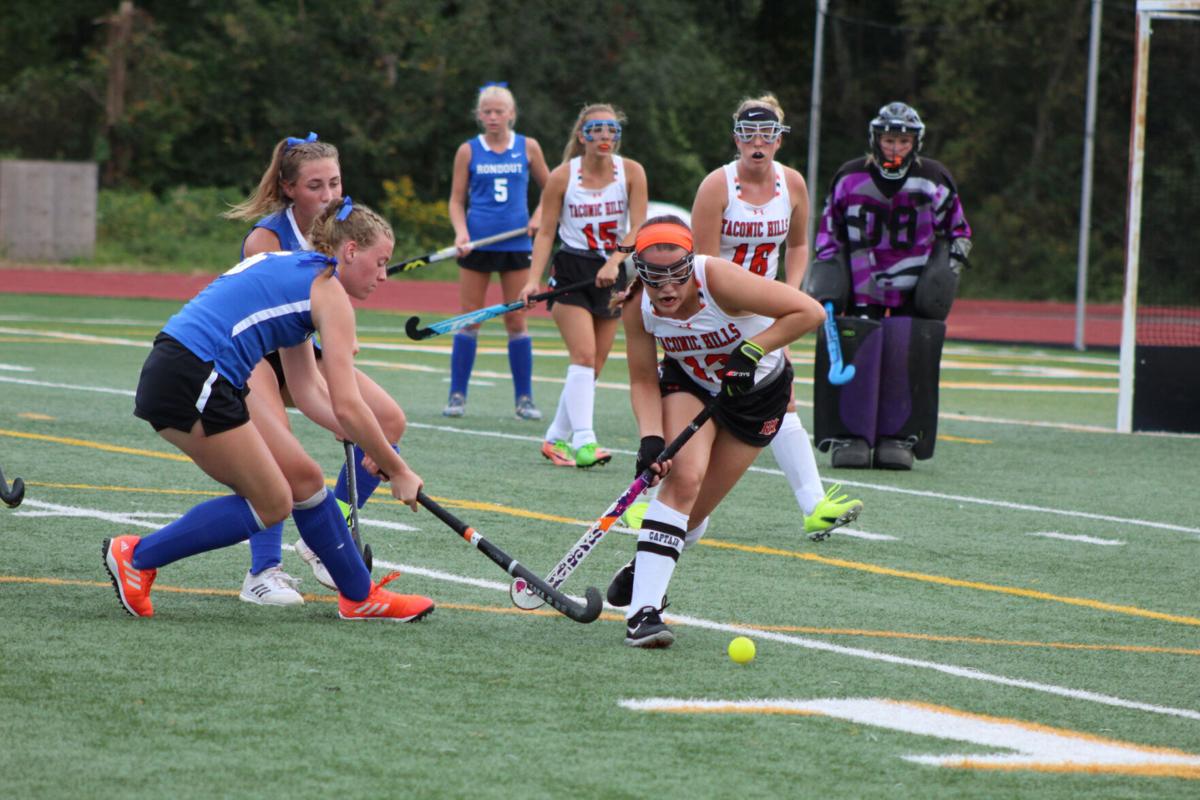 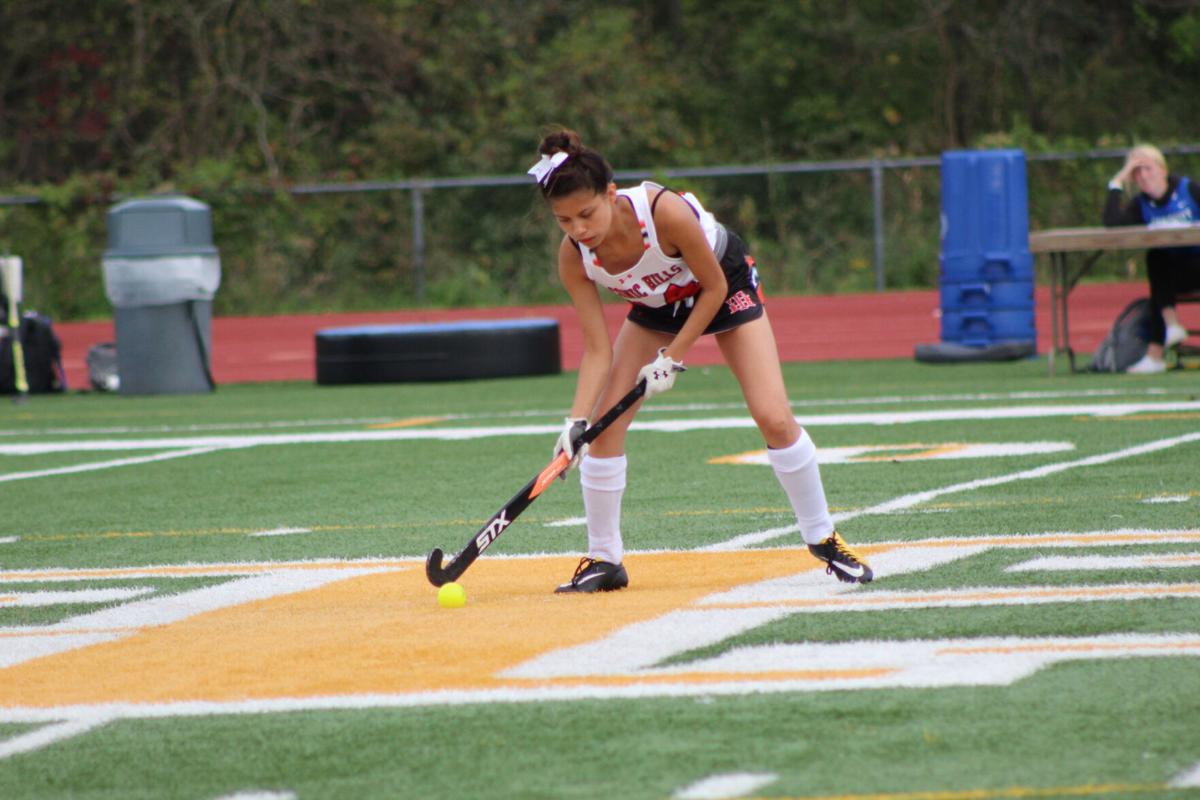 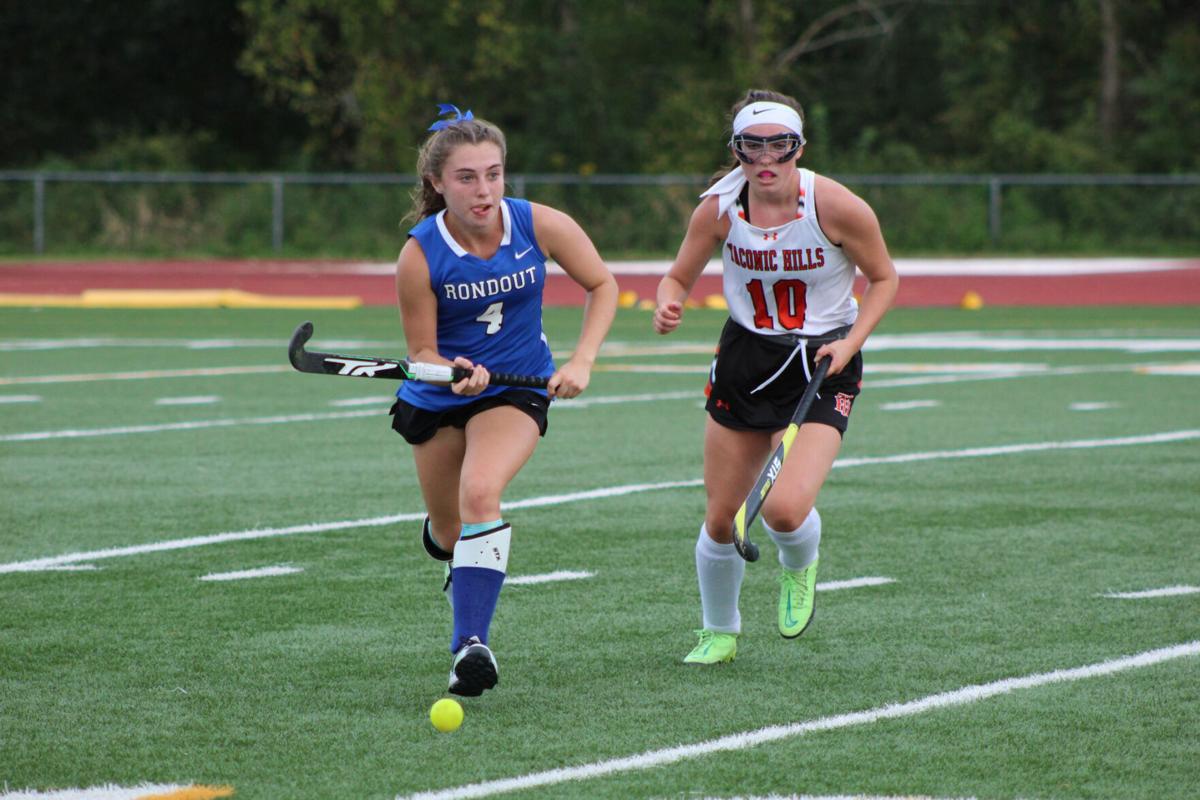 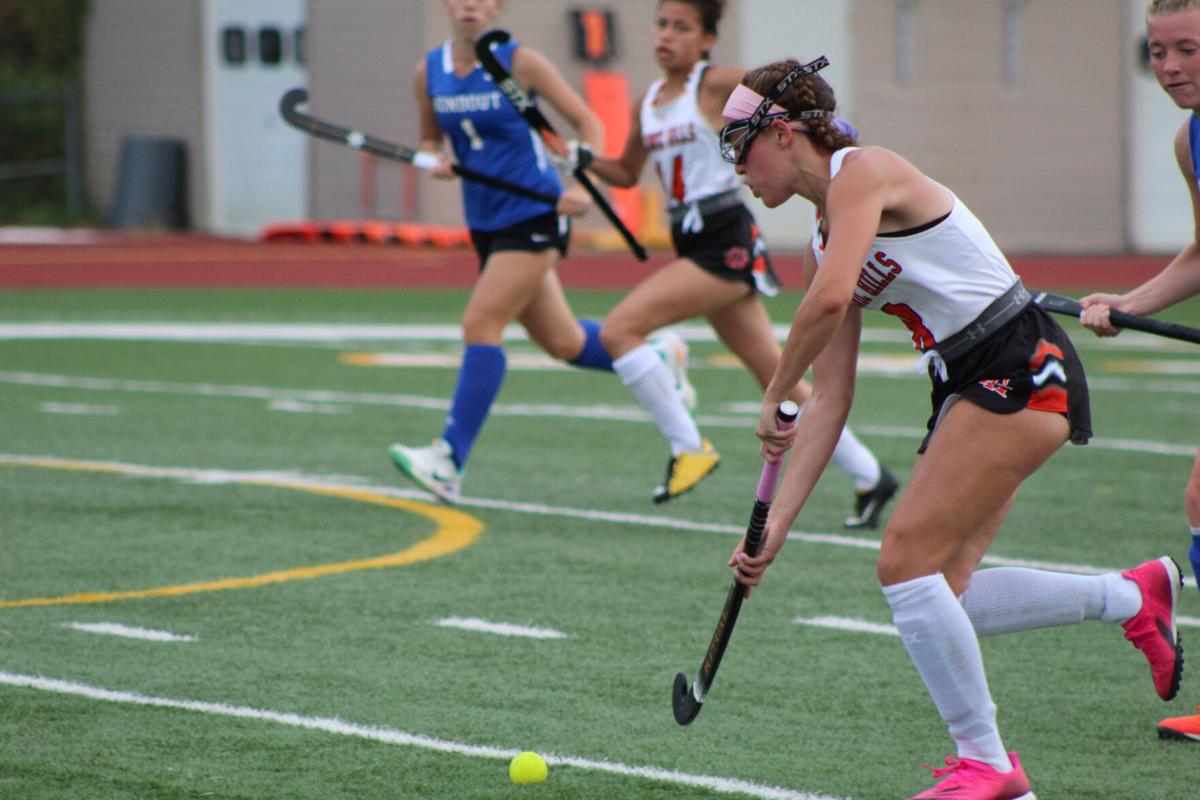 From the opening whistle Taconic Hills looked caught off guard by the urgency Rondout Valley played with. The Ganders moved the ball quickly and efficiently, keeping it in the Titans’ zone for the first few minutes.

The Titans tried desperately to clear it out multiple times but they had no luck, and the Ganders earned a penalty corner. They did not hesitate on the early chance, and Rondout Valley found the net for the first score of the game and took a 1-0 lead at the 10:36 mark of the first quarter.

The Ganders maintained their attack and got another penalty corner in which they were unsuccessful. The Titans finally cleared the ball out of their zone and upfield, working in two penalty corners of their own that yielded no results.

Nearing the end of the period Taconic Hills seemed to shake off the cobwebs and play more cleanly, but their passing attack was still slightly off. The Ganders got a few breakaway chances however they could not get their players downfield quickly enough to capitalize and they ended the quarter with that 1-0 lead.

Rondout Valley stayed aggressive in the second period and Taconic Hills continued to look a step behind. The Titans were unsuccessful on another penalty corner early in the quarter, but their intensity was growing.

The Ganders managed a few fastbreak opportunities but they could not fire off any quality shots on net. They broke through a few minutes later however on a crossing pass in front of the Titans’ goal and the Ganders scored to widen their lead to 2-0 with 6:53 to go before halftime.

With the Titans still on their heels on defense, they held the Ganders in the final few minutes of the period and the score remained 2-0 at the break.

The second half began the opposite of the first, with Taconic Hills the aggressors this time, staying on the attack for more than just a few minutes. The Titans got it back in the offensive zone again after losing possession, but the Ganders were able to clear.

The Ganders suddenly woke up offensively and afforded themselves two straight penalty corners in a matter of minutes. On the second attempt, a path was cleared and the Ganders took a huge slapshot on goal that went by everyone, but ricocheted off of the far post of the goal and was cleared out by the Titans.

With under four minutes left in the quarter the Titans had a penalty corner of their own that was blocked and knocked out by the Ganders’ defense and the period ended with the score still 2-0.

The Ganders’ did not relent in the fourth quarter, getting an early penalty corner that was kicked away with the block by Titans’ keeper Grace Alvarez. The Titans still struggled to mount any attack on offense with the Ganders interrupting their passing lanes the entire game.

Taconic Hills showed heart and toughness down the stretch though, earning back-to-back penalty corners with under 8:00 to play. The Titans needed to take advantage on at least one of those corners but the Ganders remained composed on defense and cleared the ball out to keep the clock moving and make their opponents chase.

Taconic Hills would, at long last, get a high quality shot on goal but it was knocked away by the keeper yet again. The Titans’ passes were now going too far for their teammates as they got desperate to move the ball and the Ganders exploited those mistakes again and again.

With 1:17 to play, the Ganders scored again off of a penalty corner to seal the Titans’ fate, extending the lead to 3-0. Taconic Hills would have one last possession but Rondout Valley stole it and cleared the ball downfield to run the clock out and take the road victory 3-0.