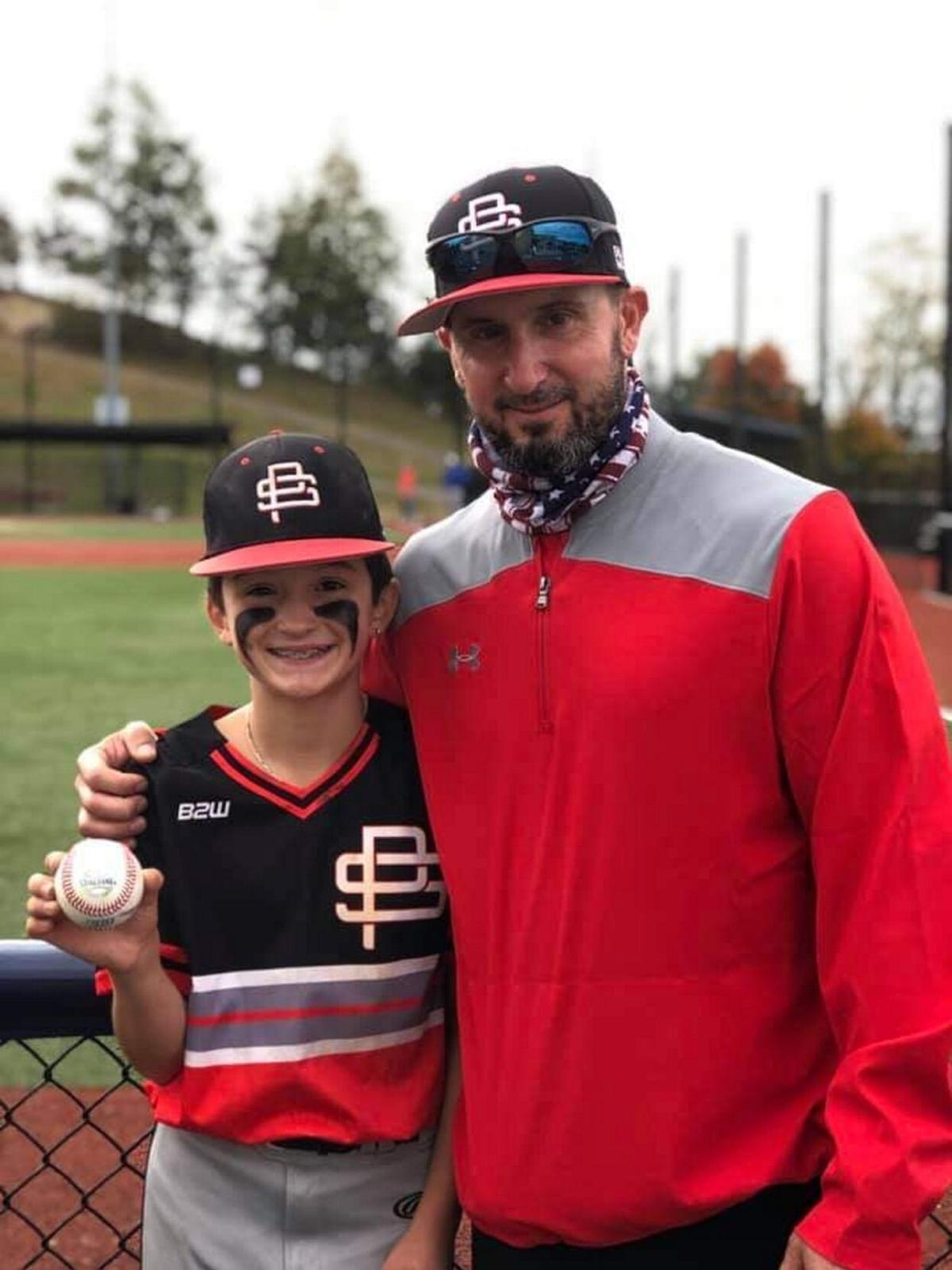 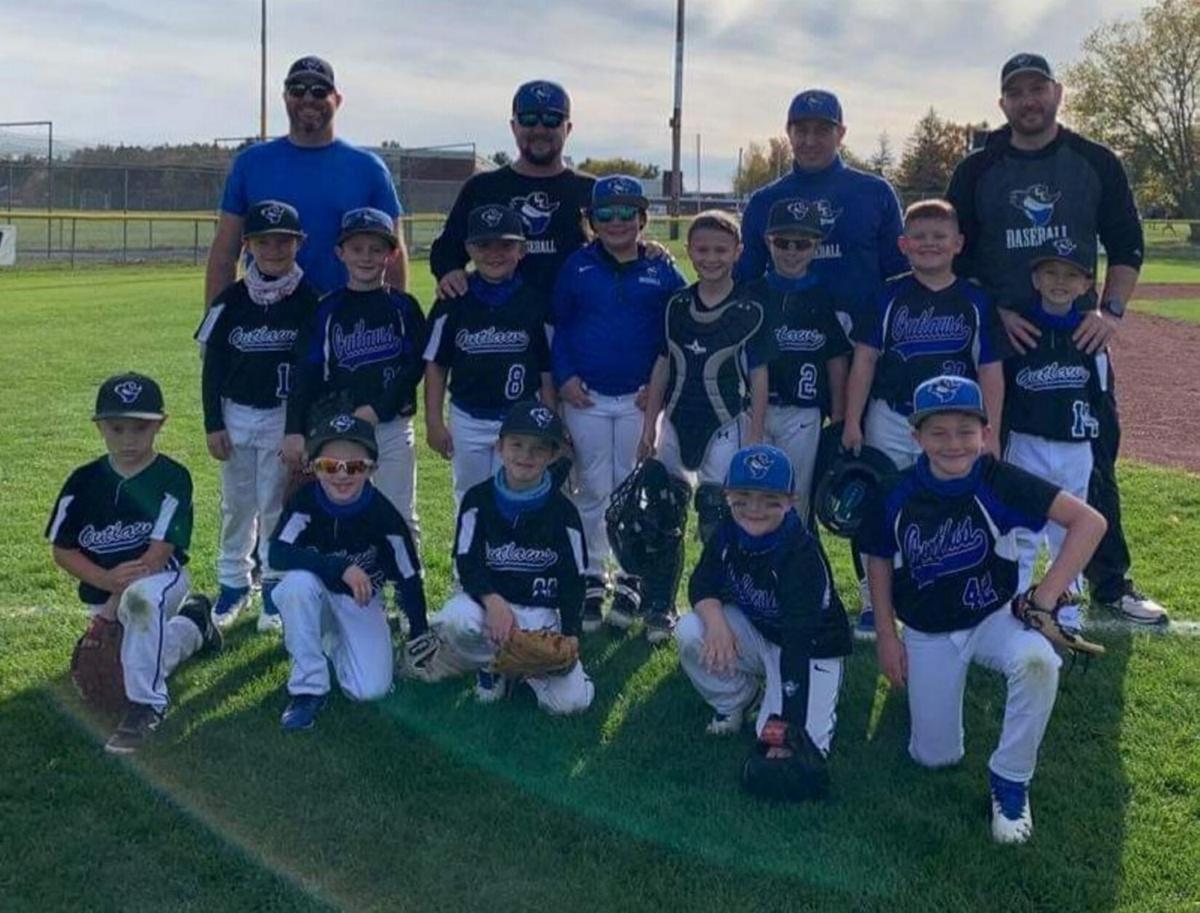 The Outlaws, the No. 1 seed in the tournament, defeated Niskayuna, 17-5, and the East Greenbush Pirates, 15-1.

Caleb Frisbee drilled a double and single and drove in two runs to power the Greene County Outlaws to a 17-5 victory over Niskayuna.

EAST GREENBUSH — Madi Van Alpehn collected three singles and four RBI and Braden Matin had a double, single and three RBI to spark the Greene County Outlaws 8U to a 15-1 victory over the East Greenbush Pirates.

Caleb Frisbee had three singles for the Outlaws (7-1). Carter Chase added two singles and two RBI, Chris Brown and Jayden Houle each had two singles and an RBI, Ethan Lenzo chipped in with two singles, Kaden Patterson had a single and an RBI and Matt Flannery and Andrew Favicchio both singled.

Super also singled and finished with two RBI for Spring, which won four games over the weekend.

CHESTER — Averly Ackerly and Austin June both homered, but the Columbia Clippers 12U fell to the New Blackhawks, 12-10, in a Fall Travel Baseball game on Saturday.

Brayden Jause, Schrader, Logue and Ackerly all pitched for the Clippers, combining for seven strikeouts and six walks while allowing 12 runs and 14 hits.

CHESTER — Charlie Schrader and Ryan Conte both homered and drove in two runs to highlight a 14-12 Columbia Clippers 12U victory over the Devil Cats 12U in Saturday’s Fall Travel Baseball game.

Logue and Kameron Duntz shared mound duties for the Clippers, combining to strike out three, walk four and allow 12 runs and 14 hits.

CHESTER — The New York Blackhawks snapped a 12-12 tie with a run in the bottom of the sixth inning to edge the Columbia Clippers 12U, 13-12, in Sunday’s Fall Travel baseball game.

The Clippers battled back from a 12-5 deficit with seven runs in the top of the sixth to even the score at 12-12, before the Blackhawks won in the the last of the sixth.

Schrader, Ackerly and June combined to strike out nine, walk three and allow 13 runs and 14 hits.

LANSINGBURGH — The Greene County Outlaws 15U suffered their first loss of the Fall season, dropping a 17-7 decision to the Lansingburgh Royals on Sunday.

Nate Shook-Timot doubled for the Outlaws. Sean Scott had two singles and an RBI, Christian Tedford a single and an RBI and Miguel Madera and Shane DeRose both singled.

Tedford and Marion Kohler teamed up to strike out nine, walk six and allow 17 runs and 17 hits.

The Dodgers were up 9-1 after plating six runs in the top of the seventh, but the Blackhawks rallied with six runs of their own to cut the deficit to two. The Dodgers got out of the jam, though, and held on for the victory.

COXSACKIE — Nolan Space went 3 for 3 with a triple and an RBI to lead the Eastern New York Blackhawks 13+ to a 9-5 victory over the Greene County Bombers in Fall Travel Baseball action on Friday.

Hamilton, Graziano and Abrams all pitched for the Blackhawks, striking out 11.

The Blackhawks managed just one hit, a single off the bat of Austin Roberts.

The Columbia Clippers 10U dropped an 11-1 decision to the Upper Deck Titans in Sunday’ Fall Travel Baseball game.

Perry, Braeden Barnes and Evan Conte all pitched for the Clippers, striking out four, walking seven and allowing 11 runs and 10 hits.

Jayden Brantley ripped a pair of singles and drove in a run to help the Columbia Clippers 10U edge the Upper Deck Titans, 9-8, in Sunday’s Fall Travel Baseball game.

The Clippers trailed 8-5 before rallying for four runs in the bottom of the sixth to pull out the victory.

Amarion Perry singled and had an RBI for the Clippers. Logan Burleigh, Evan Conte and Ethan Brennan all singled and Tanner Kelly drove in a run.

Mason Briscoe pitched a complete game for the win, striking out 10, walking just one and allowing eight runs (four earned) and six hits.