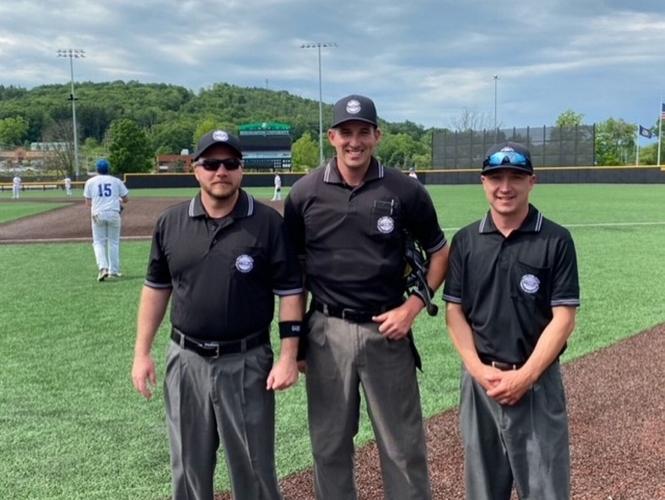 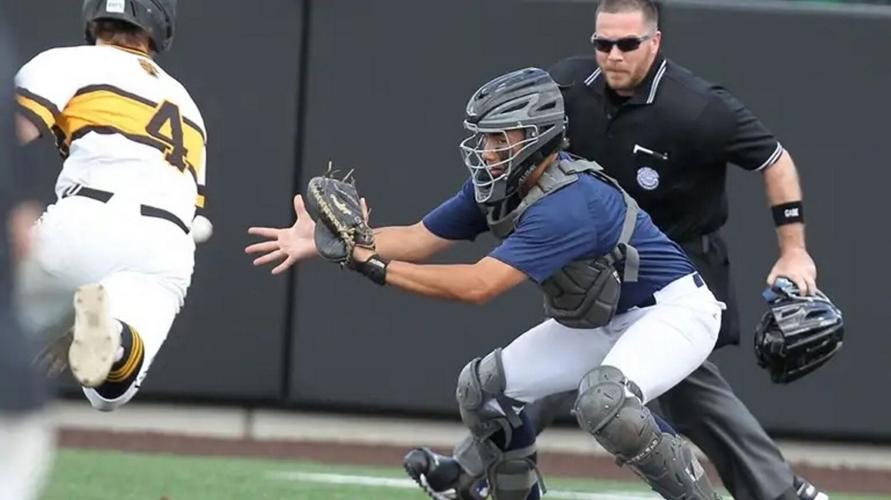 Photo contributed Home plate umpire Sean Connors keeps a close eye on a play at the plate during the state baseball high school championships in Binghamton. 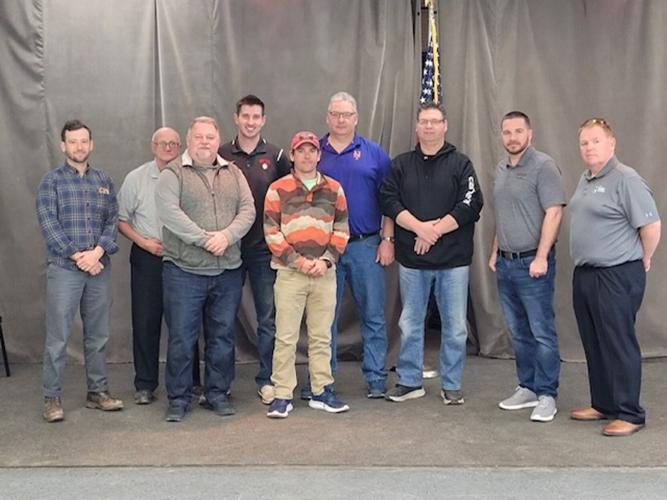 Photo contributed Home plate umpire Sean Connors keeps a close eye on a play at the plate during the state baseball high school championships in Binghamton.

Sean Connors of Valatie had the distinction of umpiring at the New York State High School Baseball Championships for the second time in his 20-plus year career this past June.

Connors and Jon Halligan of Saugerties worked the state semifinal and championship rounds on June 10-11 in Binghamton. The tournament was the first since the passing of New York State Umpires Association (NYSUA) President and Connors’ friend and mentor Ron Gabriel.

“The tournament went great and Ron would be proud,” Connors said. “I was recently elected as Vice President of the New York State Umpires Association and in turn we created the Ron Gabriel Foundation. When Ron passed away, we wanted to preserve his legacy. The Ron Gabriel Foundation will hand out two scholarships to an Ichabod Crane graduating senior who is pursuing a career in education and mathematics. The Foundation, along with the Columbia Greene Umpires Association (CGUA), also award a scholarship to younger umpires who have shown an interest in improving their craft. Ron taught math at Ichabod Crane for more than 30 years and was a fantastic teacher that helped me immensely.”

If anyone would like to donate to the foundation, send checks payable to the Ron Gabriel Foundation to Richard Gabriel, 29 Gabriel Road, Hudson, NY 12534.

Connors said Gabriel’s influence was felt at the state tournament.

“2022 was the first state tournament in two years, due to Covid,” Connors said. “Jon Halligan and I were scheduled to work this tournament in 2020 and it would have been Ron’s final tournament. The CGUA umpires have been wearing “Ron” wristbands for the past two seasons and Jon and I wore ours at the state tournament. When things were not going ‘perfect,’ I would look at the wristband and it helped me stay positive.”

“Ron had a way of being positive with umpires, while telling them they needed to do something better. As a teacher, I think Ron was able to see potential in an umpire like he would a student.

“Ron was able to push umpires to improve without putting pressure on them. He was a great mentor to many young umpires, but I was lucky enough to call him a friend as well.”

Connors, who coached volleyball at Ichabod Crane for more than 20 years, was recruited by Gabriel to join the CGUA in 2000 and has enjoyed umpiring since his first season.

In recent years, the number of umpires available at the high school and recreational levels have dwindled. Connors, who also serves as the assignor for the Columbia-Greene Umpires Association, hopes to reverse that trend.

“As we all know it is no secret, the CGUA and the country need more umpires,” Connors said. “Unfortunately, sometimes umpires are not treated the best. This has caused a shortage across the nation. After the pandemic, people are very wary of giving up their time. Baseball can be a time consuming affair. Many people do not understand what an official, especially an umpire has to do to get ready for a season and a game. “I believe the CGUA has built a great relationship with the local baseball community. Many coaches and players understand how hard the CGUA umpires work to help them get through a season. Yes, we all have heard umpiring is a thankless job, and for the most part it is. However, if you take pride in staying involved in the game and work hard, many people are beginning to notice.

“If you enjoy the game and want to stay involved, umpiring is the perfect way to do that. Umpires can make anywhere from $60-$150 a game, and work as many games as their professional and personal life allows them to.”

Connors said the shortage of officials is not just limited to baseball.

“I am hoping more individuals being to officiate not just baseball, but all sports,” he said. “As a volleyball coach for over 20 years, I know officials are essential to the game. Schedules are being amended, according to the availability of officials. Officiating can be a great flexible part time job, you work when you want to.”

The Columbia Greene Umpires will host an umpire course on August 20 from 10 a.m.-4 p.m. at Columbia Greene Community College room 706. The course cost is $25; which includes a rule book, manual, exam, and lunch.

Upon successful completion of the course prospective umpires will be trained by veteran CGUA umpires. For more information, visit the CGUA Facebook page at cguaumpires/facebook.com

The typical CGUA umpire season runs from April until October. The CGUA provides umpire services for all high school baseball in Columbia and Greene counties and over 40 summer and fall leagues.

“I know the CGUA board would love to have a full class on Saturday,” Connos said. “If you’re on the fence about umpiring, come to the class, listen to veteran umpires, maybe it will turn out to be a great choice.

“Until you get on this side of the fence, it is hard to explain. You form bonds with your fellow umpires, friendships with coaches and players. Players that have now ‘grown up,’ will recognize you and remember that game from over a decade ago.”

Need an oil change? How you can prep your car for winter and help vulnerable seniors

It starts at the top: The C-suite must go green to set the stage for corporate ESG

Sweet Ideas for Celebrating Parents All Year Round

Rally the Crowd with a Masterful Game Day Menu