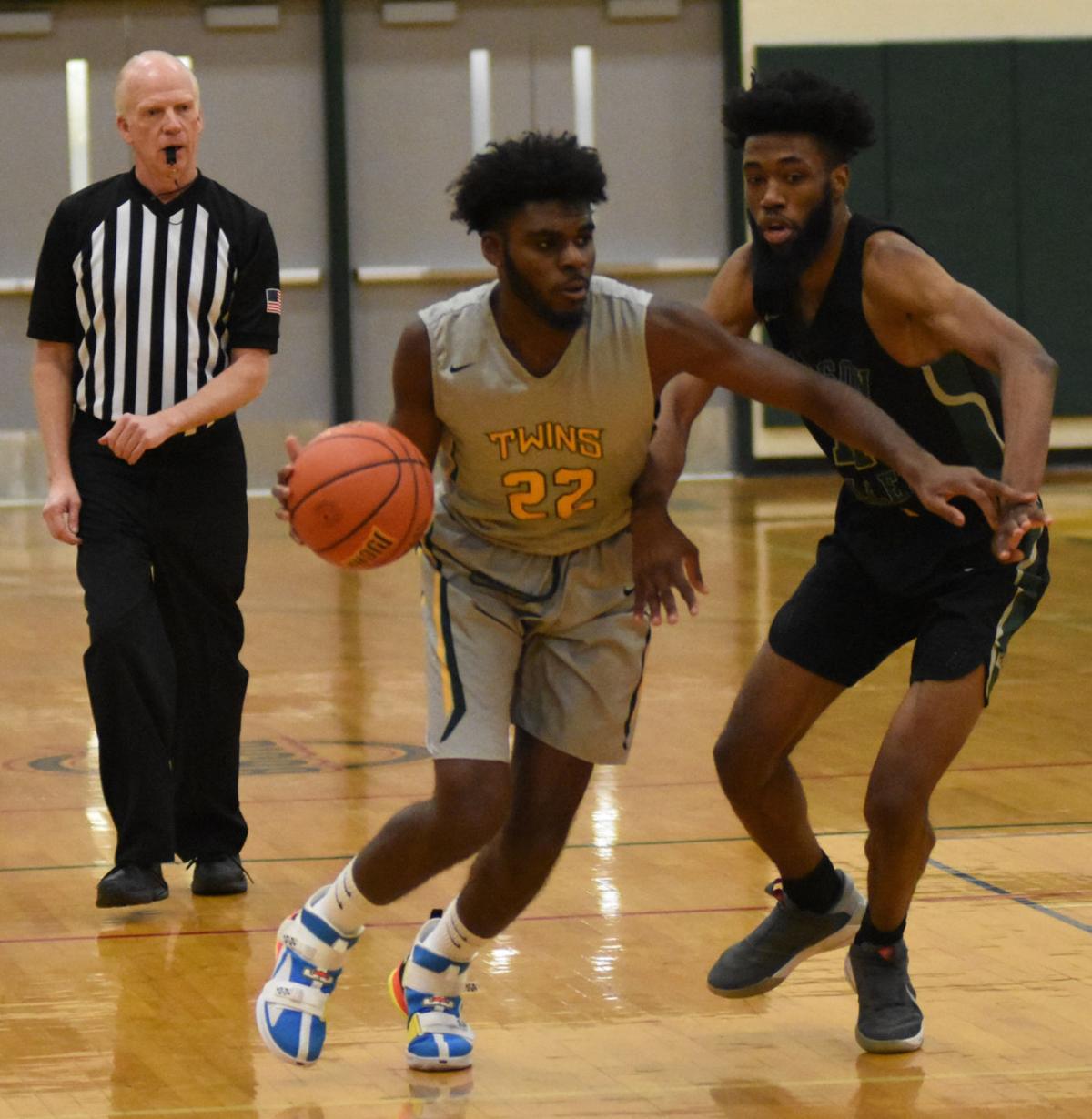 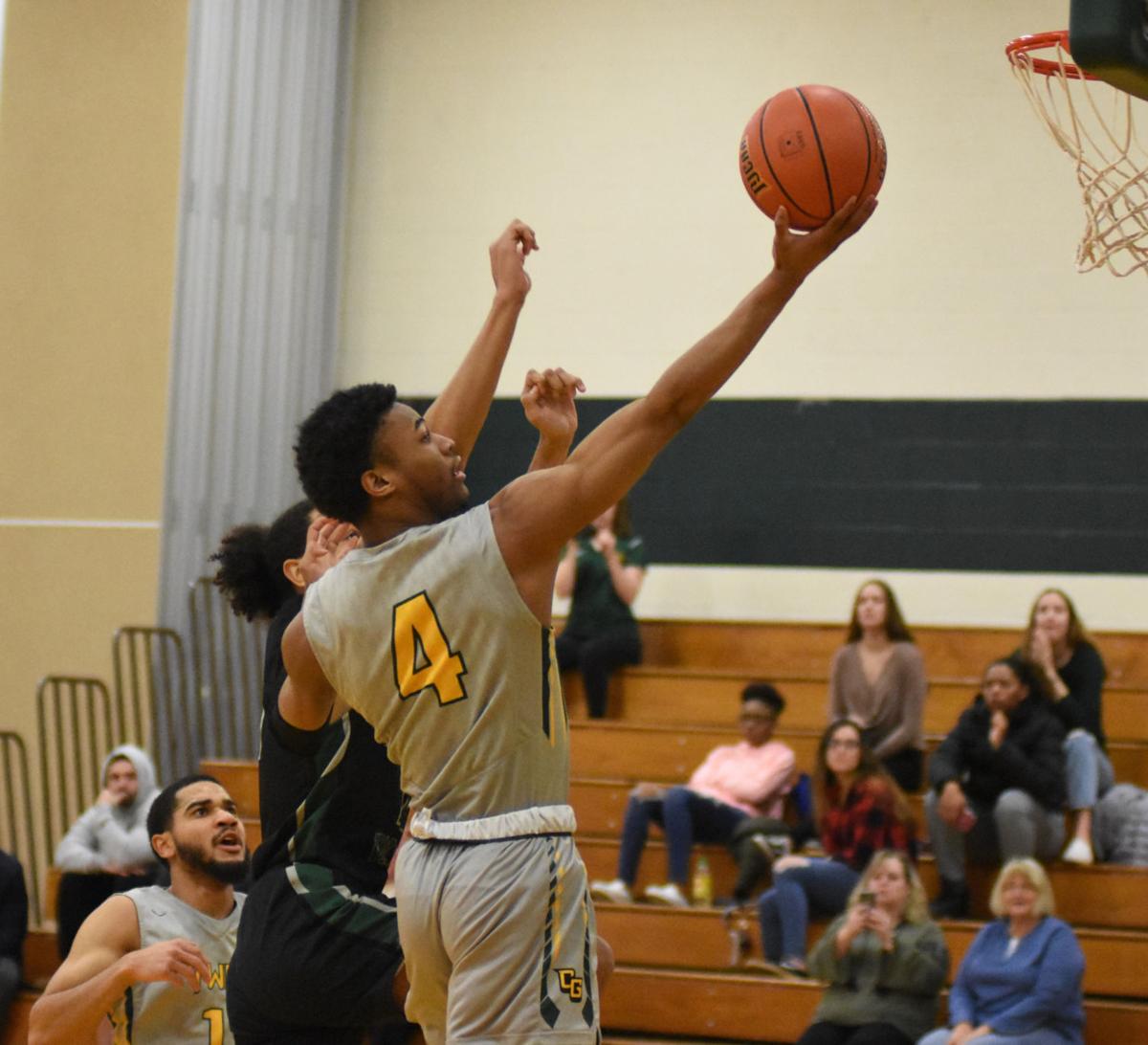 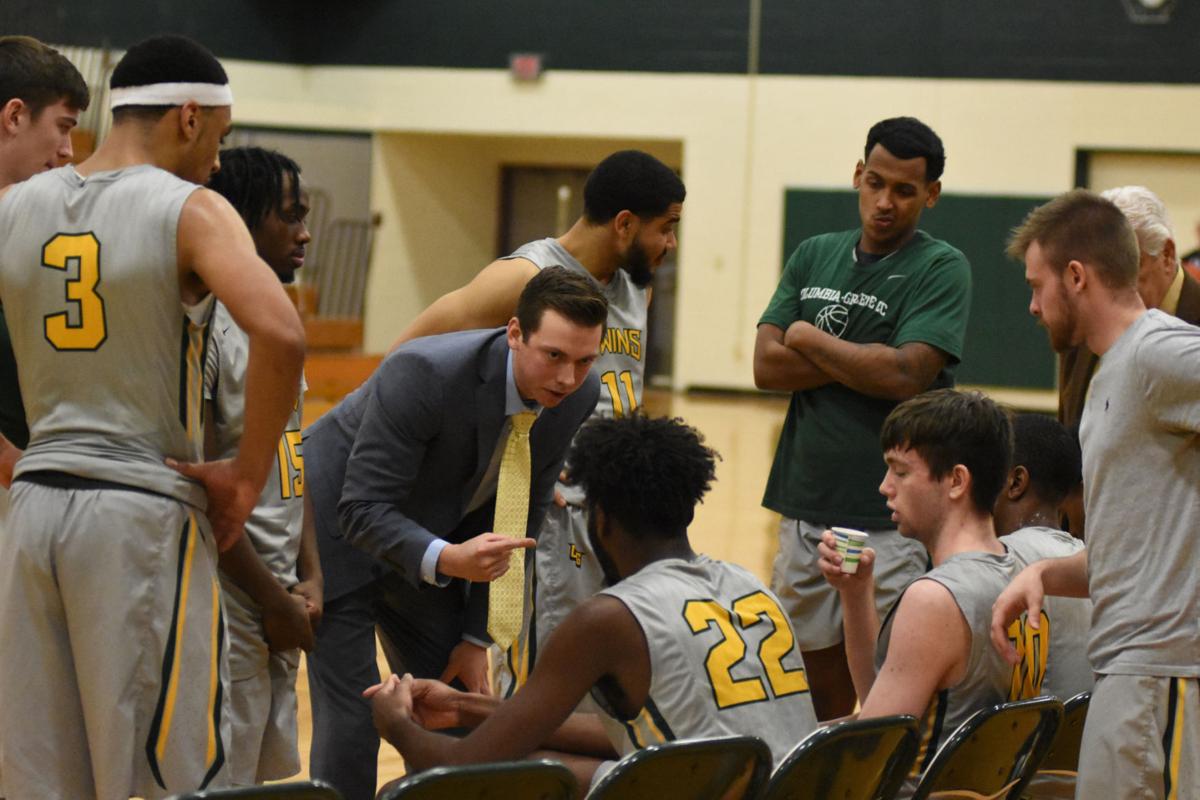 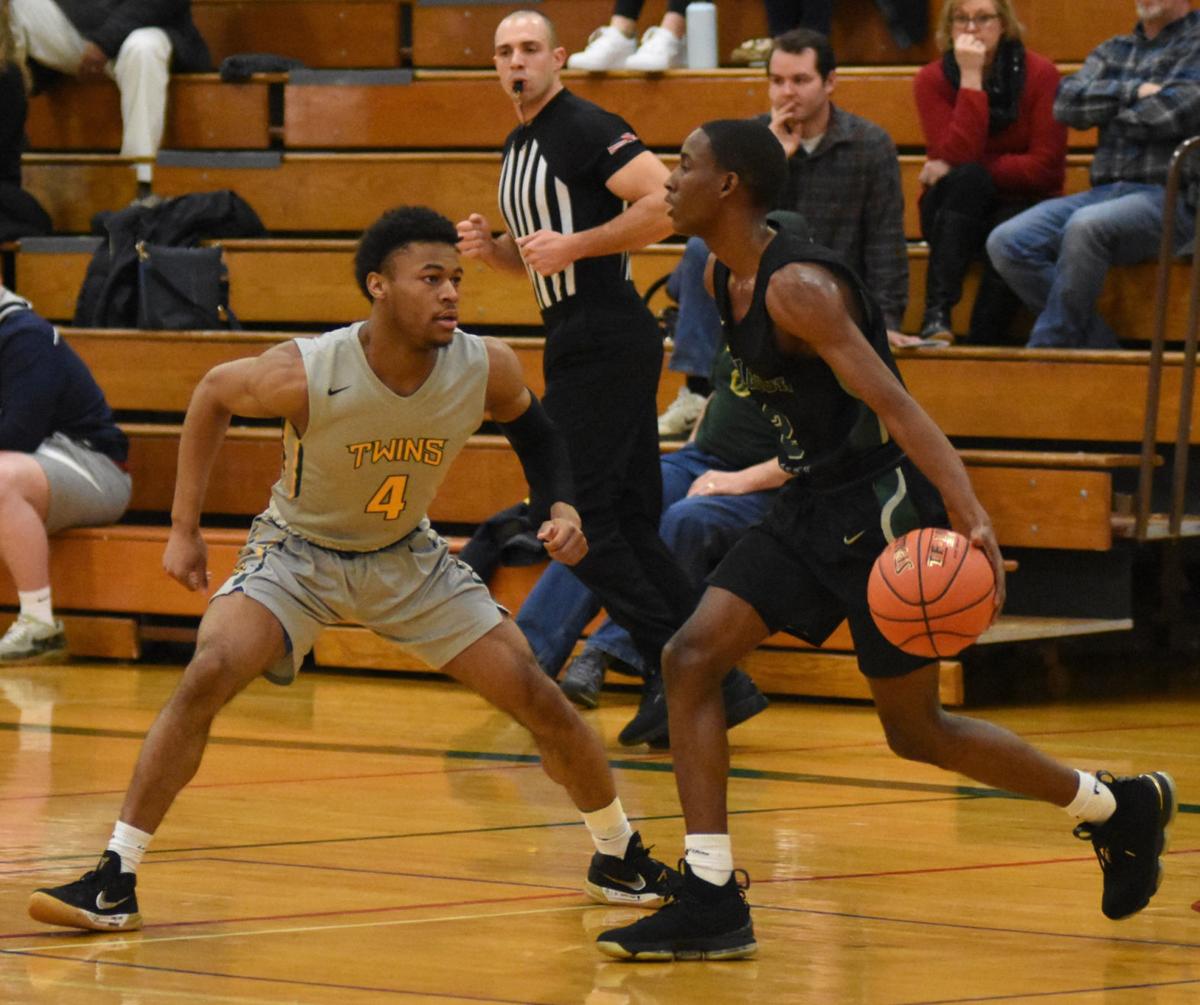 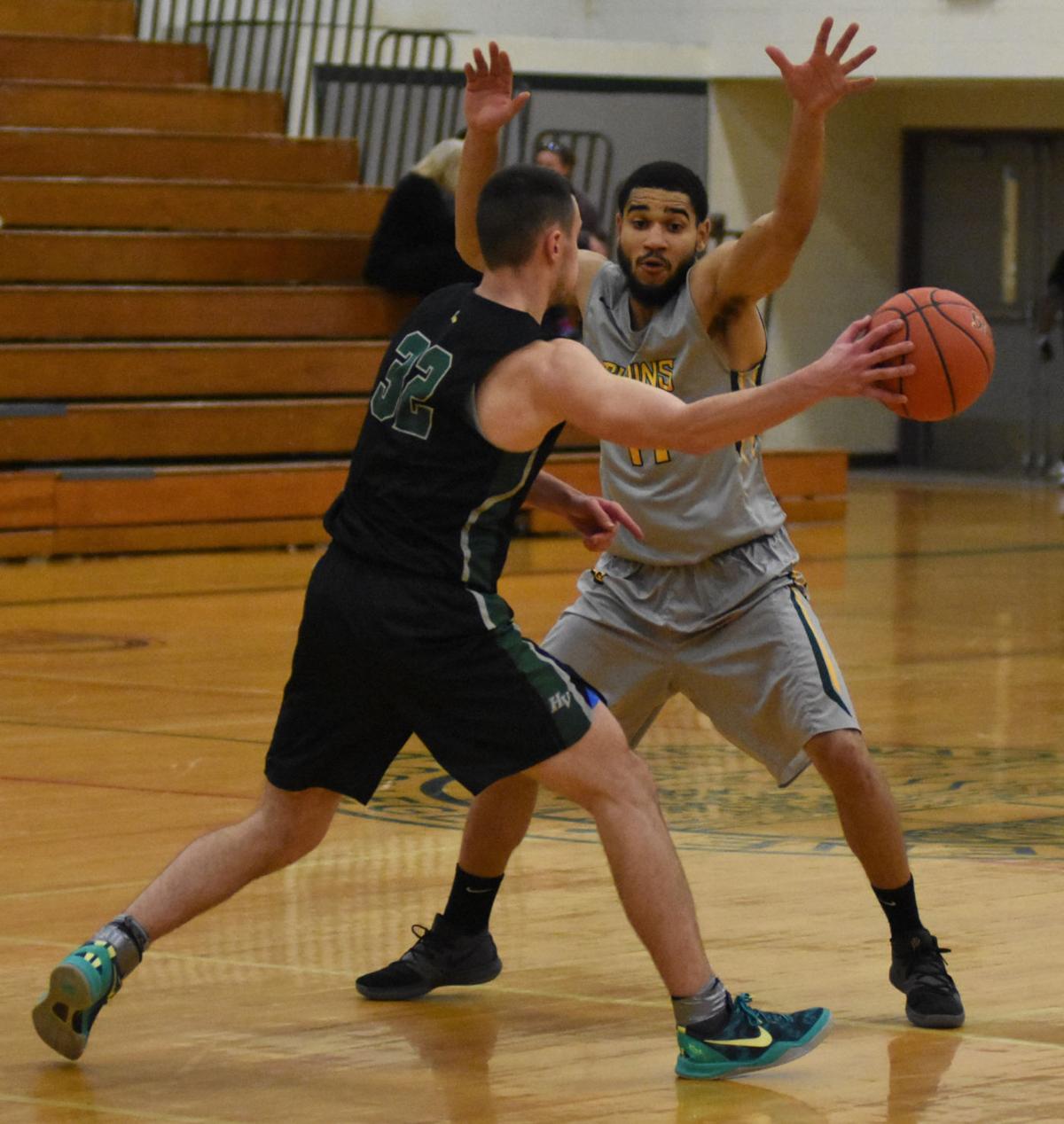 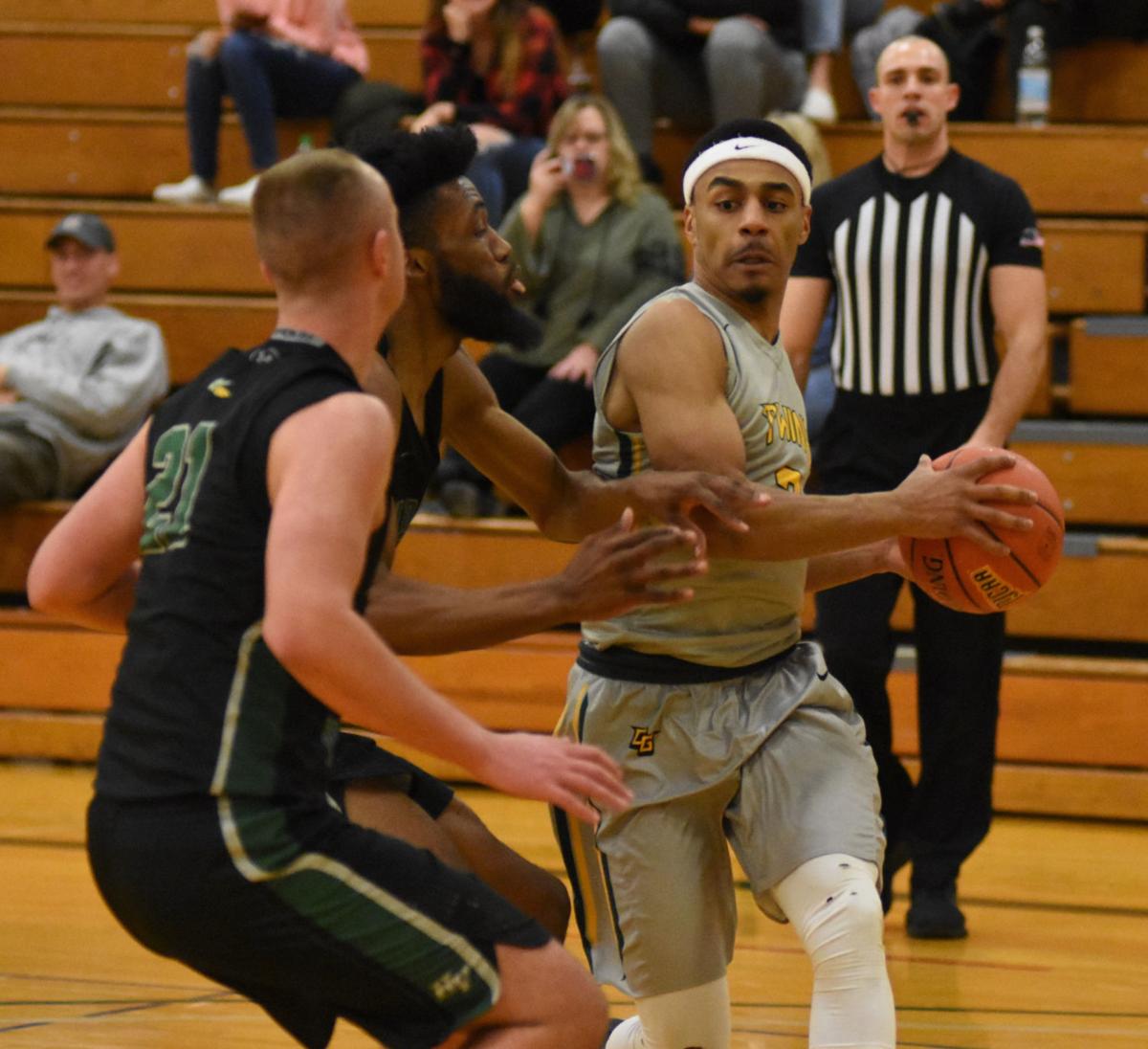 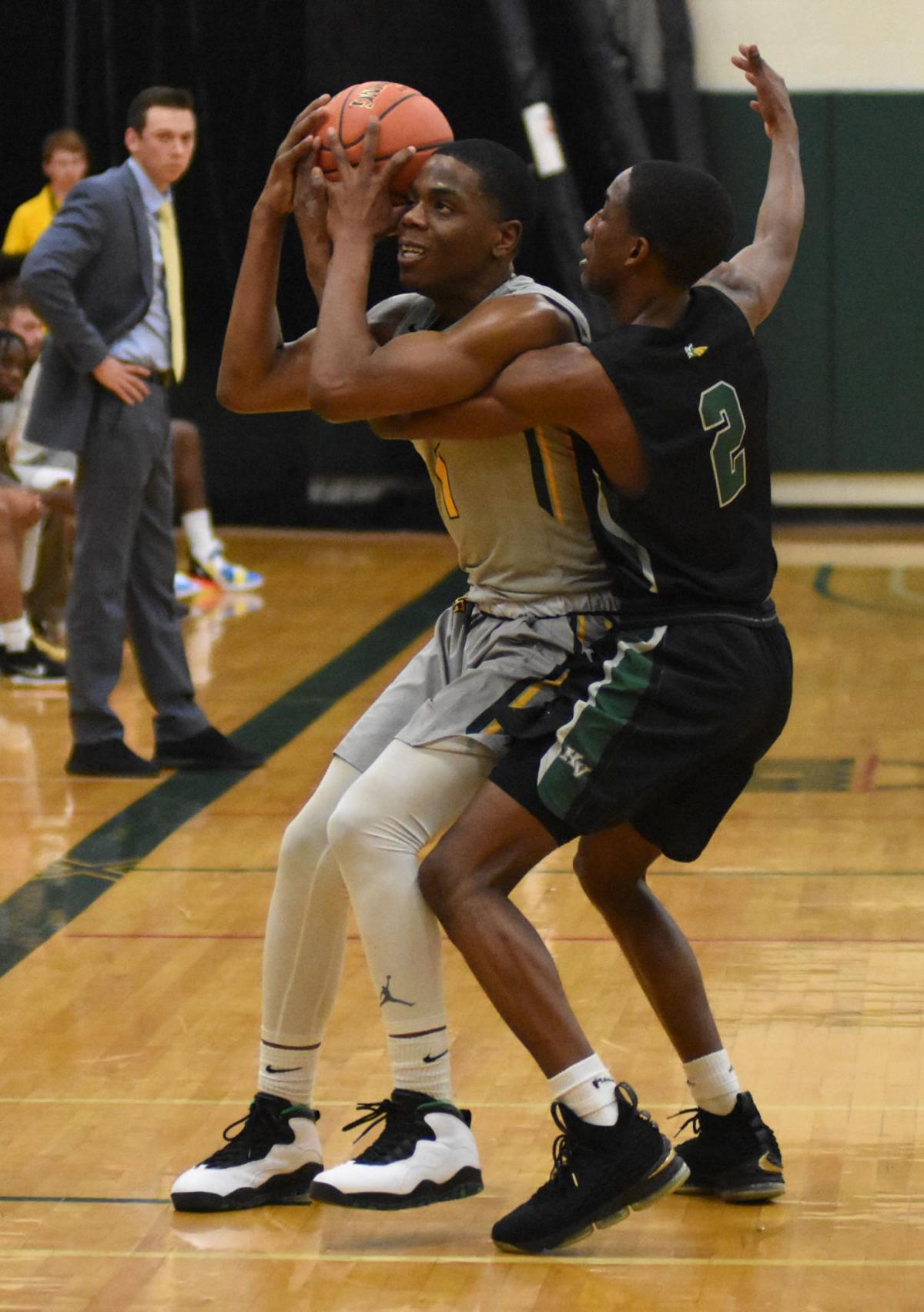 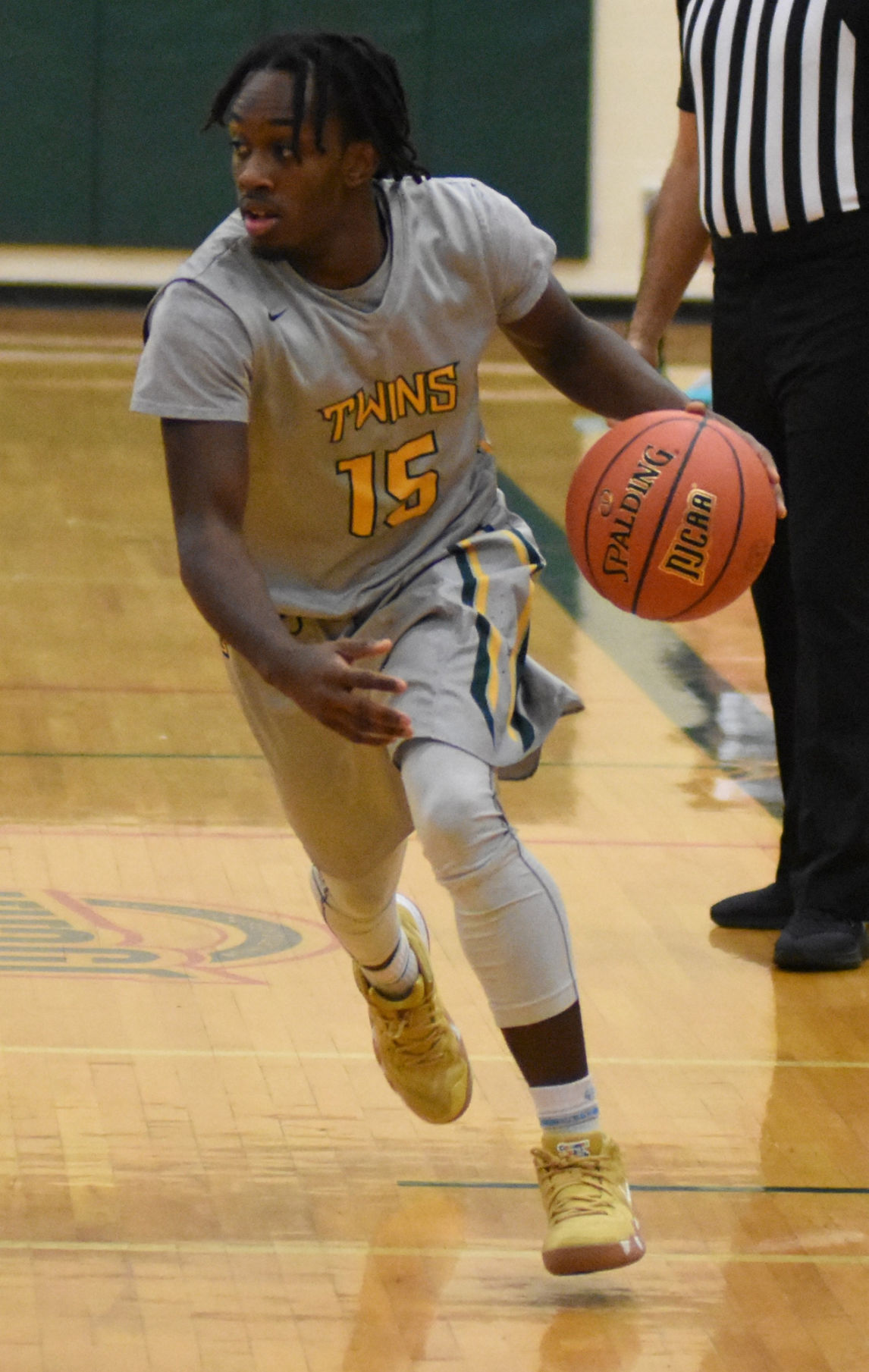 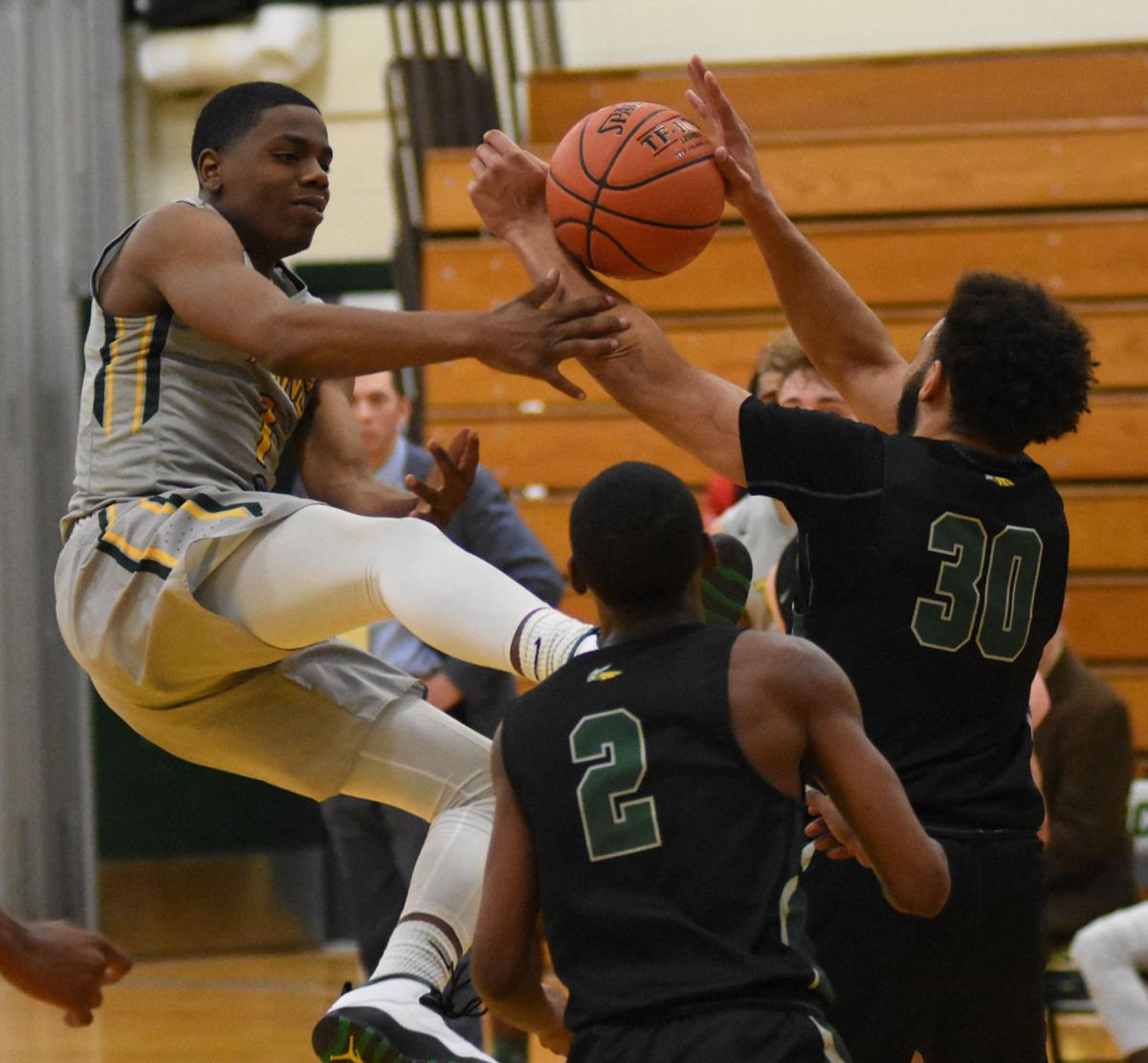 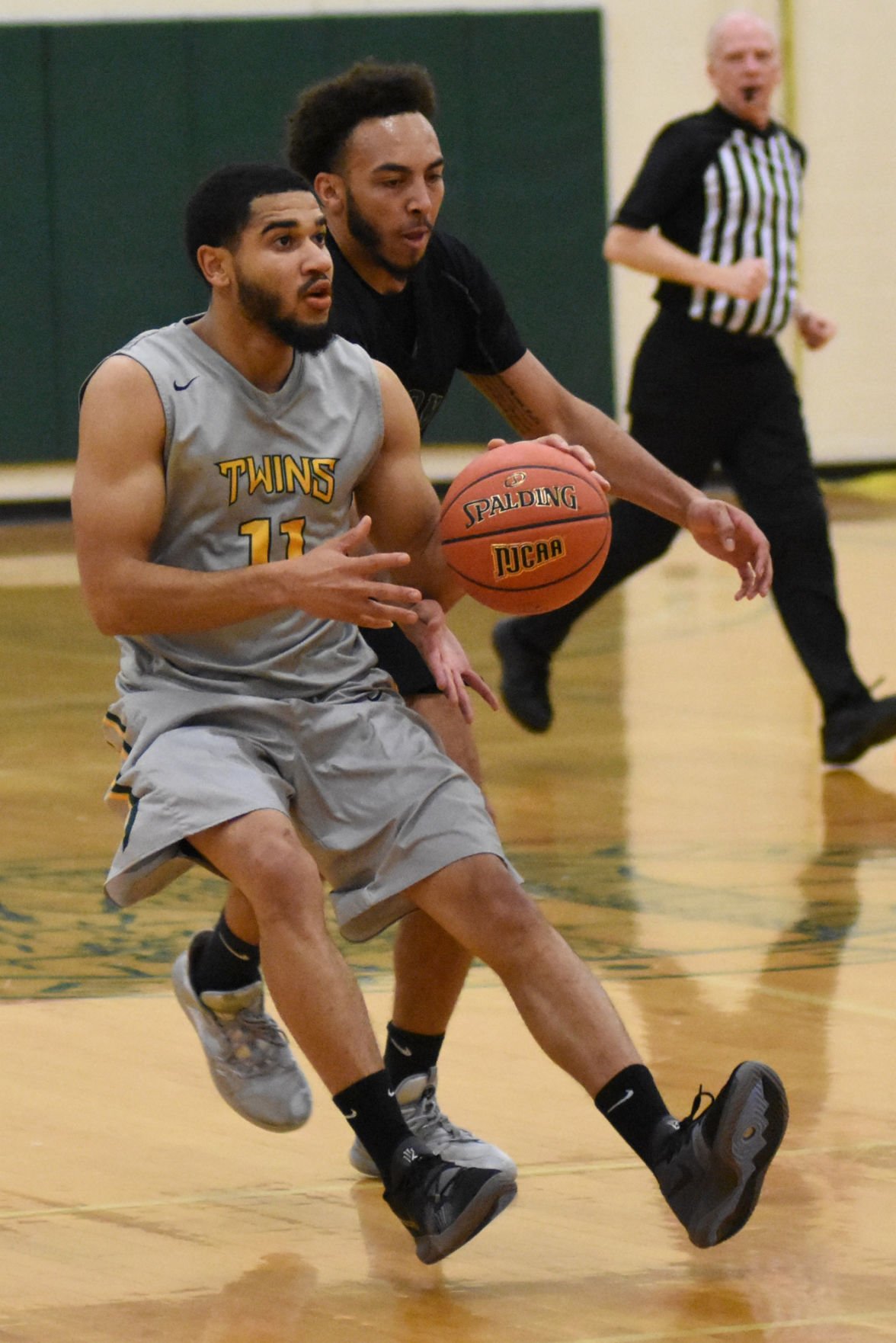 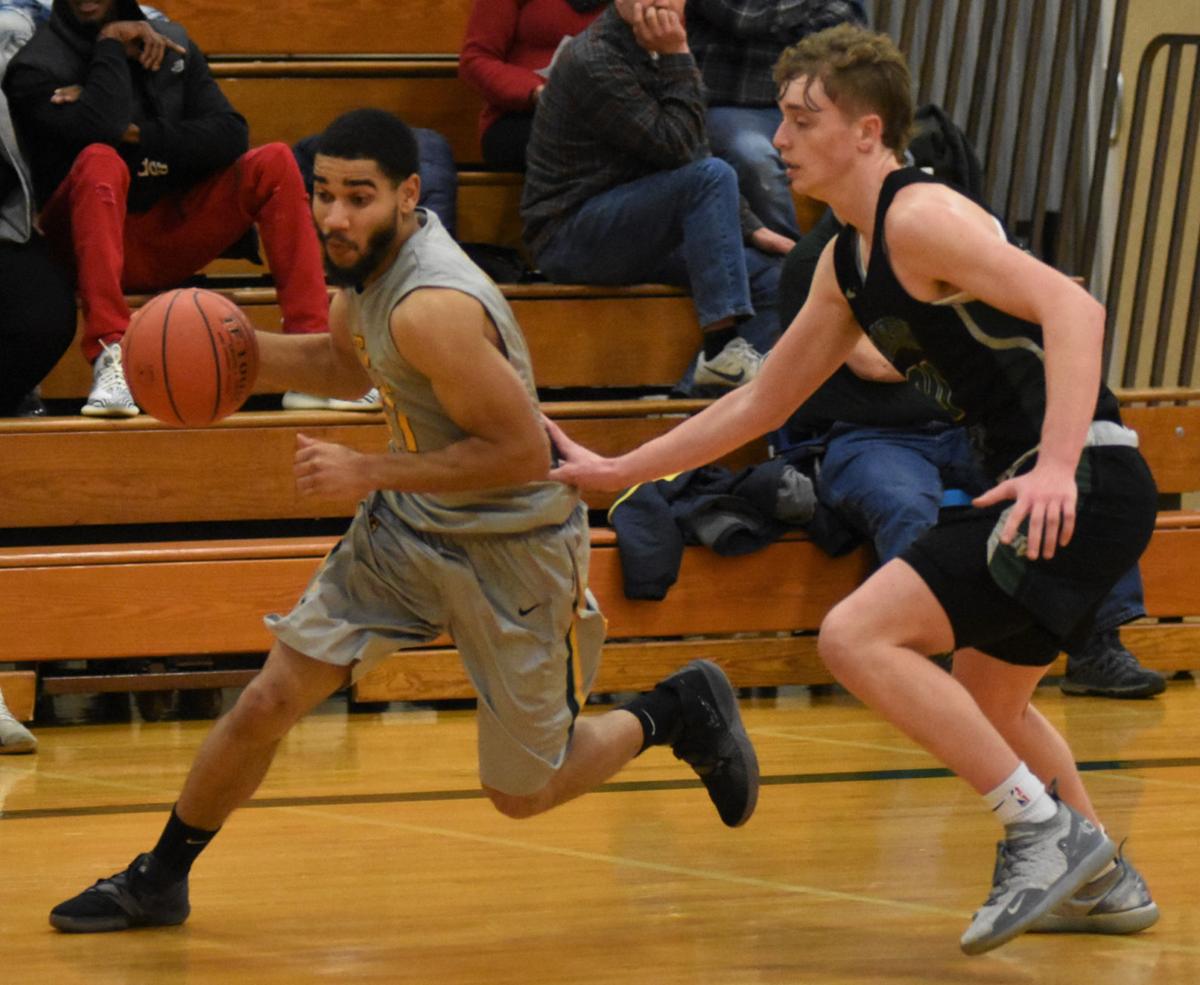 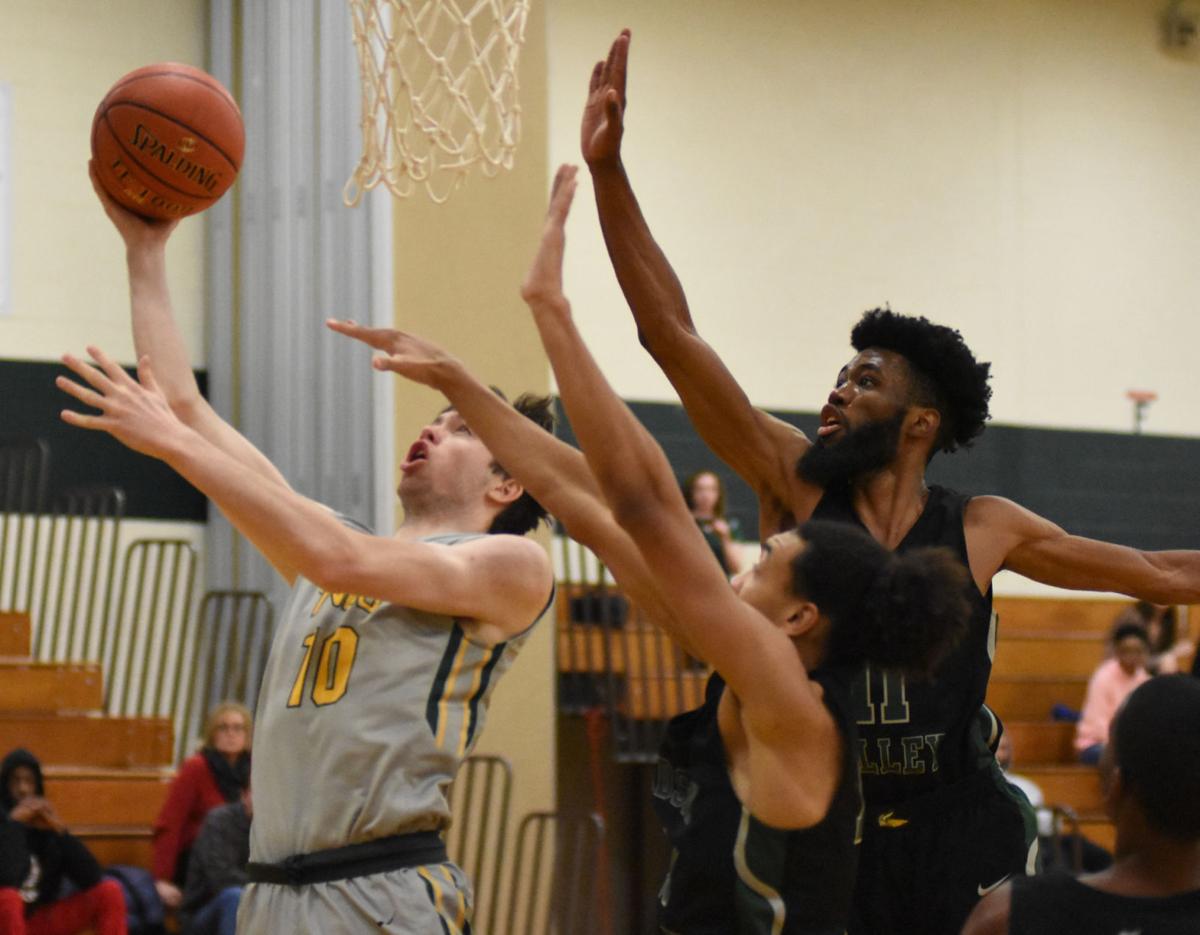 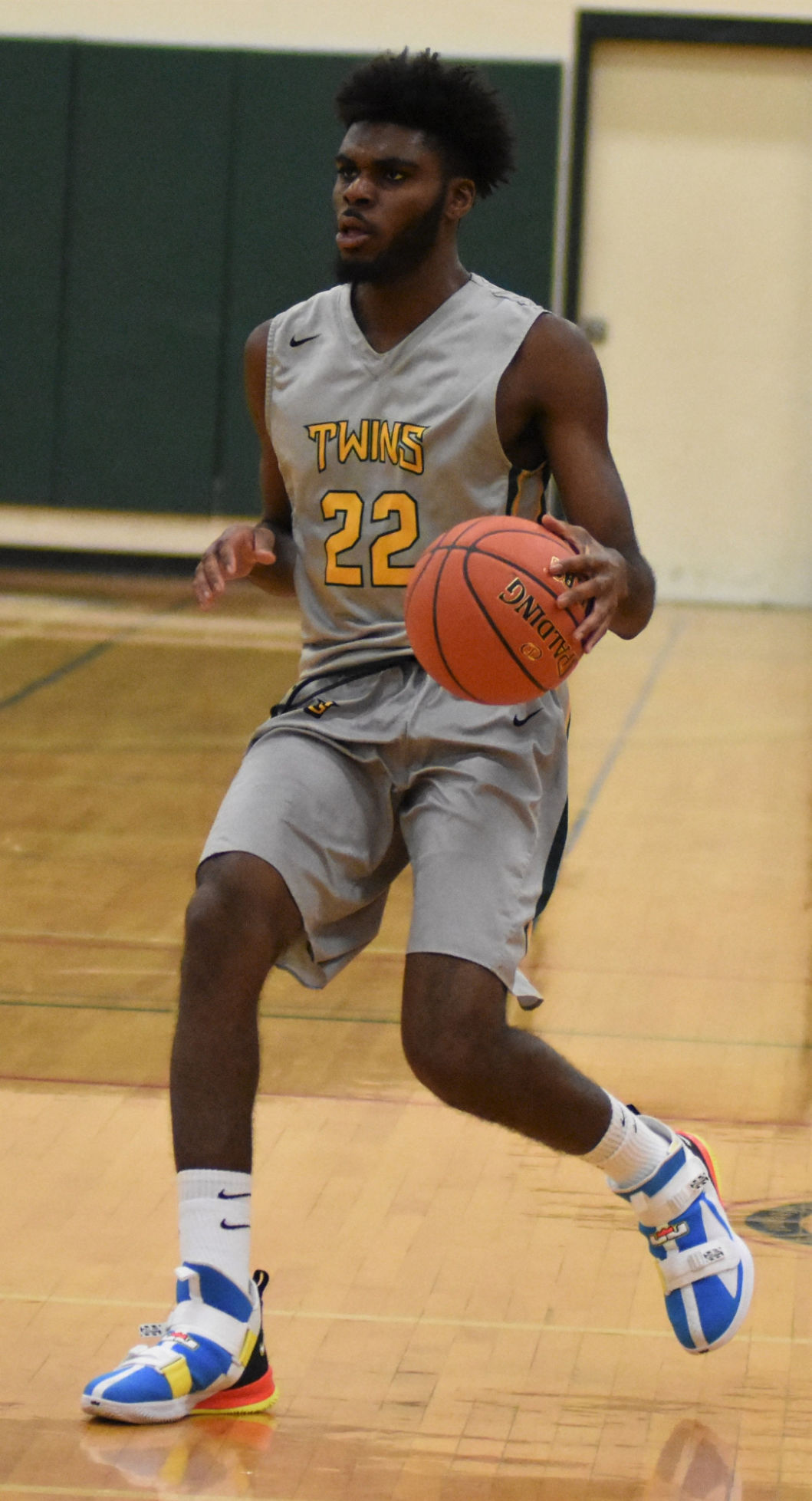 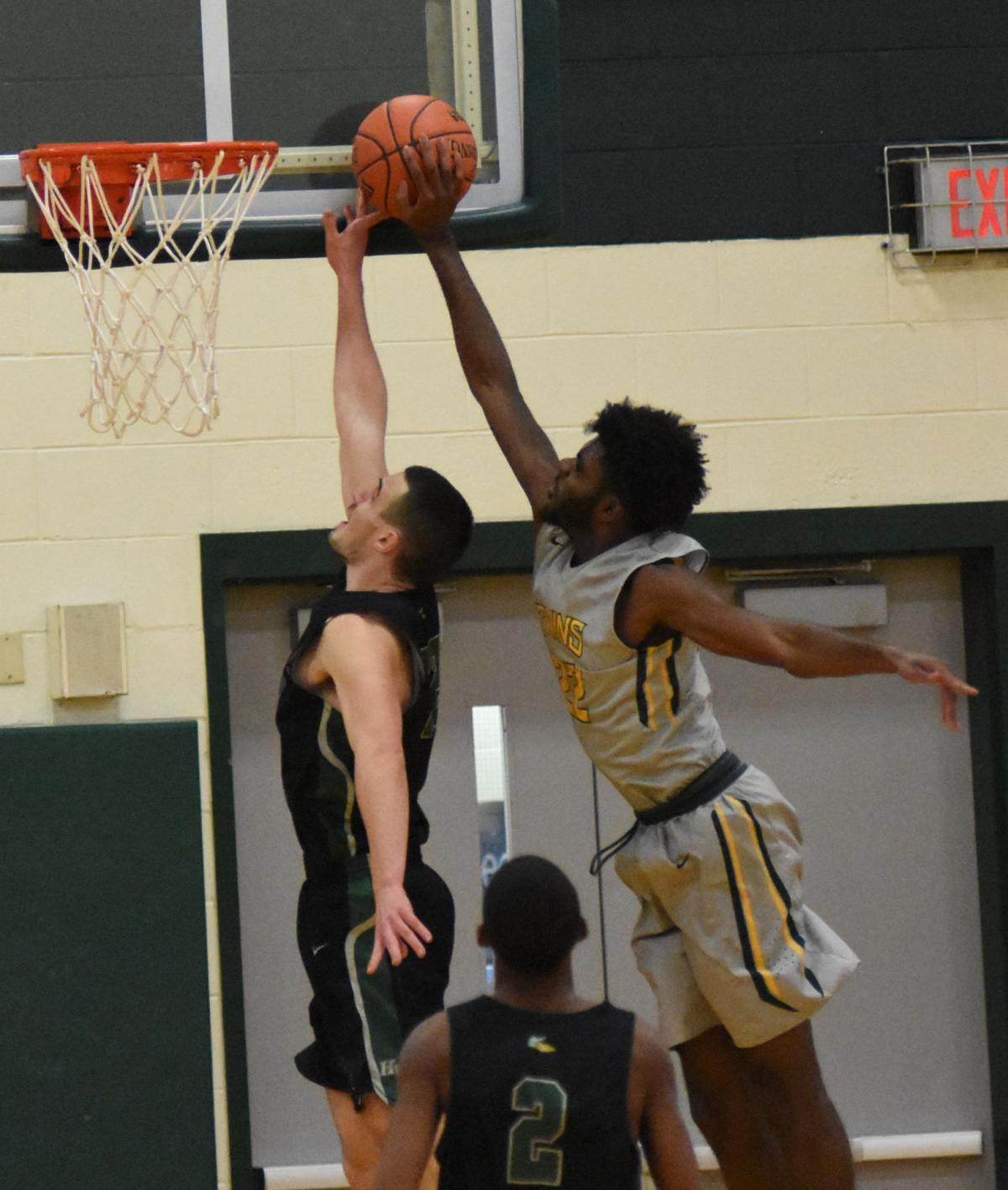 HVCC’s Brandon McKenly led all scorers with 23 points on the afternoon, 17 of them coming in the second half.

The Twins were in the game early on, trailing 17-16 midway through the first 10 minutes. Both teams played tight defense throughout the opening half, and traded the lead more than a few times.

With 6:34 to go, CGCC freshman Rande Harper had a chance to take the lead again at the free-throw line, but missed one and made the other, and the game was tied 24-24.

The Twins continued to look good on defense by getting in between pass attempts by the Vikings and forced more than a handful of turnovers.

However, the possessions that resulted from those steals, were plagued with over aggressive screens and errant passes that sailed out of bounds and their offense was missing the opportunities the defense afforded them.

Hudson Valley’s Luke Bourgault hit a big three-pointer with 5:00 left before halftime and this provided the jolt the Vikings needed to go up 35-32 at the half.

HVCC started second half with two alley-oops on consecutive possessions to McKenly extend their lead and spark a 10-2 run.

C-GCC’s overzealous ball handling persisted in the latter half of this game, and was keeping them from scoring points to get back in it. It was not looking good for the Twins with ten minutes left in the game with the Vikings up by 20 points.

After a timeout, CGCC suddenly played with more focused urgency, defended more effectively, and chipped away at the Vikings’ lead.

At the 4:19 mark, Cameron Thomas was awarded his layup and a foul shot, which he converted to bring the Twins within nine points of the lead.

Unfortunately for them, this was as close as the Twins would get in the final few minutes of the contest.

When the buzzer sounded, the Vikings beat the Twins to improve to 10-4. The loss drops Columbia-Greene to 5-9. The Twins go to Clinton CC on Tuesday at 4 p.m.