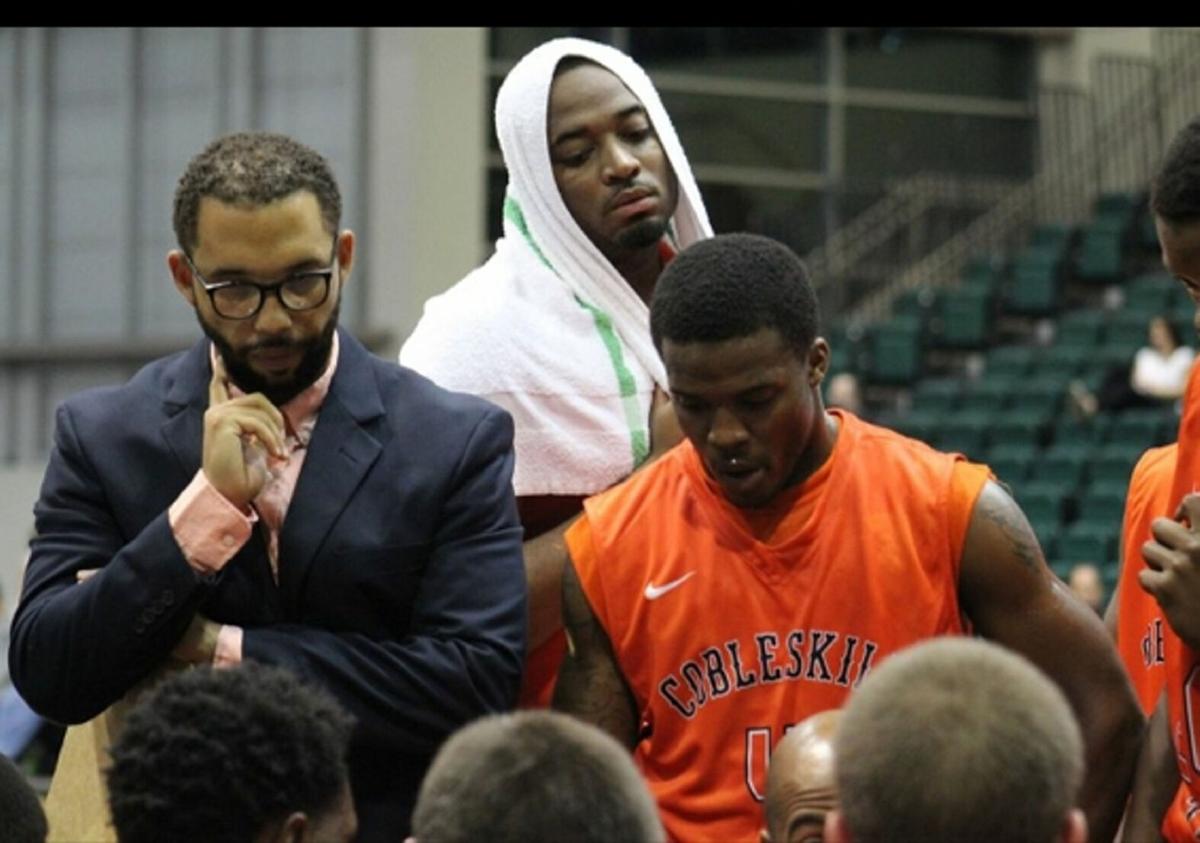 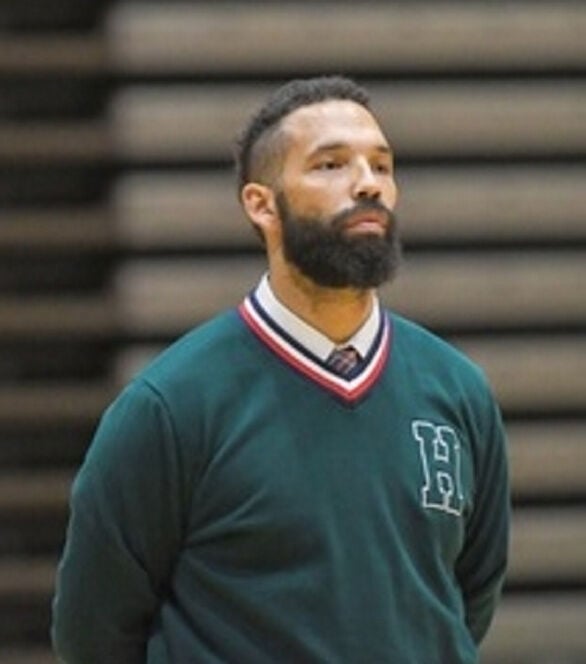 HUDSON — After leading the Hudson Valley Community College women to three postseason appearances in four years, Robert Coleman has been hired as the men’s basketball coach at Columbia-Greene Community College.

Coleman takes over for Ryan Parshall, who posted an 9-18 record in his only season as the Twins’ head coach.

“Columbia-Greene Community College and the athletic department would like to welcome Robert Coleman to the team,” athletic director Nicolas Dyer said. “Robert has experience as a NJCAA region 3 basketball coach and is ready to bring our men’s basketball team to the next level.

“The hiring committee looked through many resumes and Robert was the standout in the group. The committee concluded that his experience and skill set would help the basketball program move forward and that he would fit in well with the department.”

Prior to Hudson Valley, Coach Coleman served as an assistant men’s basketball coach with the State University of New York at Cobleskill. In his two seasons at Cobleskill, Coleman helped lead the Fighting Tigers to the 2015 NEAC Conference Championship and a 2015 NCAA Tournament berth. Prior to Cobleskill, Coleman assisted the Hudson Valley men’s basketball program under Coach Mike Long and also helped build a successful AAU/CYO program at the Troy Boys and Girls Club.

Coleman is excited to be taking over a Twins program that has now had four head coaches in four years.

“It was as much a personal decision as professional,” Coleman said of his decision to leavue Hudson Valley. “It was the perfect storm. Out of all the interviews I went on this past summer, and I had a lot of opportunities, I felt like when I interviewed with Columbia-Greene, I was the most myself, the most honest and transparent at that interview and felt the most comfortable to be able to do that.

“During that interview I answered aggressively. I don’t know what it was that day, I was just feeling it, and when they called me back and said they were still interested and I thought ‘hey, if you can handle me doing that kind of stuff then this is the place that I want to be.’

Coleman is proud of the program he built at Hudson Valley and feels he can duplicate that success at C-GCC.

“Development, that’s what it’s all about for me, developing student-athletes to get to that next level. “I like to accomplish new things and develop programs. I kind of like hanging my hat on that.”

Switching from the women’s game back to the men’s will not be a problem, Coleman says.

“At SUNY Cobleskill, I was on the men’s side of things, working under coach Matt Allen,” Coleman said. “I took the opportunity to go to Hudson Valley and coach the ladies and I loved it. I learned a lot about myself doing that, but just felt as much as I affected positively the young women.

“I feel I did that much more for the young men and I wanted to get as far as I could developing them and helping them. To be quite candid, I feel young men respond to me differently. Who can I impact more? That’s what it was all about for me.”

On-campus housing has always been an issue when recruiting athletes to Columbia-Greene, but Coleman doesn’t foresee that as a problem.

“There are not as many with on campus housing as people think. Of the schools in the Mohawk Valley only about half of them have dorms and some have outsourced,” Coleman said. “It’s something that seperates the kids that are very serious about your program and the kids that aren’t. Not having dorms and young men and women having to find their own housing, if they go through that effort, you know you have a kid that wants to play for you and who is going to show up to strength and conditioning, show up to study hall and all of that.

“To me, it’s more of a filter between the contenders and pretenders, those kids that are actual prospects/recruits and those kids that are just dragging you along. Once you tell a kid you’re very interested in coming and playing for you and they ask about living arrangements, I give them all the information that I can, but I’m not going to help you in that journey. They ask me why and I tell them I want them to do it for themselves. They have to learn that.”

Coleman expects to cast a wide net when looking to restock the roster with fresh talent.

“It’s a numbers game,” he said. “I go by the 10% rule. You actually have to be recruiting 100 student-athletes to have 10 of them come play for your team. I would rather have 5,6,7 guys that are going to show up every day, work hard every day, come to strength and conditioning. Strength and conditioning, study hall, good grades, those things are not voluntary. Those things are only voluntary if you don’t want to get to the next level that during our conversations you said you wanted to get to.

“If you want to be successful, those things are not voluntary. I’d rather have 5, 6, 7 guys than 12-14 guys that are sometimesy. I want those guys that are going to do everything, not just some of the things.”

Coleman expects to run an offense that will be exciting to watch and to play in.

“The closest thing I could say would be Golden State before Kevin Durant, because they played a lot more iso-ball when Kevin Durant was there,” Coleman said. “That fast-paced Suns team with Steve Nash and Amare Stoudamire, that Mike D’Antoni seven second or less offense. My job is to get young men and women to the next level, whatever that level may be. Within that comes little pieces. We have to play a style that people want to watch, and that includes other coaches.

“Other coaches don’t want to see you run a millions sets. It’s boring and you’re not going to run the same sets with them. They want to know that you can do the basics. I’m not saying AAU basketball where it’s just helter-skelter, I’m saying a controlled chaos. So it’s a very open style, but it has concepts or skills that are going to be transferrable. Transferrable skills are another thing that are going to get you a job besides just getting you a scholarship or being able to continue your basketball career.

“When you are able to use the term transferrable skills in a job interview, that’s what’s going to get you a job and that’s what it’s about. It’s about building a system that has transferrable skills, but isn’t bogging them down because they have enough to think about every day anyway, whether it’s in their personal life ort teir academics. I don;t want them to have paralysis by analysis. I don’t want them overthinking and have that stopping them from playing.”

Defensively, Coleman plans to play a full-court style of pressuring the ball.

“My teams score in the 90s, but the way to do that is you have to play outstanding defense.” Coleman said. “The games where we would only score 50-60 points, it’s because the players didn’t feel like playing defense that day.”

Because of the coronavirus pandemic, Coleman has only been able to conduct virtual meetings with his prospective players.

“I’ve sent the guys workouts and told them these types of things aren’t voluntary, if you want to be great you you want to go out there and beat these teams really bad,” he said. “I’ve sent them some strength and conditioning as well as some skill development stuff. Everything is at a distance right now. Our initial plan was first practice on Jan. 4, but I’m not sure if that’s still going to be intact with everything that SUNY is doing right now.”

Coleman is confident he can build a consistent winner at Columbia-Greene and is ready to roll up his sleeves and get to work. “My goal is to instill my culture on the program, the athletic department and the school as a whole,” Coleman said. “To get buy-in from the student-athletes when we step foot on campus. Now that might be the first practice, that might be the 101st practice — hopefully, it won’t take that long for it to click for them and me.

“I’m very confident in what I’m doing works, and what I’m doing doesn’t work for me it works for them. I want them to see that I am really here for them and for them to buy into that, and the quicker they buy into that the quicker we’re off to the races. That’s not just on the court, that’s off the court and on campus and throughout the community as well. My immediate goal is to change the DNA and the culture of Columbia-Greene men’s basketball. When you do that, the wins and all of that will come.”

Why Generic Savings Matter During the Holidays

Don't Get Scammed: What to Know Before Hiring a Timeshare Exit Company

Celebrate the holidays in Myrtle Beach

3 tips to make this the cheesiest holiday ever

Undaunted in the face of a challenging diagnosis

Can a vacation save your life?