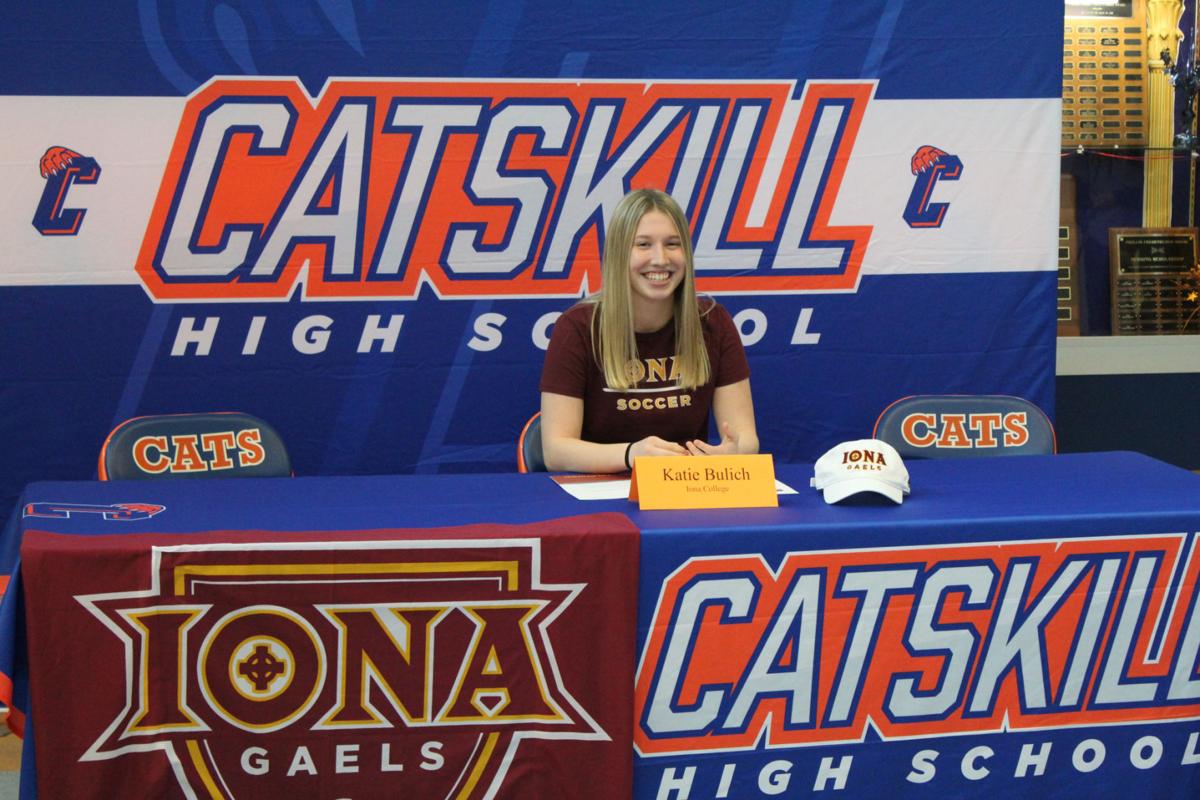 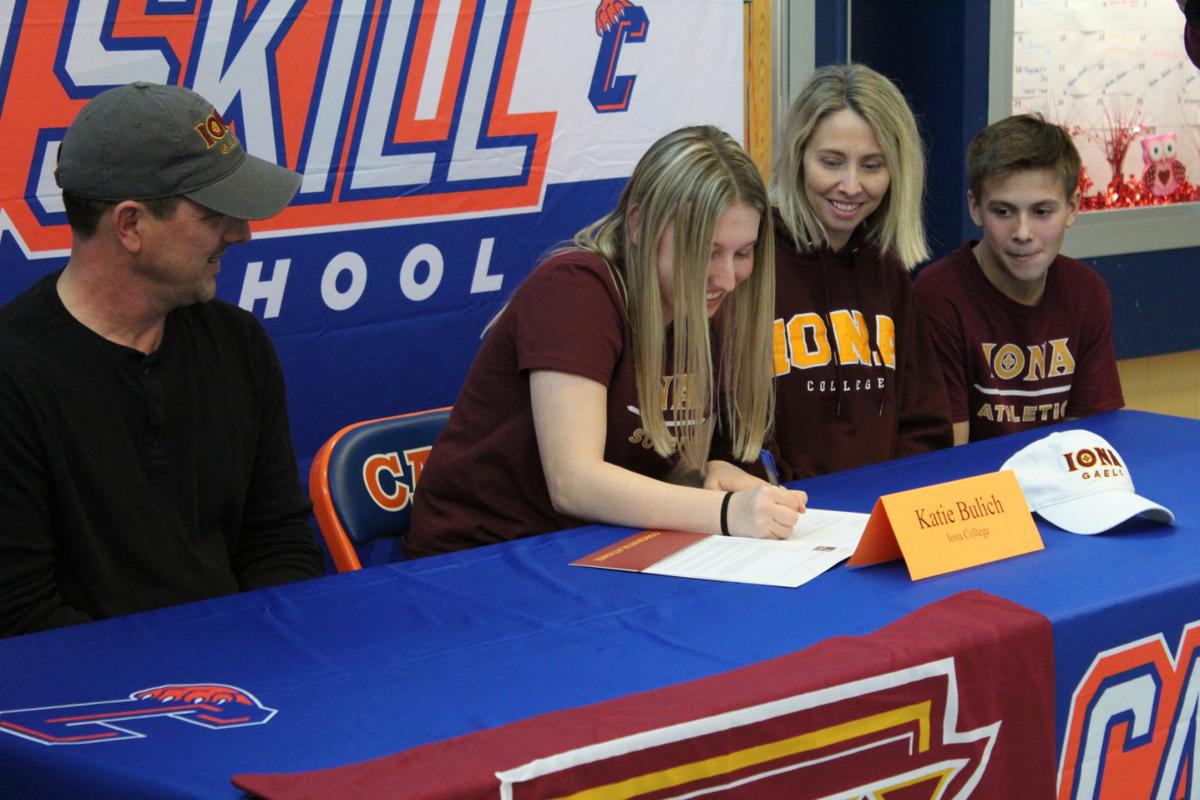 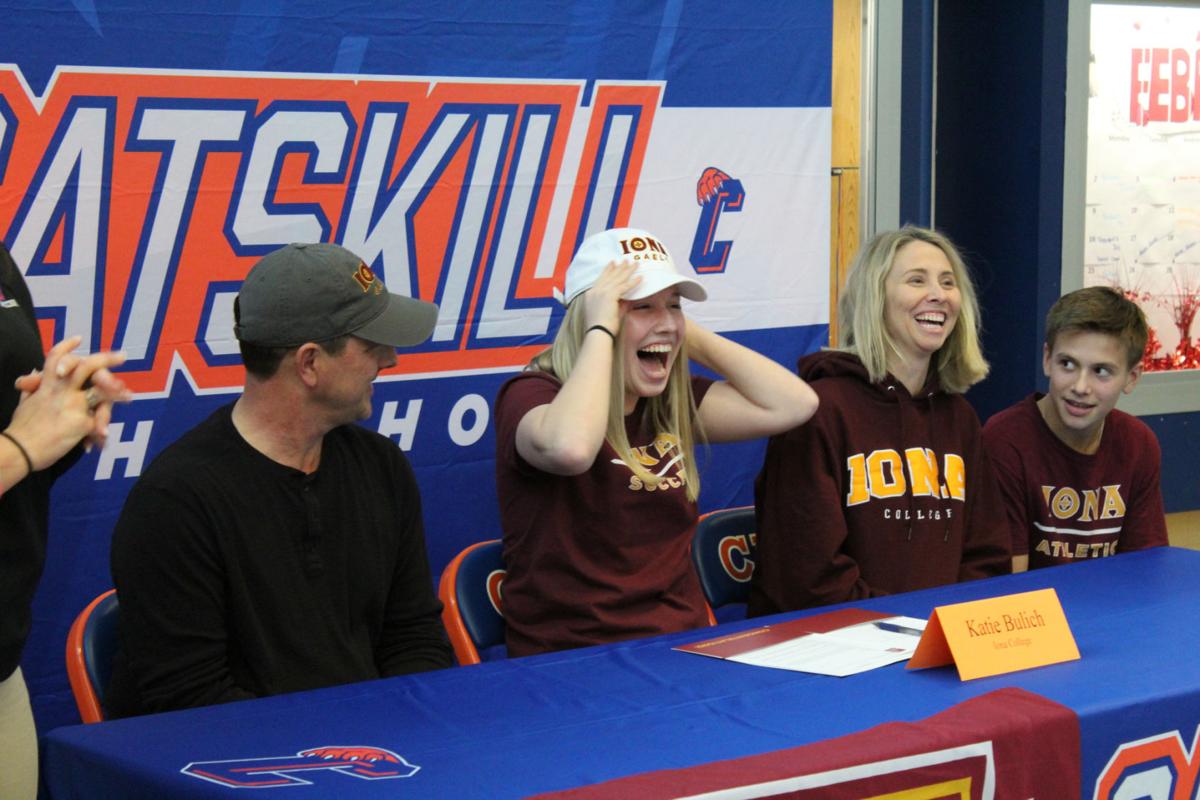 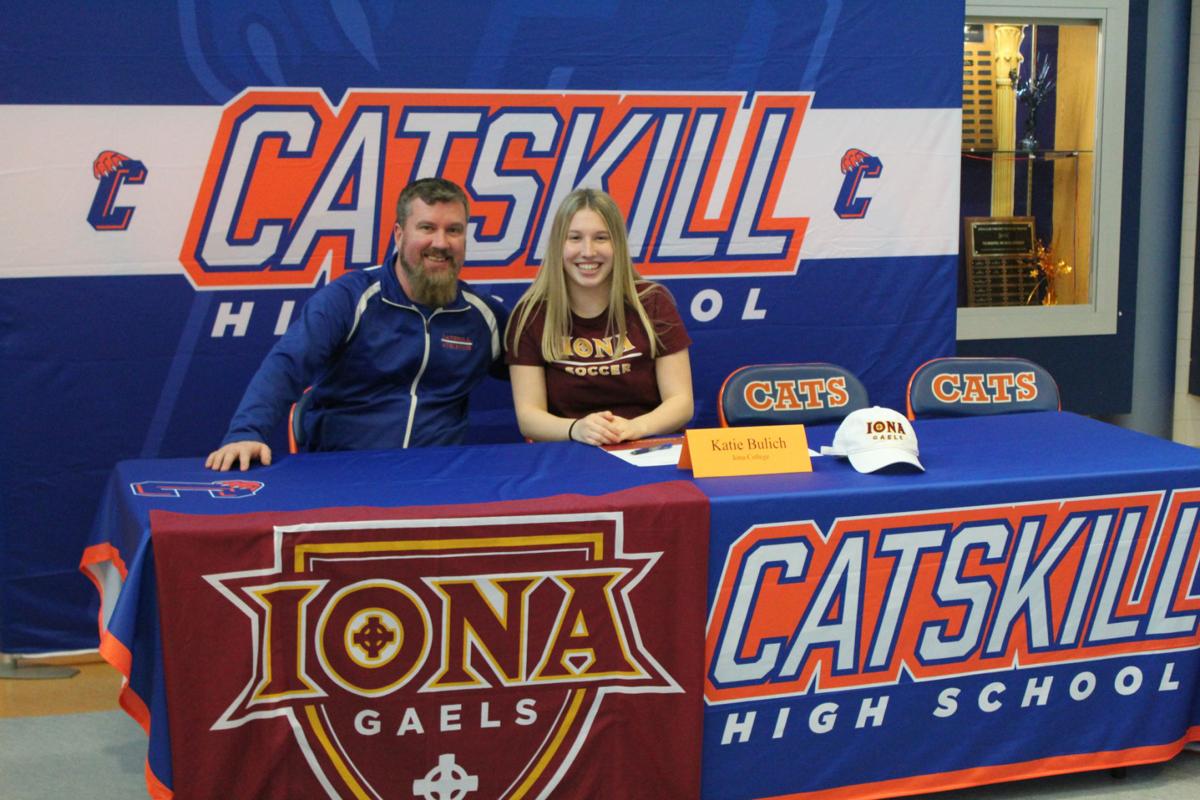 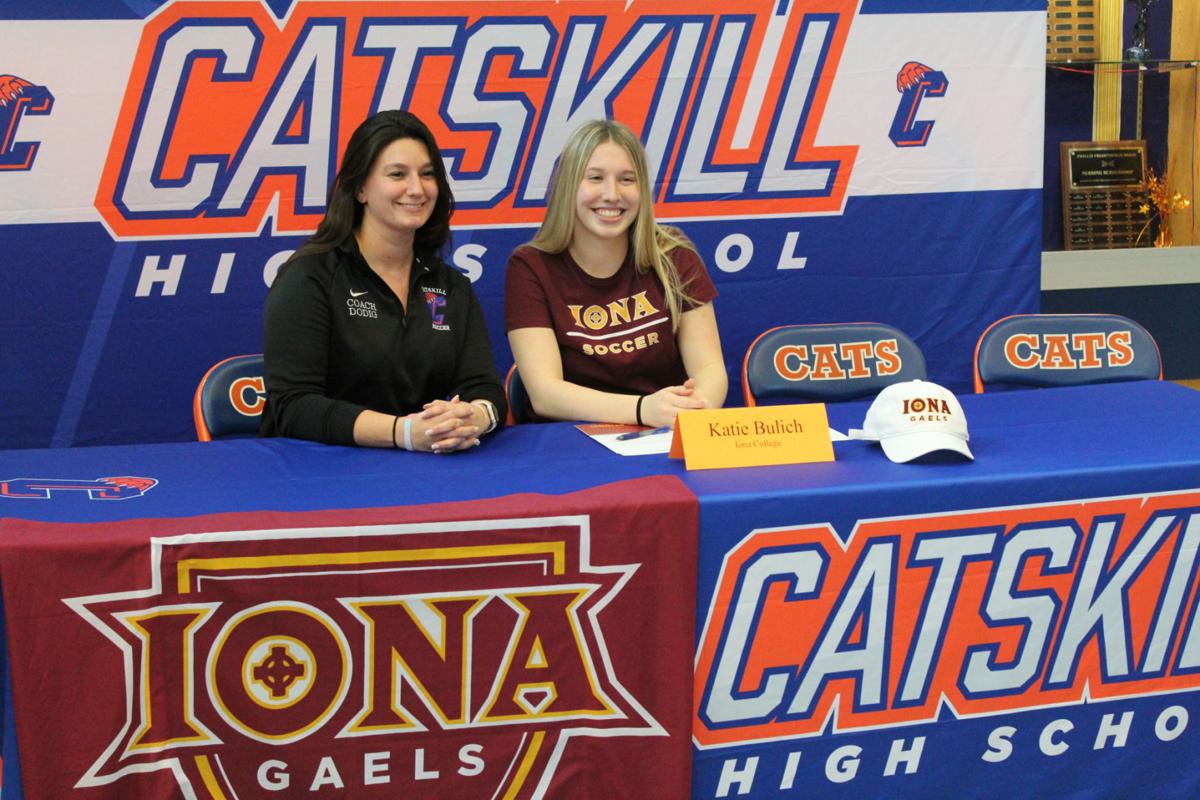 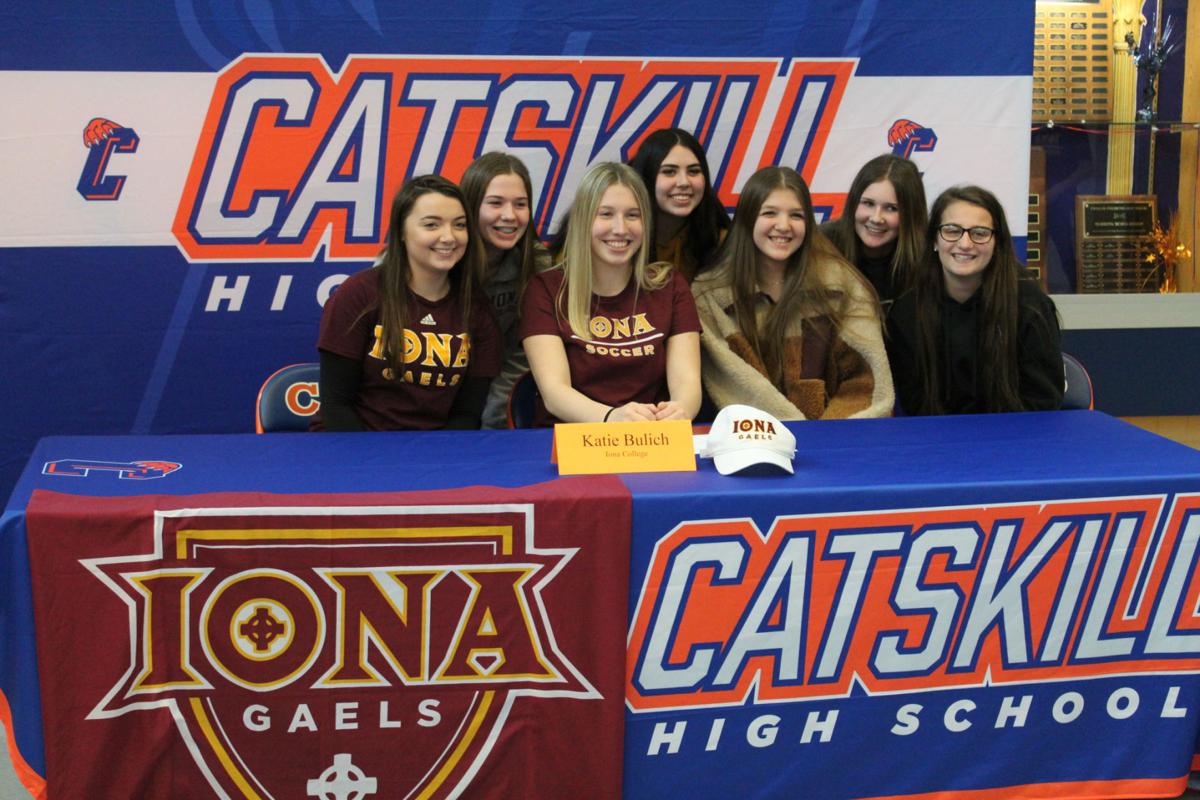 Bulich has won two straight Patroon Conference MVPs and has been a standout for the Cats in her career thus far. “Katie has had a stellar high school career here at Catskill and we are so happy for her as she looks forward to this next chapter,” said coach Catherine Dodig.

Bulich was on the fence about colleges in the early stages of this decision making process.

“I was considering smaller D-II schools and some D-III’s,” said Bulich, “but what led me to Iona was I’ve always really wanted to play Division I. When I visited I loved the atmosphere…and I just thought it would be a really good place for me.”

Bulich had already overcome adversity this year, battling through injuries on her way to a second consecutive MVP, but was quick to point toward the people around her that helped fuel her success.

“This year was hard because I was struggling through injuries, so a lot of it came from my teammates this year. They always came around me and pushed me to keep playing and to never give up…and also a lot of credit goes to other girls on my club team.

“Showing up to practice every day, and you’re playing with girls at such a high level, I have to show up, I have to play, and it just makes you better every single day.”

Katie is confident that because of that support, and the growth she experienced from great coaching she’s received over the years, she will be able to succeed at the next level.

“My perseverance. I know it’s not going to be easy, especially at a Division I level, but I’ve been taught by great coaches, I’ve been playing great competition already, so I think that that’s going to shine through.

“And I know that every girl at Iona that I play with will be the same way, but I know that what I’ve already been taught is going to help me get to where I want to be.”