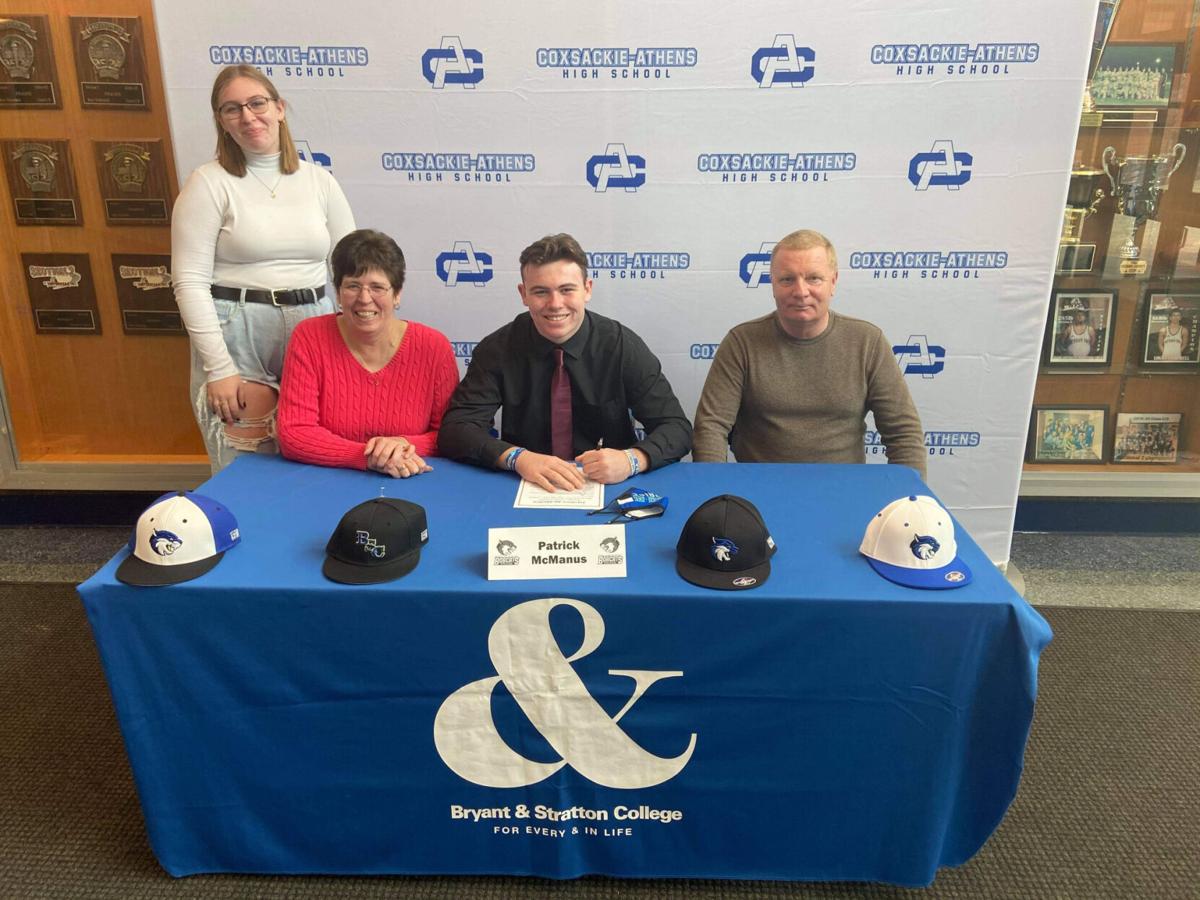 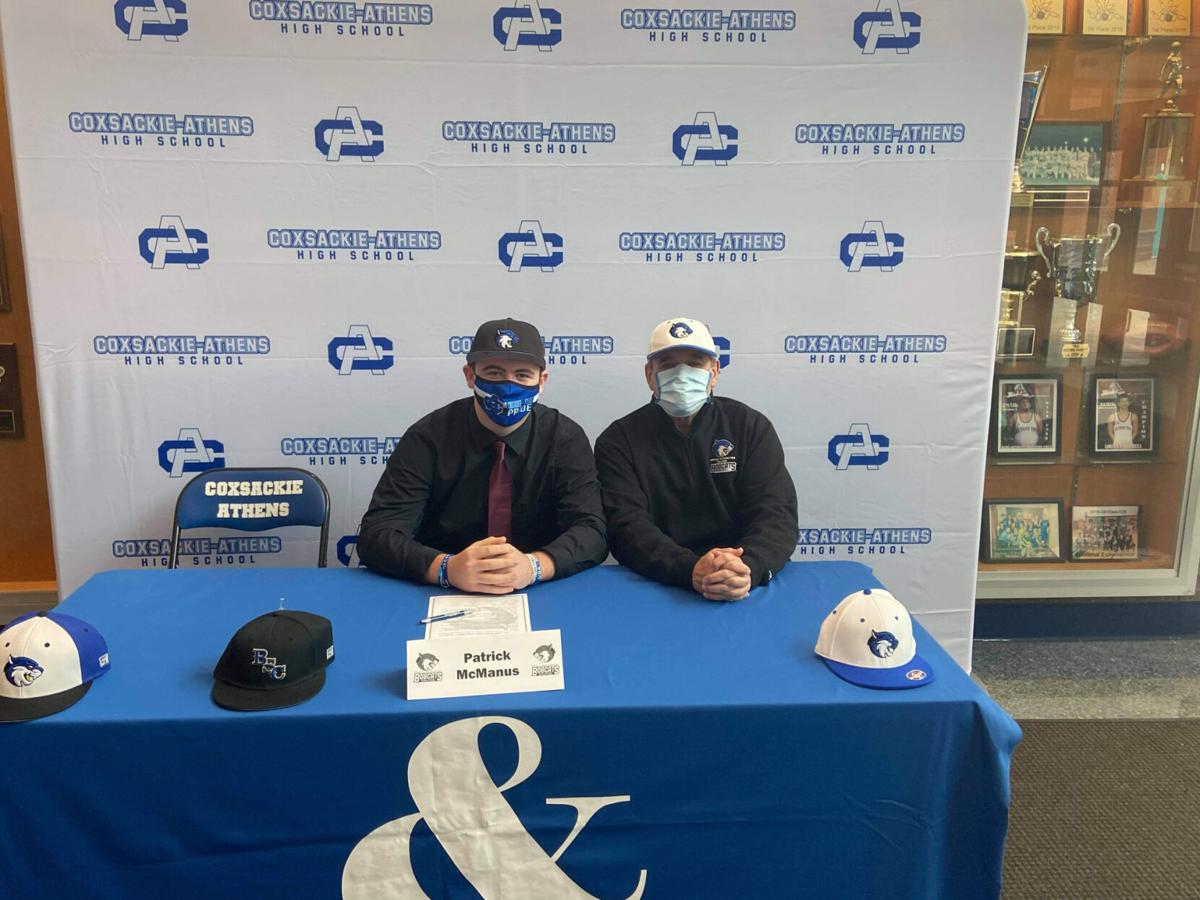 COXSACKIE — All it took for Coxsackie-Athens baseball standout Patrick McManus to decide Bryant & Stratton College in Albany was the right choice to continue his academic and athletic career was a few conversations with Bobcats head coach Bob Godlewski.

McManus made it official on Friday, signing his letter of intent to attend Bryant & Stratton during a ceremony at Coxsackie-Athens Middle School.

“The determining factor for me to choose Bryant & Stratton was definitely the connection I had with Coach Godlewski,” McManus said. “I will never forget when I went up to look at the school and talk with him that at the end I said to my mom, ‘I think this might be the right fit for me.’ It was more like a layup for me because the situation felt right, but I wanted to wait a little bit before I made my decision.”

Godlewski was ecstatic that McManus chose to play for the Bobcats

“I’m very excited to sign a young man of Patrick’s talent and character,” Godlewski said. ”I believe Patrick has the talent and work ethic to be a high level collegiate player.”

Curt Wilkinson, McManus’ coach at Coxsackie-Athens, had nothing but good things to say about his standout player.

“Patrick is a hard working young man that is every coach’s dream,” Wilkinson said. “He has the talent, work ethic, and is a great young man on and off the field. He has represented Coxsackie-Athens Baseball well and we look forward to him playing at the next level.”

McManus will be a starting pitcher for the Bobcats and will also see some time at first base. He’s excited for the opportunity to play for Godlewski, who has a long track record of building winning programs.

“The opportunity given to me right now to play under Coach Godlewski is amazing because he has a lot of knowledge of the game and is always looking out for the well-being of the player,” McManus said. “He is an amazing coach who wants his players to succeed at anything that they do. At the next level, I wish to succeed and sharpen my skills under Coach Godlewski.”

With the pressure of making a college choice off his shoulders, McManus is looking forward to his senior season at C-A.

“Yes, deciding on playing at the next level does take a lot of the stress off of this year,” McManus said. “My final year I would like for my team to win our Patroon Conference because being able to do that would mean a lot and also winning the Section would mean a lot to our school as well. Individually, I would like to have hit above .300 and have an era around 1.

McManus is grateful for Coach Wilkinson and the many others that helped him hone his skills.

“Playing for Coach Wilk has been great, he has fiery competitive spirit that helps make our team very good every year. He has been a great mentor to me and has helped me become a better fielder and hitter.