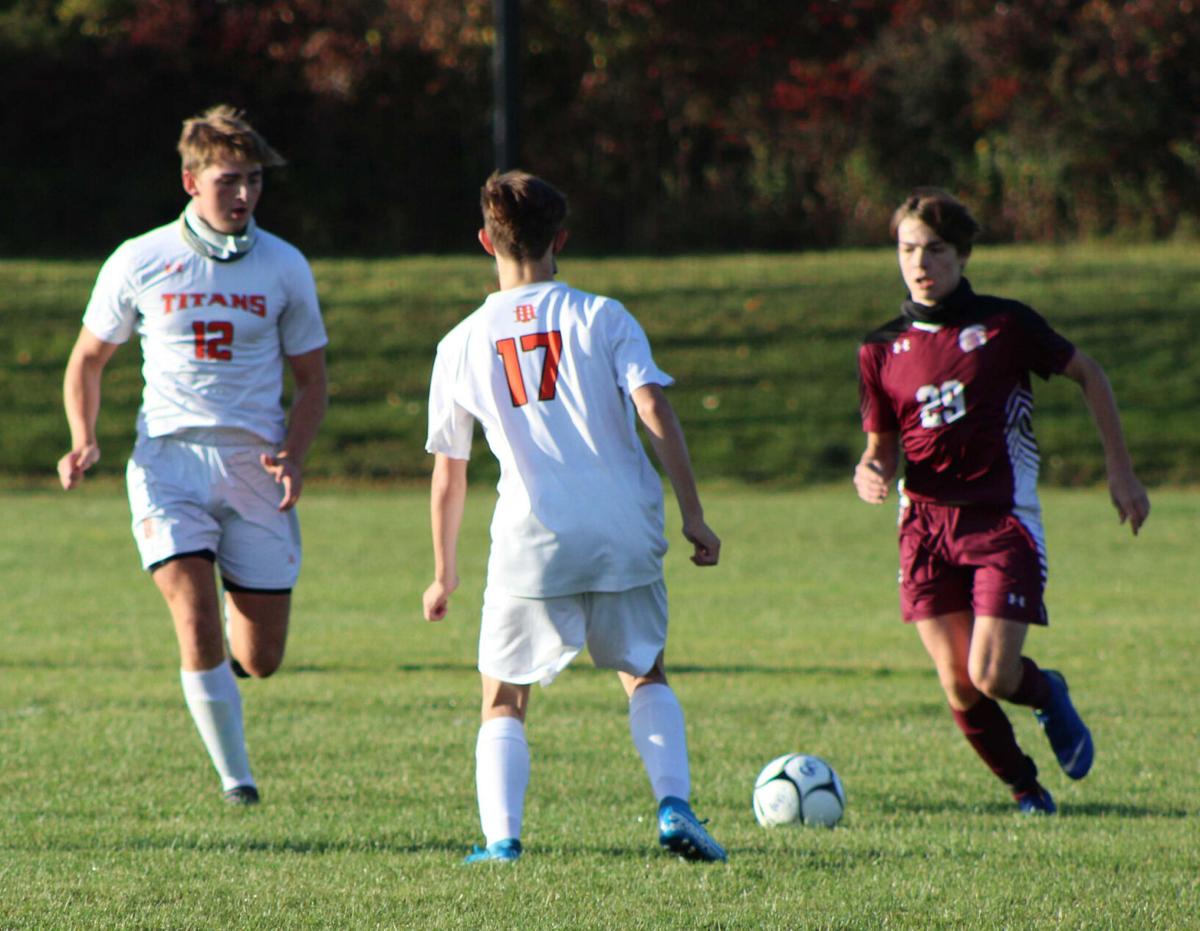 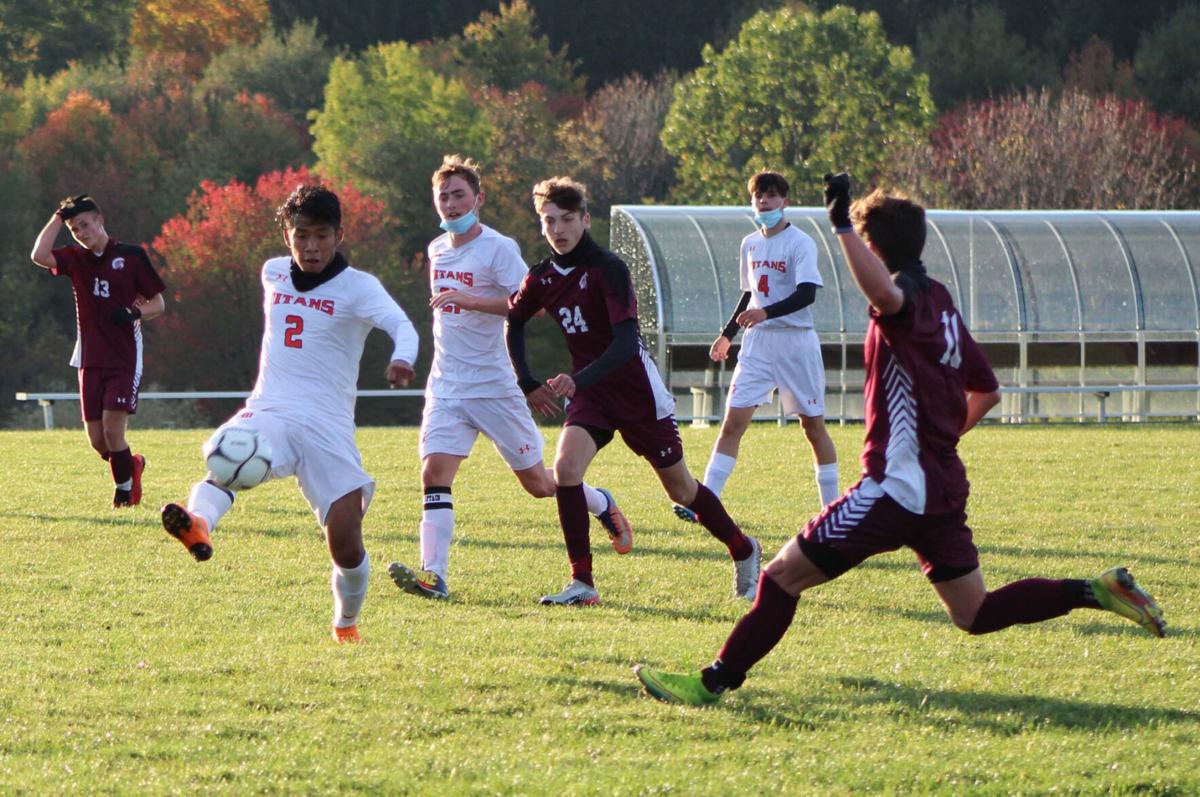 The start of the game was delayed and the prospect of playing it at all was in question altogether, as a torrential downpour swept through the area late in the afternoon. Shortly before the original start time the players were forced inside because of the storm, but the game started about an hour later as the sky cleared.

Play began with the Spartans dictating the pace at the outset, and the Titans forced to play on their heels and defend early and often. Taconic Hills’ defense was managing the early onslaught comfortably however, despite Greenville staying on the attack so long.

Midway through the first half the Titans’ defense was getting worn down and it was only a matter of time before the Spartans broke the ice thanks to their aggressive offense.

With 12 minutes left on the clock before halftime, James Mitchell found the back of the net and gave Greenville the lead 1-0. Mitchell scored again at the 3:50 mark to give himself two goals and the Spartans’ lead grew. A little over three minutes of game-time later, Greenville’s Ben Reinhard added to the lead again with a goal of his own, and the Titans were now down 3-0 going into the half.

The second half was more of the same, as Greenville kept the pressure on Taconic Hills and showed what their offense could really do. In the first eight minutes of the second half, the Spartans scored three more goals to double their lead on the Titans to 6-0.

The Titans were now showing their fatigue at this point in the game, and Greenville continued to take advantage. The Spartans had one more goal before the game was over, extending their lead to seven thanks to a penalty kick, and the game was scoreless the rest of the way.

Ultimately the Spartans won 7-0, asserting their dominance early in this shortened season and cruising to victory.

D.J. Gardner, Liam Bowden, Jack Motta and Miles Weiss all scored a goal in the second half for Greenville. Mitchell had two assists and Peyton Gergen, Weiss and Bowden all had one.

Taconic Hills hosts Cairo-Durham on Friday at 6 p.m., while Greenville visits Coxsackie-Athens on Saturday at 10 a.m.

The Cairo-Durham Mustangs came out playing hard after a 30-minute delay for weather. They controlled the first 15 minutes of the game, and were able to capitalize off a foul 40 yards out from a direct kick from Aiden Leo to Diego Rivera to go up 1-0.

Both teams had great looks at the goal, but could not find the net and they went into half time with the lead.

C-A came out after half with increased intensity and was able to keep play at midfield. Each team had great defensive plays that kept the score at 1:0. As darkness crept in, C-A was able to tie the game up with six minutes on the clock off a corner kick.

Play went end to end with good opportunities for both sides. With less than 2 minutes, C-A scored off another corner ending a well-played game by both teams, game 2-1.

Scoring for C-A were Nick Agovino and Geddie Williams from Ian Leon.