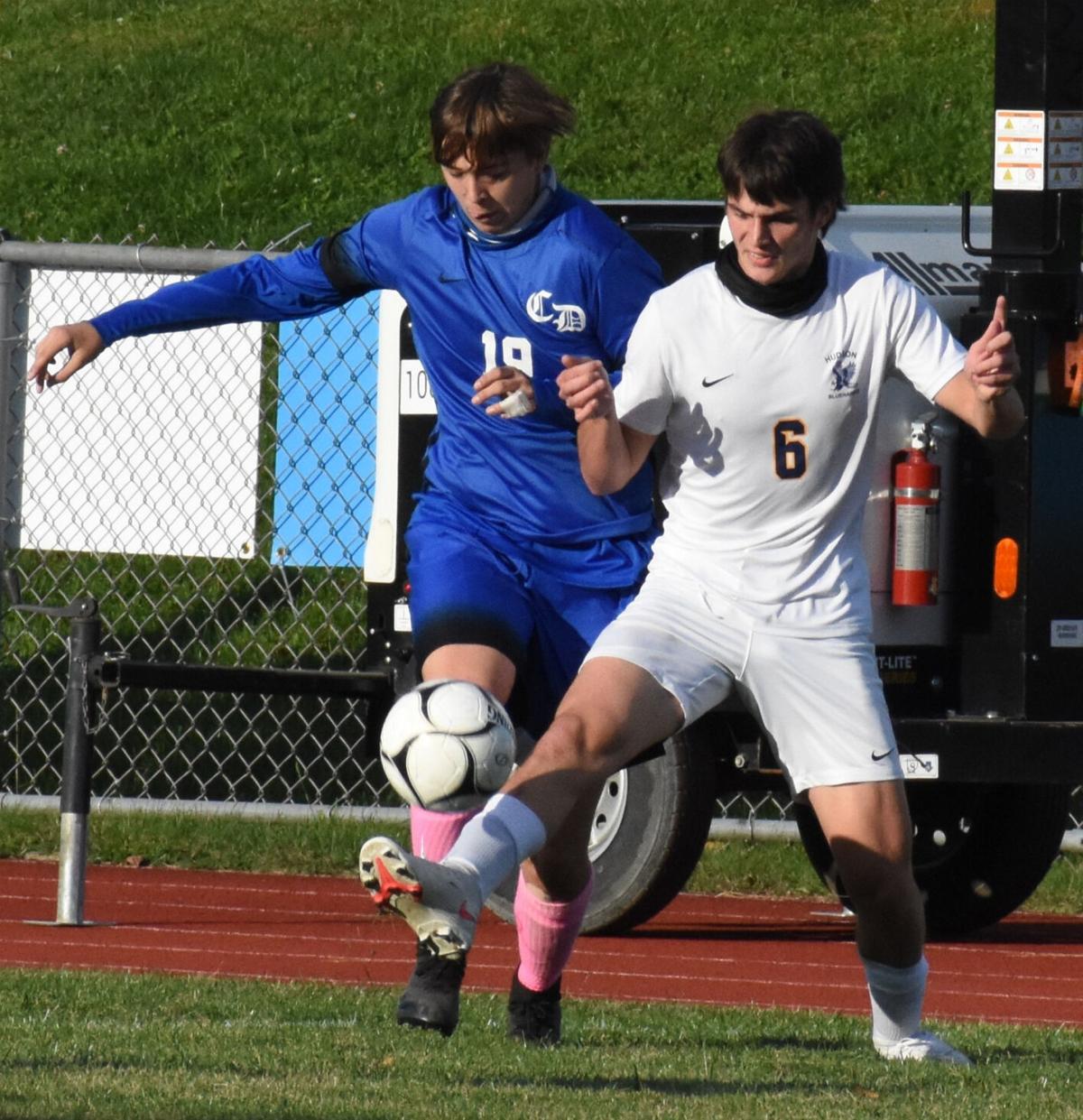 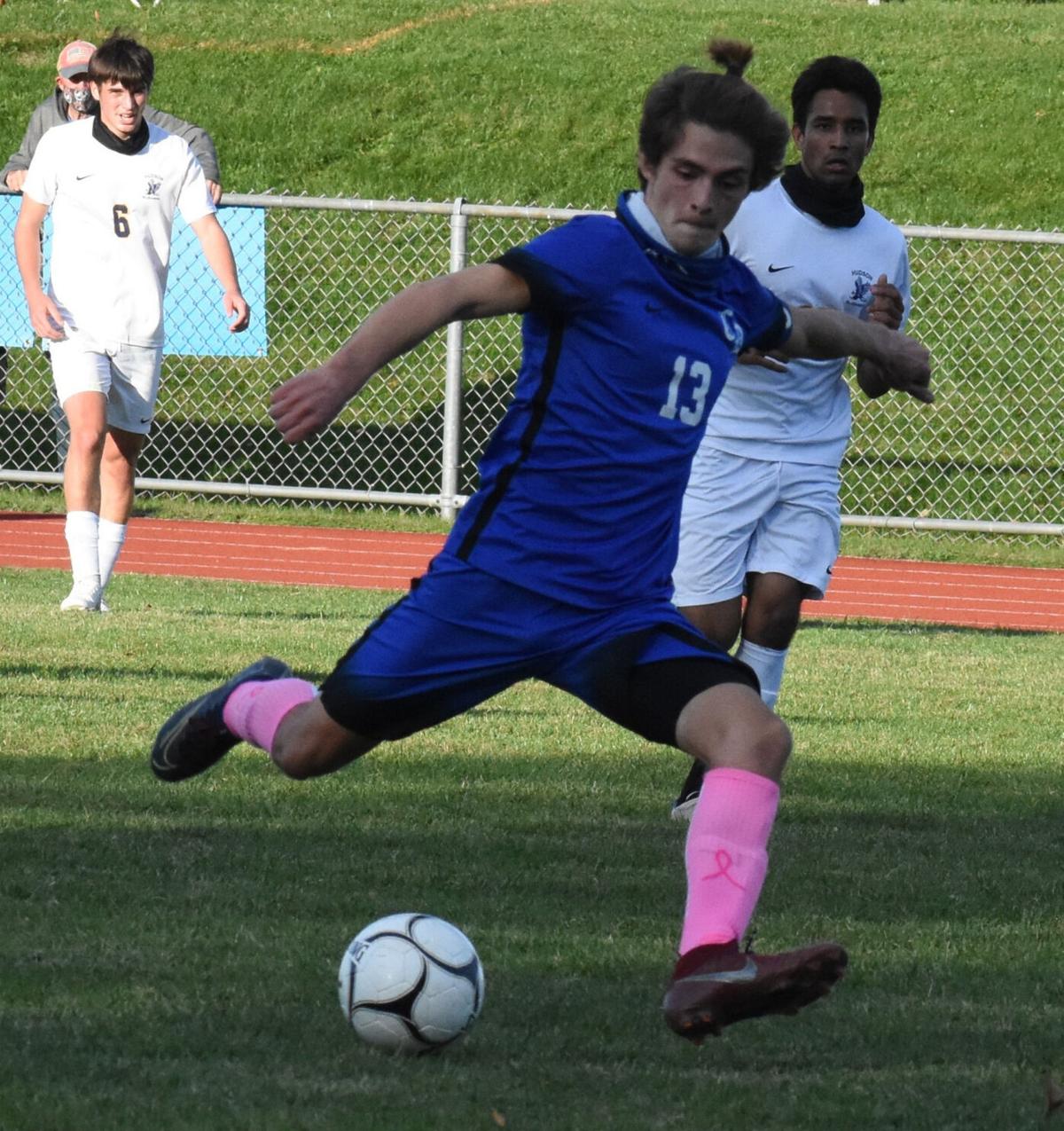 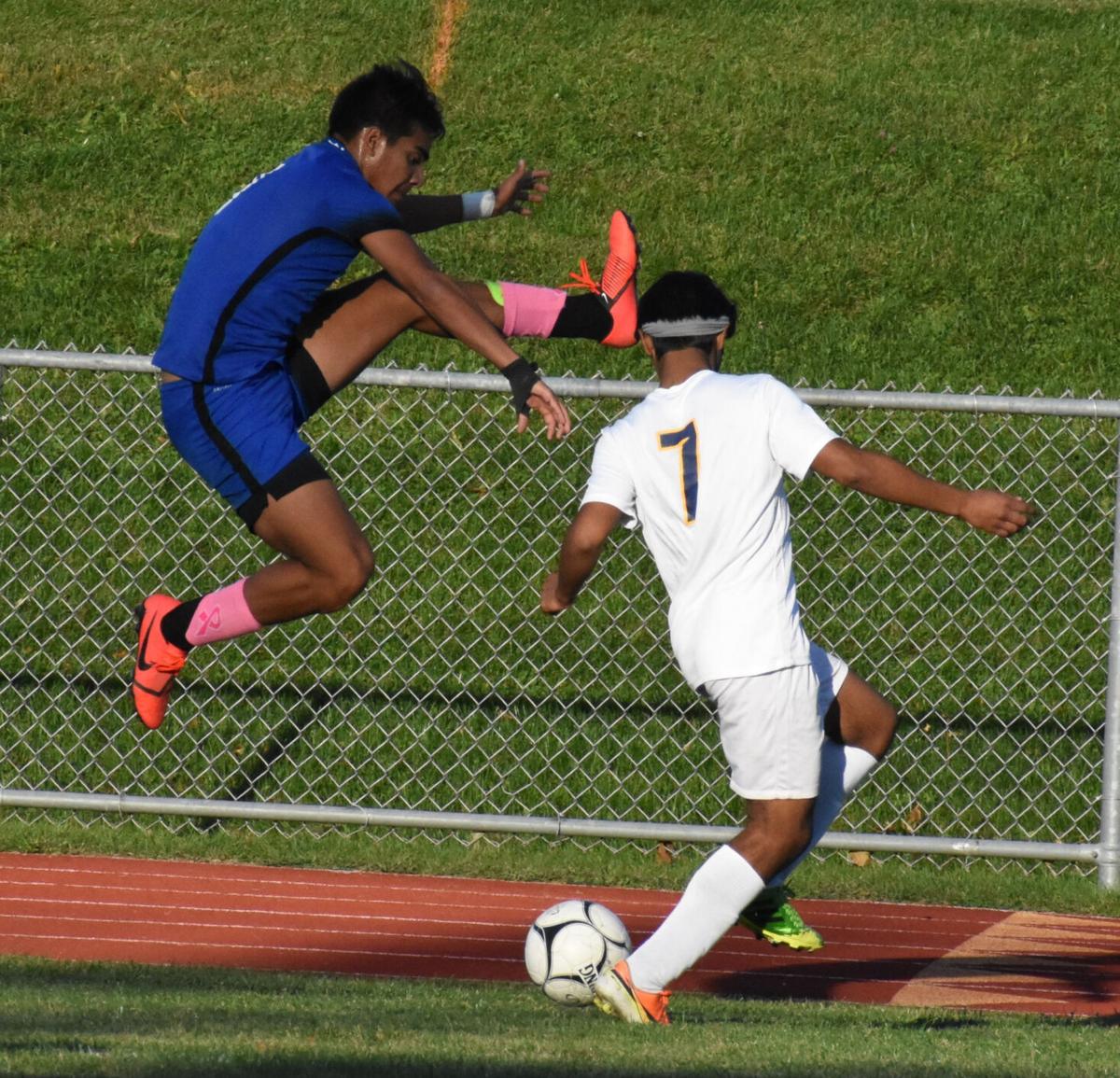 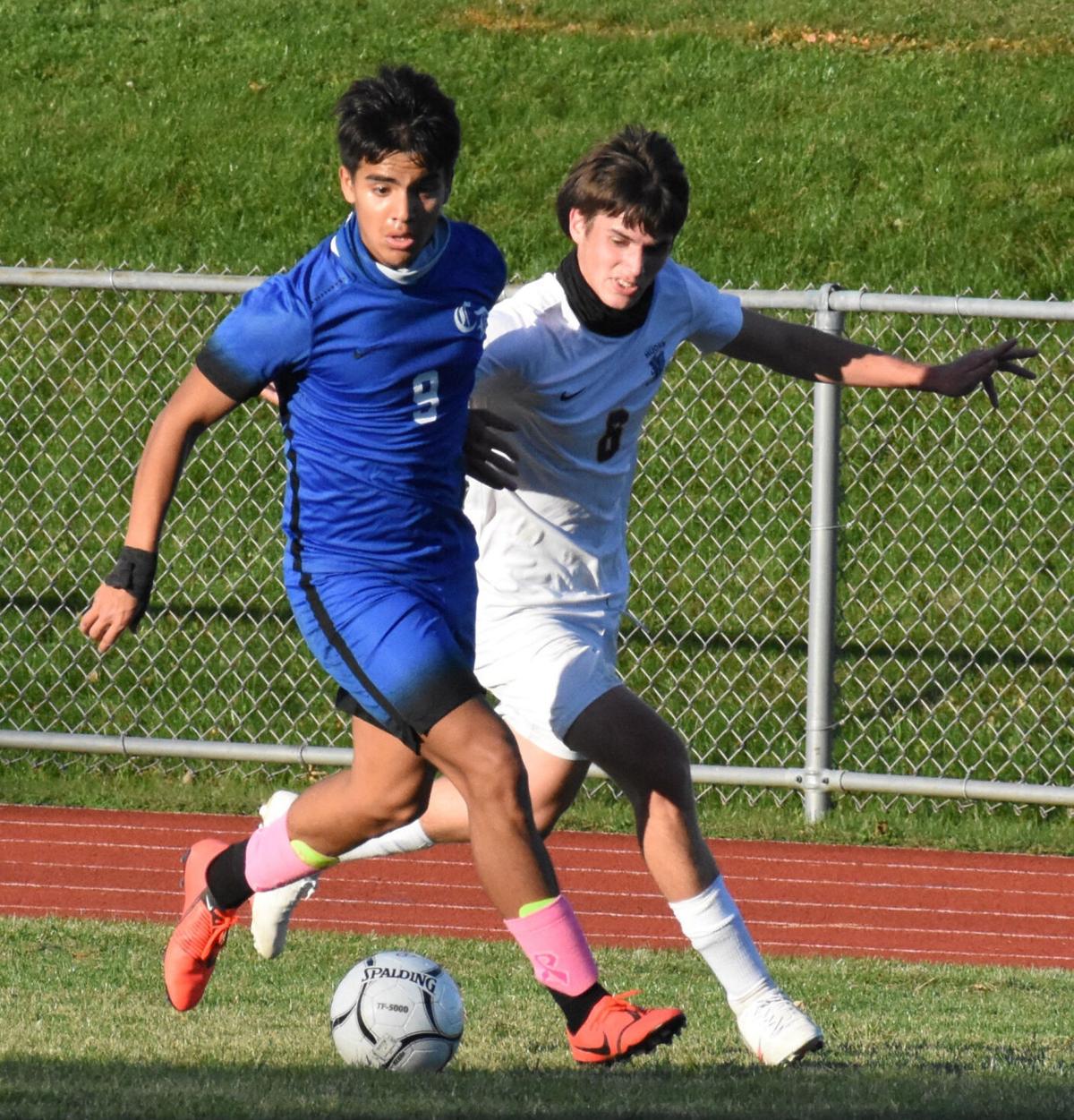 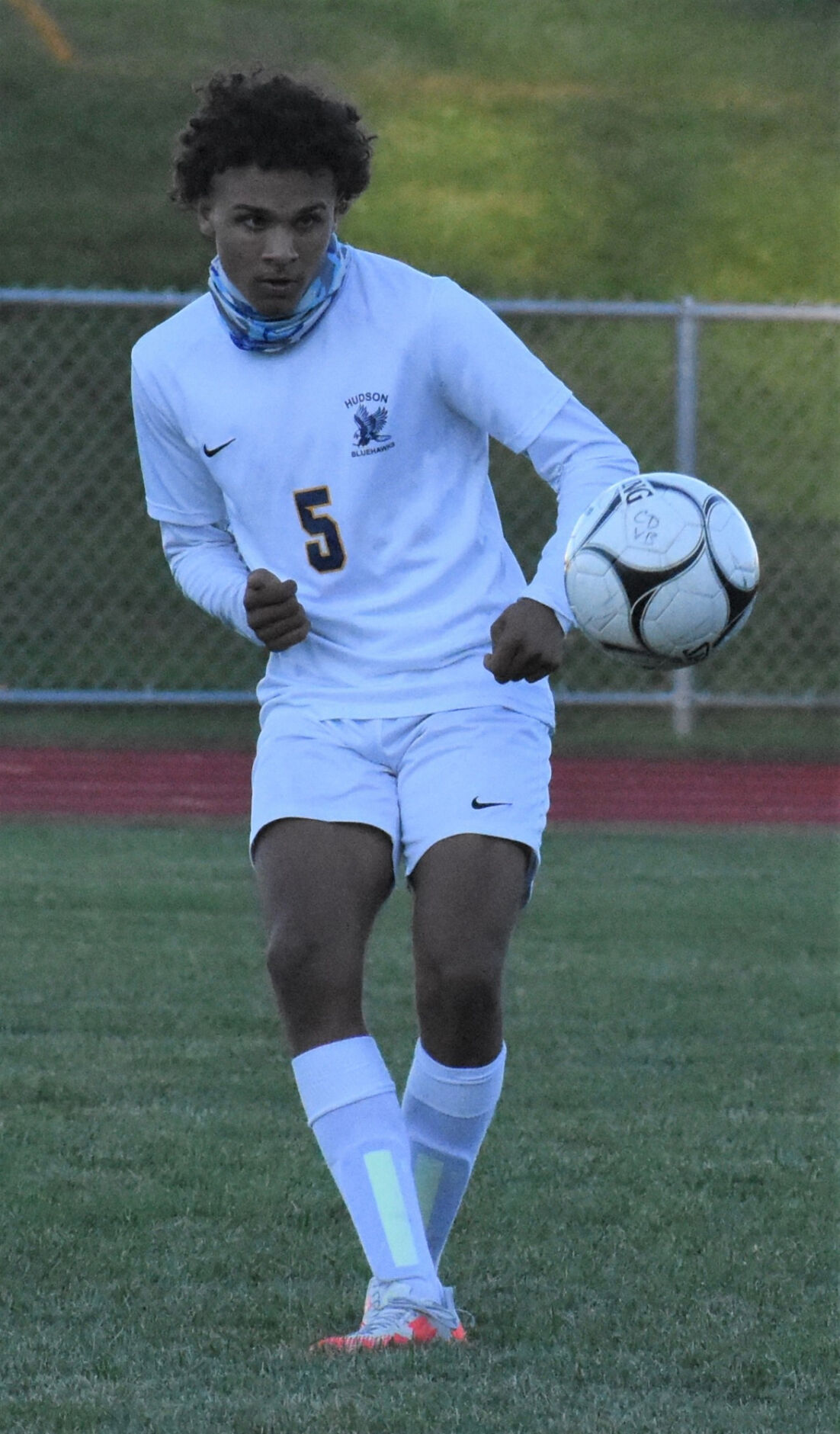 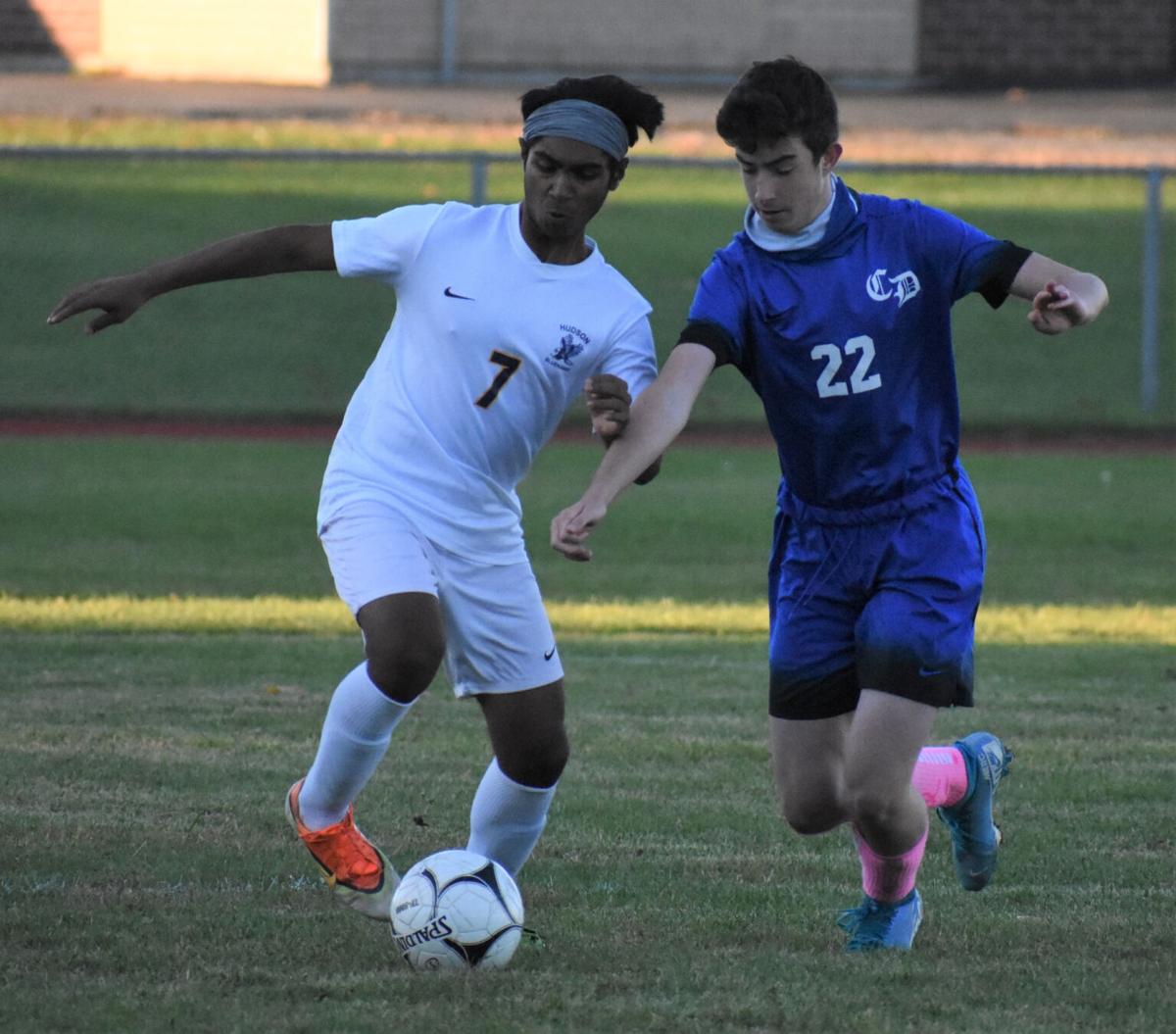 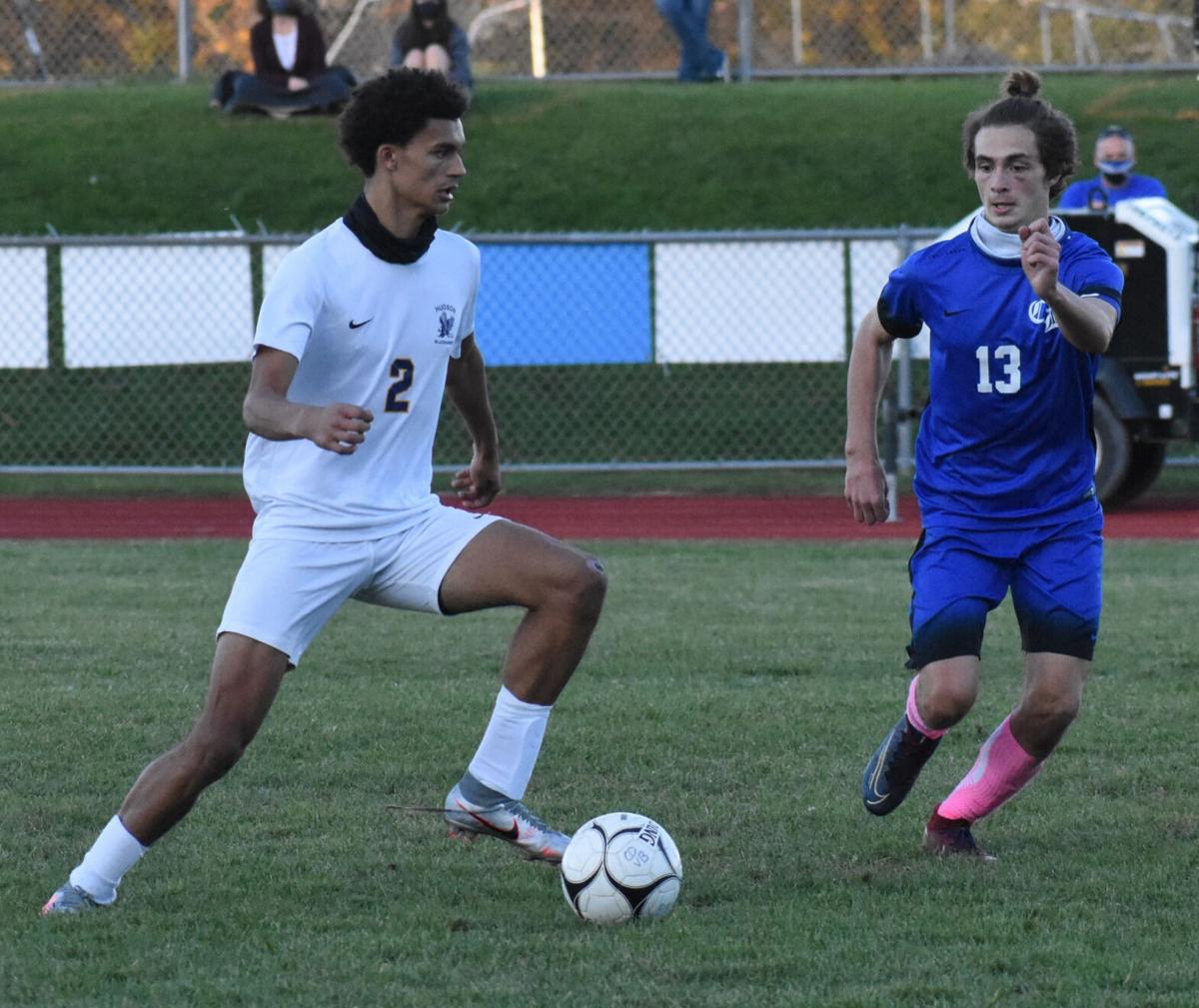 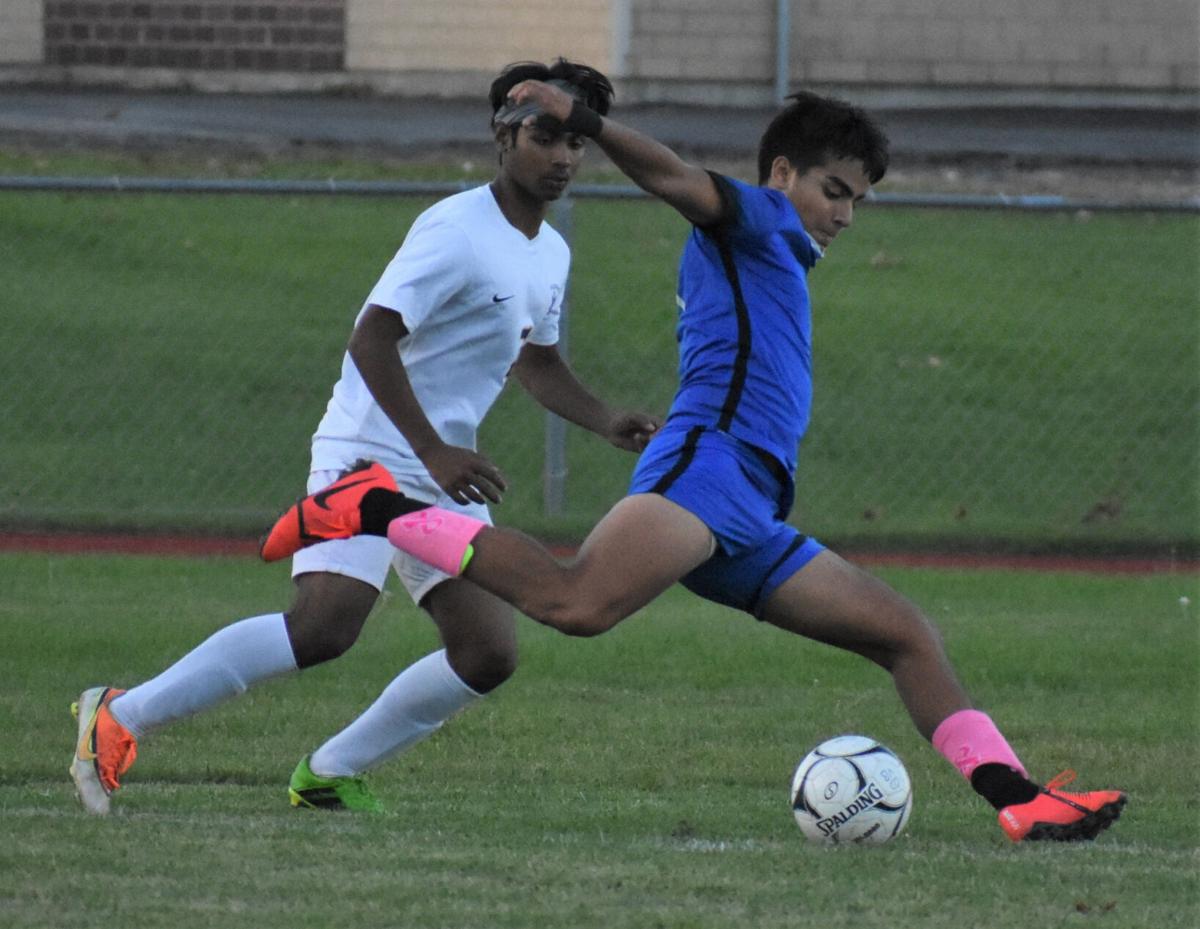 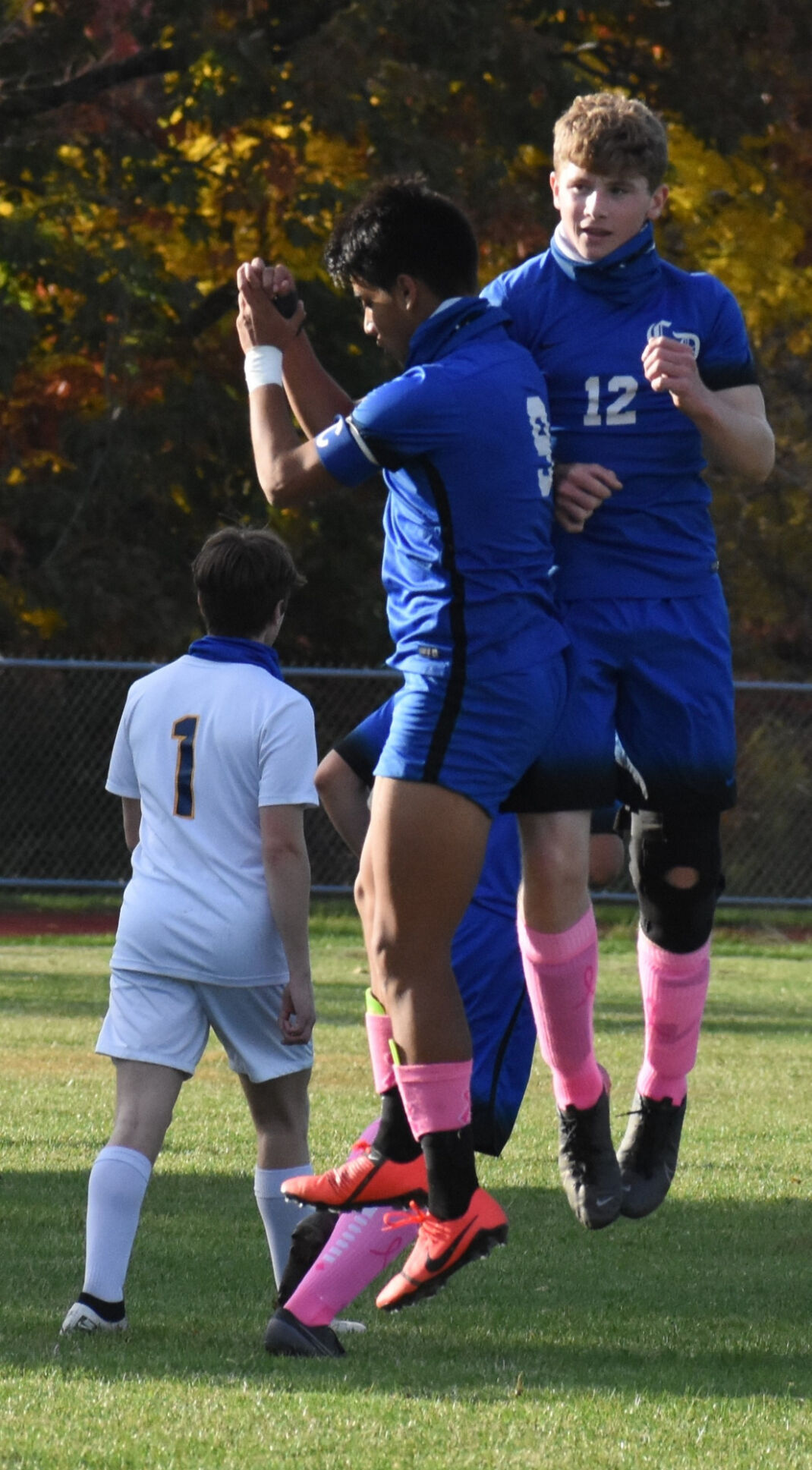 Tim Martin/Columbia-Greene Media Cairo-Durham’s Diego Rivera (9) celebrates with a teammate after scoring one of his four goals in Wednesday’s Patroon Conference boys soccer game against Hudson at Cairo-Durham High School. 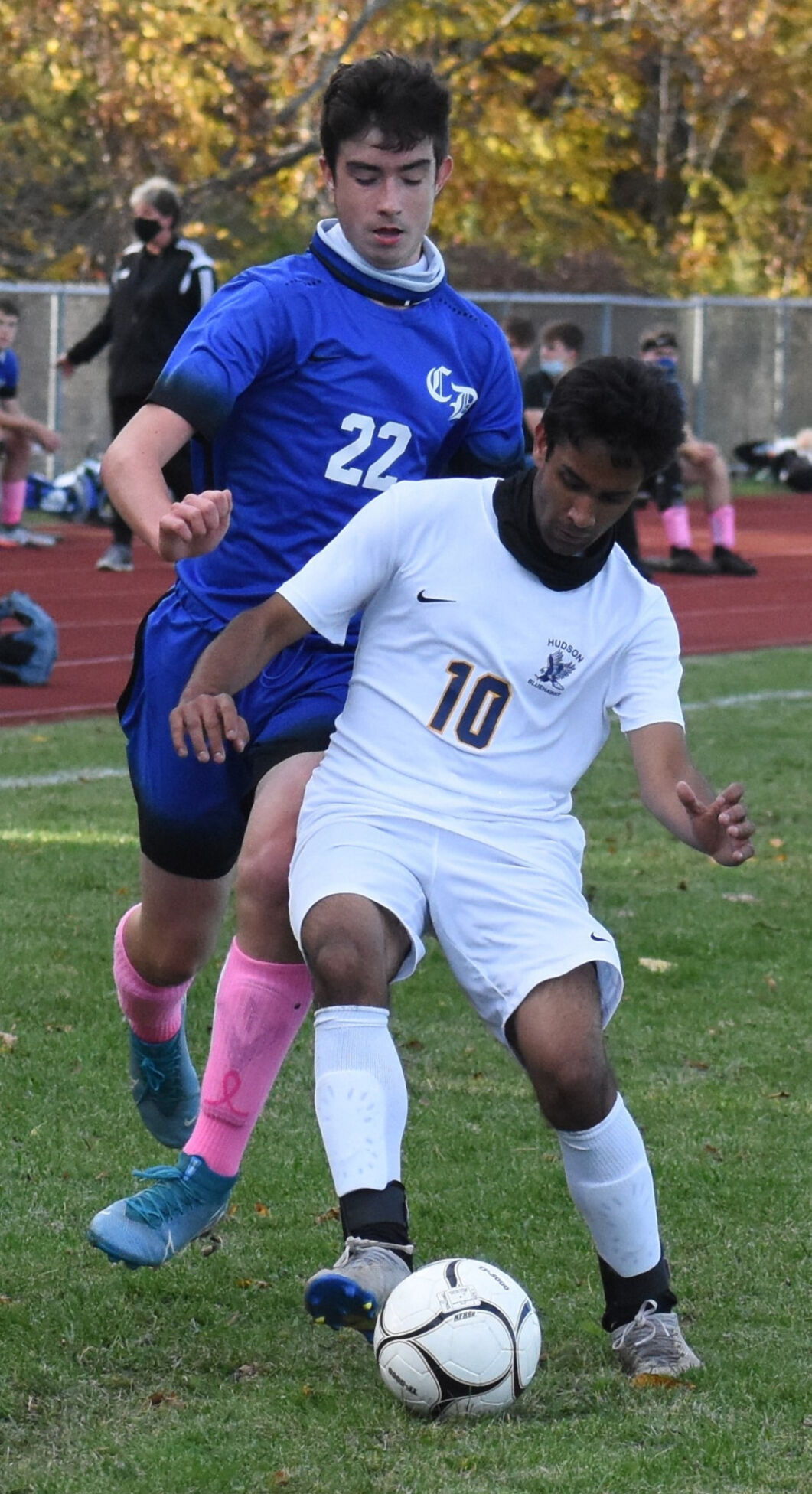 Tim Martin/Columbia-Greene Media Cairo-Durham’s Diego Rivera (9) celebrates with a teammate after scoring one of his four goals in Wednesday’s Patroon Conference boys soccer game against Hudson at Cairo-Durham High School.

Rivera has now scored a total of eight goals in his past two games.

In a battle in the midfield, Cairo-Durham pressed hard and it paid off with a goal from Rivera at 15 minutes, off a crossed from Aiden Leo that was bouncing around in the goal box.

Hudson goalkeeper Kasey Moore kept the game at 1-0 going into half time with a great diving save.

Cairo-Durham came out in the second half with good defense and midfield pressured Hudson. Rivera was able to score three more goals with an assist from Connell Deyo.

Hudson was able to answer the Mustangs with a goal from Dejuan Bailey making the game 4-1.

Cairo-Durham outshot Hudson, 16-5, and credit goes to the Mustang defense for pulling together and holding Hudson from getting clean looks at the goal.

The Mustangs had seven corners and Hudson had one.

“Cairo-Durham defense was solid in keeping Hudson from getting a good look at the goal and we were able to limit the number of corners, which we have been working on,”Mustangs coach Patricia Gibson said. “ Our midfielder worked hard to force Hudson to make mistakes, which we were able to capitalize on.”

Tobias Jerralds had two goals and Alex Chudy had one. Ethan Narofsky and Jonah Gray assist each had an assist.

The Panthers (1-3) travel to Maple Hill on Saturday at 10 a.m., while Taconic Hills hosts Coxsackie-Athens on Friday at 6 p.m.

Maple Hill’s goalkeeper Justin Sober stopped a penalty kick in the second half. The Wildcats used three keepers that combined for three saves,

Maple Hill had the edge on corners, 6-1.