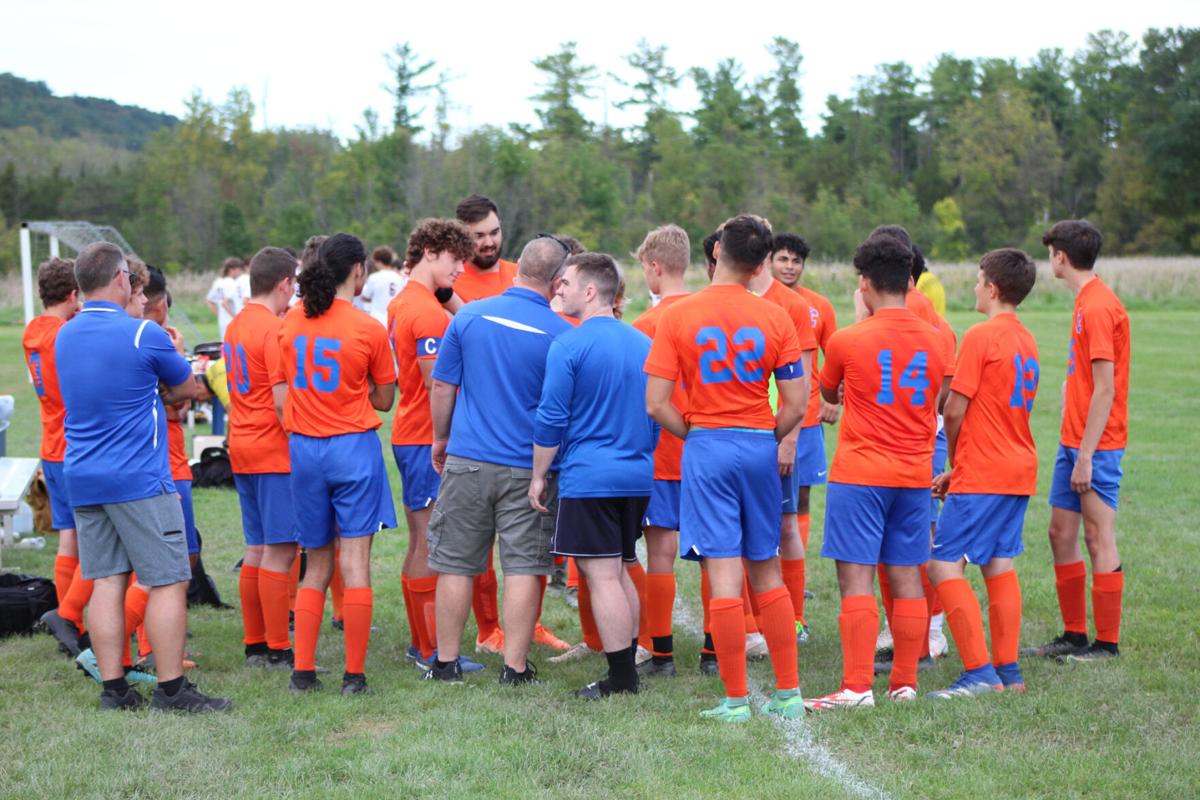 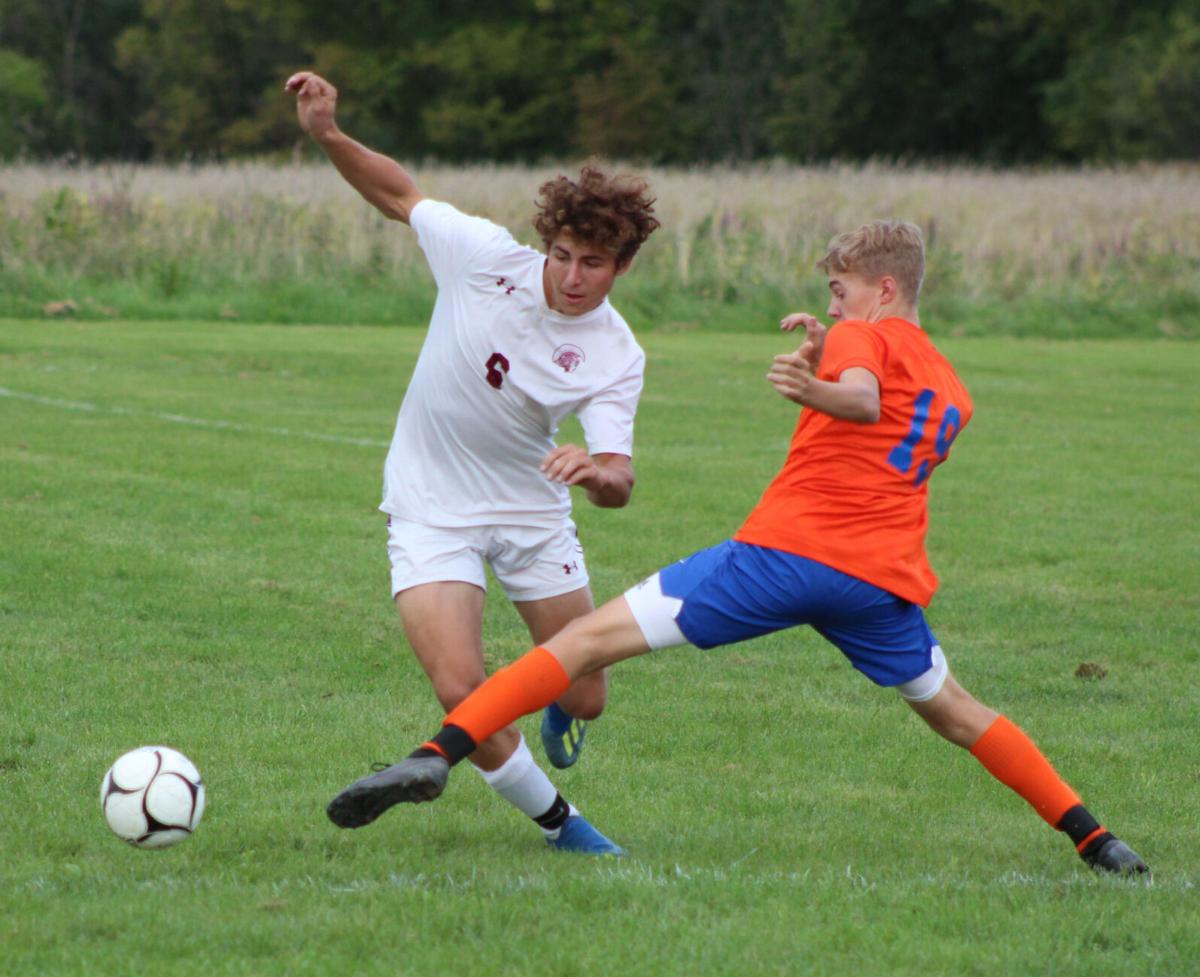 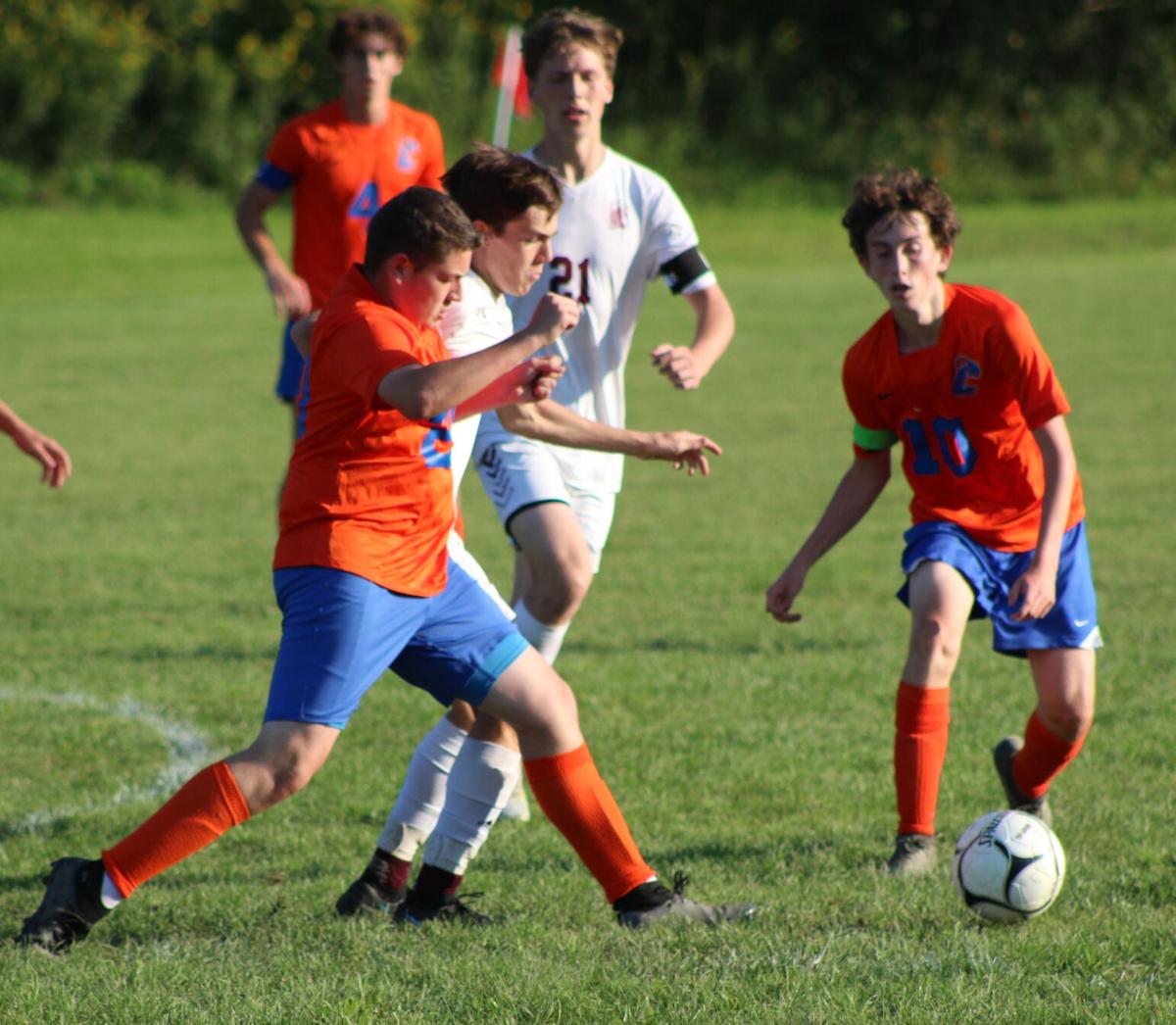 Greenville came away with the win 4-0 on the road behind two goals by Benjamin Reinhard, and one each from Jack Motta and Bernard Davis. Catskill keeper Daniel Forbes was busy for most of the afternoon with the Spartans on the attack for a large portion of the game, and he kept the Cats in the game the best he could.

The Cats controlled the ball and were on the attack for the first few minutes after the opening whistle, and the Spartans had to defend and clear the ball out of the box early and often.

Both teams suffered from the turnover bug early as well, with a number of passes going out of bounds in the opening stages of the game. Greenville finally got possession for long enough to get some extra help down in Catskill’s box and Reinhard scored his first goal of the game to give the Spartans a 1-0 lead.

With the momentum on their side, the Spartans turned up the intensity and earned themselves a free kick on one of their next plays. Reinhard lined up for the free kick and found the net again for his second goal of the half to extend Greenville’s lead to 2-0.

As the half continued, each team got more comfortable with playing hard defense and the referees were missing a lot of calls on both sides that more than likely could have been fouls. Catskill and Greenville were both unsuccessful on corner kicks and the players were even getting frustrated at each other as the half ended and they entered the break

The Spartans had a breakaway chance as the second half began, but Reinhard could not handle the pass from his teammate and it rolled away. The game got even more chippy and a double yellow card was called on Carter VanEtten of Catskill and Kaden Bensen. VanEtten was frustrated for getting elbowed in the mouth two or three times in the game before and it went unseen.

It happened again and he played hard defense on Bensen to retaliate and Bensen returned the favor with a shove in the back after the ball was already gone. Both players went to the bench to cool off and things seemed to calm down after that. The Cats took the ball out of the stoppage and Eddie Rogers took a shot on goal but it sailed high.

Despite Catskill’s increase in zeal this half, Greenville kept their composure and went on the attack when they had chances to. Reinhard got control of the ball on offense and passed it to teammate Bernard Davis who found the back of the goal after bouncing it off of Forbes’ hands and in.

With the score 3-0, the Spartans were fully in control of the clock and continued ripping shots when they could and taking the ball away from the Cats when they needed to.

Jack Motta scored on a big shot from outside the box for the Spartans and that would signal the beginning of the end for Catskill after bringing the lead to 4-0. The time would eventually run out for the Cats and the Greenville Spartans were victorious on the road once again.