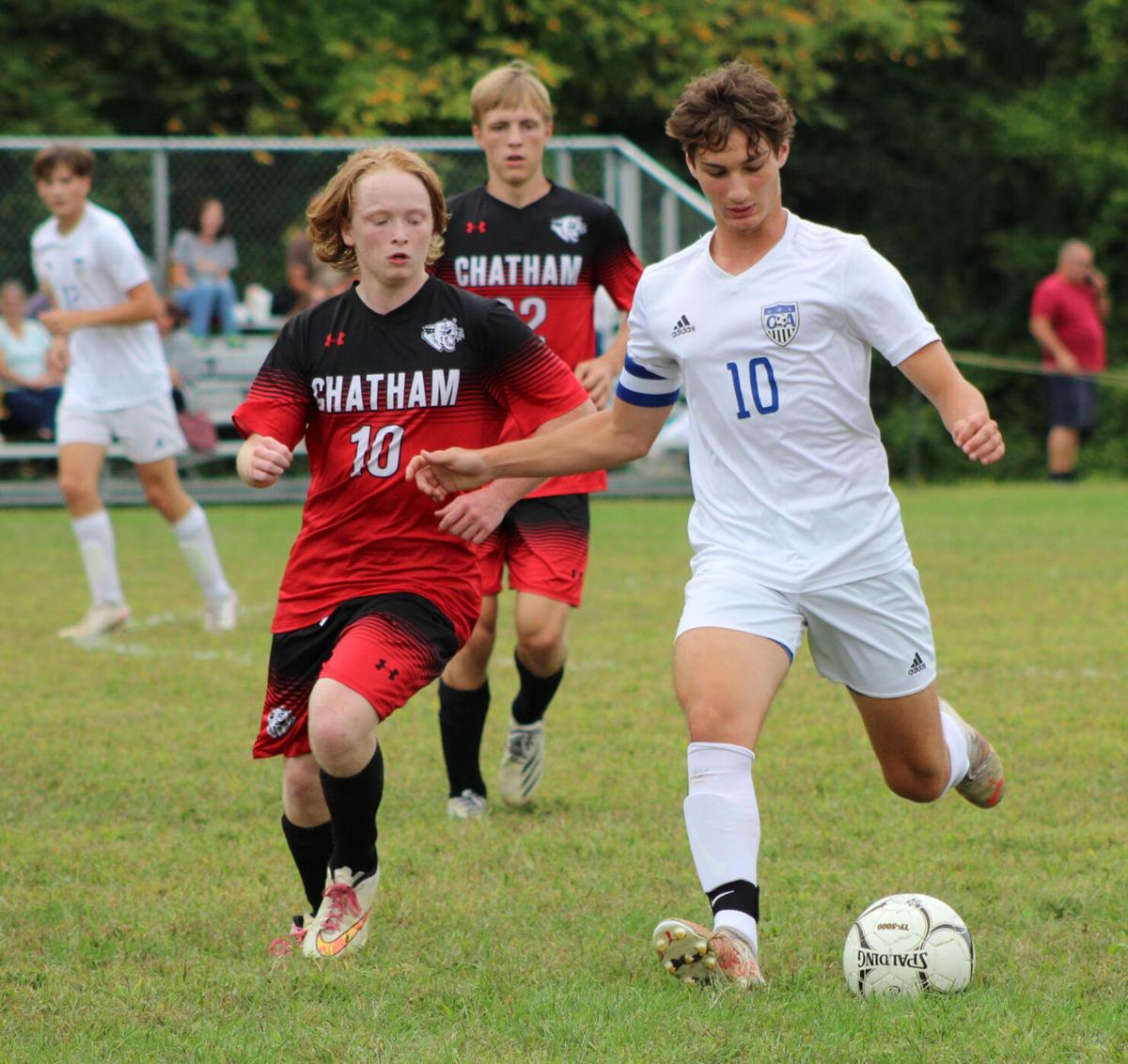 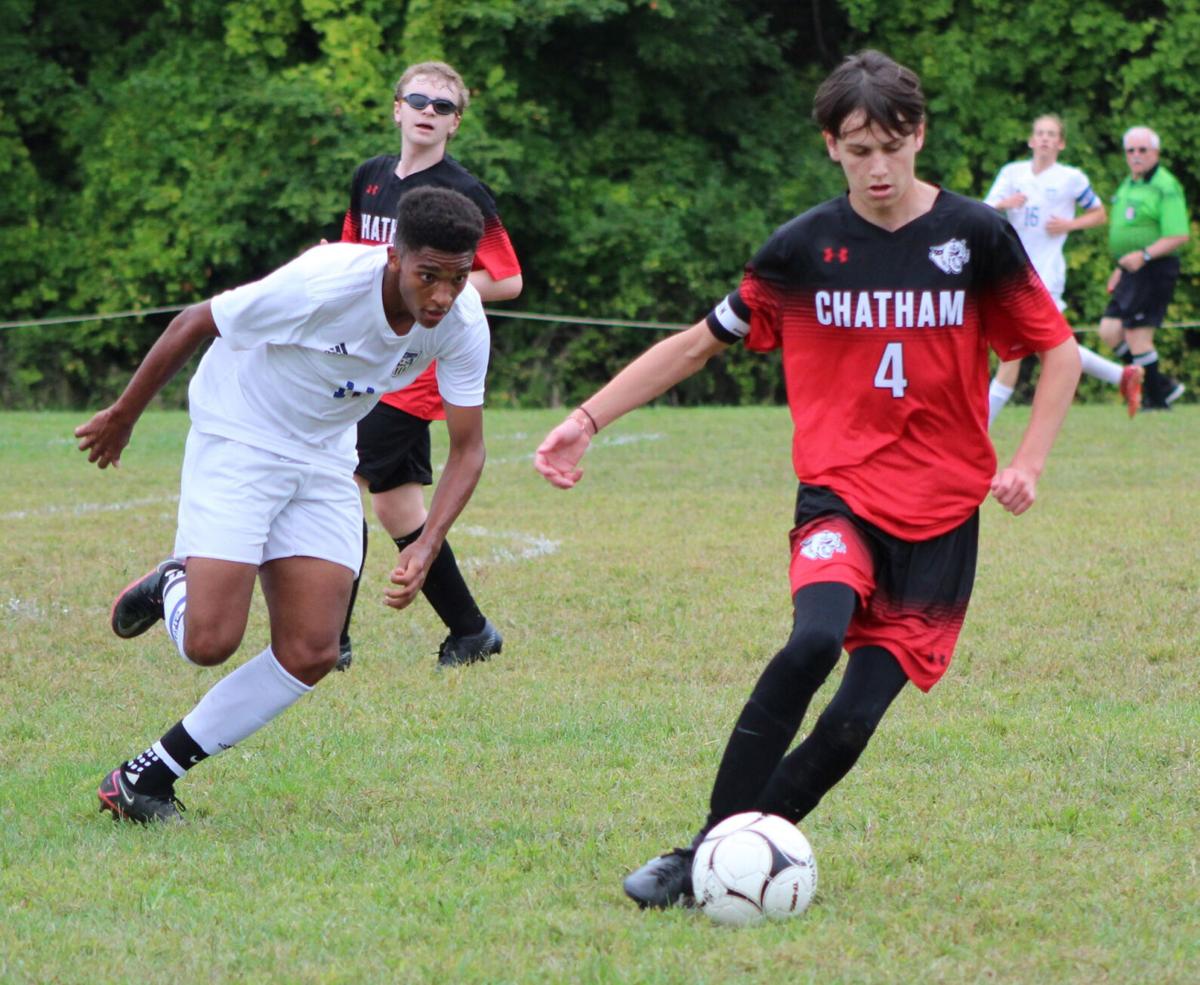 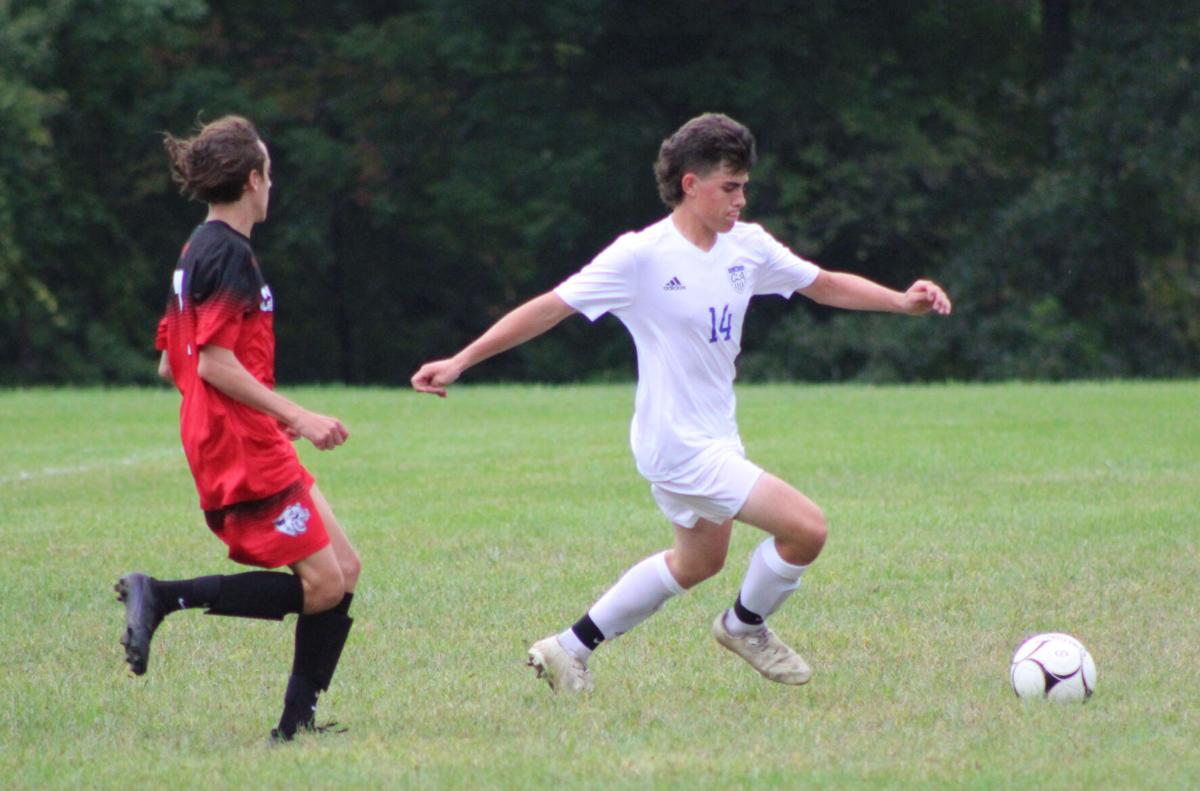 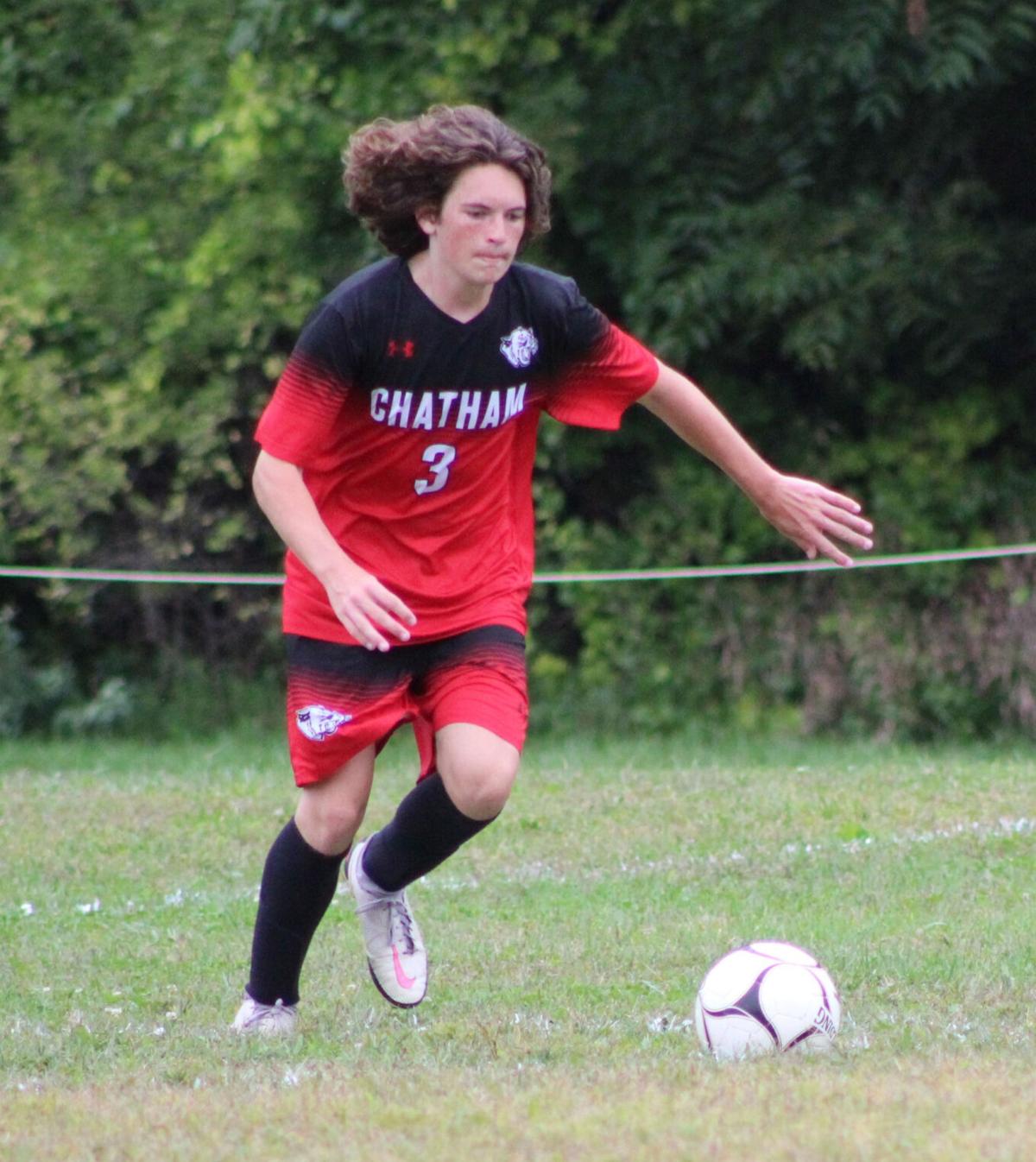 Agovino got a touch in the box to score the first goal of the game with under two and a half minutes off the game clock. Barnhart scored his first when he took the next corner kick for the Indians, bending it into the far corner and not needing any assistance from a teammate to guide it in.

The Indians continued to dictate the pace in the first half and the Panthers looked outmatched early. Chatham finally had a breakaway chance on a steal and Miguel Casarrubias was all alone with Indians’ keeper Sam Mozzillo. He made a move good enough to beat Mozzillo but the shot by Casarrubias went wide of the net.

Coxsackie-Athens had another chance on a perfectly placed cross by Matt Clark but the shot by Geddy Williams was off-line and missed the goal. The Panthers kicked up their intensity as the first half neared its end, but the Indians stole the ball back at will. This back and forth action ran out the time for the first half, sending the teams to the break with the Indians up 2-0.

Chatham came out firing in the second half to give themselves chances on offense which were few and far between so far. However Coxsackie-Athens would regain their composure and get aggressive in the box to take back control.

On a play that the Panthers could not clear the ball out of the goalie box for an extended period of time, Barnhart finished the play and scored his second goal of the night.

With the score 3-0 there was an injury stoppage as John Wisseman of the Panthers was inadvertently poked in the eye and went to the bench. On the subsequent whistle, Robert Hughes found the net after missing a shot earlier and extended the lead to 4-0.

As the game wore, on the Indians were met with extra physicality from the Panthers which they were not happy about. The officials missed multiple potential foul calls where the defender made clear contact with the player before they got to the ball.

Barnhart completed his hat trick in the next few minutes, and Agovino would tack on two more goals to give himself a three goal afternoon as well.

The other goals for Coxsackie-Athens were scored by Geddy Williams and Joe Perino, bringing their total output of offense to nine. The Indians would dribble out the clock and secure the 9-0 win on the road over the Chatham Panthers.