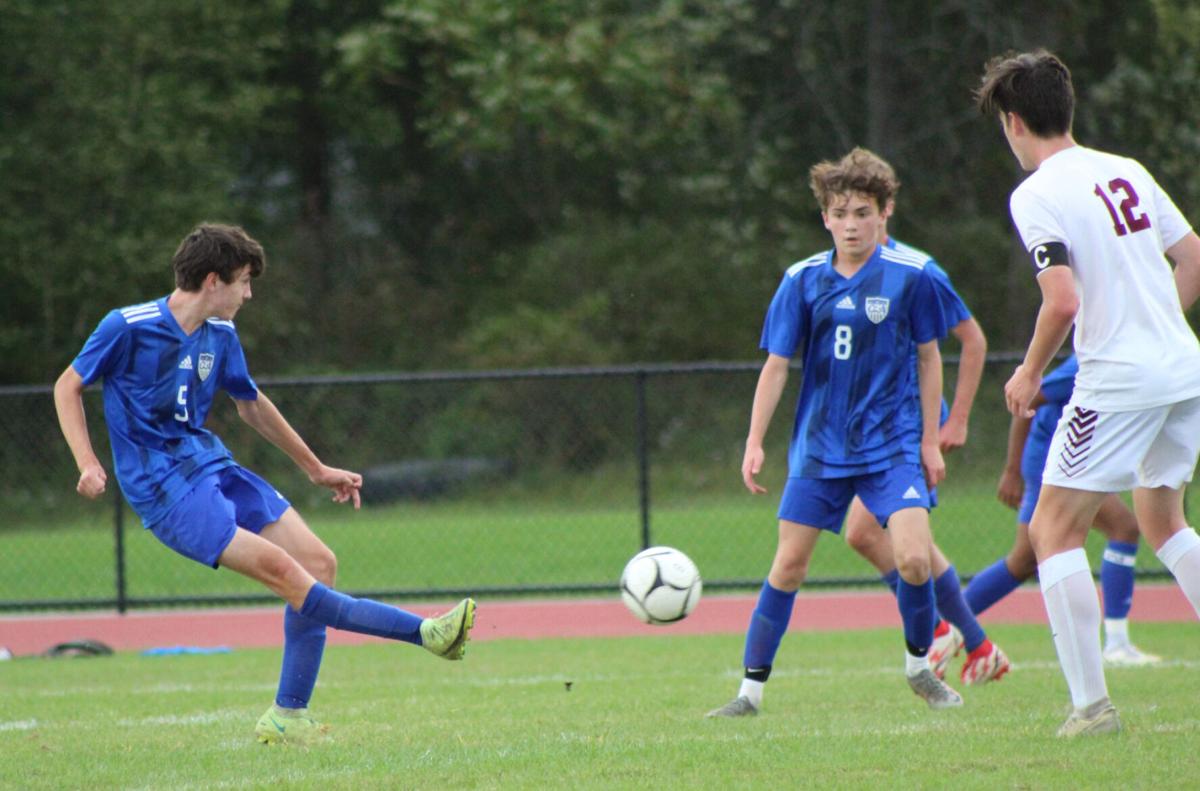 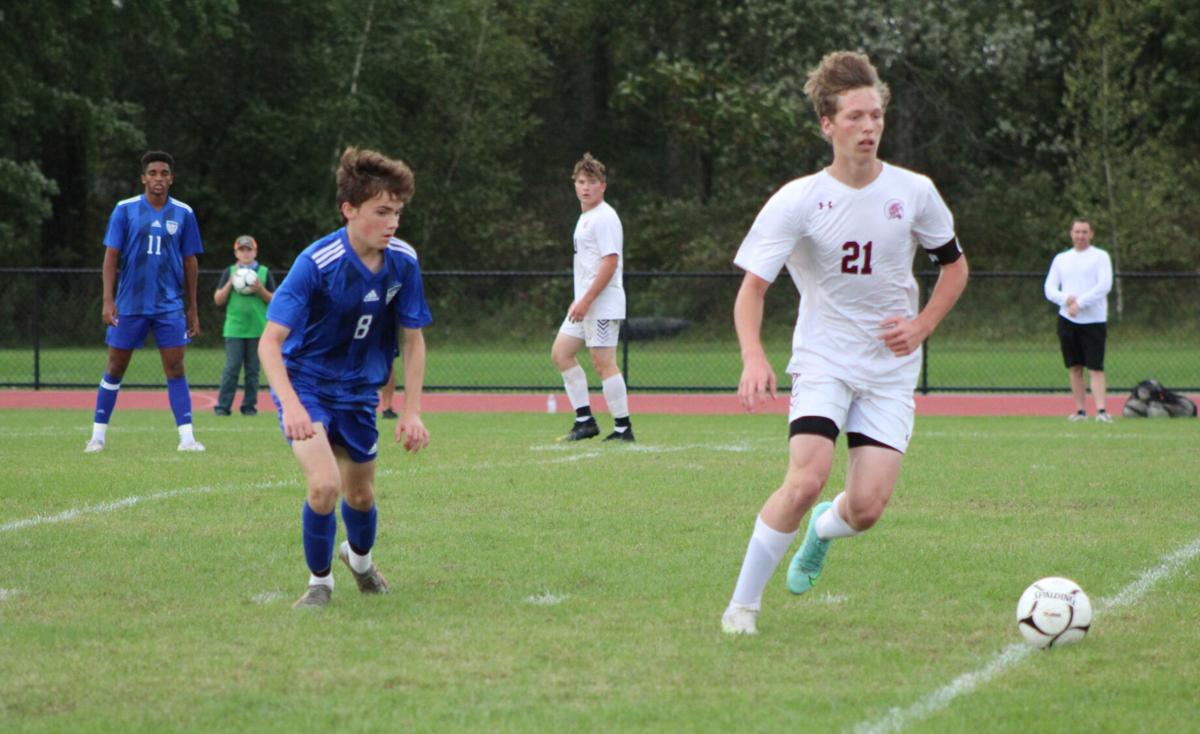 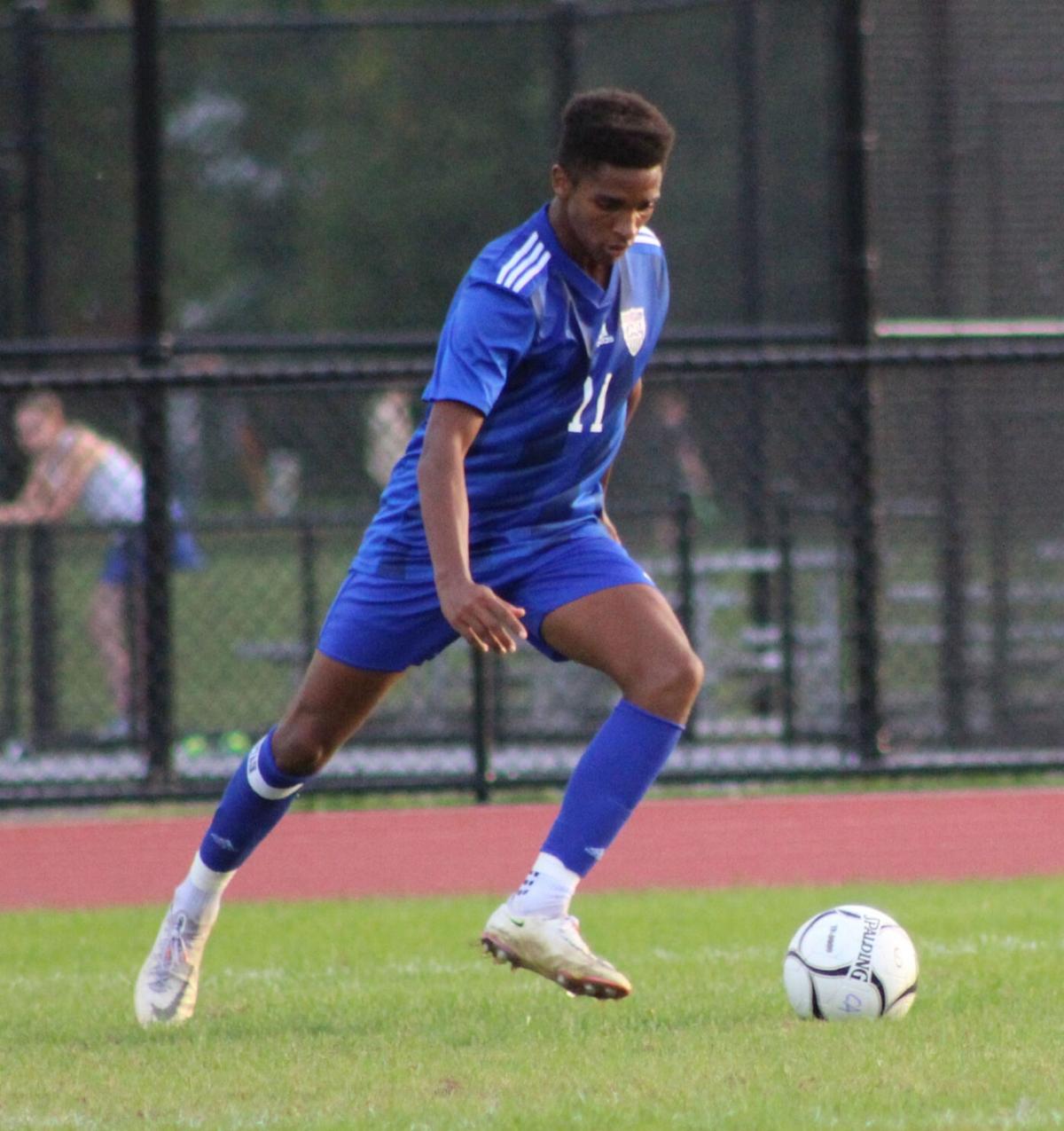 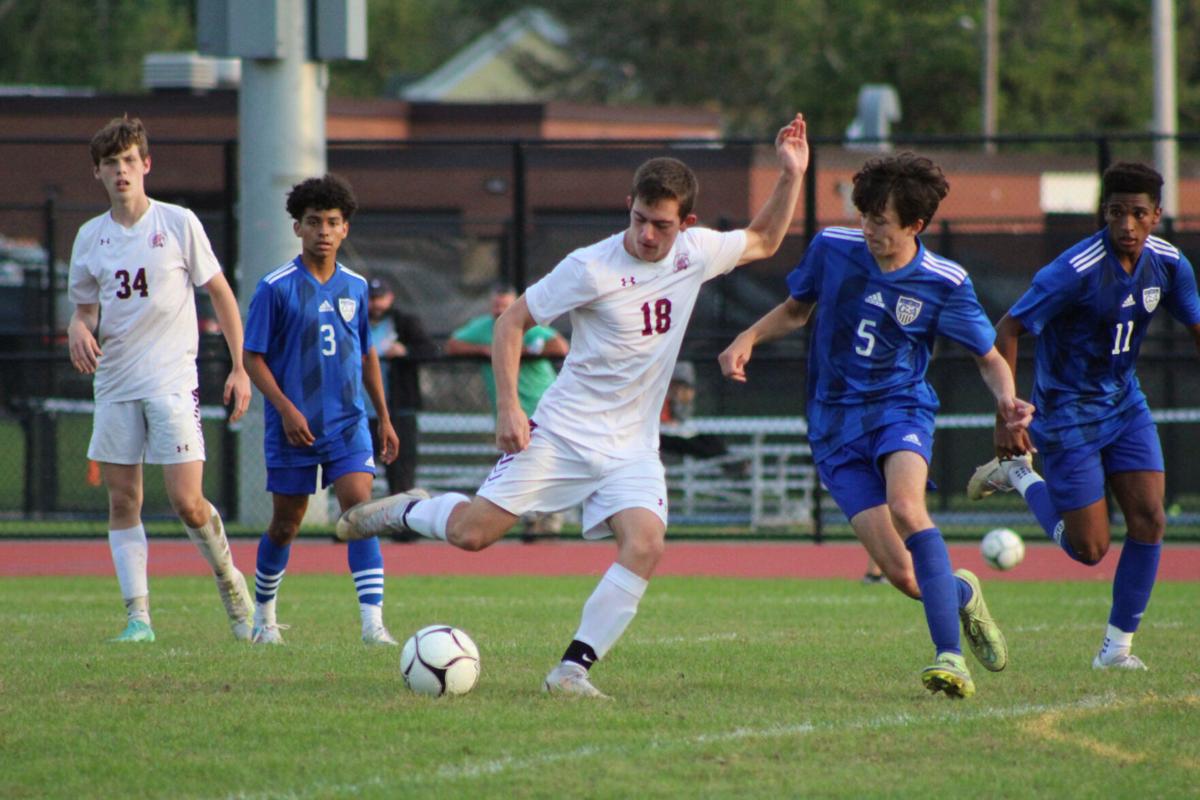 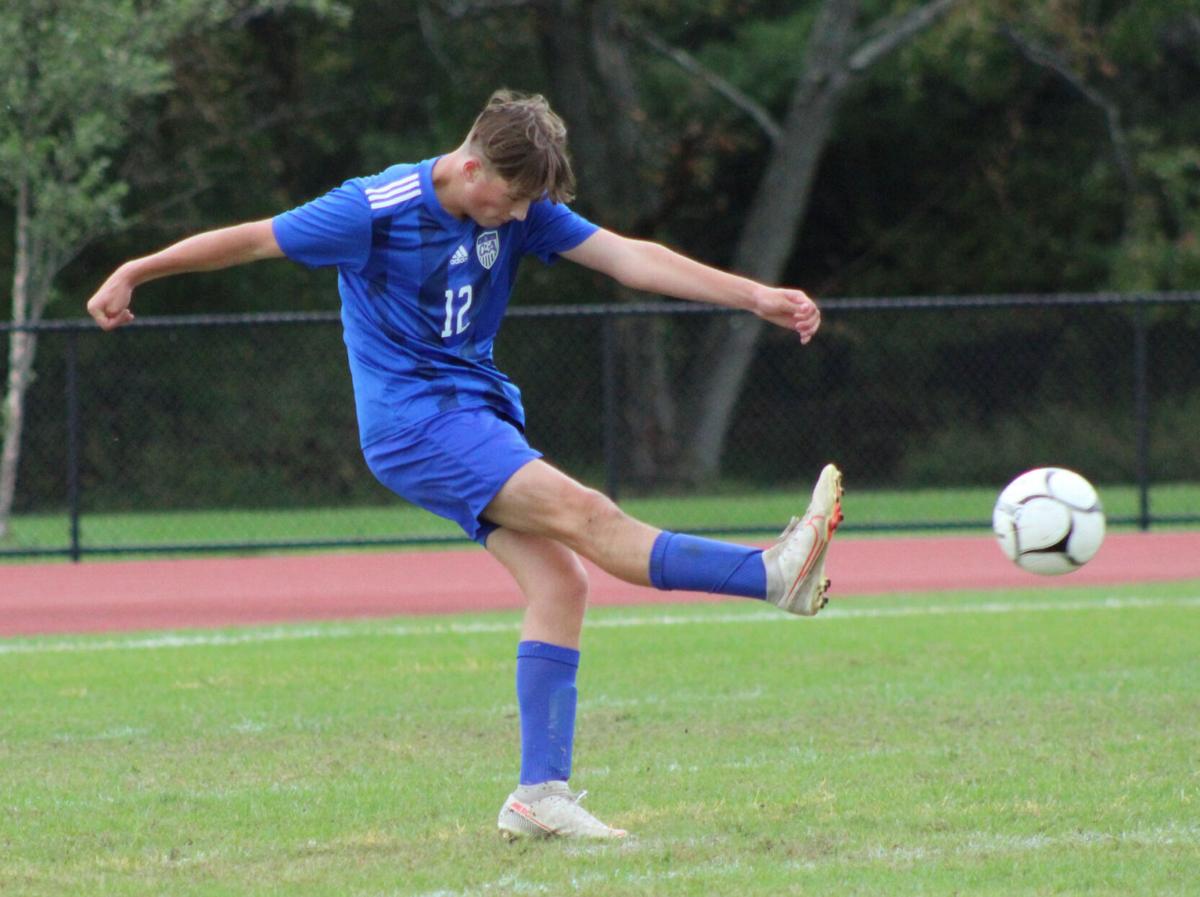 COXSACKIE — The Greenville Spartans visited Coxsackie-Athens for a Patroon Conference boys soccer game and remained unbeaten with a 1-0 win in double-overtime.

Liam Bowden scored the golden goal for Greenville in the second overtime period on a free kick he was awarded down in the C-A box. This was the only major mistake either team had made the entire game, unfortunately for C-A it was in the final minute of the second OT.

The Spartans got an early shot on goal off the foot of Jack Motta in the first few minutes of play, but it was mere routine for C-A keeper Sam Mozzillo who caught it with two hands.

Benjamin Reinhard took a corner kick for the Spartans very early as well and after it was stopped and punched back out to him, he crossed another pass into the box but it was cleared out by Geddy Williams. Greenville was out-passing C-A to this point and though both sides were physical, there were virtually no fouls called in the first ten minutes of play.

Luke Barnhart had a steal later on for C-A but it was at midfield and there were no teammates around on the chance and he lost the ball. Williams had a smart play on a throw-in as well for C-A, when he tossed it in off of the defender and took it down into the box himself, but it got knocked out for a goal kick before he could shoot.

Mozzillo made save after save as well for C-A whenever Greenville got a clean shot on the net, which was often. Williams went after a pass that led him too far, but he hustled downfield and got to it in time to put a shot on the net that was stopped by Spartan keeper Joe Domermuth.

C-A had a corner kick just before halftime taken by Barnhart, and teammate Nick Agovino’s header missed high and over the crossbar, keeping it 0-0 at the break.

C-A opened the second half with fresh legs and an early opportunity on the attack, but the ball rolled by and into the hands of Domermuth. Greenville stayed aggressive on offense even more than the first half, keeping Mozzillo extremely busy in the goalie box. He was up to the task however, and Mozzillo still blocked or caught everything that the Spartans threw at him.

One of the more difficult saves came on an absolute bullet of a free kick by Greenville, and Mozzillo dropped to the ground to secure the ball and prevent it from going in.

With what little chances C-A had in the second half, any offense they mounted was stifled and stolen away by Greenville’s defense. They could not even get attackers up for the chances they did have because the Spartans were pretty much on the attack the entire second half.

As the final few minutes ran out of regulation, neither team could hold possession long enough to attempt any shots, but both sides were fatigued going into overtime with it still deadlocked 0-0.

After the short rest, C-A played with confidence and an extra boost of adrenaline it seemed, as they sought to hand Greenville their first loss. They were passing to each other more cleanly and being smart as they interrupted the Spartans’ attack significantly for the first time all afternoon.

C-A had two corner kicks in the final minute of the first overtime that yielded no results on the scoreboard, and the scoreless tie went even further.

In the second overtime, C-A continued to pressure Greenville with success, but the Spartans were still the superior team on offense. After forcing the ball out of bounds on a Greenville breakaway, C-A’s final legitimate chance for offense came on a fastbreak of their own, but they were called offsides and it sent the ball back out.

After Mozzillo made another save in the clutch at the other end of the field, a Greenville attacker was taken down by a defender on the edge of the box and given a free kick.

Bowden lined up for the kick after taking almost all of them for Greenville the entire time, and his kick glanced off of a defender to send Mozzillo diving in the opposite direction of the ball and it rolled over the line and into the back of the net for the game winning goal.

The Spartans won a classic 2OT thriller, 1-0 on the road over Coxsackie-Athens to remain undefeated on the season, and they still have not given up a single goal yet this season.