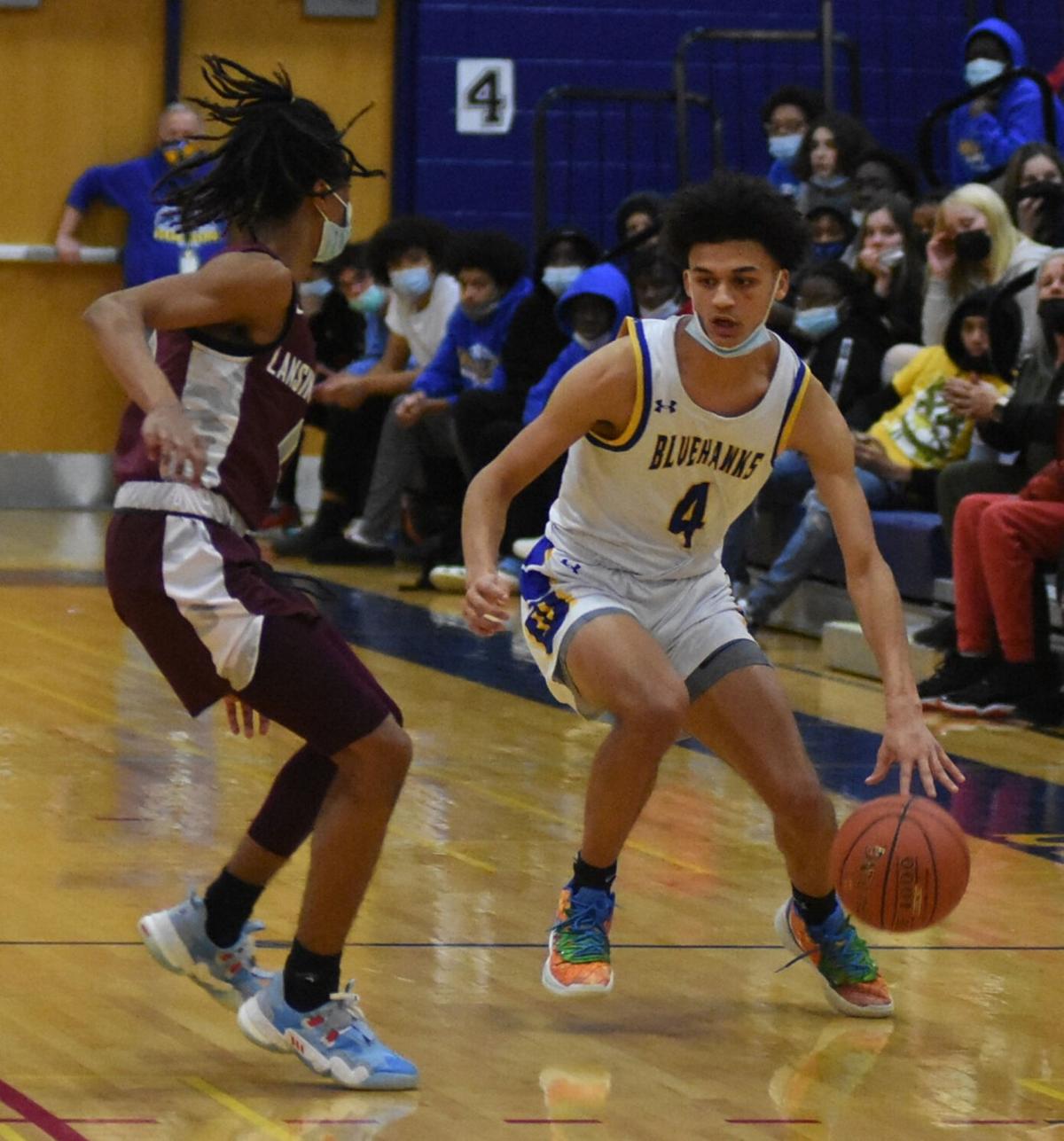 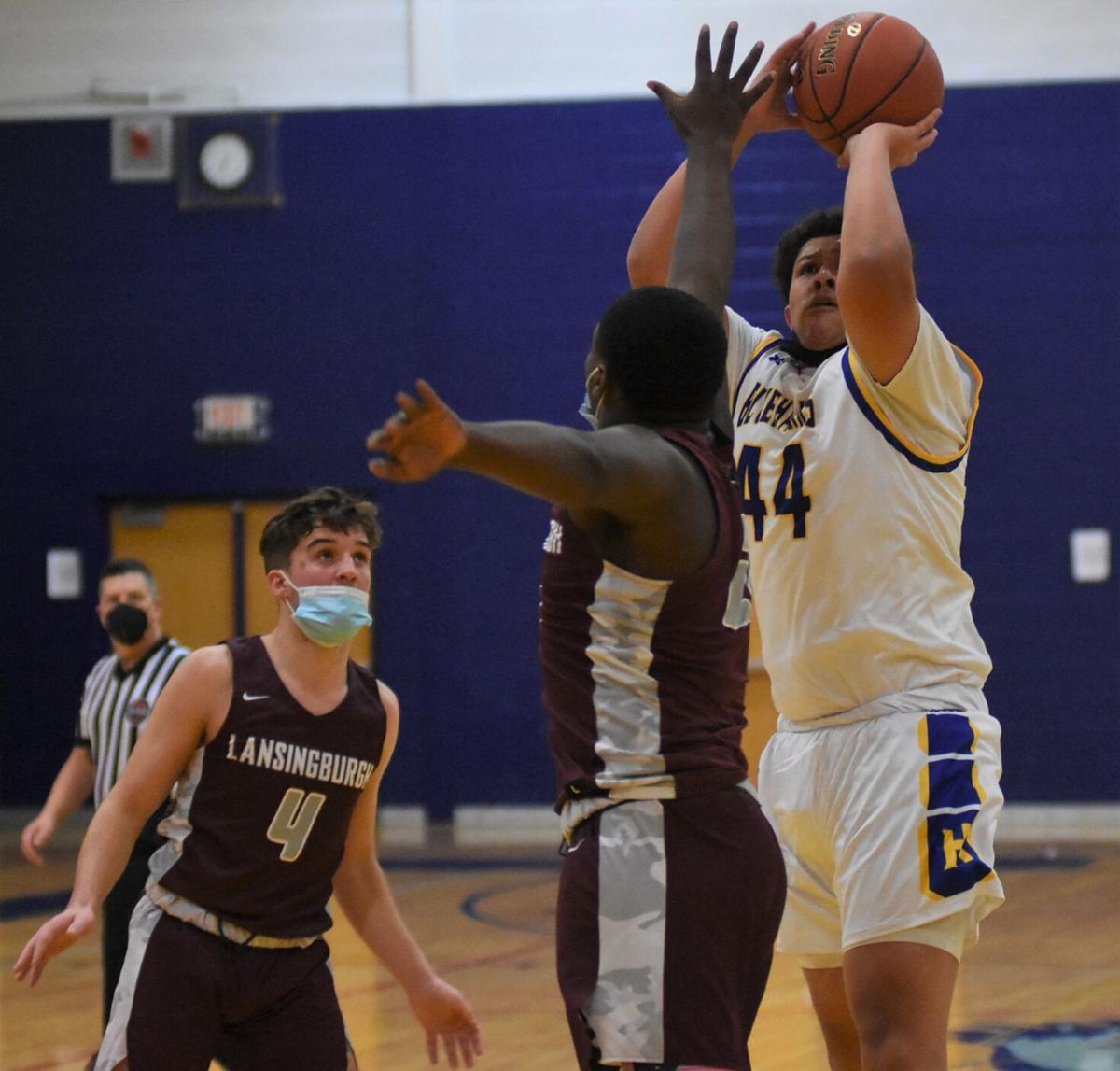 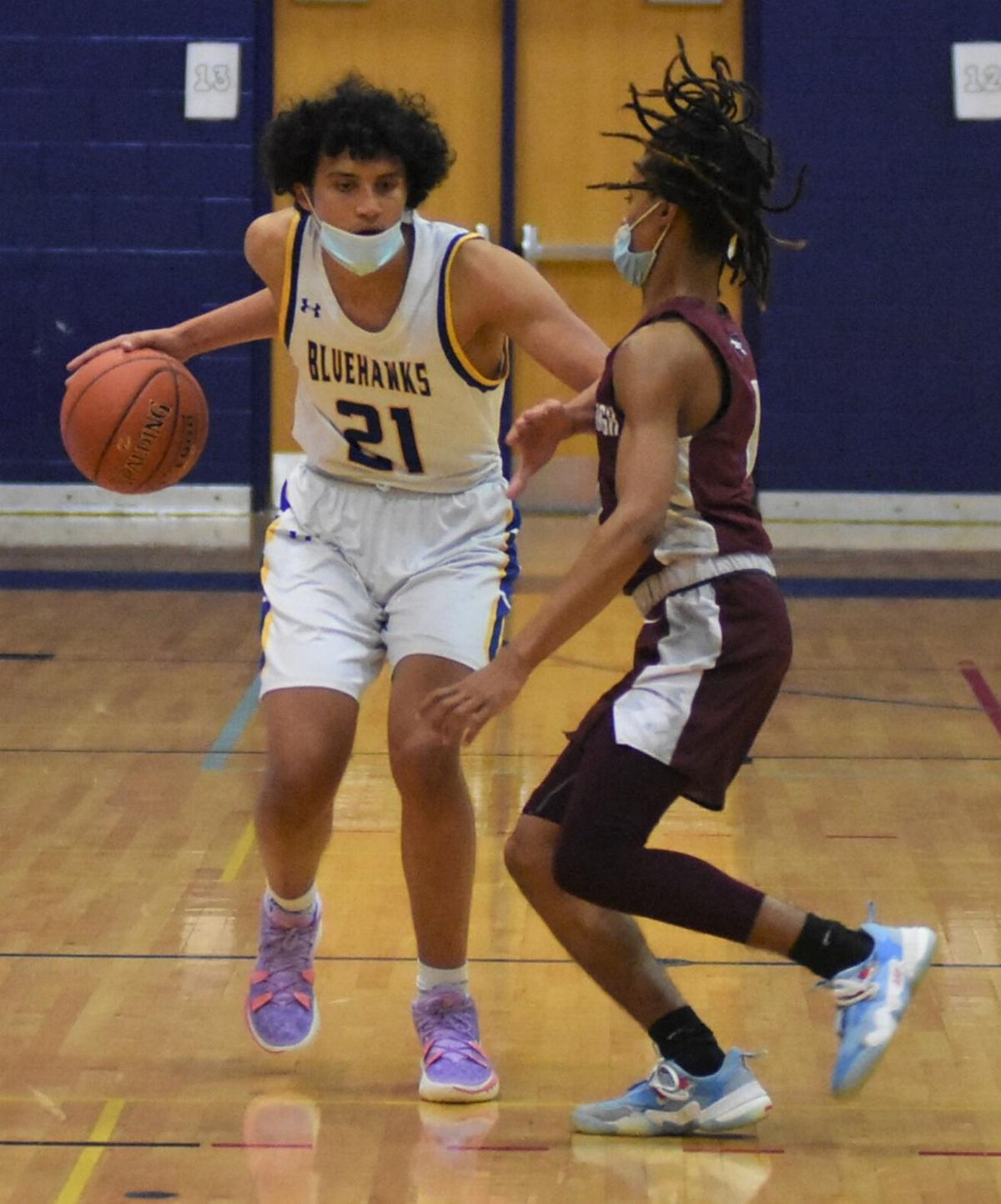 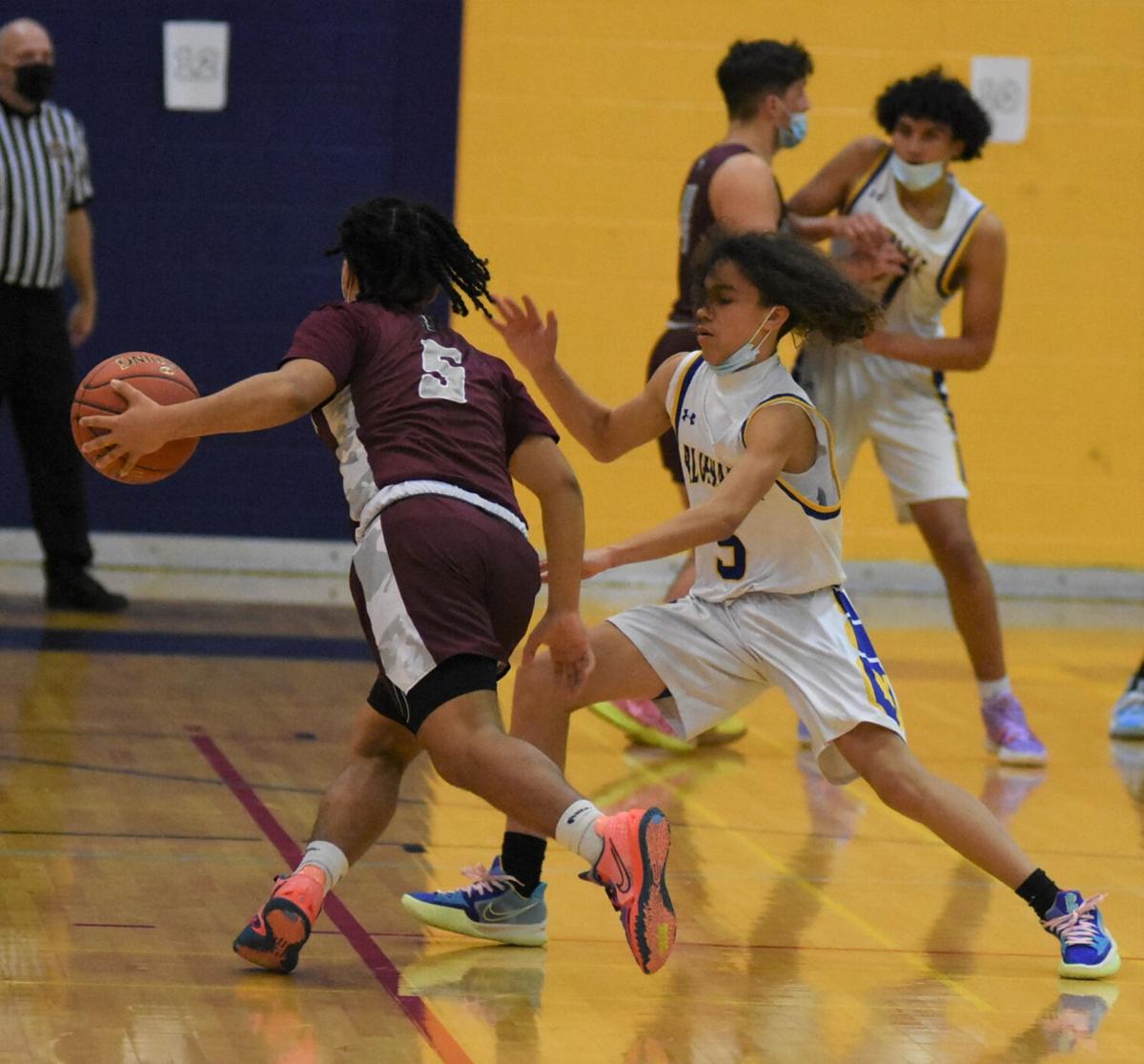 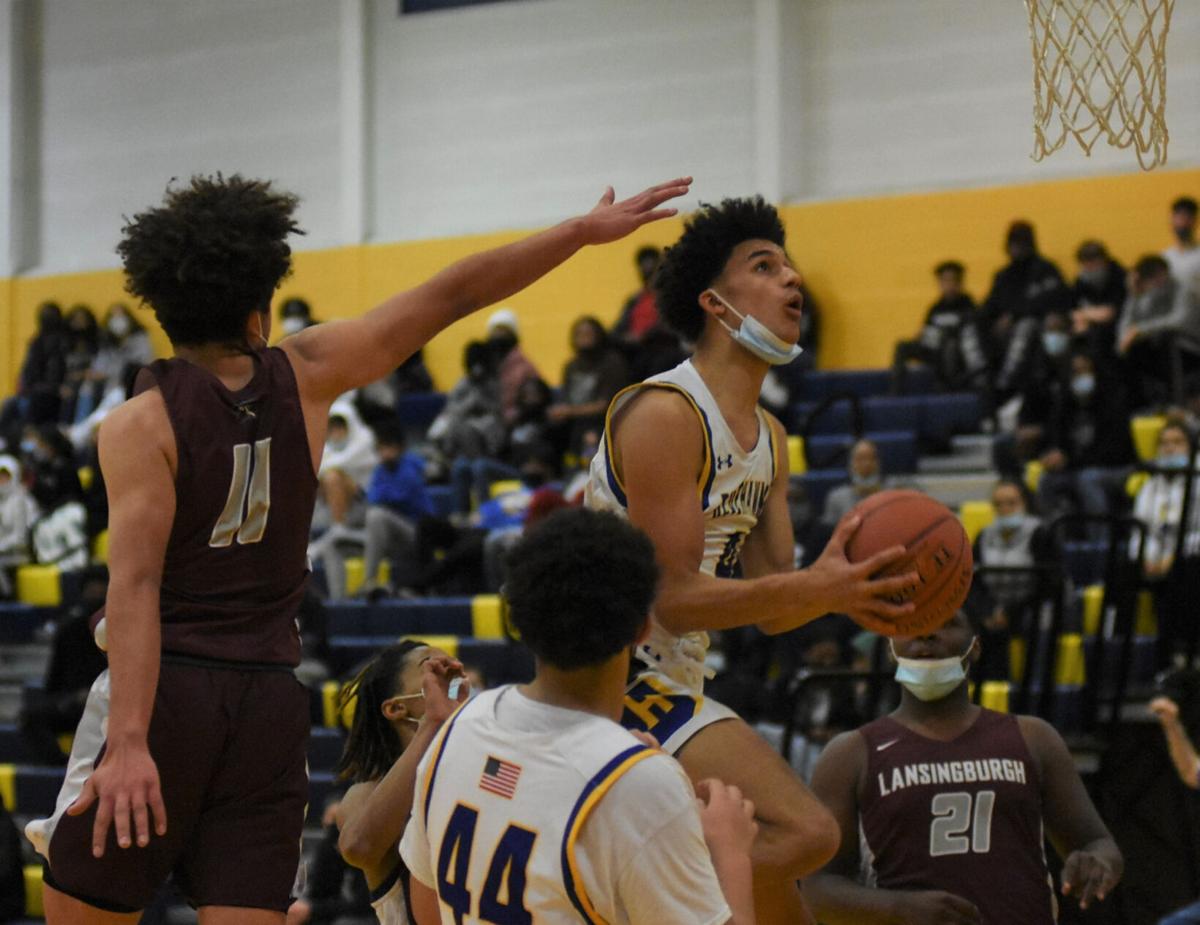 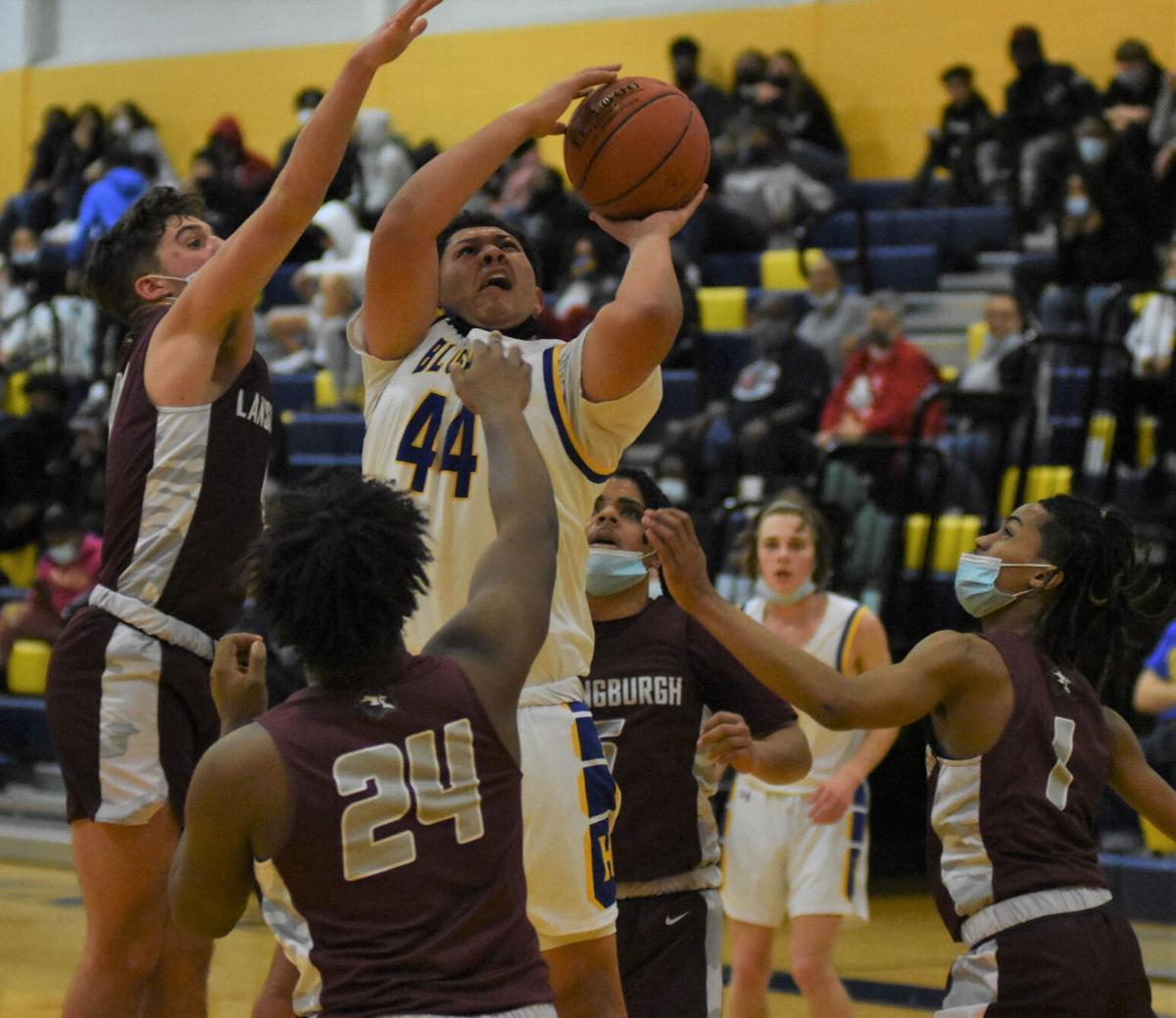 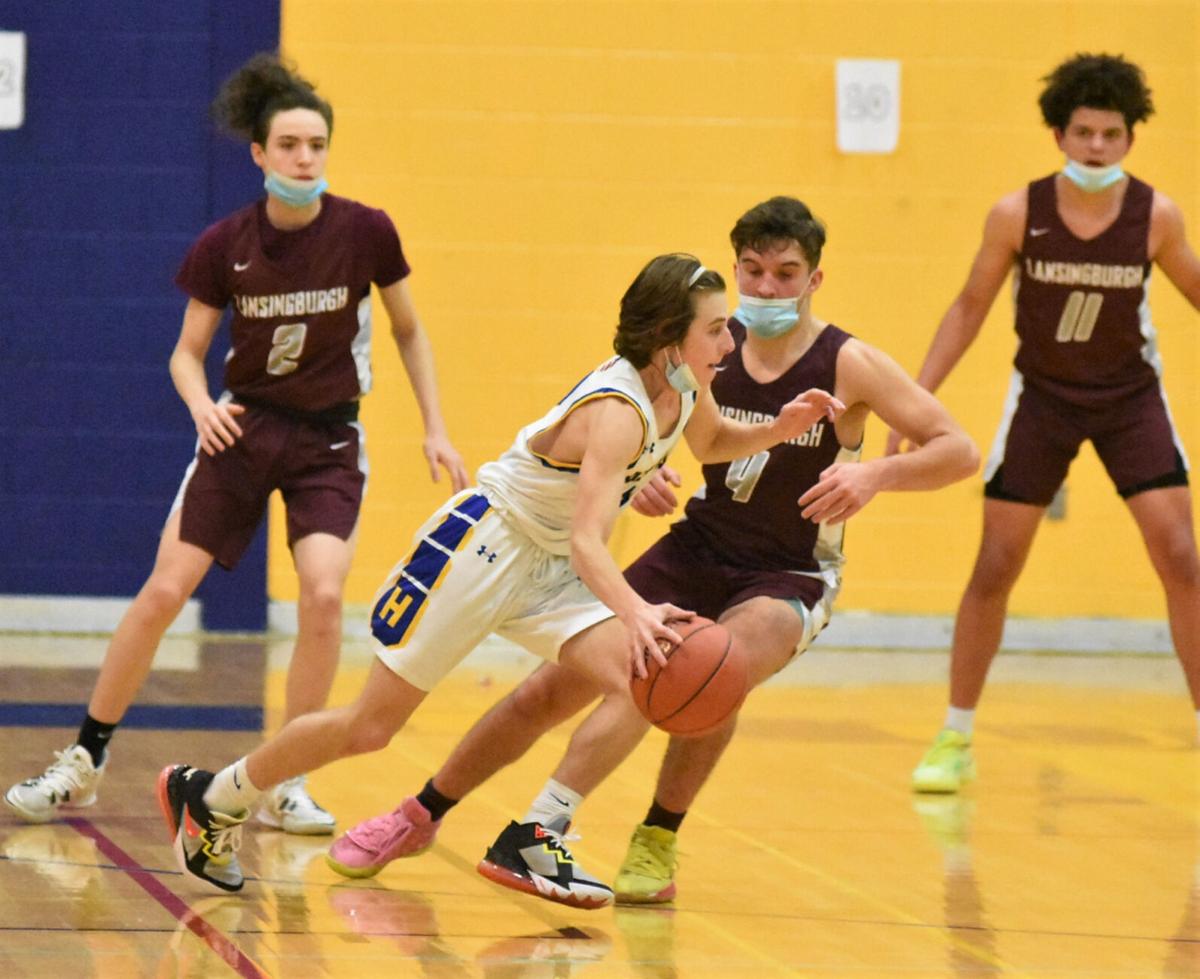 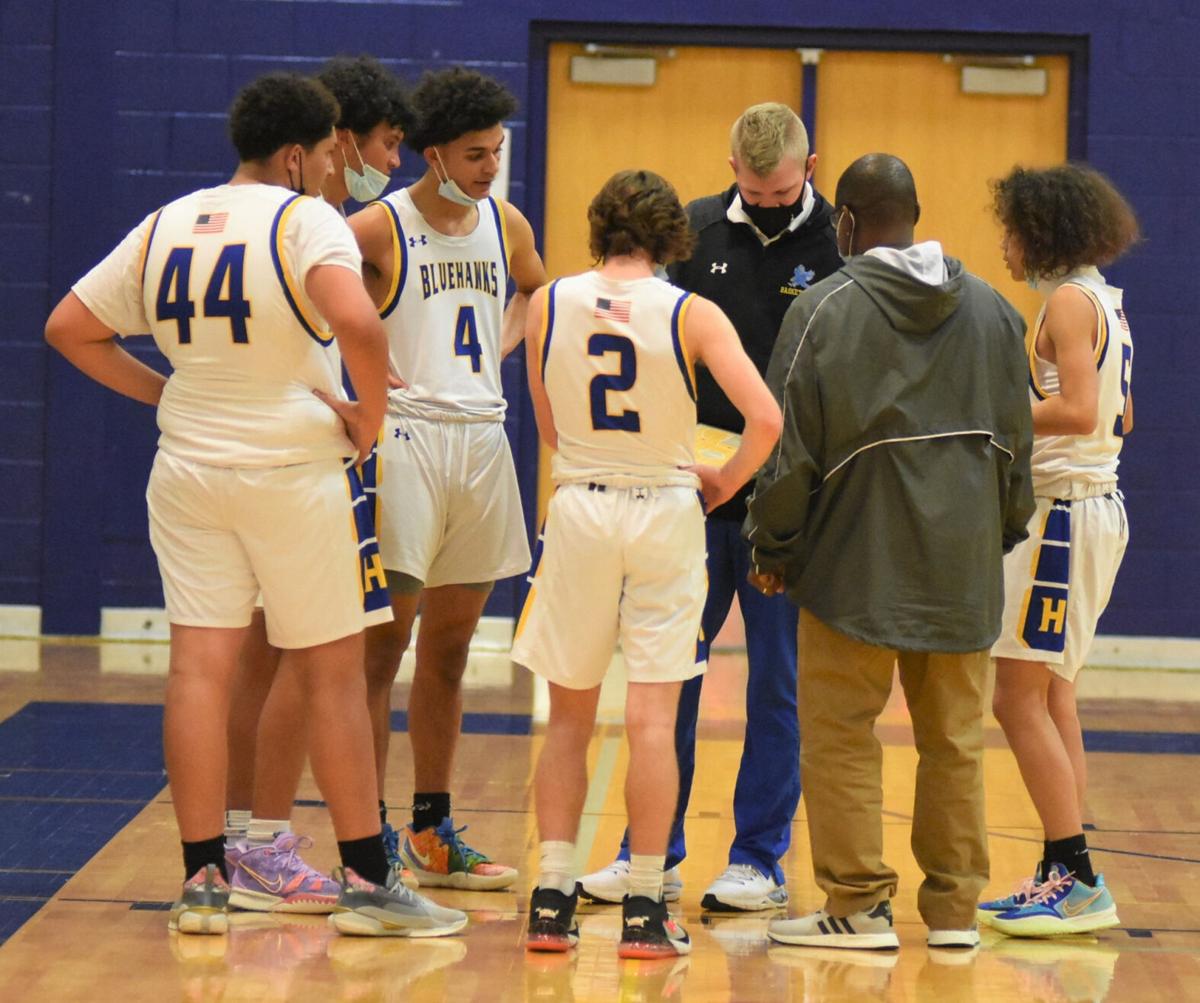 Logan Hardt and Wesley McIntyre led the Knights with 19 points each, to go with Aayden Green adding 13. Keith Robinson led Hudson with 14 points as teammates Jordan Cunningham and Kameron Taylor scored 13 and 11 respectively.

Connor Tomaso had an early steal for Hudson in the opening minute and converted the layup at the other end of the court for the game’s first basket. The Knights committed a few turnovers in the beginning stages so they called a timeout to regroup. After Cunningham caught a pass on the baseline for an easy layup, the Knights’ shooting heated up.

Lansingburgh made three pointers on consecutive possessions and had a 15-9 lead with less than two minutes left in the period. Taylor fought for an offensive rebound in the paint for the Bluehawks and made the shot for two points. The officials called a technical foul on McIntyre after a heated exchange that followed him getting fouled hard. The Knights had the ball to end the quarter but could not get a shot before the horn.

With Hudson down 18-15 entering the second quarter, they needed to change the pace of the game to get some momentum. Robinson hit a floater down the lane to cut the lead to 20-17 and the Bluehawks drew closer.

Cunningham got to the free throw line and gave Hudson a 21-20 lead. Isaiah Maines was being double teamed in the corner on a subsequent possession for Hudson, forcing them to use a timeout at the 4:35 mark. Taylor earned foul shots for the Bluehawks as well, making one of two to pull to 24-22.

Taylor made up for the missed free throw with some quick points in the closing moments of the half, but Hudson turned it over multiple times in the final minutes and trailed 31-26 at the break.

The Knights went into halftime visibly frustrated that they were not leading by a wider margin, and they quickly grew the lead to nine points. The Bluehawks were overwhelmed in the second half by the Knights’ athleticism.

For almost every shot that Hudson made, Lansingburgh matched them with one of their own at the other end. Hudson took a timeout with 1:52 on the clock in the third, now down by 11.

Maines made a few baskets in the quarter but he could not pull the team back into the game by himself. The Bluehawks trailed 52-42 after three quarters, but the lead was well within reach if they could get a few stops.

Unfortunately for Hudson, Lansingburgh was relentless on offense and kept their foot on the gas throughout the fourth quarter.

Robinson hit a three point shot and Maines got to the line for free throws but once the lead was under ten points, the Knights would make another shot and stay one step ahead.

Lansingburgh used a full timeout as the end of the game neared, pulling their starters after the lead was comfortable once again.

When the final horn sounded Hudson fell at home to Lansingburgh Wednesday night by a 66-51 final score, as they begin winter break and the schedule picks back up in January.