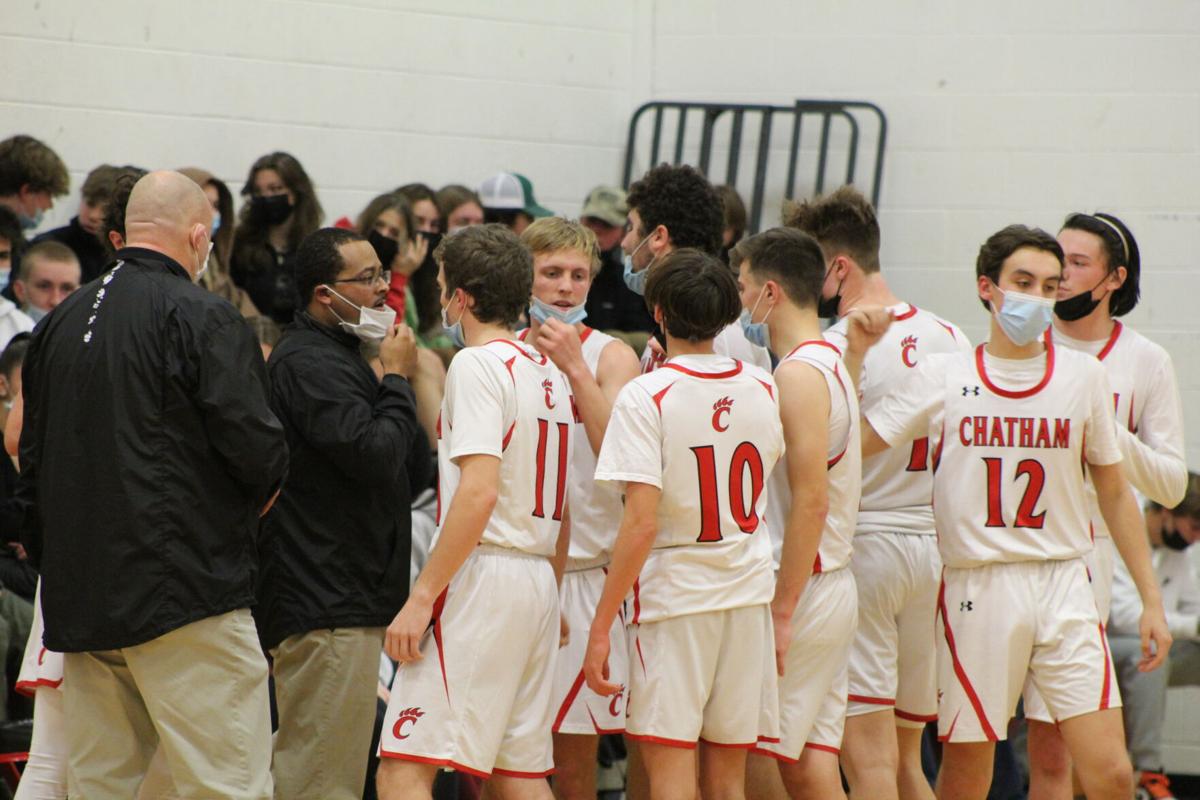 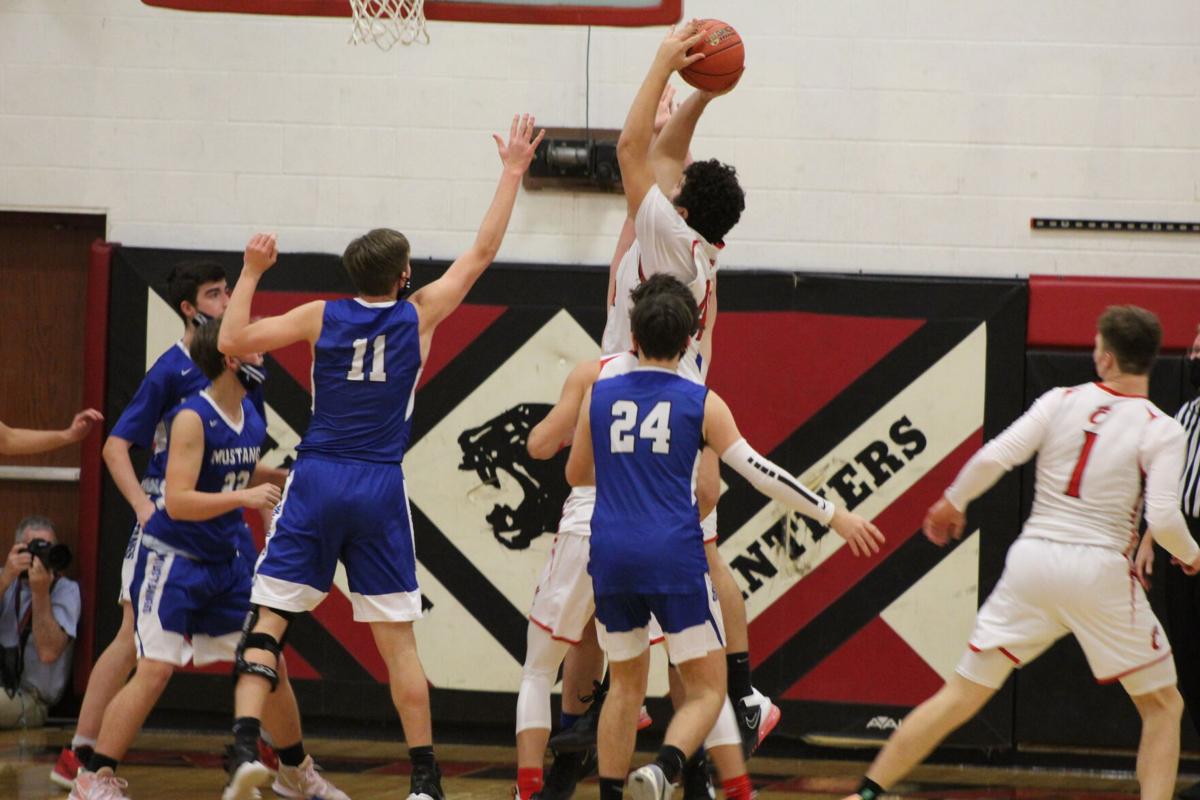 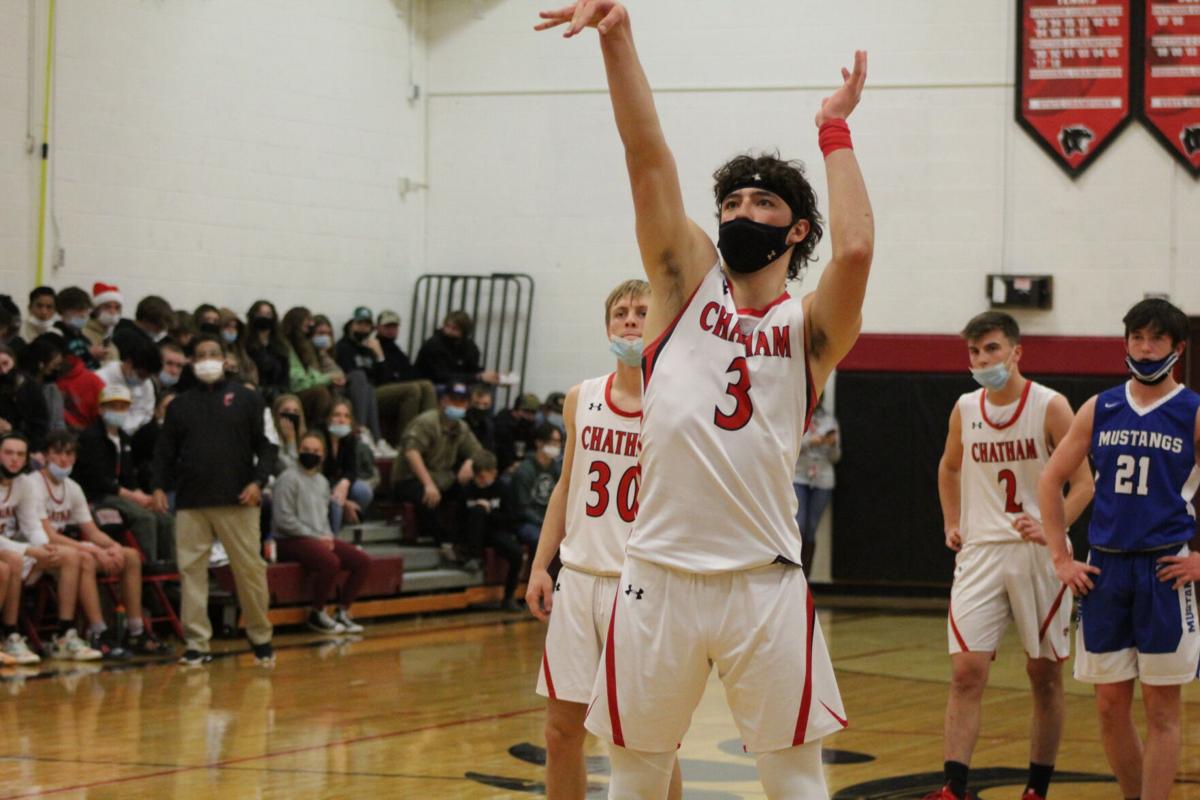 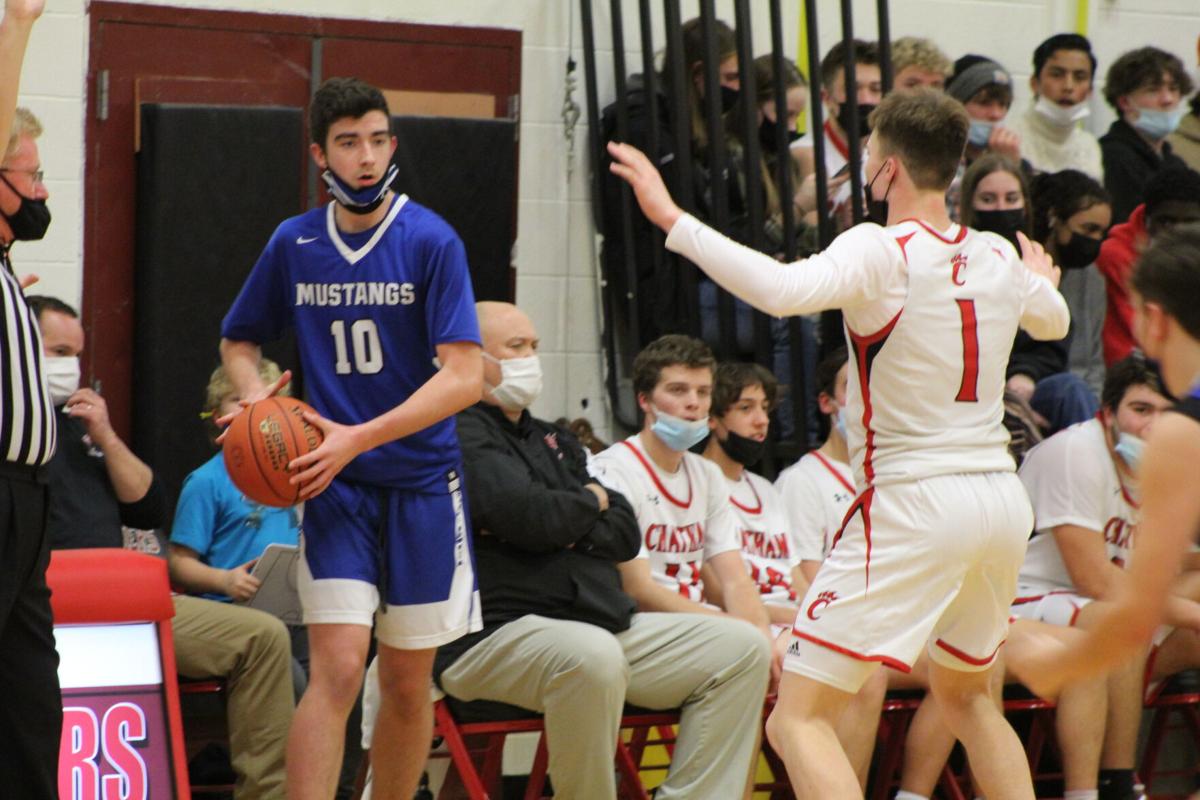 Even after such a big win, Brantley said that his team could still improve in the transition game, “leaving points out there and in transition on our side when we had the numbers.”

Thorsen ran the offense early for Chatham and did his part on defense as well, stealing a pass and going in for the layup to put the Panthers up 8-2 quickly. Kneller grabbed an offensive rebound off of a Thorsen miss, and laid it up for two points. Tate Van Alstyne stole a Mustangs pass, leading to another Panthers basket and they were shortly up by ten. O’Dell hit a three point shot from the left wing to close out the first quarter, and Chatham led 18-2.

The Panthers’ passing was two steps ahead of the Mustangs’ defense throughout the game, and the lead grew exponentially. O’Dell knocked down another three to force a Cairo-Durham timeout with 3:15 left before halftime, and bring the Chatham lead to 28-6.

The Mustangs got a good number of clean shots off in the final minutes before the break, but next to none of them found the basket. The Panthers did not take their foot off the gas and they led 39-8 by the break.

The second half spelled much of the same for the Mustangs as the Panthers’ vice grip of a defense only tightened. Cairo-Durham only managed a total of five points in the entire second half as Chatham asserted their dominance on their home court. Thorsen had a steal in the third quarter and took it to the paint for a one-handed dunk, sending the Panthers’ student section into a frenzy.

To the Mustangs’ credit, they did not lose heart through the final buzzer and kept fighting for loose balls and finding the open man for higher percentage shots, but it was just not their night. The Chatham Panthers closed it out in the fourth for a 64-13 win over the visiting Cairo-Durham Mustangs for a conference win in the Patroon to end the week.