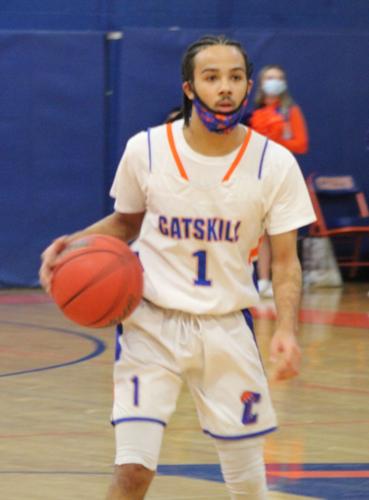 Catskill's Azar Brantley brings the ball up the floor during Friday's Patroon Conference game against Chatham. 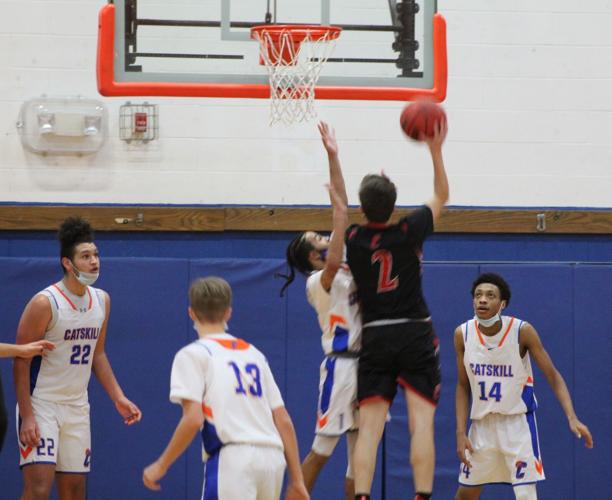 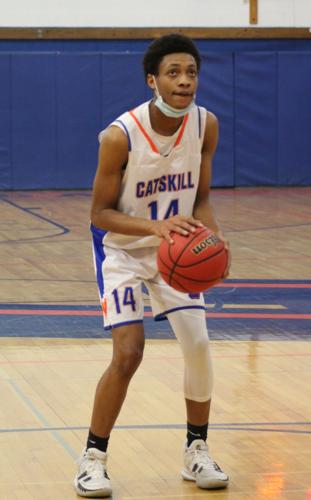 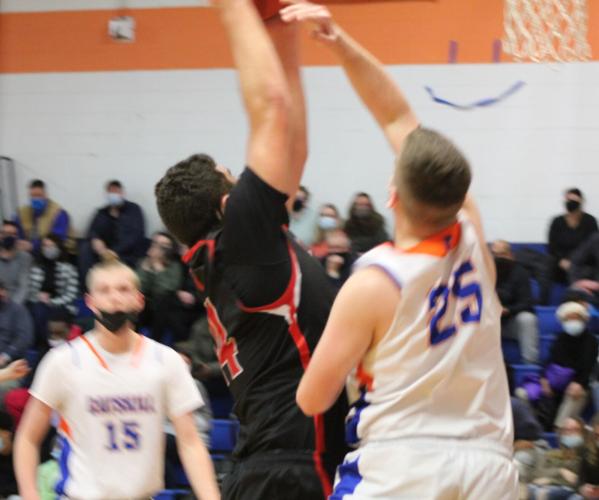 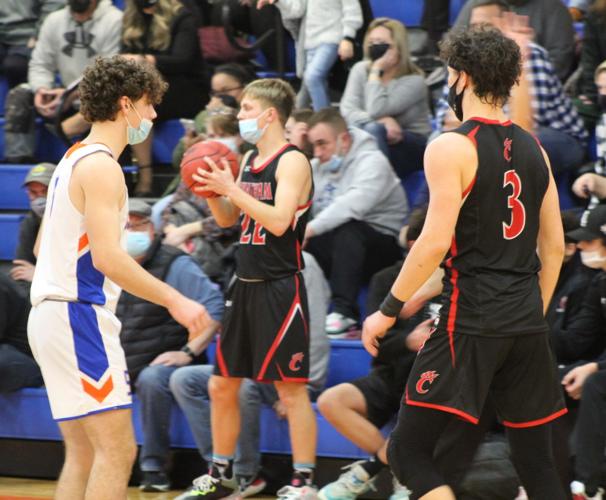 Catskill's Azar Brantley brings the ball up the floor during Friday's Patroon Conference game against Chatham.

CATSKILL -- The Chatham Panthers defeated the Catskill Cats in a tough Patroon Conference boys basketball match-up all the way through, 54-35 Friday night.

The Panthers are now ranked 19th in Class C for New York State, after improving to 8-1 in the Patroon Conference with their 9th straight victory.

Jacob Baccaro led a balanced Chatham offense with 13 points, Matt Thorsen was close behind with 10, and Kyle Jackson and Tobin Jeralds each scored 9.

Kellen Gibbs and Lucas Konsul were the top performers for Catskill, each with 10 points and the only players in double figures.

The game was off to a fast start from the opening whistle, with both teams rushing up and down the court and committing unnecessary turnovers and errors.

After Thorsen made an early layup, Catskil’s Azar Brantley dished it down low to Sean Haye for two points. Then Jeralds knocked down a mid-range jumper for the Panthers to tie it 6-6.

The Cats had multiple shots go halfway through the hoop and ricochet out in the first quarter. Konsul was fouled on a shot with next to no time left in the first, and he made both free throws to put Catskill up 10-7 through one.

As the second quarter began, the Cats looked to have the upper hand on the Panthers in the passing game. Chatham had trouble slowing the action down and had to ease the throttle on their adrenaline.

Alex Chudy grabbed a rebound for Chatham and took it the length of the court for a layup. He made a nice move to fake out the Catskill defender and send him out to the corner and Chudy just took it to the basket with no one left in the paint.

Baccaro made a shot and got the foul call, and Thorsen grabbed the rebound on his missed foul shot and fed it back to Baccaro for another basket. Baccaro made another shot in the paint and a timeout was called after the Panthers went up 15-11.

Haye was matched up with Baccaro and the battle for big-man supremacy waged on throughout the contest. With the Chatham defense holding Catskill to four points in the quarter, the Panthers took a 19-11 lead into halftime.

Both teams turned the ball over to start the second half as they came out of the locker room looking to increase the offense. Thorsen hit a jump shot for the first points of the third period, and he drove down the lane on the next possession, but kicked it out to Kyle Jackson in the corner. Jackson nailed the shot from beyond the arc and the Panthers led 24-11 very early in the third.

Tyler Kneller made a three pointer for Chatham next, followed by a layup from Jeralds to keep the lead at 14. Tate Van Alstyne joined the three point club as well, making the deep shot from beyond the arc. Kneller dribbled across the painted area and threw the shot up and banked it in off the glass for another two points.

The Cats managed to get a couple shots up before the horn, but none of them fell as the period came to a close with Chatham leading 39-21.

Baccaro opened the fourth quarter making a shot he just desperately threw up as he drew a foul. He made the bucket and the subsequent foul shot to complete the three point play for the Panthers. Chatham worked the clock through the final period after going up by 21 points with seven minutes to go.

Jeralds hit a floater for the Panthers as well, while the Cats were unable to get anything going offensively with time ticking away. Catskill’s frustrations came to a head in the final minutes as Gibbs got in Kneller’s face and kept moving forward after the whistle had already blown the play dead and he was given a technical foul. Jackson sank both free throws for Chatham to seal the deal and secure the Panthers’ ninth consecutive win.

Chatham took the road win over a tough Catskill Cats team 54-35, improving to 8-1 in conference play and look to make it 10 in a row next time out.

Kid-Friendly Tech Gear For a Season of Outdoor Fun

Communication on the playground: How to make your play space more inclusive

Turning 65: What to Consider When Selecting a Medicare Plan