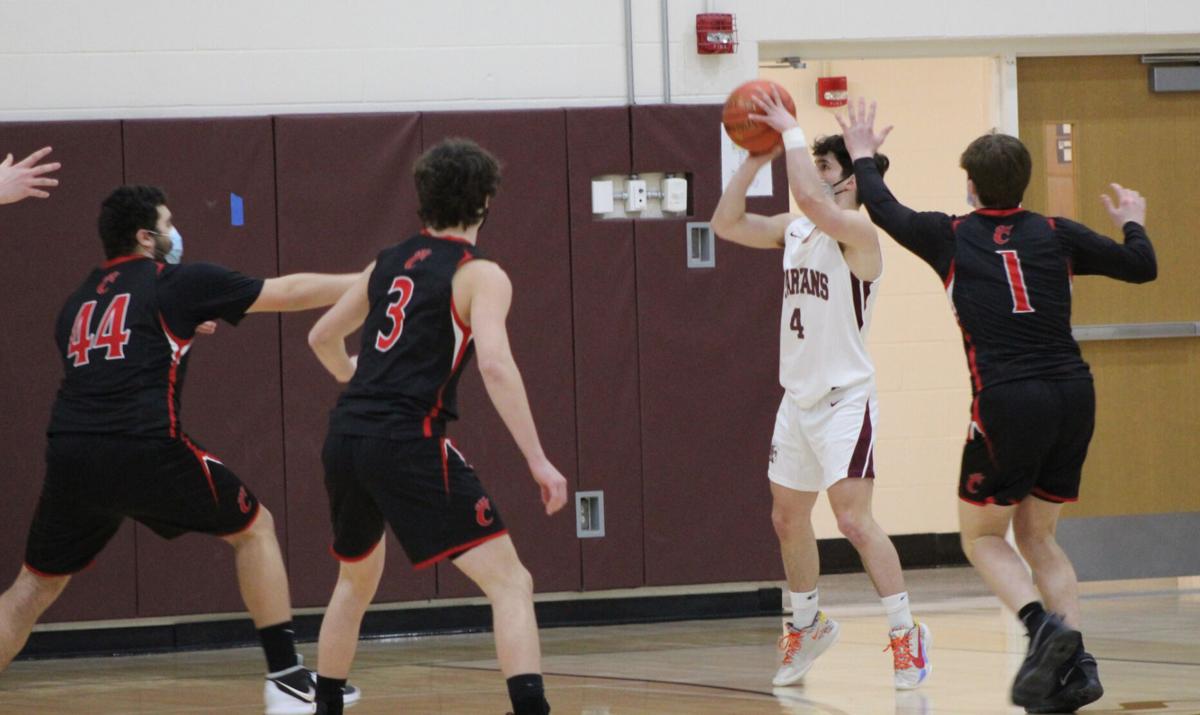 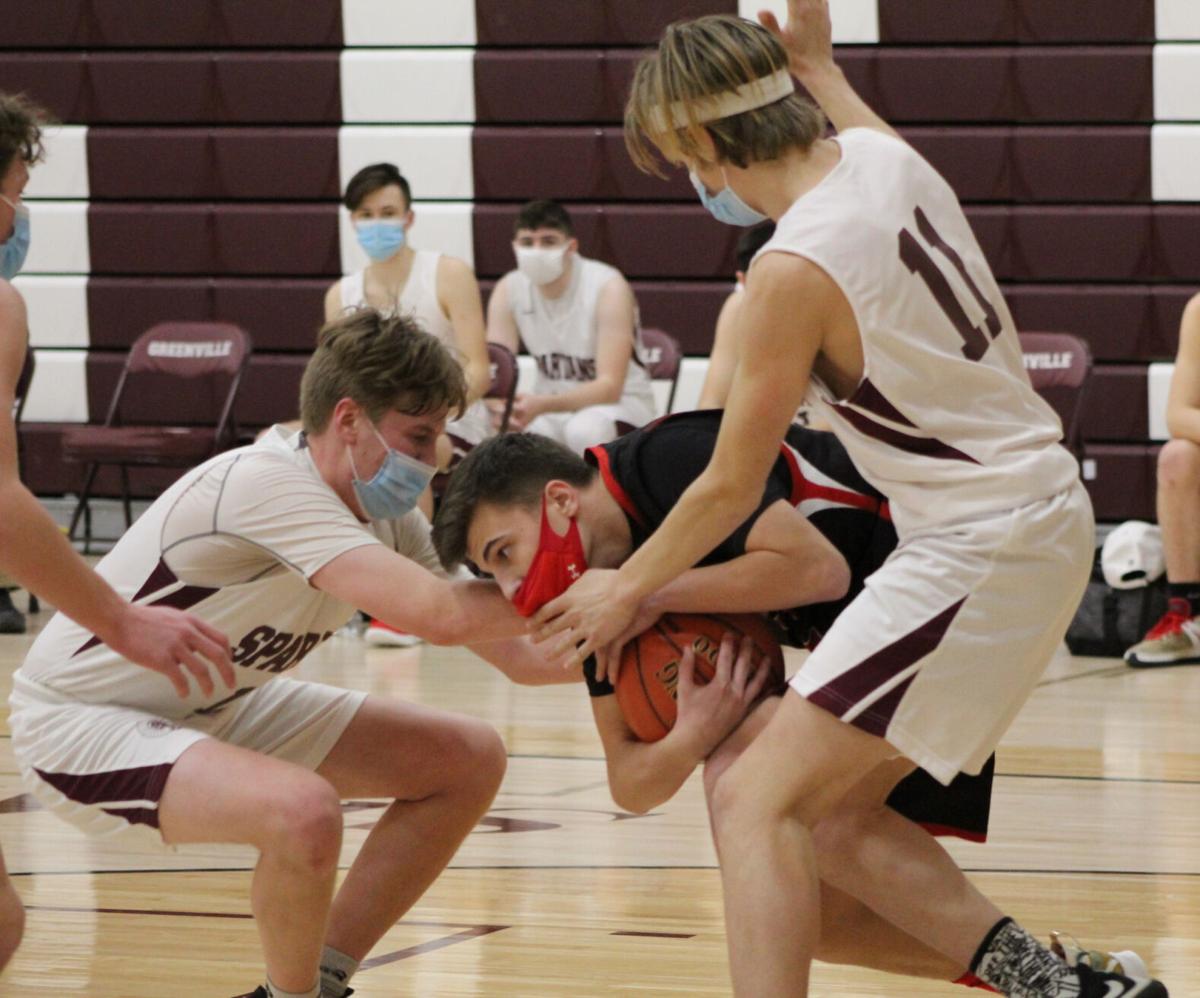 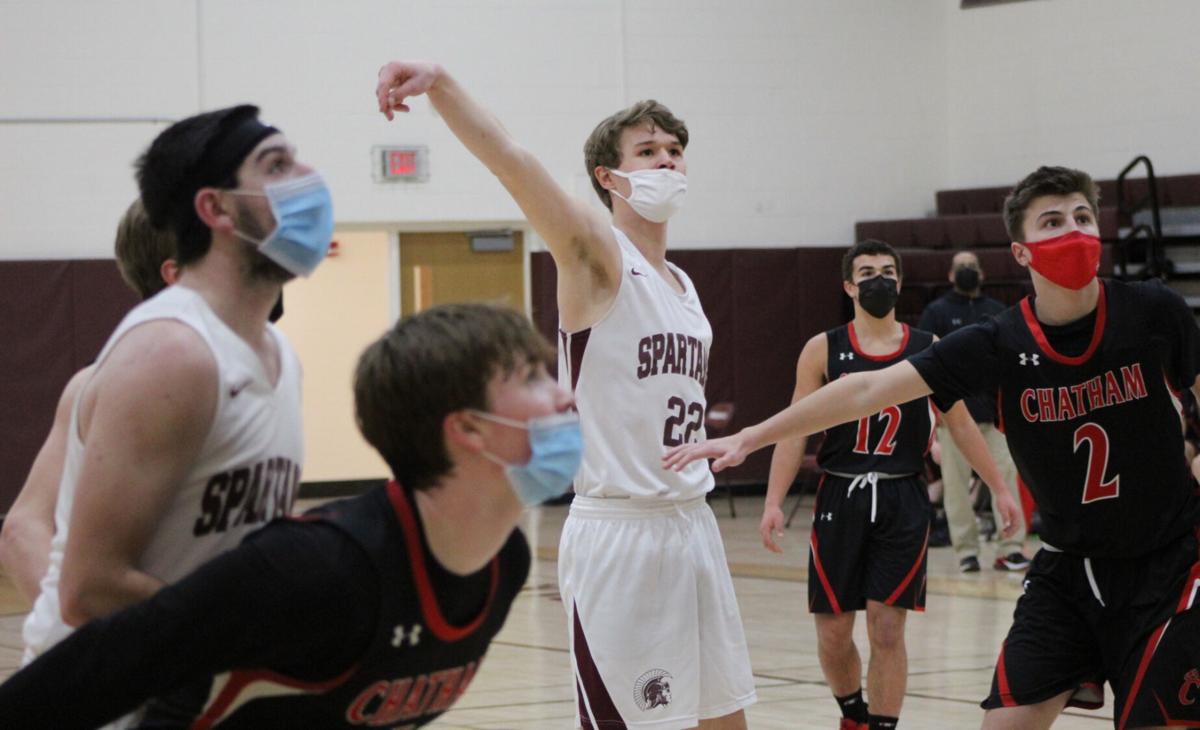 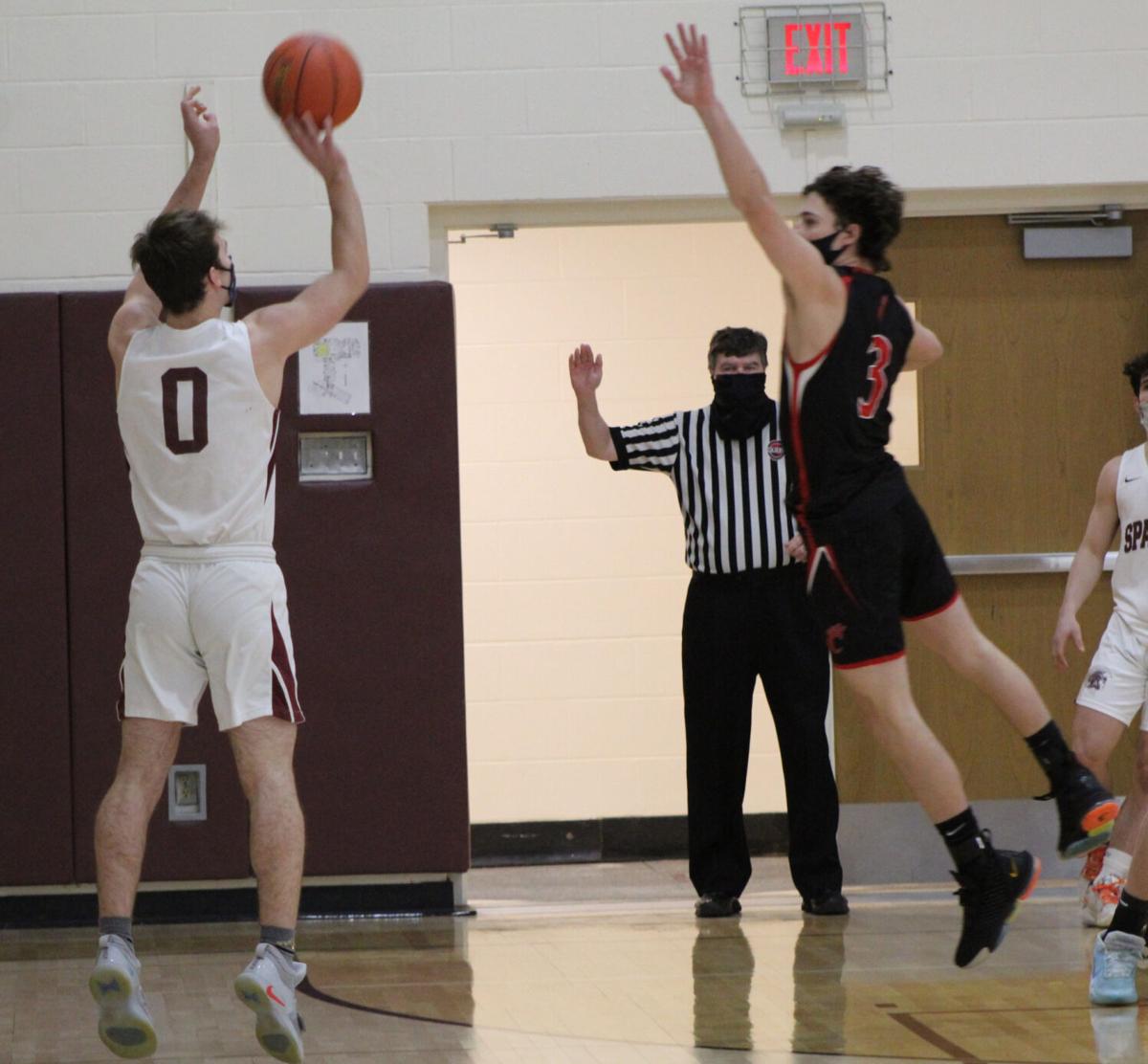 GREENVILLE — In a battle of boys basketball unbeatens on Wednesday night, the Greenville Spartans were victorious over the Chatham Panthers 68-60.

Greenville improved to 6-0, while Chatham fell to 3-1 in this shortened year.

Both teams got out to a fast pace to start the game, getting from one end of the court to the other quickly and with ease. A few minutes in, Chatham was clearly the better team in transition, and Greenville had trouble switching from offense to defense on multiple occasions.

With the Panthers leading 12-2, the Spartan shooters started heating up and knocked down three pointers on three consecutive possessions. Chatham caught a few breaks at the end of the quarter, with Greenville missing two straight shots as the time ran out. At the end of the first, Chatham still led 16-11.

Greenville got two buckets to begin the second period, forcing Chatham to take a timeout and regroup. The Spartans dialed up the intensity however, and after initially taking the lead, the deficit swelled to 11 points.

Suddenly, the Panther found themselves down by double digits with about 3:30 to go in the first half. The plays drawn up by the Panthers were working in these final minutes, but they were not developing quickly enough for them to close the gap on the scoreboard. Chatham hit a mid-range jumpshot to end the half and cut the lead to 37-28 at the break.

The third quarter was the closest of the game to that point. Chatham played better on defense and initiated contact from Greenville on multiple shot attempts, to get to the free throw line.

By the end of the period, the Panthers were only trailing by three points and entered the fourth with the score at 48-45 in favor of the Spartans.

It was now the Panthers who were having trouble with transition defense, and they needed to create some turnovers to have a chance at getting back the lead. Unfortunately for Chatham, any momentum they could build was met with points on the other side from Greenville.

Before they knew it, the Panthers were down by 11 again with just over three minutes left in regulation. Chatham managed to cut the lead back down to four points, but Spartan James Mitchell buried four free throws in the final 20 seconds of game time, and had a steal and an easy layup to seal the deal.

Mitchell scored Greenville’s final six points, and secured the Spartans’ sixth win of 2021 without a loss.