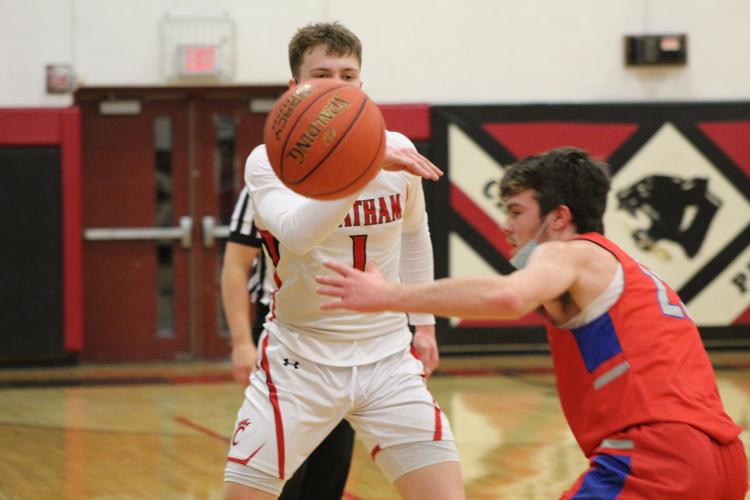 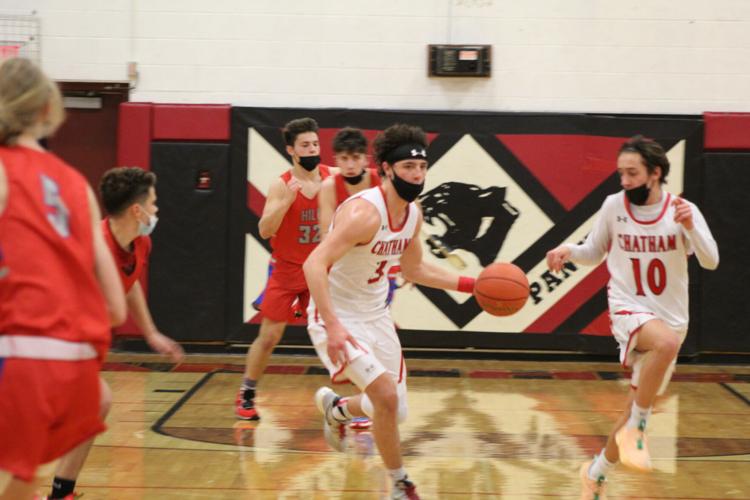 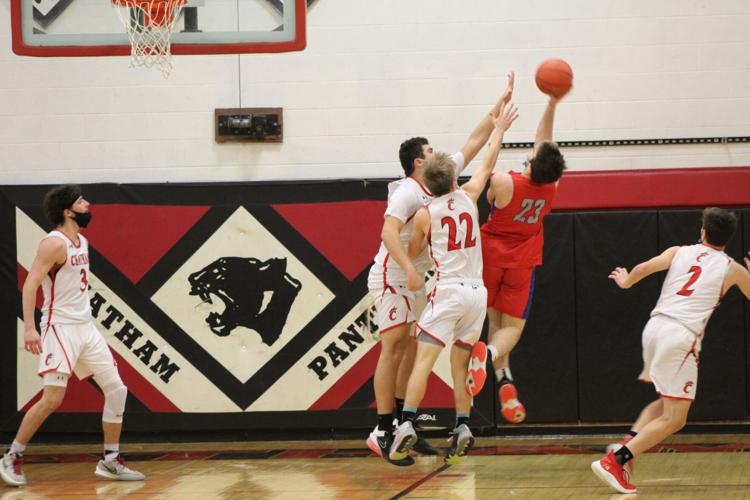 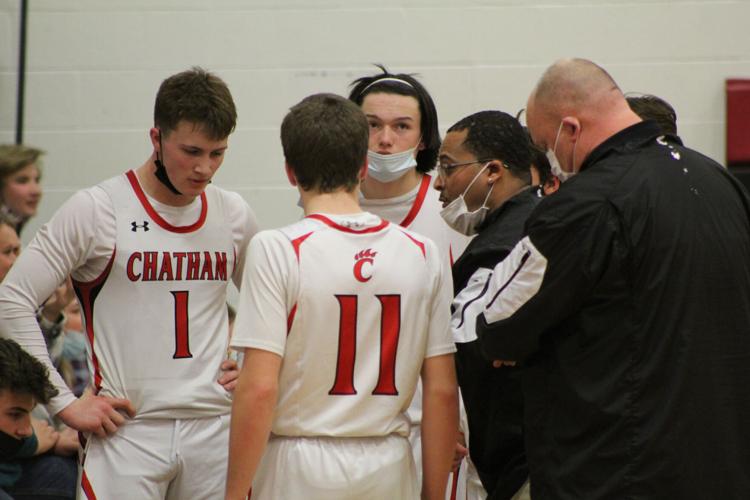 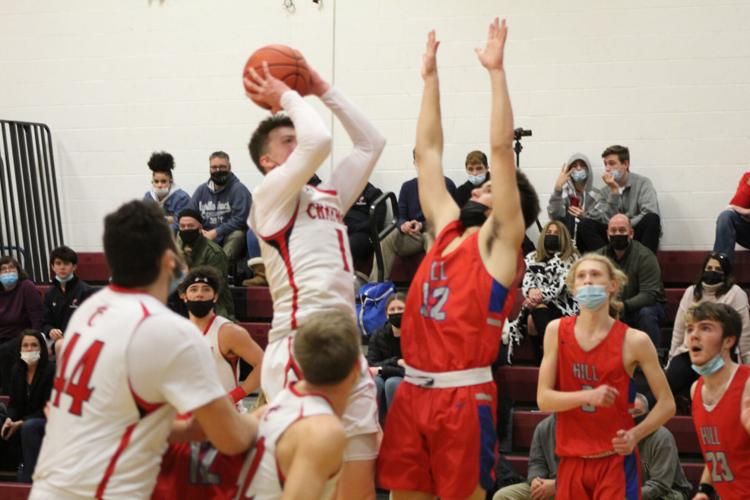 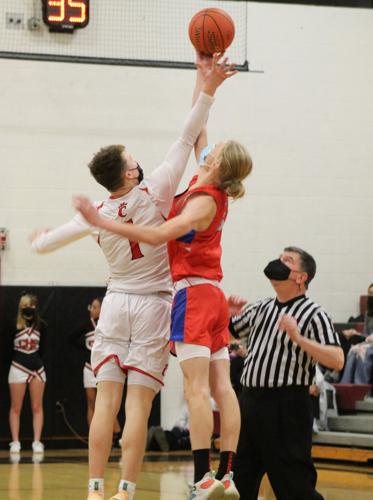 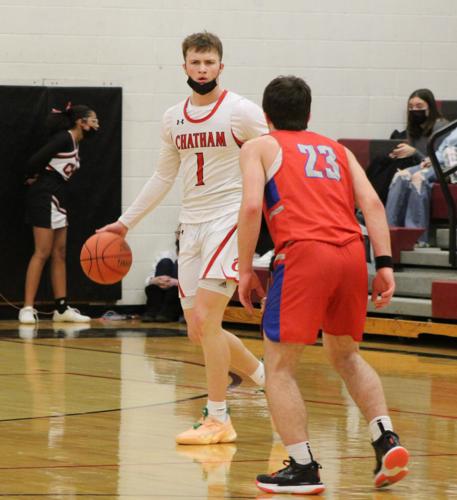 The Panthers had trouble on offense the entire game with the Wildcats’ defense pressuring the ball handlers all night. Maple Hill’s Ben Marra had Chatham’s defense in fits throughout the game, scoring 39 points for Maple Hill to lead all players.

Jacob Baccaro was the leading scorer for the Panthers with 19 points, Tate Van Alstyne added 12, and Tobias Jeralds and Matt Thorsen had six points each.

The first quarter was scoreless for the first 90 seconds until both teams found a rhythm to score some points. Baccaro tied the game with Chatham’s first bucket, but Maple Hill worked quickly and efficiently in transition to get points fast.

Ethan Harrington drilled a three pointer to give the Wildcats a six point lead midway through as they kept adding fuel to the fire. Brady Cole threw a shot up while falling down inside the paint, and the circus shot which seemed impossible as it happened, found the basket for two points.

Marra made a reverse layup for Maple Hill as he cut through the paint and forced Chatham to use an early timeout at 2:18, trailing 16-5. The Panthers did not help themselves to free points at the line in the first period, missing seven total foul shots in the quarter.

Trailing 20-9 to begin the second, Chatham had to buckle down on defense and get some stops. However Maple Hill’s passing ability was superior throughout the match-up, making it exceedingly difficult for the Panthers to contest shots by the Wildcats.

Baccaro put in great work in the second period for Chatham, scoring ten of the Panthers’ 15 points in the quarter. They tried to claw back into the game, but the Wildcats were a step or two ahead of them on every possession.

Marra had eight points in the second for Maple Hill, as the Wildcats continued moving the ball with ease and had their second consecutive 20-point quarter. The Wildcats kept their foot on the gas through the buzzer and led the Panthers 40-24 at the break.

Marra opened the third for the Wildcats with a shot that seemed to be the dagger for the Panthers just as the second half began. Marra got the ball at the top of the key and threw up a prayer from the right side of the paint as he fell away from the basket and it just went straight in.

Chatham was forced to use another timeout at the 4:32 mark, trailing now by 23 points. The Panthers made little to no effort in the paint, on defense or otherwise, to box out the Wildcats for rebounds.

Maple Hill seemed to pick and choose whether or not they wanted an offensive rebound on any possession they desired, without any threat of a defender fighting for the ball in the paint. Van Alstyne made a few shots for the Panthers to try and ignite some urgency but the clock was Chatham’s biggest problem late in the second half.

The officials finally started calling a few traveling violations in the fourth quarter after a ton had already been missed throughout the contest. The Panthers had an offensive foul called on Baccaro as he tried to make a move into the paint, adding to their frustration.

Maple Hill made shots at will in the final quarter, eating up as much clock as they wanted while doing so. The Wildcats closed out the game with yet another 20-point quarter and ended the Panthers’ winning streak at nine games with an 81-48 victory on the road. Maple Hill has now beaten Chatham twice this season as the playoffs near.

Maple Hill hosts Greenville on Saturday at 3 p.m. and Chatham enertains Germantown on Saturday at 1:30 p.m. in the Patroon’s annual Coaches vs. Cancer games.

Communication on the playground: How to make your play space more inclusive

Turning 65: What to Consider When Selecting a Medicare Plan