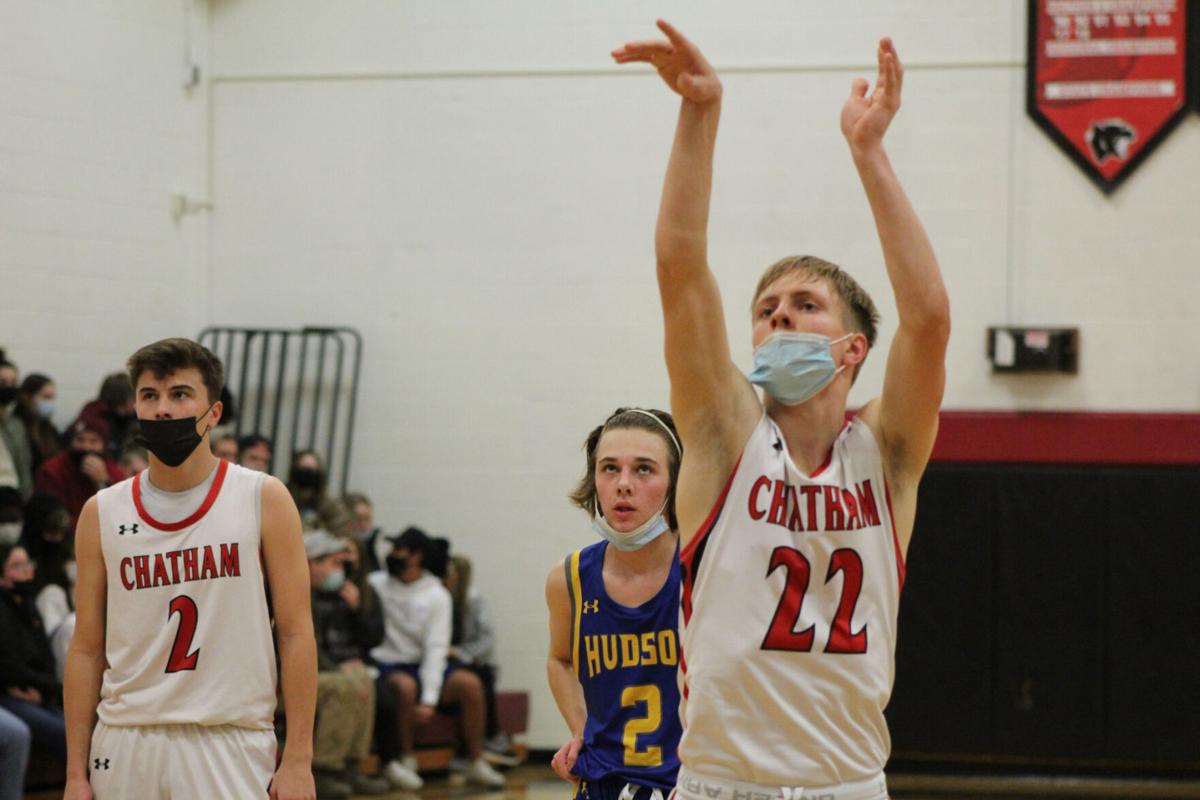 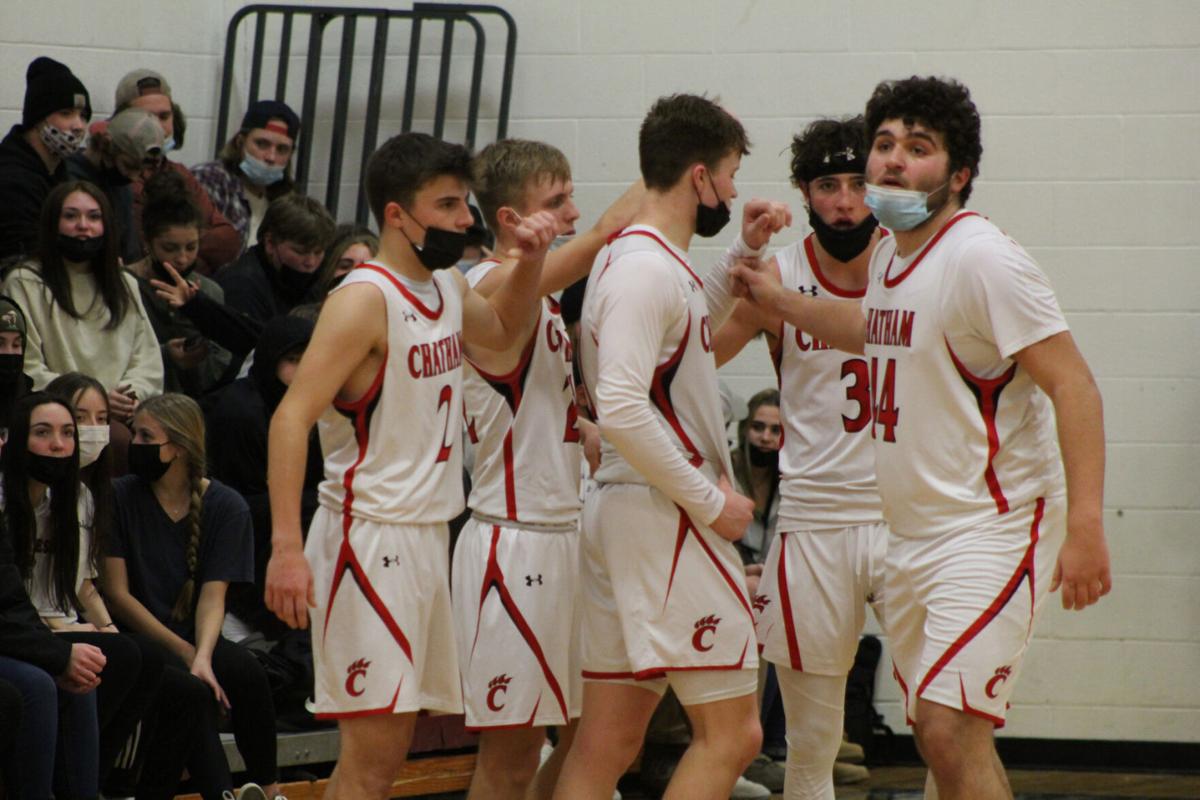 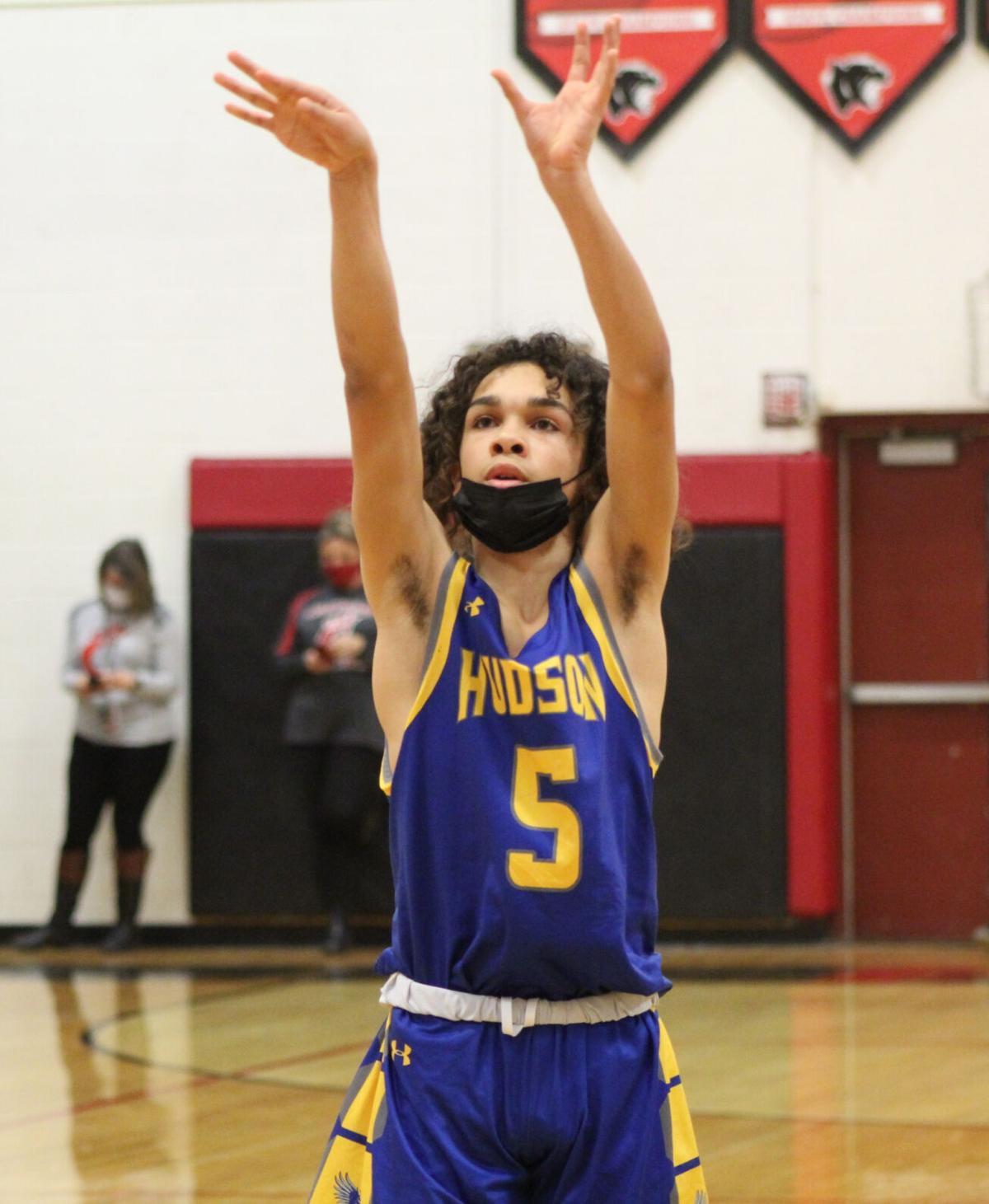 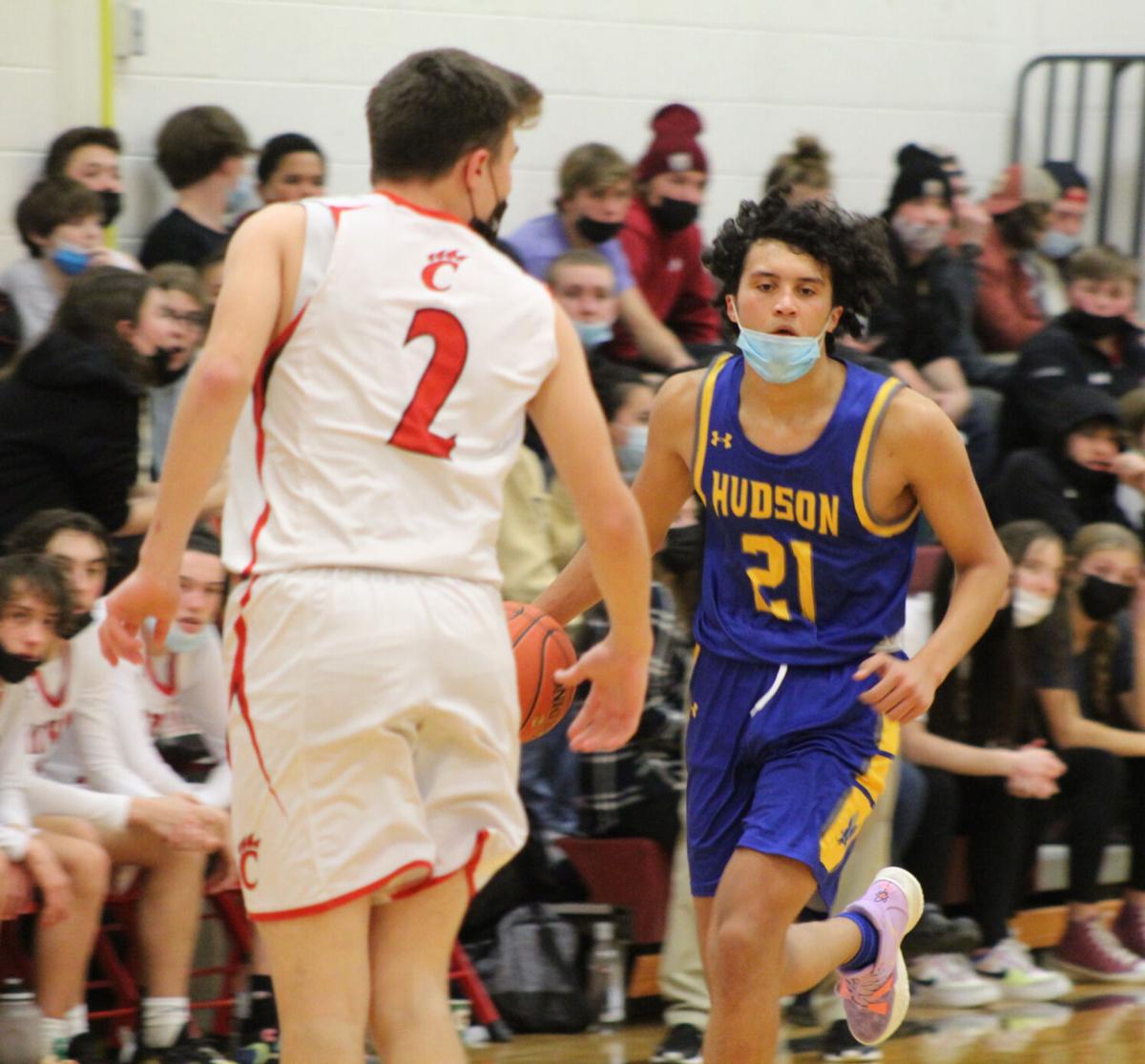 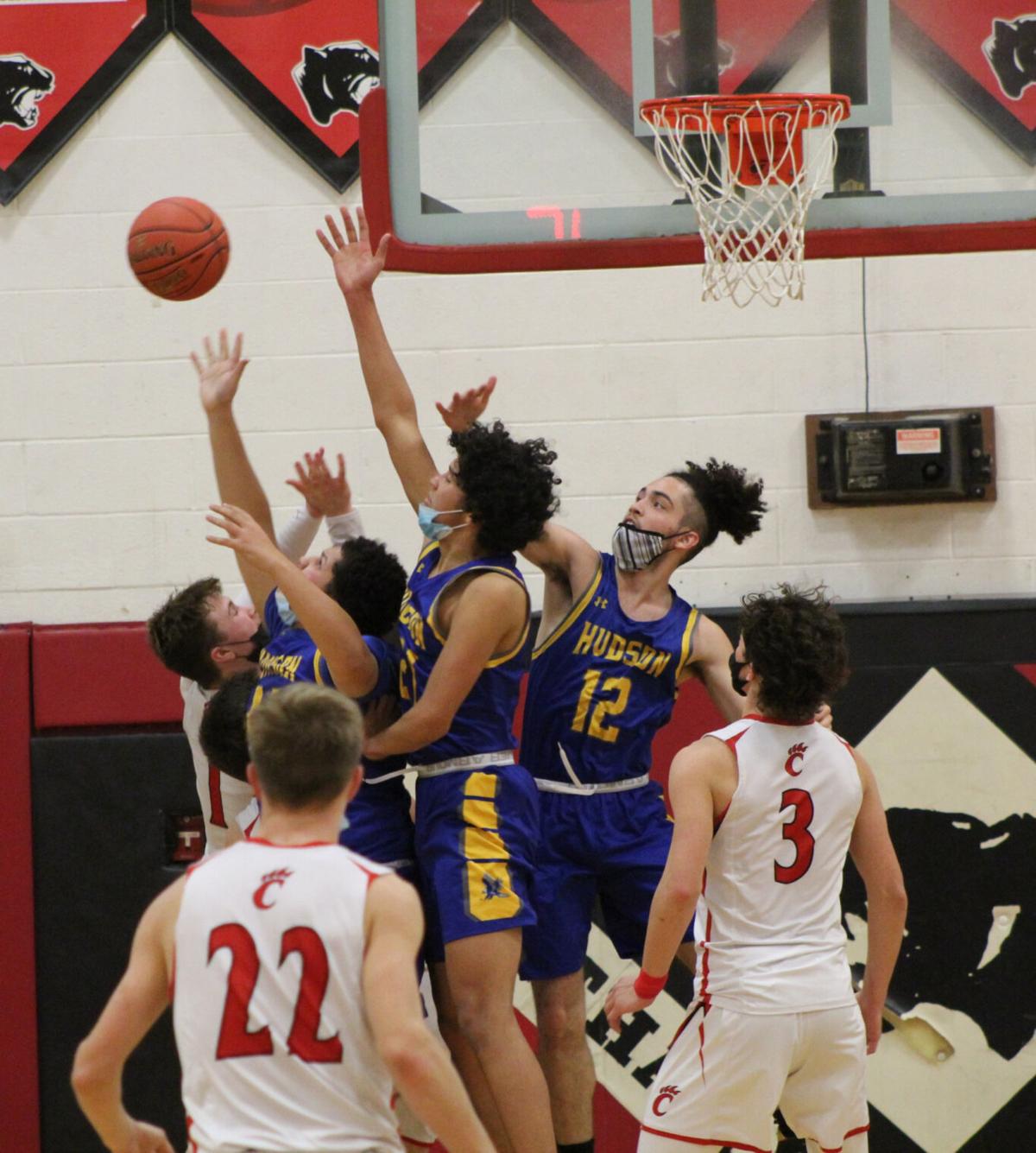 Hudson’s Keith Robinson led all scorers with 19 points and Jordan Cunningham added 13. However the Panthers had four players in double digits on the stat sheet. Tate Van Alstyne led Chatham with 17 points, and teammates Matt Thorsen, Kyle Jackson, and Anthony O’Dell combined for 39.

Hudson was without their usual offensive leader Isaiah Maines who had not returned back from vacation yet. Cunningham scored the first five points for the Bluehawks as they began play, but multiple traveling violations disrupted their offense early.

The Panthers got to the line early, but missed their first four free throws and trailed 5-4. O’Dell made a three pointer near the end of the period to give Chatham the momentum back, and they led 17-12 through one.

Tyler Kneller opened the second quarter with a bucket and the foul, completing the three point play for the Panthers. Kneller made another layup in the paint after some hesitation got him the space he needed going up for the shot.

Kameron Taylor grabbed a loose ball for Hudson and made a nice reverse layup on the other end of the court. However, the Bluehawks’ points were few and far between even after the stops they managed to make on defense. After O’Dell hit another three for Chatham, Hudson cut the lead to 32-24 by halftime.

Robinson made one of two free throws for Hudson to open the third period, but Kyle Jackson knocked down a three pointer to put the Panthers back up by ten. Taylor grabbed an offensive rebound for the Bluehawks and was sent to the line after being fouled on the shot.

Thorsen was incensed that there was no over the back called on the rebound after Taylor nearly climbed on his shoulders for the rebound. After the two foul shots, Tobias Jeralds sank a floater down the center of the paint for Chatham to go back up by 12.

Jackson nailed another three pointer, and then stole the ball twice for two easy layups and a seven point burst for the Panthers in the closing moments of the third. Robinson missed a jumper at the horn for Hudson, and they trailed 57-35 entering the fourth.

The teams traded three pointers to begin the quarter, taking time off the clock with the deficit remaining the same for the Bluehawks. The Chatham defense suffocated Hudson throughout the second half, pressing them the moment the ball reached half-court with relentless double-teams.

Van Alstyne widened the lead with a shot and the foul, and O’Dell made yet another shot from beyond the arc for the Panthers. Chatham coasted the final minutes of the game, chewing the clock up on their last few possessions in this first game in 2022.

The Chatham Panthers were victorious after the final buzzer, defeating the Hudson Bluehawks 78-45 for their seventh straight win.