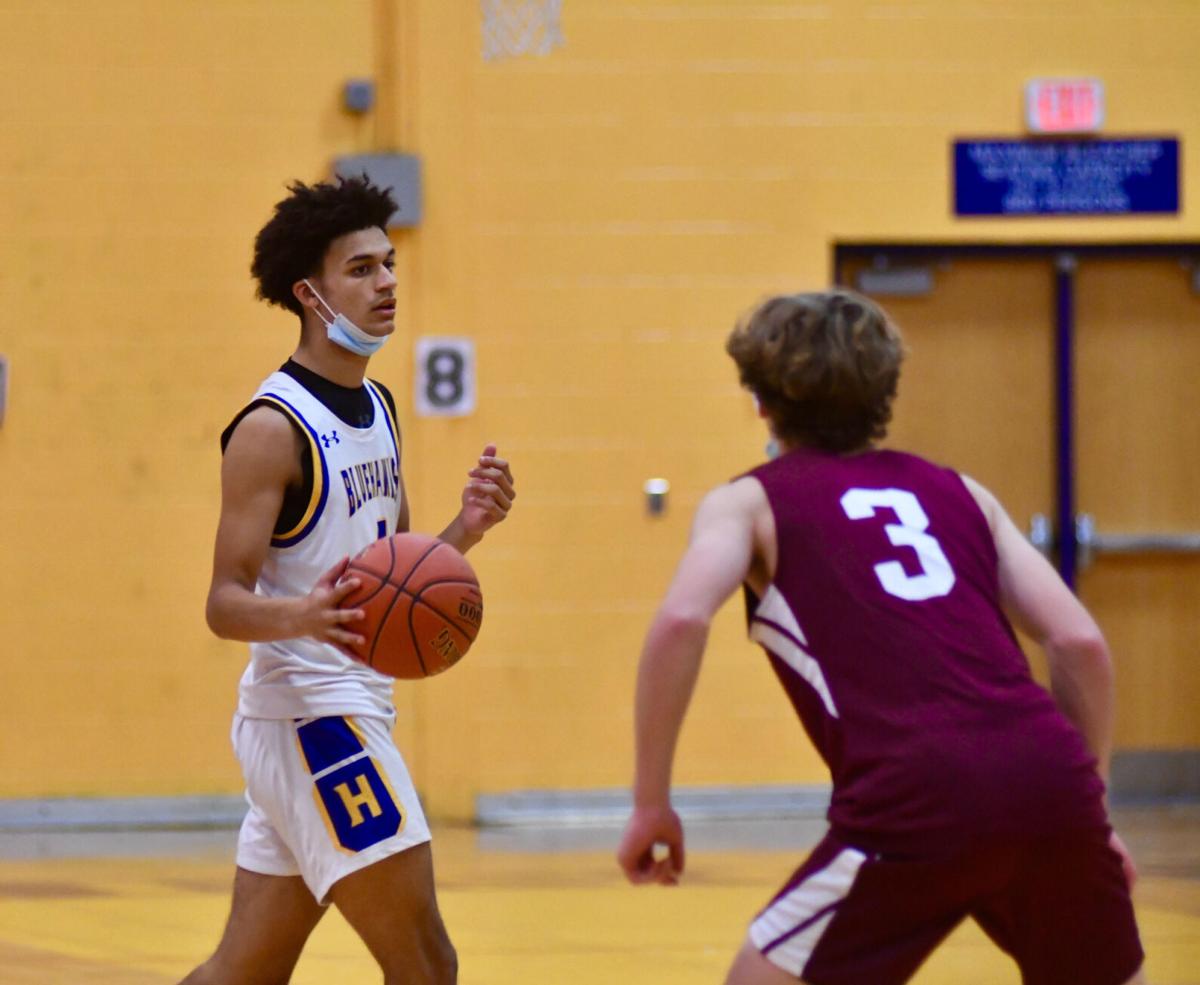 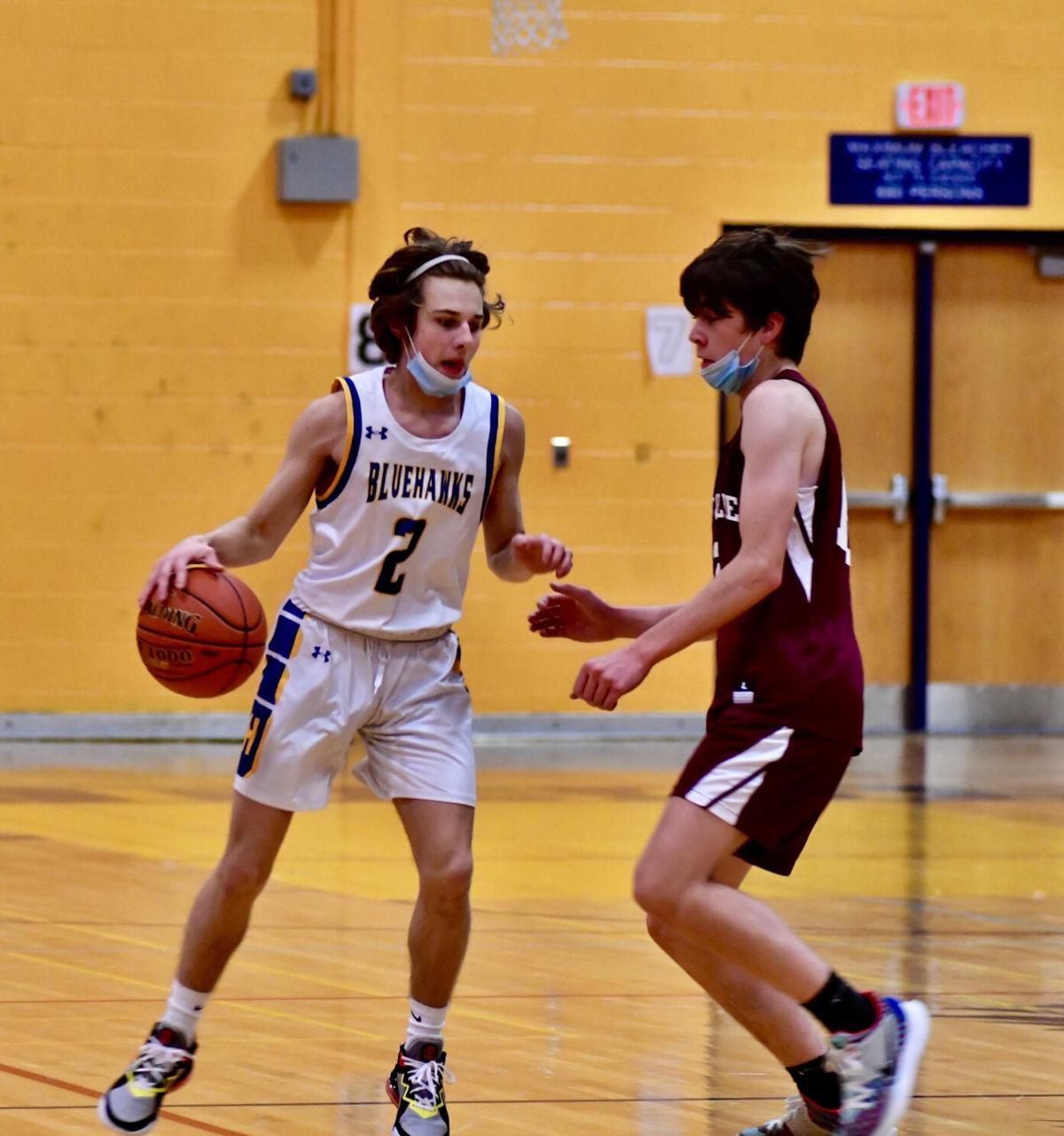 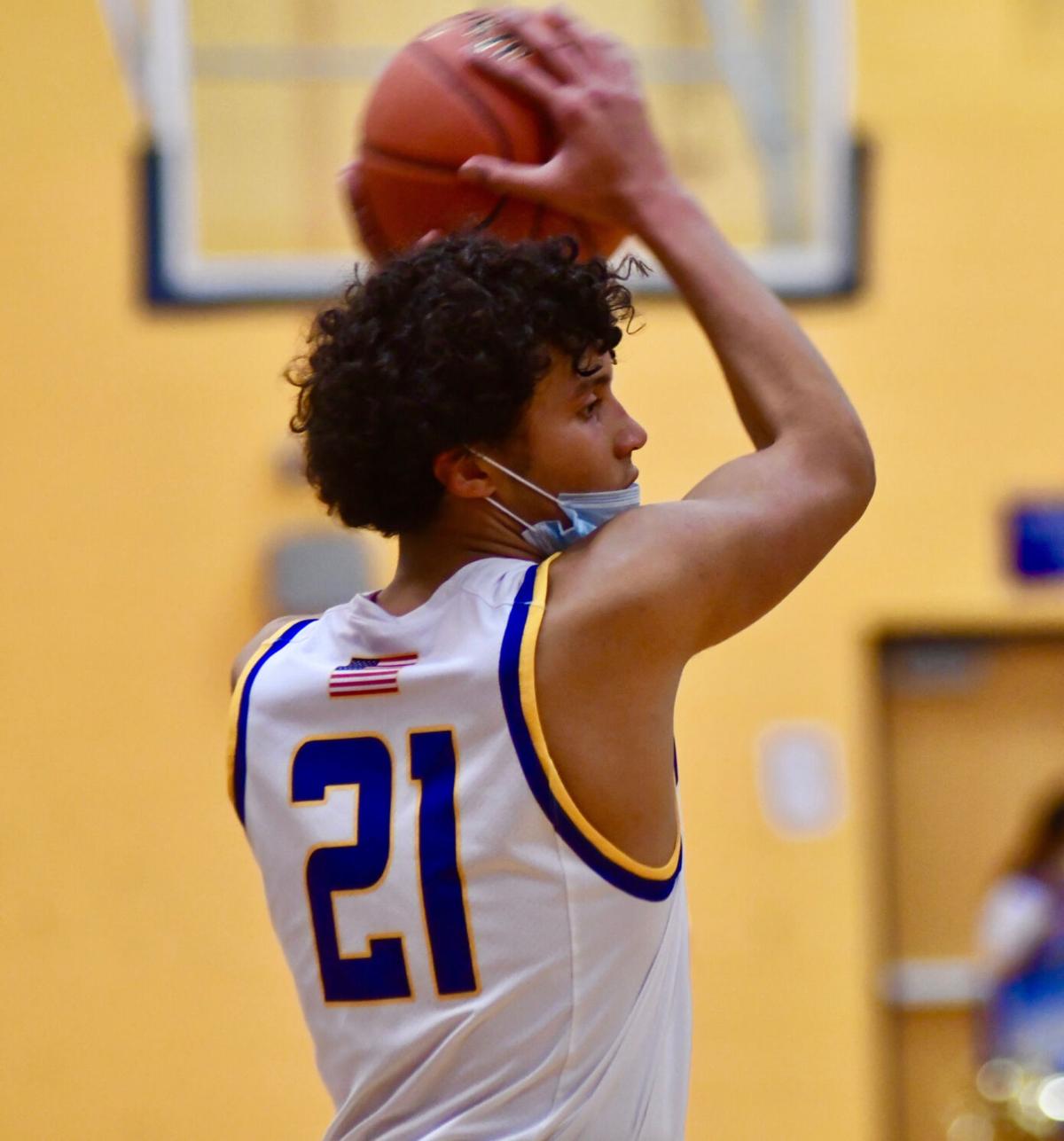 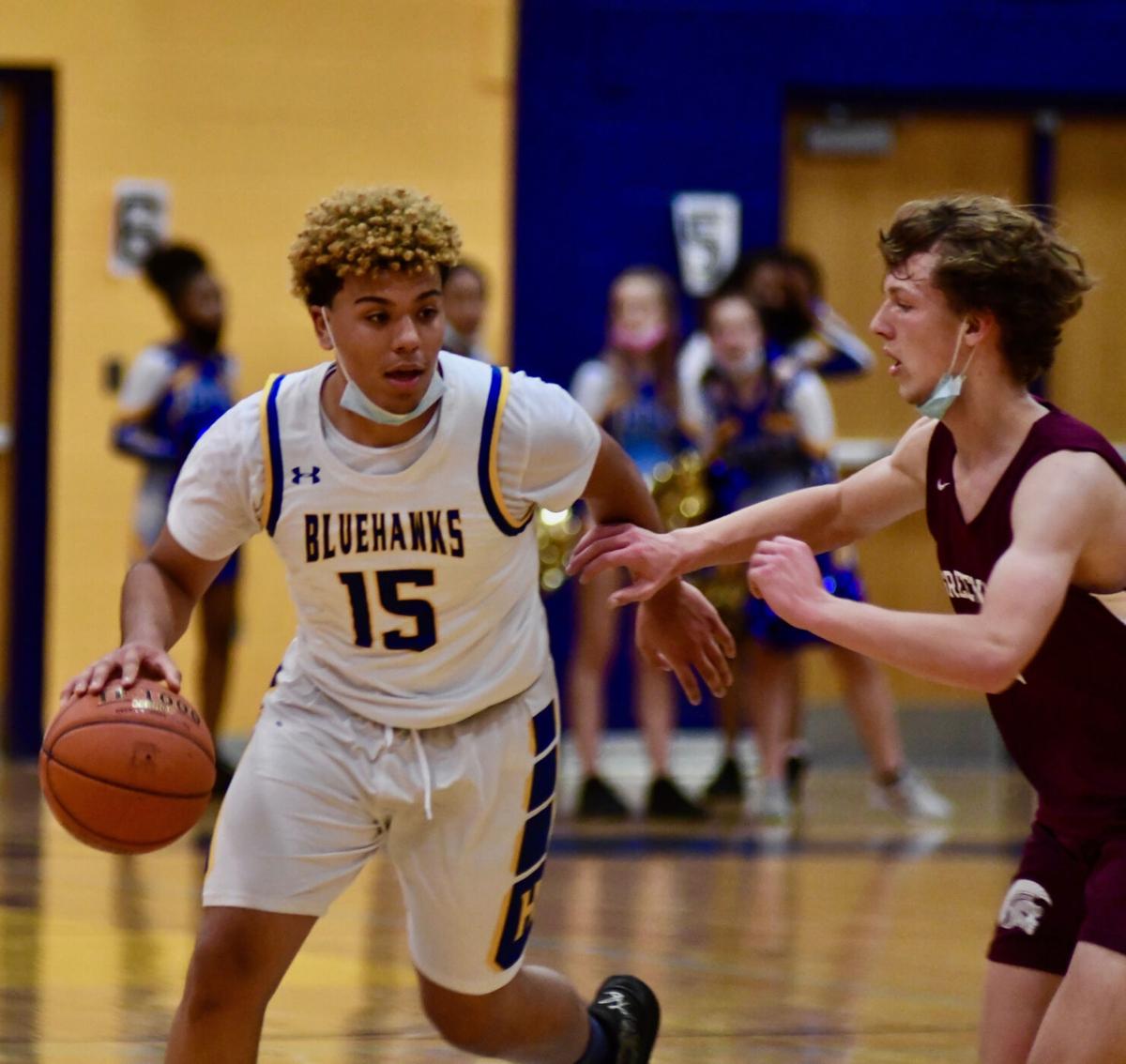 Isaiah Maines led the charge for Hudson with 25 points. He was helped by Dezmond Wallace’s 11 and Connor Tomaso’s eight points.

“It was great to be back in front of our home fans for the first time in two years,” Hudson coach Shawn Briscoe said. “They really came out and supported us tonight and the boys didn’t disappoint.”

The Greenville offense was led by Trey Smith with 16 points paired with Jack Motta’s 15, but not enough shots fell late in the contest for the Spartans to stay within striking distance of the lead.

Both defenses were tough throughout the contest, but especially in the first quarter. Midway through, Hudson was up just 4-1 with two of those points from Maines free throws.

Keith Robinson was called for a hard foul on a Spartans player in the paint a few minutes into the game, and he remained on the bench for the rest of the half to cool down. Trey Smith got to the free throw line to try to put some points on the board for the Spartans. However, he missed the first shot, and a lane violation was called on the second so it did not count. Smith made up for it at the end of the period though as he hit two three pointers, including one at the buzzer, to give Greenville a 9-8 lead after one.

Early in the second quarter, the teams traded three pointers on three consecutive possessions as the shooters started to heat up. The Bluehawks took a timeout with 5:43 to go before halftime to breathe for a second, down 15-11.

Maines got to the free throw line again and cut it to 15-13 just before Wallace tied the game with a layup in the paint. The teams traded the lead back and forth for the final few minutes of the half and with Hudson up by one, they got the ball back after Greenville was called for a backcourt violation.

The Bluehawks held for one last shot and Tomaso drained the final shot before the break to put Hudson up by three, 27-24.

Robinson returned to the court to begin the second half as the Bluehawks looked to keep the pressure on the Spartans. Hudson widened their lead to nine points by the 5:30 mark of the third quarter, but Greenville knocked down another three to make it 35-28 and took a timeout to try and control the momentum.

Robinson missed two foul shots shortly thereafter, but Maines stole the ball back at the other end and took it the full length of the court for a layup. He hit a perfect floater on Hudson’s next possession as well.

The Spartans took another timeout, this time to regroup on defense, after Wallace took a mid-range jumper that fell through the net like a hot knife through butter. After Cody Thompson made a three pointer for Greenville and Trey Smith missed one at the horn, Hudson was still ahead 45-37 going into the fourth.

After going back up by ten points, Maines was given a technical foul as frustration set in on a no-call. He dribbled through every Spartan on the floor from baseline to baseline, and there was plenty of contact to warrant some kind of foul on a shot attempt. However, his outburst gave Greenville two shots and the ball, and they cut the lead to 47-40 with 6:30 remaining.

Hudson was almost given another technical when Kameron Taylor ripped down a rebound that Jack Motta tried to pry from his grasp as he landed. Taylor ripped it away as a jump ball was called but got in Motta’s face and stared him down, prompting the official to send him to the bench for a few plays, but graciously did not call a technical.

The Bluehawks kept the intensity at a high level to keep the Spartans’ efforts at bay, and it paid off. Robinson hustled for multiple offensive rebounds down the stretch as teammates looked for extra passes to find the open man. Maines capped off one of these second chance opportunities with a layup as the shot clock expired to put an exclamation point on the offense. With Greenville already in the double bonus with over two minutes to go, they only came within 11 points of Hudson the rest of the way.

Maines went down in the final minute at mid-court with a cramp or some kind of twinge in his left knee but he was up and stretching it as soon as he got helped to the bench.

With next to no time on the clock, the buzzer sounded shortly and the Hudson Bluehawks defeated the Greenville Spartans by a 62-51 final score at home.

“Total team effort tonight,” Briscoe said. “We got after it on the defensive end, which needs to be our staple, night in and night out. Defense is our ticket to winning games and the guys are really starting to buy in and we are getting better each day.

“Isaiah was all over the place for us and Dezmond played huge minutes, giving us an extra rebounder and an inside presence. Kam Taylor was huge on the boards and Keith made some big free throws down the stretch.”