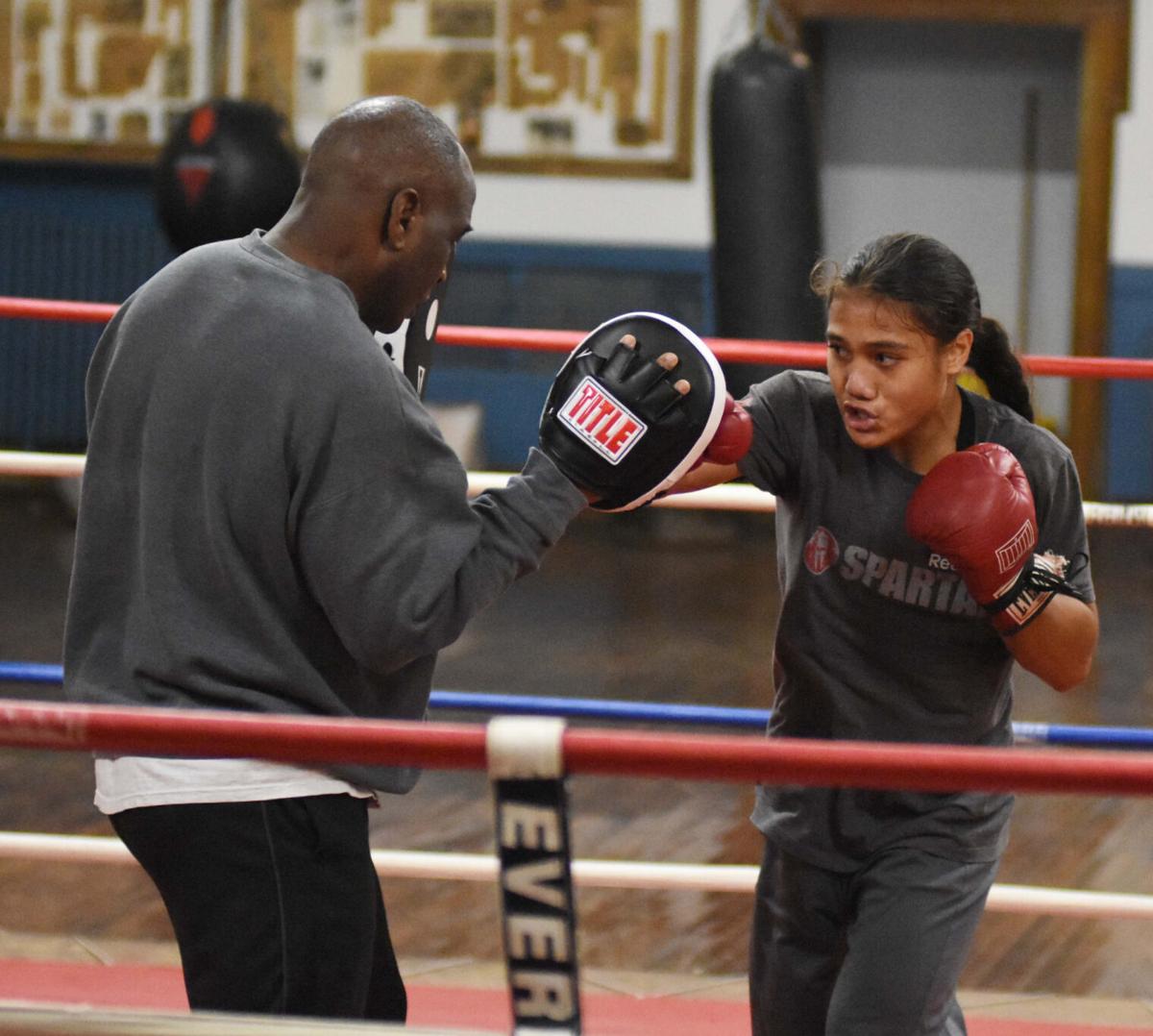 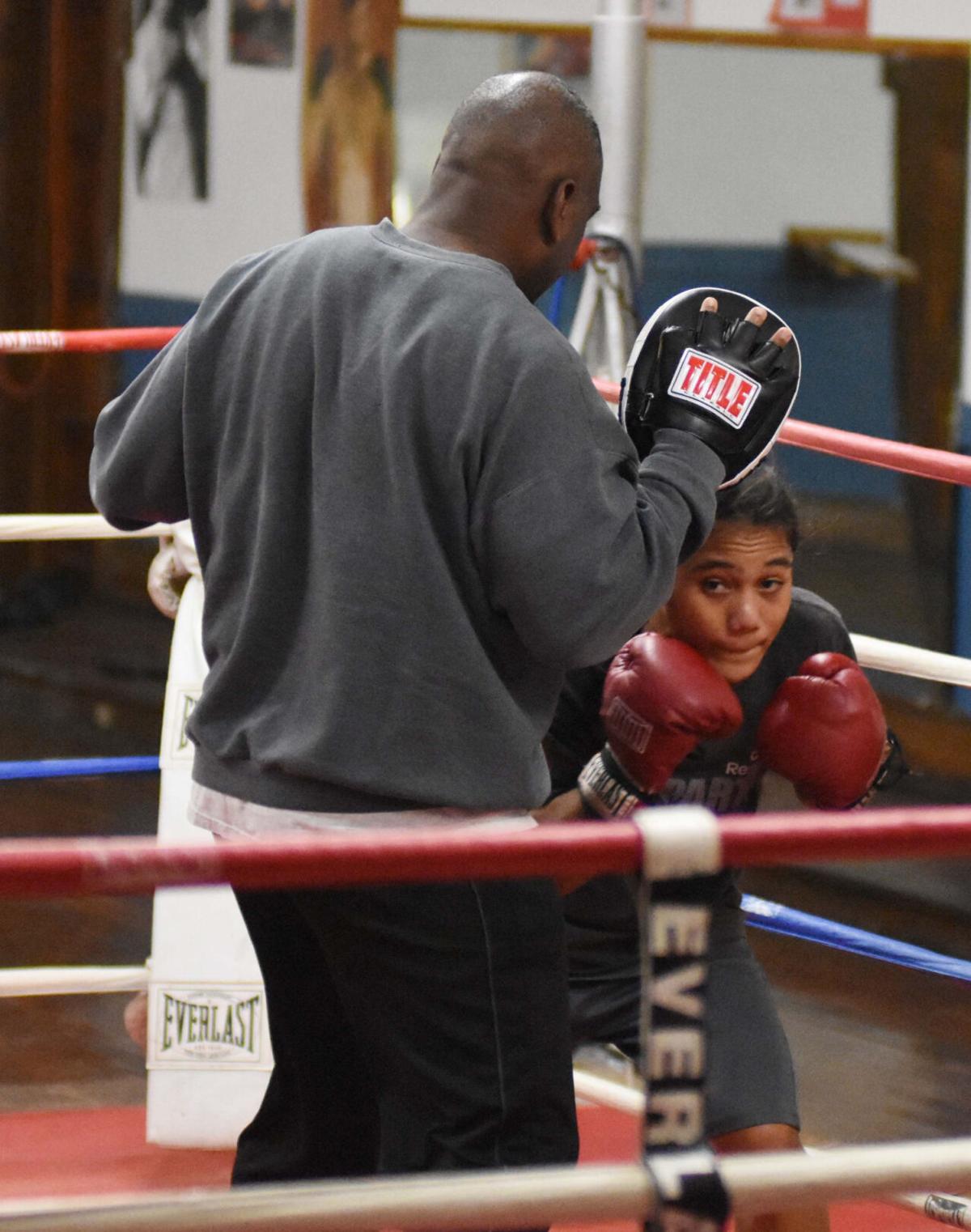 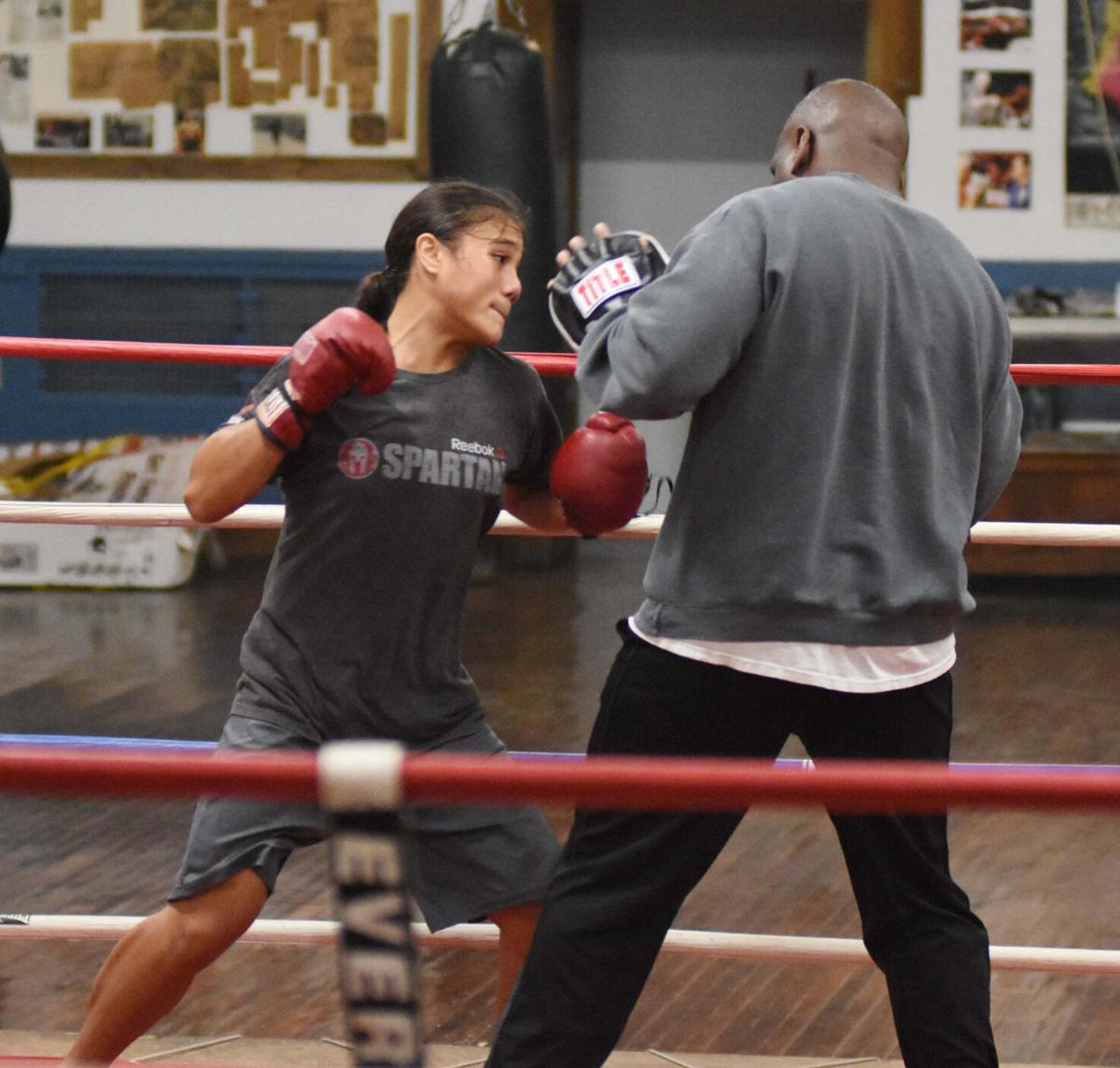 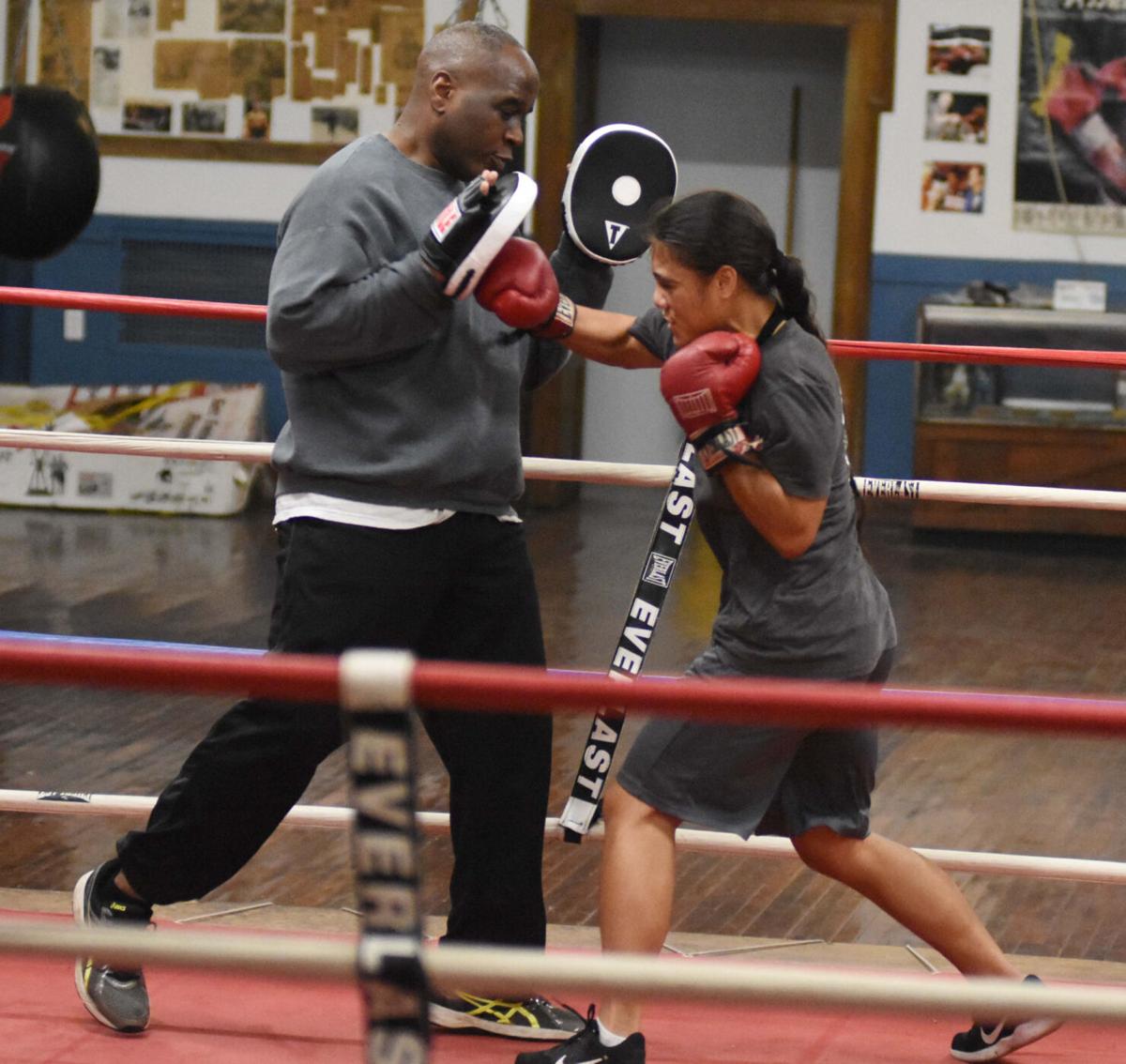 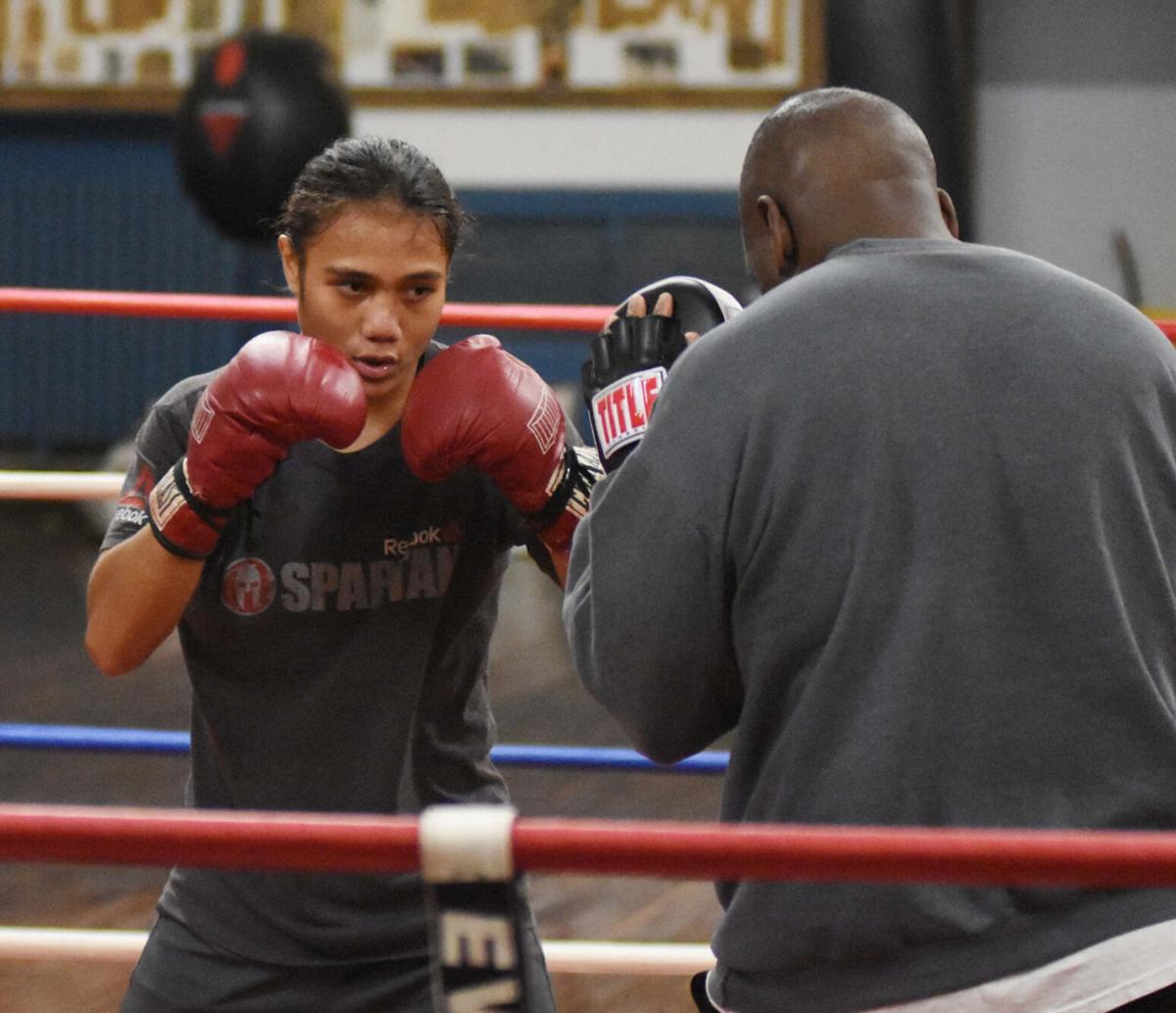 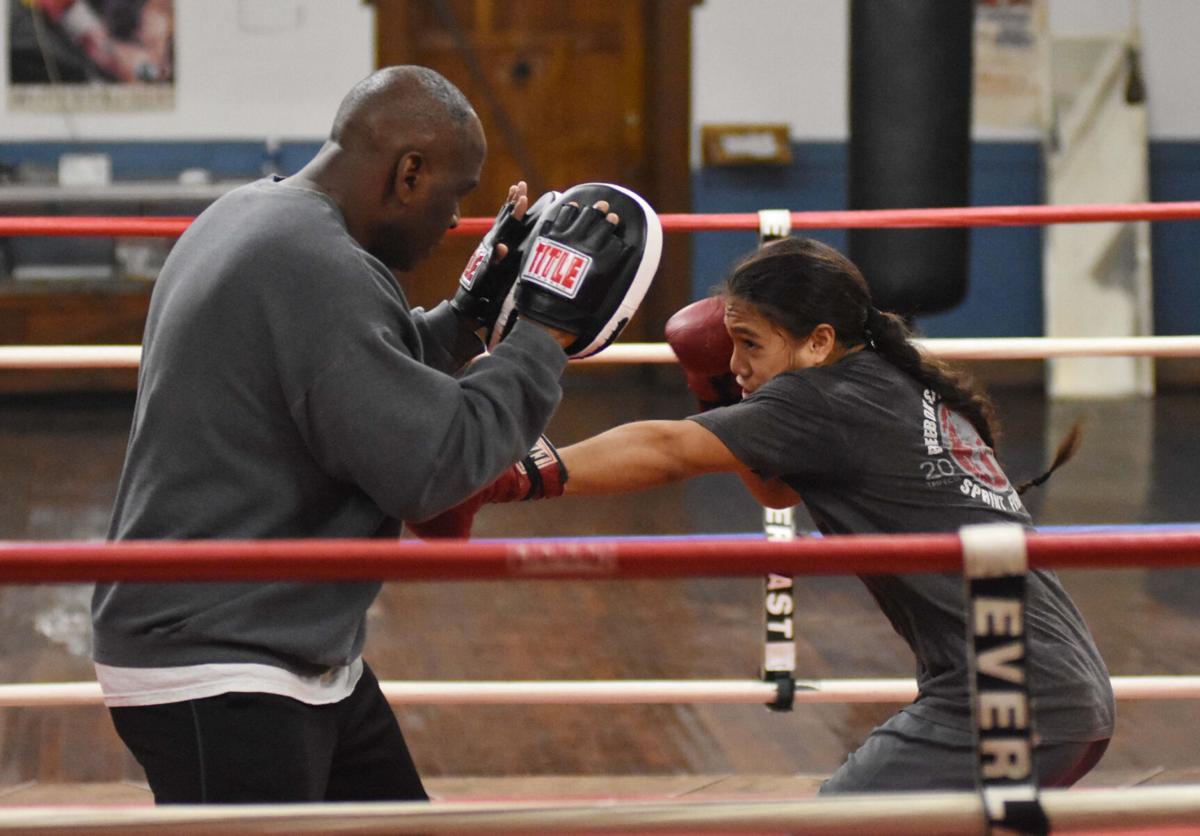 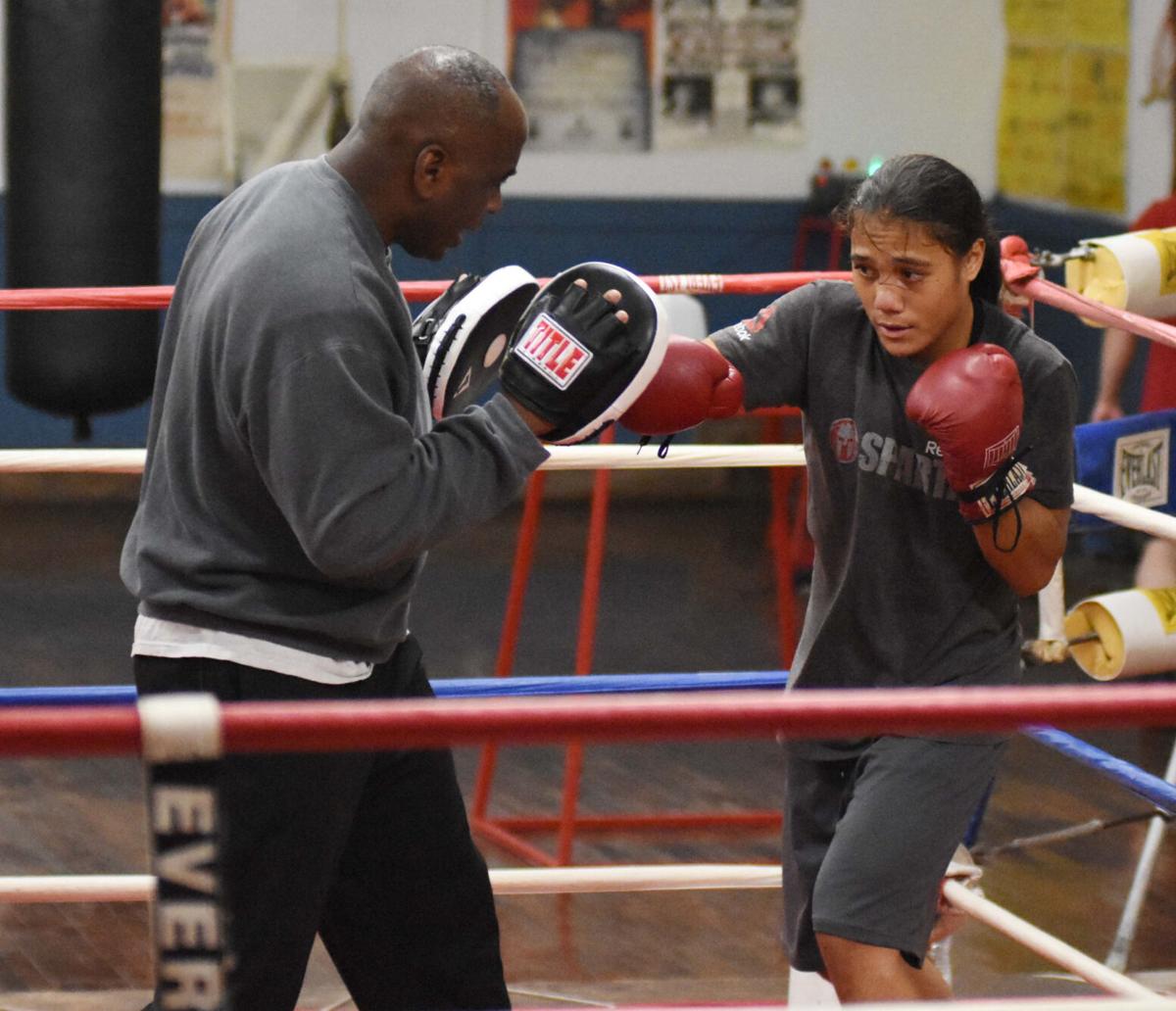 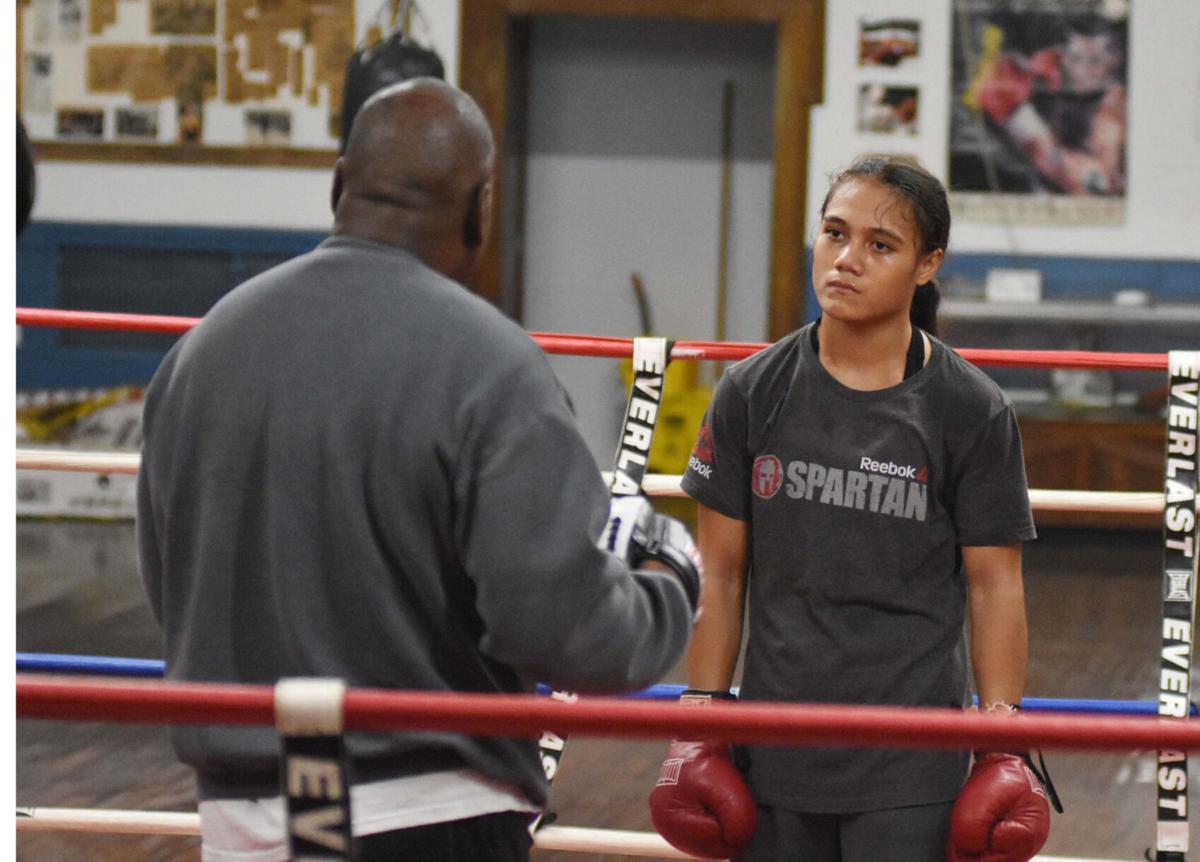 After earning a four-round unanaimous decision over Jaica Pavilus in her pro debut, Faiva has chalked up two more wins in spectacular fashion, beating Camille Casson and Myasia Oglesby in first-round stoppages.

The biggest difference between her first fight and the next two was ‘being effectively aggressive,’ according to Faiva, who said she could tell within the first few seconds that her opponents were in for a tough night.

“It was their body language,” Faiva said. “They easily become defenseless and put themselves in a position where they can’t punch.”

Darren Ruff, who co-trains Faiva along with George Young, said his young fighter’s improvements can be attributed to the work she puts in between fights.

“I’ve seen her progress over the last three months,” Ruff said. “She’s gone from what they call a stationary target, a flat-footed fighter to now she’s becoming an all-around boxer where she can move her feet and move from side to side and punch from different angles.

“Before, she’d be right in front and it was like hitting the heavy bag. Now, we have her moving a little bit more and being more of a boxer-puncher. So now she’s not punching and staying in the middle, she’s punching and moving, punching and moving. The object is to hit and not get hit and when she’s moving her feet like that, she’s in position to even land more punches at different angles, and the way she punches, it’s going to be tough for them to stand up.”

As impressive as she’s been in the early stages of her career, Ruff feels his young fighter has just scratched the surface of her potential.

“She has a lot of potential,” Ruff said. “She’s a quick learner, she works hard and she puts in a lot of time to perfect what she’s trying to do. She’s a great listener, a great student and she’s always looking to improve and get better. That’s what I like about her. You find very few young boxers that are willing to put in the work that she does and willing to listen. That’s huge.”

“Back in the day you had those hungry fighters that came from different backgrounds. She’s one of those types of fighters where she’s hungry. Like the old Rocky movie, she’s got the Eye of the Tiger. She’s always looking to get better, always looking to be the best she can be and she works hard every day.”

Ruff learned the boxing game from the likes of Cus D’Amato, Teddy Atlas and Kevin Rooney and is passing on that knowledge to Faiva. So far, his young protege has been a quick study.

“People learn at different stages,” Ruff said. “Some people learn right away and some are late bloomers. She’s a quick learner. She looks at it, she studies it and then she practices it. She practices it until she gets it to the point where it becomes instinctive, and that’s good.

Through her first three fights, Faiva’s winning formula has been simple.

“I approach each fight the same way, doing what I do here in the gym,” Faiva said. “I don’t think too far ahead, I only focus on what I’m going to do and not the outcome.”

Ruff has seen enough to know that the future is bright for Faiva.

“If she continues to progress, she will eventually become a champion,” Ruff said. “I boxed for a long period of time and I’ve watched a lot of women boxers over the years and I can honestly say I have never seen a female fight the way she fights. The way she punches and the way she moves, she’s only going to get better. When she punches, she puts everything behind it. When she misses, she’s in postion to come right back. Her balance is always good, her footwork is good, so she has a lot of upside.”

Like Ruff, Faiva’s manager, Kyle Lyles, feels a strong work ethic has been key in Faiva progressing as quickly as she has.

“Fei is so dedicated to getting better and better. We had the opportunity to look at her first fight and we saw some flaws. Since then, we’ve worked on them and has definitely got better. Some of the things we looked at right away was she wasn’t keeping the space or creating space to deliver her punches and, therefore, she allowed her opponent to hold, which should never happen. Since then, we worked on her footwork, making sure she created space and off of all of her movements, throwing punches.

“In her last fight, she exhibited exactly what we’ve been working on since the first fight. She’s creating space, she’s moving her head and feet and it looks beautiful. It’s like a work of art. She got there for two reasons: A, she’s so dedicated at working hard and getting better, and B, her trainers have worked with her on those few things that were flaws and corrected them.”

Lyles has reached out to long-time friend Mike Tyson and the former world heavyweight champion is impressed with what he’s seen of Faiva.

“We’re trying to tie the Cus D’Amato legacy into what Cus did for Mike Tyson and we’ve been in contact with Mike and told him a little bit about her. We sent him video of her last fight and he was excited with what he saw. He said the way she fights looks like a young Mike Tyson. He was really excited about it and said she inspired him. That in itself made us happy.”

Lyles envisions Faiva following a similar path as Tyson, fighting often and building an impressive resume before challenging for a world title.

“She continues to improve every day, she continues to work hard every day and as long as we stay focused and on the track, I see greatness,” Lyles said. “Just like Mike used to say he’s the ‘baddest man on the planet,’ we’re going to take our time and we’re not rushing anything, but when it’s all said and done, our goal, through this style and through hard work, is to make her the baddest female on the planet.”

Faiva’s next fight is slated for Nov. 20 in Daytona Beach, Fla. against a yet to be determined opponent. She was originally scheduled to fight Carisse Brown, but Brown suffered a contusion to her head in her last fight and had to be scratched from the card. After that is a Dec. 12 fight in Atlanta, Ga. against Anyela Lopez.

Once the holidays are over, Lyles plans on sitting down with Faiva, Ruff and Young to reassess where they’re at.

“We’re going to reset and set new goals of what we’re going to do moving forward,” Lyles explained. “Right now, the discussion is going to be, do we continue with four-round fights or do we move her into six-round fights? There’s no hurry, though.

“Initially, our goal was to get her 10 fights at four rounds by the spring of next year, then move her into six-round fights and try to get her five fights by her anniversary date of when she turned pro. By that time, she’d hopefully be 15-0 with 12-14 knockouts and now we start to talk about who do we want to fight for a title. We won’t jump on it right away, but we’ll gradually, over maybe five more fights, set her up so that by her second-year anniversary she’ll have a title.”