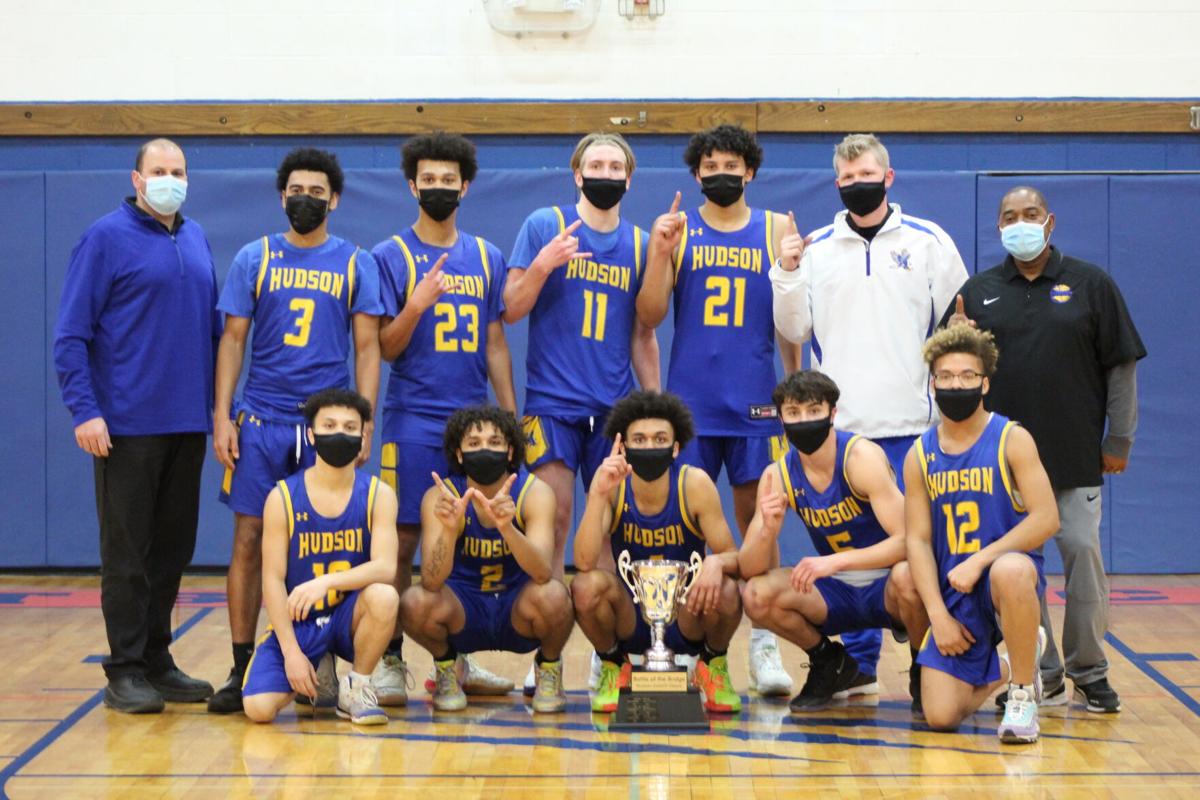 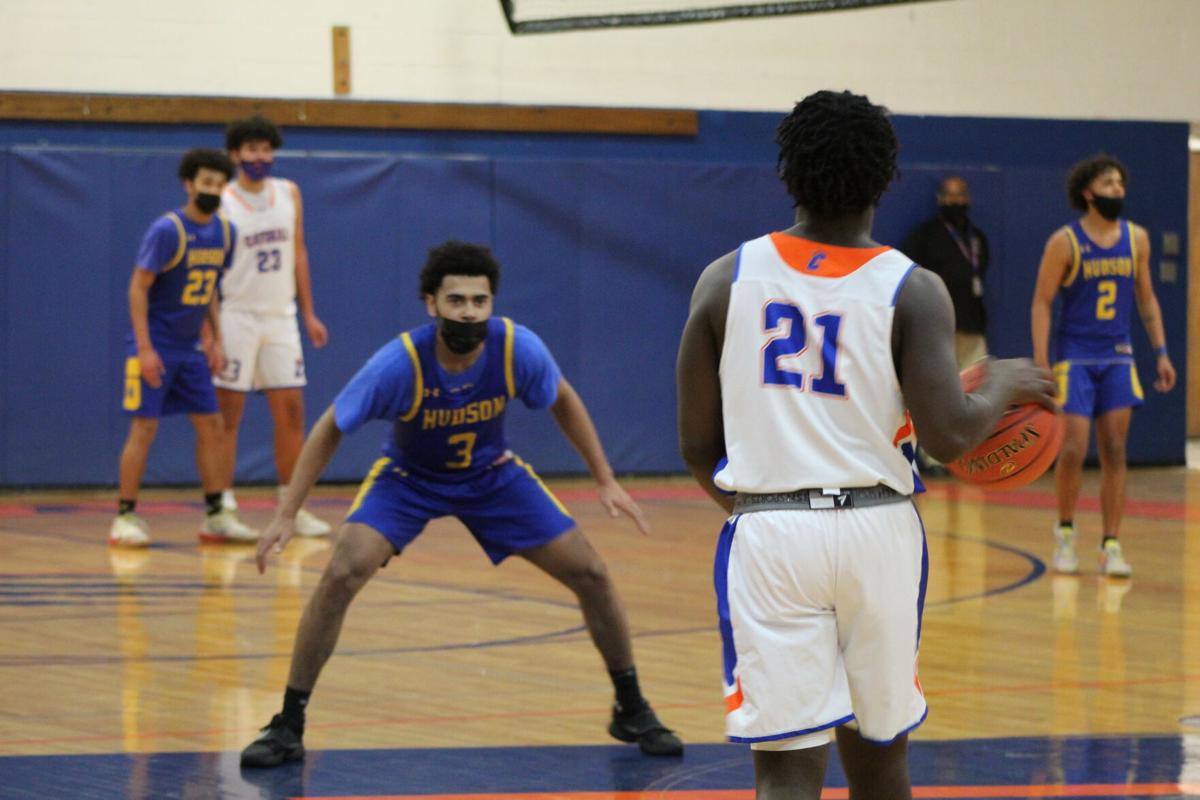 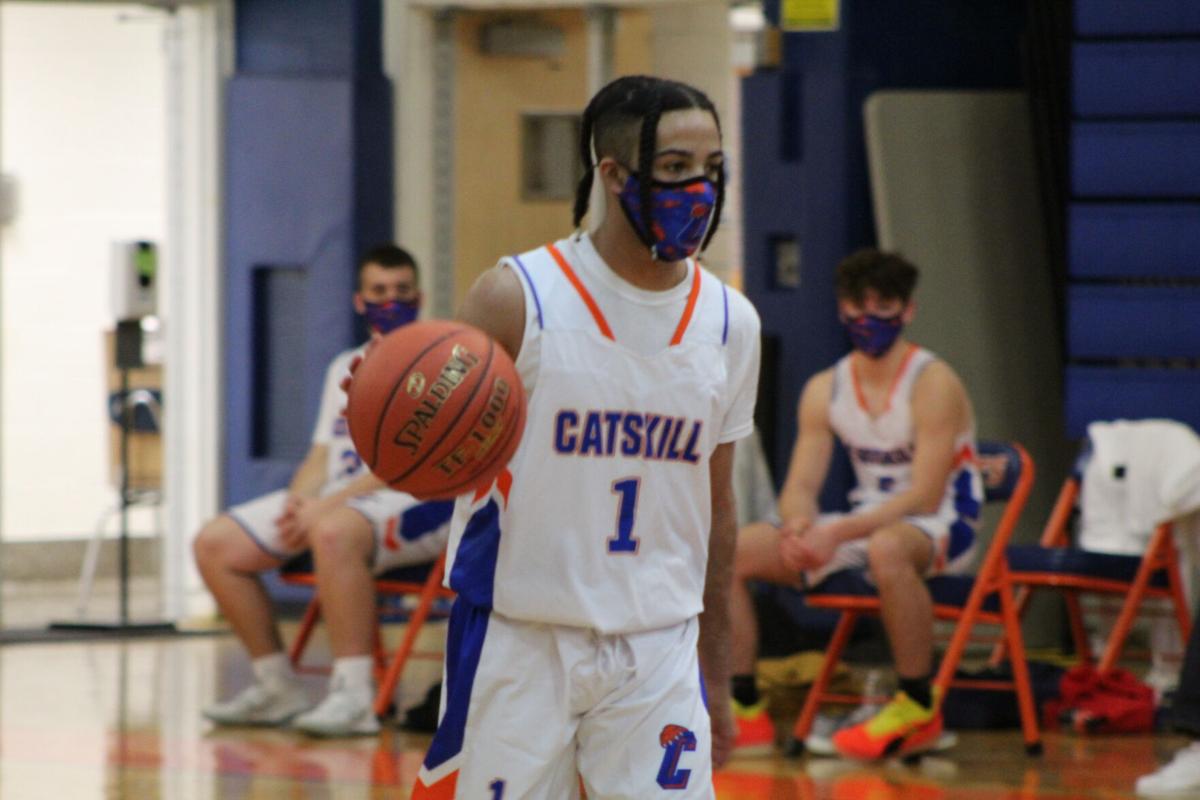 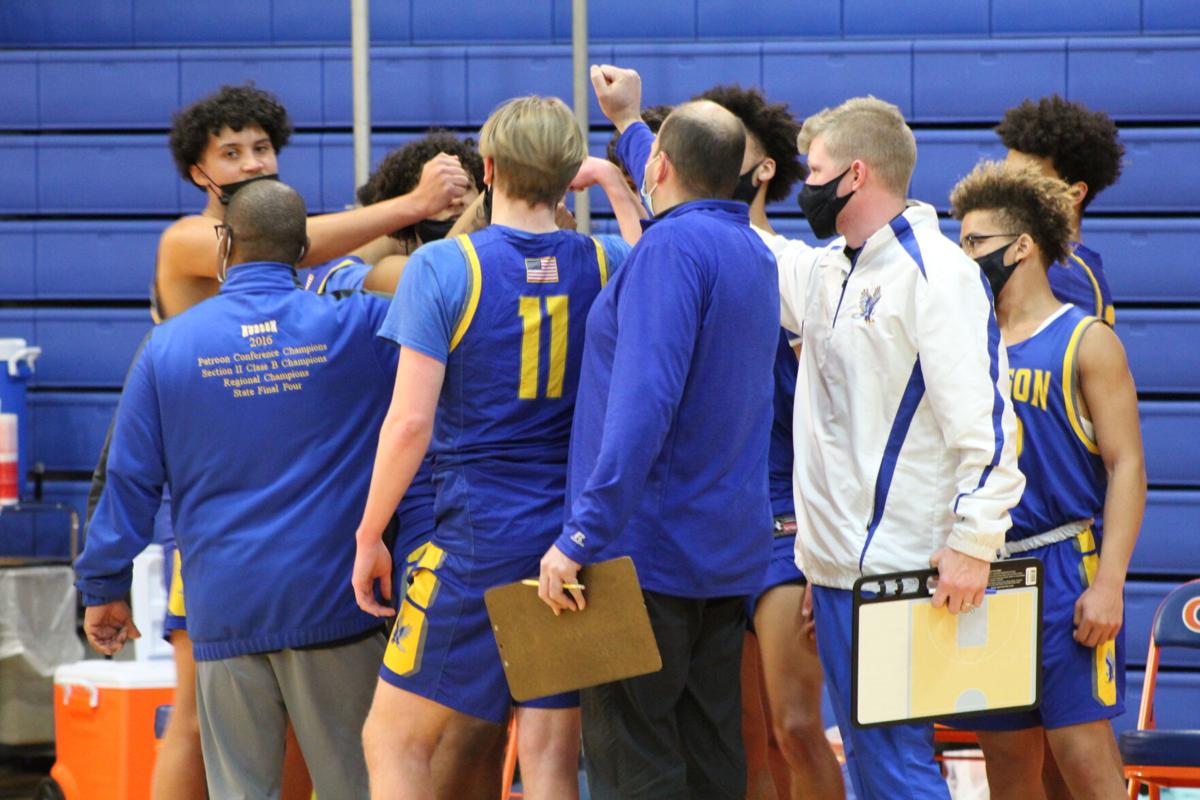 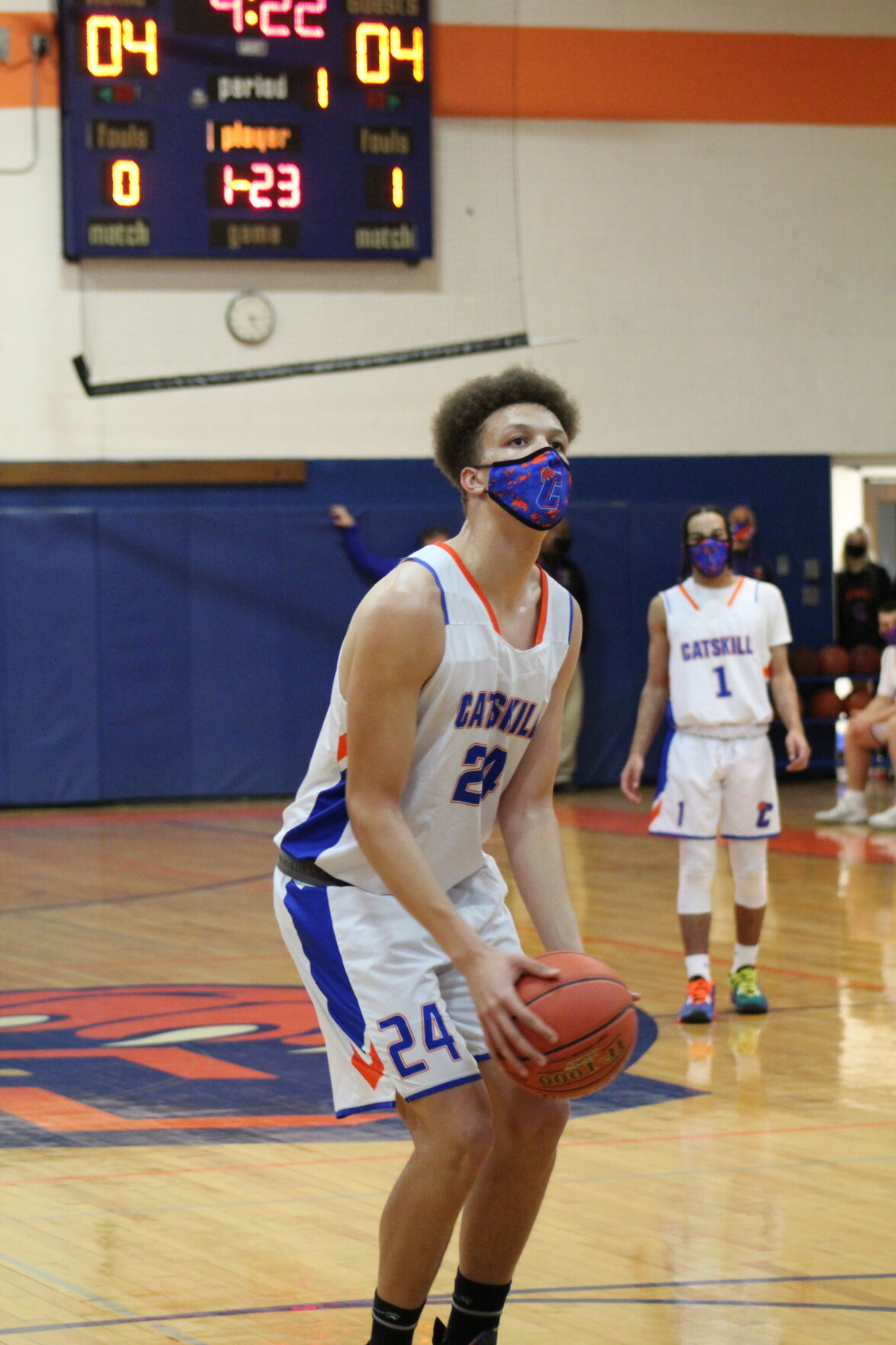 CATSKILL -- The Hudson Bluehawks won a 51-49 thriller at the buzzer Friday night, against their rivals across the river in Catskill.

The Battle of the Bridge trophy sat in the Catskill Cats’ trophy case for over one full year, after their blowout win in December 2019. Catskill’s Logan Scott led all players with 21 points, but Hudson’s Isaiah Maines scored 20 of his own, including the game winning layup at the buzzer.

The first few minutes of the game were competitive for both sides, yet each team committed multiple offensive fouls to disrupt their momentum. With the score tied 4-4, the Bluehawks went on a 7-0 run to go up 11-4 with less than two minutes left in the period.

The Cats had a chance for a last shot on an inbound play, but missed the attempt to end the quarter trailing 16-6.

Catskill’s defense improved early in the second quarter, and the Cats were putting points together which forced the Bluehawks to use a timeout. As Hudson’s shooting went cold, Catskill chipped away at the lead to get within three points with 2:30 left in the half.

Catskill’s Sean Haye was fouled with just over ten seconds remaining, and he tied the game at 24 at the foul line. Hudson lost the ball on their final chance before halftime, and it remained tied 24-24 at the break.

The teams traded a few baskets back and forth to start the third period, but Hudson’s Victor Gorman knocked down a three pointer at the top of the arc to extend the Bluehawk lead to five.

With the Cats down by eight, Cameron Lyles nailed a three from the left wing to bring the lead back down to five. Hudson took a timeout after bringing the lead back up to eight points, 39-31, with 1:17 left in the third.

Moments later, Haye got to the line for Catskill, after being fouled on a designed inbound play that freed him up in the paint and Hudson had no choice but to foul him. Haye made the first shot but missed the second, and the game entered the fourth with the Bluehawks still ahead 41-34.

Late in that previous quarter, and early in this final one, Catskill was failing to convert Hudson turnovers and mistakes into points on the scoreboard, which ultimately hurt them down the stretch.

Nevertheless, Catskill’s Logan Scott was fouled in the paint as he made a layup, and knocked down the free throw to cut the lead to 45-43 with about three minutes left in regulation.

The Cats took a full timeout two possessions later, still trailing by two points at the 2:26 mark. Catskill made a crucial error out of the timeout, throwing the ball out of bounds, and Hudson’s Caleb Romano made them pay at the other end with a layup to widen the lead to four points.

Thanks to a putback on a missed layup a few possessions later, Hudson’s lead was cut to one point with under a minute left in the game. There was miscommunication on the other end for Hudson, as Romano lost the ball in the lane with 29.1 seconds to go, giving the Cats another chance.

Catskill’s Leviticus Johnson was fouled on the subsequent play and was sent to the free throw line with a chance to get the Cats their first lead of the entire game.

Johnson made the first shot, but missed the second and a timeout was called with the score knotted at 49, with 13.7 seconds on the clock. On their final play, Hudson got the ball to Isaiah Maines and he drove down the lane to the basket and hit a layup to break the tie.

The buzzer sounded after the shot went in, but after a conference between the referees, they put one second back on the clock. Unfortunately for Catskill, they had to throw a long pass from the opposite end of the court, and it was stolen by Caleb Romano to end this 51-49 nail-biter and send the Battle of the Bridge trophy back to the display case in Hudson.